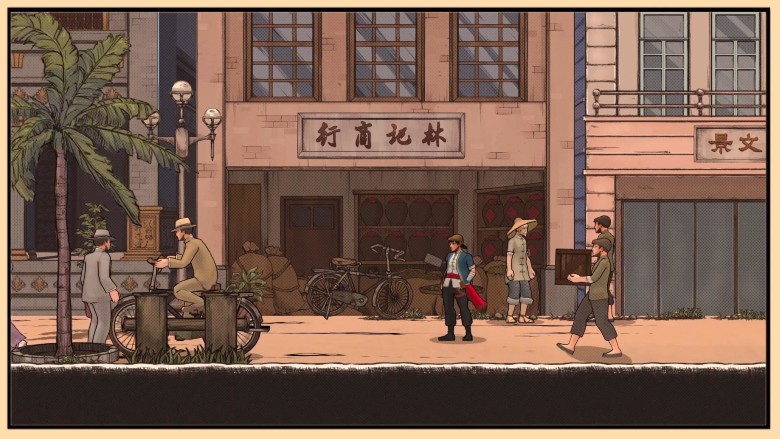 HISTORYHIT.TV A new online only channel for history lovers
Sign Me Up
The Legend of Tianding screenshot
Image Credit: Neon Doctrine

Games interact with history in lots of different ways, not just through the medium of a rifle scope. Indie games are well placed to explore, remember and otherwise engage with the past in novel ways.

Here are five indie games taking on historical subjects that we’re looking forward to. Some of these games are fragrant with nostalgia, others take a pointed look at specific historical events, while another revels in a sense of deep time. 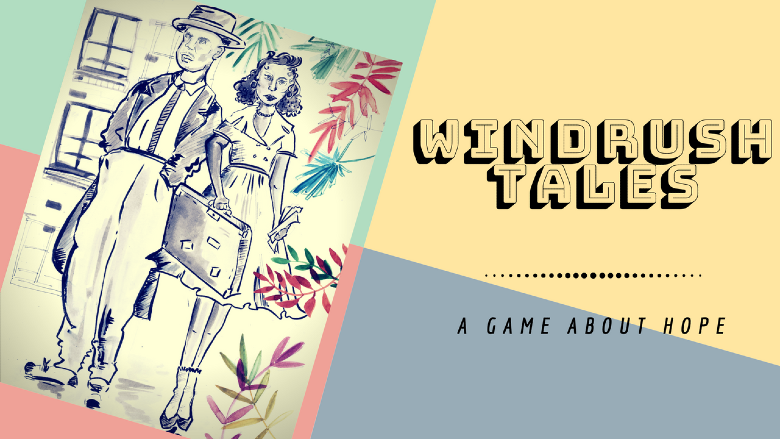 We’ve been eagerly anticipating Windrush Tales for some time, so don’t expect an imminent release. Nonetheless, Windrush Tales is billed as a game about hope. It’s a branching narrative game about two people who leave the Caribbean to start a new life in Britain in the 1950s.

Its focus on the history of migration to Britain from the West Indies during the postwar period, often labelled the Windrush Generation for the iconic ship Empire Windrush, makes this game regrettably singular. Windrush Tales addresses the challenges of hostility and bigotry experienced by postwar immigrants, and also the courage and determination that was necessary to withstand it.

It’s in development principally by writers Chella Ramaman and Corey Brotherson. Ramaman previously worked on the BAFTA-nominated Before I Forget, a compassionate tale centring a woman suffering from dementia. 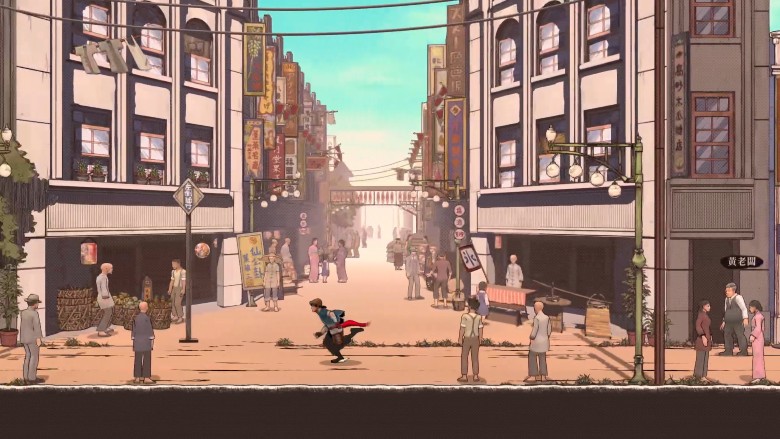 The Legend of Tianding screenshot

The Legend of Tianding takes place in the streets of Taiwan at the turn of the 20th century, during the early years of Japanese occupation. This was a period in which the colonial government had absolute power and brutally suppressed dissent.

In The Legend of Tianding, the player takes on the role of Taiwanese folk hero Liao Tianding. Tianding was an outlaw who died in 1909 and subsequently achieved a legendary status often compared with Robin Hood. In this side scrolling action game, the player will rob the rich, feed the poor, and undermine the colonial authority in Taipei.

3. A Space For The Unbound 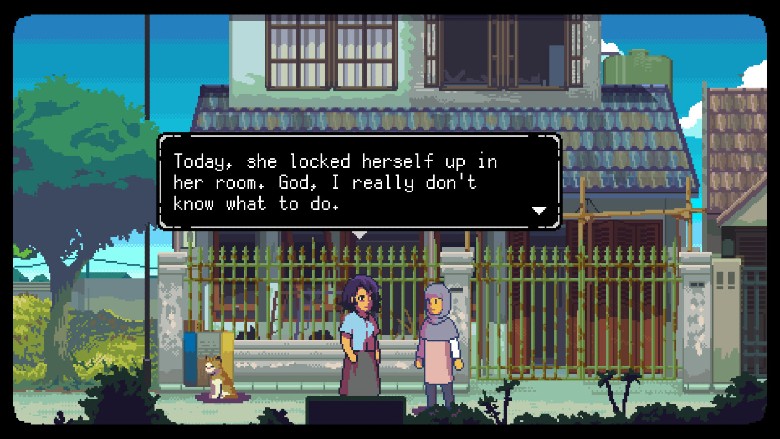 A Space For The Unbound screenshot

Pixel art adventure game A Space For The Unbound is set in rural Indonesia during the 1990s. The narrative depicts a coming of age story of two characters, Atma and Raya. It’s a personal slice-of-life game, inspired by small town, 1990s Indonesia and the people that inhabited it.

A Space For The Unbound is developed by Surabaya-based Mojiken Studio and published by Toge Productions. Mojiken Studio previously created the acclaimed point-and-click puzzle game When The Past Was Around, which incorporated a short story about grief, love and memory within its handsome artwork. 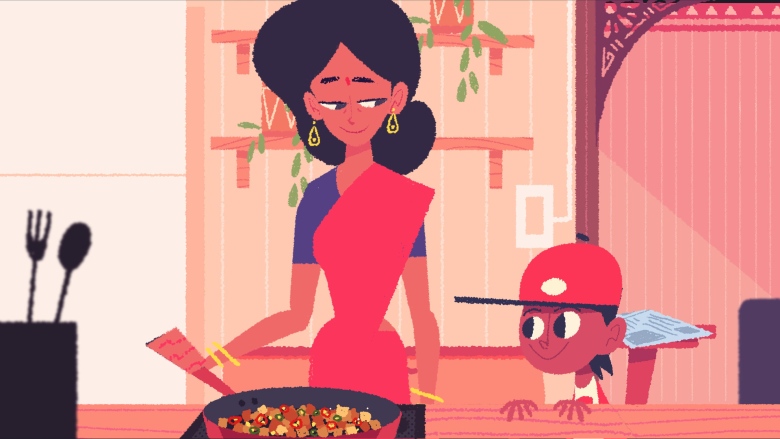 Toronto-based Visai Games’ Venba depicts an Indian mother who immigrates to Canada with her family in the 1980s. Venba asks the player to restore lost recipes and cook dishes from southern Indian cuisine, while exploring the stories of our protagonist’s family.

Venba appears to sketch a vignette of the experiences of Indian immigrants in Canada, particularly the attending feelings of homesickness, alienation and connection. The visuals by artist Sam Elkana are warm and striking, while the game‘s soundtrack is inspired by Indian musicals. 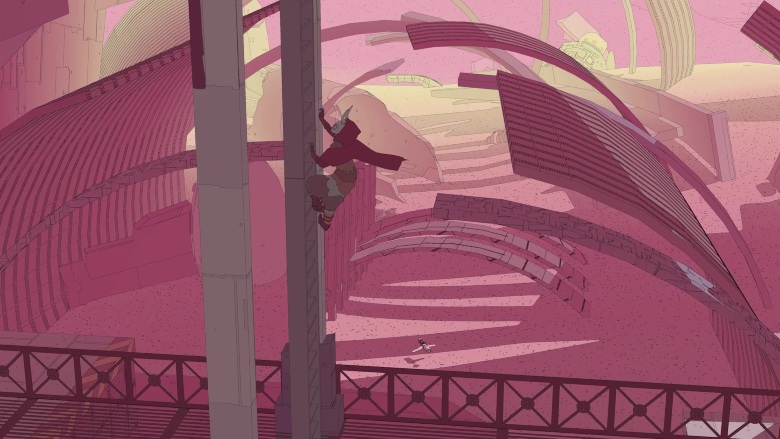 Unlike the other games on this list, Sable does not take place in a discrete historical setting. The way it engages with the past is located in the way a sense of it seems to drip through everything. It’s tangible in the many layers of its desert cliffs and in the wreckage which litters its worn world.

The ruinous landscape at the heart of Sable has been attracting comment since the game was announced in 2018, not least because its art style recalls the iconic illustration of French artist Moebius. Sable is an adventure game developed by Shedworks. It involves lots of climbing and gliding by its protagonist, from whom the game borrows its name. There is no combat. Rather, Sable’s rite-of-passage journey through a desert forms the basis of the game’s science fiction.

Like the ruins we visit on holiday, Sable’s enigmatic landscape invites us to imagine what might have created them. They encourage us to meditate on the fact that our existence amounts to a thin seam layered within a profound chunk of history. As Issa haiku’d: “In this world / We walk on the roof of hell / Gazing at flowers.” Sable releases on 23 September 2021. 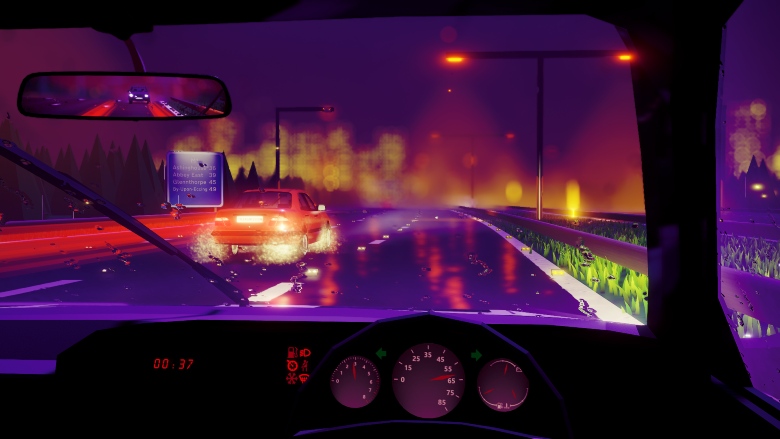 Transmission doesn’t appear to say much about the history that inspires it, but we can’t resist this chilled out 80s-inspired driving game. In Transmission, the player assumes the role of an overnight courier on a rainy night in 1986.

The nostalgic colour palette is all subdued and moody purples and yellows, cut through with dazzling high-beams and brake lights. It’s aimed at cornering the market for people who find the premise “Wake up at midnight, tune the radio to your favourite station and drive” irresistible.

Across an open world of highways and retro skylines, players will deliver packages, learn routes and unlock new (old) vehicles. Transmission is the work of creator Jon Dadley and studio Cardboard Sword. 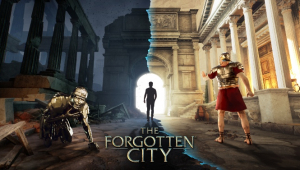 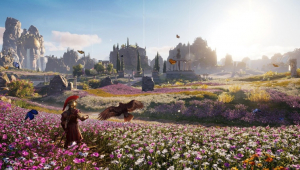 These Games Like Total War Will Keep You Strategizing