Tenochtitlan in Mexico was established on an island in Lake Texcoco in 1325 AD as the capital city of the Aztecs and, in its final and most prosperous days, was ruled by Motecuhzoma II, also known as Montezuma.

At its peak, Tenochtitlan was a thriving and imposing city with around 200,000 inhabitants. It was characterised by its enormous pyramids and clear street grids, dividing Tenochtitlan into four zones.

In 1519 AD, during Montezuma’s rule, Spanish invaders led by Hernán Cortés arrived in Tenochtitlan and by 1521 the city was conquered. Much of Tenochtitlan was subsequently razed to the ground, leaving little behind.

Today, remnants of Tenochtitlan are hard to find as they have been consumed by the development of modern Mexico City. Those Tenochtitlan sites which have been excavated, including five temples of which Templo Mayor is one, are protected on UNESCO’s World Heritage list, however there is no single Aztec site to visit.

One of the most popular Tenochtitlan sites is Xochimilco. This is more of a beautiful park rather than an archaeological ruin, but features waterways that ran from the Aztec era as well as some Chinampas (flower gardens) from that time. Alternatively, see the Templo Mayor entry for a more traditional site.

Chichen Itza is a site made up of two impressive and well preserved cities, built by the Mayas and then captured by the Toltecs. 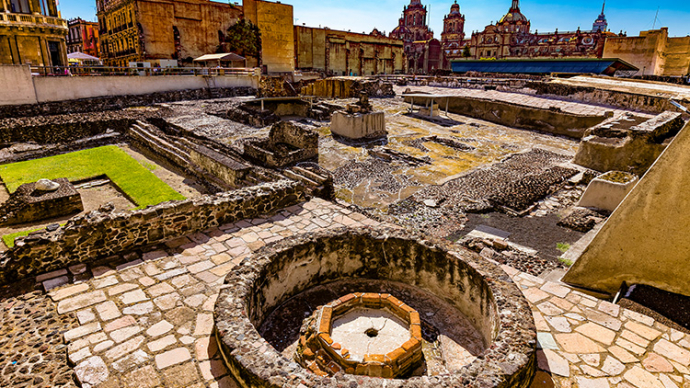 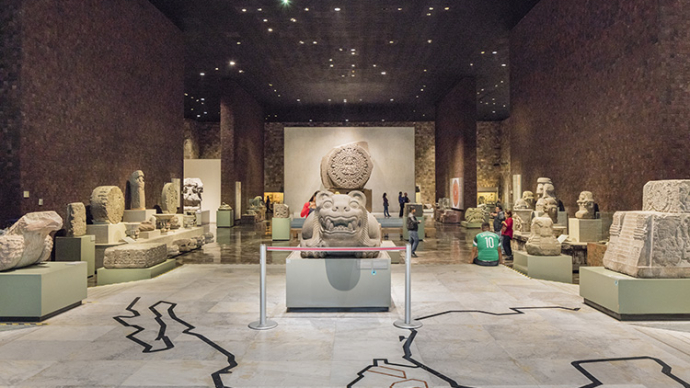 The Mexico National Museum of Anthropology is one of the world’s best renowned museums of pre-Hispanic history.

Just as empires rise and fall so do entry fees and opening hours! While we work as hard as we can to ensure the information provided here about Tenochtitlan is as accurate as possible, the changing nature of certain elements mean we can't absolutely guarantee that these details won't become a thing of the past. If you know of any information on this page that needs updating you can add a comment above or e-mail us.

The Top 10 Tourist Attractions in Mexico

8 of the Best Aztec Ruins in Mexico

10 of the Best Mayan Ruins in Mexico