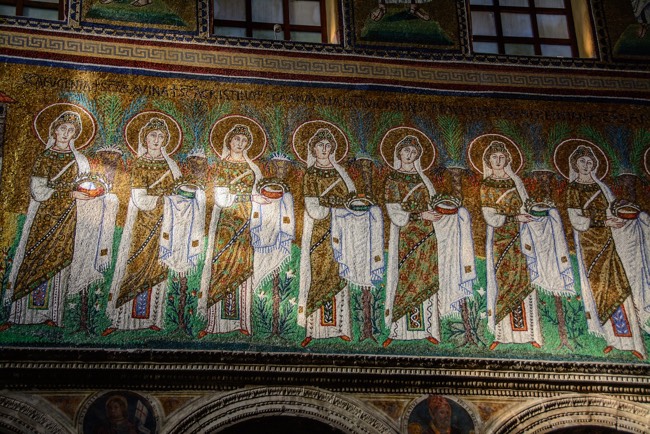 Most of the territories of the Roman Empire were in turmoil for generations after the withdrawal of the Romans from the north and the invasion of various Germanic tribes such as the Goths and the Vandals.

As the Romans withdrew from Britain, the now unchecked Saxons, Angles, Scots and Picts began to compete for control over the island. The northeast of the Roman empire was overwhelmed by the newly established Hun Empire under Attila, as the Germanic tribes roamed west and south.

Scandinavian peoples began to move south due to the attractiveness of lightly occupied areas of northern Europe, settling many parts, including the westernmost coast of the mainland.

One of these groups would establish itself in what is now northern France, and ultimately become the conquerors of England: the Normans.

During the Migration Age, the eastern half of the Roman Empire remained stable. Its position gave it control of many important trade routes, which in turn provided the wealth to pay off potential invaders.

The Huns, the primary threat in the region, were bought off until 453AD after which they disbanded due to the death of Attila.

In central Europe, a new power was forming: the Carolingian Empire, later to be named the Holy Roman Empire.

The Eastern Empire, governed from the capital, Constantinople, was able to develop and fortify its position in the world, which meant it was able to survive even as the rest of the empire crumbled.

This new Empire placed a heavier emphasis on Hellenic language and culture and the state religion was orthodox Christianity, moving away from the polytheism of the Roman Empire.

The Byzantine Empire maintained the proud grandeur of the previous Empire for almost 1,000 years as the most advanced and powerful force in Europe, whilst retaining a set of advanced cultural and economic practices.

Conversely, the other inheritors of the Empire found themselves in a ‘Dark Age‘. They operated with much smaller forces than were usual in the Classical Age, and clashed over territory abandoned by the Roman Empire, with the concentrations of power in Europe becoming much thinner and more widely distributed.

The real rulers in Rome were the church, or more specifically the bishop of Rome, the Pope and his Catholic Church.

Once the dust from the collapse of the Roman Empire had mostly settled, the Saxons had established kingdoms in Britain, and Scandinavian tribes were raiding and settling from the coasts of western Europe to the rivers of Russia.

In central Europe, a new power was forming: the Carolingian Empire, later to be named the Holy Roman Empire.

The first ruler of this European power was Charlemagne, or Charles I, crowned by Pope Leo III in 800.

His empire would lay the basis for what would become modern France, Germany and Italy, though the official moniker for these regions, the Holy Roman Empire, would survive until 1806.

Rome and the surrounding provinces that make up modern Italy was symbolically still part of the Eastern Roman Empire for a time after the fall of the greater part of the west in the fifth century.

However, it held little importance logistically to those ruling in Constantinople and remained part of the Byzantine Empire only symbolically.

The real rulers in Rome were the church, or more specifically the bishop of Rome, the Pope and his Catholic Church.

This was a power that would grow throughout the early medieval period to the point where it governed almost every important aspect of life in the medieval West.