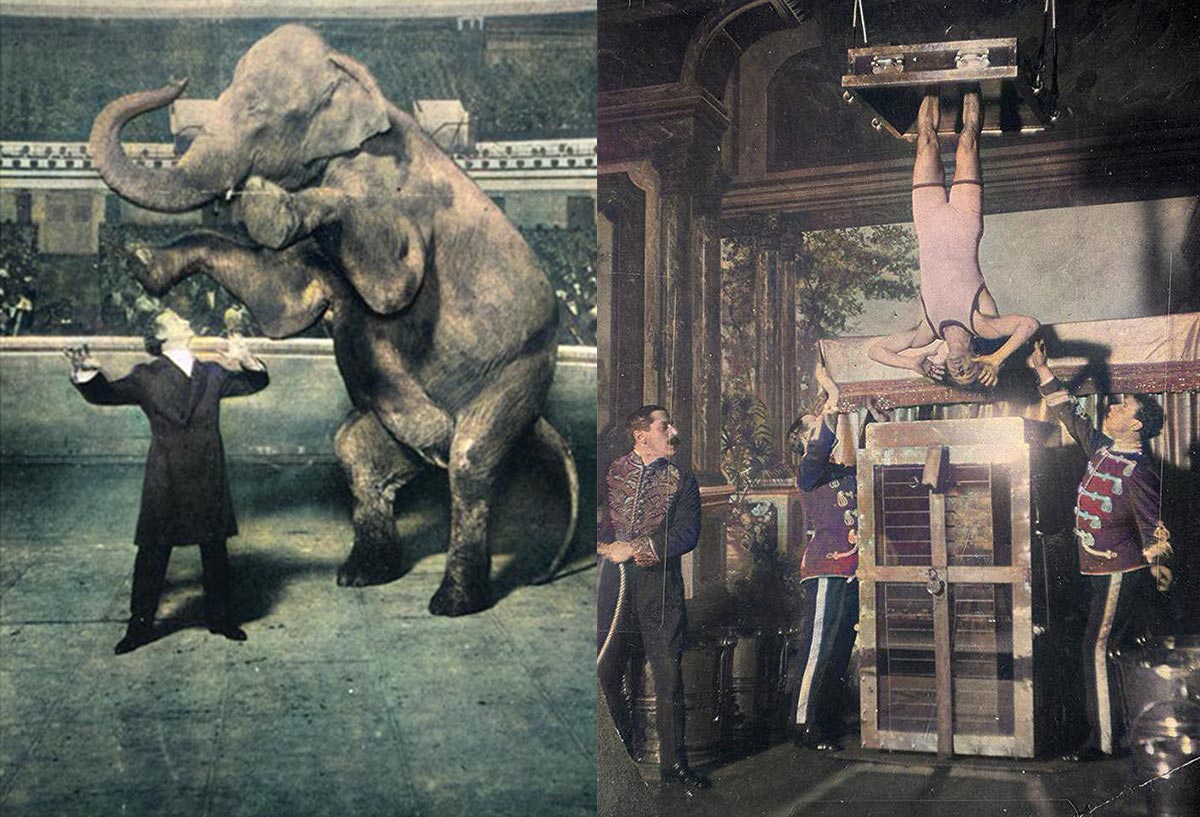 Harry Houdini (1874 – 1926) is one of the greatest illusionists in history. His stunts and tricks have garnered global attention, mystifying and entertaining thousands of people. Born in Budapest, Hungary, Houdini’s family emigrated to the United States, where he became a trapeze performer in circuses at an early age. Houdini performed regularly until his death in 1926.

Here’s a look at 7 of Harry Houdini’s most impressive stunts. 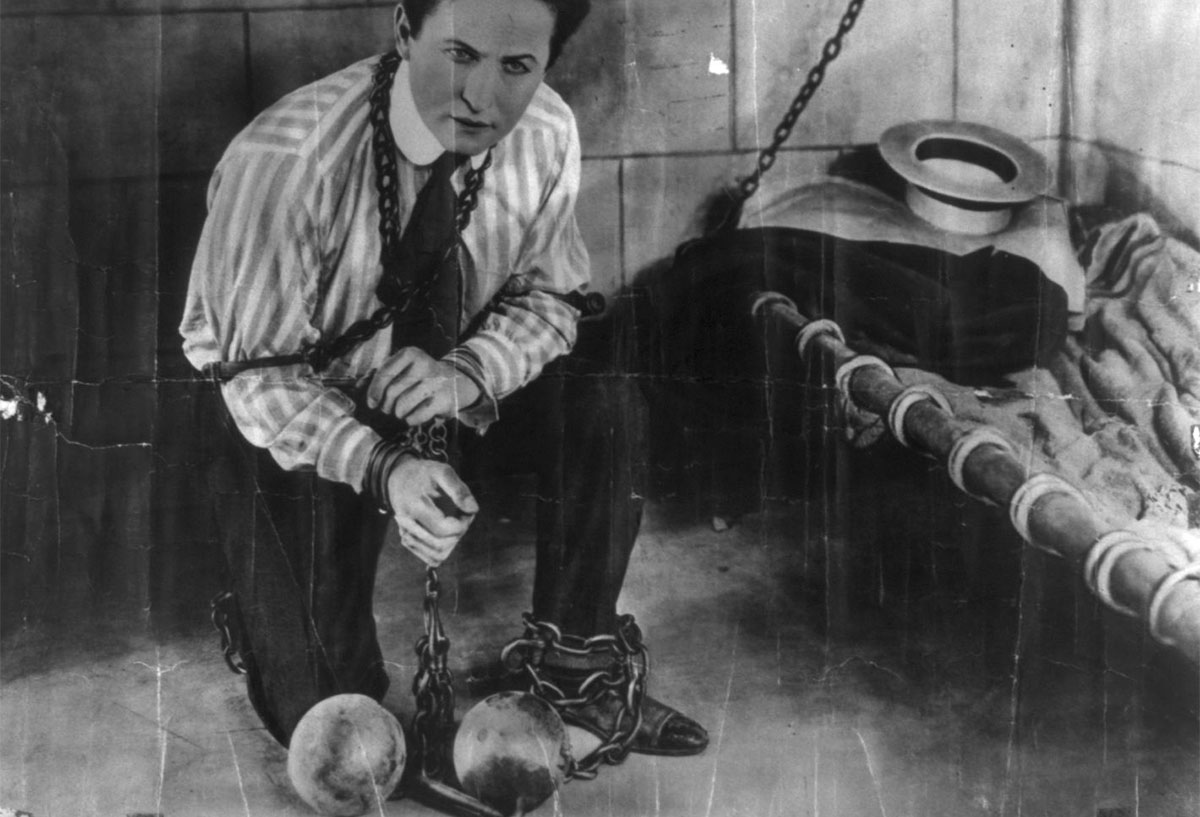 Harry Houdini performing one of his famous escape tricks, circa 1898

From around 1882 Houdini started taking part in Vaudeville shows. His true rise to fame came with the turn of the century following his daring feats of escape from shackles, ropes and handcuffs. 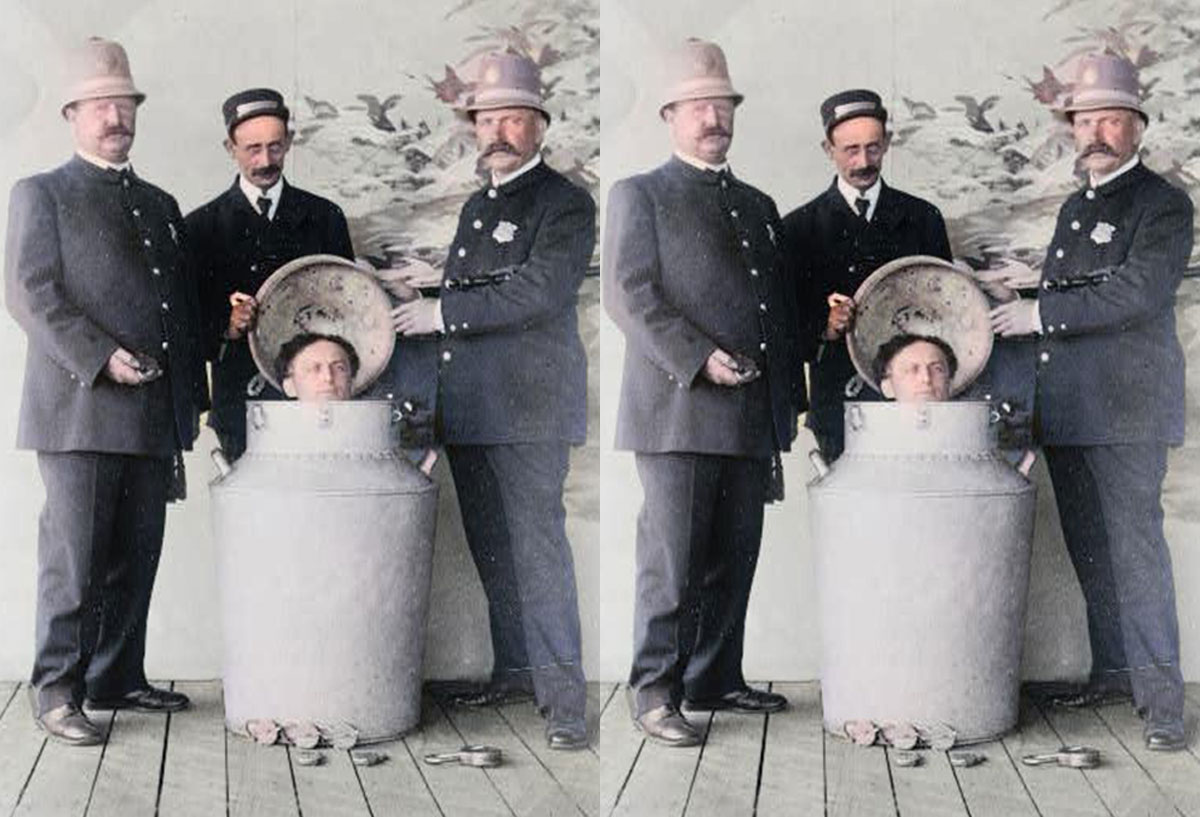 Harry Houdini performs the great milk can escape, circa 1908

Houdini would not only manage to free himself from chains and restraint devices, but he would also host live performances of him breaking out of various locked containers. These would range from anything as small as a milk container to prison cells. 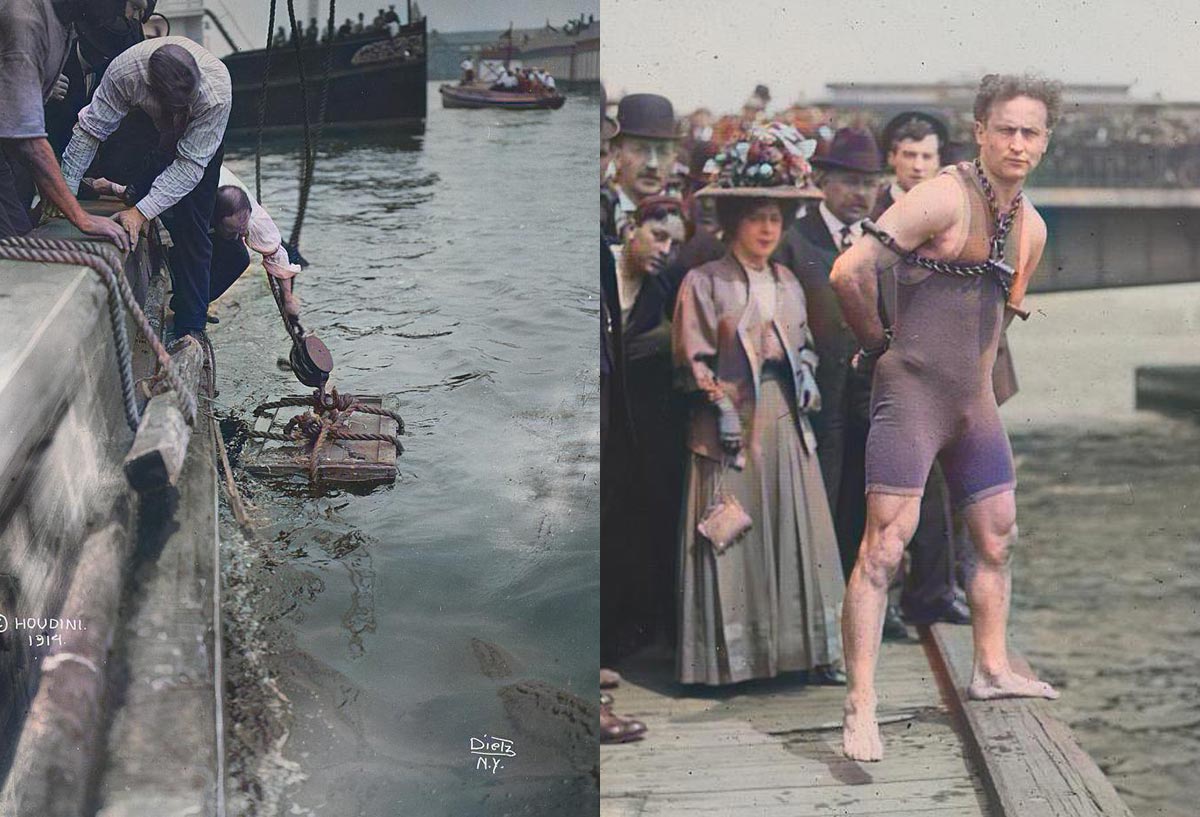 One of Houdini’s most well-known acts involved him being placed into a box that was locked, roped, weighted and then finally submerged beneath a body of water. Houdini would emerge on a nearby boat showing off his miraculous feat. 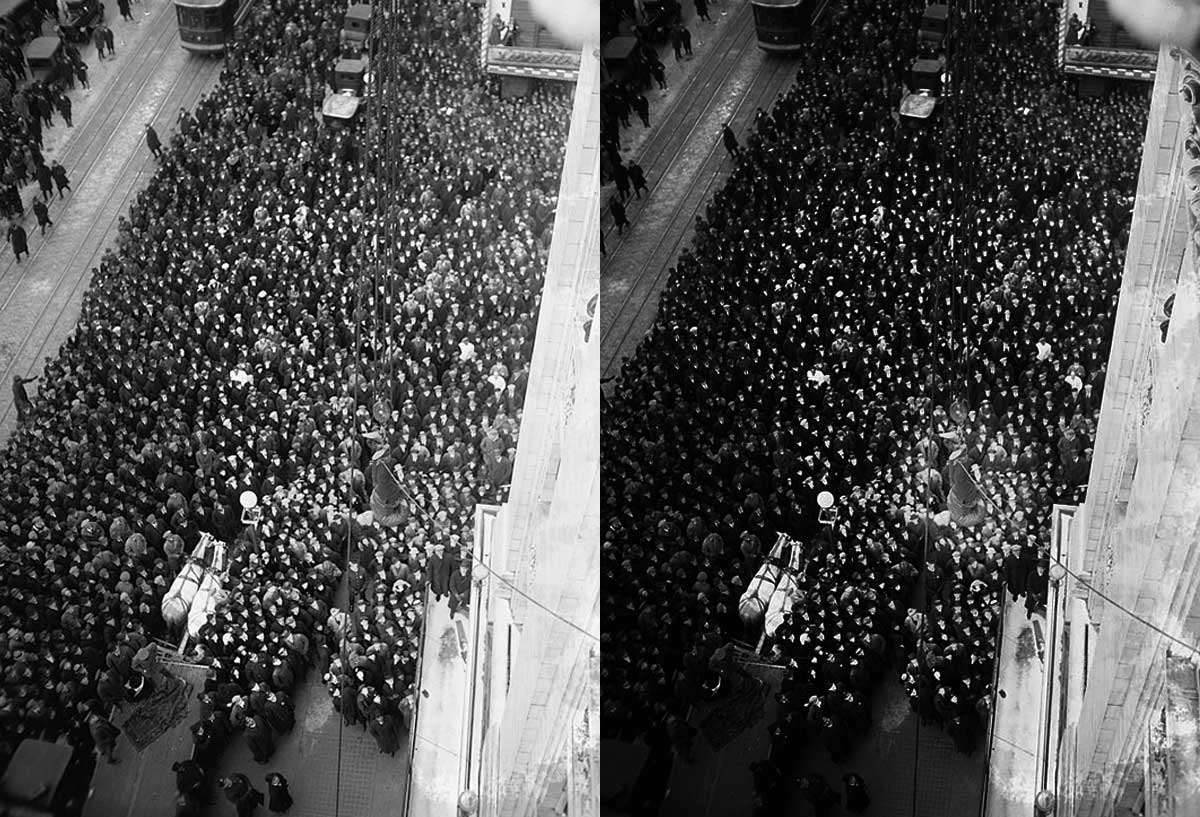 Houdini was also remembered for suspending himself upside down about 23 meters above ground, while freeing himself from a straitjacket. 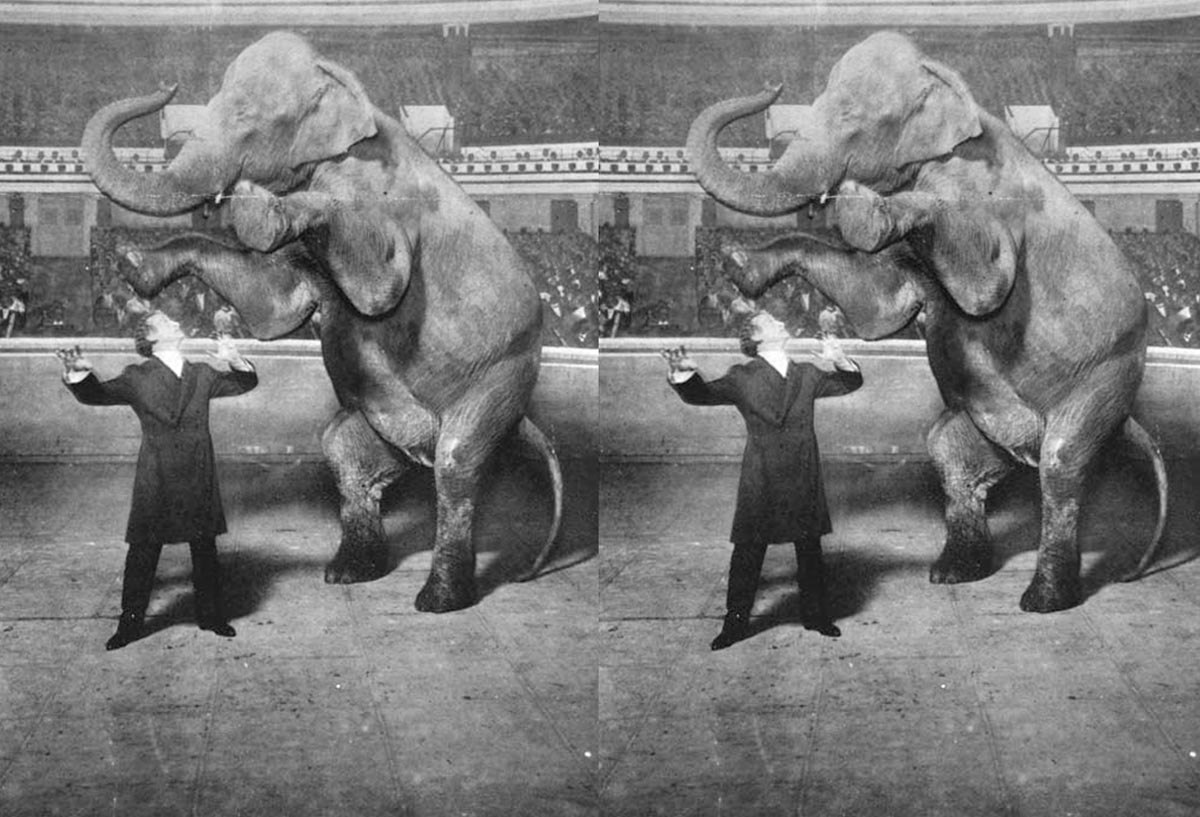 In 1918 Houdini caused a sensation with his act ‘The Vanishing Elephant’. He would fire a pistol, which was followed by the disappearance of Jennie, the elephant. 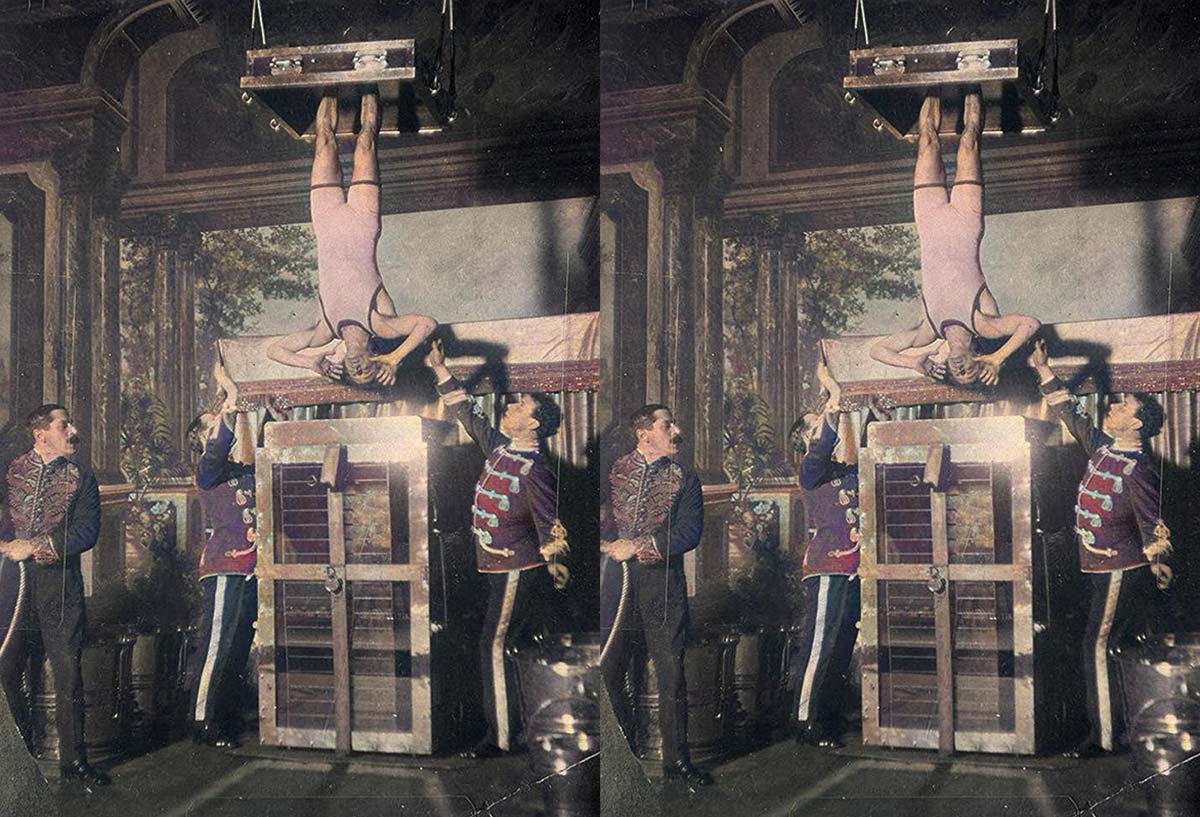 One of Houdini’s most daring acts was the ‘Chinese Water Torture Cell’, which consisted of three parts: first, Houdini’s feet were locked in stocks; next, he was suspended in mid-air from his ankles with a restraint brace; finally, Houdini was lowered into a glass tank overflowing with water from a restraint locked to the top of the cell. 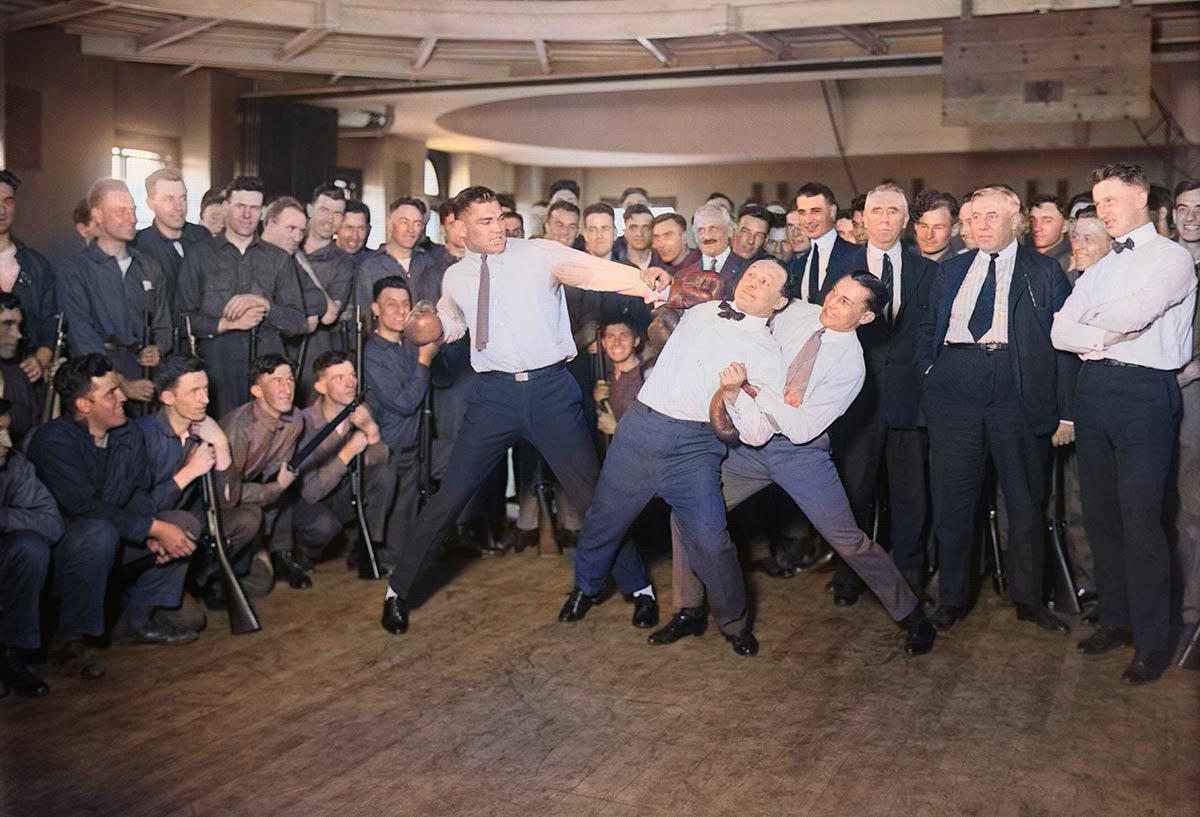 The illusionist would regularly show off his physical strength by demonstrating his ability to survive almost any punch at his stomach. This trick would eventually lead to his tragic demise in 1926.