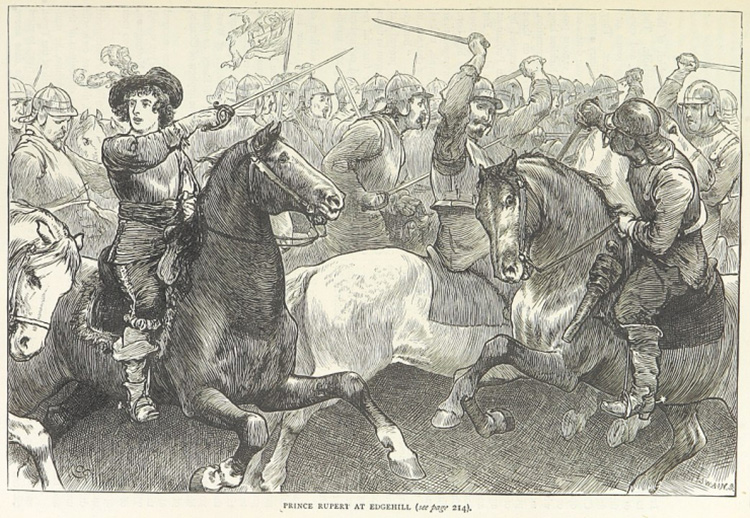 A later engraving of Prince Rupert at the Battle of Edgehill. Image credit: Public Domain.

What’s in a name? The title of the wars is, in itself, a misnomer. Between 1642 and 1651 there were in fact three English Civil Wars which raged across England, Wales, Scotland and Ireland.

On this basis alone, the term English Civil War seems entirely inadequate.  The term ‘the Wars of the Three Kingdoms’ is the latest offering – and this serves the purpose – not perfectly, but better, perhaps, that all that has gone before.

Military maps and plans are drawn and used for the purposes of defence, fortification, military policy, strategy and to deal with the threat of rebellion, invasion and war.

They are also used to record an action retrospectively and, as such, they are an invaluable military record. Furthermore, and importantly, they provide considerable social-historical and non-military information about the surrounding townscape and landscape; its development agriculturally, industrially and demographically. 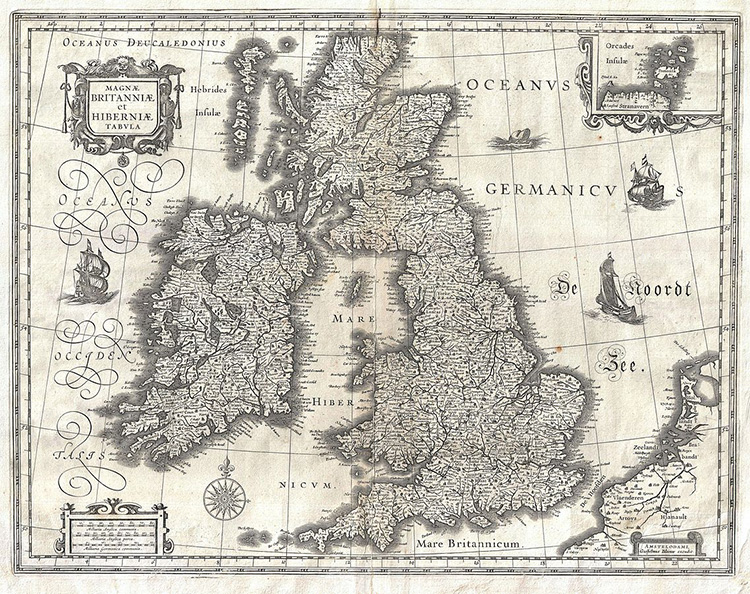 Guillaume Blaeu’s 1631 map of the British Isles. Cartographically this map is based upon the plates of Jodocus Hondius, which Blaeu acquired in 1629. Image credit: Geographicus Rare Antique Maps / CC

Official military or topographical maps did exist in the early seventeenth-century, but these were mainly prepared for defence against invasion, fortification of the northern border with Scotland and of naval dockyards and depots. In the wake of the Civil Wars in England (but not Wales) only the major battles were retrospectively mapped and recorded.

In Wales, with the exception of the mapping of some fortifications, the military mapping seems to be non-existent. In Scotland, the mapping concentrated on the rebellion and its subjugation, while in Ireland the mapping tended to focus on Protestant colonialization and the subjugation of the Catholic Irish.

By the early seventeenth-century two cartographers, Christopher Saxon and John Speed, had mapped Britain, but despite advances in surveying technology and printing from engraved copper plates, their works better resembled Tolkien’s map of Middle-earth than the national mapping that appeared 150 years later in the wake of the Jacobite rising and the threat of Napoleonic invasion. 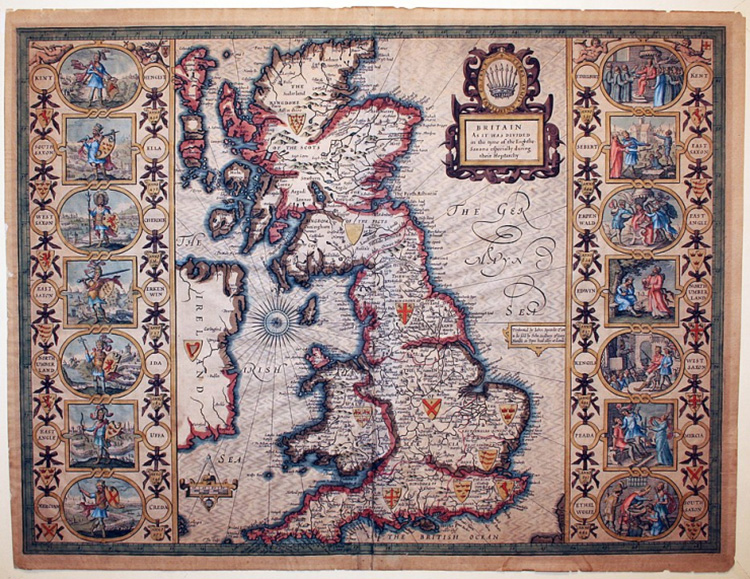 Map of Saxon Heptarchy by John Speed from his ‘Theatre of the Empire of Great Britaine’, c.1610-11. Image credit: Public Domain.

It is also important to recognize that maps were, and are, produced in varying forms. There is a collapsing of the distinction between map and image. In the seventeenth-century, those formats ranged from profile, panorama, bird’s eye view and, occasionally, a scale plan. Today we have photographs and satellite images both serving as a form of map for immediate tactical through to strategic purposes.

Mapping the Wars of the Three Kingdoms – a moving target

With a lack of primary source mapping and some rather questionable secondary source retrospective mapping, the task of producing the first ever comprehensive atlas of the Wars of the Three Kingdoms has, therefore, posed an interesting challenge.

For most of the encounters (battles/skirmishes/sieges) there is a good idea of the general area of activity. But this is a moving target. Even when the general area is known, it remains a challenge to piece together the sequence of events and precise layouts of the opposing forces.

Very few individuals had timepieces, so time is a relative concept in battles of the era. Units did not keep war diaries and much of what individuals recorded in their diaries and memoirs was hearsay, gleaned subsequently around camp fires. Nevertheless, the amount of written primary source material available is surprisingly abundant. A glimpse at a book’s extensive bibliography bears testament to this.

The post-Civil War period represents the greatest transformation of urban layout in England due to the extensive damages to and destruction of medieval buildings. Consequently, the mapping that emerged after the Civil War often provides the best record of town layouts of the period and the extent of change thereafter.

Some of these plans were incredibly detailed – such as de Gomme’s map of the Defences of Oxford – which depicts, in addition to the two lines of defences, the street layout, main buildings and the complicated river layout with the city sandwiched been the rivers Isis and Cherwell. 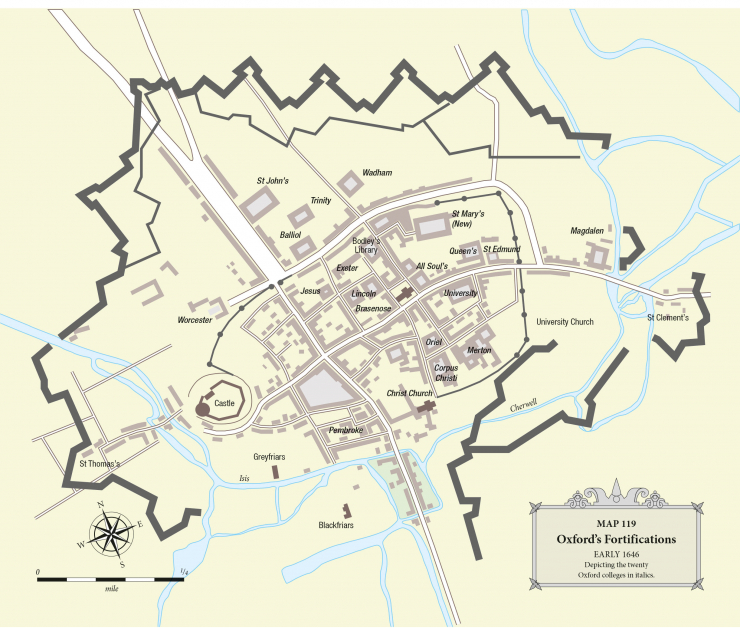 Map 119: Wenceslaus Hollar’s 1643 map of Oxford, Bernard de Gomme’s plan of the Oxford defences the following year and Richard Rawlingson’s plan of the city’s defences mapped in 1648, provide a very accurate depiction of the situation in the Royalist capital during the first Civil War.

Since 1990, battlefield archaeology has been a game-changer, enabling us to determine more precise locations, deployments, events and even the outcomes of battles.  Historic England’s Register of Historic Battlefields identifies 46 important English battlefields, of which 22 relate to the English Civil War/Wars of the Three Kingdoms.

The Historic Environment Scotland Inventory of Historic Battlefields consists of 43 battles, of which 9 relate to the Wars of the Three Kingdoms. No such register appears to exist for Ireland, making the task of mapping events there more complicated.

However, battlefield archaeology does not provide all the answers and needs to be interpreted with care and a good understanding of weapon characteristics, ballistics and tactics.

In 2004-5, Dr. Glenn Foard conducted a survey of the battlefield at Edgehill. He was the first to apply the methods of the English landscape school – interdisciplinary study incorporating history (terrain and primary sources), archaeology and geography, as conceived by renowned landscape historian William Hoskins – to reconstruct battlefield terrain as a context within which to understand documented action.

At the start of the battle Royalist forces were atop Edgehill but came down to engage the Parliamentarians who were reluctant to open proceedings.  That led to an assumption, not unreasonably, that the forces engaged each other at about a 45-degree angle, in line with the orientation of the hill. However, Dr Foard’s archaeological findings concluded, from the distribution of shot, that their alignment was more north-south. 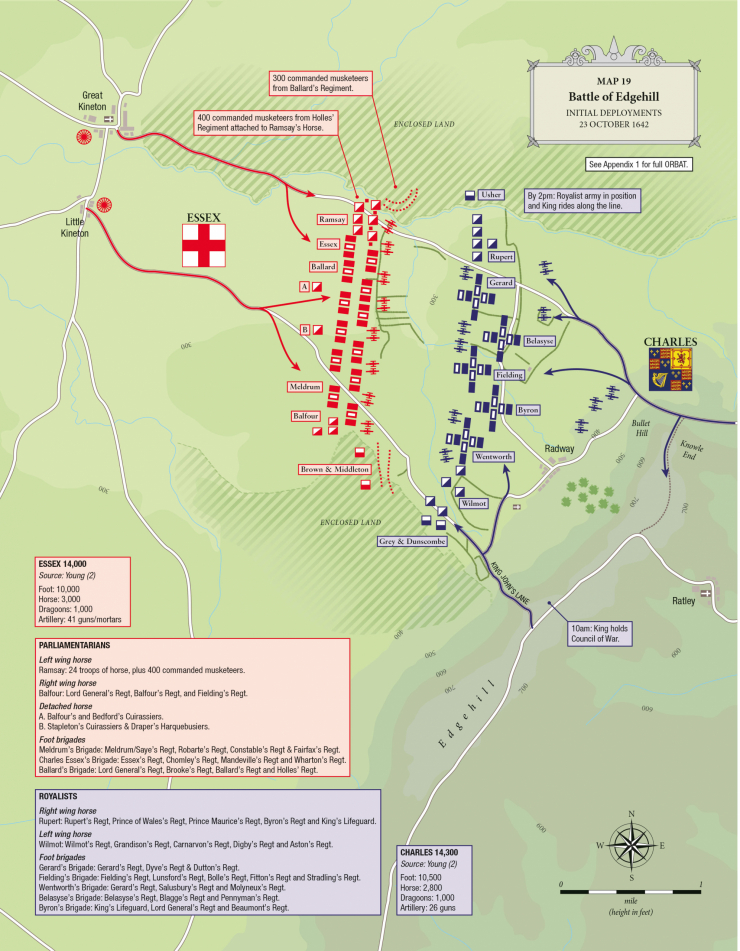 Map 19: The opening stages of the battle of Edgehill, 23 October 1642. The Royalist forces were originally atop Edgehill but came down to engage the Parliamentarians who refused to open proceedings. That led to an assumption, not unreasonably, that the forces engaged each other at about a 45-degree angle, in line with the hill. However, recent archaeological studies have concluded that their alignment was more north-south.

This is but one example of the work undertaken by many recent battlefield archaeologists that have helped us develop a better understanding of the wars. I have unashamedly, but not unquestioningly, used much of that work and their findings/conclusions and been able to fine-tune certain battles and adjust others. I also relied heavily on the expertise of numerous members of the Battlefields Trust, their Scottish counterpart and the National Civil War Centre at Newark. Their collective help has been a significant driver in making the work as extensive and as up-to-date as possible.

Nick Lipscombe’s book ‘The English Civil War: An Atlas and Concise History of the Wars of Three Kingdoms 1639-51’ was published by Osprey in September 2020. 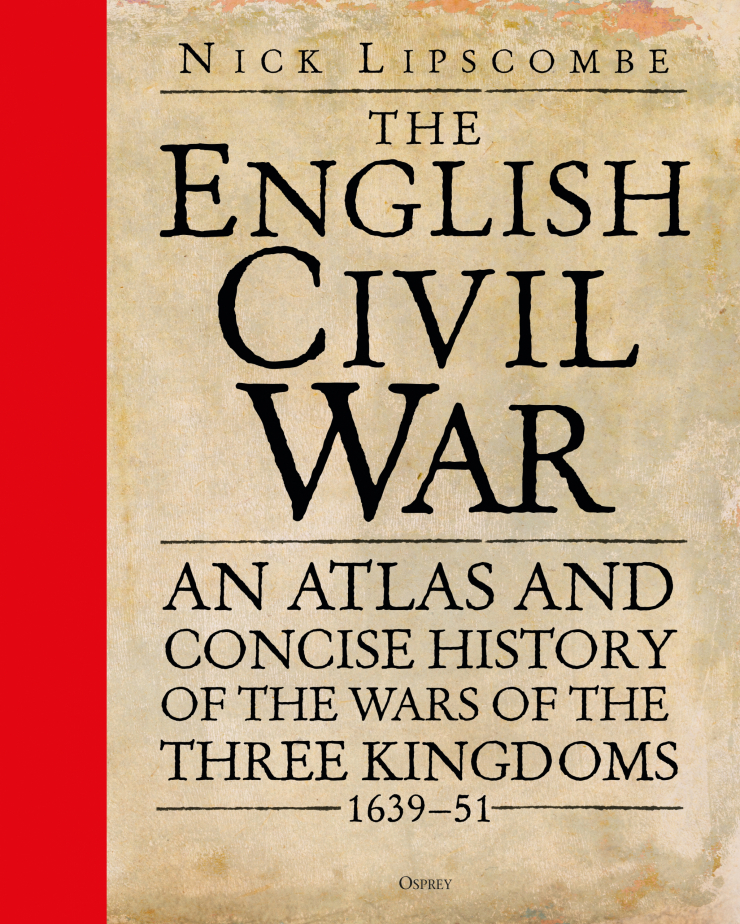 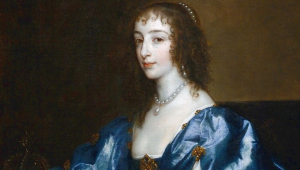 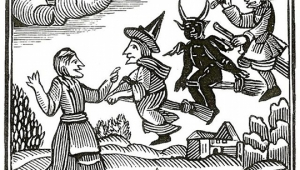 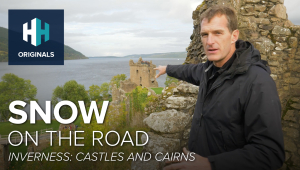 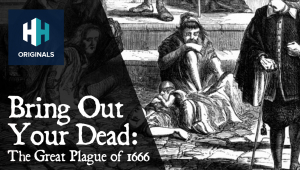 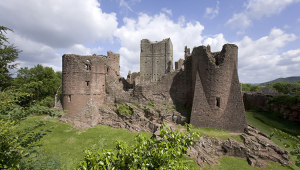 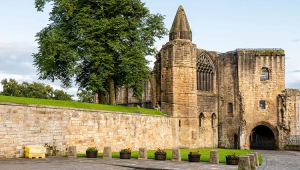