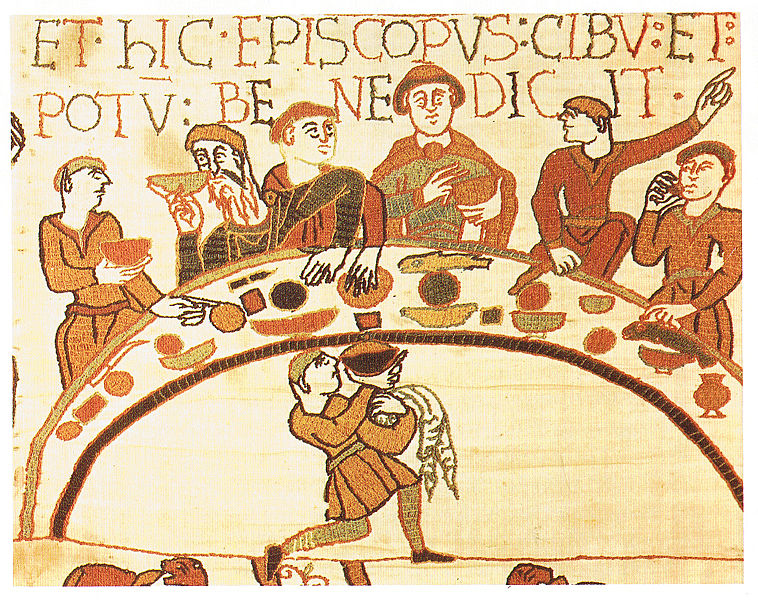 In early medieval England, weddings were more business arrangements than declarations of love. There were several formal customs to adhere to, mainly regarding money, before the marriage could be sealed.

The contract of marriage was settled on between the prospective groom and the father of the bride.

Terms would be discussed in the presence of witnesses from both sides before an agreement could be reached, upon which both the groom and the bride’s father would shake hands, officially sealing the contract.

There were three aspects of this contract; the morning gift, handgeld, and the dowry.

A set amount agreed by the groom and father-in-law that the groom had to pay to his wife the morning after the wedding. This gift of money was to ensure the financial security of the bride and provide some independence.

This sum belonged to the women, and she could keep it indefinitely. It would help to support her and any children if anything were to happen to her husband.

Another gift of money was given to the family of the bride. This monetary exchange showed that the groom was able to look after his future wife financially and it also acted as an act of compensation for the bride’s family because she was leaving them. Essentially the groom would buy his wife.

The groom had to undergo significant expenditure to have the wedding agreed upon, although the bride’s family also had to pay to ensure that she could survive on her own if necessary.

This sum was paid by the bride’s family to the bride. It was similar to the Morning Gift in that it belonged to the bride, so she could use it as she saw fit, and in theory it would support her in the event that anything happened to her husband.

The various financial agreements could be paid in coins, a certain amount of raw precious metal, or even in land and livestock.

This businesslike agreement may seem strange, but these were uncertain times.

Many of the practices of marriage involved security against the haphazard risks that the Saxons endured, and the omnipresent threat of disease. The above financial agreement would ensure the bride was cared for in the event that her husband should die.

A ceremony of ritual and religion

The actual wedding was much less businesslike, though there were many traditions to be adhered to.

A wedding was usually the time for a wash; a unique event in these times, most people washing only twice a year at most. Both bride and groom would bathe separately the night before the wedding and would not be allowed to see each other until the day of the ceremony.

A priest or Weofodthegn would officiate the ceremony. A Weofodthegn was a priest of the Old Saxon religion, with gods like Woden and Thunor.

The priest would first bless the union, calling on the gods to look favourably upon the couple. Frige, the mother of the gods, was the goddess of love, fertility and marriage, and so was understandably the deity most called upon.

On the day, both would be dressed in their best clothes and the groom would be wearing his ancestral sword. The bride would arrive preceded by a member of her family carrying a new sword to be presented to the groom.

Next there would be the official exchange of swords.

Then another exchange would take place, one more familiar to a modern audience — the exchange of rings. The groom would also present the keys to his house to his new wife.

This represented him bestowing upon her governance of the household, just as the sword he received earlier represented his protection of that home.

Finally, the Weofodthegn would pronounce them wedded and at last everyone could celebrate.

Eat, drink and be married

A reception would be held after the wedding, similar to a modern one. The couple and their families would eat, drink and make merry, all the while toasting the gods and asking for blessings for the marriage.

For a month after the wedding the couple would drink mead every day. Mead is an alcoholic beverage made from honey, which was popular in the Saxon era. This month was called the hunigmonap, or honeymoon, for this reason.