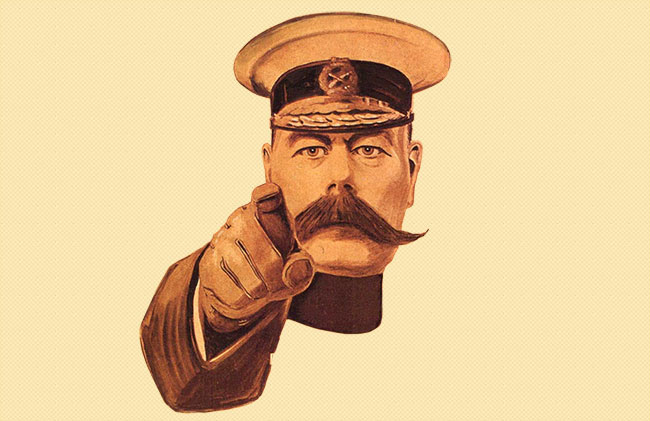 British propaganda in the First World War is often heralded as being a major contributor to victory. In 1933, the Nazi propagandist Eugen Hadamovsky stated:

The German people were not beaten on the battlefield, but were defeated in the war of words.

As perhaps the world’s first true ‘media war’, posters and newspaper adverts certainly played a role in sustaining morale, as well as encouraging young men to sign up.

Below are 12 different examples of recruitment posters used by the British to meet their wartime objectives.

2. Your Country Needs You

On 16 December 1914, the German navy attacked Scarborough, Hartlepool and Whitby, resulting in 137 fatalities and 592 casualties, many of whom were civilians. This poster channels the subsequent public outrage.

4. It is better to face the bullets than to be killed at home by a bomb

5. Men for the Army Remount Department

Horses were absolutely crucial to the war effort, with well over half a million being used by the British by the end of the war. The Remount department was thus a vital department in the war effort.

Britain was a signatory to the Treaty of London (1839) which guaranteed Belgium’s sovereignty. Germany ‘trampled on the Treaty’ by invading Belgium and, judging from this poster, elicited a moral response from British politicians and public.

7. Your King and Country Need You

By December 1915, over two million men had joined up. Some historians argue that the central factor in high enlistment figures was that prospects in the army ‘compare favourably to those in civilian life.’

8. For King and Country 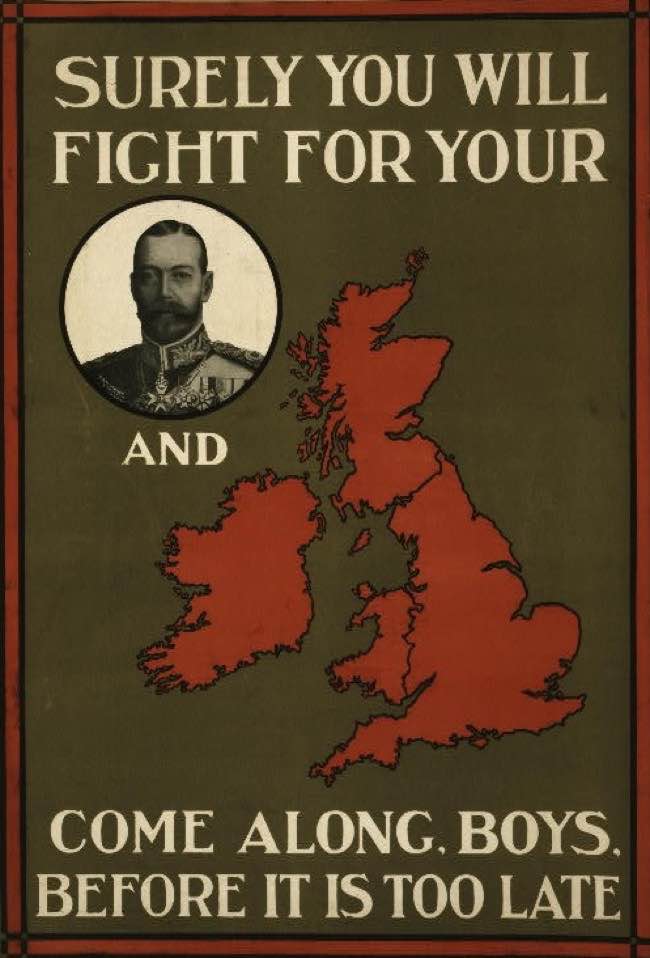 World War I recruitment poster. “Surely you will fight for your [portrait of King George V] and [map of Great Britain]. Come along, boys, before it is too late.” Credit: United States Library of Congress / Public Domain.

For King and Country

11. Britain Needs You at Once

Conscription was introduced  in the Military Service Act (1916) stating that single men aged 18 to 45 years old were liable to be called up for military service unless they were widowed with children or ministers of a religion. This poster called for people to avoid compulsory enlistment and join voluntarily.