Dorothea Lange, born 26 May 1895, is widely considered to be one of the most influential American photographers of the 20th century. Her most famous works were executed during periods of great social and economic hardship, often showcasing everyday people who were struggling with the effects of the Great Depression. Her goal was to raise awareness about the dire situation across the United States.

Lange studied photography at Columbia University in New York City, before attempting to travel the world in 1918 – financing this by selling her photos. Eventually the money ran out and Lange settled down in San Fransisco, working at a photography studio. During the Great Depression, she would regularly walk around the city and capture the homeless and unemployed with her camera. These images helped her to gain public recognition, before eventually being hired by the US Farm Security Administration (FSA) to document the economic hardships in rural communities.

Lange’s work gave a face to the suffering that was taking place nation wide, humanising the victims of the Great Depression in the process. She was a crucial figure in the development of photojournalism, showing the power photography can have in impacting political and social change.

Here we explore some of Dorothea Lange’s most iconic images. 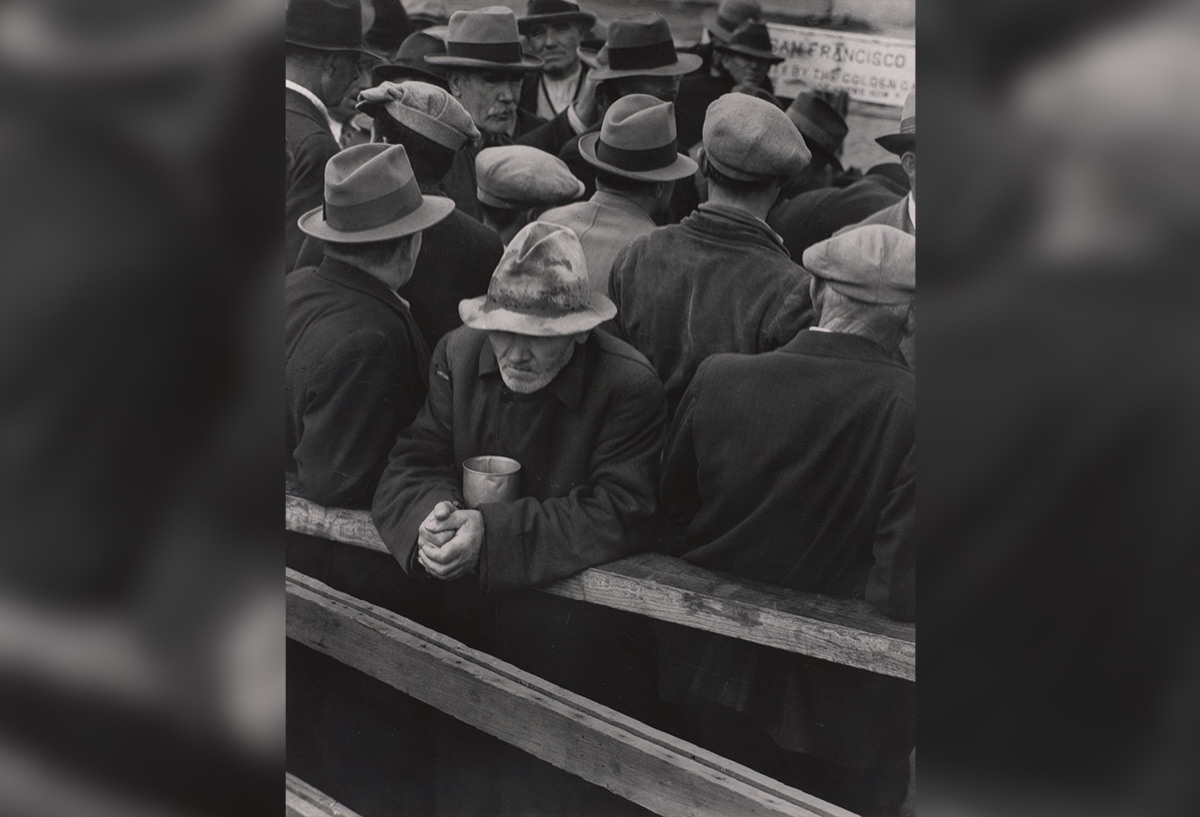 Lange’s early career was cultivated in a photography studio in San Fransisco, where she took portrait photos of the wealthy. In 1933 she decided to venture out of her usual working space and started capturing the streets of her city. This photo depicts a group of hungry men waiting outside a soup kitchen. It quickly became a striking icon of the period, showing the desperation that was so widespread in the US at that time. 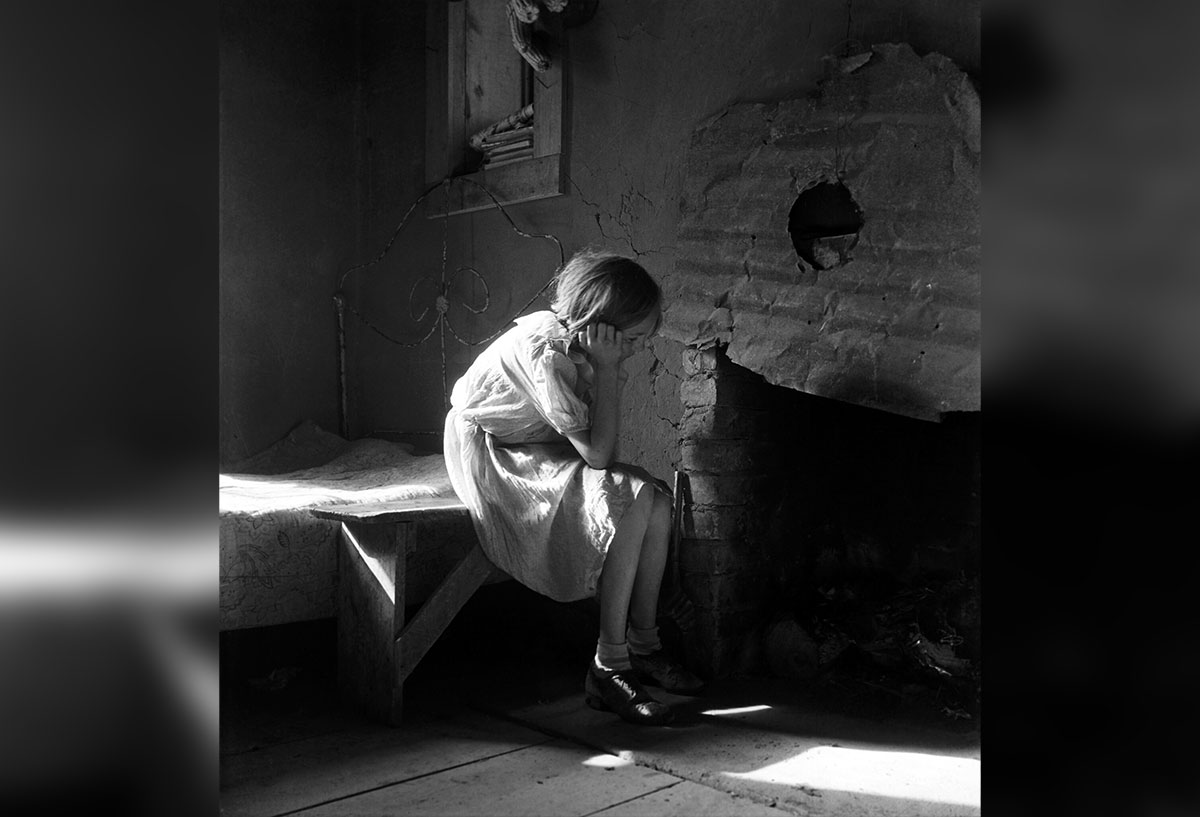 Lange was a master in capturing people’s body language and facial expressions to evoke strong emotions in her audience. This was crucial for her success while working at the FSA, allowing people to truly connect with Americans who were impacted the hardest by the economic hardship of the 1930s. This image of a young child alone in her bedroom in 1935 is considered to be one of the photographer’s greatest works. 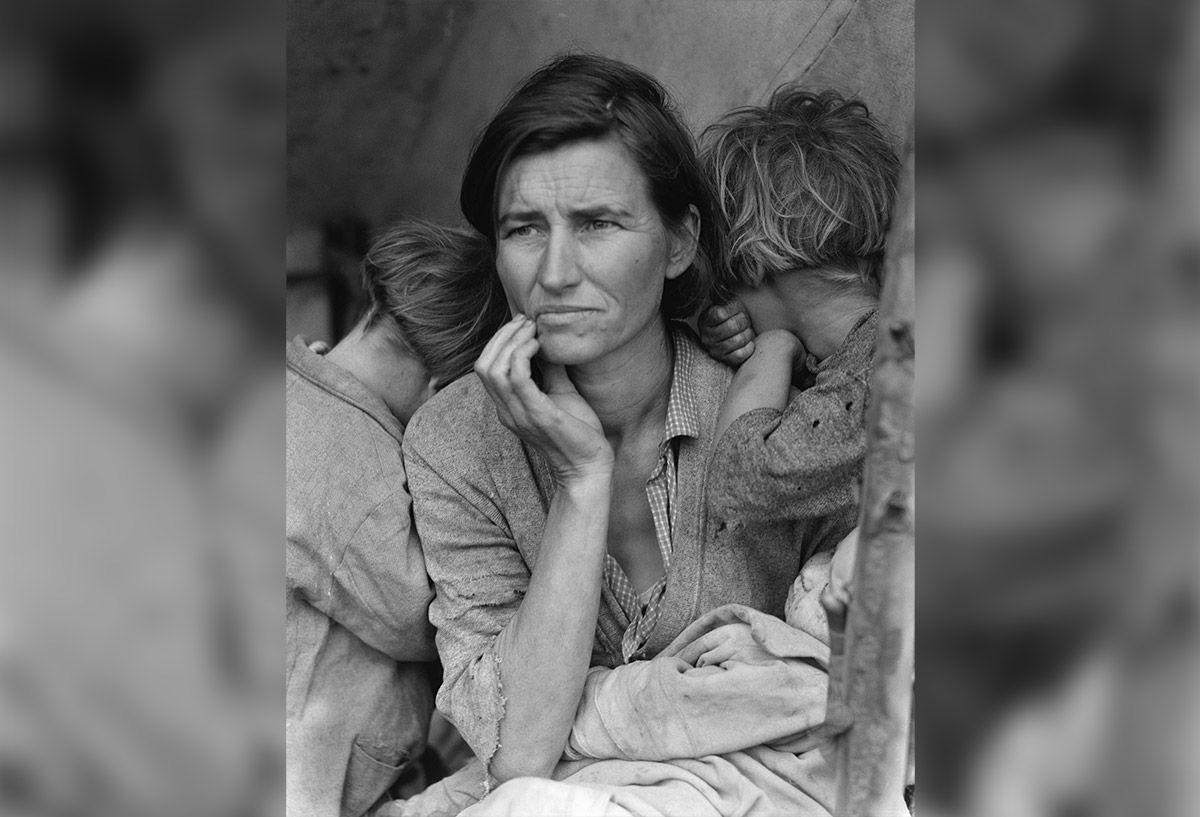 This may be one of the most recognisable photos of the 20th century. Taken in 1936, it depicts Florence Owens Thompson, a migrant worker who moved from present-day Oklahoma to California. Of Cherokee decent, she worked on farms picking crops to support herself and her six children. Following the publication of the photo, the federal government allocated 9,100kg of food towards people who were in the pea-picker camp where she stayed. 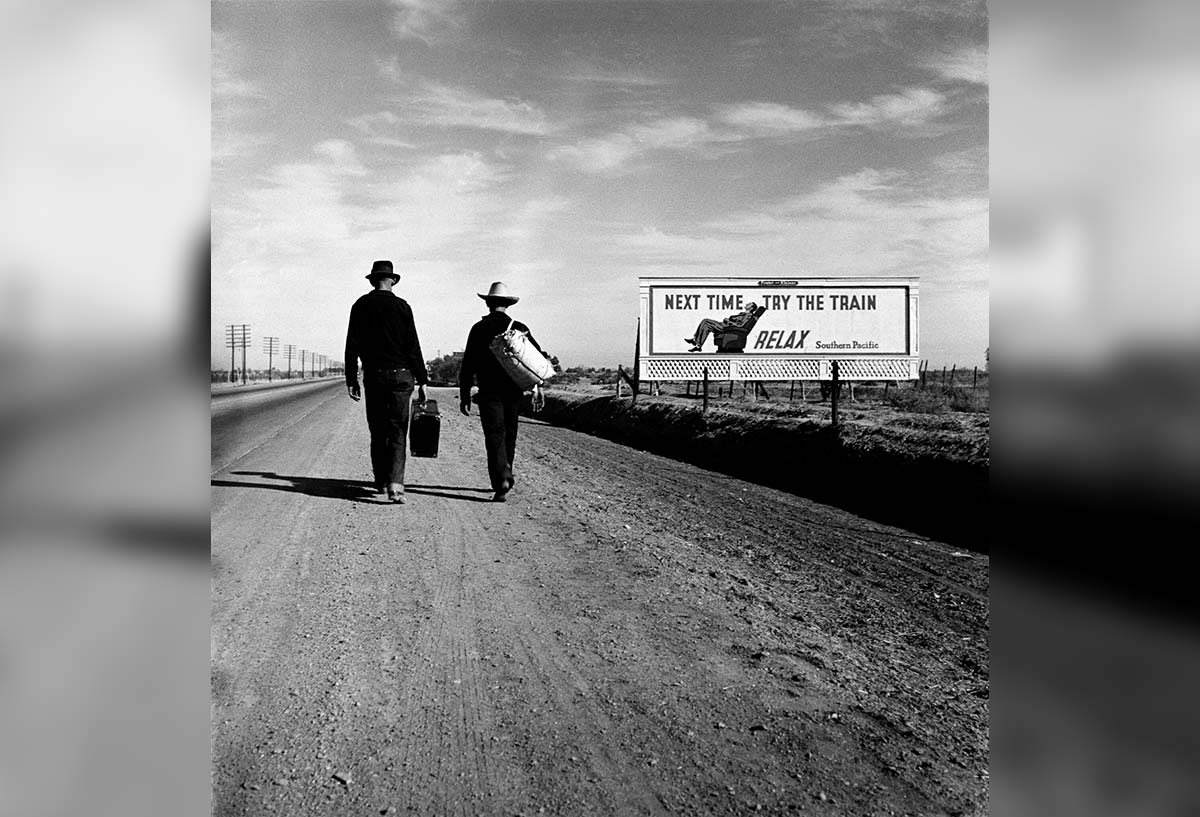 In 1937, Lange captured two migrant workers walking towards Los Angeles with a perfectly placed billboard next to them. The dark irony was deliberate, illustrating the hardship so many had to endure in search of the American Dream. 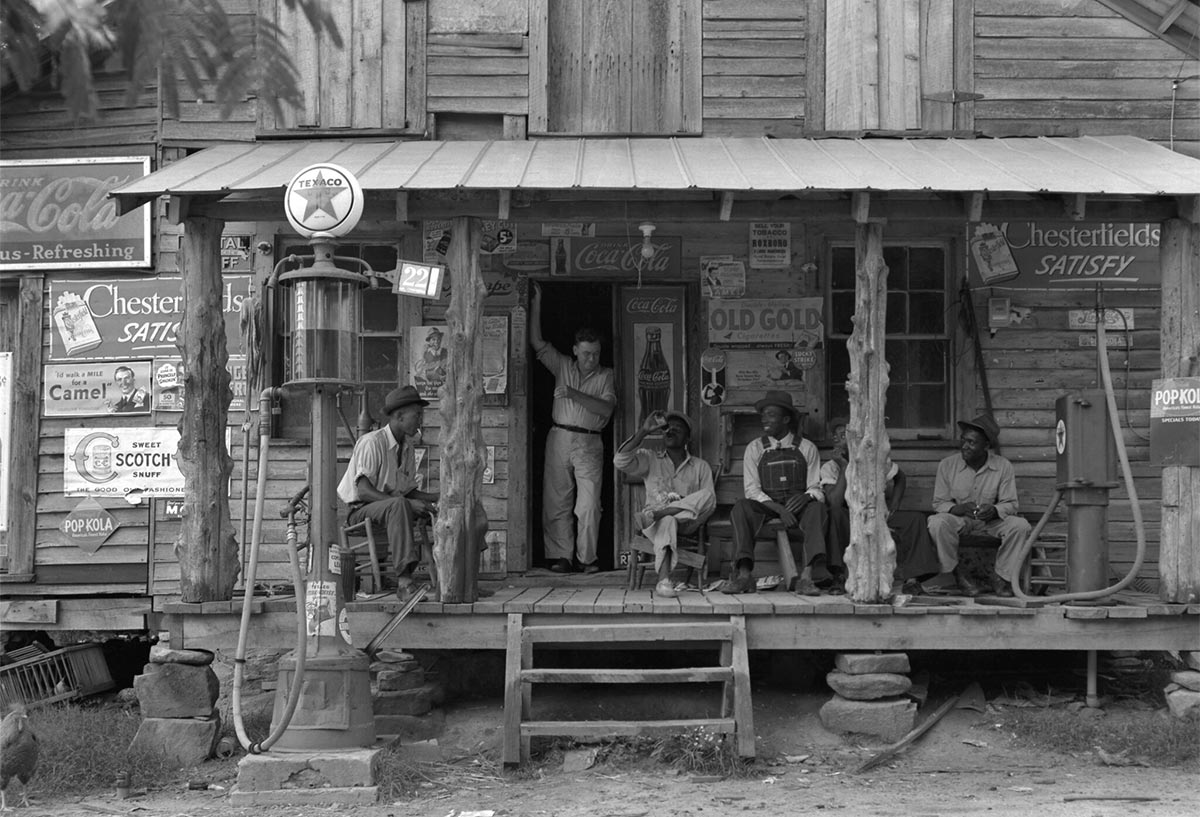 This 1939 photo shows a bygone era in great detail. From the advertisements on the gas station wall to the clothes of the men, it captured a unique moment in time. The building shown on the image is still standing to this day in Gordonton, North Carolina. 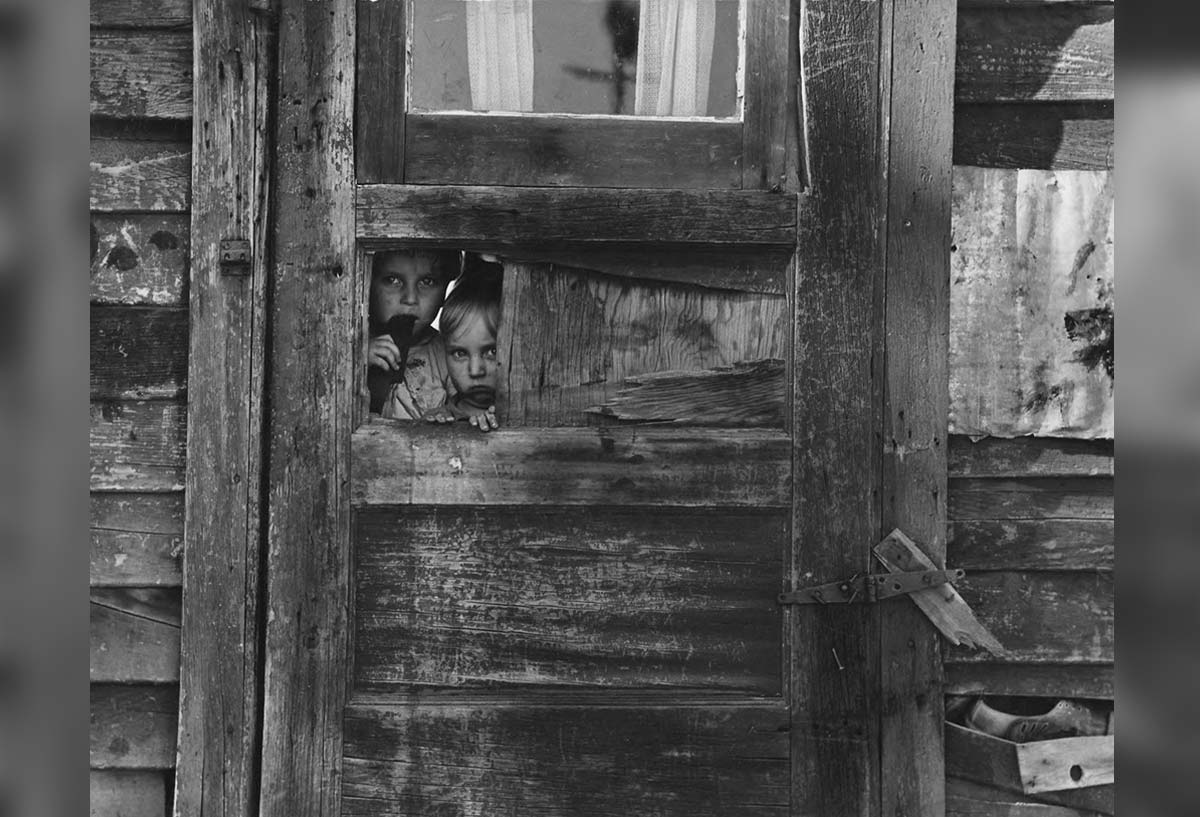 This impactful photo of two children peeking through a door hole was created by Lange in 1940. Like many other images taken by her it depicts the dire living conditions rural workers were living in during the Great Depression. 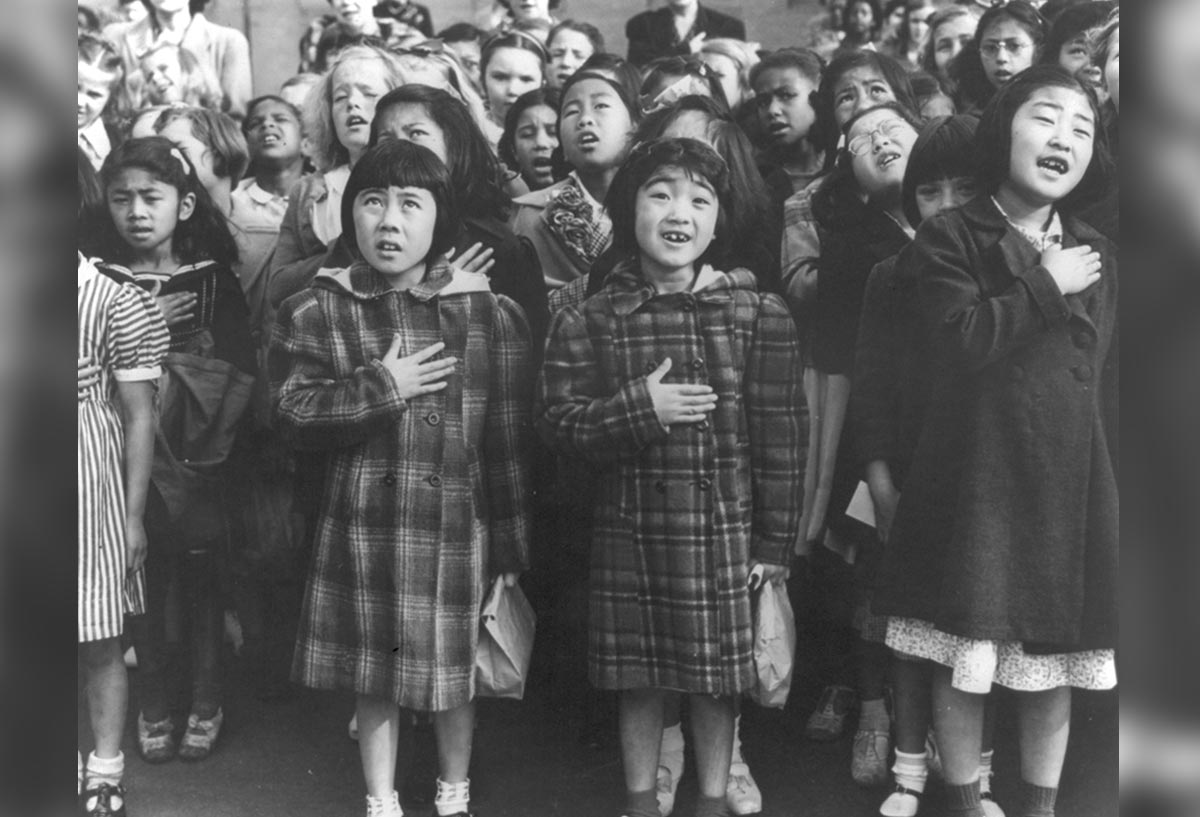 During the Second World War, Lange was tasked to document the forced evacuation of Japanese Americans from the west coast of the US. This image depicts a group of fifth grade pupils at Raphael Weill Public School a few weeks prior to their relocations to War Relocation Authority centres. Lange deliberately chose to focus on their patriotism and humanity, instead of framing them as potential threats to the US.