Faces from the Gulag: Photos of Soviet Labour Camps and their Prisoners | History Hit 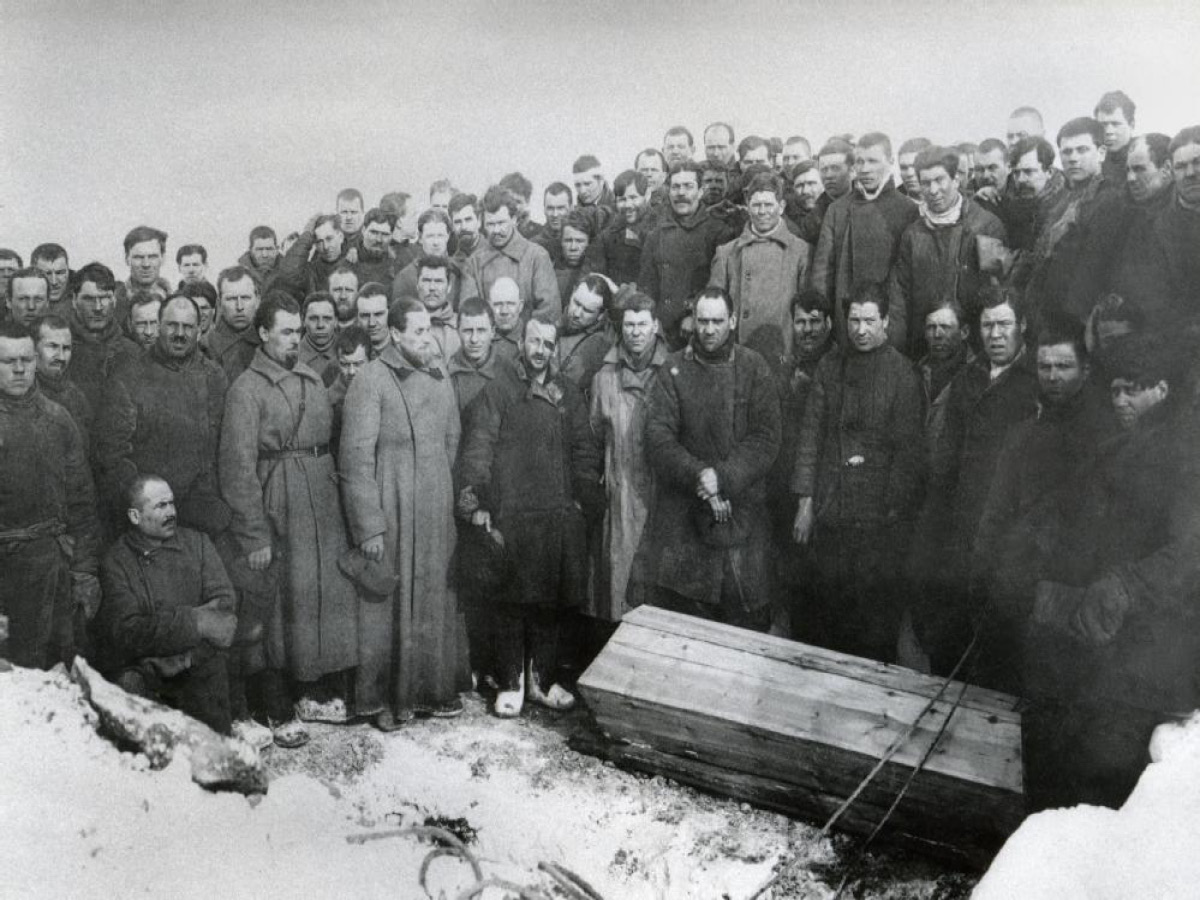 Burial of a miner at on Vaygach, 1937
Image Credit: Unknown author, Public domain, via Wikimedia Commons

One of the most notorious aspects of the Soviet Union was the state’s use of infamous Gulag prisons and labour camps. But labour camps weren’t exclusive to the Soviet era and had in fact been used by the Imperial Russian government for centuries before the establishment of the USSR.

Imperial Russia enforced a system known as the katorga, in which prisoners were punished with extreme measures including confinement and hard labour. Despite its brutality, it was seen as proof of the benefits of penal labour and would go on to inspire the future Soviet Gulag system.

Here are 11 photos of Russian Gulags and their inhabitants. 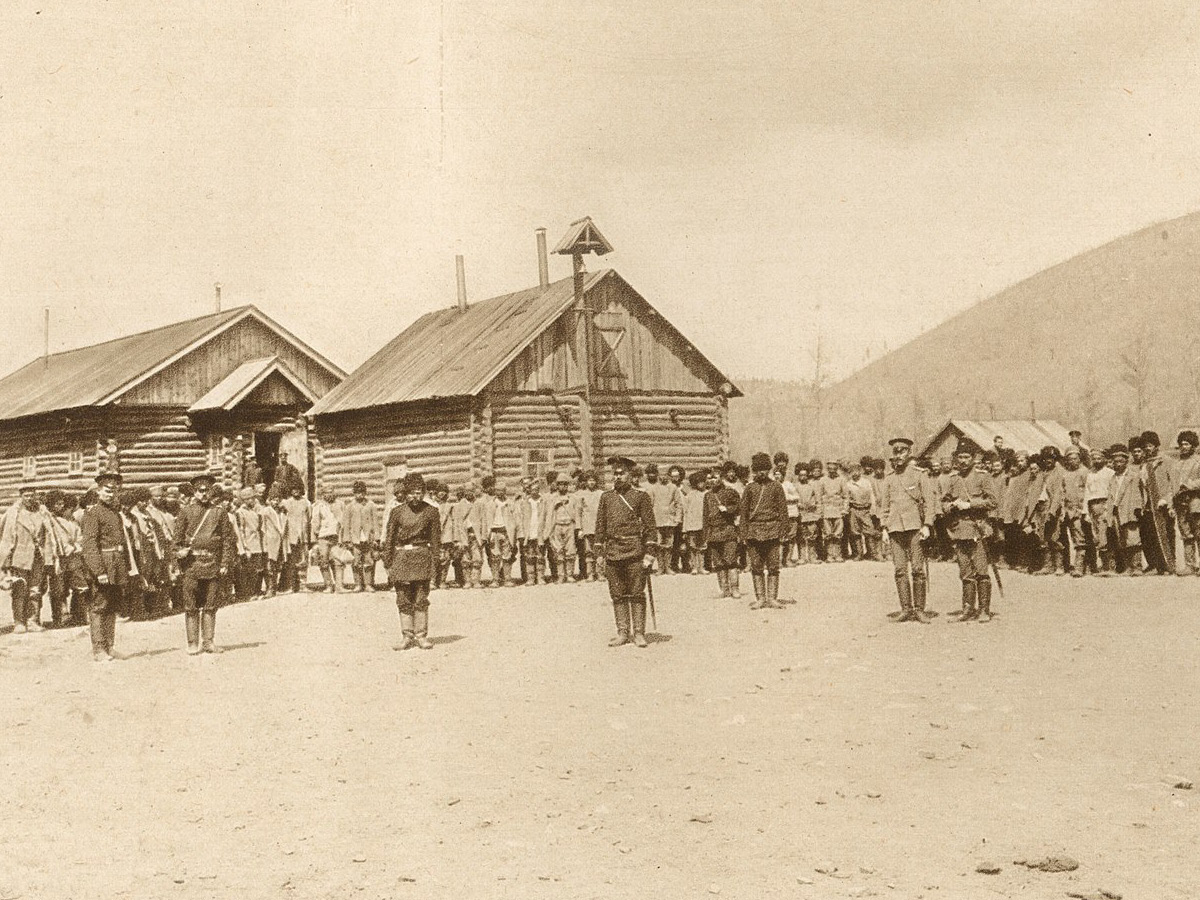 During the Russian Revolution, Lenin established political prisons that operated outside the main judicial system, with the first labour camp being built in 1919. Under Stalin’s rule, these corrective facilities grew and led to the establishment of the Glavnoe Upravlenie Lagerei (Main Camp Administration) or Gulag. 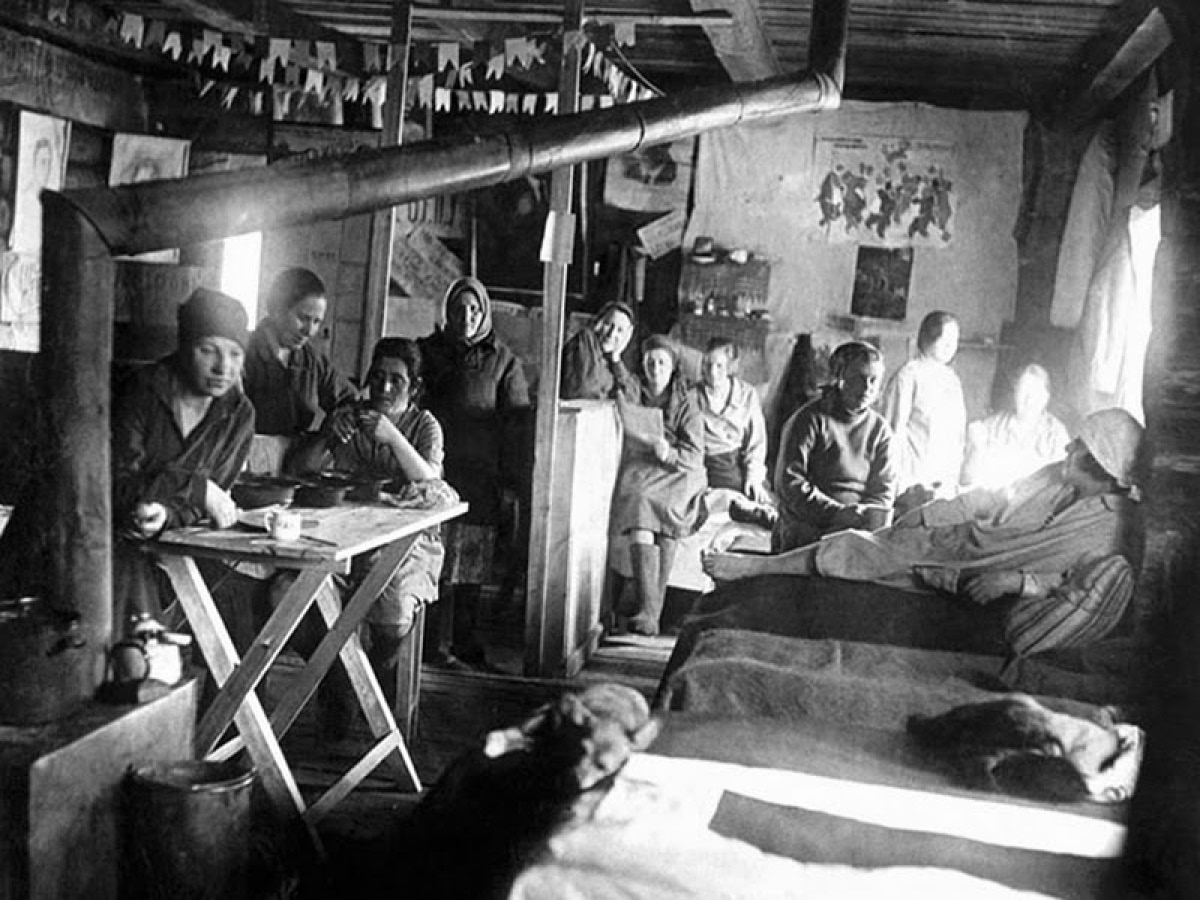 The labour camps were used to inter political prisoners, POWs, those that opposed Soviet rule, petty criminals and anyone deemed undesirable. Prisoners were subjected to hard labour for months, sometimes years, at a time. Prisoners had to face sickness and starvation whilst battling the extreme cold. Over 5,000 were established across Russia, with the most remote regions like Siberia being preferred. The camps were often very basic with few facilities and constant reminders of the power and control of the Soviet Government. 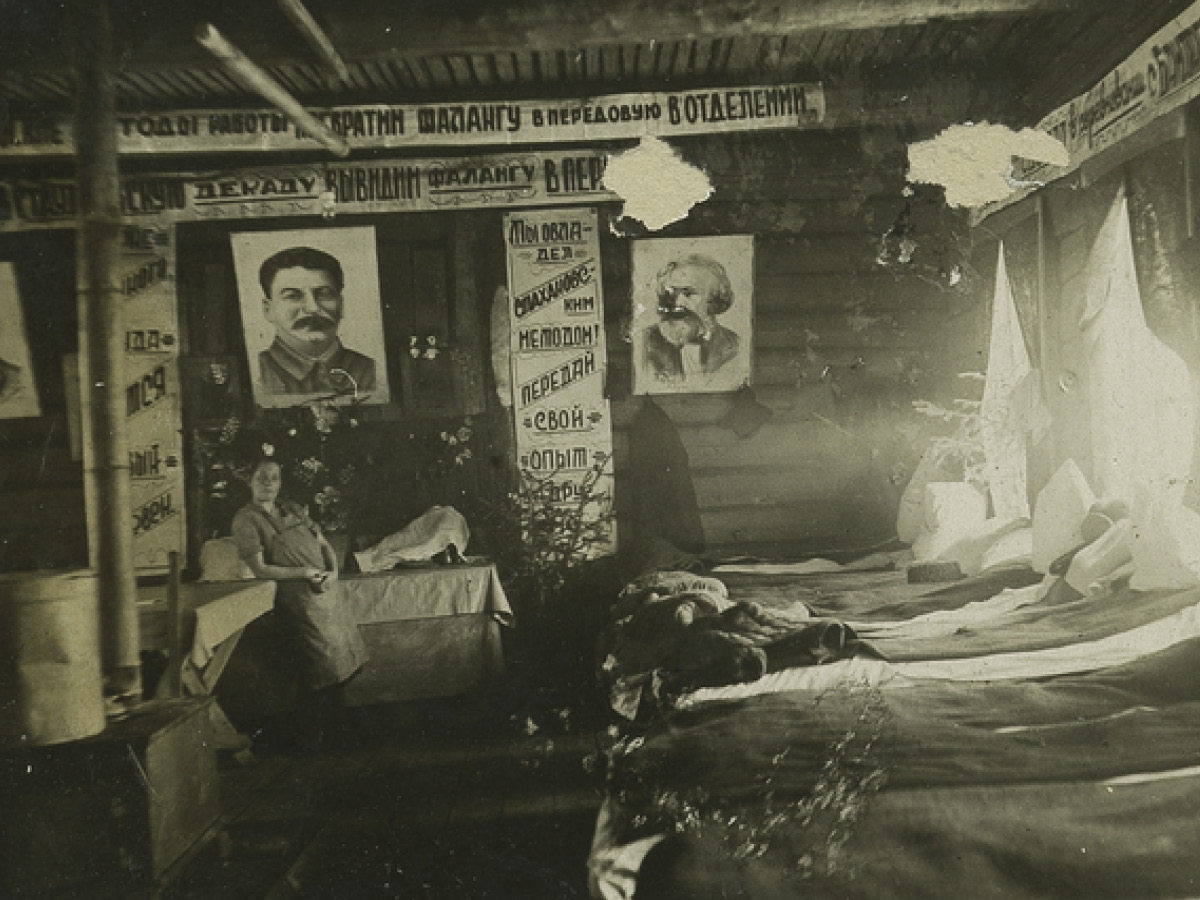 Interior view of a prisoner’s accomodation with images of Stalin and Marx on the walls.

Gulag prisoners were often used as free labour on major construction projects. Over 200,000 prisoners were used during the building of the Moscow Canal, with thousands dying due to the harsh conditions and labour.

Though the exact number of prisoners in Gulag labour camps is unknown, it is estimated that over 18 million people were imprisoned in the period 1929-1953, with many millions succumbing to the terrible conditions. 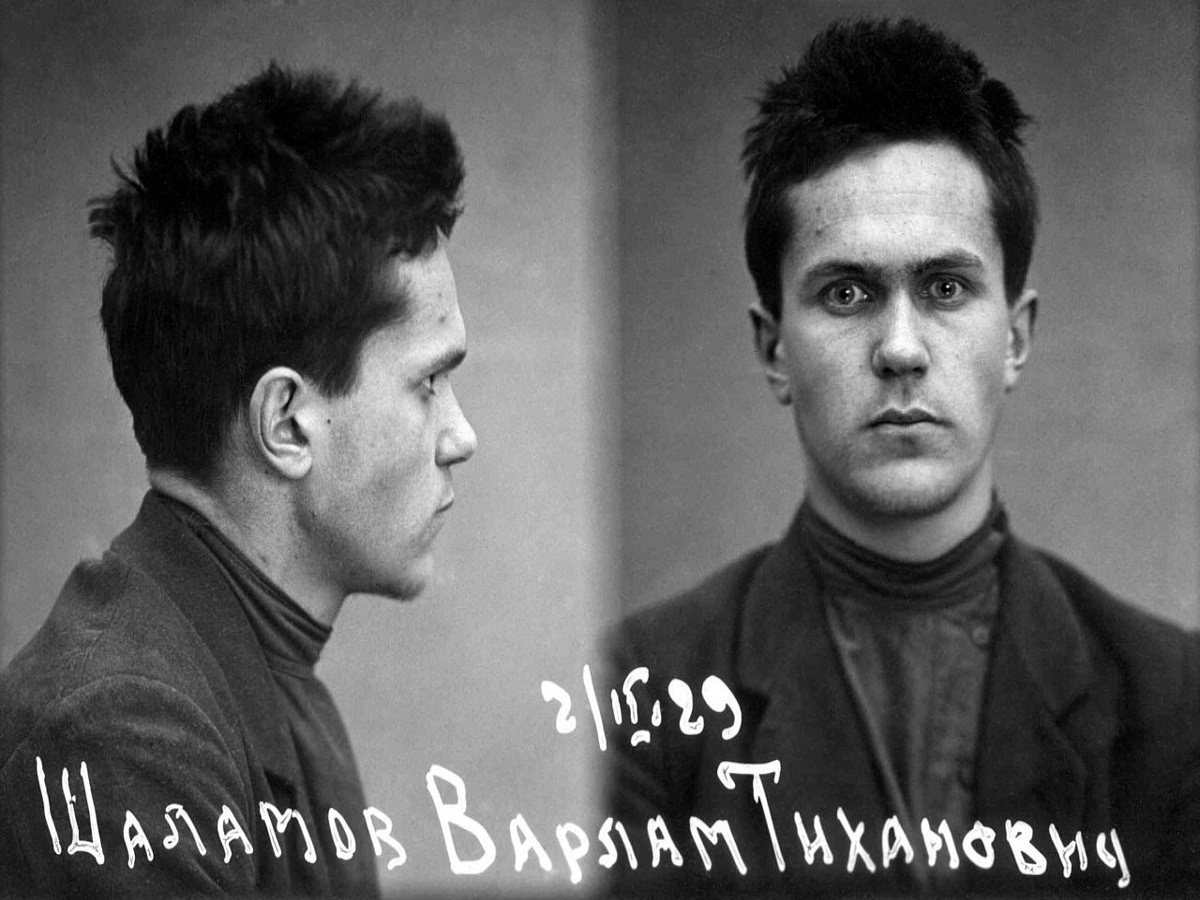 Varlam Shalamov after his arrest in 1929

Born in 1907 in Vologa, Varlam Shalamov was an author, poet and journalist. Shalamov was a supporter of Leon Trotsky and Ivan Bunin. He was arrested in 1929 after joining a Trotskyist group and sent to Butrskaya prison where he had to live in solitary confinement. Subsequently released, he was again arrested for disseminating anti-Stalin literature.

At the start of the Great Purge, during which Stalin removed political rivals and other threats to his regime, Shalamov was once again arrested as a known Trotskyist and was sent to Kolyma for 5 years. After finally being released from the Gulag system in 1951, Shalamov wrote Kolyma Tales about life in the labour camp. He died in 1974. 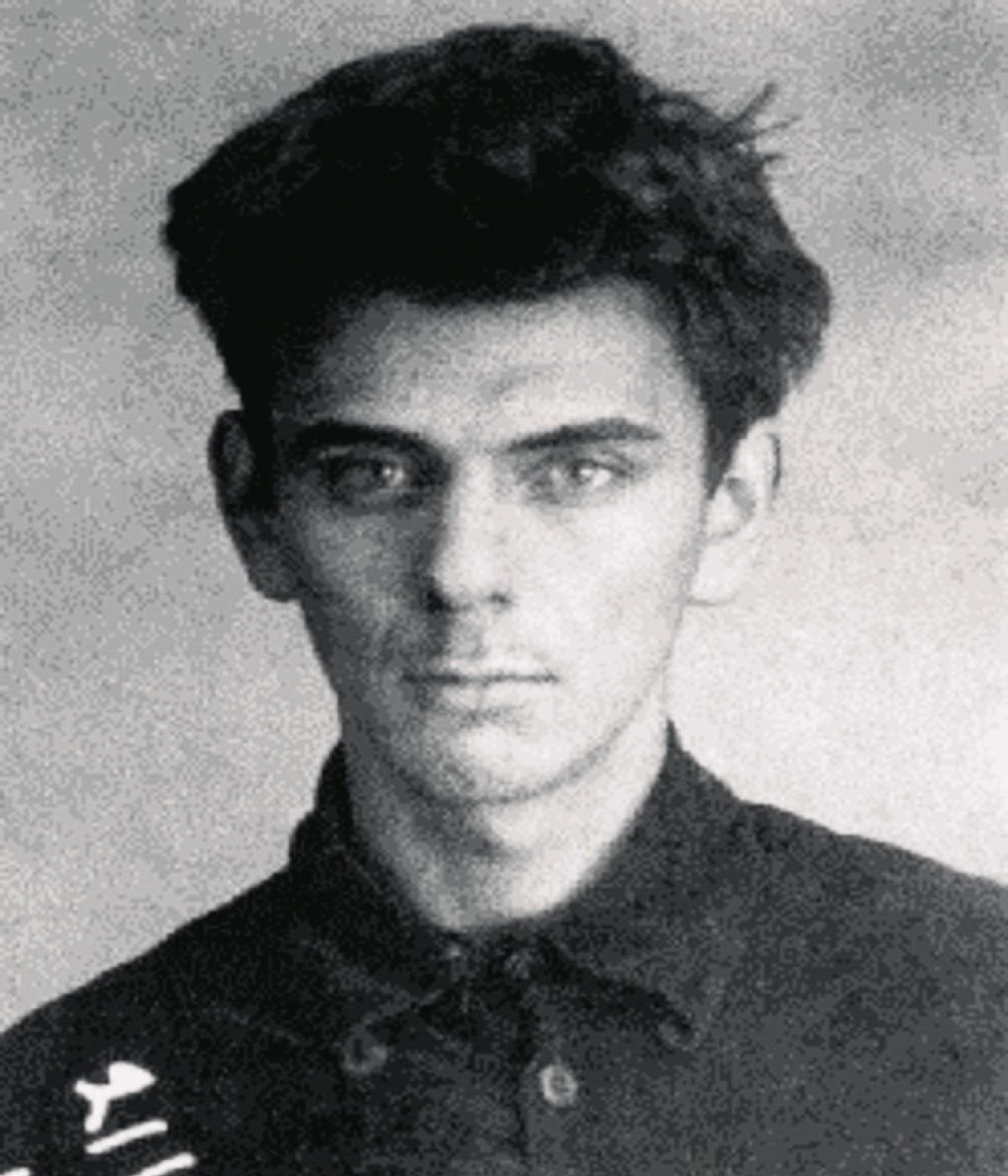 Dombrovsky after his arrest in 1932

Yury Dombrovsky was a Russian author whose noted works include The Faculty of Useless Knowledge and The Keeper of Antiquities. As a student in Moscow in 1932, Dombrovsky was arrested and exiled to Alma-Ata. He would be released and arrested several more times, being sent to various labour camps including the infamous Kolyma.

Dombrovsky would spend 18 years in prison, finally being released in 1955. He was allowed to write but he was not allowed to leave Russia. He died in 1978 after being severely beaten by a group of unknown men. 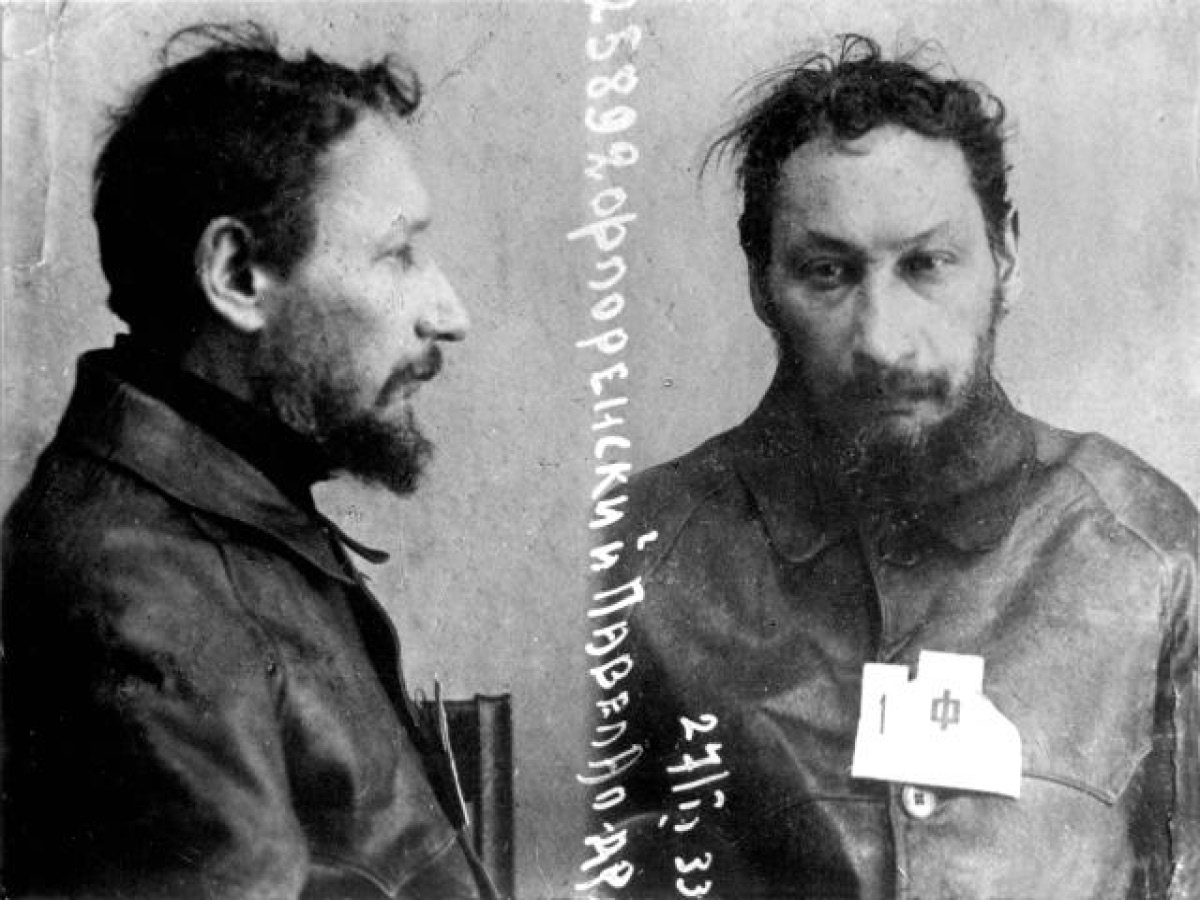 Pavel Florensky after his arrest in 1934

Born in 1882, Pavel Florensky was a Russian polymath and priest who had extensive knowledge of philosophy, maths, science and engineering. In 1933, Florensky was arrested under the suspicion of plotting to overthrow the state and install a fascist monarchy with the help of Nazi Germany. Though the accusations were false, Florensky realised that if he admitted to them he would help gain the freedom of many friends. 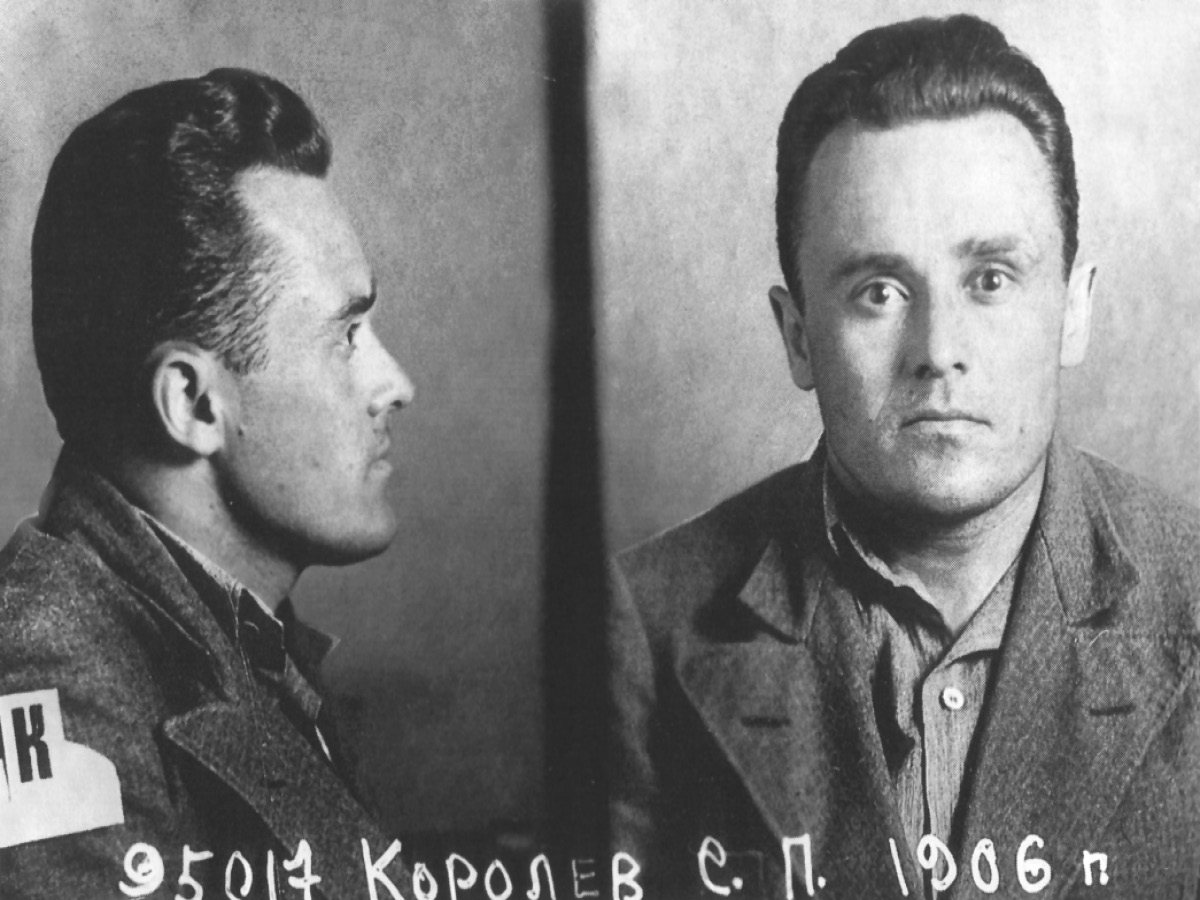 Sergei Korolev after his arrest in 1938

Sergei Korolev was a Russian rocket engineer who played a lead role in the space race between the USSR and the USA in the 1950s and 1960s. In 1938, Sergei was arrested on the false charge of being a “member of an anti-Soviet counter-revolutionary organization'” whilst working at the Jet Propulsion Research Institute where many leaders of the institution had been arrested and tortured for information. They accused Sergei of deliberately slowing down work at the institution. He was tortured and was imprisoned for 6 years. 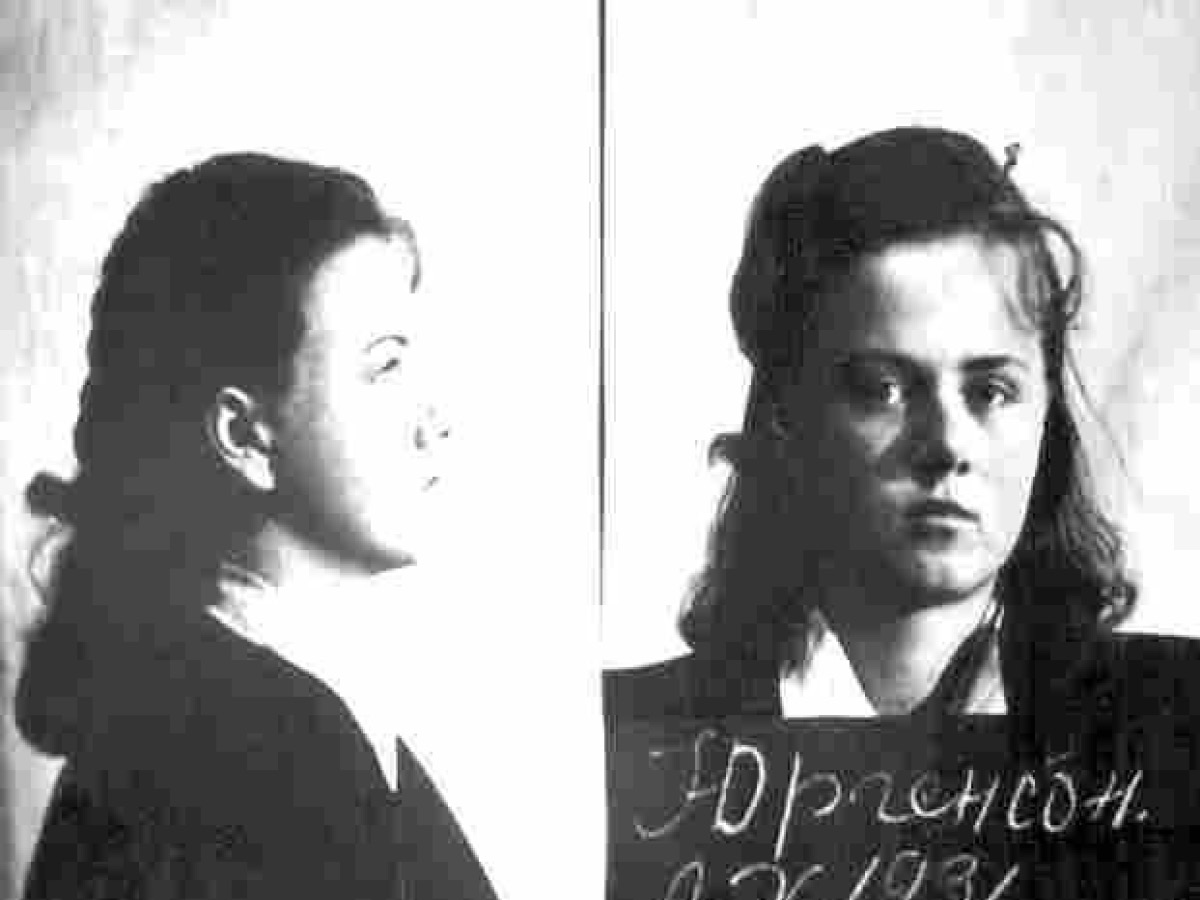 14 year old Aili Jurgenson after her arrest in 1946

Aili Jurgenson was only 14 years old when she was arrested on 8 May 1946 after she and her friend Ageeda Paavel blew up a war memorial. Aili was Estonian and was protesting the Soviet occupation of Estonia. She was sent to a Gulag labour camp in Komi and was exiled from Estonia for 8 years. At the camp she married fellow Estonian and political activist Ulo Jogi. 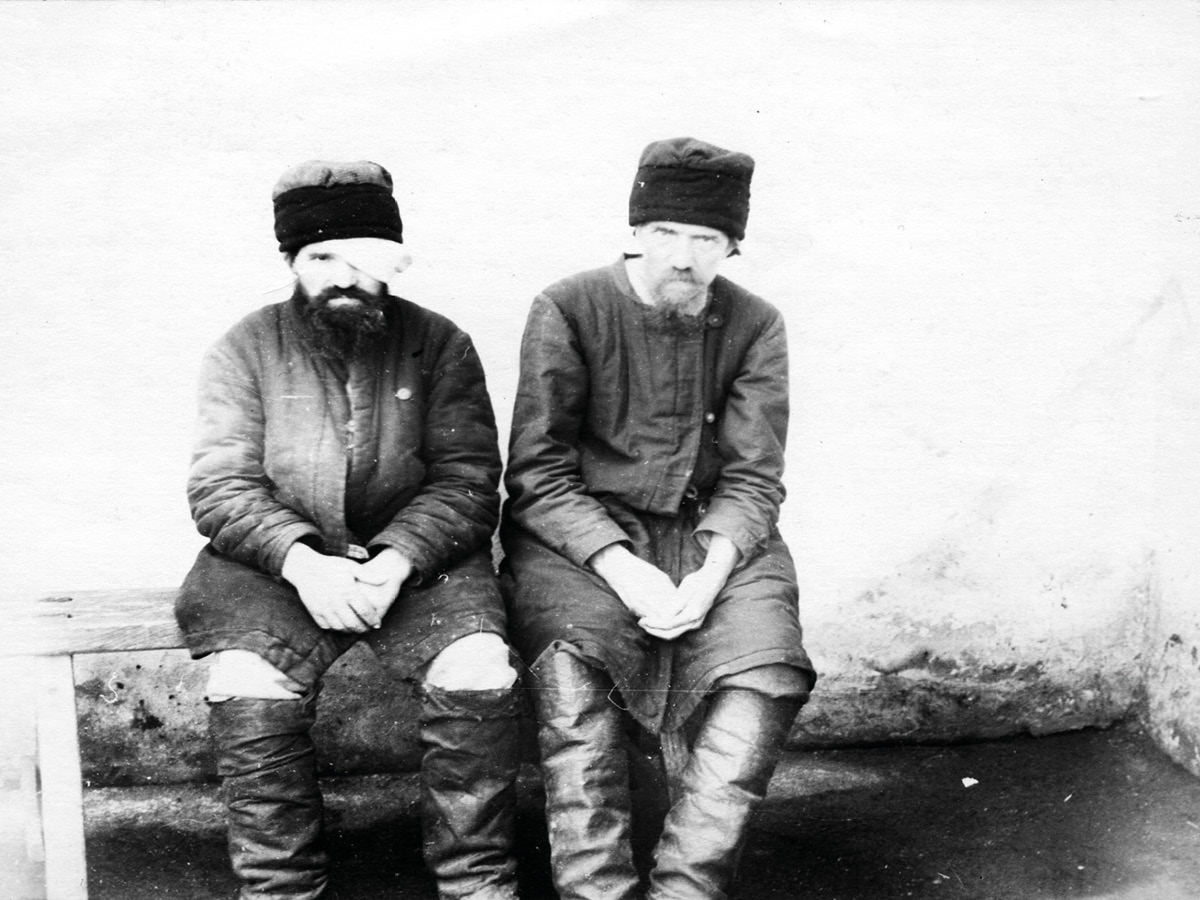 Image Credit: Photographs from the Trial of the Dubches Hermits, World Digital Library

The Dubches Hermits were associated with Old Believer monasteries, dedicated to the Russian Orthodox Church prior to the 17th century reforms. To escape persecution under the Soviet government, the monasteries relocated to the Ural Mountains in an attempt to hide. In 1951, the monasteries were spotted by a plane and Soviet authorities arrested their inhabitants. Many were sent to Gulags and Father Superior Simeon died at one of the camps. 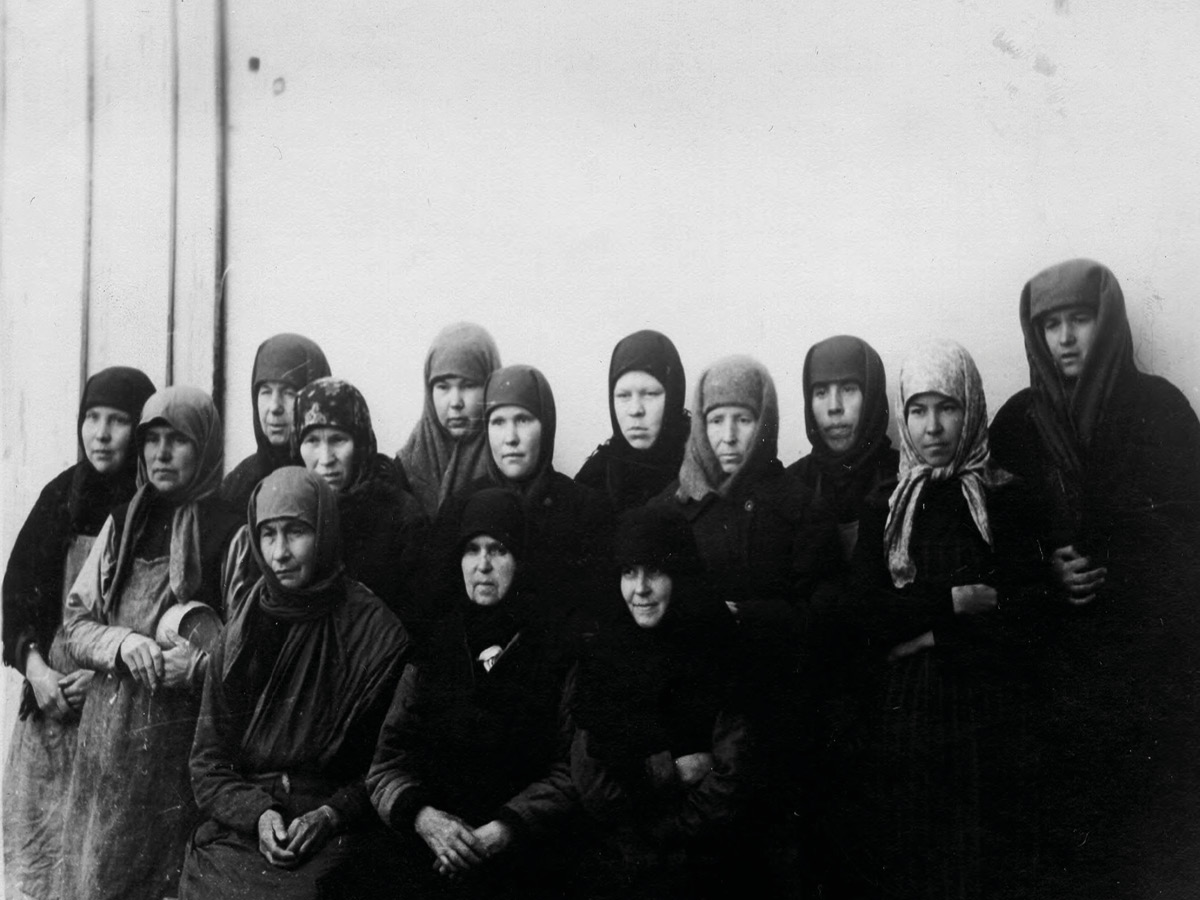 Nuns from the Dubches Convents Arrested in 1951 by the NKVD.

Image Credit: Photographs from the Trial of the Dubches Hermits, World Digital Library

Amongst those that fled to the Ural Mountain monasteries were monks and nuns, as well as peasants seeking refuge with the religious hermits. When the monasteries were spotted in 1951, many of their inhabitants – including women and youngsters – were arrested and sent to Gulags. 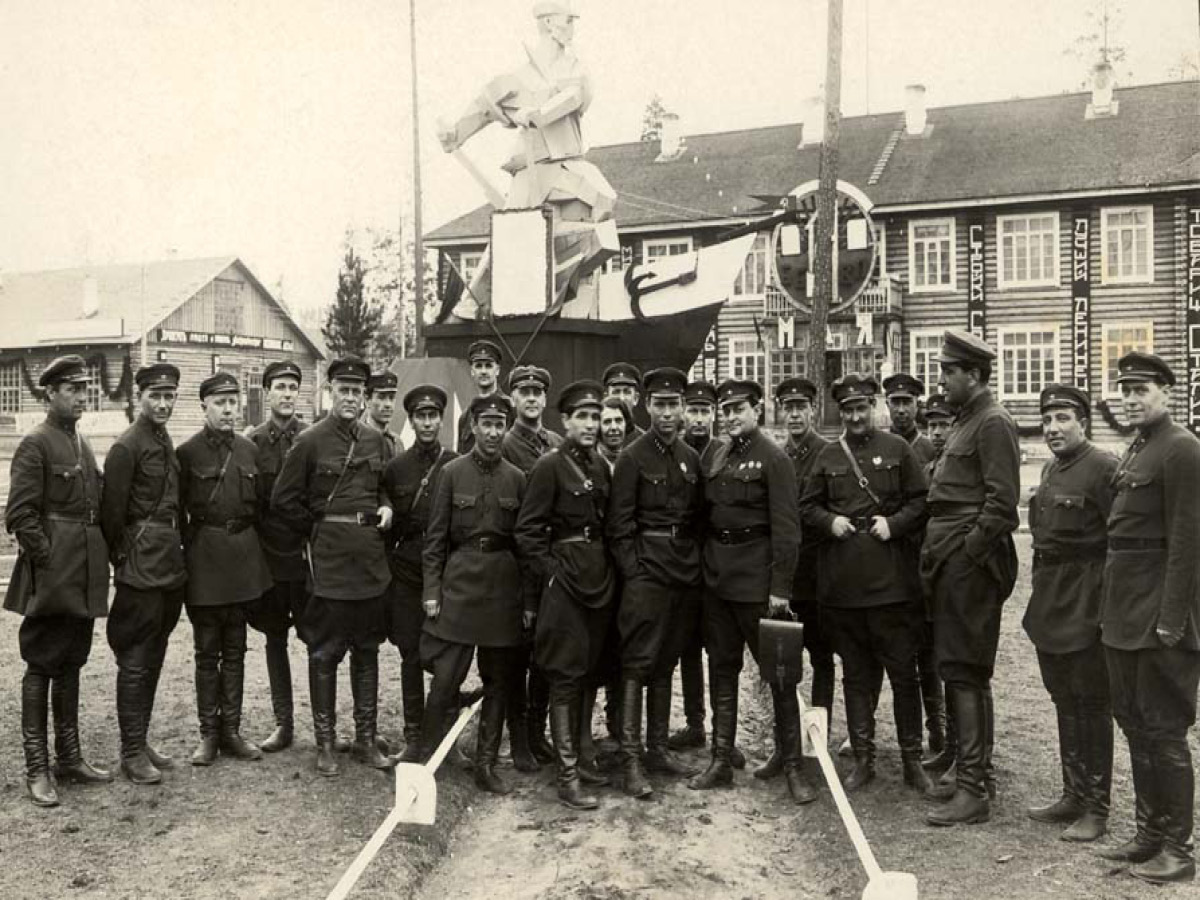 Berman with Gulag camp chiefs, May 1934

Matvei Berman helped to develop the Gulag system in 1929, eventually becoming Head of the Gulag in 1932. He oversaw various projects including the White Sea-Baltic Canal construction for which he was awarded the Order of Lenin.

It is estimated that at one point, Berman was responsible for over 740,000 inmates and 15 projects across Russia. Berman’s power fell during the Great Purge and he was executed in 1939.