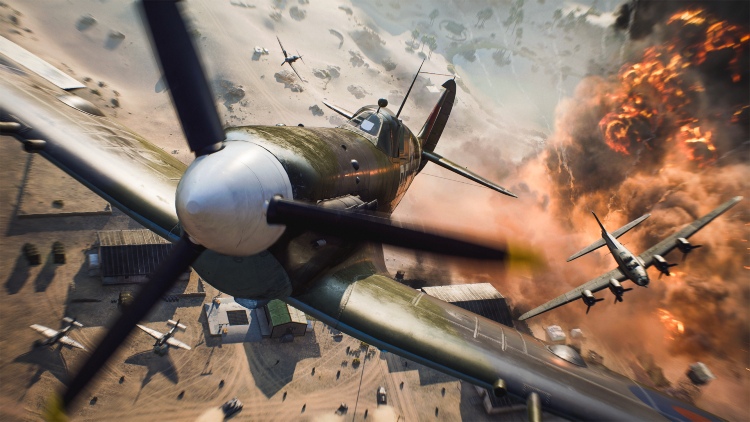 If you aren’t yet swayed by Battlefield 2042, you can get your squad-based vehicular combat fix in these Battlefield games. The series is iconic for its large-scale multiplayer, but each iteration offers something slightly different. They cover different time periods, embrace different mechanics and vary in their singleplayer and multiplayer focus.

Yet from the goofy escapades of rogue soldiers in Battlefield: Bad Company to the earnest World War One storytelling of Battlefield 1, the series always aspires to a distinctive brand of sandbox entertainment. Eschewing some harder to find classics, here are the best Battlefield games you can play right now, in no particular order. 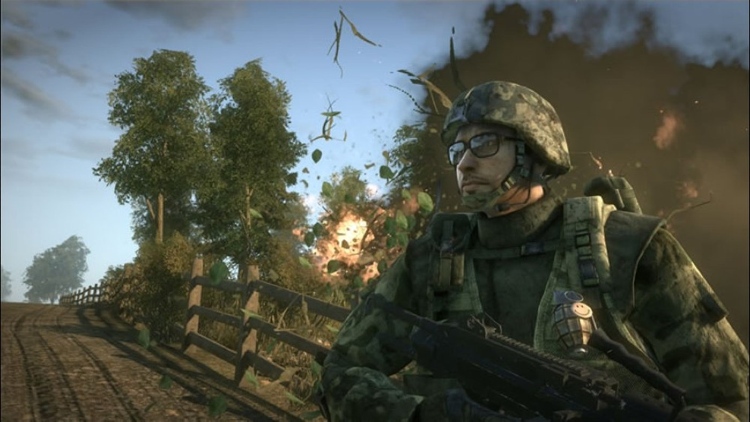 A stunning multiplayer demo for Battlefield: Bad Company on the Oasis map established the series’ now hallmark feature of highly destructible environments. For the first time in the series, mortar strikes could rain through rooftops and explosives could gouge the landscape.

While the mission design of the singleplayer story was of varying quality, the titular Bad Company proved memorable characters. They were a sit-com-suitable ragtag crew of soldiers, crashing through clichés as they went AWOL to scavenge for gold. Redford was the sensible soldier on his last days of retirement, Sweetwater the dorky medic, Haggard the guns-blazing comic relief. 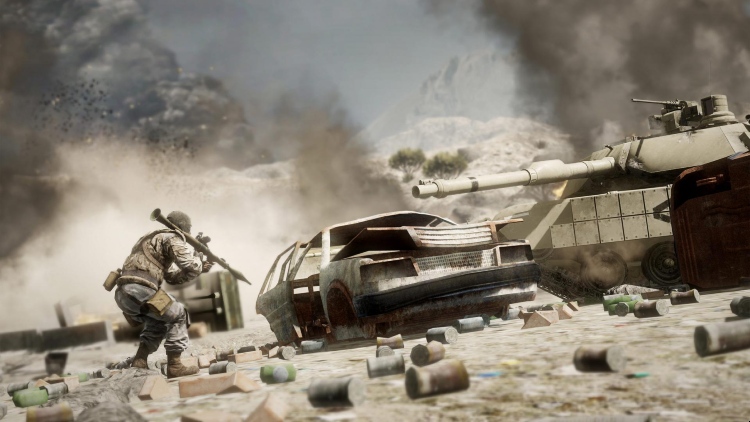 Many will remember Battlefield: Bad Company 2 as the best Battlefield ever made. It continued its predecessor’s narrative drive in an ironed-out singleplayer, while it expanded the series’ multiplayer vehicular warfare onto vast, staged maps like Arica Harbour.

The combination of squad-based tactics with effortless and novel destruction made it an engine for unique stories. An expansion, Bad Company 2: Vietnam, was a throwback to the standalone 2004 game Battlefield Vietnam. Bad Company 2 still looks presentable, despite the fact Battlefield 3 launched just a year later with a huge visual upgrade. 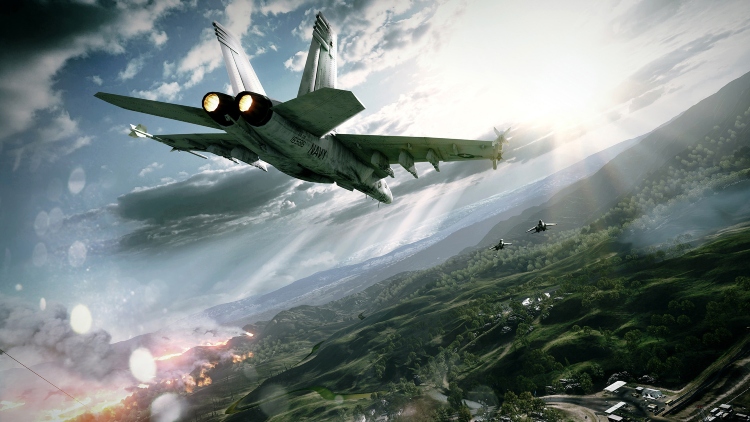 A more sober take on the series after the Bad Company duo, Battlefield 3 angled itself as a deliberate sequel to 2005’s Battlefield 2 and its self-serious take on modern warfare. There’s no Sweetwater or Haggard in Battlefield 3’s campaign, but plenty of opportunities for developers DICE to showcase the game’s improved lighting, animation and sound.

Its flashier aesthetics weren’t at the expense of multiplayer fun, and Battlefield 3 chiefly delivered on spectacle with 64-player confrontations. It’s still a favoured game from the franchise but was largely superseded by the slight changes provided by Battlefield 4. 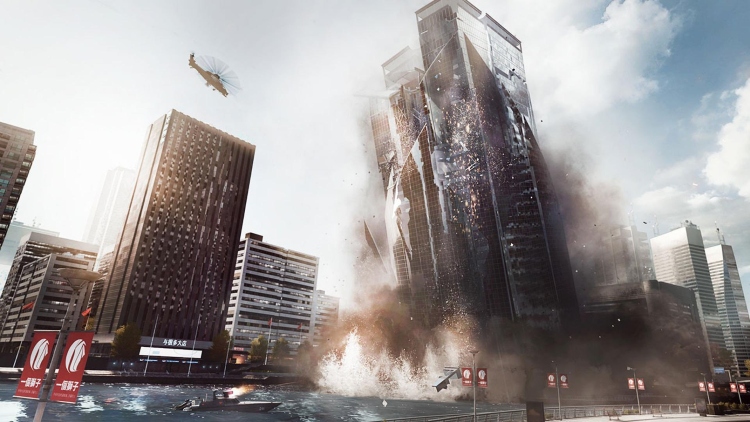 “Levolution” is the key phrase associated with Battlefield 4. The level destruction which had been moderated in Battlefield 3 was refitted to incorporate entire skyscrapers, the raising of which changed the design of multiplayer maps in real-time.

Barring Battlefield 2042, it’s still the most recent main game in the franchise to be set in the contemporary world. Already eight years old, Battlefield 4 is still active with players and rivals alternative first-person shooters for scale and spectacle.

Battlefield 4 remains an excellent entry in the series. It’s unfortunate that some maps are still locked behind expansions so many years from launch, but the base game can be acquired for relatively inexpensive prices. It also features on EA Play, which is available to subscribers of Xbox Game Pass Ultimate. 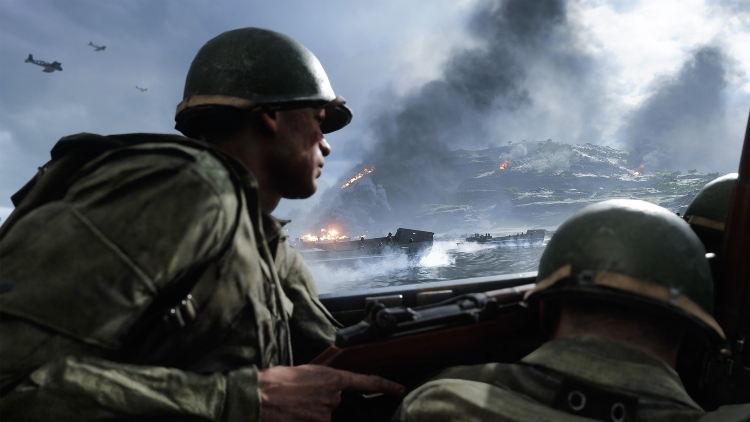 Battlefield V was the first time the series returned to World War Two since the online-only Battlefield 1943, and a flashback in Bad Company 2. Battlefield V remains one of the best Battlefield games you can play right now. It encompasses a range of settings from North Africa to the Pacific, where players can jump into satisfying airplanes and tanks from the era.

A short singleplayer mode offers little of the thrill of even the middling maps of Battlefield V’s multiplayer. It nevertheless merits some praise for its anthology of War Stories which manages to introduce players to multiple perspectives on the war. 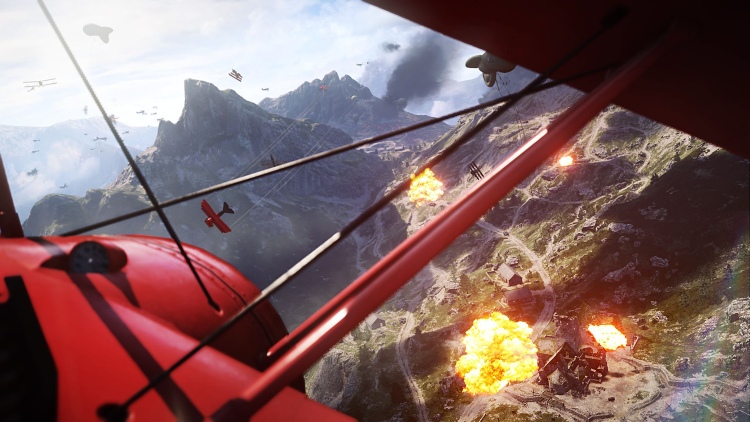 Battlefield V followed the template set by Battlefield 1, the only game in the series set in World War One. Together they offer gameplay with quicker time-to-die that gives it less a hardcore feel than an arcade one.

What makes the historical Battlefield games interesting is how they use their settings as the basis for transformation. Battlefield 1, with its antiquated weapons and sprawling War Story missions, offers a refreshing experience for players exhausted by the modern settings of other Battlefield games.

Is Battlefield 1 or 5 better?

With its wider selection of vehicles, which include tanks, fighter aircraft and bombers, Battlefield V manages to edge its way past Battlefield 1 as the more enjoyable playing experience. With that variety comes a greater capacity for players to generate their own distinctive stories. 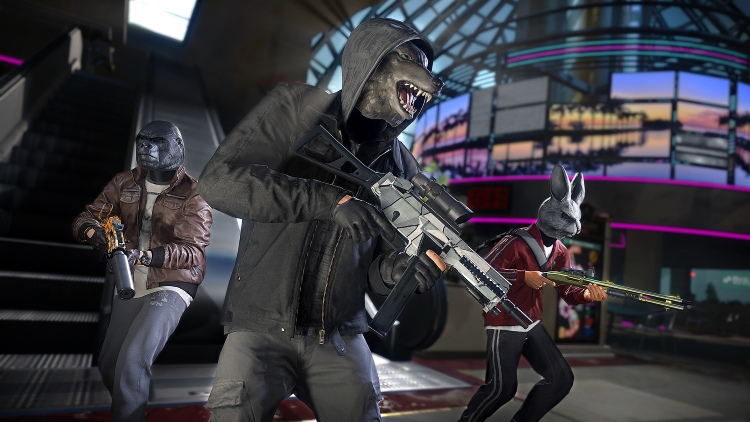 Battlefield Hardline is a spin-off from the main series of Battlefield games. It invites players to participate in a big game of cops-and-robbers. Hardline is an anomaly in a series more comfortable in open landscapes crawling with tanks and strafed by aircraft. Its peculiar multiplayer mode worked by most accounts, but it promptly dropped off the radar and now occupied servers are rare.

What is the best Battlefield?

Which Battlefield is the most active?

However if you’re looking for the Battlefield game with the healthiest community of players, Battlefield V is a strong choice. It has repeatedly been the most-played game in Steam, most recently in September 2021 with a respectable peak of 76,456 players during a free weekend period. 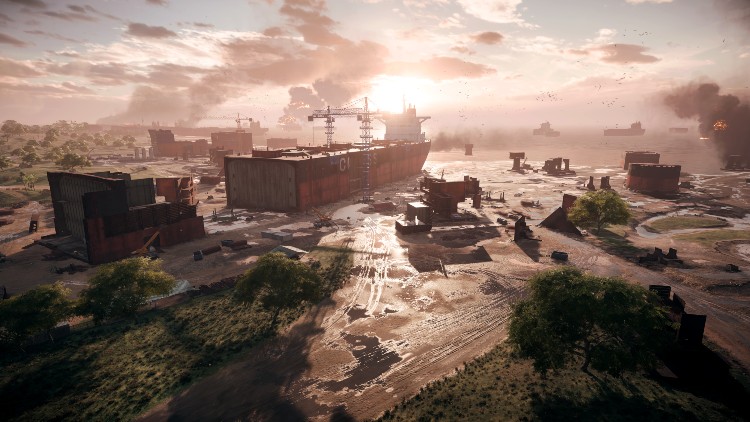 Battlefield 2042 has some impressive credentials, including the promise of bigger maps than previous games in the series and the innovative Portal mode. This lets players resurrect previous titles such as Bad Company 2 inside the Battlefield 2042 game, and even pit two teams from different eras against each other.

On the other hand, it may be some time until it is in a state where it is thoroughly recommendable. Battlefield 2042’s problematic launch means that it is a less reliable experience than other Battlefield titles. 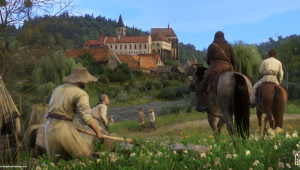 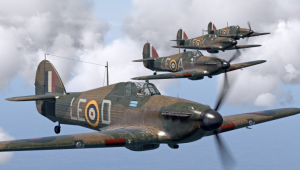