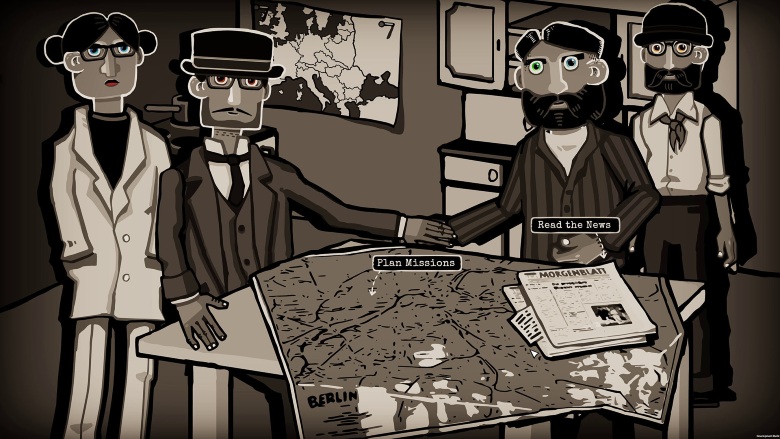 Through the Darkest of Times screenshot

Historical games: occasionally, they go beyond their absorbing historical scenery and attempt to teach players something about the era in which they are set. The appeal of these games isn’t limited to their historical fiction. They can communicate something of the culture and society of the period.

Here are four games which do just that.

This War of Mine 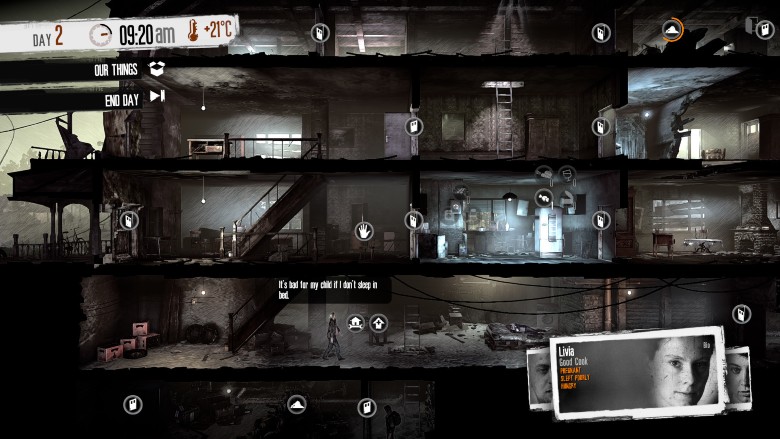 This War of Mine

Arguably the most dour and haunting game on this list, This War of Mine is a strategy game in which players are tasked with keeping a group of people alive while the world goes to hell just outside their door. Bereft of the usual human necessities such as warmth, running water and food, the group have taken shelter in a dilapidated house in the fictional city of Pogoren, Graznavia.

They are unable to go outside during the day. The reason? Snipers cover the street in the daylight hours. Taking a step outside means certain death. At night they can venture out in search of supplies. This brings them into contact with other citizens, who they can either rob or help, and vice versa.

This War of Mine is inspired by the plight of civilians during the Siege of Sarajevo in the Bosnian War – the longest siege the city experienced since the Second World War. During the four-year siege, many were at the mercy of armed forces and over 100,000 people were killed. It’s rare that a game set in wartime makes players focus on the trials and atrocities experienced by everyday folks, but This War of Mine does just that. The result is harrowing. It will invariably make players more aware of the hellish conditions endured by civilians in conflict.

Gabriel Knight: Sins Of The Father 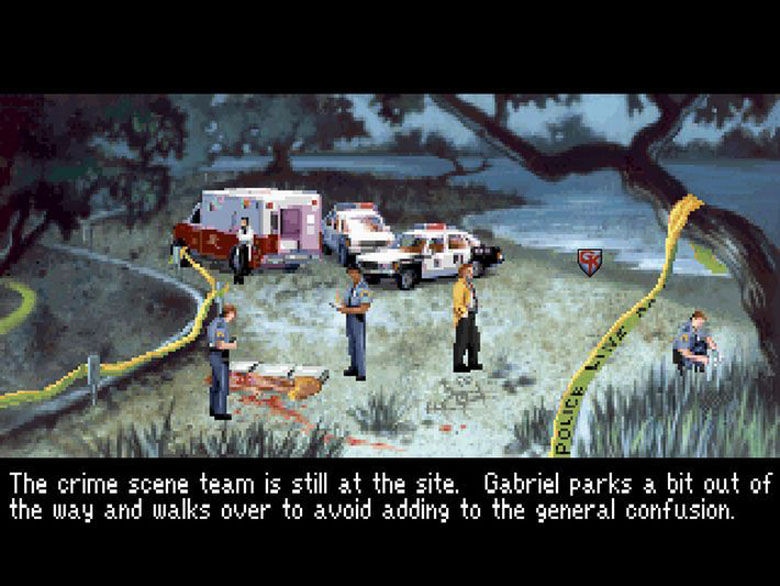 Set in New Orleans, the home of Louisiana Voodoo, Gabriel Knight: Sins Of The Father is at its core a supernatural murder mystery. Players take on the role of bookshop owner, horror novelist and generally unprincipled cad, Gabriel Knight. He comes across a series of killings, dubbed “The Voodoo Murders” by the press, that pique his interest. The story walks the line between urban occult and noir fiction, while some of its events veer into the realm of pure fantasy.

Players are likely to come away knowing more about the history of New Orleans, the trade in enslaved Africans, and the arrival on American shores of Voodoo than they bargained for.

The game plants a firm foot in reality to anchor its magical shenanigans. As Knight’s investigations take him further and further into the Big Easy’s underbelly, the player is informed by various characters about how West African and Hiatian Voodoo (or Vodun) made its way into the city through the slave trade. They’re shown how it became a local variant, with slaves adopting their owners’ Catholic imagery into their religion to avoid punishment for maintaining their beliefs.

Along the way, players will take in New Orleans landmarks such as Napoleon’s (the famous French Quarter drinking establishment), St Louis Cathedral and New Orleans Cemetery Number One, the resting place of Voodoo Queen Marie Leveau. It’s as much of a travelogue as it is a cracking whodunnit.

Through the Darkest of Times 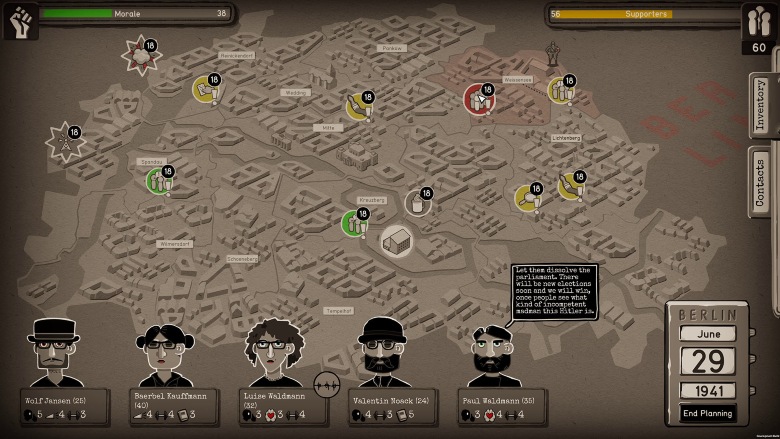 Through the Darkest of Times screenshot

Developed by German developer Paintbucket Games, Through the Darkest of Times asks players to lead an underground resistance group while the German Reich secures its grip on 1930s Berlin. It’s a strategy game in which the player must sabotage the regime, gather information and spread awareness by distributing leaflets. All the while members of the group are at risk of being found out, captured and interrogated.

Current political issues motivated the designers to create Through the Darkest of Times, which charts how a democratic society transformed into a murderous state. Drawing inspiration from groups like the White Rose, it challenges the idea that there was no opportunity for ordinary Germans to resist the Nazis.

It also makes a break from the usual way the Nazi regime is represented in video games. Guards patrol the streets, seizing non-conforming citizens and attacking those whose lives are deemed expendable. The mood of this game is sombre and gloomy. It highlights the danger of individual choices and the bravery that dissent requires. The discomfort its unique storytelling provokes makes it an intriguing and worthy game. 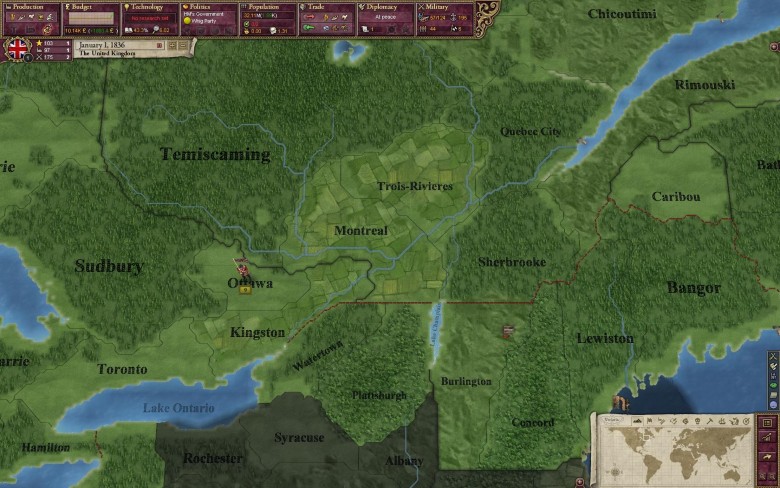 A historical strategy game aimed at the hardcore, Victoria II can be daunting. Its glacial pace and plethora of menus are something you simply need to get along with in order to manage the empires at the heart of Victoria II. Those who are prepared to take the plunge, though, will be rewarded with an experience that is informative about the period in which the game is set.

Beginning at the tail-end of the 19th century, players take control of one of 200 nations and go about increasing the reach and influence of their country. The gameplay centres around managing the state in terms of technological developments, diplomatic engagements, military tactics and economic considerations.

Along the way historical events will shove their collective elbow into the action. By the end of the game, players will have had to deal with the realities of the American Civil War, the birth of Germany as Prussia expands, the First World War, the rise of communism, and the arrival of the Nazis. It’s heady stuff, but there are rewards there for anyone bold enough to give this game a try. 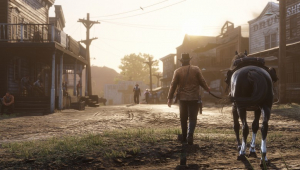 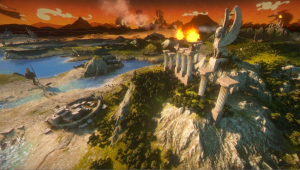