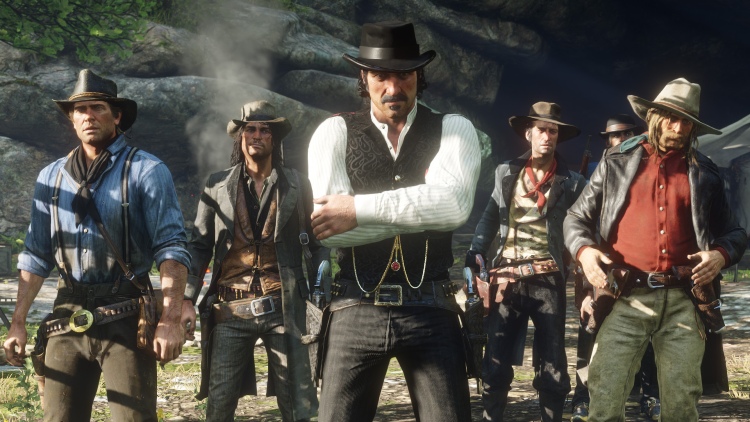 When one considers how popular the Wild West is – both as a genre of entertainment and a rich seam of American history – it’s perplexing how thin on the ground games set in this time and place are. The setting seems like a boon to game designers – especially in the modern age – offering wide open spaces, mythology, great stories and yes, gunfights galore.

That having been said, over the years several developers have heard the call of the West and applied their talents to giving players rollicking experiences in America’s lawless history. What follows is a list of the best Wild West games you can play right now.

It would be remiss not to start with arguably the best game from the genre currently available. The prequel to Rockstar’s first foray into the open world Wild West genre, Red Dead Redemption 2 tells the story of a gang of bandits on the run in the dying days of the outlaw West. Players take on the role of Arthur Morgan, an aging gunslinger and second-in-command to the gang’s leader, Dutch as they try to keep their family of ne’er-do-wells beyond the law’s reach.

It’s a story of hard-bitten miscreants on America’s frontier and beyond the superb plot, Red Dead Redemption 2 offers players a plethora of activities from bounty hunting to breaking horses to gambling to collecting cigarette playing cards.

It would be easy to lose months to this game – and that’s before players dive into the online multiplayer mode, which offers updates on a regular basis. On top of that, the developers have made every effort to ensure the game’s Wild West world is historically accurate; everything from the architecture, to the topography to the characters’ outfits is authentic. If you’ve ever wanted to star in Western, this is the place to start. 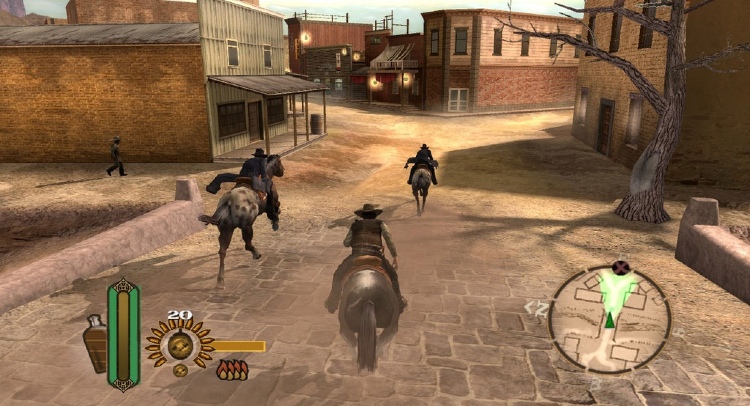 Before there was Red Dead Redemption (or its sequel/prequel) there was Gun, a Wild West sandbox game developed by a studio best known for Tony Hawk and Guitar Hero games. It was something of a novelty when it arrived – this genre was starved for entries at the time – and it arrived to little or no fanfare.

Which is a pity, because Gun is a pretty compelling Wild West game. It has a great plot – a classic revenge tale – a superb voice cast (that includes the likes of Tom Jane, Lance Henriksen, Kris Kristofferson and Ron Perlman) and gameplay that has worked its way into the DNA of releases beyond Gun’s dominance as the only Western game in town; we’re looking at you Red Dead Redemption. Unfortunately, it came along at a time when Western games weren’t the toast of the town, but it is still well worth revisiting. 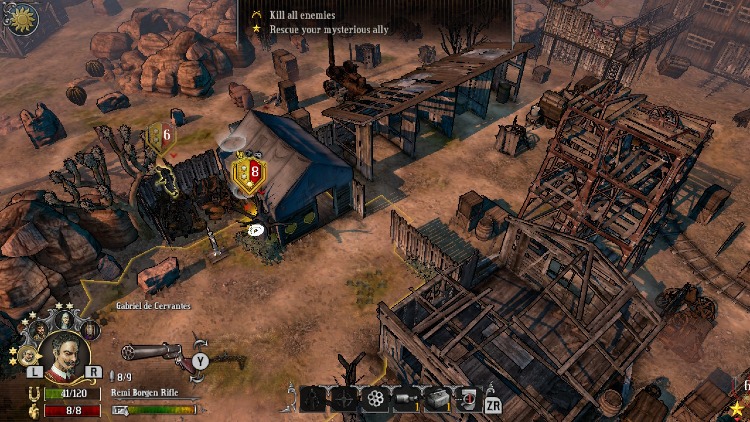 Possibly the game on this list that leans the hardest into the hard-bitten mythology of the Wild West, Hard West is a superb strategy game that opens the door to the supernatural.

The game’s narrative is tied together by visitations from the devil and death, which in turn affect the lives of all around them. Demons, ghosts and the undead make an appearance too.

But Hard West plants its foot in the narrative of the Wild West, with bank robberies, shoot-outs, lynching and more making their way into missions. Beyond that, it’s heaps of fun to play. Hard West may play fast and loose with historical aspects of the time that it’s set in, but it captures the spirit of the Wild West perfectly. Imagine Unforgiven directed by John Carpenter and set in a game, and you’re starting to get the idea. 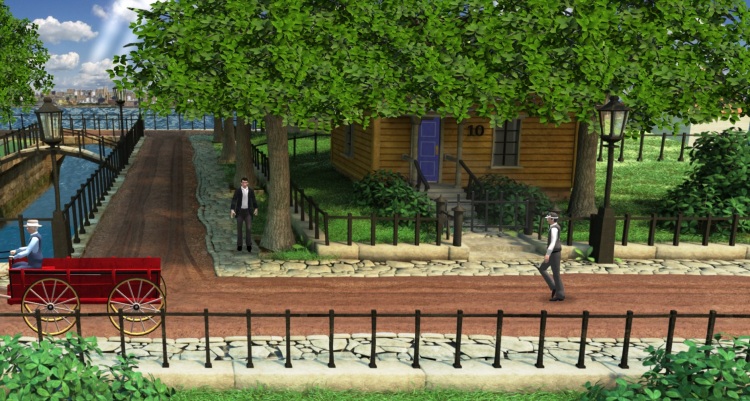 A million years ago, back in the late 1980s, point and click adventures ruled the roost on PCs. Sierra On-Line was the developer at the top of this heap and Gold Rush! was its nod to the Wild West and the trials and tribulations prospectors faced if they decided to seek their fortunes by heading into the lawless west.

Players take on the role of a newspaper man in Brooklyn who decides to forego his comfortable life on the coast and head west to seek his fortune in gold and possibly find his long-lost brother. Gold Rush! is rock-hard; players can take multiple paths in their quest for glory, and depending on their decisions, they can come up against Native Americans, swamp wildlife, the harsh elements, cholera and even man-eating ants. Yes, really.

It weaves in and out of historical accuracy, but Gold Rush! certainly impresses on players the fact that prospectors risked everything if they decided to pursue their dreams of fortune.

Recently this game was given the Anniversary treatment with a visual scrub, so you don’t need to go hunting to the ends of the internet if you want to play it.

The Call Of Juarez: Gunslinger 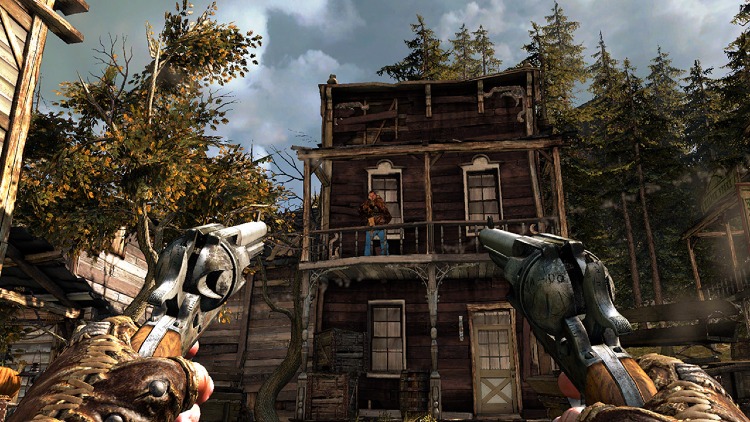 Gameplay from The Call Of Juarez: Gunslinger

Really, you could pick any entry in this series to get your Wild West fix – except for the third one, which not only isn’t set in the Wild West, but is resolutely awful – but for our money, Gunslinger is the cream of this crop. Once again, it’s not exactly what one would call an historically accurate Western, but it does capture the spirit of being an outlaw in a lawless land.

Gunslinger puts a premium on gunplay; as players progress through the rather decent story, they need to become adept with being a fast-hand and an eagle-eye. In a way it makes players feel like a legend of the Old West. There’s even an aspect to the proceedings that reveals events in the story may not have transpired in the way the player sees them play out. Like Billy The Kid – who did most of his best work when his opponents had their backs turned – the hero in Gunslinger runs up against historical truths. Still, it’s a wild ride throughout. 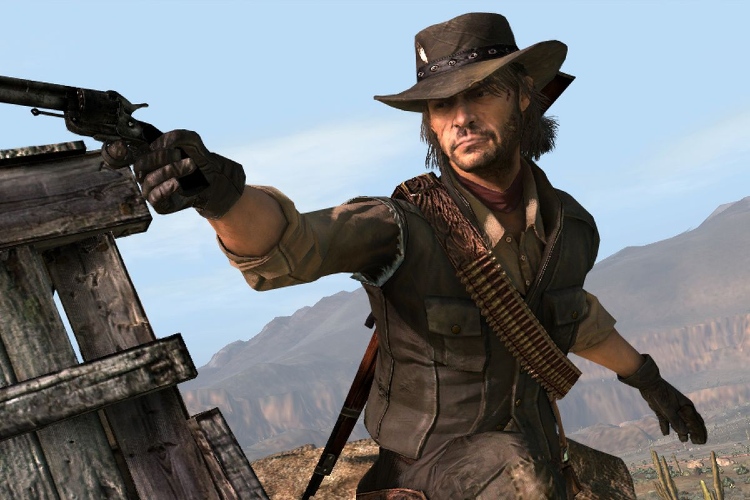 Released in 2010, Red Dead Redemption prompted many critics to announce that the next great Western was a video game – and they weren’t far wrong. Set in a sprawling map on the US/Mexican border, Red Dead Redemption saw players robbing trains, fighting bar brawls, sitting down for a game of Texas Hold ‘Em, working on farms and essentially living the life of a cowboy in the old west.

The plot underpinning all of this action was equal parts ‘The Wild Bunch’ and ‘Unforgiven’, seeing players take on the role of John Marston, an outlaw-turned-farmer who is pressed into service by the Pinkertons to hunt down members of his old gang. Like its sequel, everything from the outfits, to the fittings, to the firearm is era-accurate. A must for Western fans. 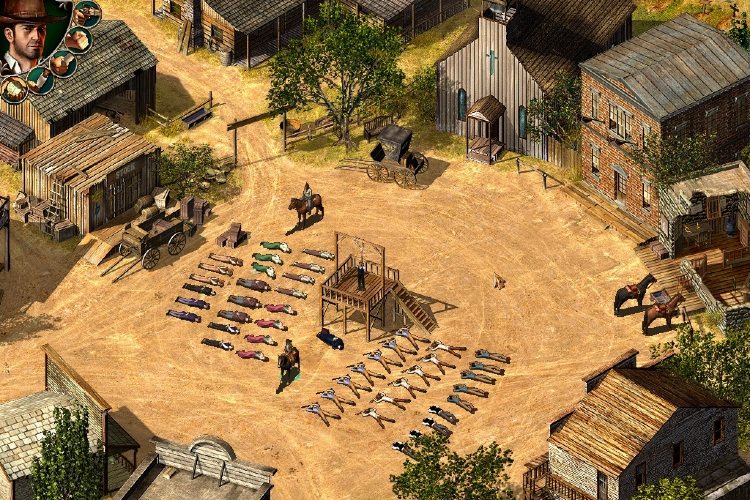 If you’re in the market for a great strategy game, Desperados: Wanted Dead Or Alive fits the bill and then some. Set on the Mexican border, the game follows John Cooper and his gang of outlaws as they tackle a set of missions ranging from sneaking through a heavily guarded town, rescuing fellow outlaws and breaking into fortresses. The level design is very well done and holds up years later after release.

What really makes Desperados: Wanted Dead Or Alive stand out though, are the special abilities of Cooper’s gang members. While Cooper is pretty one-note, he’s accompanied by folks such as Doc McCoy, who can heal gang members and wields knockout gas as a weapon. There’s Sam Williams, a demolitions expert who can hurl dynamite in the direction of his foes. A stand-out is the gambler Kate O’Hara, who can seduce and temporarily blind opponents.

They and other members make the levels feel like puzzles to solve, since the player can use myriad ways – and abilities – to tackle it. Be warned, though, Desperados: Wanted Dead Or Alive is old school hard, so save well and save often. 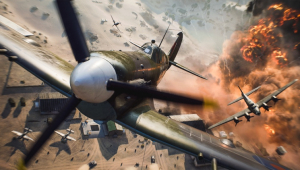 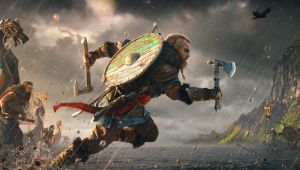