Who Invented Chess and When Did it Start Being Played? | History Hit 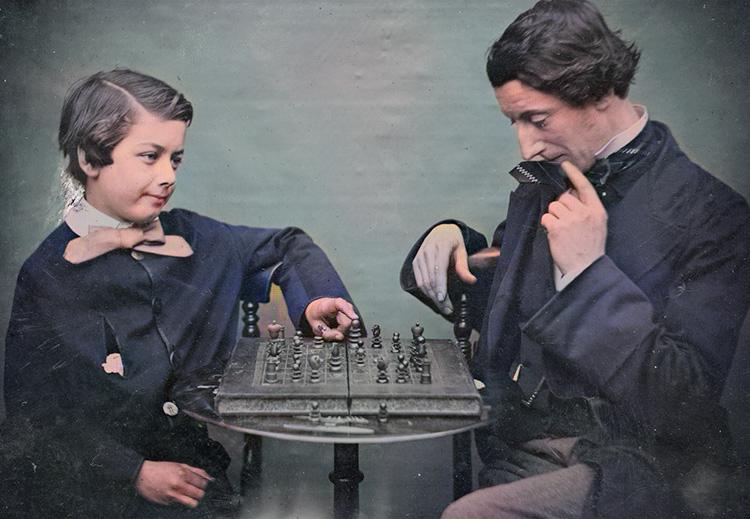 There are few pursuits quite as timeless or as universally admired as chess.

Whether you’re in a pub playing with friends over a quiet pint, or a young prodigy with ambitions of becoming the next Magnus Carlsen, the warlike strategy game is adored by millions of people across all walks of life.

In fact, chess’s allure is much the same as it always has been. While the functions and appearance of specific pieces may have changed over the centuries, it still has the power to captivate and frustrate in equal measure – just as it did with our ancestors.

So, where does chess come from? The true origins of the game are hotly contested, but its oldest known forebear is chaturanga, thought to have emerged in what is now northern India during the 6th century.

The Sanskrit word, which loosely means ‘four divisions’ in English, reflects the types of pieces that were at players’ disposal: infantry, cavalry, elephantry and chariotry (which, in turn, also resembled an ancient battle formation).

Although the precise nature of the original rules has been lost to time, the game was played on an 8 x 8 board and each type of piece had its own unique moves – just like today. 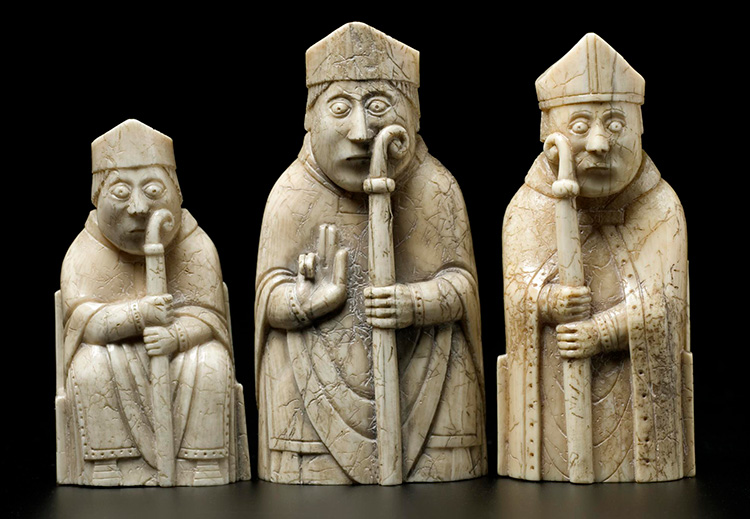 Pieces from a chess set known as the Lewis Chessmen, which were discovered in the Outer Hebrides in 1831. Thought to have been carved in Norway around the 12th century, the existence of the pieces suggests chess may have been brought to the British Isles by the Vikings

Through conquest and trade on the Silk Roads, the addictive pursuit spread to all points of the compass, notably to Persia and then the Arab world, taking on the name shatranj.

As with both chaturanga and modern chess, winning games of shatranj hinged on the fate of a single piece. When a player’s king was at risk of capture, their opponent would shout “shah!” (“king!”), before calling out “shah mat!” (“the king is finished!”) once they had trumped them – the origin of the word ‘checkmate’.

Ostensibly, though, the early ethos remained much the same wherever the game travelled. As well as a recreational pastime, chess was a strategy tool, adopted by military leaders as a way of sharpening their minds for the battlefield.

One of the most important steps towards the development of modern chess, however, took place on the Iberian peninsula during the 15th century.

Brought to the region during the age of Muslim rule, it was here that a powerful new piece – the queen – was introduced, replacing a weaker figure known as the counsellor.

Whereas its predecessor could only move diagonally, one square at a time, the queen could move any number of unoccupied squares in multiple directions. Thanks to the invention of the printing press, it didn’t take long before this innovation spread across Europe. 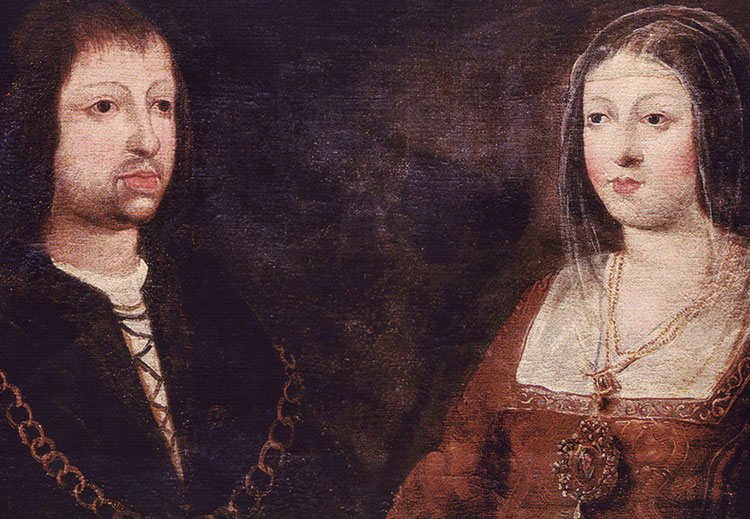 The introduction of the queen in chess is thought to have been inspired by the strong female rulers of medieval Europe, such as Isabella of Castile (depicted here with husband Ferdinand of Aragon) – although this is disputed by some historians

By the medieval and early modern periods, chess had also gained a reputation as the ‘royal game’, with a number of famous adherents. In fact, Tsar Ivan ‘the Terrible’ of Russia is believed to have died of a stroke while playing chess against a friend in 1584.

Chess would take on a new level of seriousness during the 18th century, largely thanks to the efforts of Frenchman Francois-André Danican Philidor, who – as well as being a talented musician – wrote extensively on chess theory.

His 1749 book, Analyse du jeu des Echecs (‘Analysis of the Game of Chess’), was a hit, containing detailed breakdowns of several different game openings, as well as highlighting the hidden power of the pawn.

Within a few decades, chess also began to be played in formal tournament settings, including a series of matches organised between Irishman Alexander McDonnell and French opponent Louis-Charles Mahé de La Bourdonnais in London in 1834.

La Bourdonnais emerged victorious and was unofficially regarded as the world’s best player, but after his death in 1840, he was succeeded by the Englishman Howard Staunton. 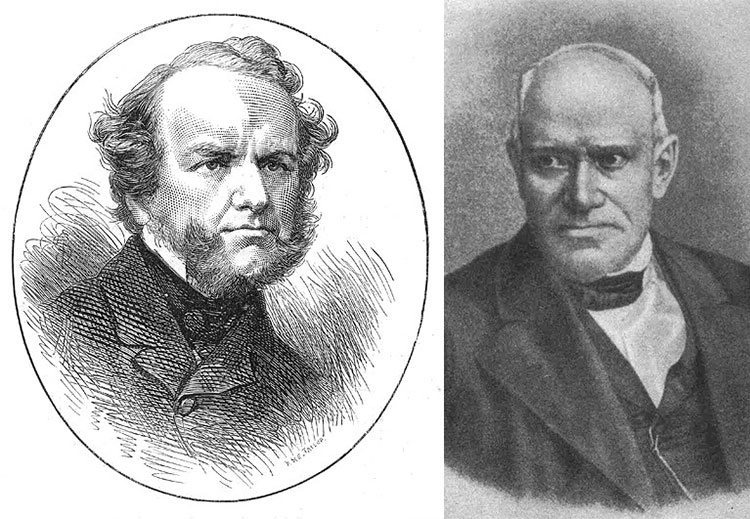 Crucially, it was Staunton who went on to organise the first international chess tournament in London in 1851, bringing together 16 of the best players from across Europe. This inaugural event – intended to tie in with the Great Exhibition – was won by Prussian teacher Adolf Anderssen, who defeated an English politician named Marmaduke Wyvill in the final.

But it was actually Anderssen’s role in an apocryphal clash dubbed the ‘Immortal Game’ that is most talked about today.

During this famous match (actually a friendly played during a break in the tournament), Anderssen sacrificed his two rooks, a bishop and his queen before beating his opponent, Lionel Kieseritzky, using his three remaining minor pieces.

As well as giving rise to several other chess luminaries, such as the American Paul Morphy and Austrian Wilhelm Steinitz, the 19th century was also a period marked by greater standardisation of the game.

In 1849, Howard Staunton lent his endorsement to a chess set patented by newspaper editor Nathaniel Cooke, whose Illustrated London News published a regular column by the famous player. Staunton’s seal of approval led the sleek, neoclassical design to become known as the ‘Staunton set’, and it eventually became the standard set used in competitions.

Similarly, Victorian tournaments also saw the advent of time limits (aided by the introduction of mechanical chess clocks in 1883), plus new restrictions placed on the number of moves players could make.

Yet, despite these important new steps, it wasn’t until 1924 that a global governing body for chess was formally established.

It later began conferring the title of ‘Grandmaster’ on elite players, which is today based on a complex rating system. 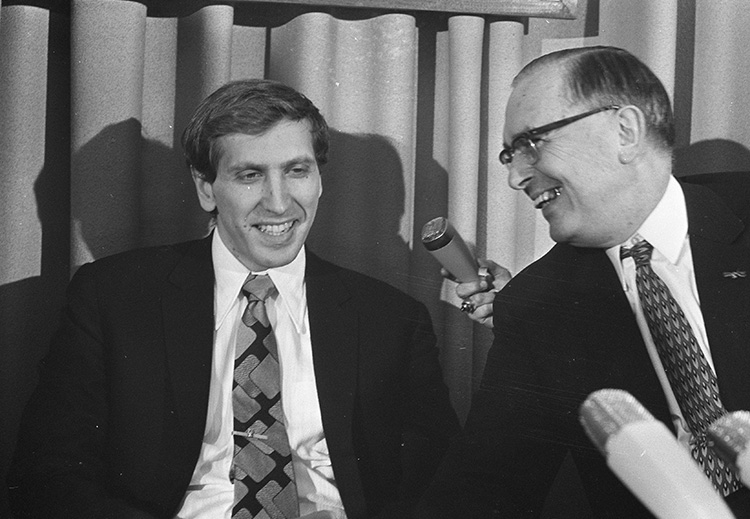 Bobby Fischer (left) at a press conference in Amsterdam with FIDE president Max Euwe, January 1972. Fischer made headlines around the world when he defeated Boris Spassky at the World Chess Championship later that year

In the 20th century, chess also took on a new geopolitical significance. Once a favourite pastime of the Russian imperial family, it was actively promoted as a game for the masses in the fledgling USSR.

With chess sets regarded as an essential staple in both homes and schools, Soviet players would go on to dominate the game for years to come.

This would later set the scene for one of the fiercest clashes in chess history: that of Soviet Boris Spassky against the American prodigy, Bobby Fischer, at the 1972 World Chess Championship in Iceland.

Set against the backdrop of the Cold War, the so-called ‘Match of the Century’ resulted in victory for Fischer and ended years of Soviet superiority at the tournament.

Fischer became a household name in the US, although his reputation would be soured by a number of controversial incidents: a squabble with FIDE ahead of the 1975 World Chess Championship saw him forfeit his title, while he also later drew ire for several anti-Semitic outbursts.

Over the past few decades, the rise of modern computing has added another dimension to the game, allowing players to practice alone and use increasingly powerful technology to refine their strategies.

Indeed, since Garry Kasparov’s headline-making defeat by IBM supercomputer Deep Blue in 1997, the fact that machines can topple world champions no longer yields much press attention.

One big story in recent years, however, has centred around the efforts of Google-owned tech company DeepMind.

In 2018, the British firm published a paper on an artificial intelligence program it had developed named AlphaZero, which taught itself how to play the game. Within just a few hours of ‘training’, AlphaZero was capable of trouncing the world’s most advanced chess engines, even developing its own unique style of play. 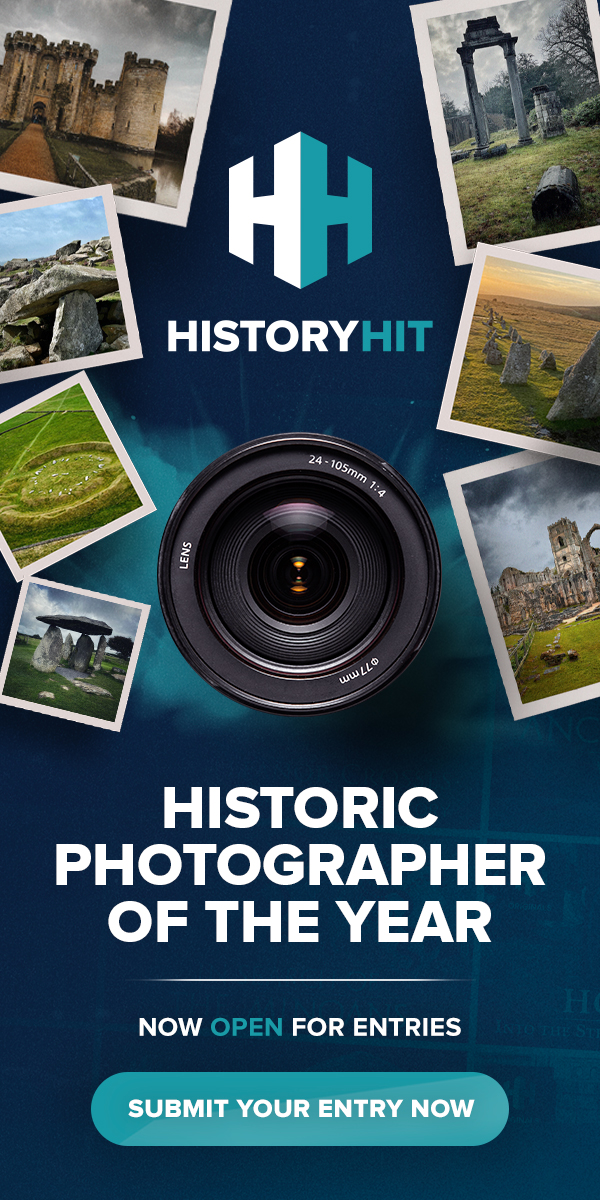 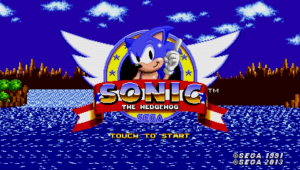 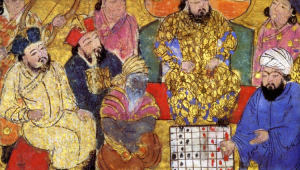 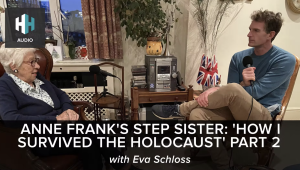 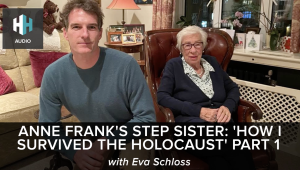 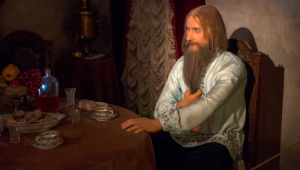 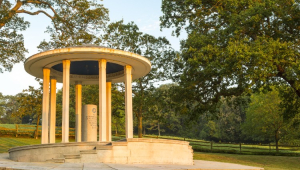 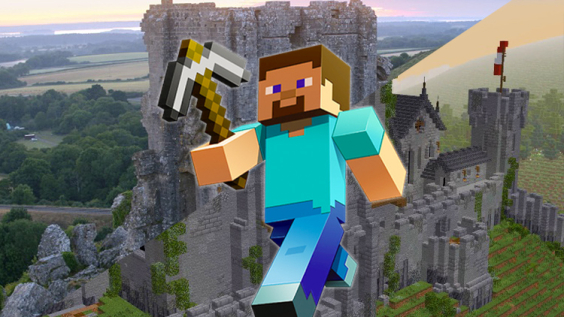 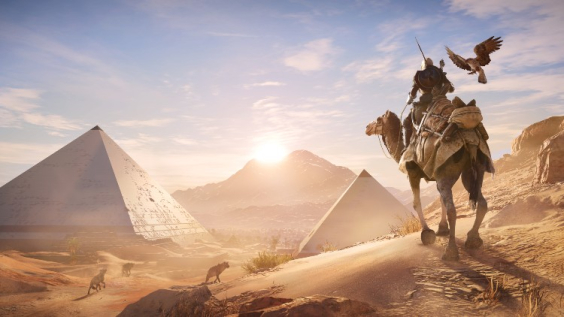 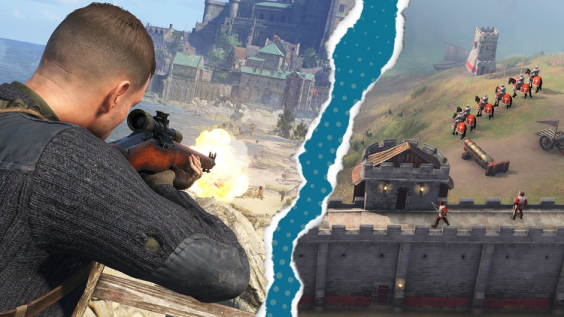 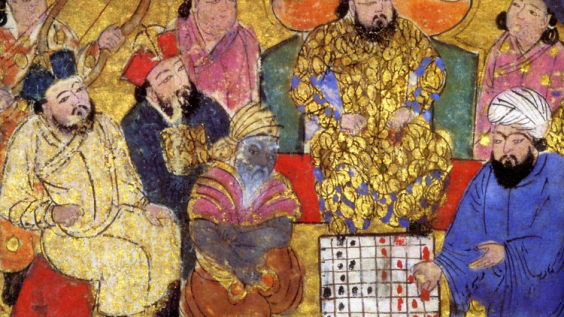 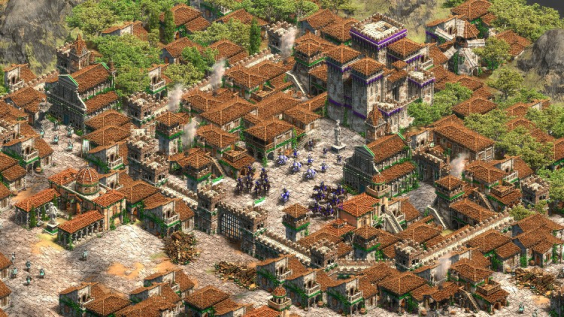 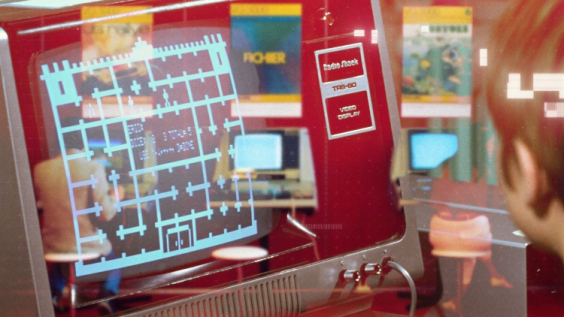 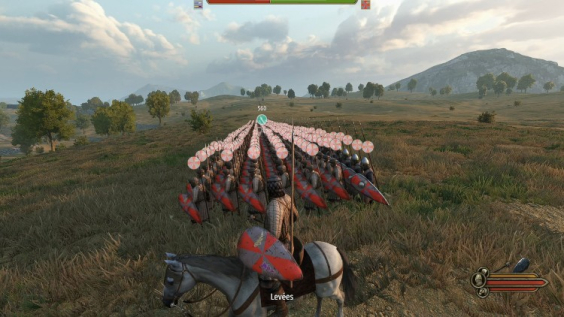 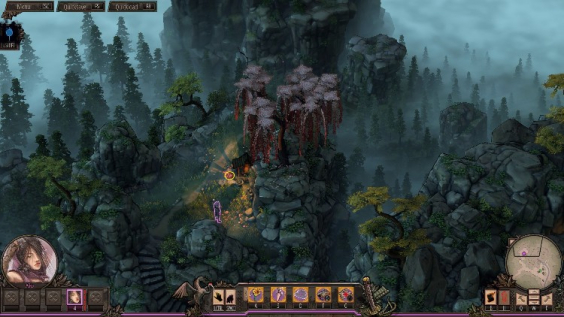 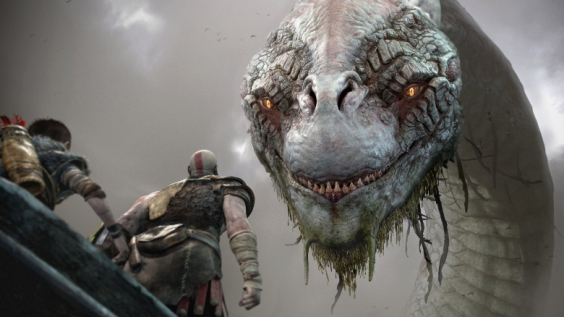 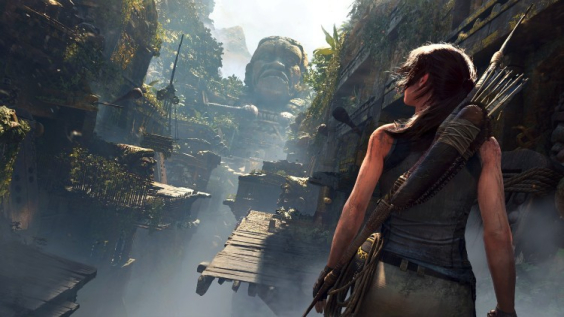 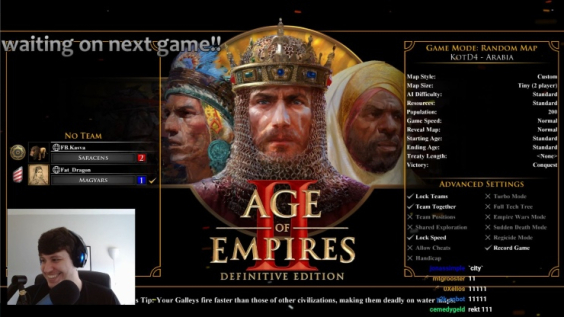 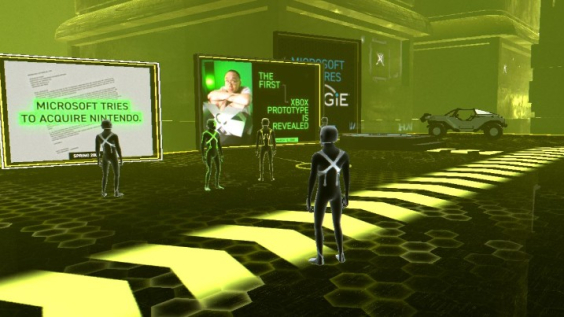