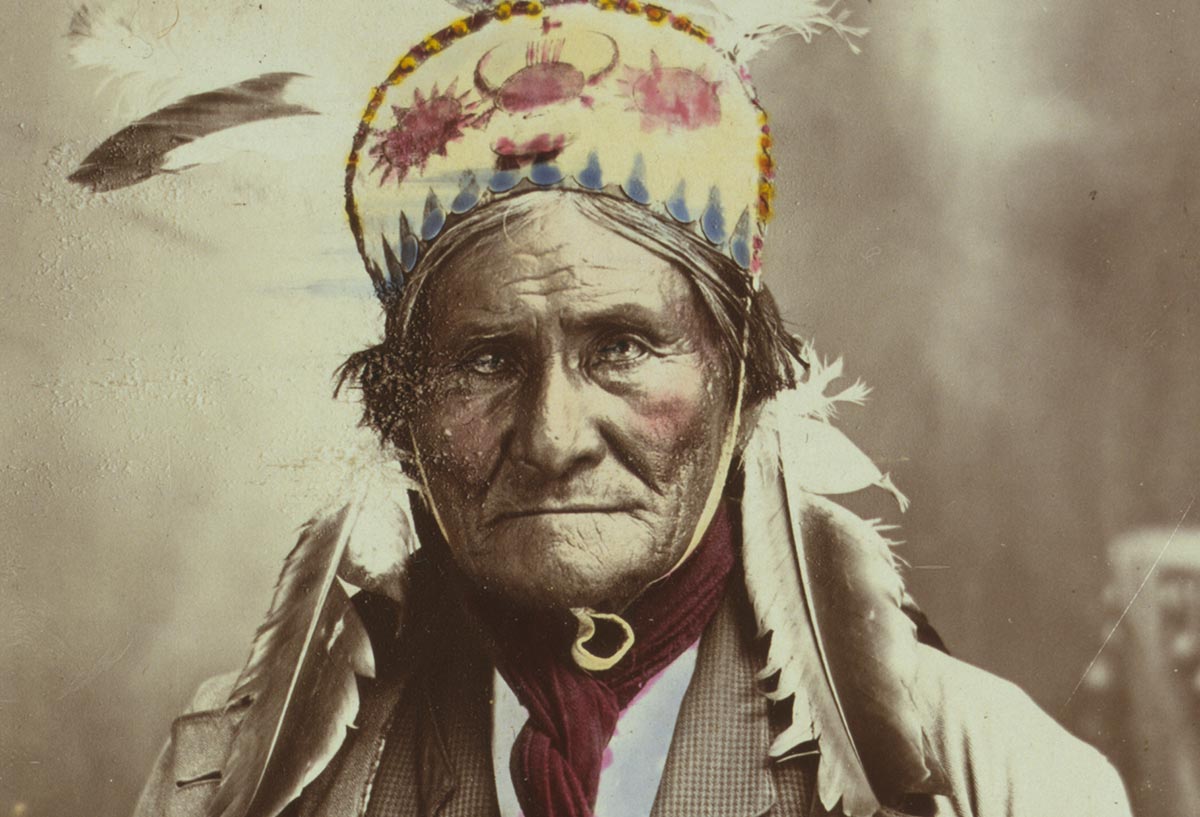 Geronimo (indigenous name Goyathlay) was the fearless military leader and medicine man of the Bedonkohe subsection of the Chiricahua tribe of Apaches. Born in 1829 (in what is now Arizona), he was a gifted huntsman in his youth, joining the warriors’ council at the age of 15. After a couple of years he commanded his own raiding parties in to enemy tribal territory, demonstrating great leadership abilities. Those early years were characterised by bloodshed and violence, with his wife, children and mother killed by enemy Mexican forces in 1858. Stricken with grief he burned his family belongings and went into the woods. There, while crying, he heard a voice saying:

No gun will ever kill you. I will take the bullets from the guns … and I will guide your arrows.

In the coming decades he fought against the United States and its attempts to force his people into desolate reservations. Geronimo was captured on multiple occasions, though he managed to repeatedly break out. During his last escape, a quarter of the US standing army were chasing him and his followers. Though never a tribal chief, Geronimo became the last native leader who surrendered to the United States, living his remaining life as a prisoner of war.

Here we explore the life of this extraordinary Apache military leader through a collection of images. 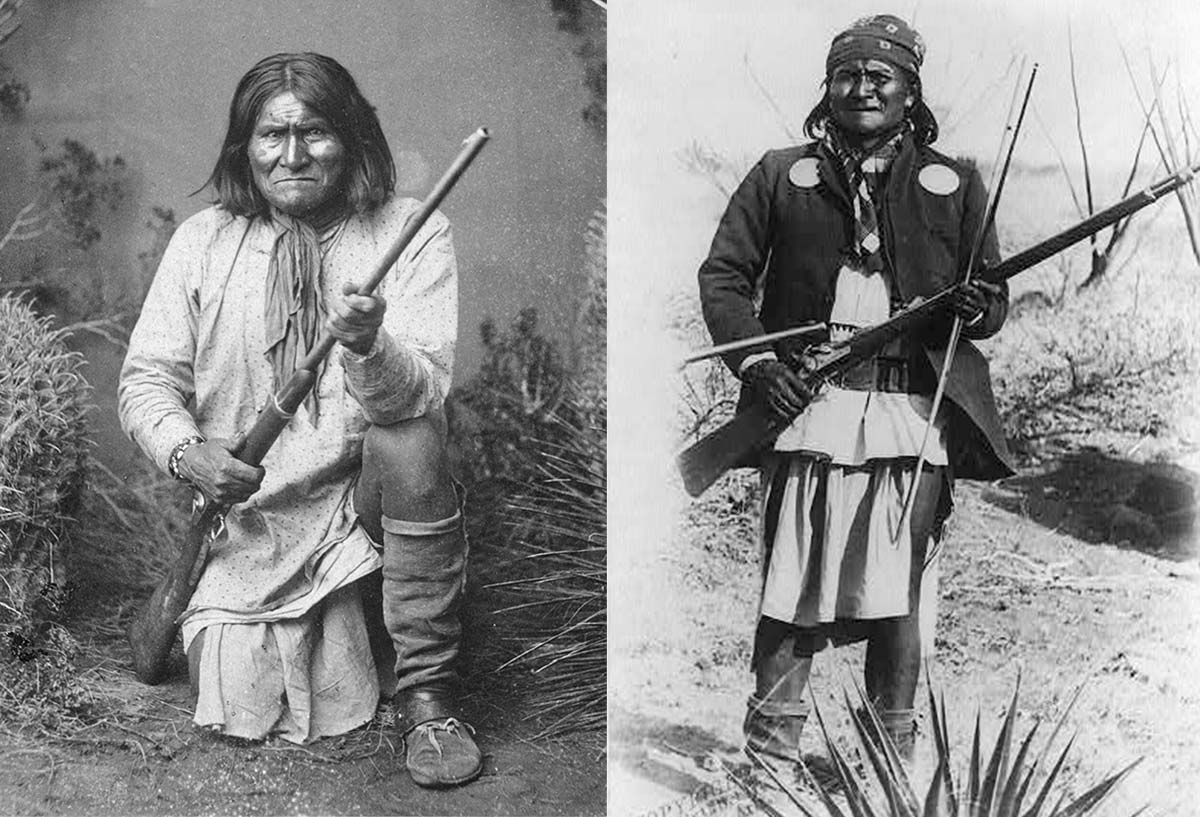 Goyahkla, meaning ‘The One Who Yawns’ became known as Geronimo following his successful raids against the Mexicans. It is not known what the name meant or why it was given to him, though some historians have theorised that it could have been a Mexican mispronunciation of his native name. 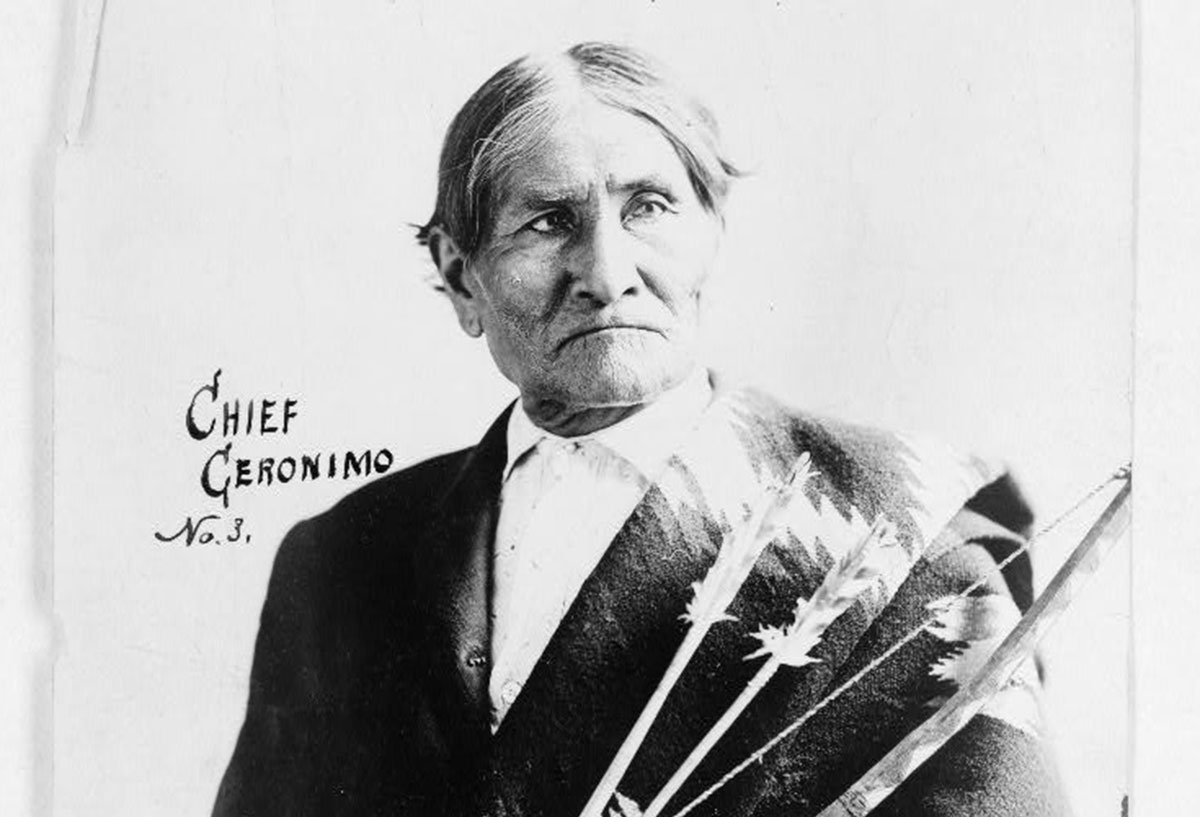 He came of age during a tumultuous period in his tribe’s history. The Apache organised regular raids to their southern neighbours in order to gather horses and provisions. In retaliation the Mexican government started targeting tribal settlements, killing many including Geronimo’s own family. 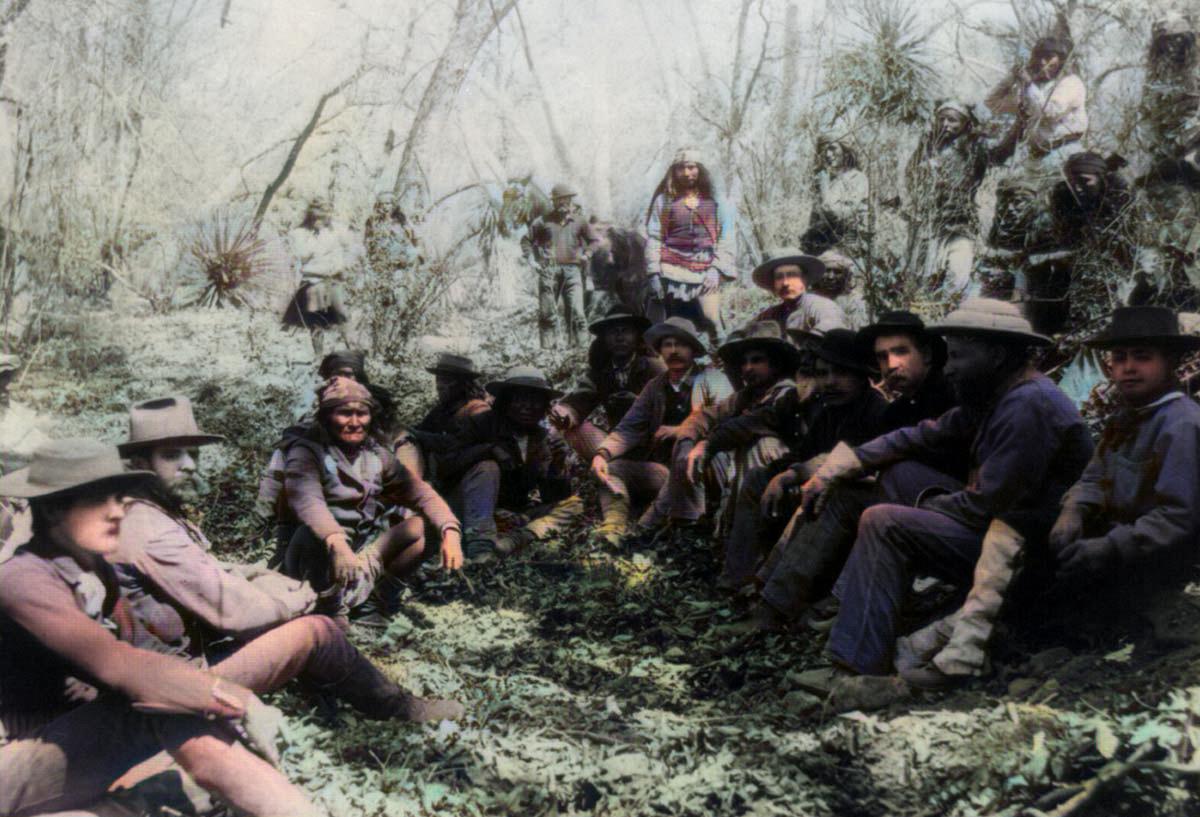 Council between General Crook and Geronimo

Following the American-Mexican War and the Gadsden Purchase, the Apache came into increasing conflict with the United States, who, following years of war, displaced most of the tribe by 1876 to the San Carlos reservation. Geronimo originally avoided capture, though in 1877 he was brought to the reservation in chains. 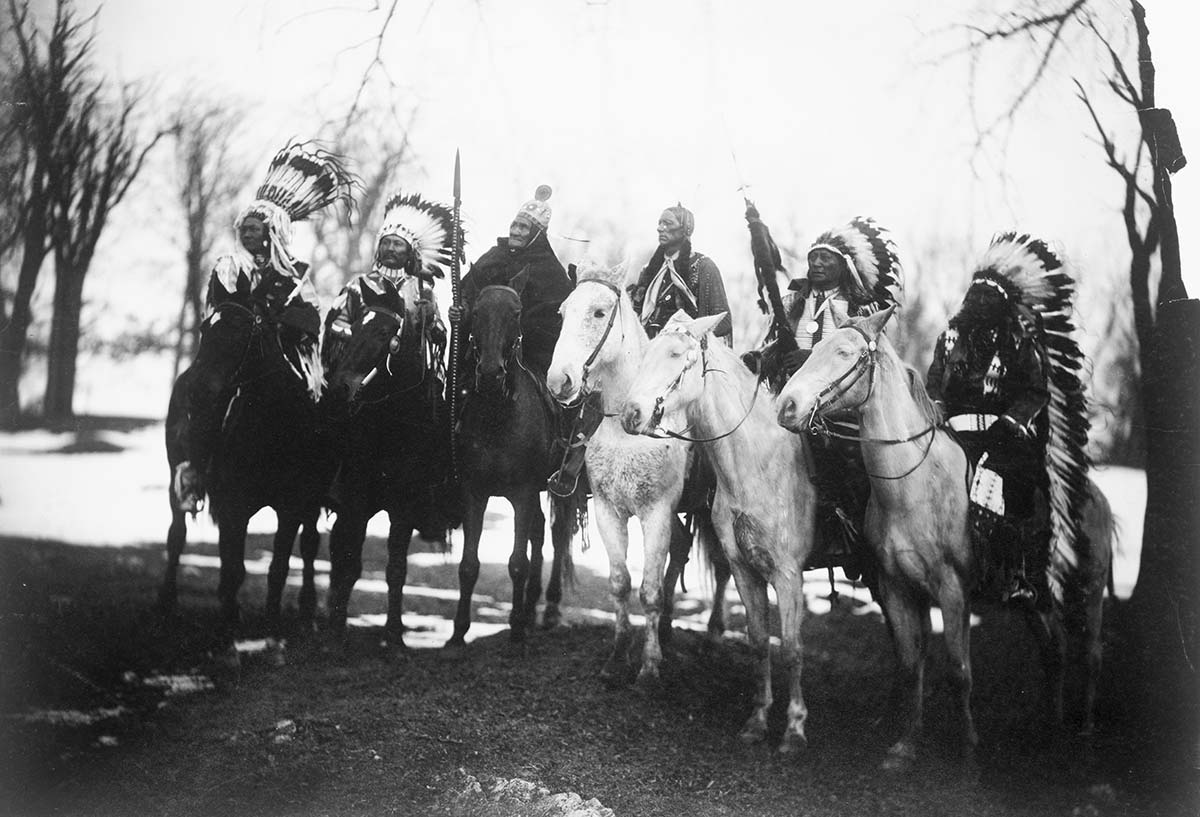 Between 1878 and 1885 Geronimo and his allies would stage three escapes, fleeing towards the mountains and staging raids into Mexican and US territory. In 1882 he managed to break into the San Carlos reservation and recruit hundreds of Chiricahua to his band, though many were forced to join against their will at gunpoint. 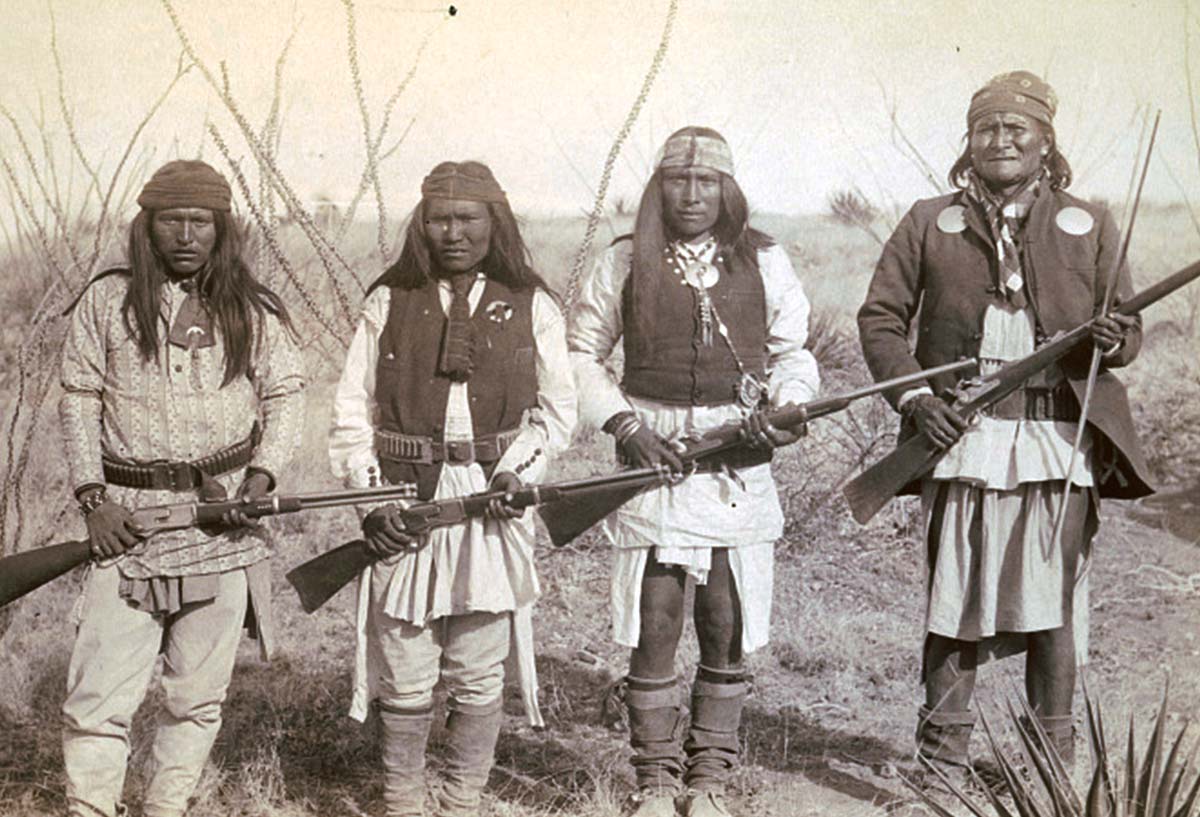 By the mid 1880s his daring escapes and cunning tactics had gathered him fame and infamy across the United States, becoming regular front page news. Even though he was in his mid 60s, he still displayed great determination to carry on the battle against his adversaries. By 1886, he and his followers were being chased by 5,000 US and 3,000 Mexican soldiers. 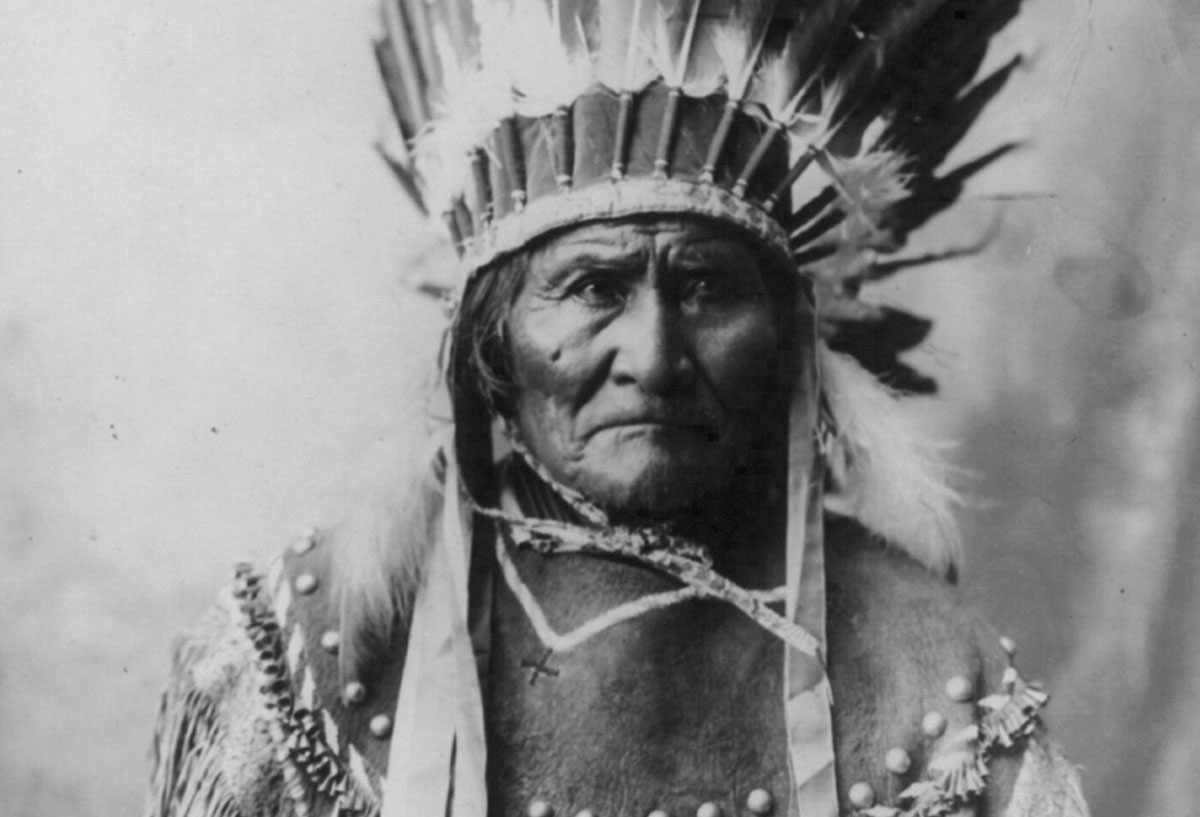 For months Geronimo outmanoeuvred his enemies, avoiding capture, but his people were growing increasingly weary of life on the run. On 4 September 1886 he surrendered to General Nelson Miles at Skeleton Canyon, Arizona. 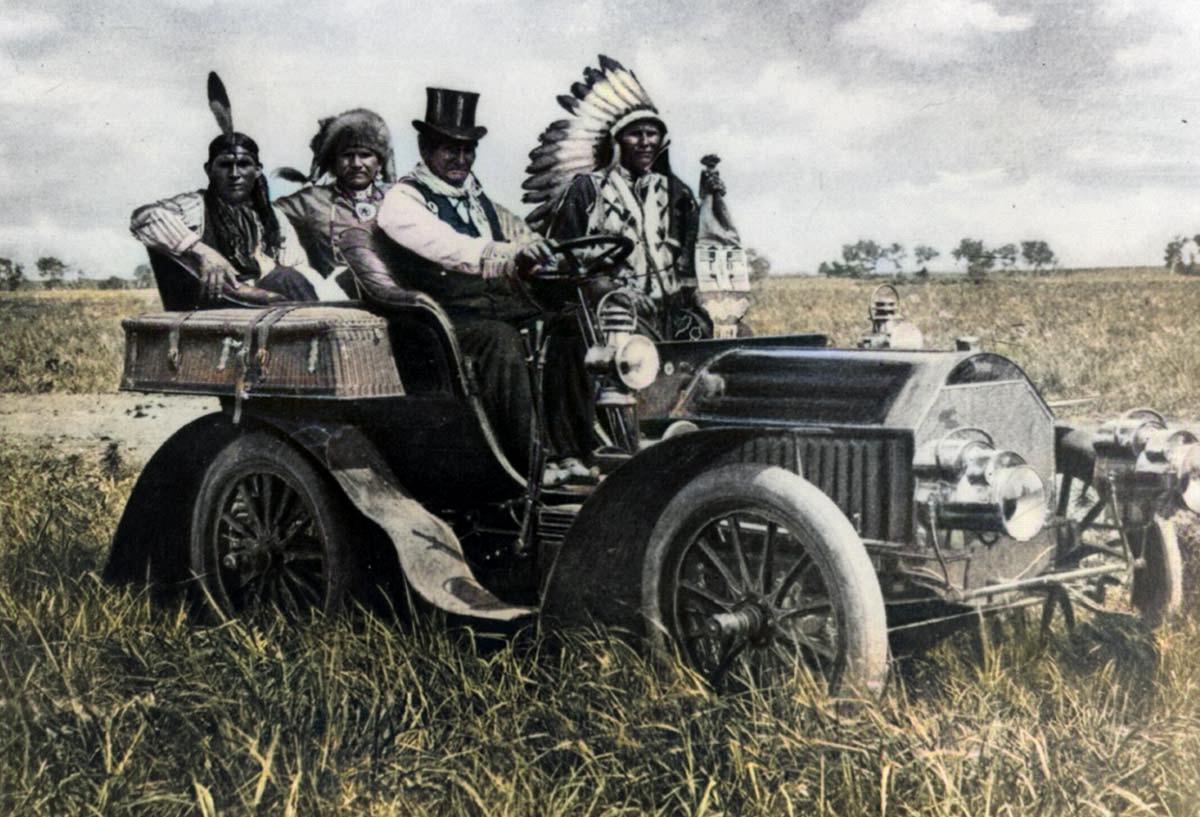 Geronimo in an automobile in Oklahoma

For the remainder of his life Geronimo was a prisoner of war. He was forced to perform hard manual labour, though he managed to earn some money by selling photos of himself to the curious American public. He was also granted permission to participate in the occasional Wild West Show, where he was introduced as the ‘Apache Terror’ and the ‘Tiger of the Human Race.’ 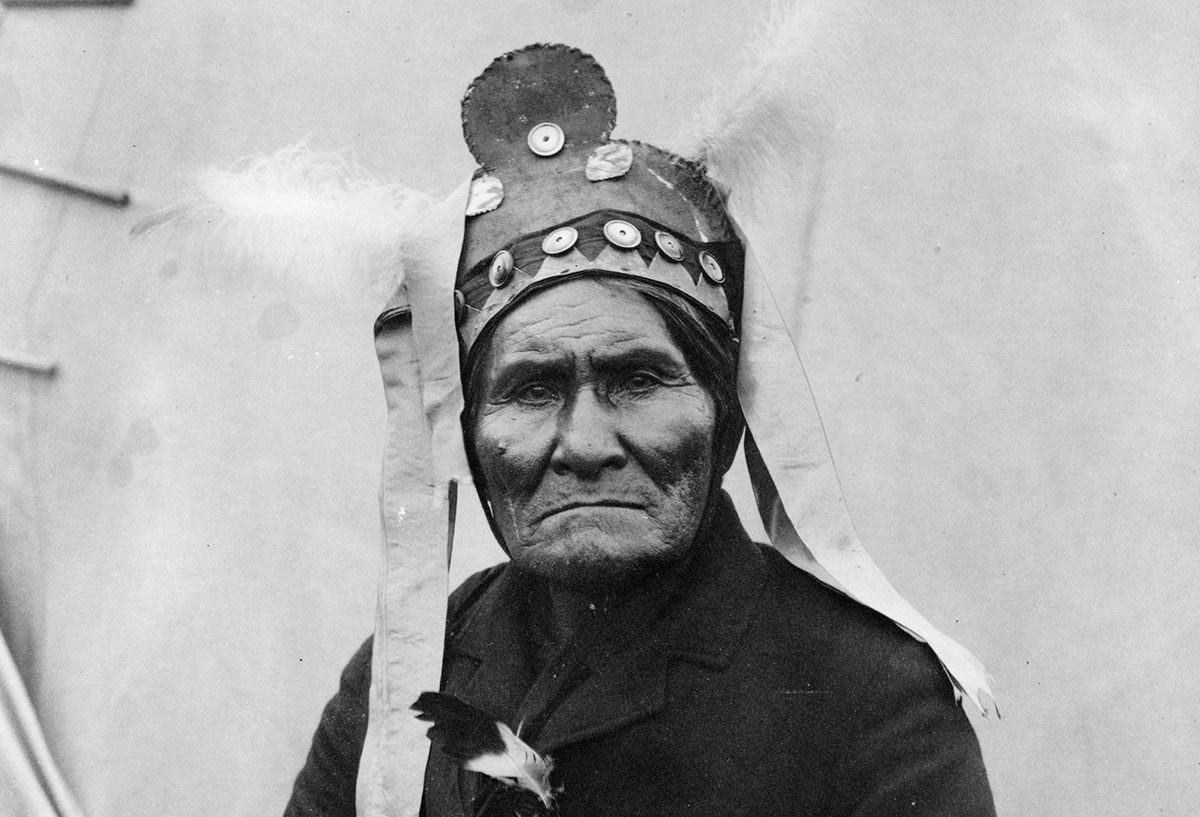 On 4 March 1905 Geronimo took part in President Theodore Roosevelt’s inauguration parade, riding a pony down Pennsylvania Avenue. Five days later he got the chance to have a talk with the new US leader, asking the President to allow him and his compatriots back to their lands in the West. Roosevelt refused out of fear that this could spark a new bloody war. 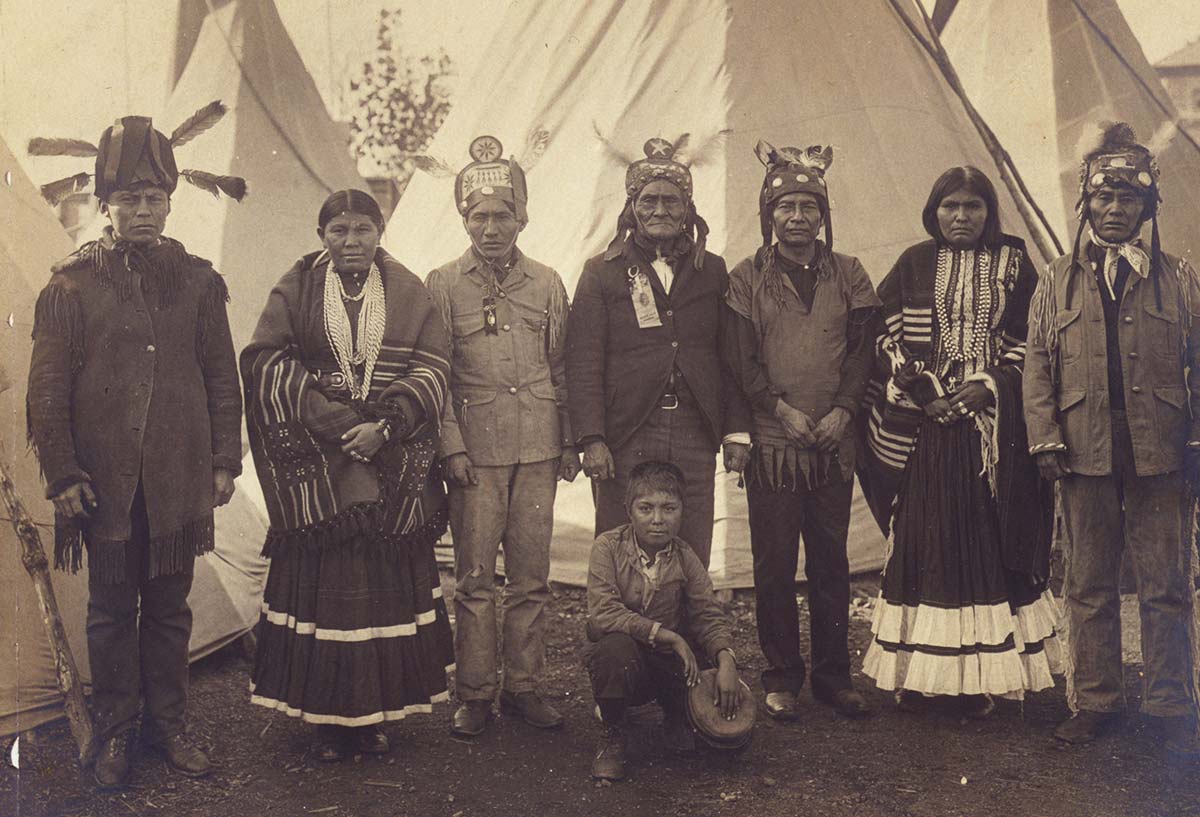 Geronimo and seven other Apache men, women and a boy posed in front of tents at the Louisiana Purchase Exposition, St. Louis. 1904

The fearless Apache leader died of pneumonia in 1909, not having returned to his homeland since his capture by US forces. He was buried in Beef Creek Apache Cemetery in Fort Sill, Oklahoma. 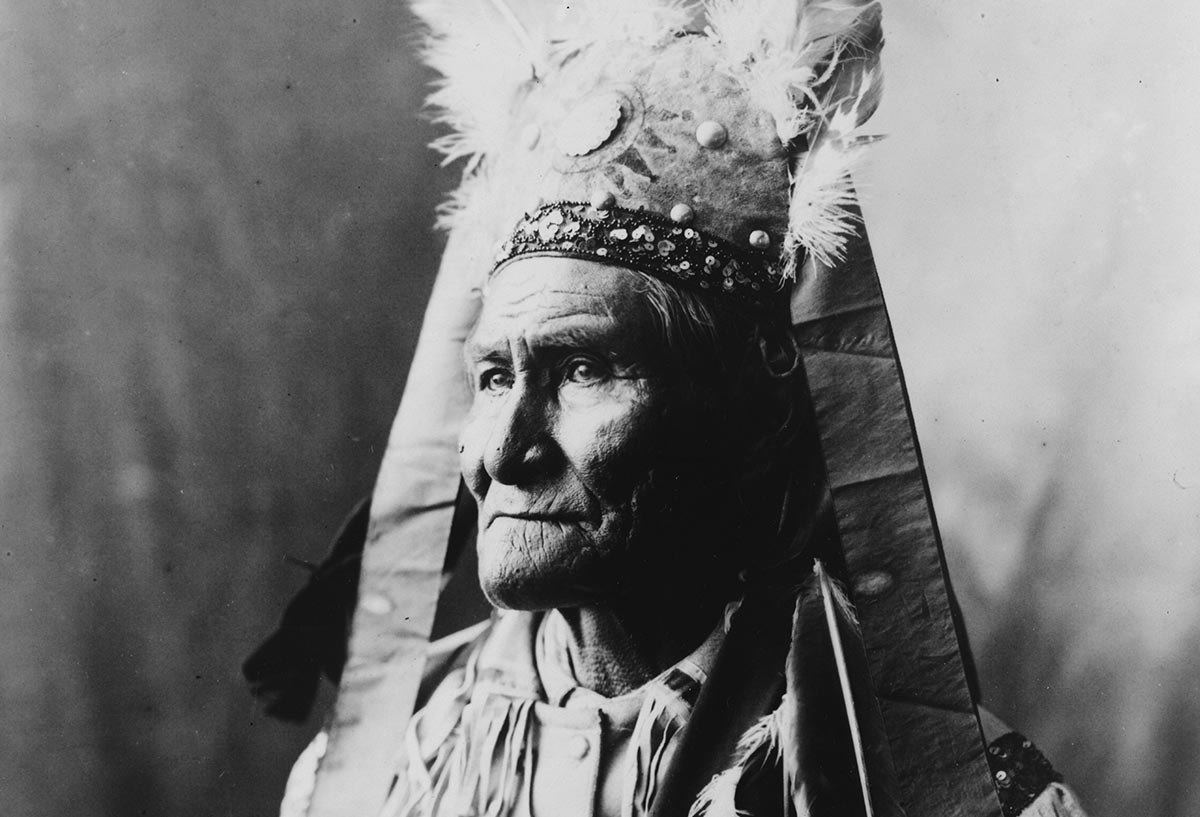