Humanity has long been fascinated with some of the earliest and most fearsome creatures to walk the earth: dinosaurs. First appearing in the Triassic period between 243 and 233 million years ago, dinosaurs existed in a wide variety of shapes and sizes for around 165 million years before being wiped out around 65 million years ago.

Despite having existed on every continent, a more ‘thorough’ scientific understanding of the creatures is relatively recent. The first dinosaur fossils were discovered in the early 19th century, with the name ‘dinosaur’, meaning ‘terrible lizard’, being coined in 1841 by Sir Richard Owen. In the first half of the 20th century, before birds and bird fossils were categorised as ‘feathered’ dinosaurs, it was widely believed that dinosaurs were slow and cold-blooded.

However, research since the 1970s has shed light on the fact that dinosaurs were more likely active, egg-laying animals with elevated metabolisms, social herd structures and sometimes avian properties. In the time since, mounted dinosaur skeletons, fossils and exhibits have proved massively popular at museums worldwide, and dinosaurs have become an enduring part of popular culture.

Here’s our pick of 10 of the best dinosaur museums in the world. 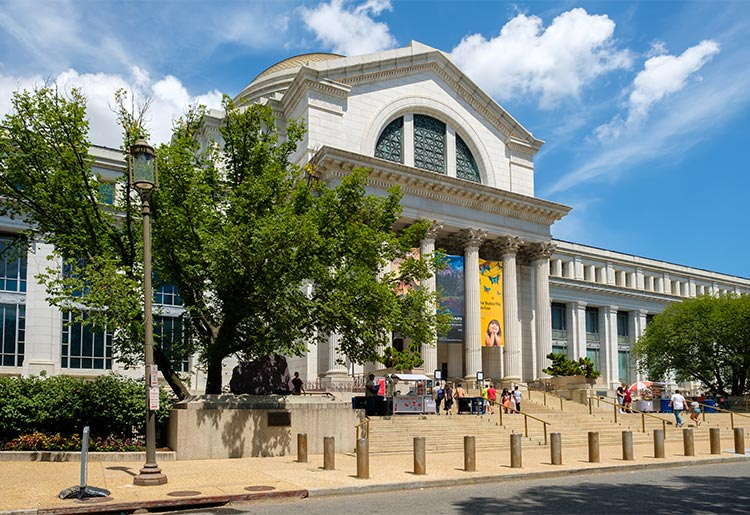 Famous for its wide and vast collection of materials, the Smithsonian group of museums are notable for their range of fossils and dinosaur-related exhibits. The Fossil Hall includes a 31,000 foot exhibit dedicated to exploring life on earth, from 4.6 billion years ago to the future.

Entitled ‘Deep Time’, the exhibit contains 700 fantastic fossil specimens, with particular highlights including a Tyrannosaurus Rex, Diplodocus, Alaskan palm tree and a woolly mammoth. The exhibit particularly encourages visitors to consider how humanity’s interaction with the planet can have a devastating effect upon ecosystems. 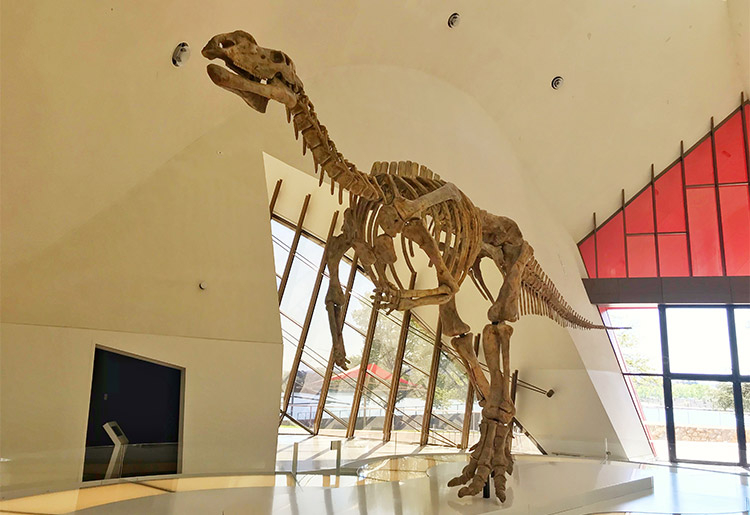 Established in 1993, the National Dinosaur Museum in Canberra features Australia’s largest permanent collection of dinosaur fossils. It holds guided tours of their many exhibits, with highlights including dinosaur skulls, skeletons, murals and even animatronic displays.

Outside, a garden filled with dinosaur sculptures – including a 65-foot-high dinosaur called Stan – helps to attract around 200,000 people a year. 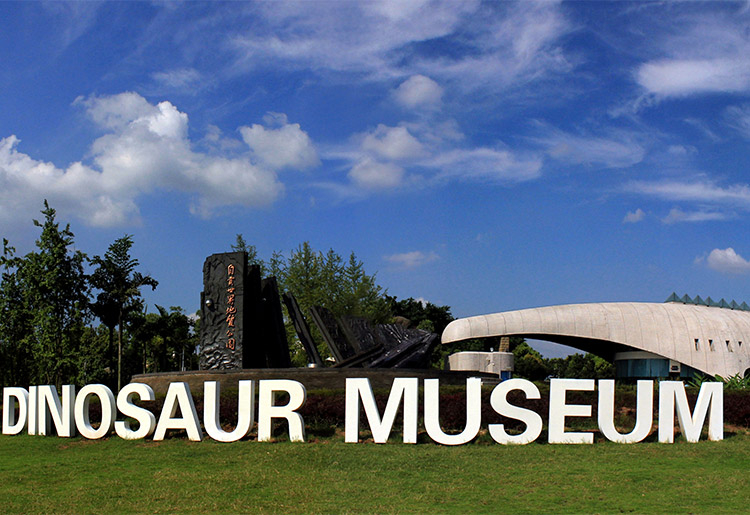 Opened in 1987, Zigong Dinosaur Museum is located upon a site where over 100 dinosaur fossils – including 30 complete or near-complete skeletons were found – owing to the temperate climate in the area. Spread over three floors, the museum spans over 700,000 feet and contains notable exhibits dedicated to the Jurassic period, as well as a glimpse of the Dashanpu fossil excavation site itself.

The attraction features 18 complete skeletons as well as footprints, skin fossils and other prehistoric finds. The museum attracts a staggering 7 million people per year. 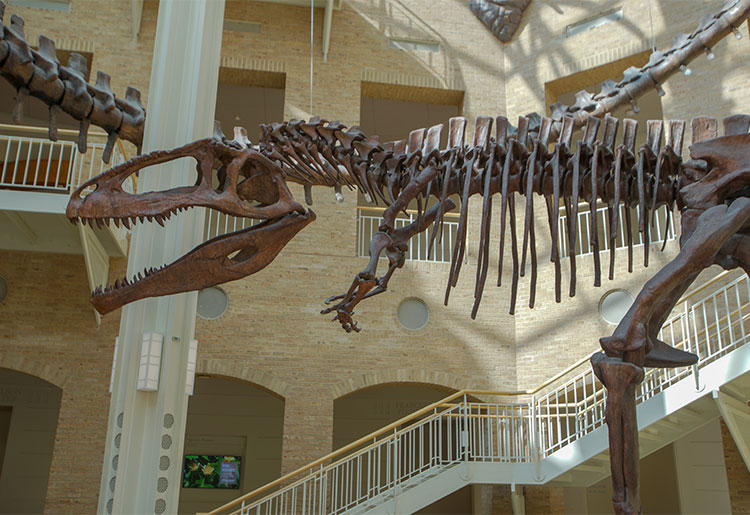 The Fernbank Museum of Natural History in Atlanta features some of the world’s most important prehistoric finds unearthed in Patagonia. A popular attraction is the aptly-named Gigantosaurus, which was close in size to the fearsome T-Rex, as well as the Argentinosaurus, a 100-ton sauropod that scientists state is the largest dinosaur ever classified.

Overhead, a flock of more than 20 pterosaurs make for a remarkable sight, while the prehistoric landscape of Georgia itself is also explained via murals and life-sized model dinosaurs.

Berlin’s natural history museum features a collection of bones which were mainly excavated in Tanzania – then colonial German East Africa – in the 20th century. Undoubtedly the most famous exhibit is the 41-foot Brachiosaurus, the tallest dinosaur in the world on display, which remains one of the world’s most important palaeontological finds.

The museum is also home to an important Archaeopteryx fossil, which demonstrates the birdlike link between birds and dinosaurs. 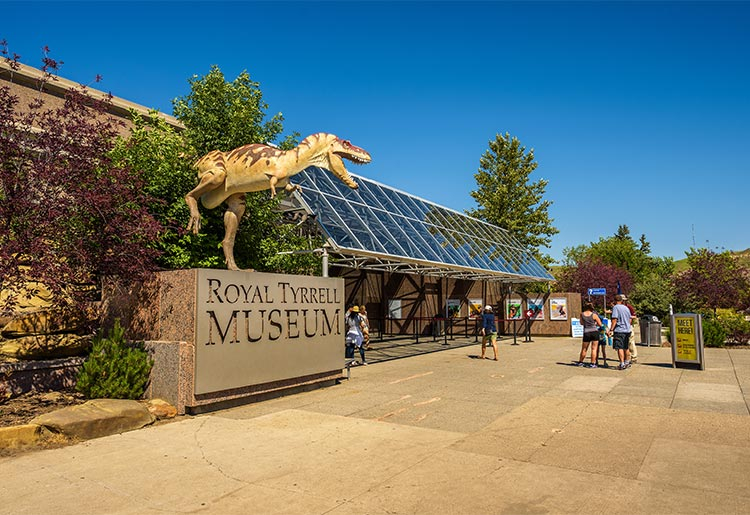 As Canada’s leading dinosaur museum, the Royal Tyrrell Museum of Paleontology features the skeleton of an armoured dinosaur known as Borealopelta markmitchelli. Discovered in 2011, it is the oldest known dinosaur found in Alberta to date. Indeed, Alberta itself is an obvious choice for such a museum, with its warm, temperate climate meant that it proved an ideal habitat for herbivores, and ample prey for the carnivores.

The exhibit Fossils in Focus is constantly rotating, but features the exploded skull of Daspletosaurus which were gathered and reproduced over ten years. 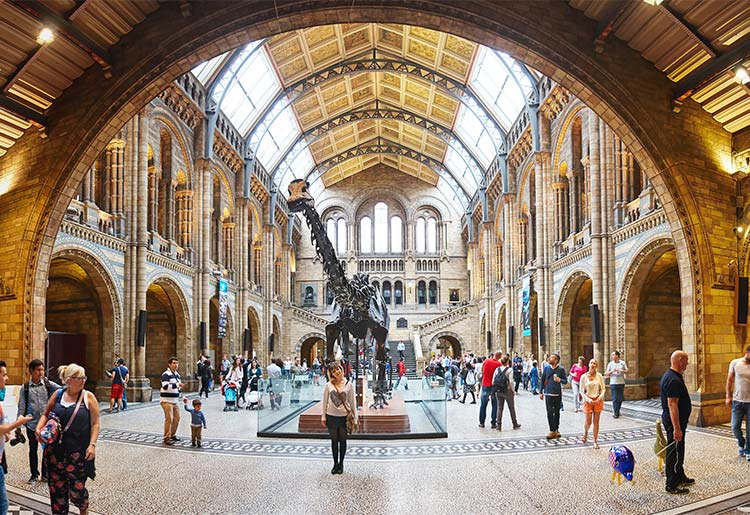 London’s famous Natural History Museum is home to a vast number of exhibits, amongst which are some of the oldest dinosaur specimens known to science.

Particular highlights include parts of the first Iguanodon and Tyrannosaurus Rex skeletons ever found, the skull of a Triceratops and the huge armoured dinosaur the Scolosaurus. 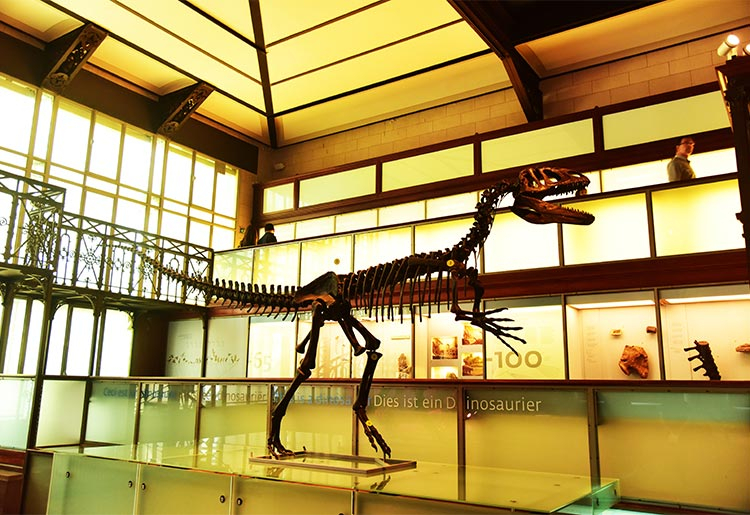 Founded in 1846, this museum in Brussels features the largest dinosaur hall in the world, with highlights including 30 Iguanadons that were discovered in a coal mine in Belgium, which was the second dinosaur to be classified in the 1800s. Other highlights include interactive displays that explain the fossilisation process and how dinosaur excavations take place.

Another highlight includes a Plateosaurus called Ben as well as a replica Tyrannosaurus Rex named Stan. An unusual but popular feature are preserved fossils of feathered dinosaurs. 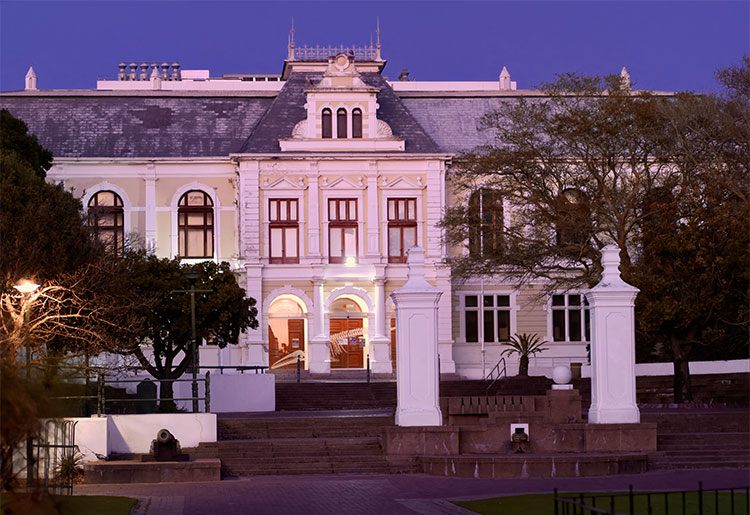 The Izikio Museum in Cape Town features a significant collection of fossils from its Karoo region. In addition to dozens of fascinating exhibits, the prehistoric section focuses on lesser-known dinosaurs and other animals that inhabited the continent from Cape Town to Marrakech.

Particular highlights can be found in the ‘African Dinosaurs’ section, such as the Jobaria, an African sauropod, and a Carcharodontosaurus skull from North Africa, which once belonged to a creature greater in size than the Tyrannosaurus Rex. 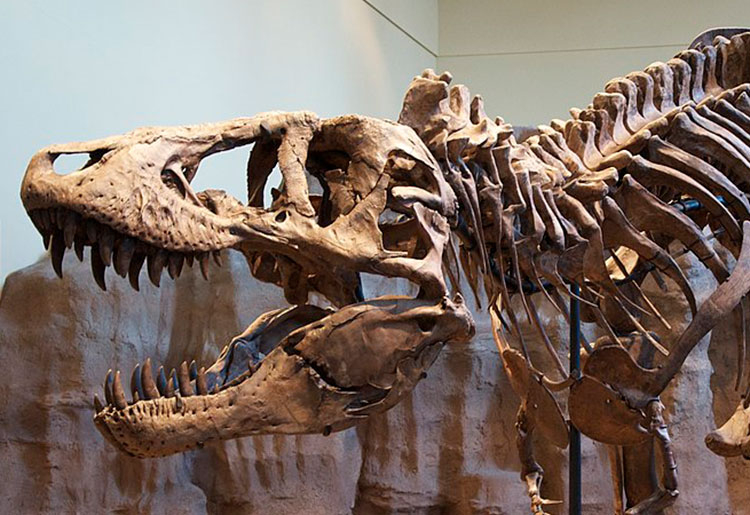 Opened in 2011, Jurassic Land aims to bring dinosaurs ‘to life’, with the both educational and entertaining 10,000-square-metre space combining skeletons and fossils with animatronic dinosaurs, egg incubators and a dinosaur veterinarian caring for an injured Stegosaurus.

What the museum may occasionally lack in historical accuracy is more than compensated for in its sense of fun and desire to inspire new generations of dinosaur and archaeology enthusiasts. 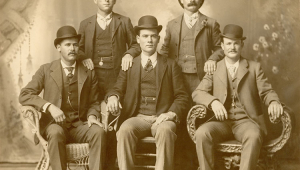 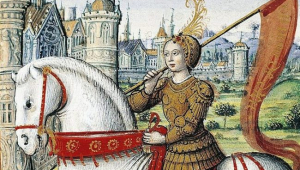 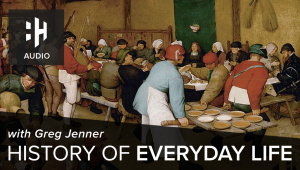 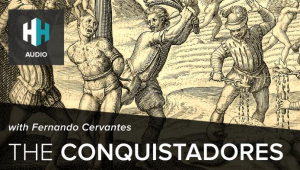 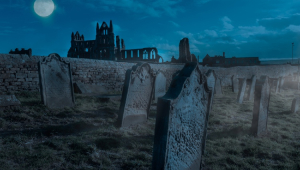 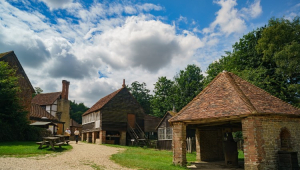 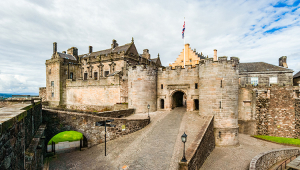 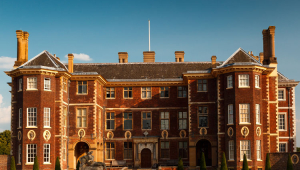