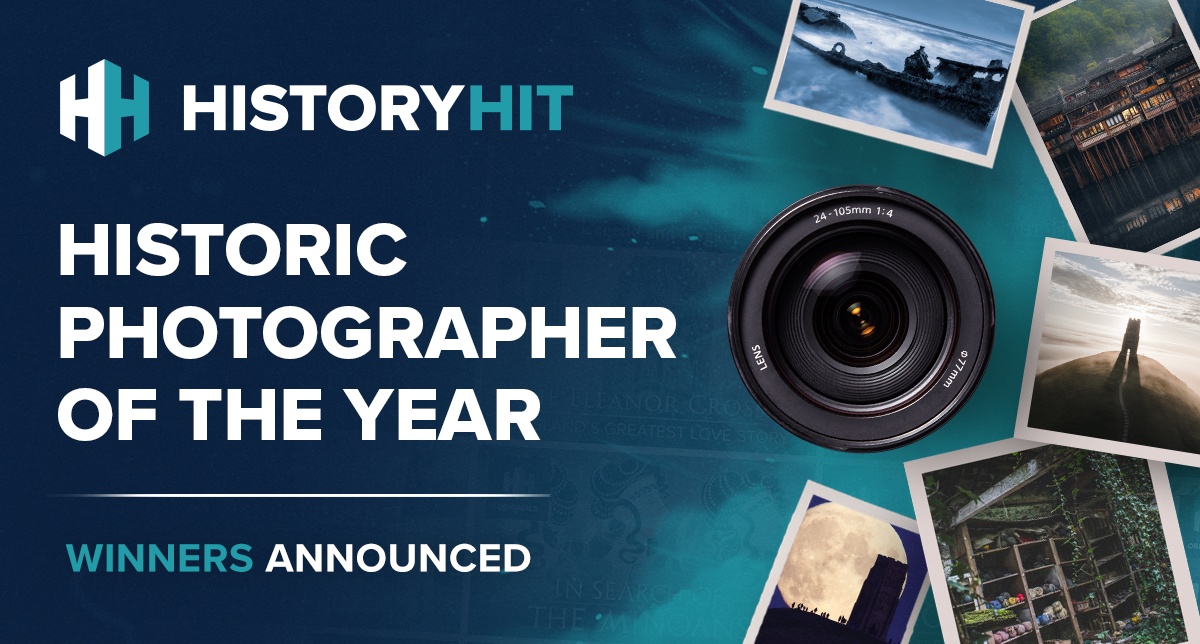 History Hit has revealed the winners of Historic Photographer of the Year 2022. The competition received over 1,200 entries, which were judged based on originality, composition and technical proficiency alongside the history behind the image.

“As always, judging these awards was a highlight for me,” said Dan Snow, Creative Director at History Hit. “It is clear that the stunning entries that make up the shortlist are the product of patience, technical skill, and an awareness of both the past and the present. The creativity and talent on show was second to none. I can’t wait to see what work is entered into next year’s competition.”

As well as an overall winner, the Historic England and World History categories were up for grabs this year. Find out more about the entries below.

Swansea-based photographer Steve Liddiard was named overall winner of the Historic Photographer of the Year competition for his image of a ruinous wool mill in the Welsh countryside. 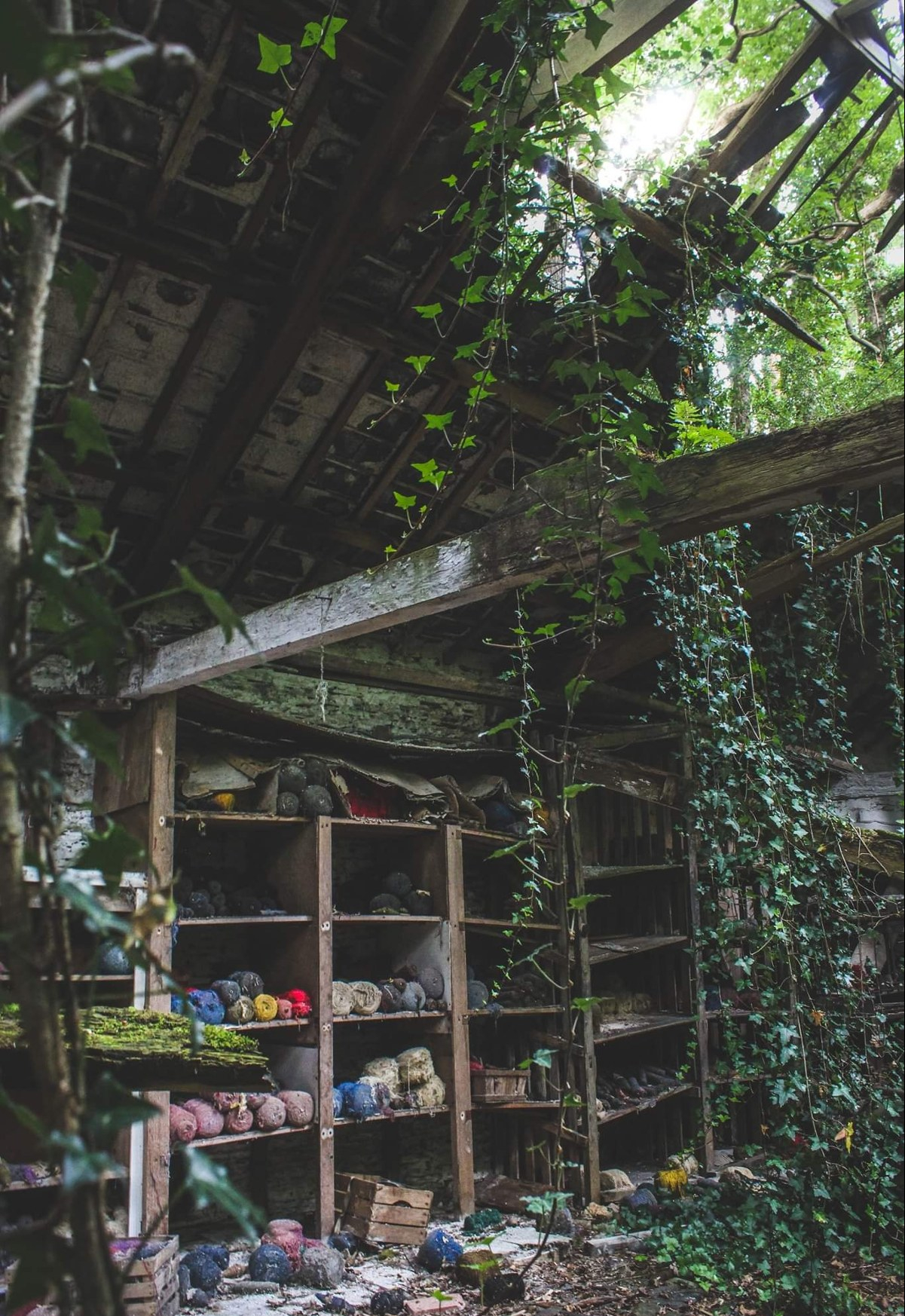 Welsh wool mill. “As the photographer indicates in the caption, the charm of this photograph is that it captures something of the Welsh landscape intertwined with heritage,” commented judge Fiona Shields.

“The stunning colours of the wool still sit upon the shelves and the spindles of the machinery. Nature is slowly taking over leaving a stunning mix of nature and Welsh industrial history, forever intertwined.”

The Historic England category was won by Sam Binding for his ethereal image of Glastonbury Tor, wreathed in mist. “There are millions of pictures of the Tor every year but only one like this,” said Dan Snow. 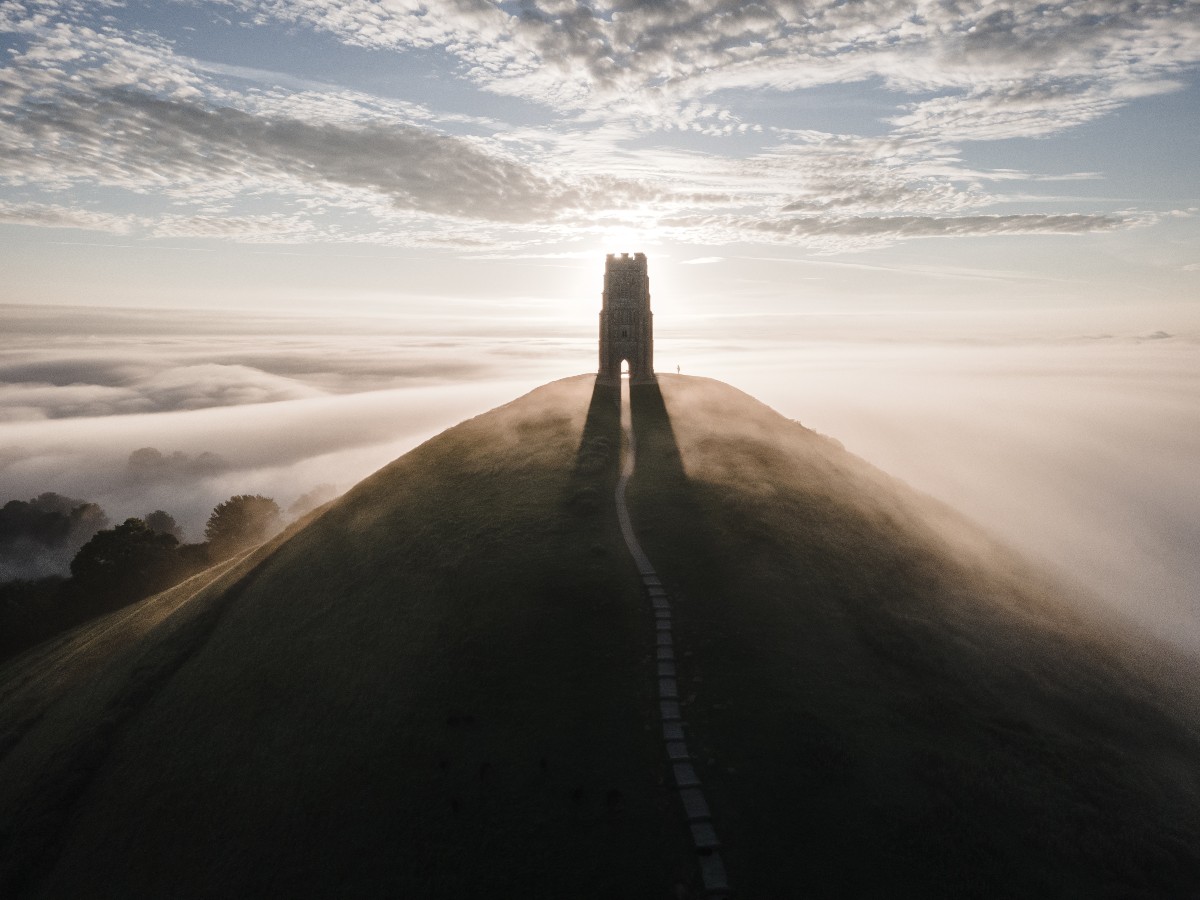 Glastonbury Tor. “The composition of this image, the adjoining of the shaft of light with the winding path leading up to the Tor, and the solitary figure to the right, all contribute to an image of endless interest,” said judge Rich Payne.

“Sitting on an island in the Somerset Levels, the Tor stands out for miles around,” explained Binding. “The low-lying Levels are prone to mist, and so with a good forecast I headed out very early that morning. When I arrived, I was in for a very nice surprise.”

“As the sun rose up, a wave of mist swept up and over the top of the Tor, creating an incredibly ethereal scene.” 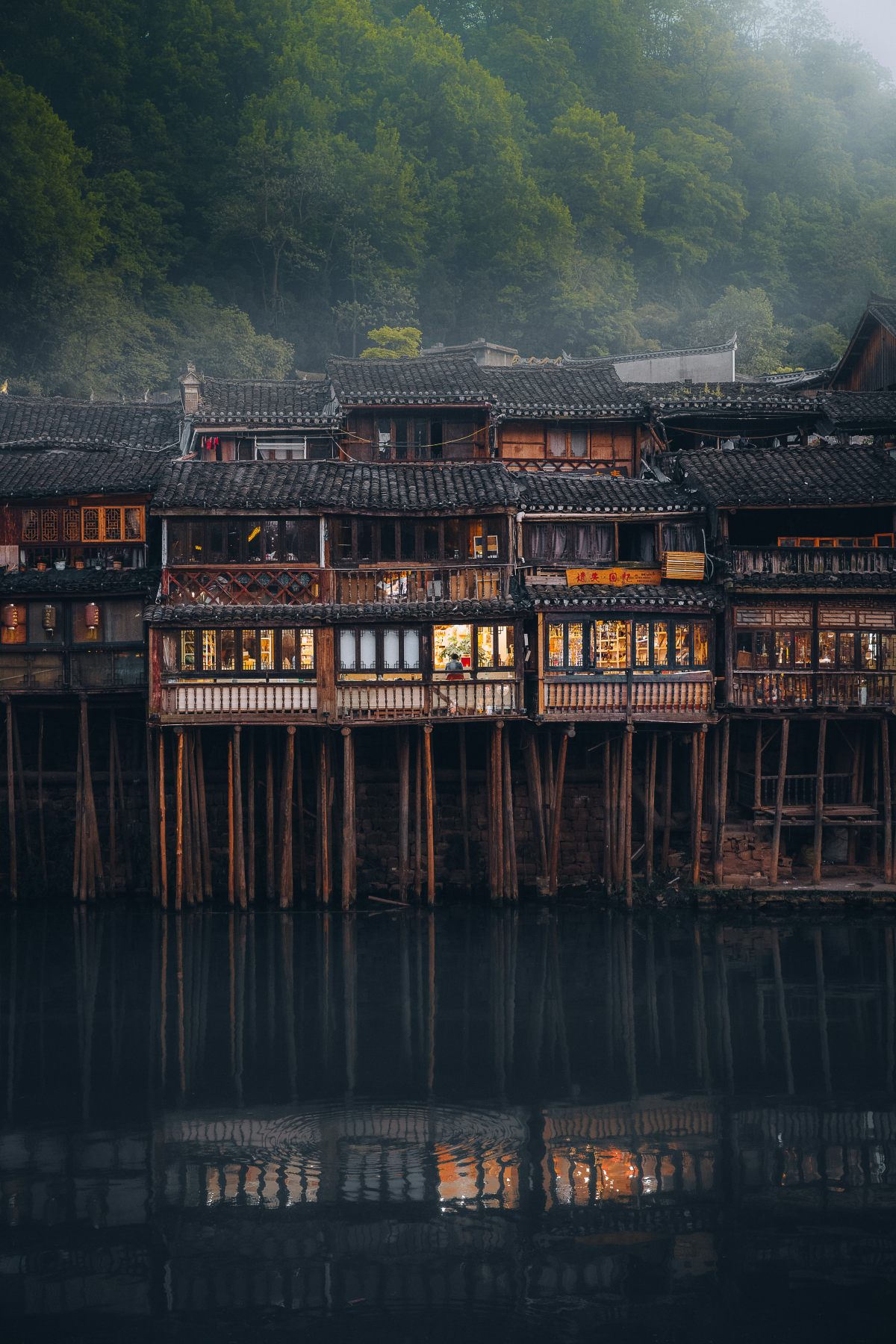 Fenghuang Ancient Town. “I love historic communities that have survived the arrival of the modern world,” commented Dan Snow. “This is achingly beautiful.”

“The most striking elements are the stilts and their reflections which is amplified by the photographer using portrait orientation for the shot,” said judge Philip Mowbray. “Also, the way the photographer has captured both people and lit-up interiors shows the structures are still part of people’s everyday lives.

The entire shortlist can be seen here.

View a selection of shortlisted entries below.

Church of Our Lady of the Angels by Bella Falk 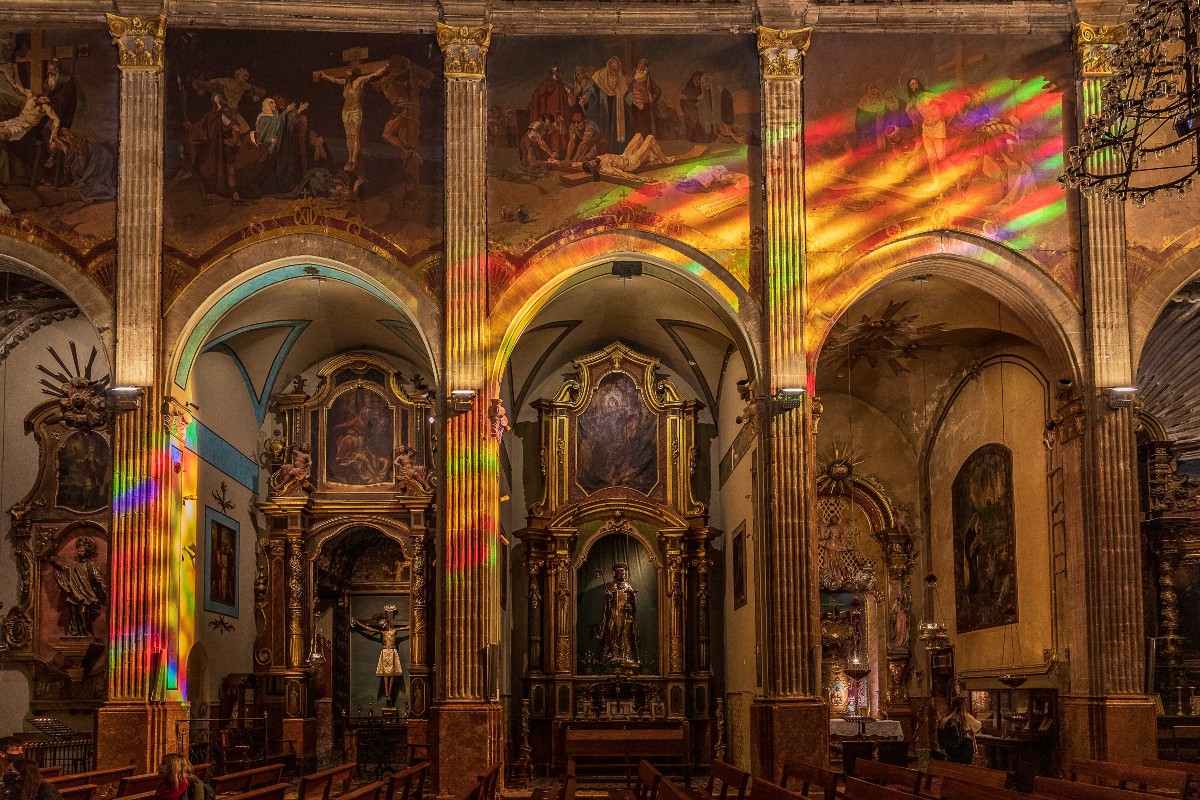 Church of Our Lady of the Angels, Pollença, Mallorca.

“I absolutely love the play of light from the stained glass windows creating such a glorious scene, so significant in a place made for the purpose of considering spiritual enlightenment,” said judge Fiona Shields of Bella Falk’s image shortlisted in both the overall and World History categories. 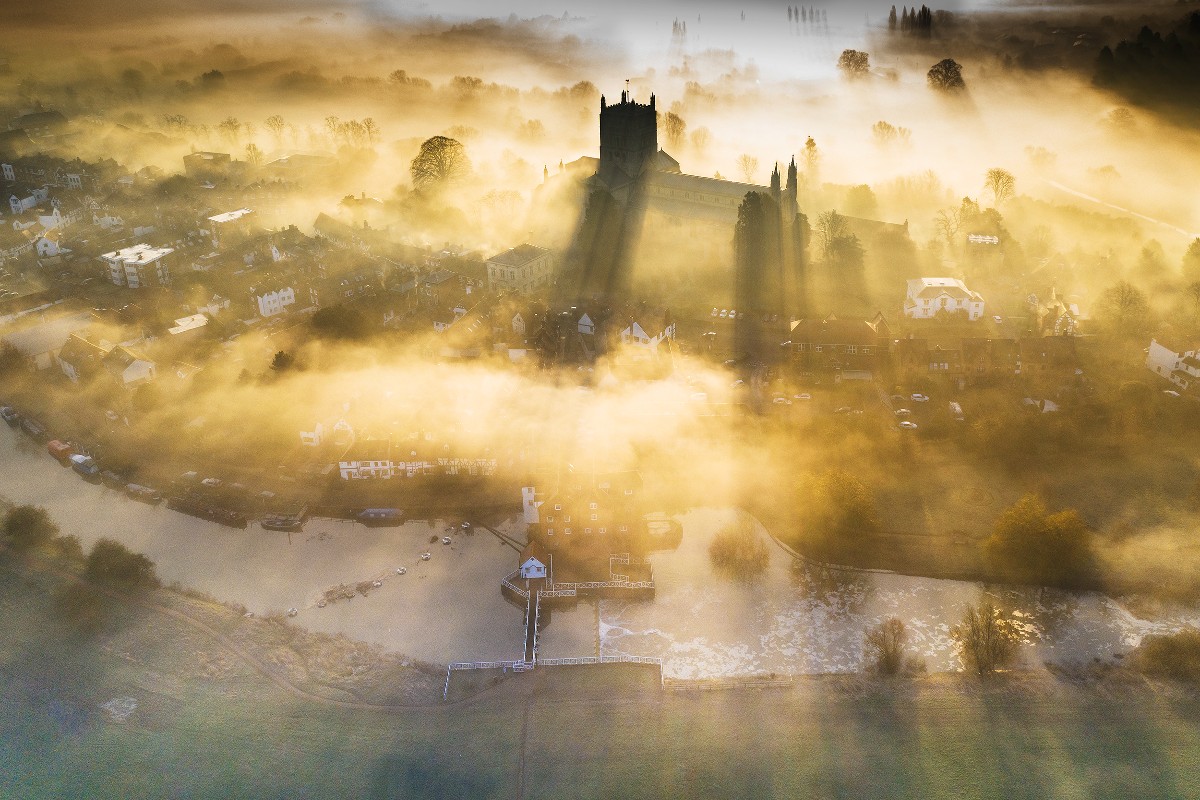 “An astonishing photo of one of England’s most beautiful abbeys,” commented Dan Snow on Gary Cox’s image of Tewkesbury, which was shortlisted in the Historic England category. “At the battle of Tewkesbury the fighting swirled in and around the abbey, as the fog does now.” 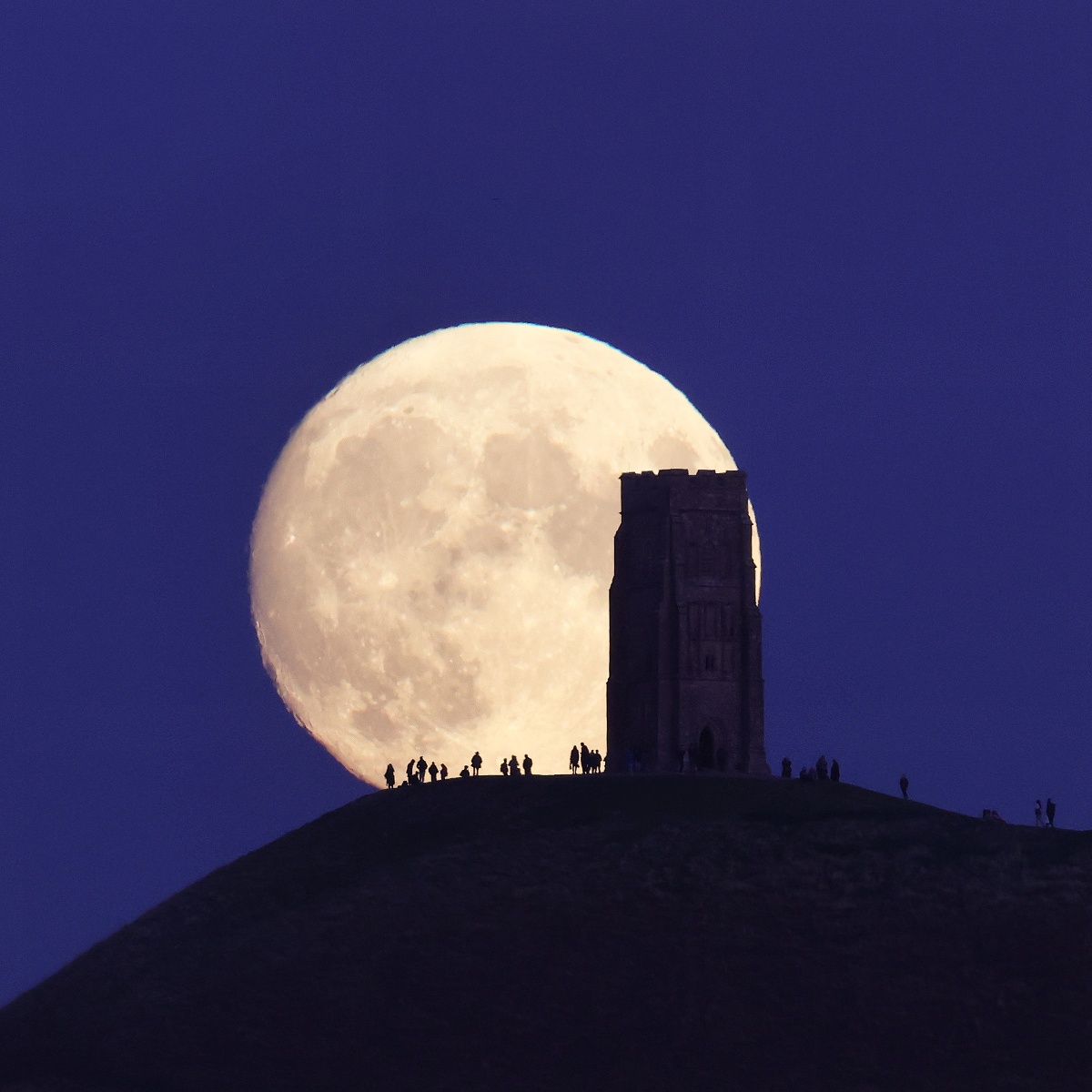 Hannah Rochford was shortlisted in the Historic England category for her photograph of Glastonbury Tor. “Glastonbury Tor has always had a mystical element to it, and I think this shot with the full moon, the silhouette of the tower, and the people gathered below really helps give that impression and tell the story of the place,” said judge Philip Mowbray. “Technically, it’s also a very well-crafted shot.”

“To watch a moonrise behind the Tor is a very special feeling,” explained Rochford. “There is nothing like it. It looks as though all of the people on the top of the Tor are watching the moon, and because of the compression effect of using a telephoto lens, the moon looks ginormous!” 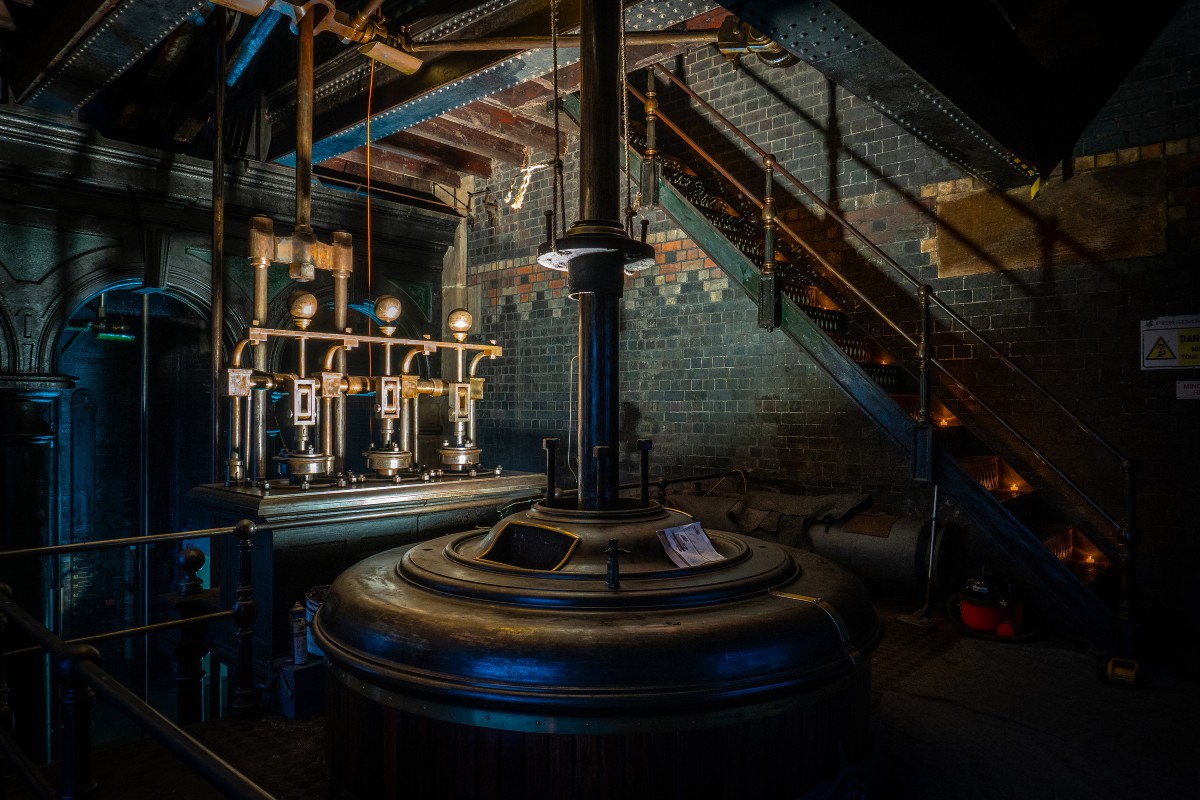 David Moore described the subject of his photograph as a “cathedral to the industrial revolution”. Judge Claudia Kenyatta praised the “intricate photograph of the magnificent design and detail of the interior of a 19th century pump house, currently on Historic England’s Heritage at Risk list. This is a beautiful example of the original Cornish beam engine in situ.” 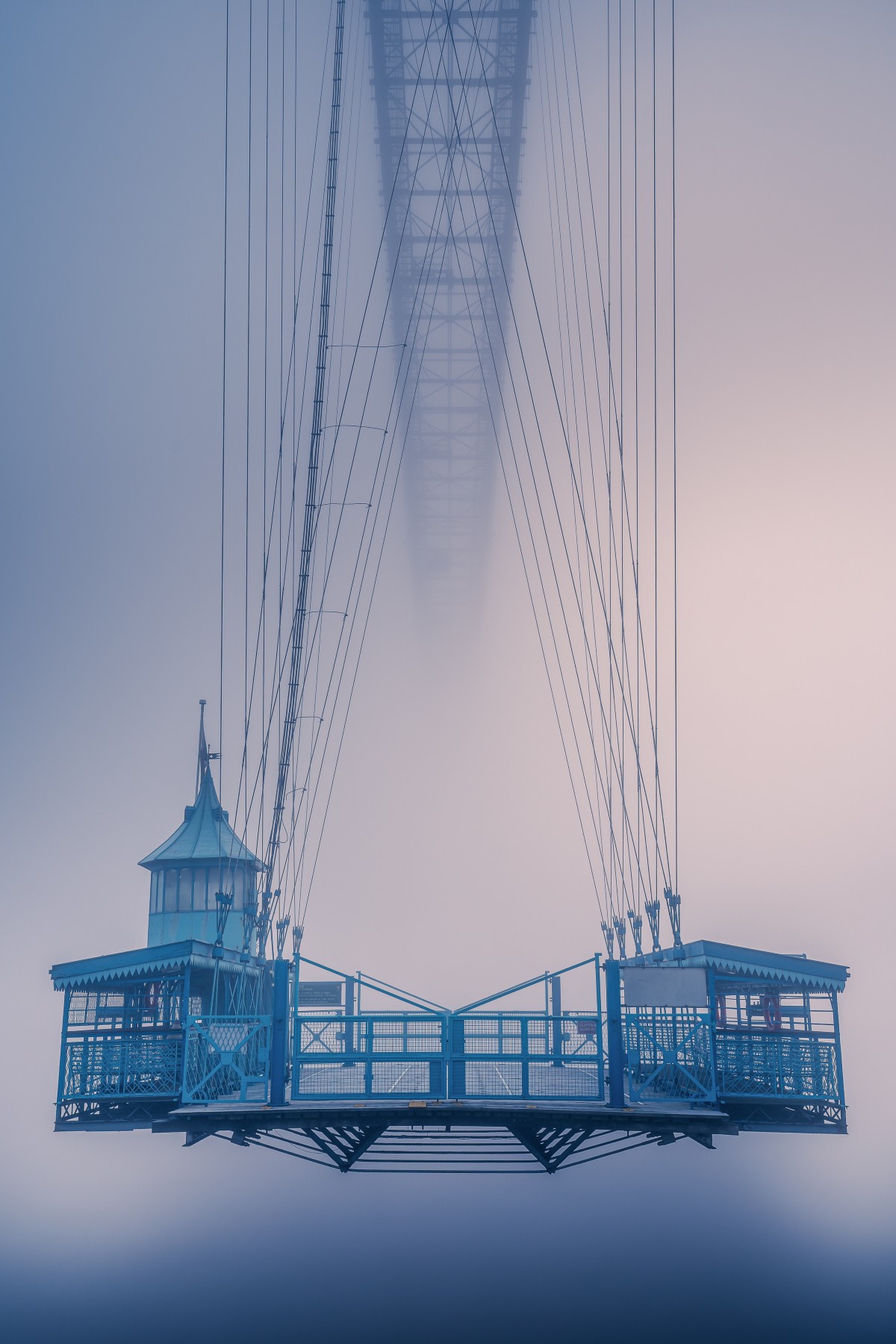 Itay Kaplan competed with the fog to capture his image of the Newport Transporter Bridge, which was shortlisted in the overall category. Judge Philip Mowbray said it was a “stunning shot of an atypical landmark, gorgeous light, ethereal looking.”

“The photographer has taken time to consider the framing for the shot and the best conditions for taking a picture. Also, for the context of historic structures, it’s significant in terms of its contribution to industrial growth, but very much overlooked.” 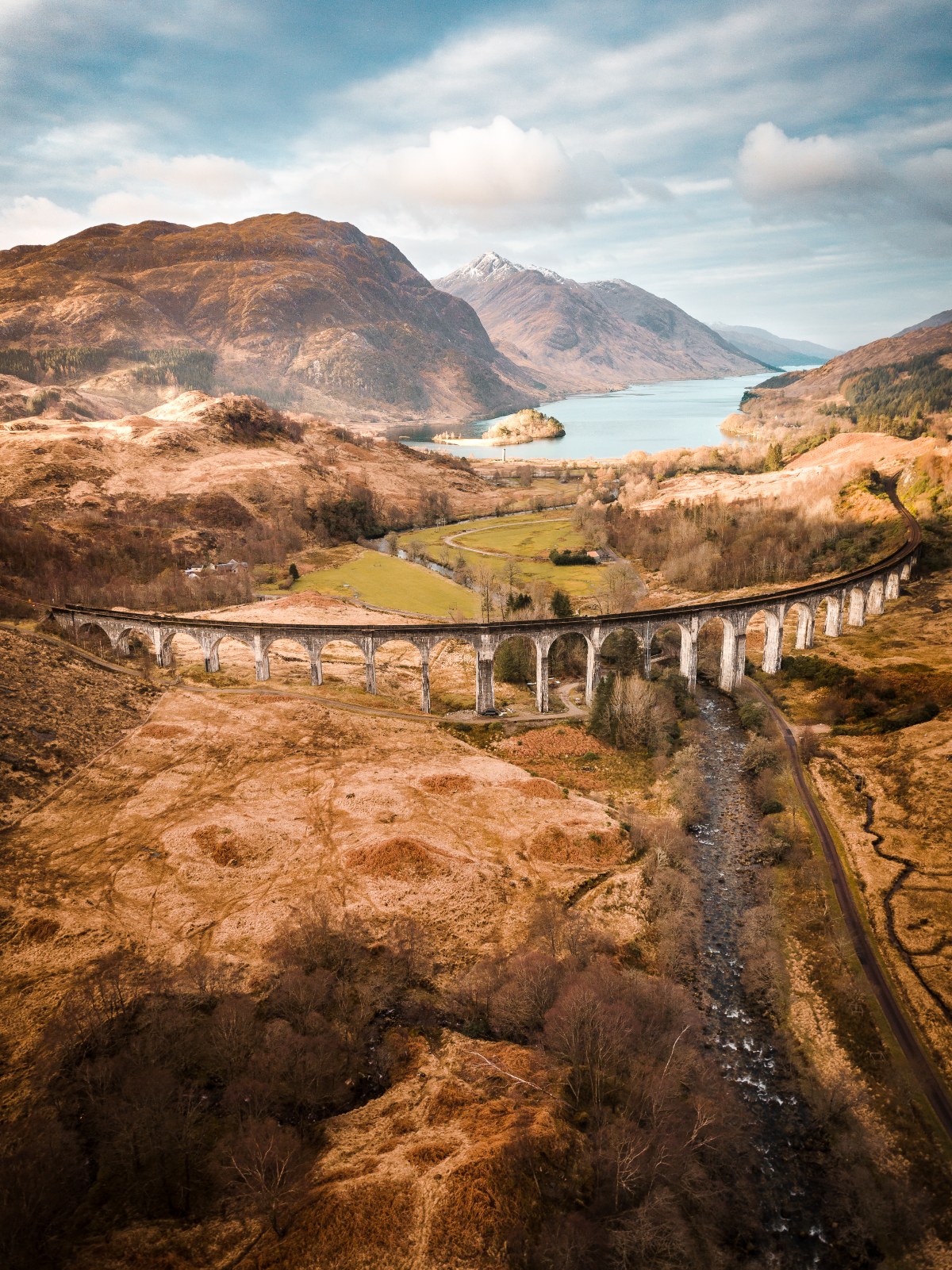 Dominic Reardon’s aerial shot of Glenfinnan Viaduct was taken at sunrise with a DJI Mavic Pro. “It featured in a number of Harry Potter movies, most notably in Harry Potter and the Chamber of Secrets,” he explained. “It attracts thousands of tourists every year who come to see the Jacobite steam train.”

“This stunning photograph of the Glenfinnan viaduct overlooking the Glenfinnan Monument almost looks like a painting,” commented Claudia Kenyatta. “Built between 1897 and 1901, the viaduct remains a renowned feat of Victorian engineering.”