Inside the Space Shuttle | History Hit 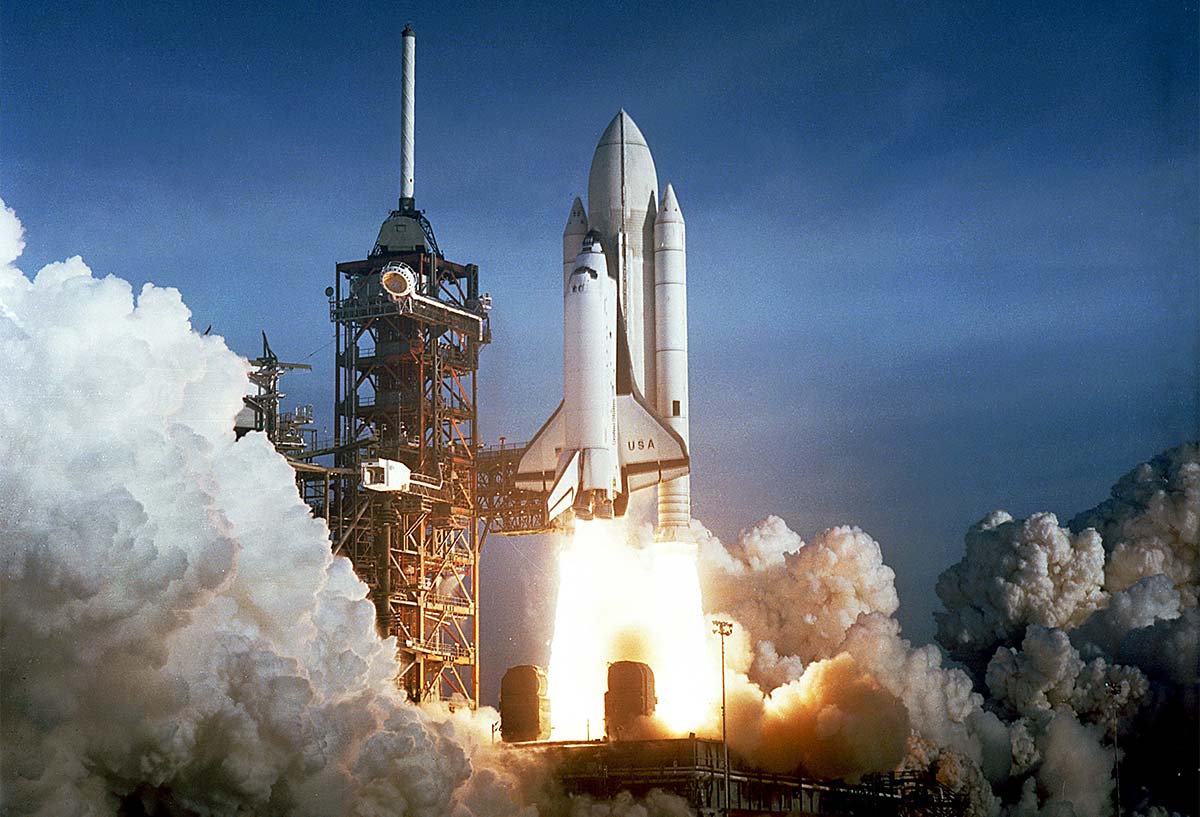 The Space Shuttle was the first ever reusable spacecraft, used to carry, recover and repair satellites, perform complicated experiments and help to construct the most expensive building project in human history – the International Space Station. Between 1981 and 2011, 135 missions were performed by the Columbia, Challenger, Discovery, Atlantis and Endeavour shuttles. They were true masterpieces in engineering, designed to expand human limits in outer space.

The first shuttle was launched in the early 1980s, but the program has its roots in the Nixon era, when NASA‘s post-Apollo direction was announced on January 1972. Four years later the first shuttle, named Enterprise, was rolled out. It performed some test flights, but never made it it past the atmosphere – that honour went to the Columbia in 1981.

Tragedy would strike the Space Shuttle program twice, with the Challenger and Endeavour disasters in 1986 and 1992 respectively. Technical and organisational issues caused the destruction of the shuttles and the death of both crews. Because of budget cuts, NASA utilised the space shuttles longer than originally planned, cancelling the development of newer, improved models. The Space Shuttle program was finally completed in 2011.

Here we explore the Space Shuttle through a collection of pictures from inside the spacecraft. 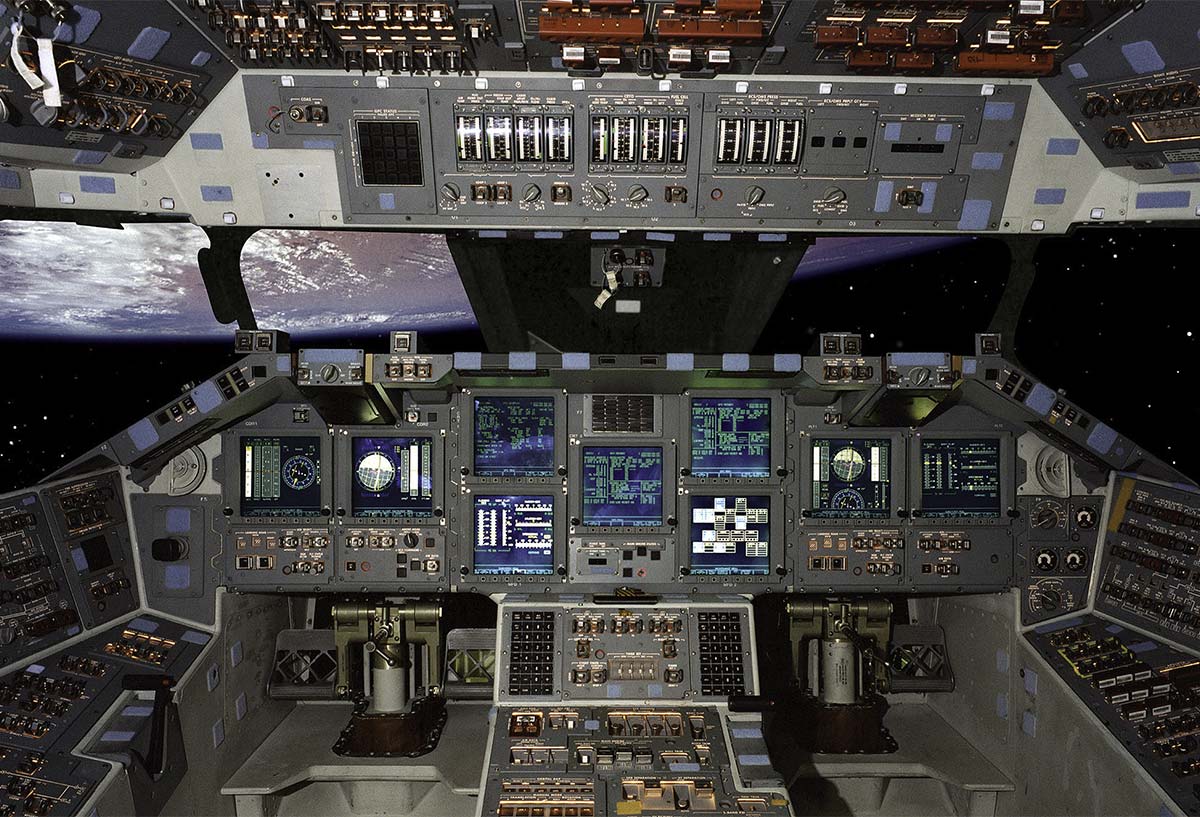 View from the cockpit of the Space Shuttle Atlantis

Following the completion of the Apollo missions, US President Richard Nixon set up a task force in 1969 to determine the future of NASA. The creation of the Space Shuttle would be the answer – it was hoped it would reduce the cost of space flight and allow the United States to further develop their outer space capabilities. 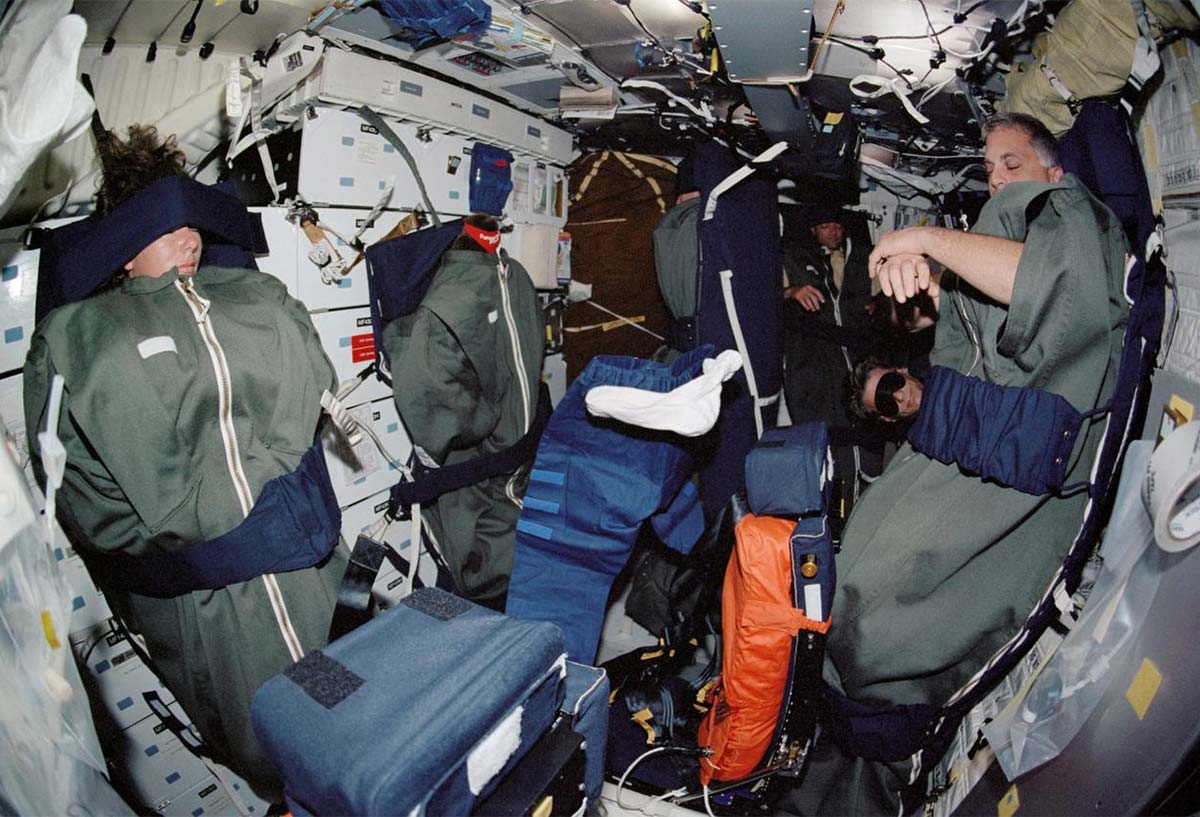 In reality the Space Shuttles proved to be much costlier than originally expected. The operating expenditure and refurbishments between missions drove the price of each launch up considerably, but the spacecraft were kept in operation for almost 30 years. 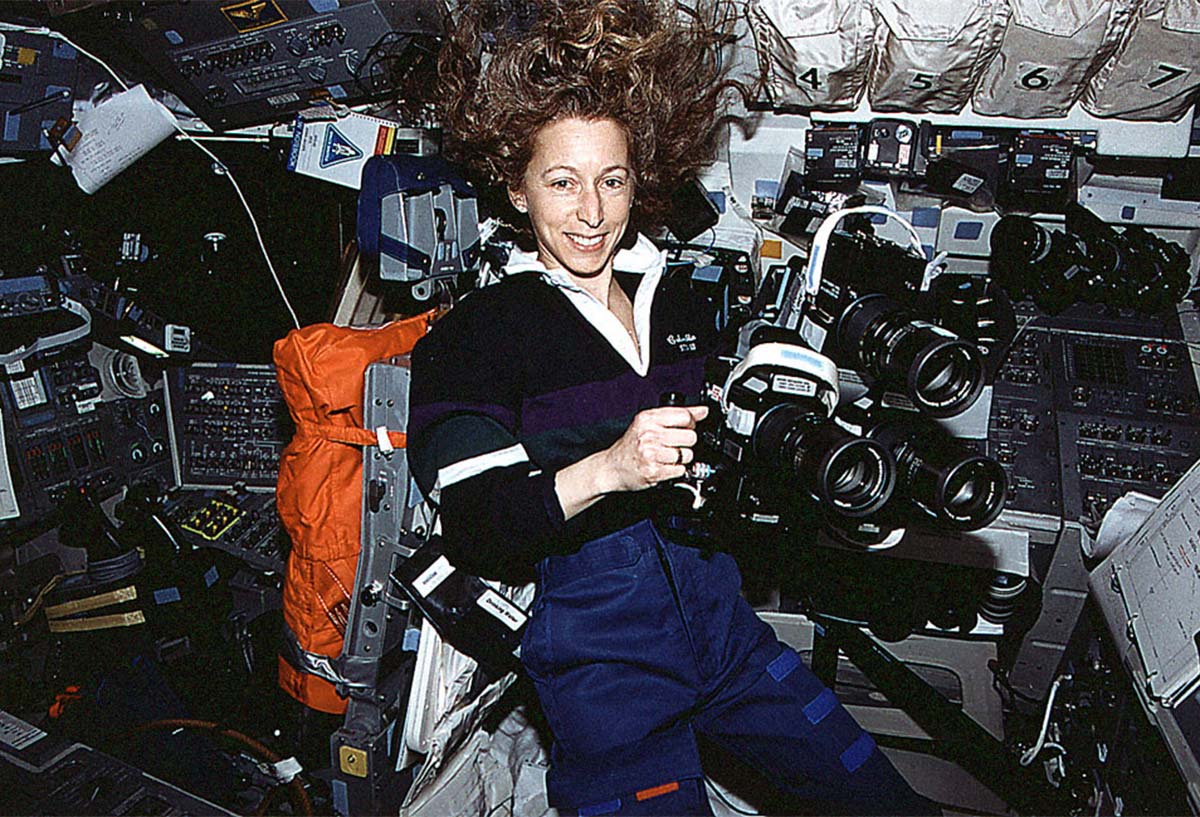 One of the most important missions for the Space Shuttles was to assist with the creation of the International Space Station by taking crucial components into orbit. They also carried astronauts and supplies to the ISS and back. 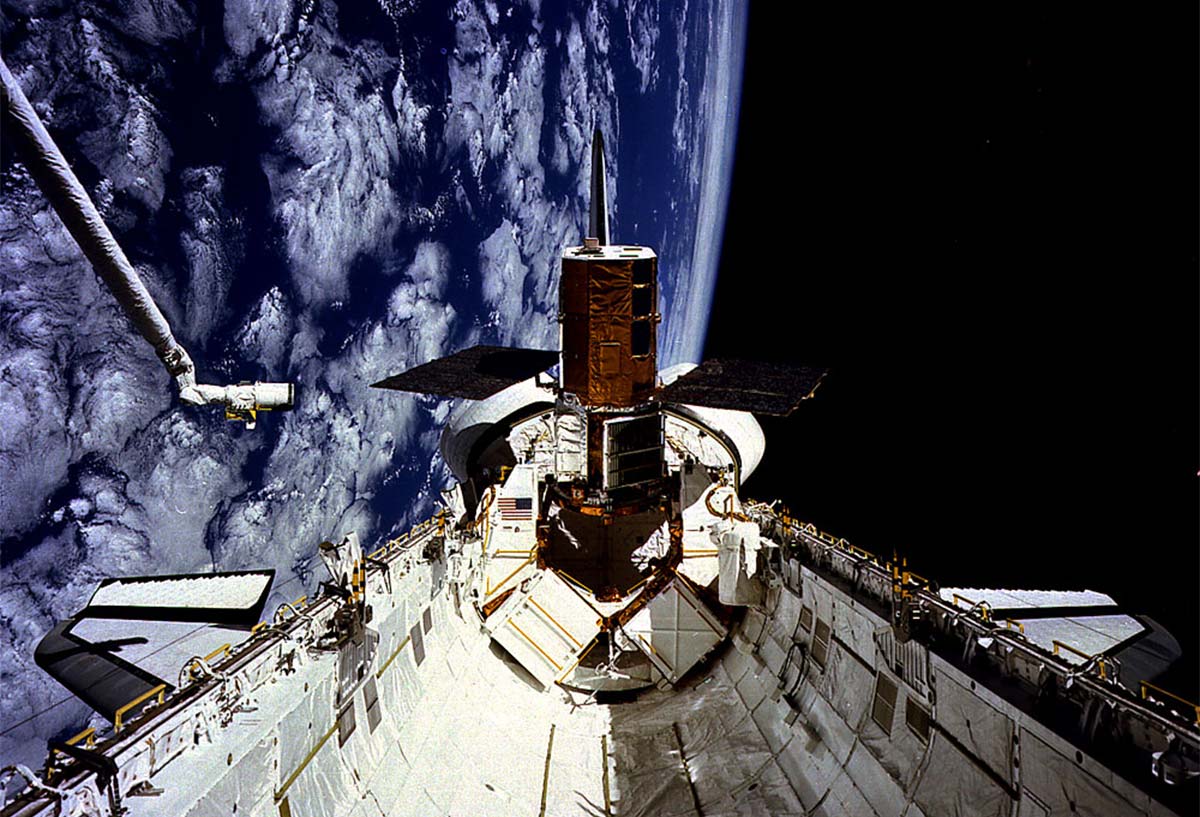 As part of one mission the crew demonstrated the capability of the shuttle to rendezvous, service, check-out and deploy an on-orbit satellite. 6 April 1984

On 28 January 1986, the Challenger exploded shortly after lift-off, with the crew, who included schoolteacher Christa McAuliffe, dying in the accident. The fleet was grounded until late 1988, before resuming operation. Following the disaster, no more private citizens were allowed on the Space Shuttle. 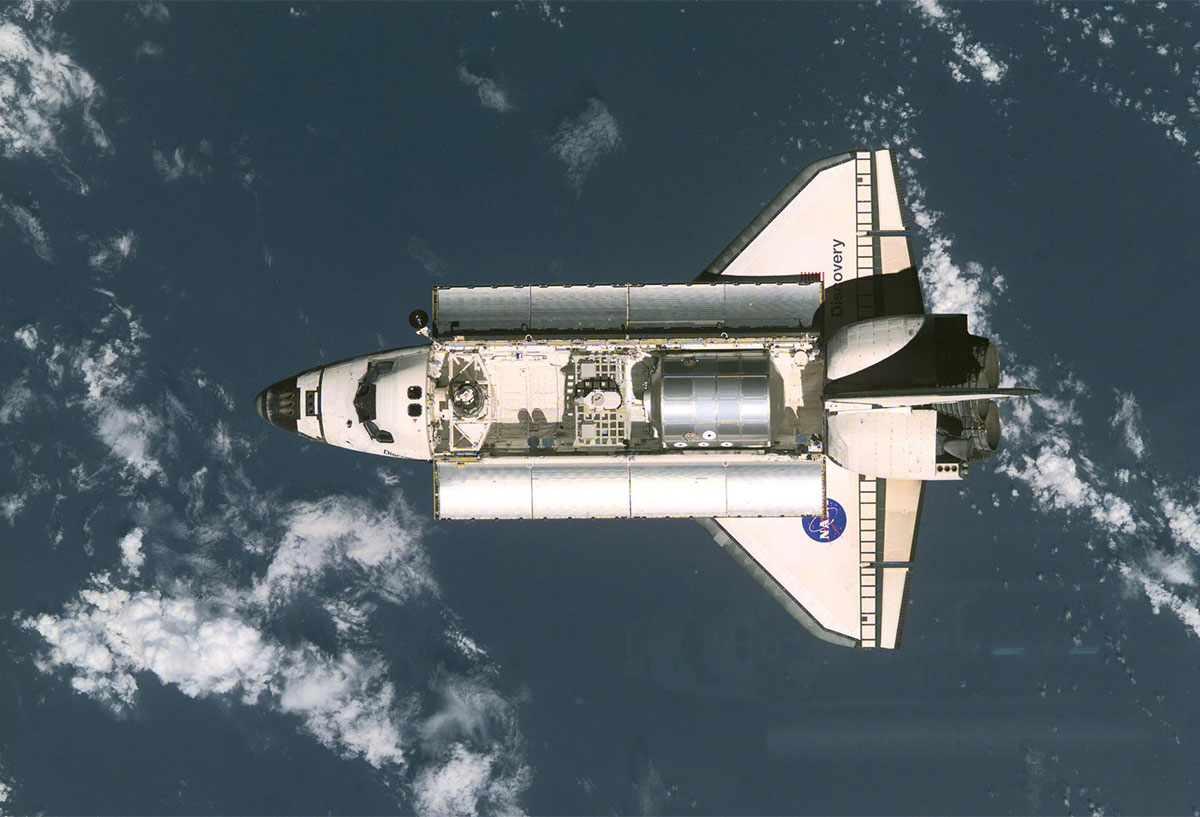 This is a view of the Space Shuttle Discovery as it approaches the International Space Station (ISS) during the STS-105 mission. 12 August 2001

The spacecraft were also used to carry the Hubble Space Telescope into orbit (1990) and maintain it in the coming years. The telescope helped scientists to understand better the history of our Universe. 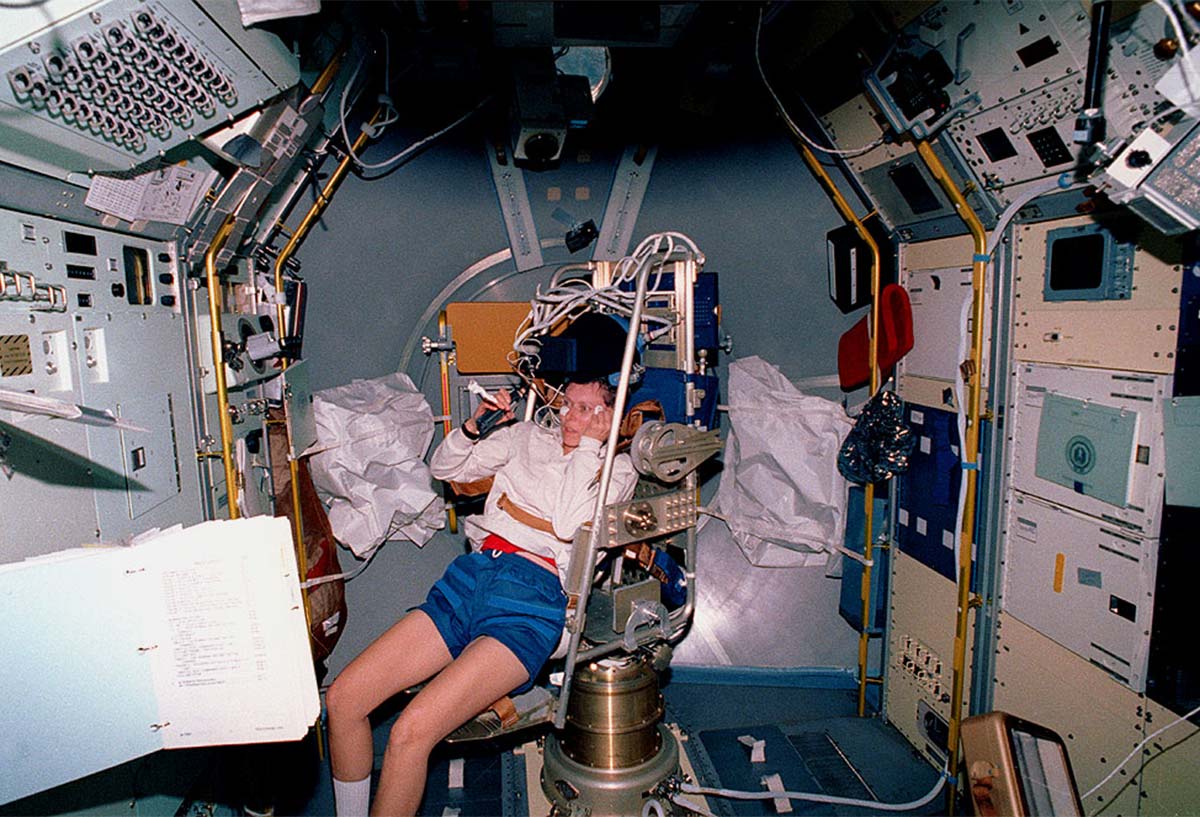 In 2003, Columbia catastrophically broke down while returning from orbit. The accident would be one of the causes for the retirement of the shuttle program eight years later. 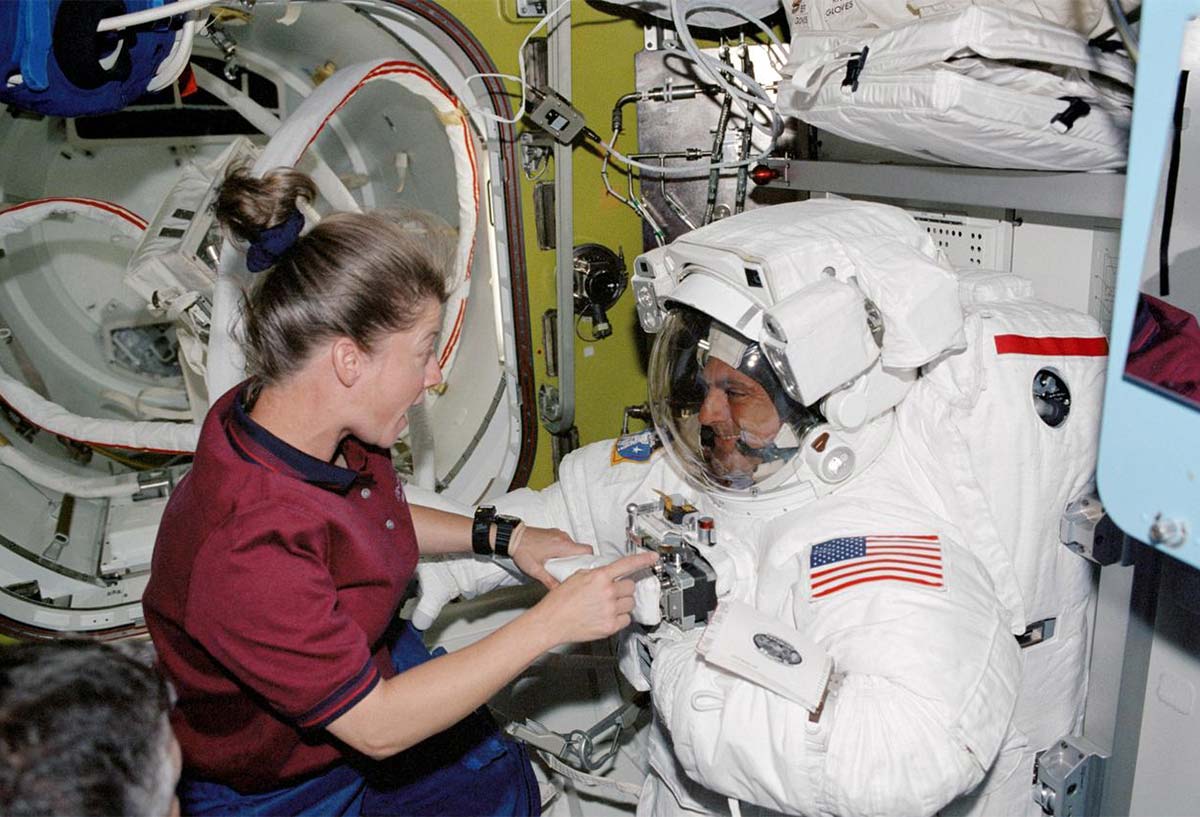 The last Space Shuttle mission took place on 8 July 2011, bringing the total amount of take-offs to 135. The remaining spacecrafts were decommissioned and displaced in museums across the United States.