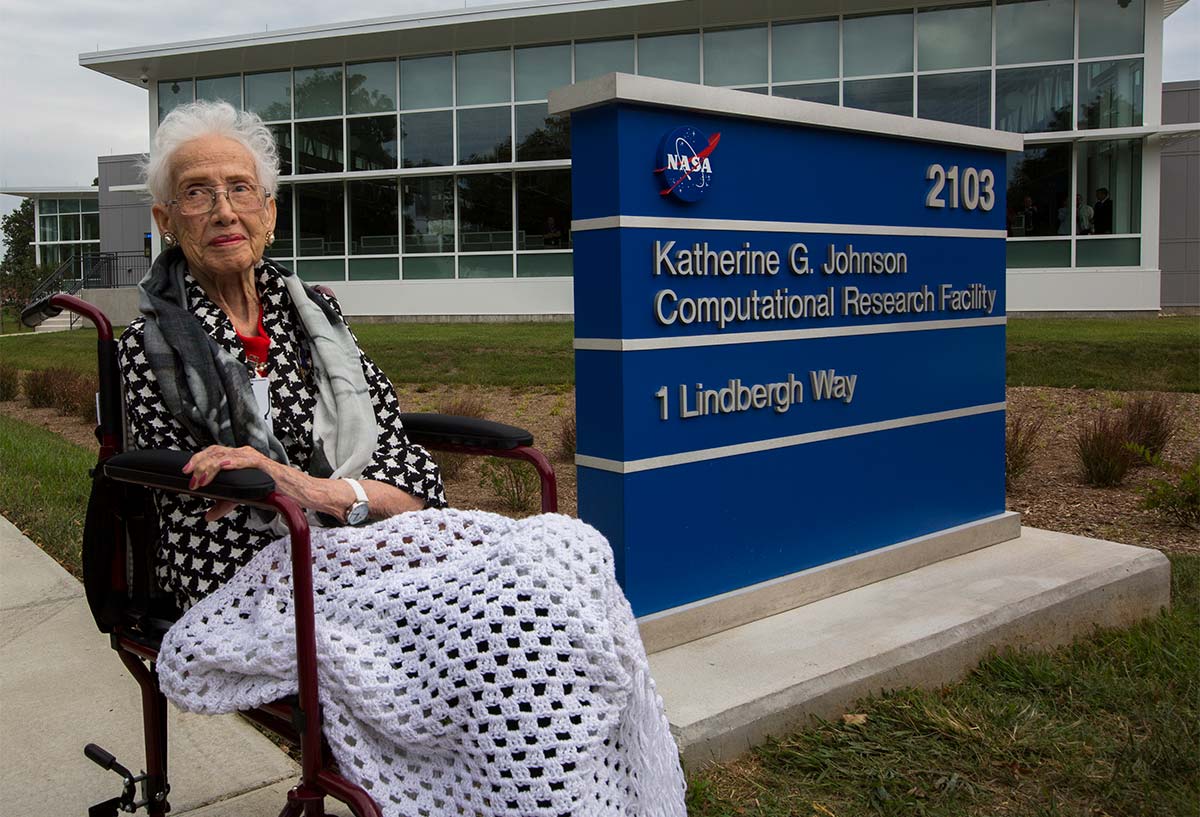 Johnson in front of the Computational Research Facility named for her
Image Credit: NASA

Born in 1918 during segregation, Katherine G. Johnson possessed a sharp mind for mathematics and physics. During her childhood she is said to have counted everything she could, from the steps into church to the plates and dishes at her home. Her love for learning allowed her to enrol into High School at the age of 10, graduate from West Virginia University when she was 18 and become one of the first African Americans to join NASA. She started her career as a ‘human computer’ performing complicated calculations and equations for the space programs.

But she was also a very strong individual who asked questions and fought to be included in meetings and be more involved in NASA. Following John F. Kennedy‘s promise to send a man to the moon by 1970, she started working on solving the many problems that were facing the endeavour. Johnson’s calculations allowed NASA to send astronauts into orbit around Earth and later to the moon and back. She worked at the space agency until 1986, leaving a rich legacy behind her.

Katherine Johnson was not known for being an orator, but she did have multiple memorable quotes throughout the years. Through interviews and books she has expressed her feelings towards education, the struggle of being a woman in a man’s world and her time at NASA. They offer an insightful view into the life of this remarkable woman.

Here is a collection of some of Katherine Johnson’s most notable quotes, a true hero of the Space Race. 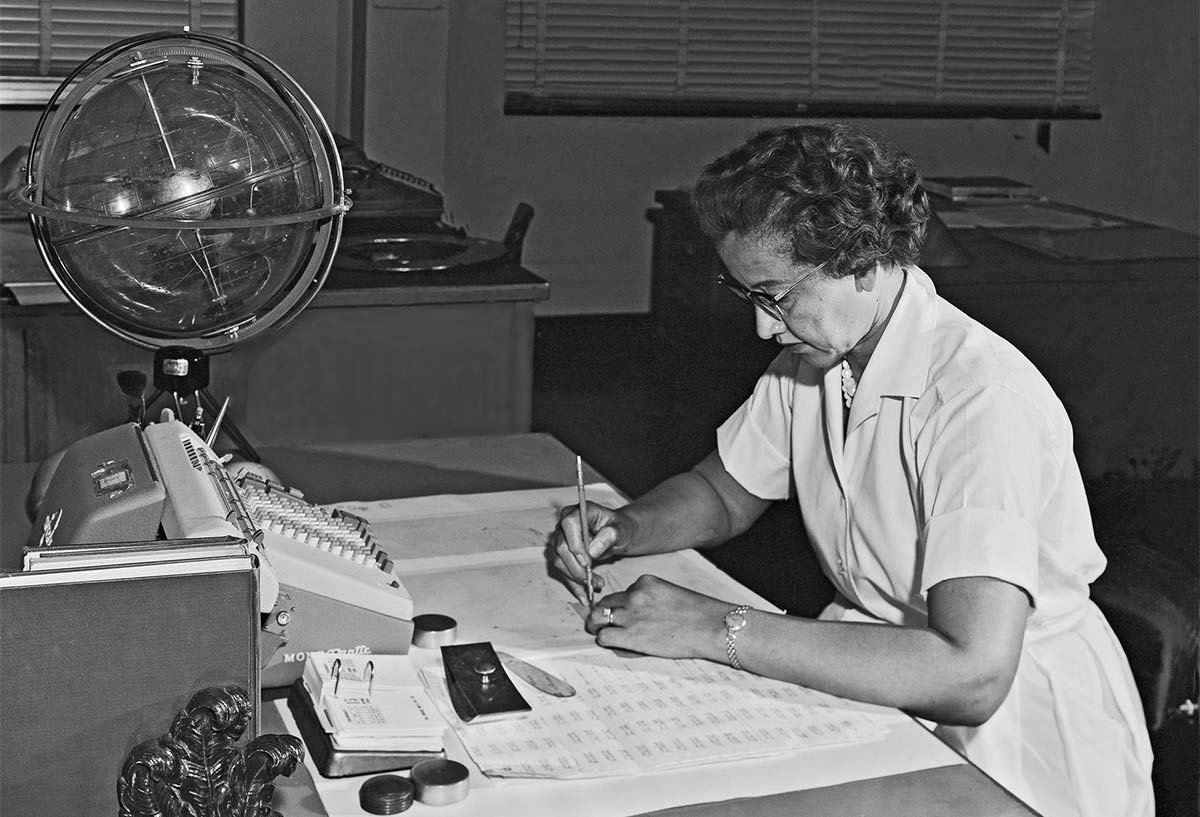 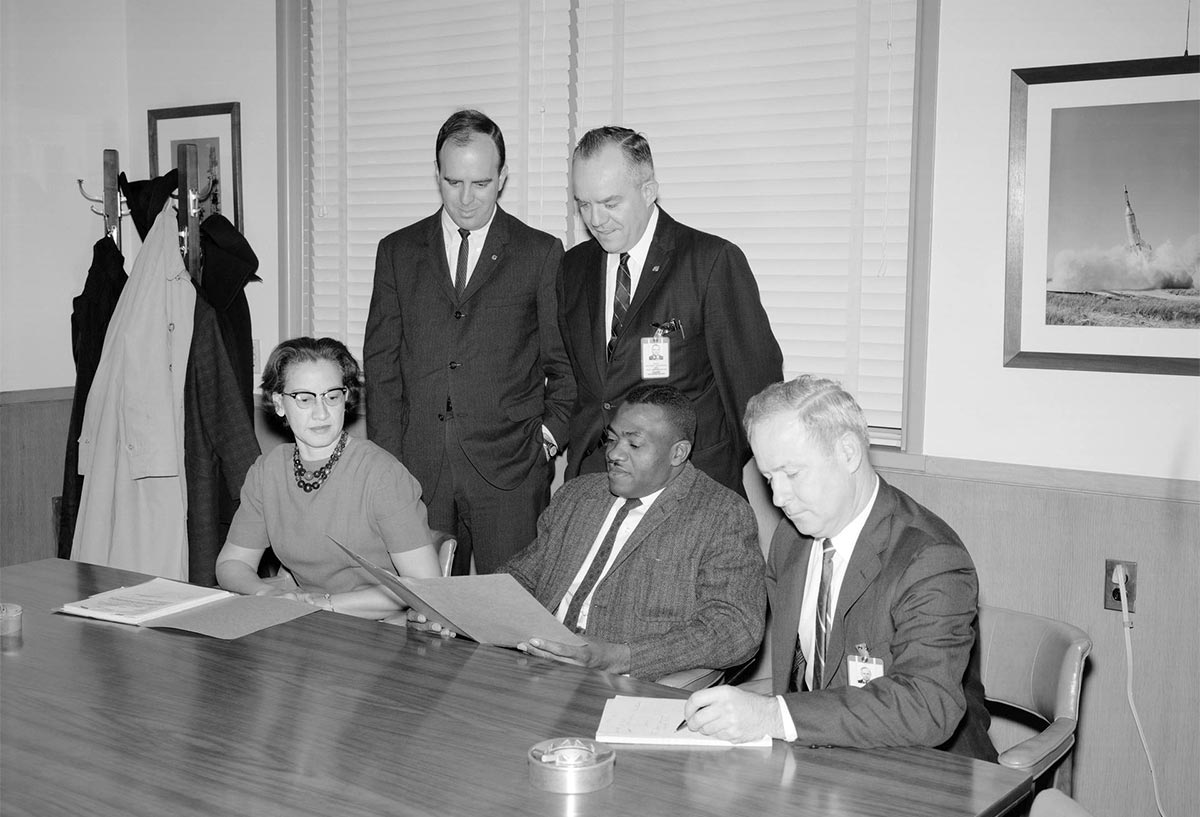 ‘Like what you do, and then you will do your best.’ 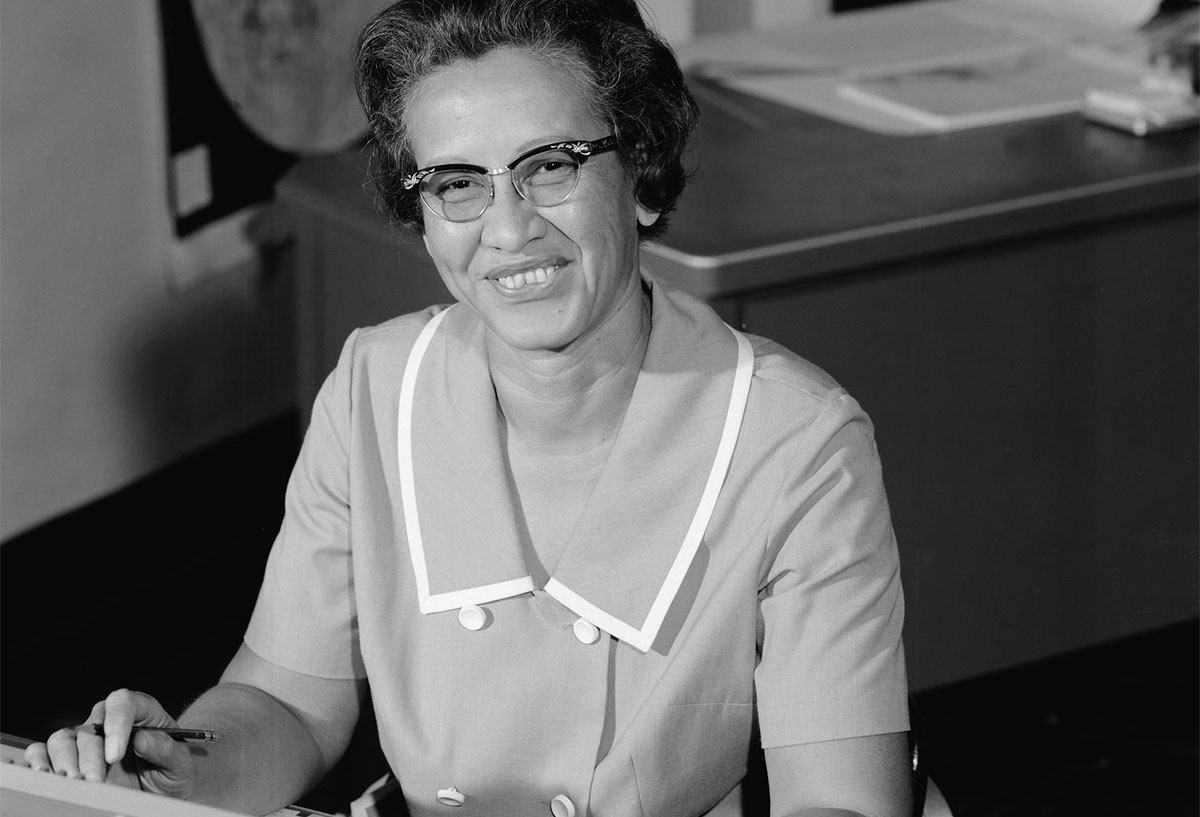 Katherine Johnson at her desk at the NASA Langley Research Center 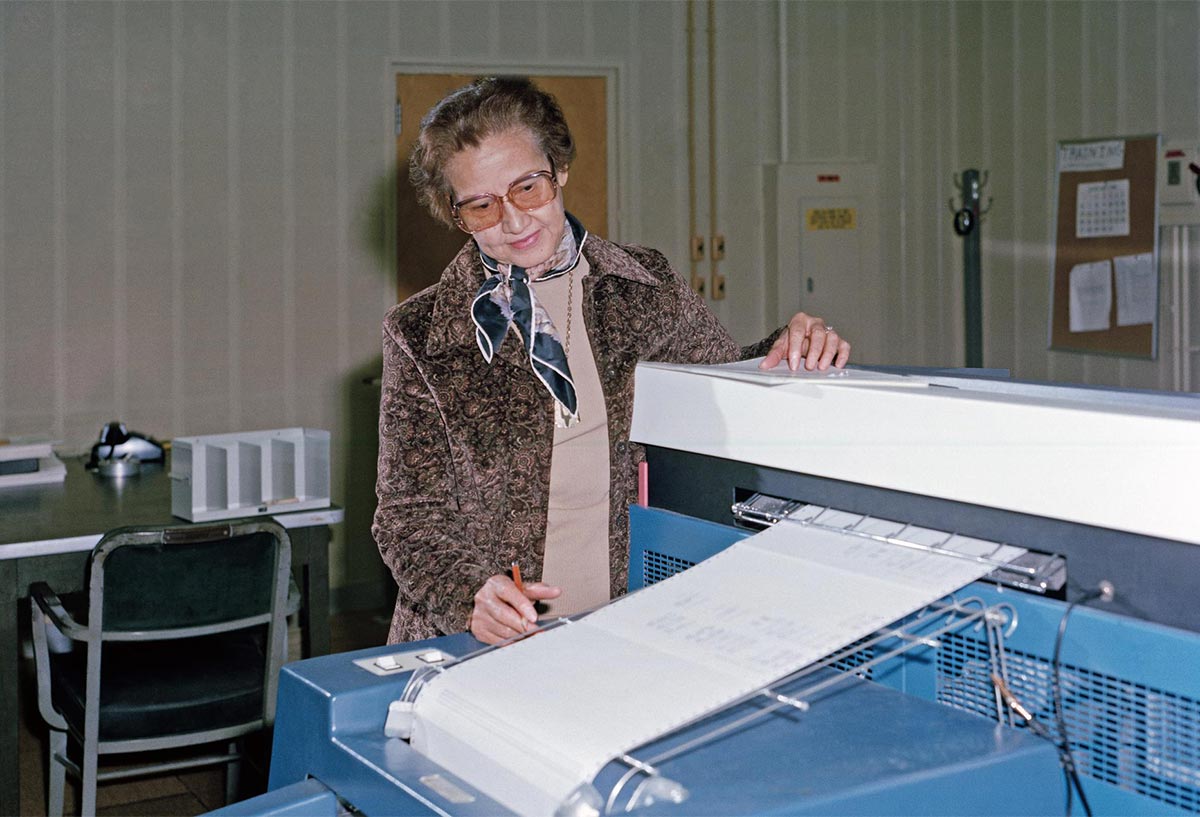 ‘We needed to be assertive as women in those days – assertive and aggressive – and the degree to which we had to be that way depended on where you were. I had to be.’ 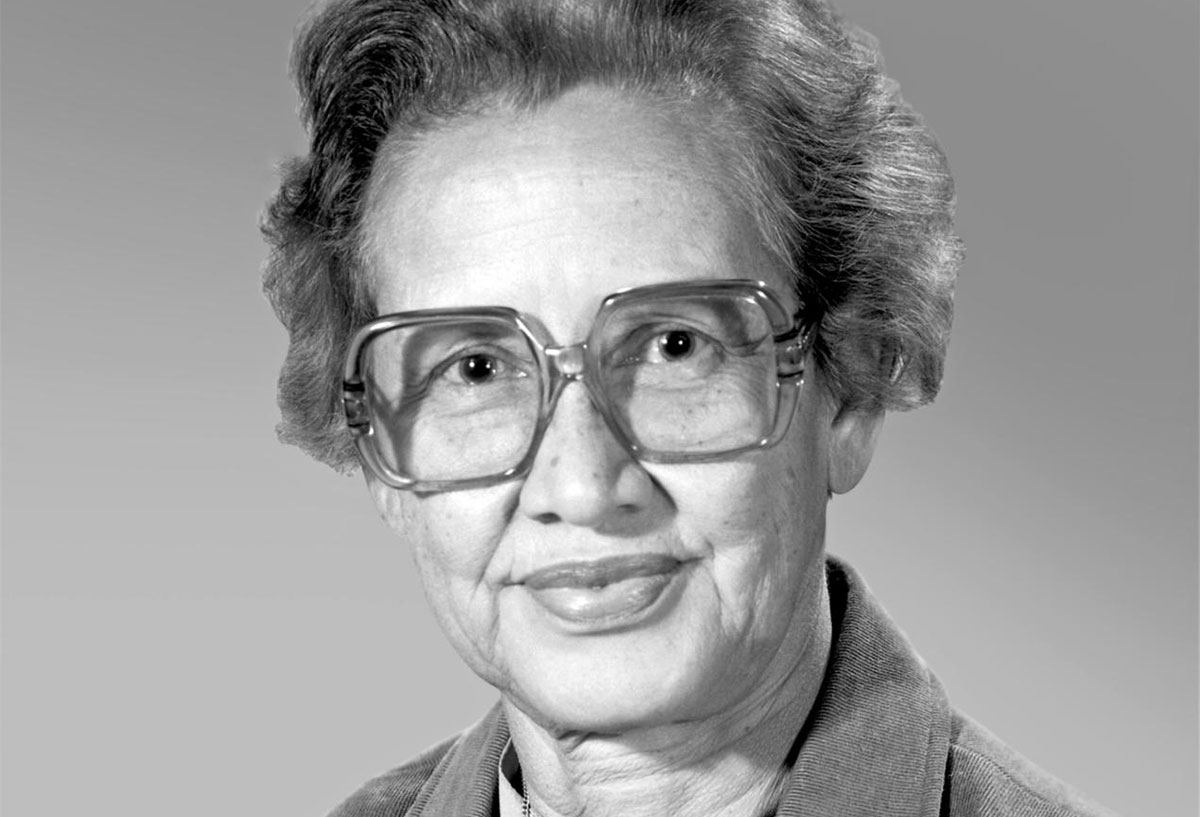 ‘Everything was so new – the whole idea of going into space was new and daring. There were no textbooks, so we had to write them.’

(From ‘Black Women Scientists in the United States’ by Wini Warren, 1999) 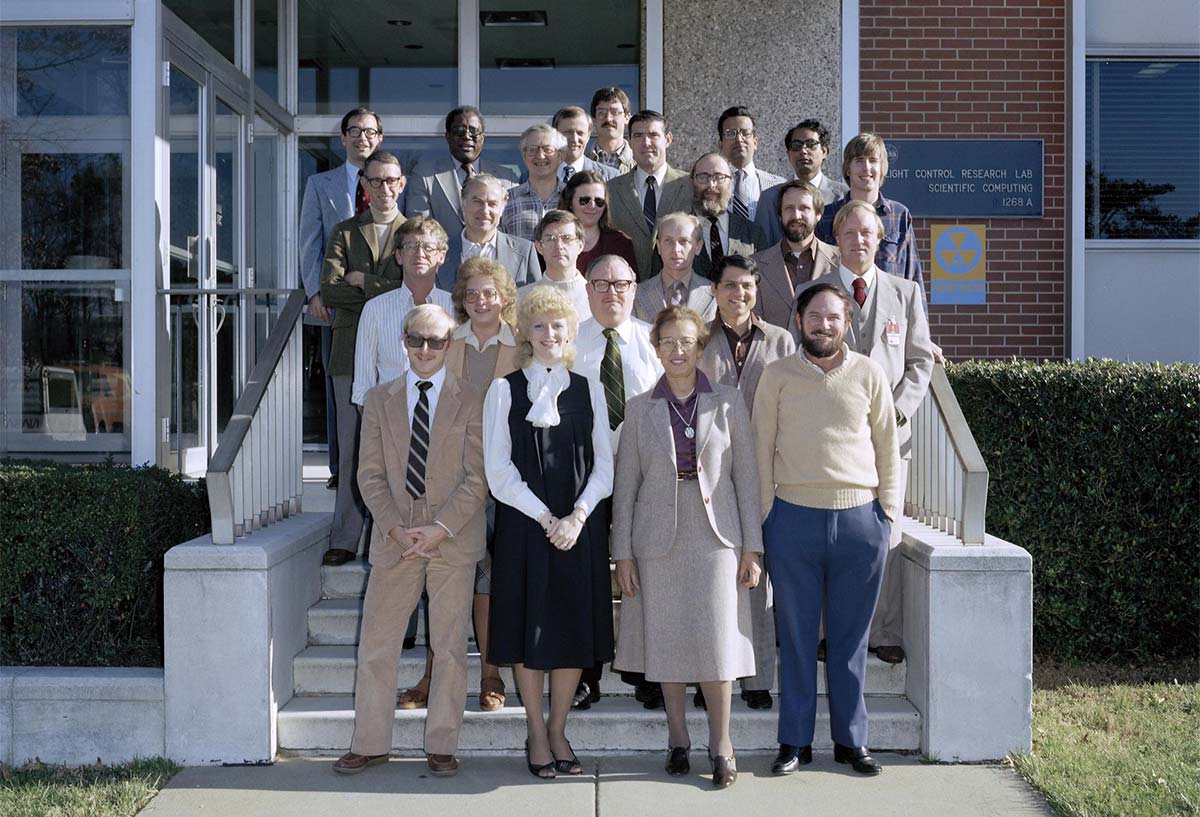 ‘You lose your curiosity when you stop learning.’ 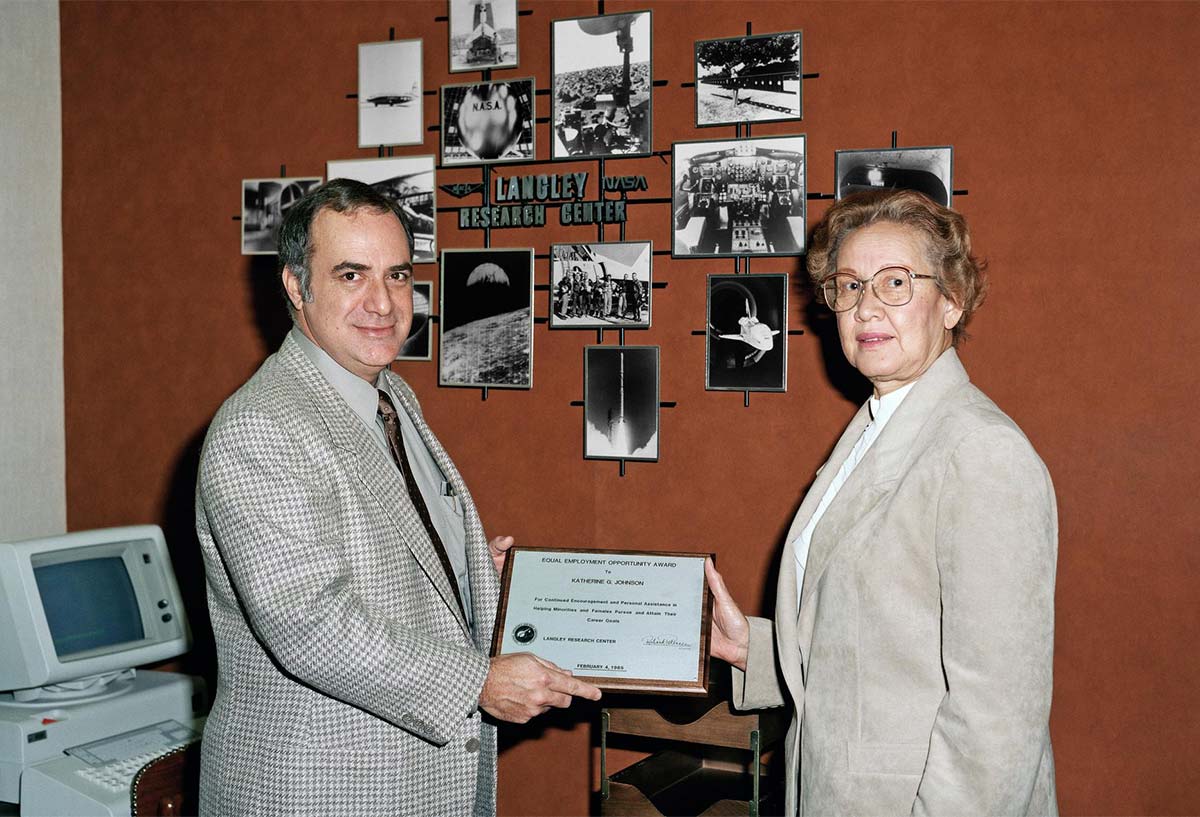 ‘I asked questions; I wanted to know why. They got used to me asking questions and being the only woman there.’ 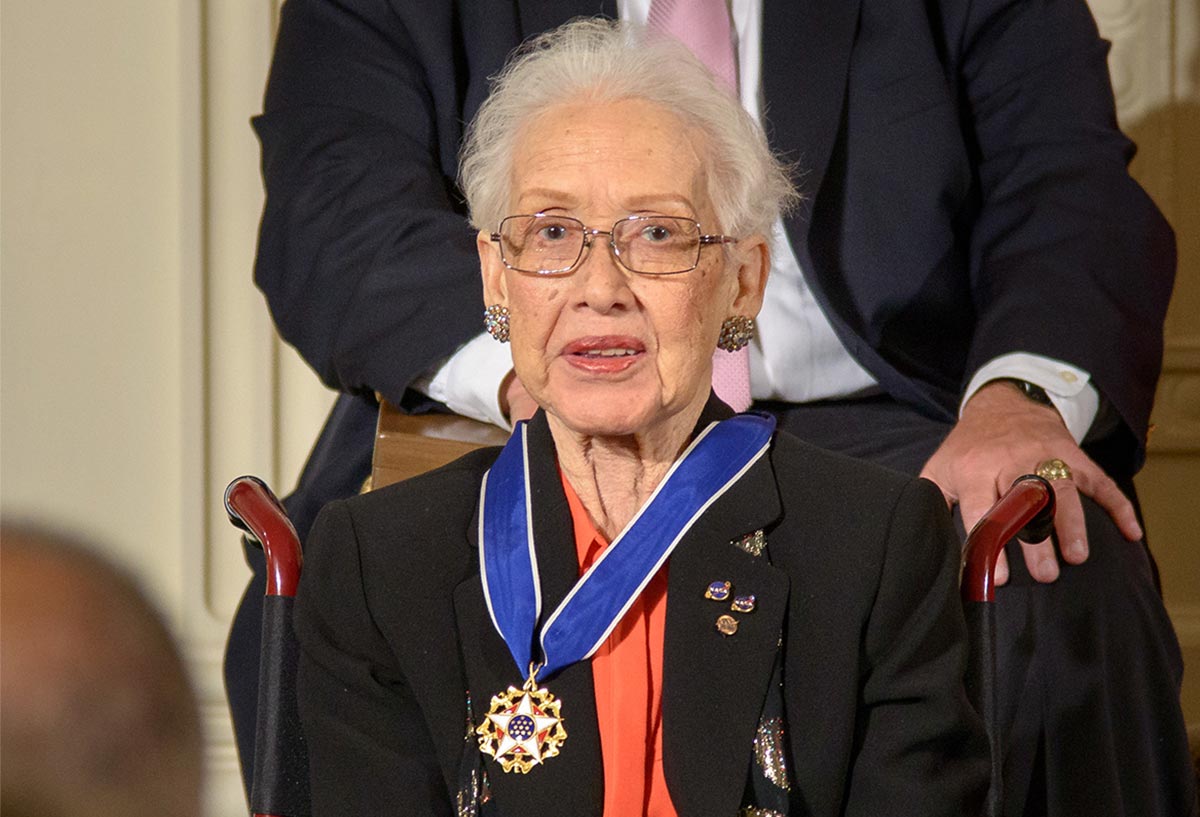 The Presidential Medal of Freedom was awarded to Johnson in 2015

‘It’s not every day you wake up with a mission in your mind, but I had a mission and I was determined to accomplish it.’ 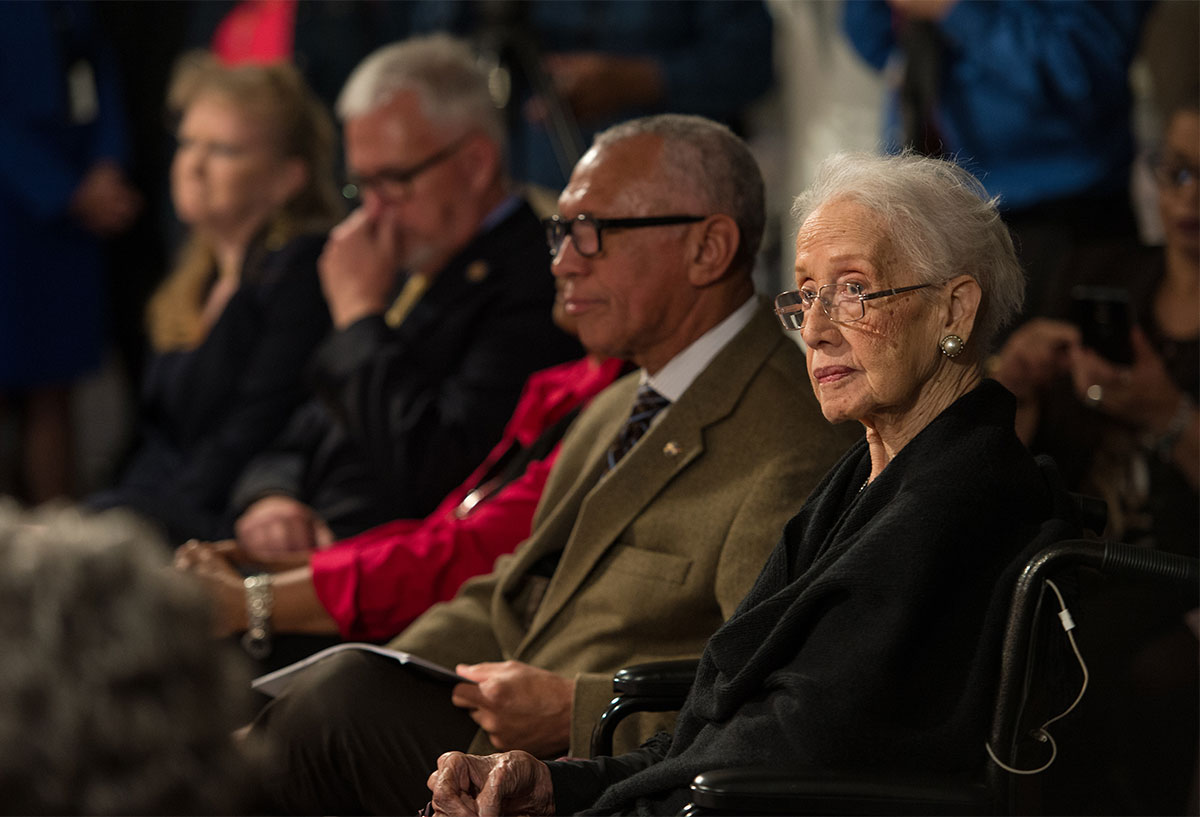 Katherine Johnson and Charles Bolden at a reception, 01 December 2016 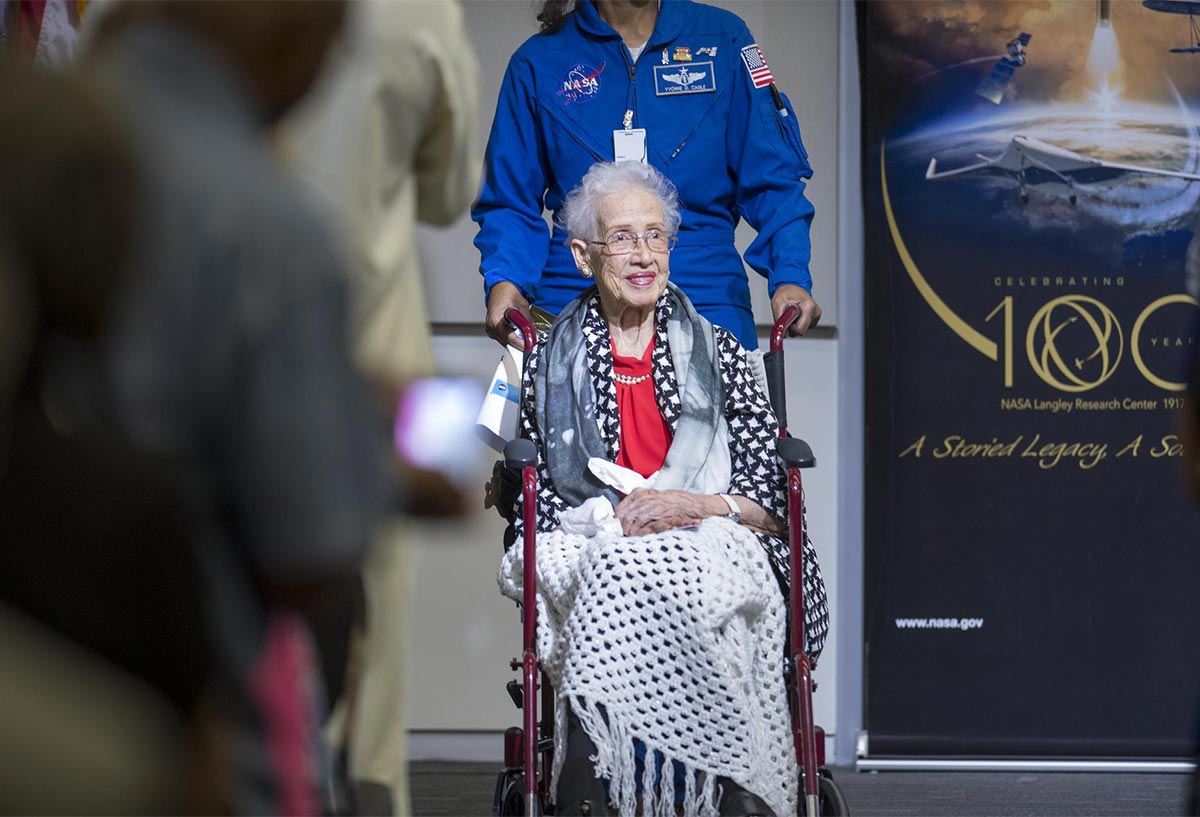 ‘I don’t have a feeling of inferiority. Never had. I’m as good as anybody, but no better.’