The historic Anglesey Abbey is a Jacobean-style mansion in Cambridgeshire, which was built on the site of a medieval priory.

It is believed that the site Anglesey Abbey was first used as a monastery around 1100AD and grew to become a thriving monastic settlement throughout the early middle ages. However, like many similar sites across England, Anglesey Priory was dissolved in 1535 during the reign of Henry VIII. Becoming a private house, the site was modified several times over the next 400 years as well as being renamed Anglesey Abbey.

However, it was in the 1930s that Anglesey Abbey really saw a great transition when it came into the possession of Huttleston Broughton, 1st Lord Fairhaven. A widespread program of development saw the creation of magnificent gardens as well as alterations to the house itself, inspired by his love of eighteenth century culture. Upon his death, the house was left to the care of the National Trust.

Today, visitors to Anglesey Abbey can explore both the beautiful gardens and the grand house – including surviving elements of the original Augustinian monastery, such as the chapter house and monk’s parlour. The house itself boasts impressive collections of antique furnishings, sculpture and art as well as a wide collection of historic clocks, one of Lord Fairhaven’s particular passions.

The garden highlights include a fantastic collection of statues and sculptures, a 150 year-old working watermill as well as a host of activities for children, including a spectacular giant tree-house. 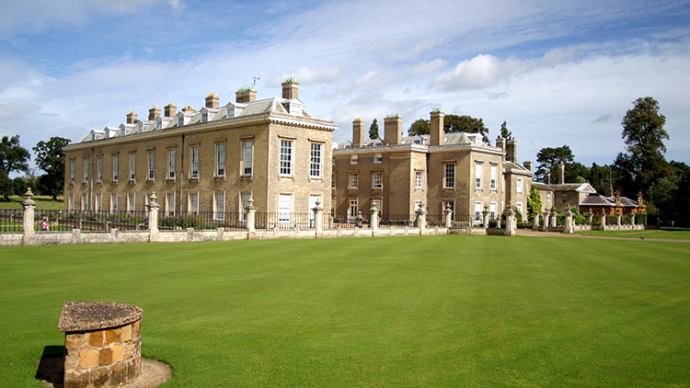 Althorp is a country house and estate which has been home to the Spencer dynasty - family of Princess Diana - for over 500 years.

Just as empires rise and fall so do entry fees and opening hours! While we work as hard as we can to ensure the information provided here about Anglesey Abbey is as accurate as possible, the changing nature of certain elements mean we can't absolutely guarantee that these details won't become a thing of the past. If you know of any information on this page that needs updating you can add a comment above or e-mail us.