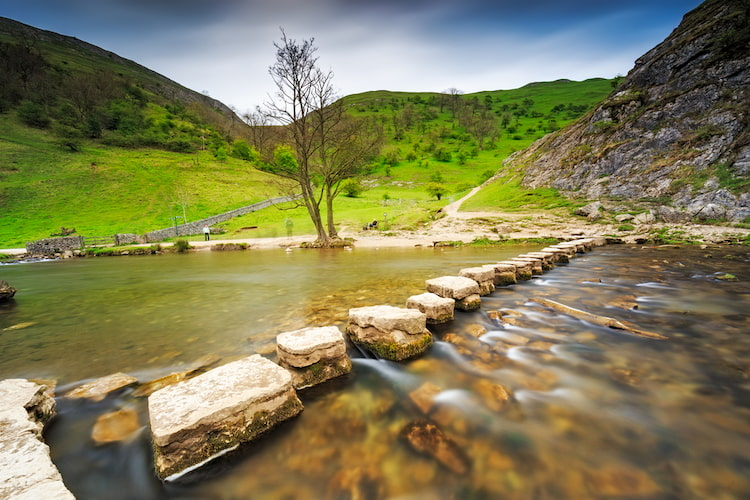 As one of the most popular attractions in the whole Peak District National Park, Dovedale Stepping Stones form an integral part of many walks in the area, and are visited by over a million people annually.

The Peak District National Park’s dramatic hills, valleys and limestone rock formations have long made it a popular site for walkers and nature-lovers. Shaped during the ice ages as glacial meltwater cut the limestone rock into different shapes, the area is known for its sites such as Reynard’s Cave and the Dove Holes.

In 1653, author Izaak Walton wrote the The Compleat Angler after his visit to Charles Cotton’s fishing cottage in Dove, which led to a rise in the popularity of the beauty spot. During the Romantic era, the area was visited by painters who wanted to capture the beauty of the landscape. However, it wasn’t until the 19th century that innovations in railways and travel meant that Victorians could visit the area.

In the 1890s, the stones were laid, and donkey tours also allowed for travel across the 16 limestone-capped stones across the River Dove in Dove Valley.

The Peak District National Park has been owned by the National Trust since 1934. Due to its broad range of rock formations, plant life and diverse wildlife, Dovedale became a National Nature Reserve in 2006.

Today, the gorge and Dovedale Stepping Stones are visited by a staggering one million people every year. Limestone slabs were added to the top of the stepping stones in 2010 to stop people from slipping. This was highly-controversial and made headline news in the area.

Though the gorge itself is only 2-3 miles long, the area is a hugely popular walking site. It’s best to arrive early or avoid weekends if you want to avoid the busiest crowds.

Getting to Dovedale Stepping Stones 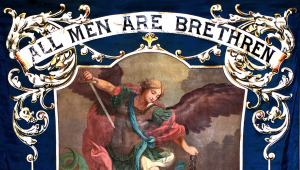 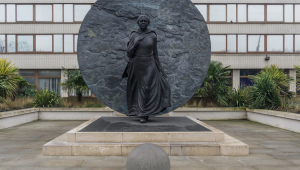 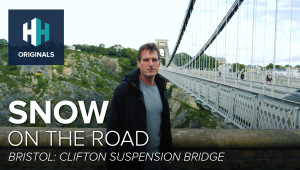