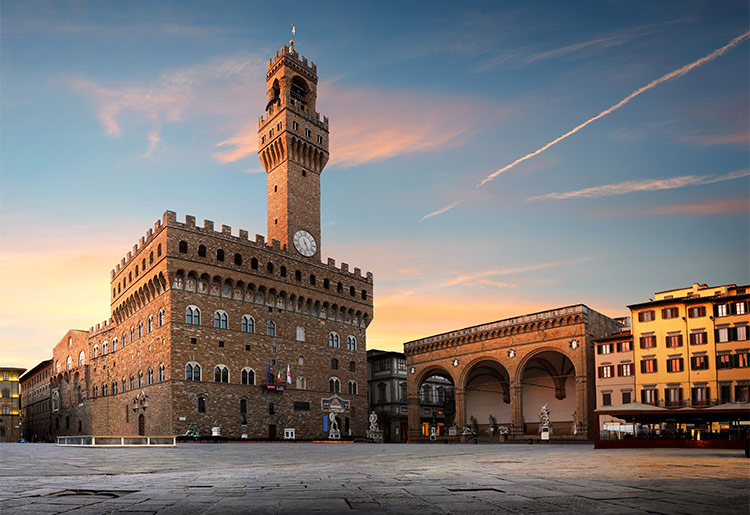 About Historic Centre of Florence

Florence has long been a diamond in the Italian peninsula, giving birth to the Renaissance and thereby to the modern world. With its magnificent cathedral and world famous museums, it has remained top of the list for many visiting this southern European country. The historic centre of Florence was declared a UNESCO World Heritage Site in 1982.

The history of Florence

Founded as an Ancient Roman military colony in the 1st century BC, Florence has had a long and proud history. By the 3rd century AD it served as a provincial capital becoming a centre of wealth. The fall of the Western Roman Empire and the subsequent Gothic Wars between Byzantium and the Ostrogoths brought widespread destruction not only to Florence but to the Italian peninsula as a whole.

The High Medieval period would see new growth, ushering in an artistic golden age. By the 13th century Florence had become a formidable economic and political powerhouse, largely brought about by its banking and woollen cloth industries. The period would also see the city becoming a Republic which eventually birthed the Renaissance. The late republican period would see the rise of the Medici family, who seized total control in 1569, becoming dukes of Tuscany.

The following centuries saw Florence’s standing diminished, with its cultural vitality paling in comparison to prior eras. For a while the city fell under foreign influence, through a personal union with Habsburg Austria. Florence would finally become part of a unified Italian state in 1861.

Even though Florence has existed since Roman times, most of the surviving buildings stem from the early modern period.

The most famous landmark of the city is the magnificent Florence Cathedral. It is one of the largest churches in Italy and still to this day has the largest brick dome ever constructed. Building began in 1296, but it would not be until 1436 when the structure was fully completed.

In the heart of the city you can find the Piazza della Signoria, which is surrounded by some of Florence’s main attractions. The Palazzo Vecchio, which overlooks the cities main piazza, has been the town hall of Florence for centuries. It remains a popular tourist attraction thanks to its beautiful interiors. Another standout is Bartolomeo Ammannati’s Fountain of Neptune, which is a marble masterpiece.

The Uffizi Gallery, adjacent to the Piazza della Signoria, is one of the greatest art museums in the world, housing works from artists including Botticelli, Leonardo da Vinci, Rembrandt, Titan and many more. Many of the most famous paintings are located in this most magnificent gallery.

The Galleria dell’Accademia houses possibly one of the most famous marble sculptures of the early modern era – Michelangelo‘s David. It is the second most visited museum in Florence, right behind the Uffizi Gallery.

Getting to the Historic Centre of Florence

The closest airport is Florence airport, which lies just 3 miles (5 km) outside of the city. You can either take a taxi or the Vola shuttle bus to the historic centre, which shouldn’t take longer than 20 minutes. 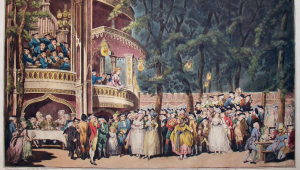 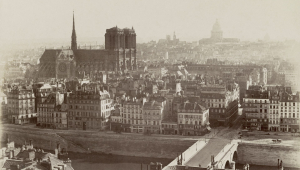