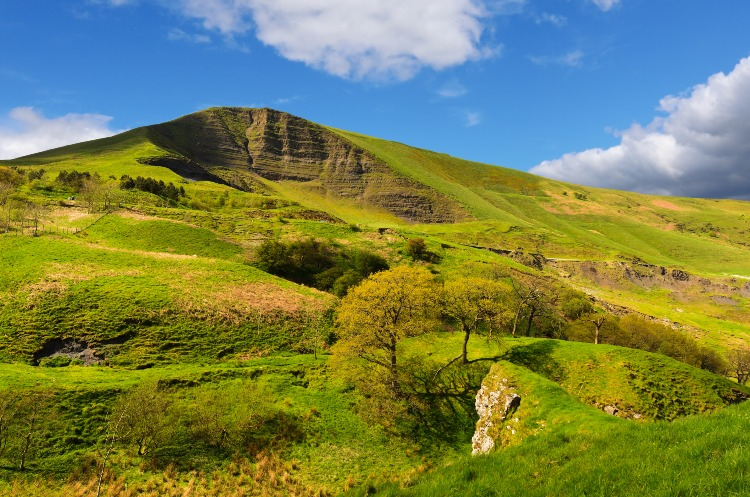 Mam Tor in Castleton is the site of a large prehistoric hill fort that once hosted a settlement of Celtic peoples. Today it provides one of the best views over Hope Valley, with the remnants of the fort still traceable on the hilltop.

Mam Tor, meaning Mother Hill, is thought to have been occupied from 1200 BC onwards by an initial late Bronze Age and later Iron Age hill fort.

Situated at the hill’s peak, 100 small platforms were levelled around its summit for the construction of timber huts. Their foundations, alongside pottery found at the site, indicate the settlement’s role not only as a defensive base but also a thriving village.

Two Bronze Age burial mounds known as ‘bowl barrows’ were constructed within the fort, with such structures often constructed on hill tops, and around the summit were earthen ramparts originally covered in timber and later in stone, where two gateways at each end allowed people in and out.

In 1636, Mam Tor was named one of the Seven Wonders of the Peaks by Thomas Hobbes alongside Chatsworth House, Peak Cavern, St Ann’s Well in Buxton, The Ebbing and Flowing Well in Tideswell, Poole’s Cavern, and Eldon Hole.

Today Mam Tor is a popular walking site in the Peak District, with its prehistoric past still evident in the earthworks there. The ramparts around the peak remain pronounced, with both entrances remaining, while one of the bowl barrows lies beneath the trig point.

Stunning views of the surrounding area allow visitors a glimpse into what their ancient predecessors may have seen, albeit with some newer additions – Castleton and Peveril Castle are within view, while on clear days one might see all the way to Manchester!

Getting to Mam Tor

Mam Tor is near Castleton in Derbyshire, and can be reached from the village by driving up Winnats Pass to the National Trust Car Park. The nearest train stations are Hope and Edale, while the number 200 and 272 bus services drop off nearby. 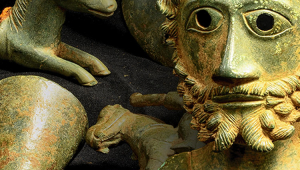 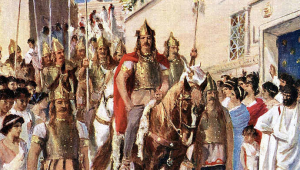 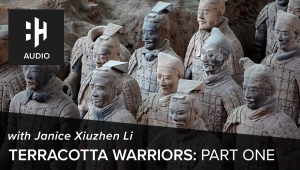