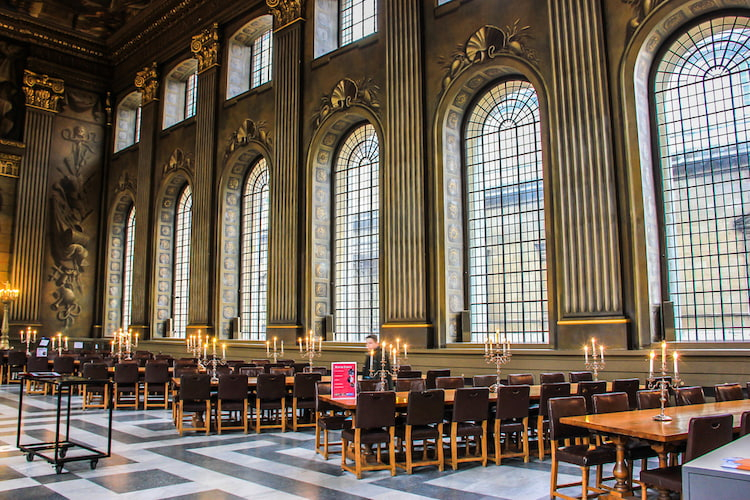 The Painted Hall features 40,000 square feet of walls and ceilings and was painted in the early 18th century by Sir James Thornhill.

The Painted Hall boasts one of the most spectacular Baroque interiors in Europe. The incredible ceiling and wall decorations were conceived and executed by British artist Sir James Thornhill. The surfaces of the hall are covered in striking paintings depicting 200 figures including kings, queens and mythological creatures.

Known as ‘Britain’s Sistine Chapel’, the project took nineteen years from the start of the commission to its completion in 1726. Thornhill’s scheme earned him a knighthood and payment of £6,685.

The painting on the ceiling of the Lower Hall is a complex allegorical scene. It was designed to show the victory of Protestantism, depicted by William and Mary in England, over Catholicism, shown by Louis XIV in France. The theme is Peace and Liberty triumphing over Tyranny, and numerous mythological characters support this theme. In keeping with the location, the painting also incorporates nautical motifs, including ships, anchors and flags. Thornhill’s use of illusionistic architecture and steep perspective was inspired by Italian baroque painting.

The Upper Hall continues the theme with paintings celebrating the Protestant succession via Queen Anne and then George I. The large painting on the West Wall shows King George with his children and numerous grandchildren, who would presumably save the throne from any claim by Europe’s Catholic rulers. An interesting omission from the picture is the king’s wife, Sophia, who never came to England nor became queen.

The Painted Hall reopened in 2019, following a two year long, award-winning conservation project and is now open for visits, tours and hire.

There is an entrance charge for the Painted Hall. Audio tours and children’s activities are available. It is one of London’s most popular attractions welcoming over a million visitors each year. The Old Royal Naval College is also a very popular filming location, The Crown, Pirates of the Caribbean: On Stranger Tides and Les Misérables are just a few of the blockbusters filmed here in recent years

The Old Royal Naval College is in the heart of the Maritime Greenwich UNESCO World Heritage site. Cutty Sark DLR station is only 3 minutes walk away and Greenwich train station is also nearby. Visitors can also take the bus, tube or travel by boat. 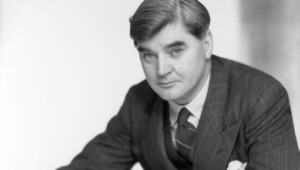 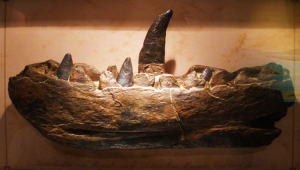