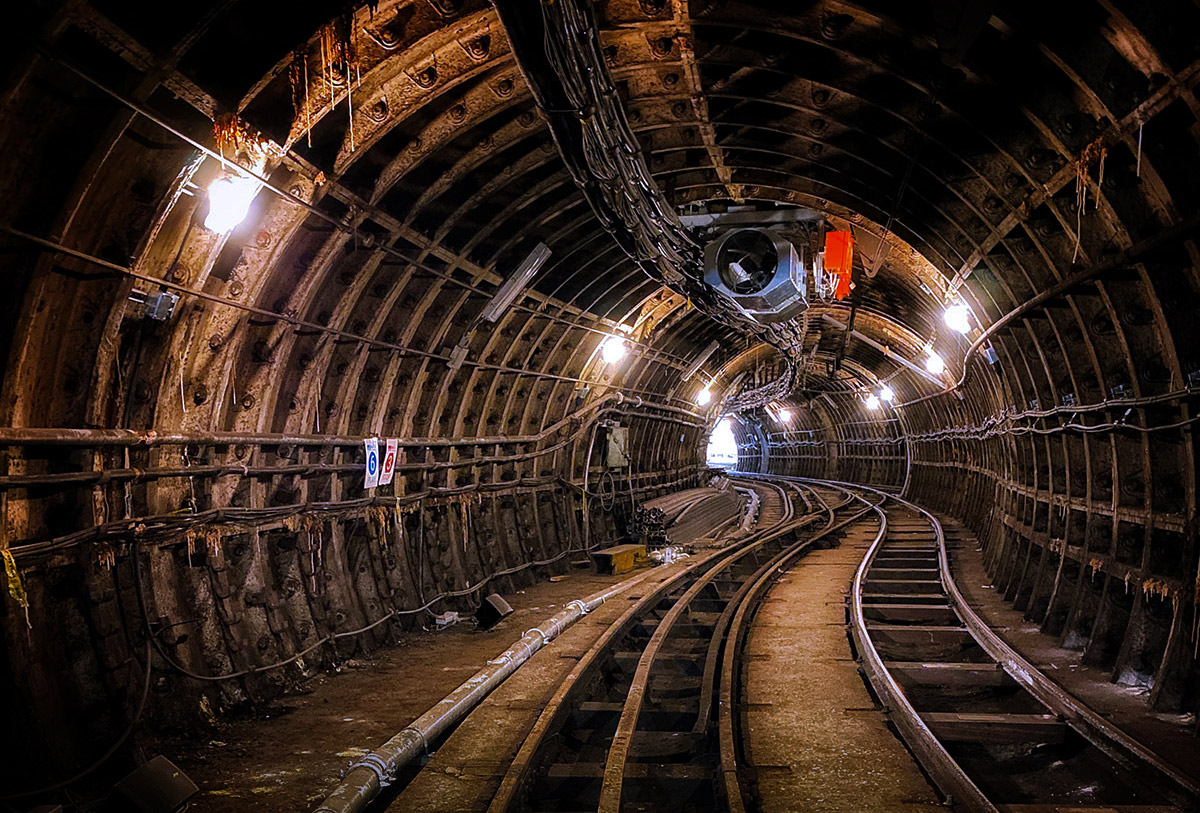 Image Credit: All photos in this article were taken by the author with permission from the Postal Museum.

There’s something about London’s abandoned structures that fills people with a kind of macabre delight. Above ground the city moves so quickly, with property being so expensive, that decaying buildings are most often quickly torn down and replaced with a more modern façade. But underground, there is not the same necessity.

There are a handful of disused tube stops. TFL maintains a list of old stations and lines that are no longer in use. But for the most part, these are inaccessible, and the only aspect people can see are the street level entrances, unchanged, but gated without entry.

Beneath central London, snaking from Paddington to Whitechapel, there is another underground network entirely independent of the London Underground. The Post Office Railway, known as Mail Rail since 1987, was a system that transported post between various sorting offices. 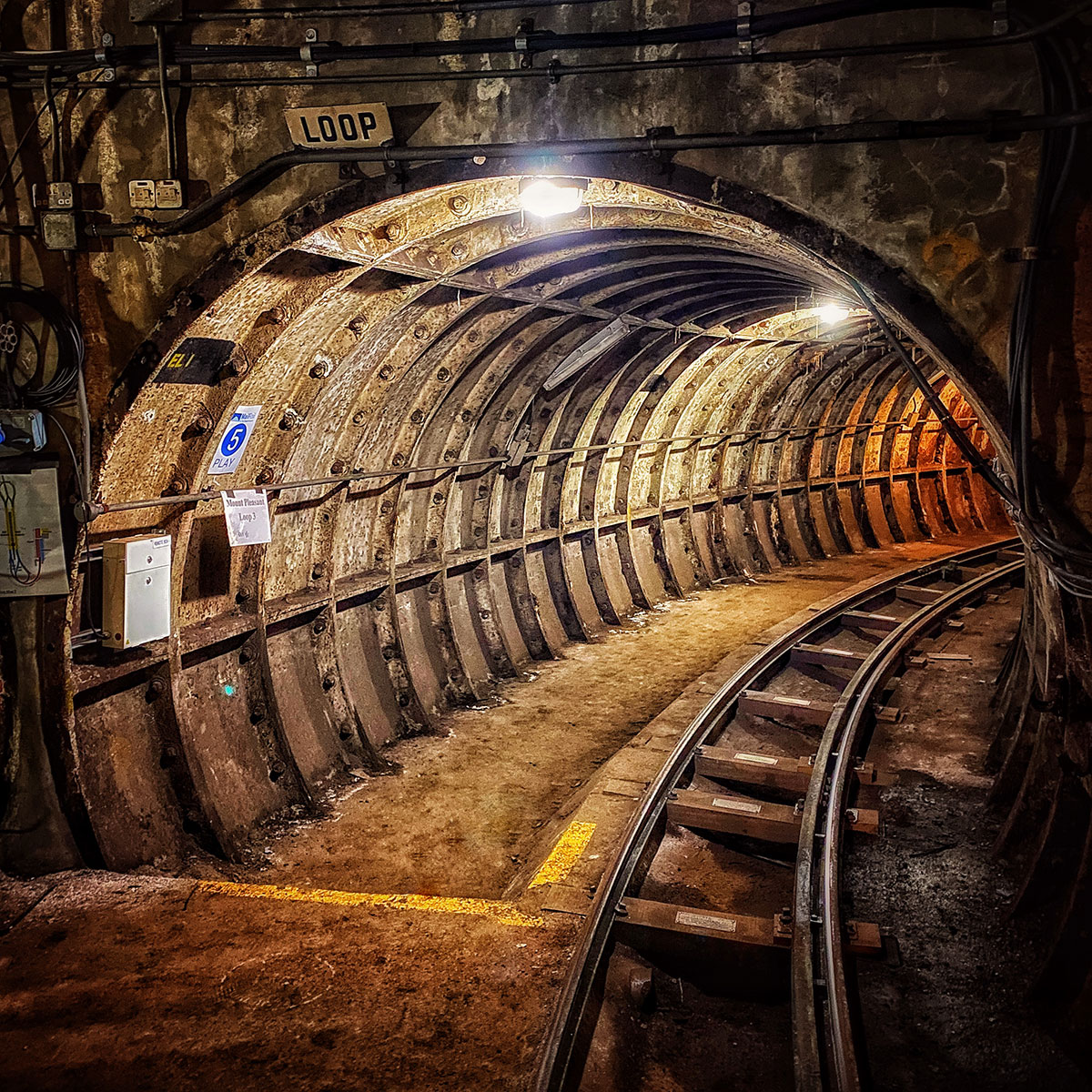 The entrance into the rail network from Mail Rail’s living museum in Mount Pleasant.

A much needed solution for bad traffic problems

If you think the central London traffic is bad now, rewind over to a century ago and it would have been horrendous. Most of the traffic was horse drawn, with little planning on flows or indeed traffic lights. Delivering information at the street level would have been slow and tedious.

In 1911 a plan was conceived, based on an existing system that had been built in Chicago, to dig an underground railway to make postal delivery more efficient. Work began in 1915 but like many infrastructure projects, labour and resource shortages caused by World War One put the plan on hold. Work restarted in the 1920s and the track laying began in 1924. By Christmas 1927 the railway was used to deliver parcel post, with letter carrying beginning in February of the following year. 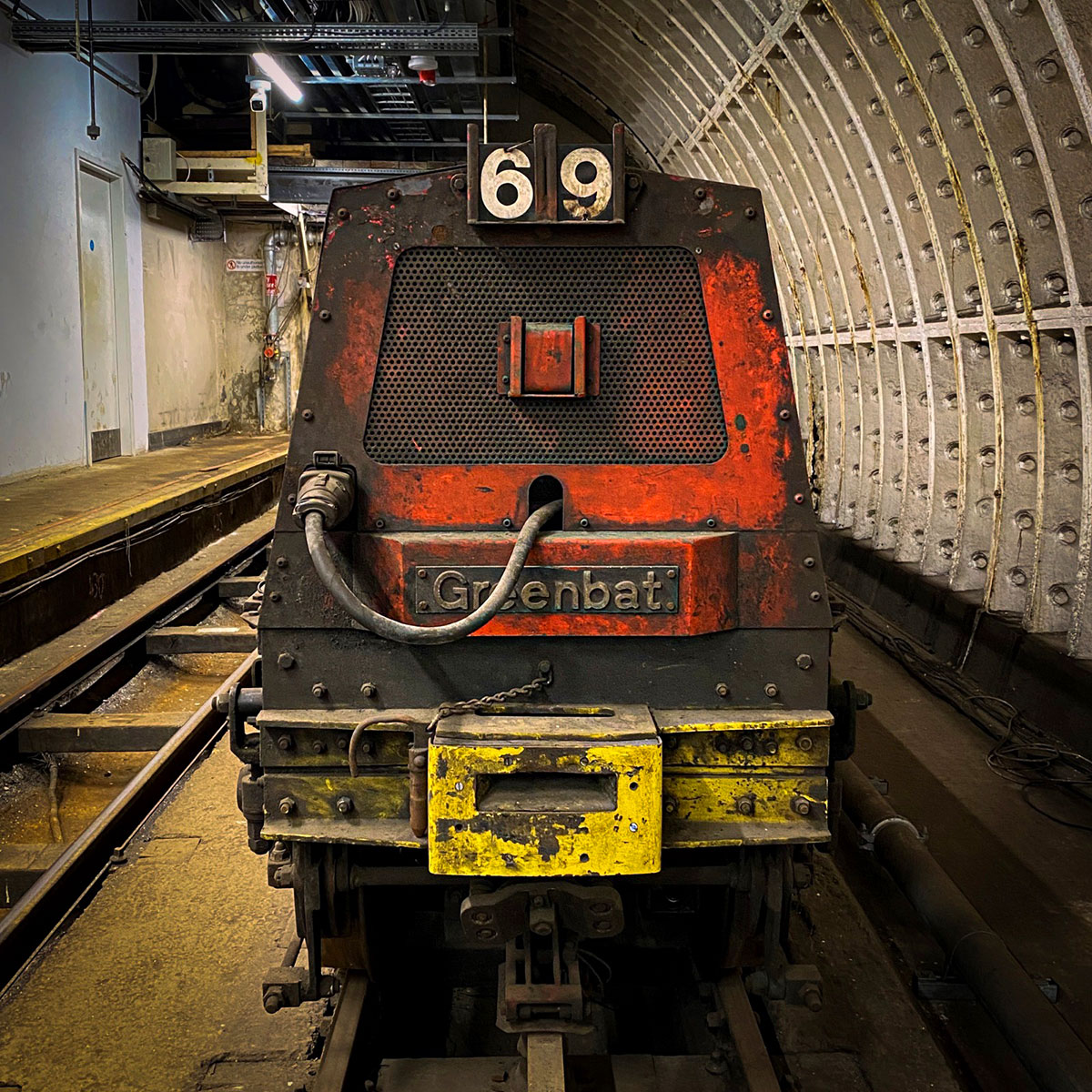 An old driverless postal train, covered in the grime of abandonment.

The system was highly innovative for its time, using driverless electric trains, and was one of only two such major urban projects ever constructed. Mail coursed through the network for 22 hours every day.

But road traffic and above ground postal delivery became much more efficient as the 20th century progressed. With the arrival of email in the 1990s, the network fell into redundancy. In 2003, after 76 years of operating, the network was finally closed.

Much of what is left is indeed completely as it was on the final day. Inaccessible and abandoned offices are flowing with outdated administrative junk. One of the walls is still said to be adorned with a poster of Thierry Henry in an Arsenal shirt, and the network was closed just before that famous London side came to be known as ‘The Invincibles’.

Through the eerie tunnels stalactite-like drips of minerals cascade from the low ceilings. On the platforms, walls are covered in a film of dust and grime. Disused trains sit where they finally stopped. 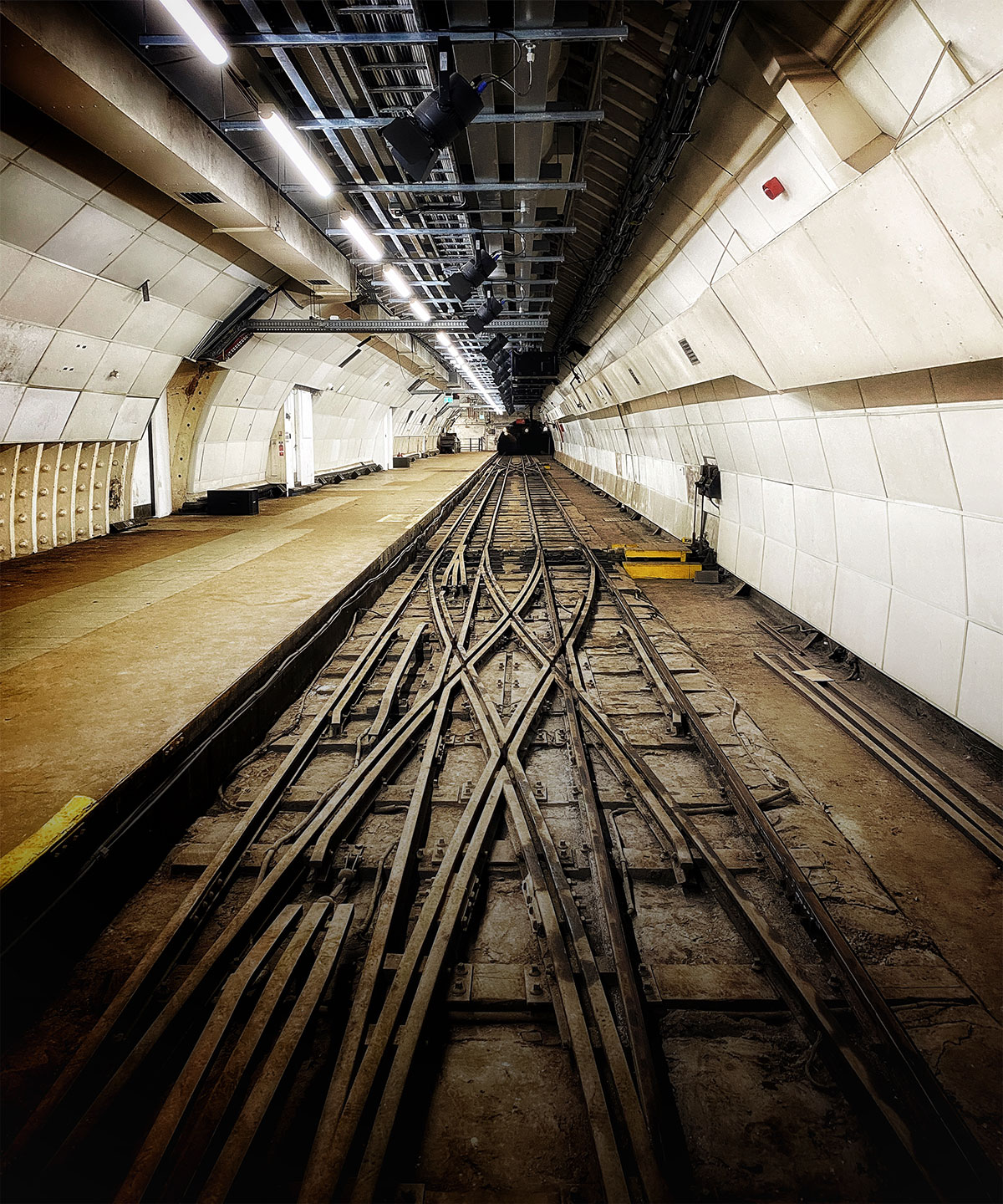 A view down one of the abandoned platforms.

Since 2017, part of the network is accessible via The Postal Museum’s Mail Rail exhibit. A looping train journey can be taken through the tunnels, and over 200,000 people have been through the network since it opened.

This Autumn, visitors will get exclusive access to the original tunnels, tracks and station platforms of London’s 100-year-old postal railway, letting them explore parts of the railway on foot that aren’t accessible on The Postal Museum’s Mail Rail ride. Expert guides will provide in-depth insight into one of the city’s best-kept secrets out of hours and the chance to explore a unique subterranean environment.

If you’re into your urban abandonment (and it’s clear from social media that many people are), then Mail Rail is well worth a visit. You can book tickets on the Postal Museum’s website. 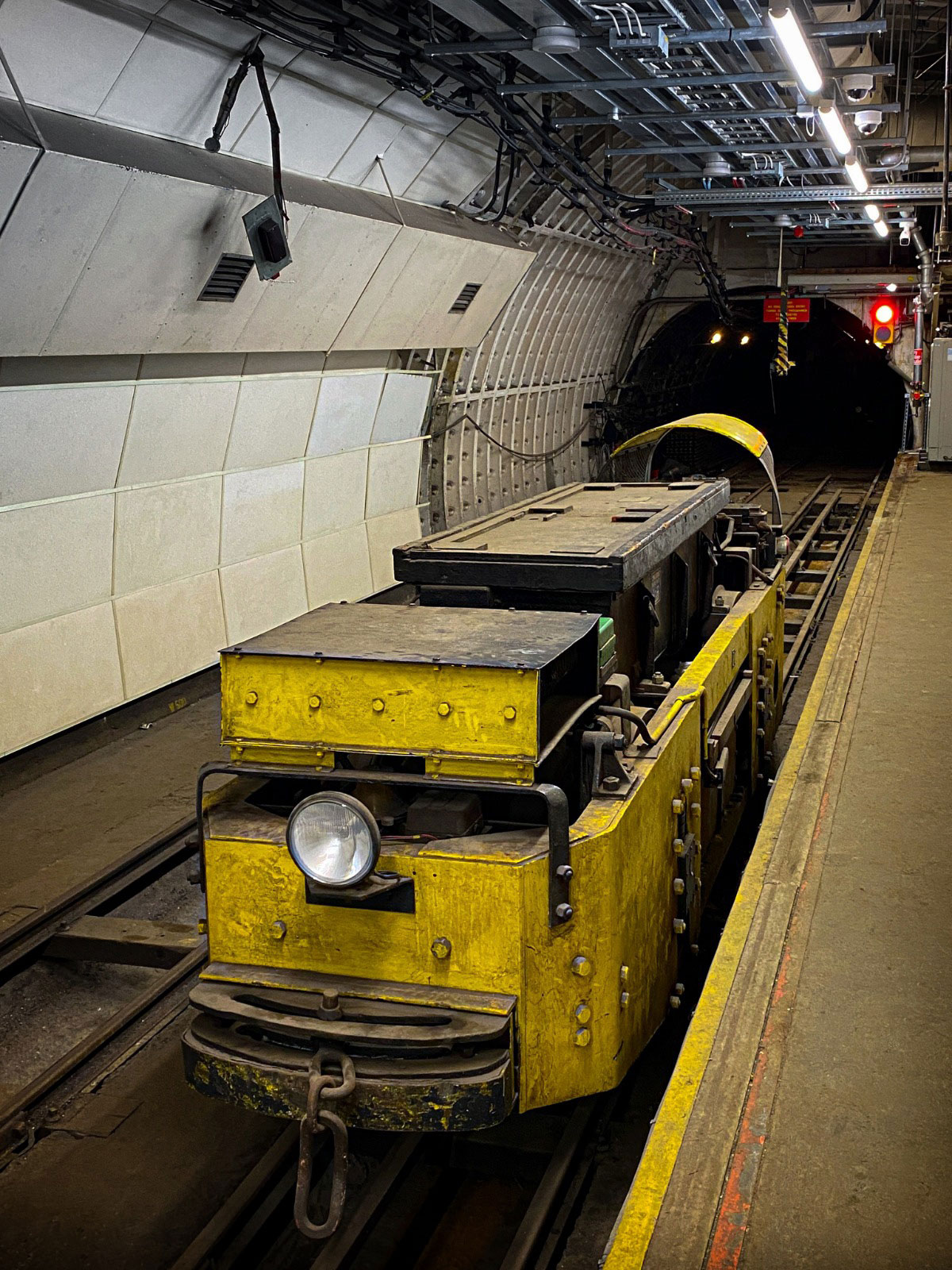 An engineering train, known as the ‘Banana Train’ due to its colour. 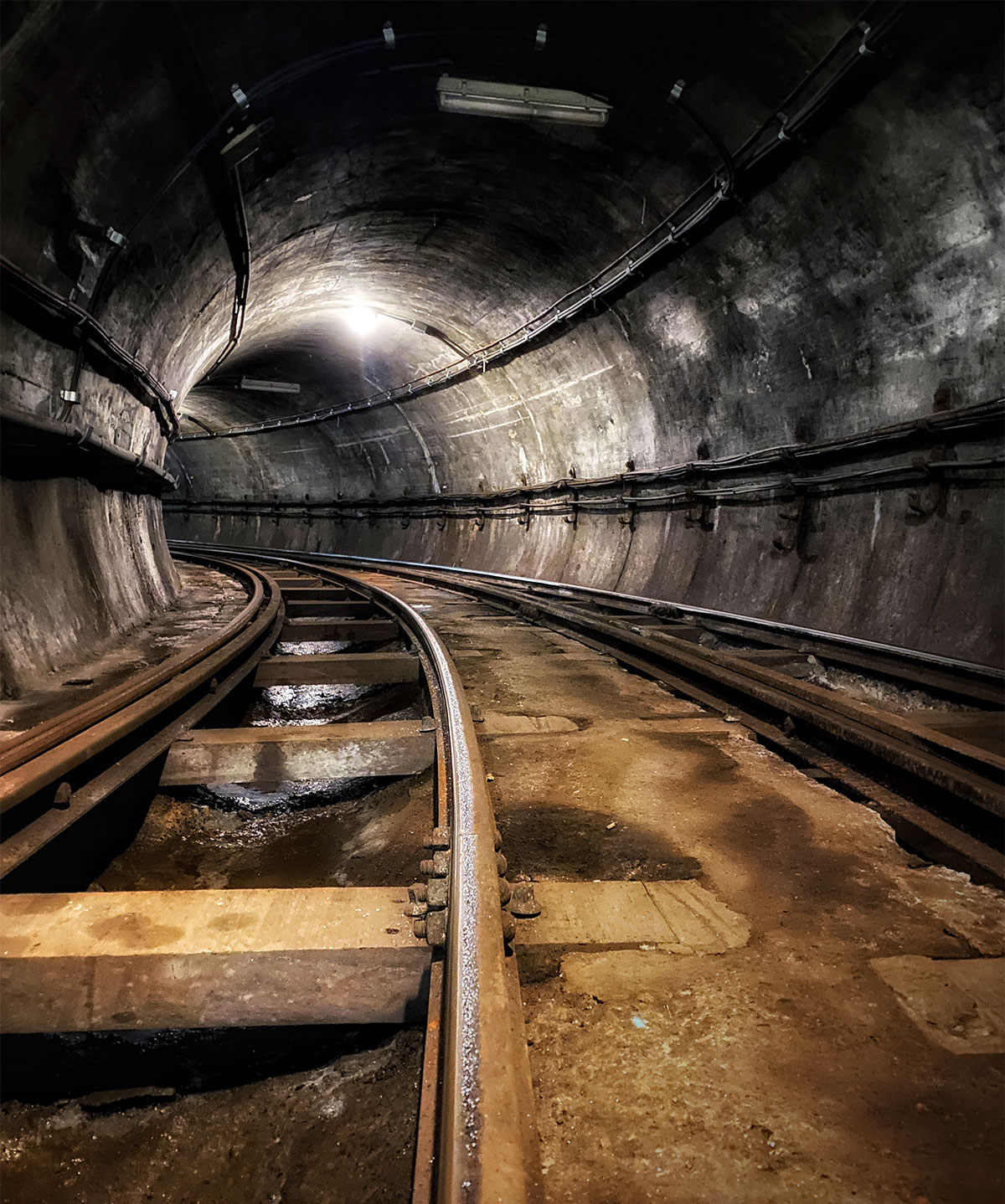 A lower level view down one of the tunnels. 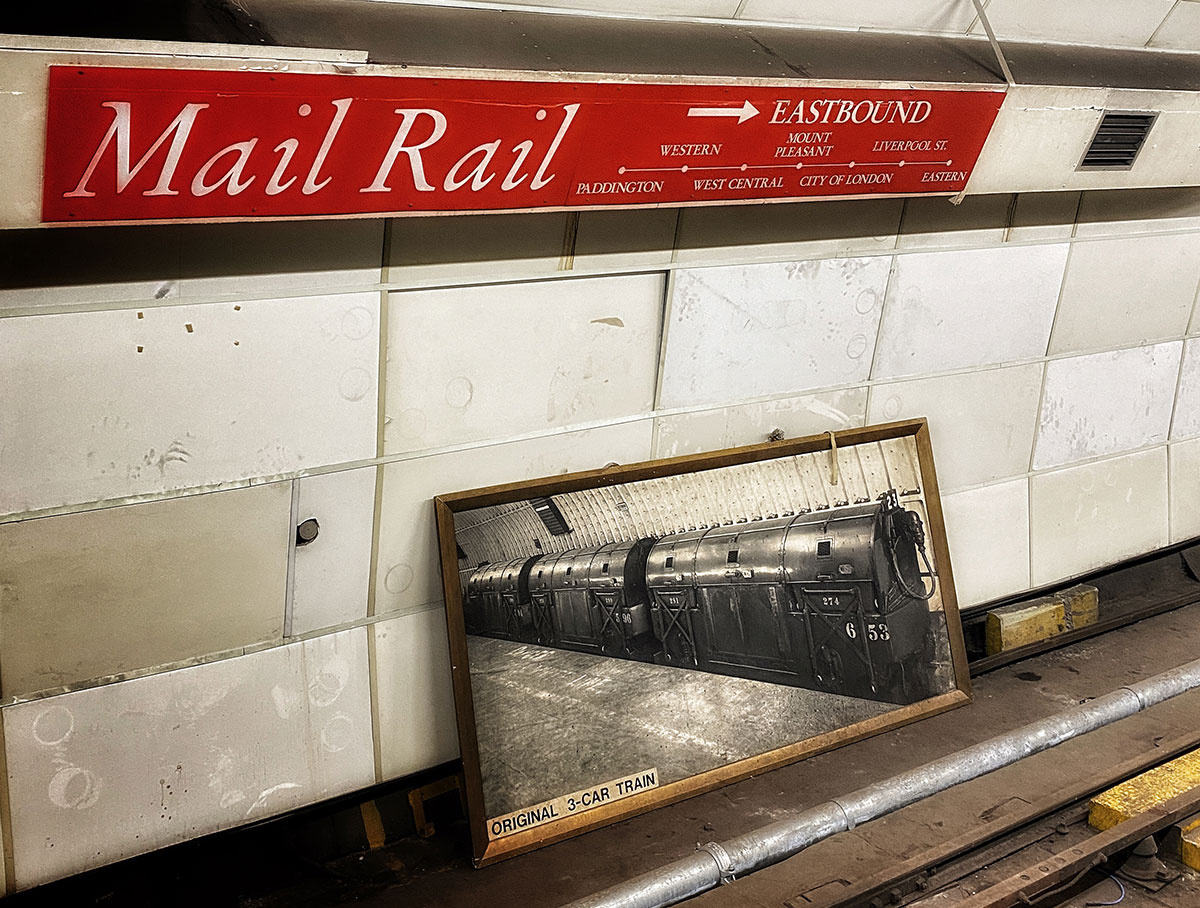 A framed photo of an old train sits underneath a station diagram.

Image Credit: All photos in this article were taken by the author with permission by the London Postal Museum. 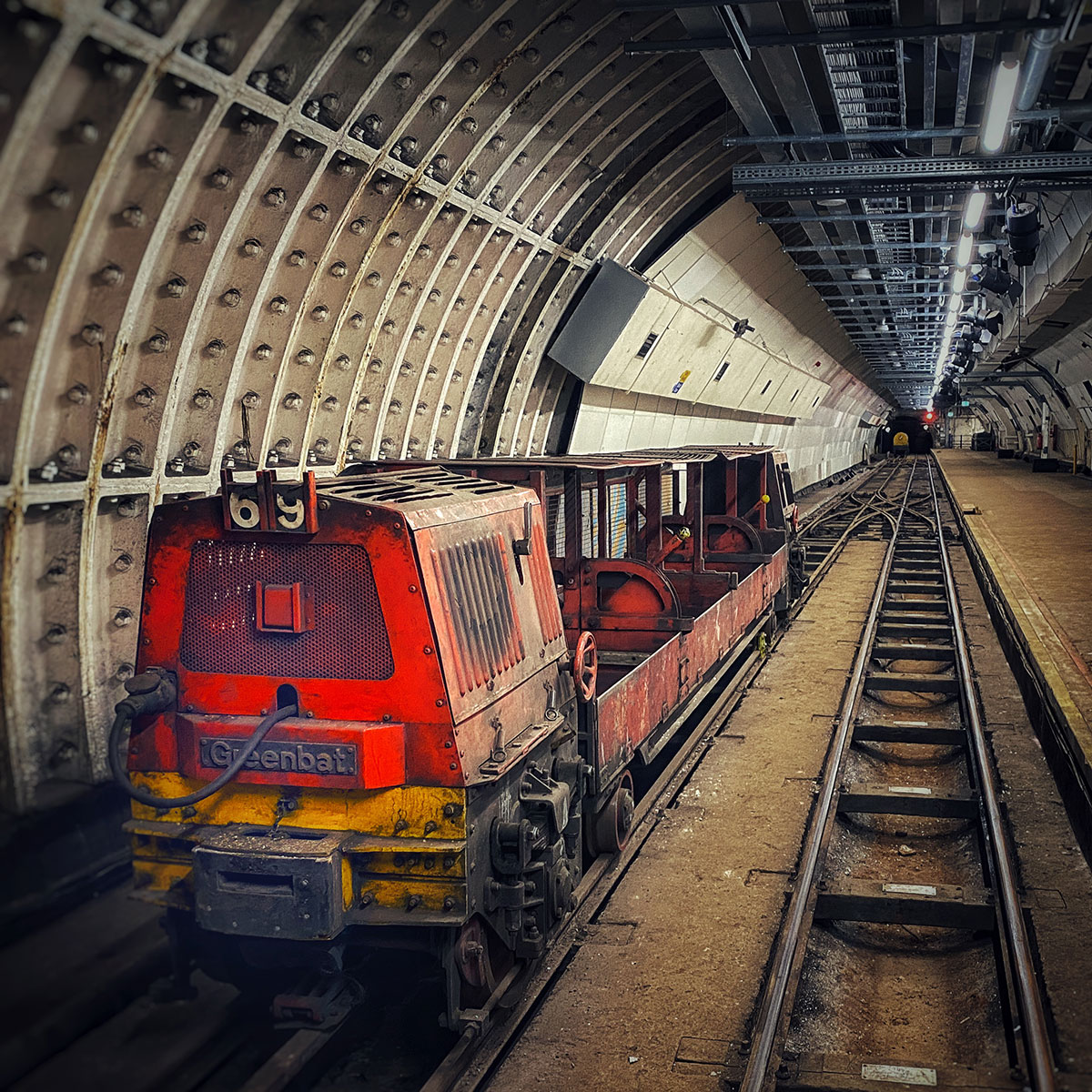 The red 69 Greenbat mail train, left as it was. 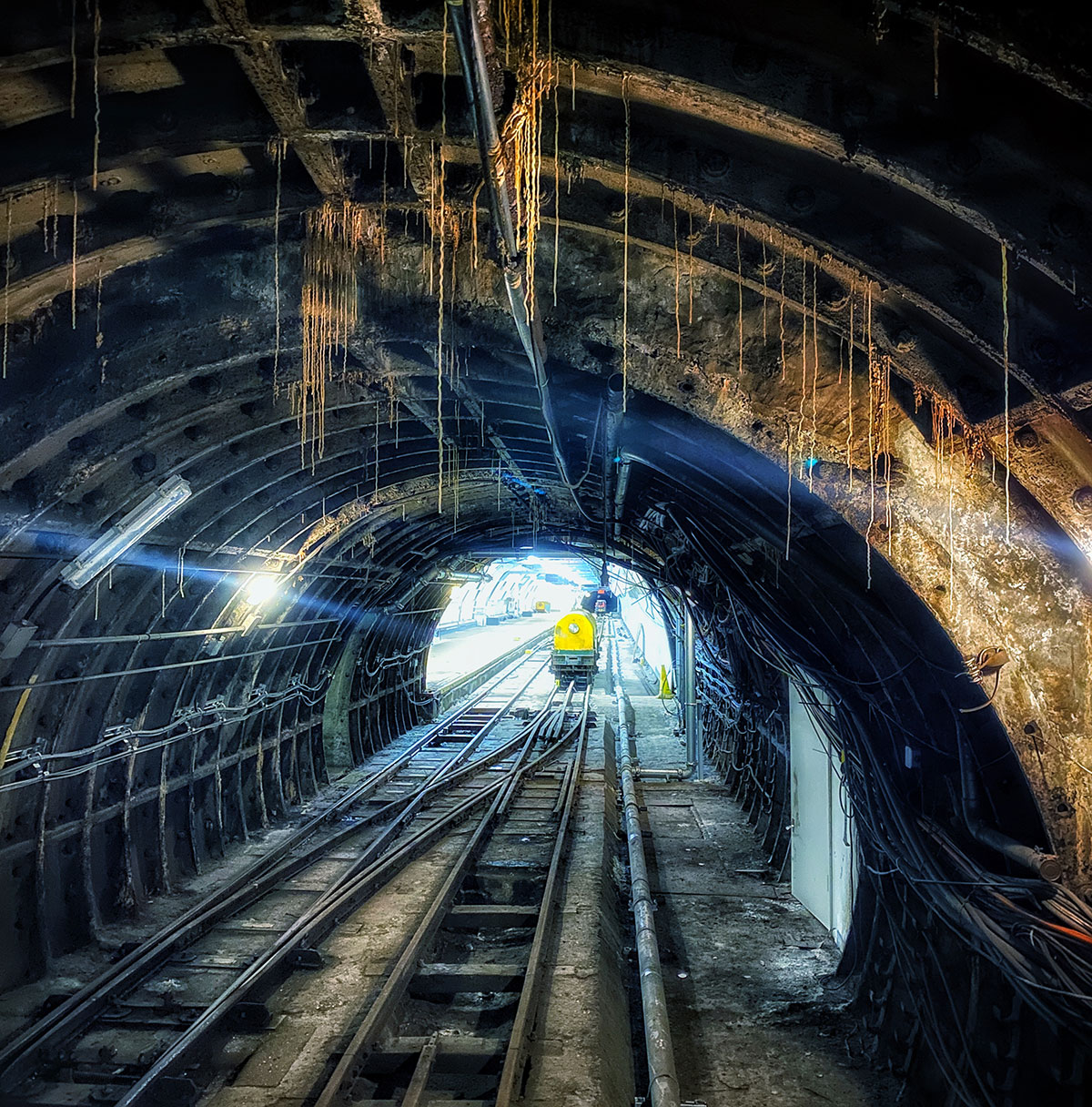 The ceilings of some tunnels are hung with stalactite like formations of minerals and bacteria. 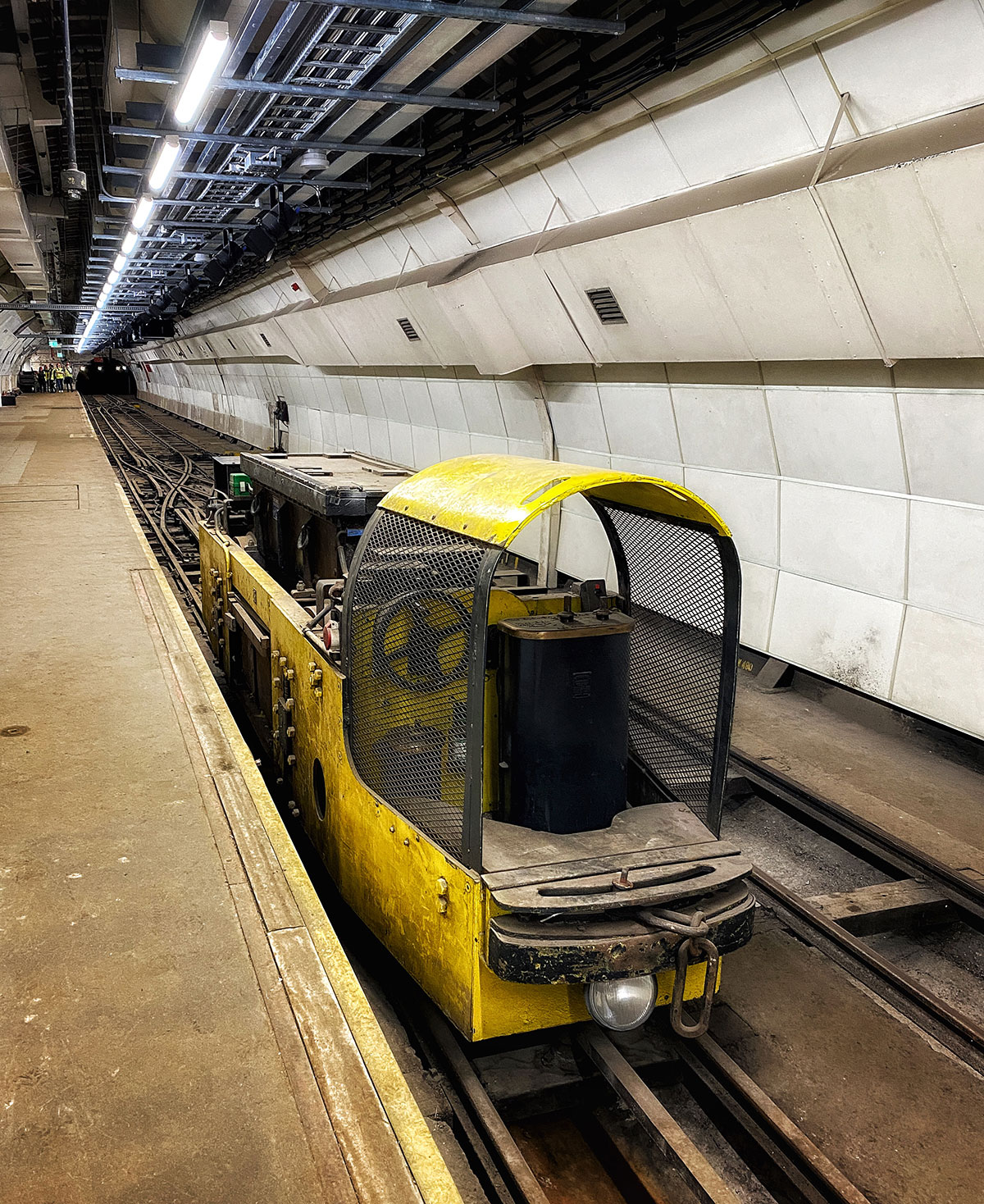 The Banana Train, which was used for delivering maintenance tools rather than post. 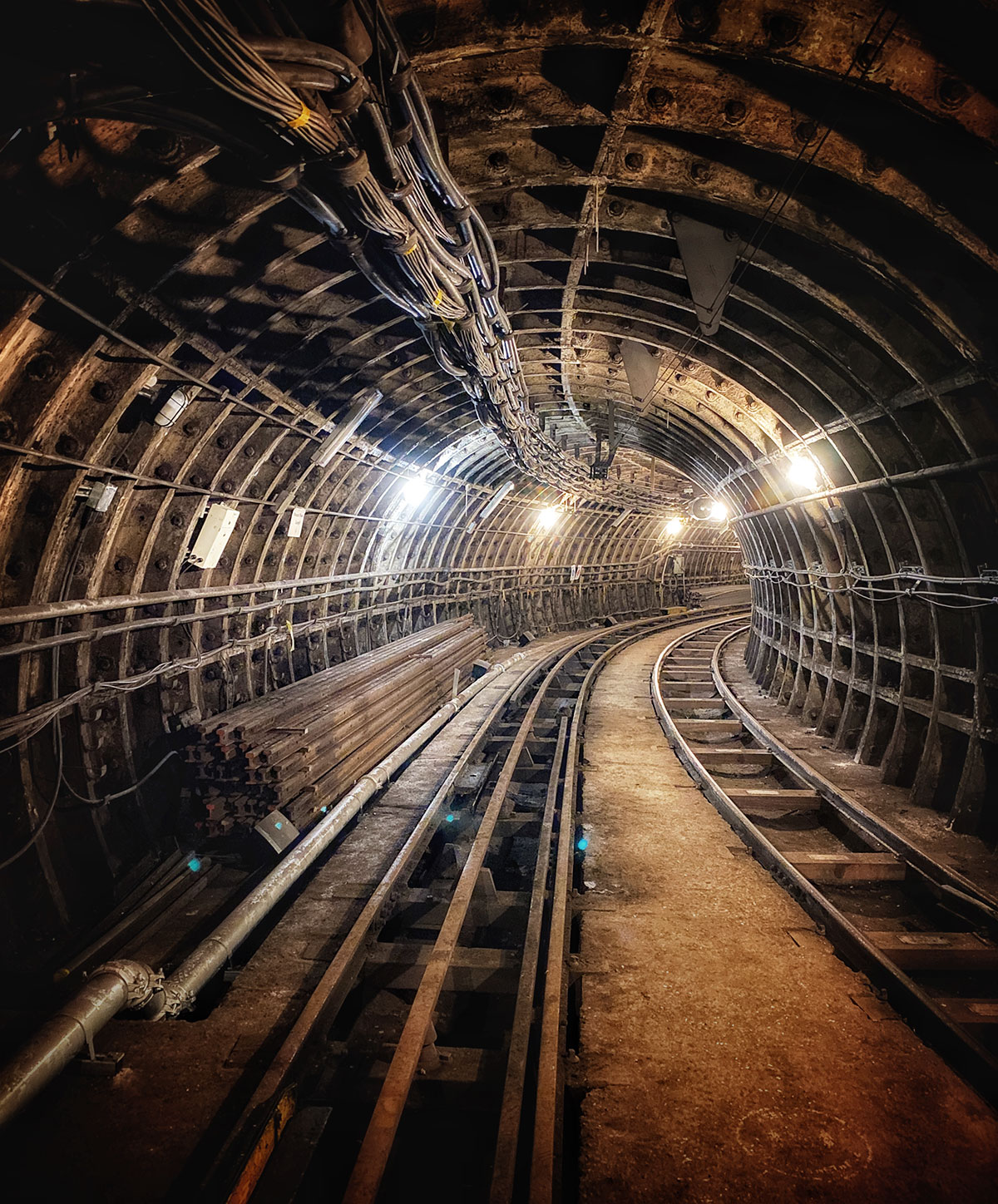 A view down the tunnel, with a large array of cables snaking overhead. 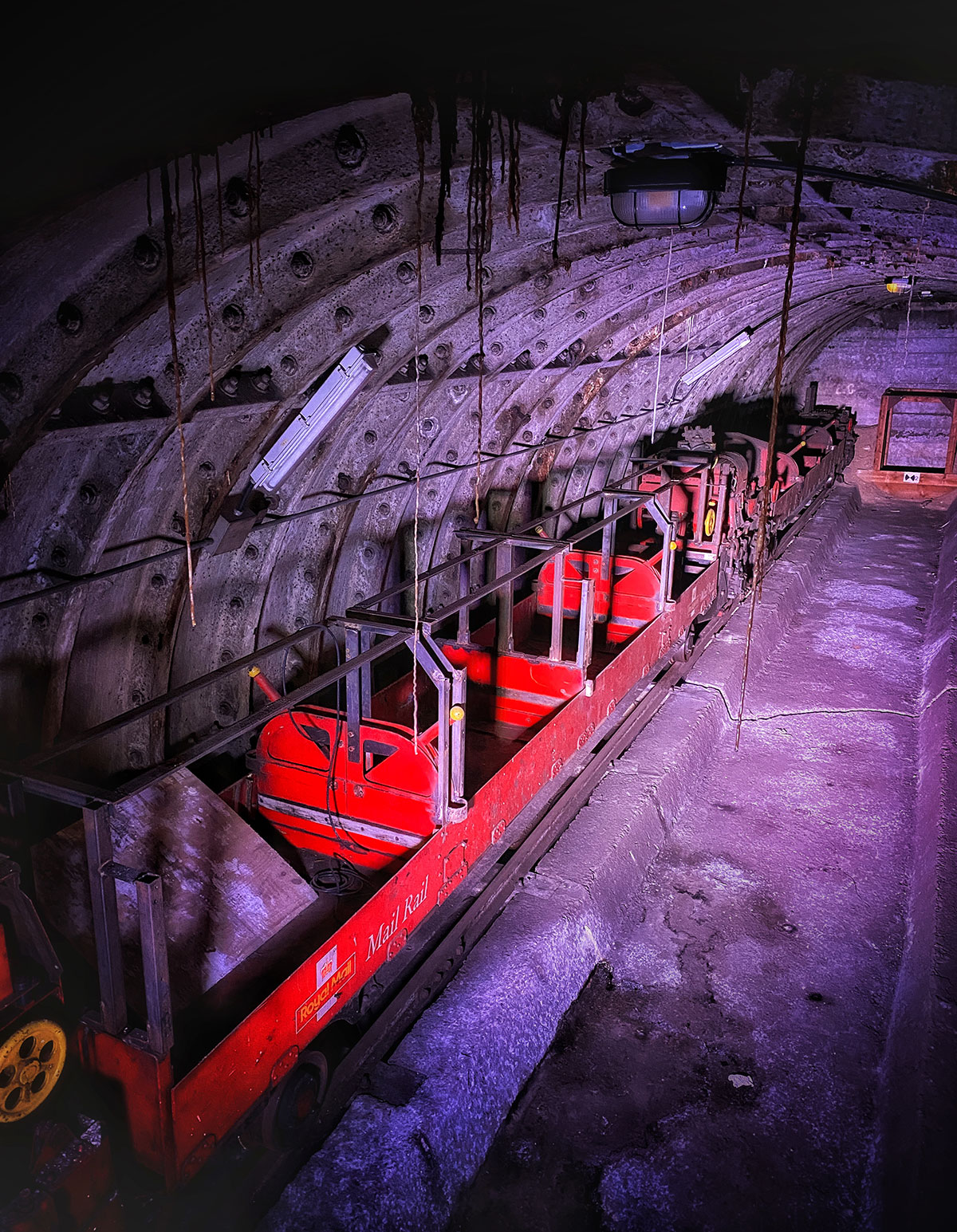 A depot for disused train – the Royal Mail logo is still clearly showing on the train sides. 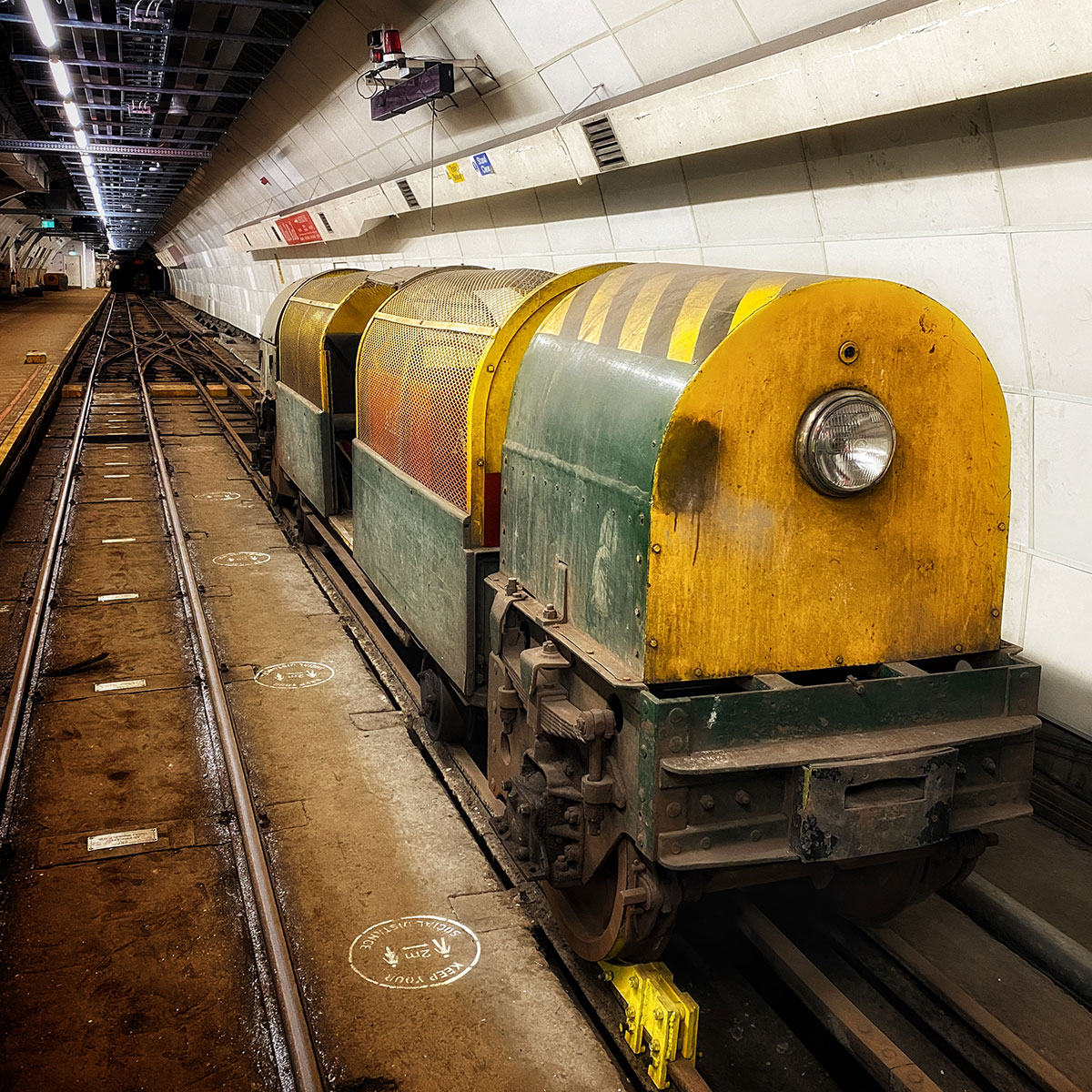 Another yellow train for carrying post through the network sits as it has been for nearly two decades.

Find out more about The Postal Museum