In Photos: What Happened at Chernobyl? | History Hit 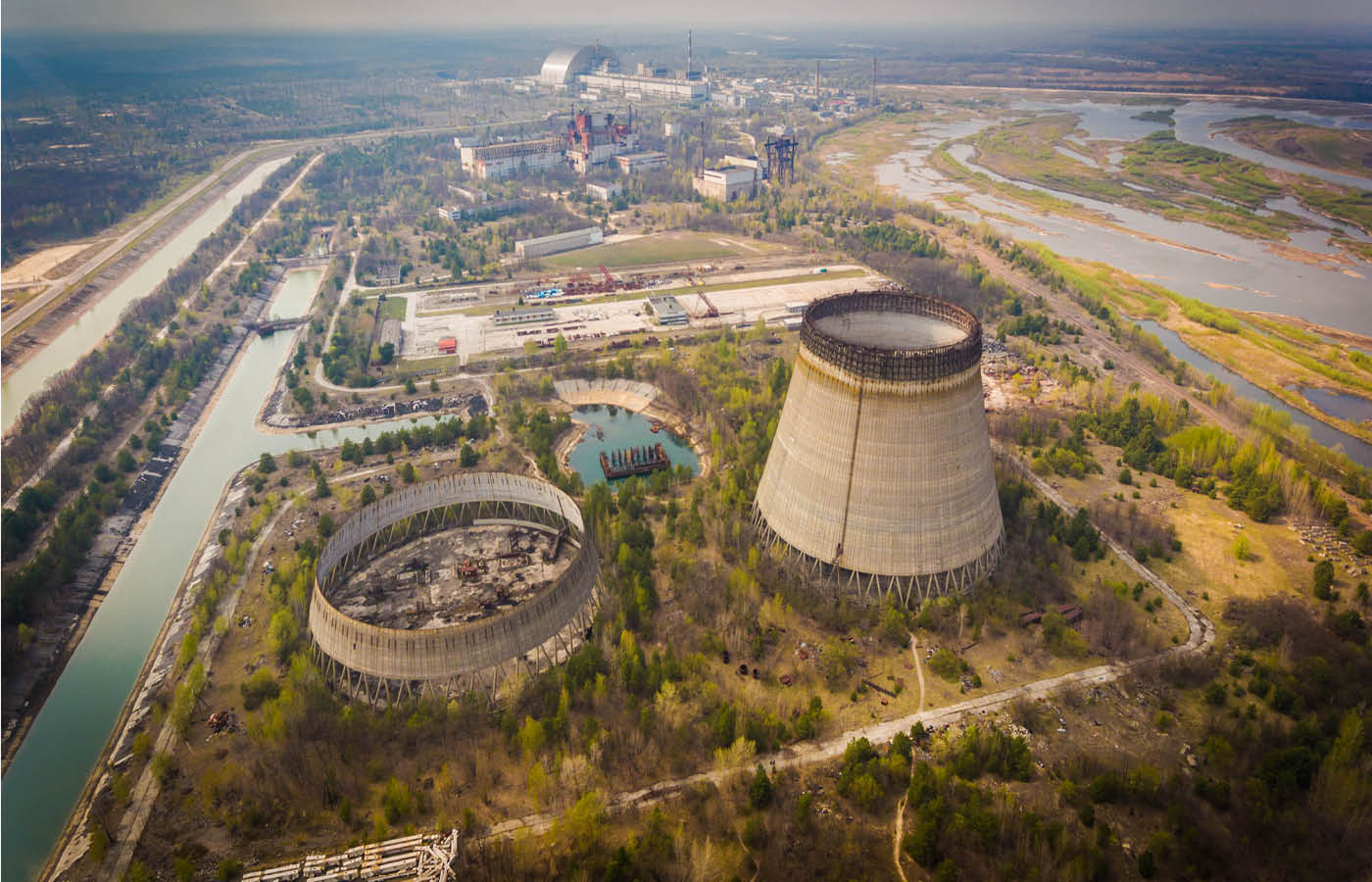 On 26 April 1986, a sudden power surge during a reactor system’s test destroyed Unit 4 of the nuclear power station in Chernobyl, Ukraine, in the former Soviet Union. Estimates suggest between 2 and 50 people died during or in the immediate aftermath of the initial explosion.

The incident and subsequent fire released enormous amounts of radioactive material into the environment which had a devastating impact on the surrounding area and its inhabitants.

In spite of efforts to minimise the damage, dozens of emergency workers and citizens in the area contracted serious radiation sickness and died. Additionally, an immeasurable number of deaths caused by radiation-induced illnesses and cancer occurred in the years afterwards, many animals were born deformed and hundreds of thousands of people had to evacuate their homes.

But what exactly happened at Chernobyl, and why does it still matter today? Here’s the story of the disaster, told in 8 striking photographs. 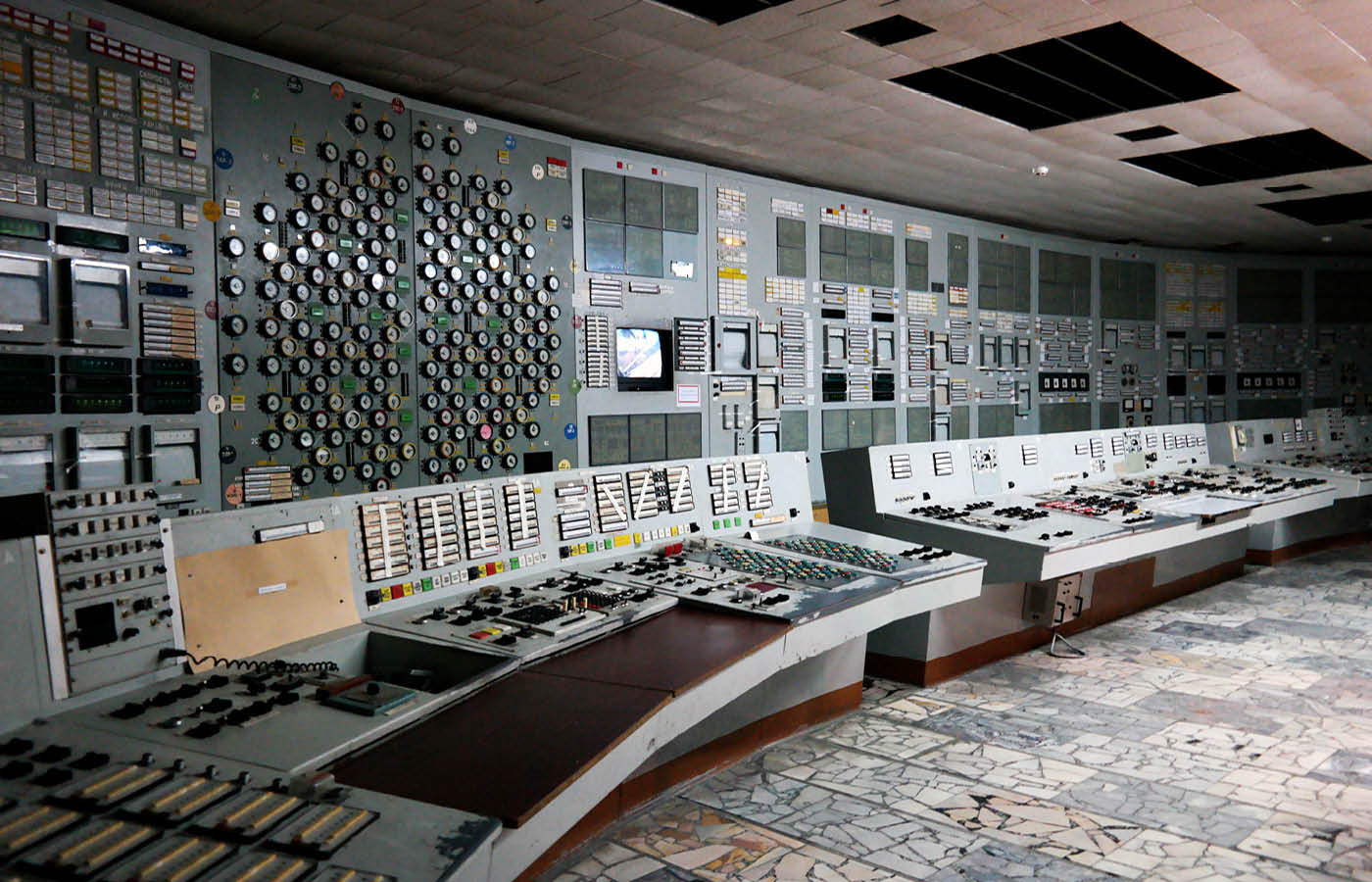 The Chernobyl power station was located around 10 miles northwest of the city of Chernobyl, around 65 miles outside of Kyiv. The station contained four reactors which were each capable of producing 1,000 megawatts of electric power. The station had become fully operational from 1977-1983.

The disaster occurred when technicians attempted a poorly-designed experiment. Workers shut down the reactor’s power-regulating and emergency safety systems, then withdrew most of the control rods from its core while allowing the reactor to run at 7% power. These mistakes were quickly compounded by other issues within the plant.

At 1:23 am, the chain reaction in the core was out of control and triggered a large fireball which blew off the heavy steel and concrete lid of the reactor. Combined with the ensuing fire in the graphite reactor core, large amounts of radioactive material were released into the atmosphere. A partial meltdown of the core also took place. 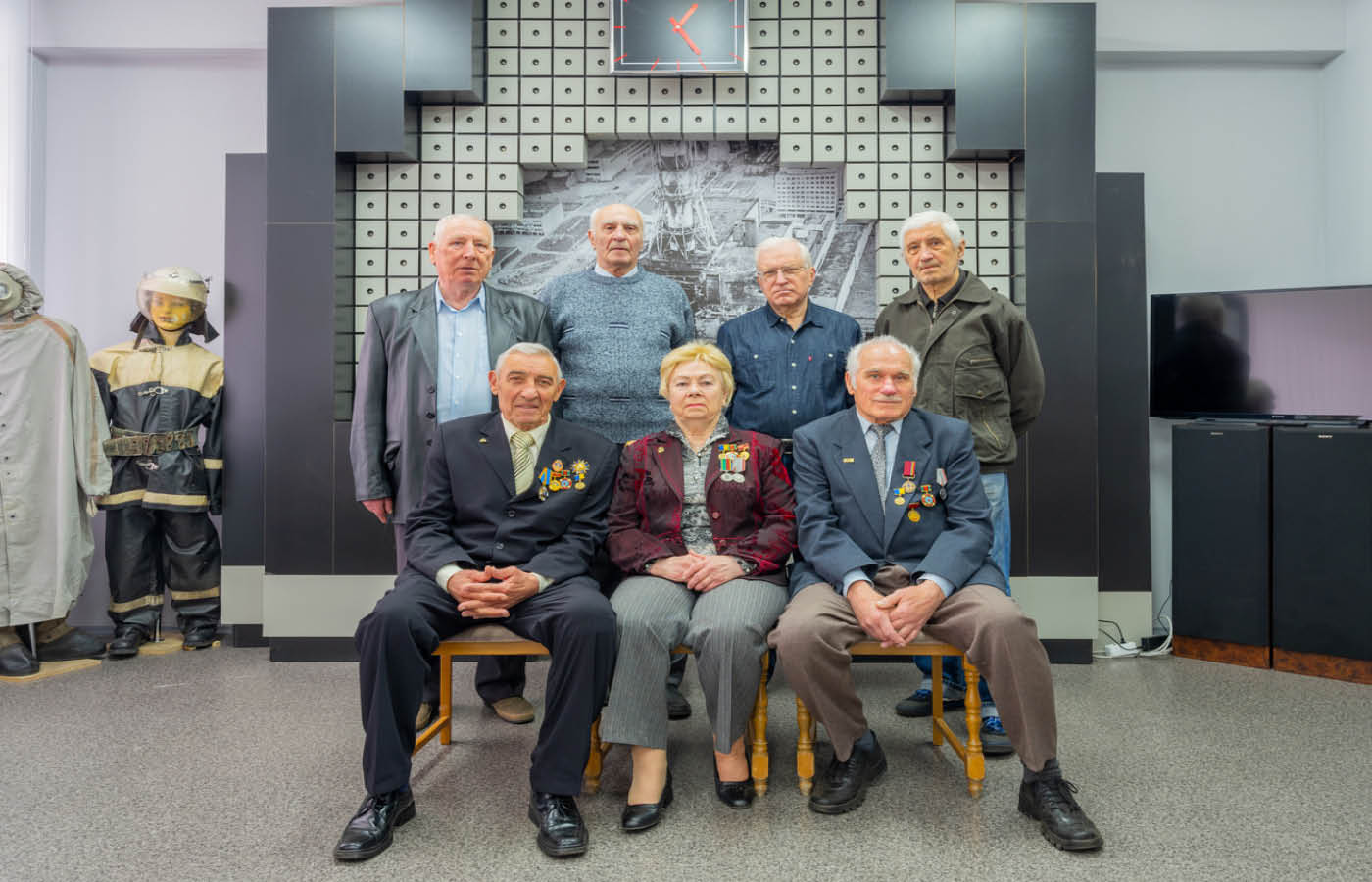 This photograph was taken at the Museum in Slavutych on the anniversary of the Chernobyl disaster. Each of the people worked to clean up the radioactive fall out and are collectively known as Liquidators.

After the accident, officials closed off the area within 30 kilometres of the plant. Emergency crews poured sand and boron from helicopters onto the reactor debris. The sand stopped the fire and additional release of radioactive material, while the boron prevented additional nuclear reactions.

A few weeks after the accident, emergency crews covered the damaged unit in a temporary concrete structure called the ‘sarcophagus’ which aimed to limit any further release of radioactive material.

The town of Pripyat was evacuated 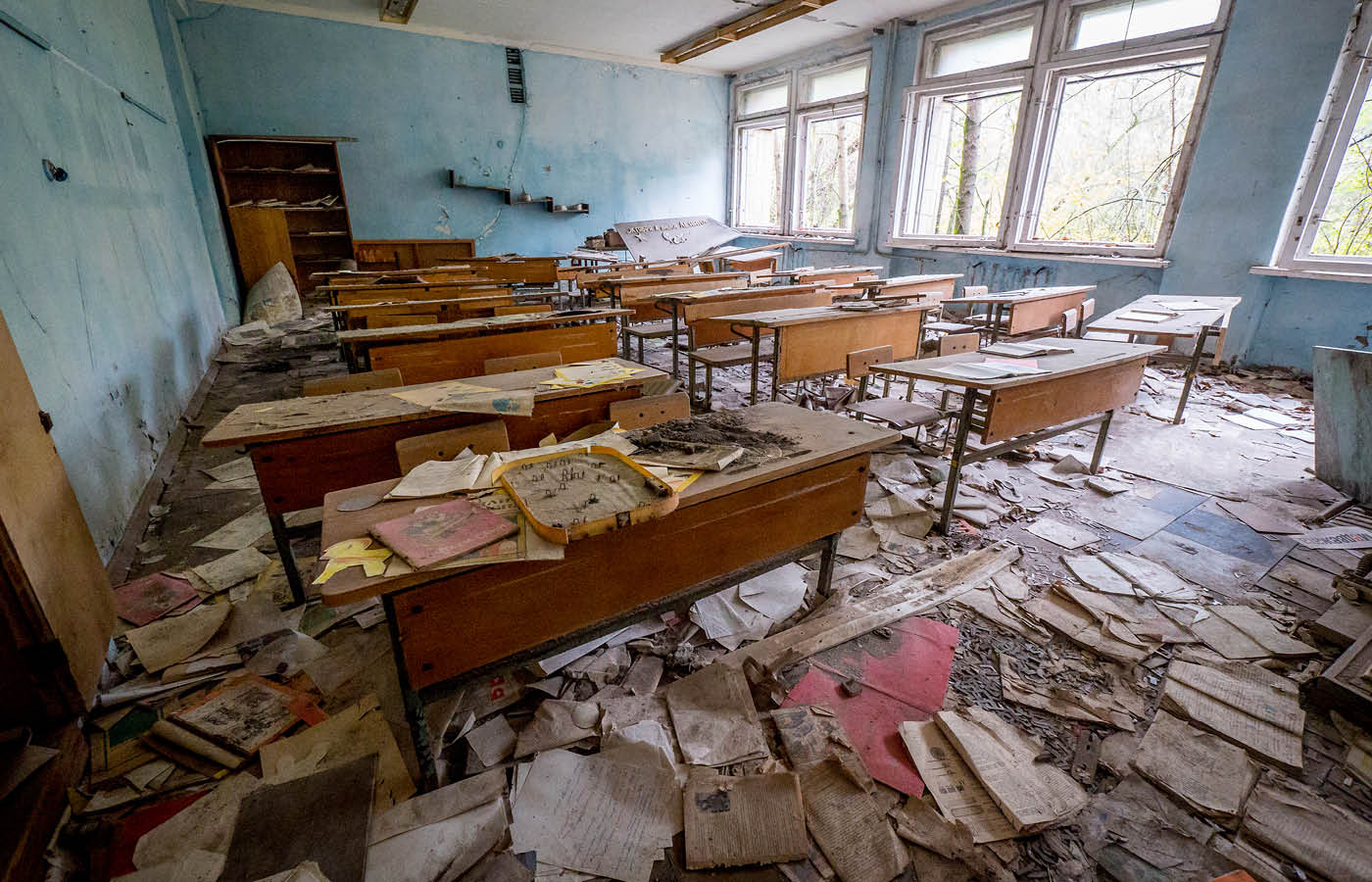 By 4 May, both the heat and radioactivity emitting from the reactor core were largely contained, though at great risk to the workers. The Soviet government destroyed and buried a square mile of pine forest near the plant to reduce radioactive contamination around the site, and radioactive debris was buried at some 800 temporary sites.

On 27 April, nearby Pripyat’s 30,000 inhabitants started to be evacuated. Overall, the Soviet (and later, Russian and Ukranian) governments evacuated around 115,000 people from the most heavily contaminated areas in 1986, and another 220,000 people in later years.

There was an attempted cover-up 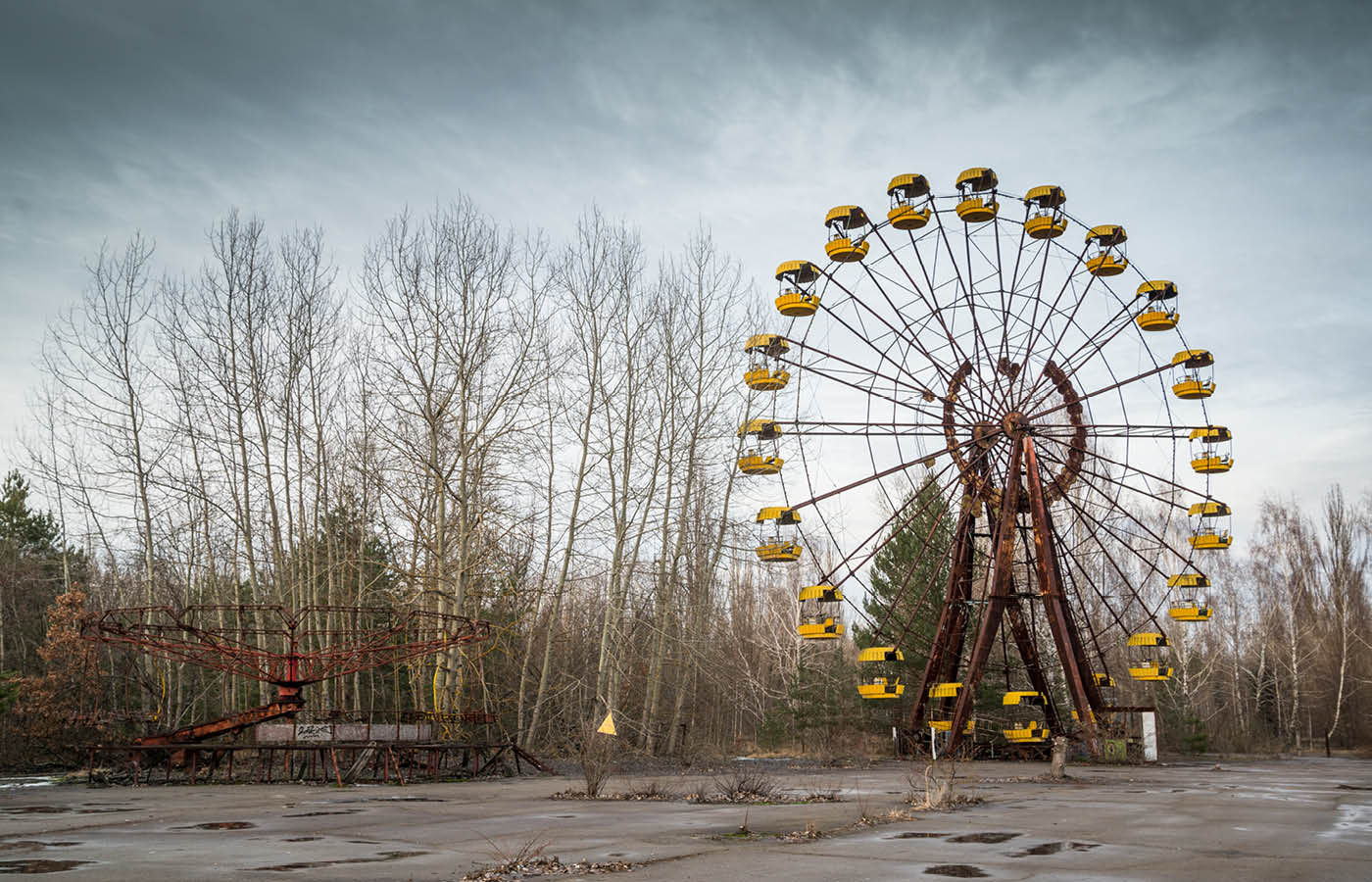 The Soviet government attempted to repress information about the disaster. However, on 28 April, Swedish monitoring stations reported abnormally high levels of wind-transported radioactivity and pushed for an explanation. The Soviet government admitted that there had been an accident, though minor.

Even locals believed that they might be able to return to their homes after a period of evacuation. However, when the government began evacuating more than 100,000 people, the full scale of the situation was recognised, and there was an international outcry about potential radioactive emissions.

The only buildings kept open after the disaster were to be used by workers still involved with the clean-up effort, including the Jupiter Factory, which closed in 1996, and the Azure Swimming Pool, which was used for recreation by the workers and closed in 1998.

The health effects were severe 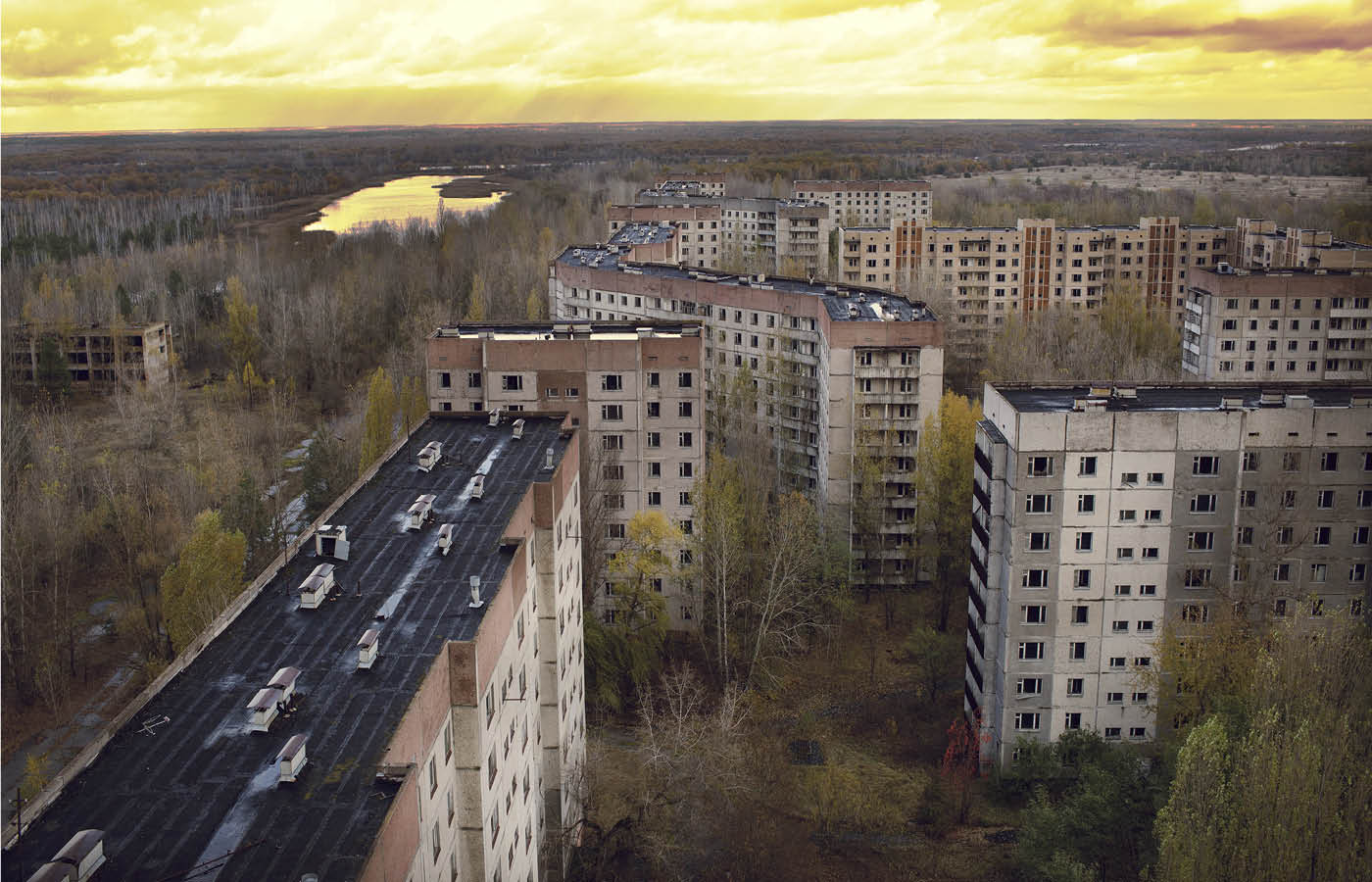 Blocks of flats in Chernobyl

Between 50 and 185 million curies of radioactive forms of chemical elements were released into the atmosphere, which was several times more radioactivity than the atomic bombs dropped on Hiroshima and Nagasaki in Japan created. The radioactivity travelled through the air to Belarus, Russia and Ukraine and even reached as far west as France and Italy.

Millions of acres of forest and farmland were contaminated. In later years, many animals were born with deformities and among humans, many radiation-induced illnesses and cancer deaths were recorded. 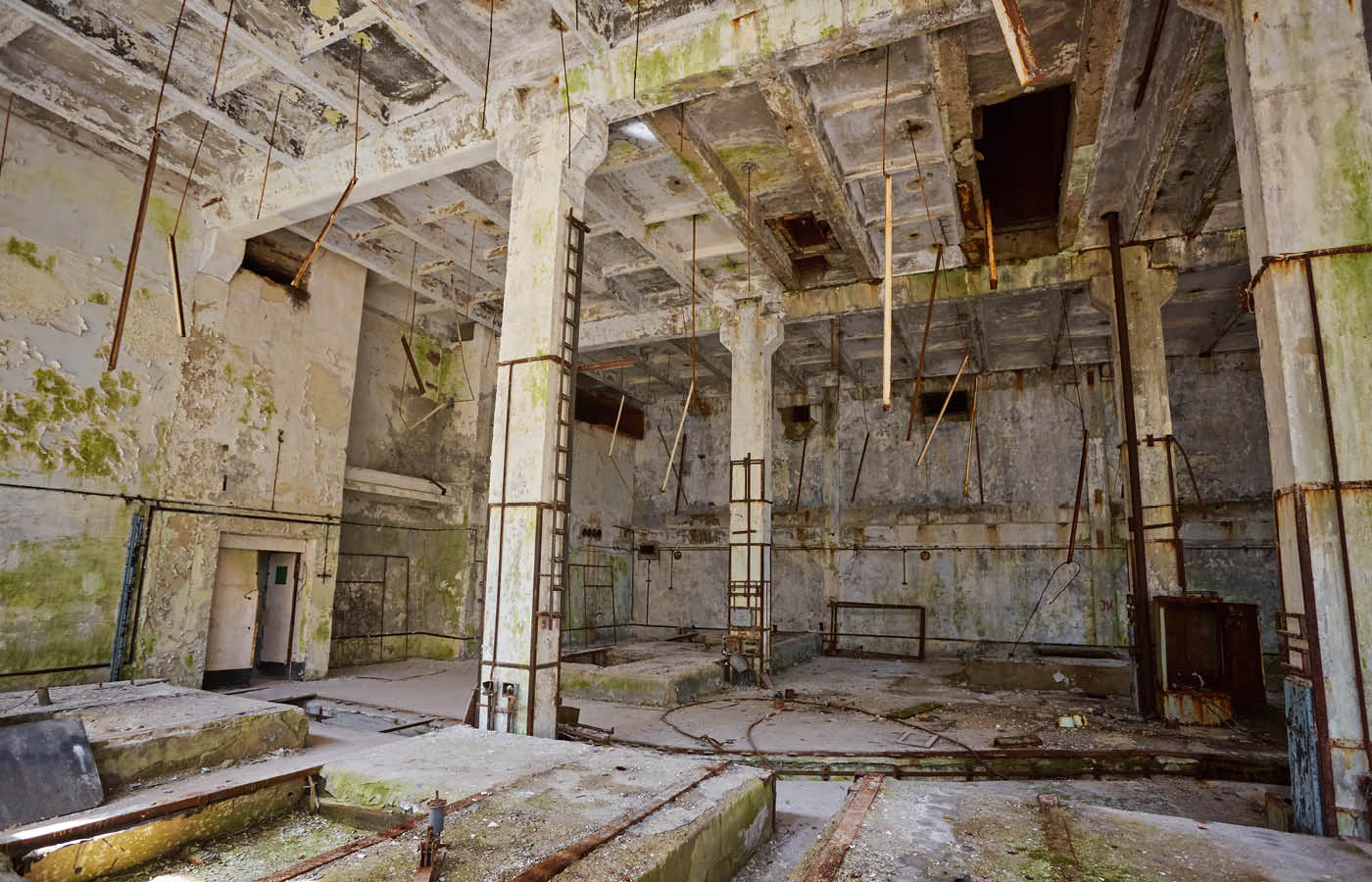 Many young people in the area in 1986 drank milk contaminated with radioactive iodine, which delivered significant radiation doses to their thyroid glands. To date, about 6,000 thyroid cancer cases have been detected amongst these children, though the majority have been successfully treated.

Clean-up activities eventually required around 600,000 workers, though only a small number were notably exposed to elevated levels of radiation.

There are still efforts to contain the disaster 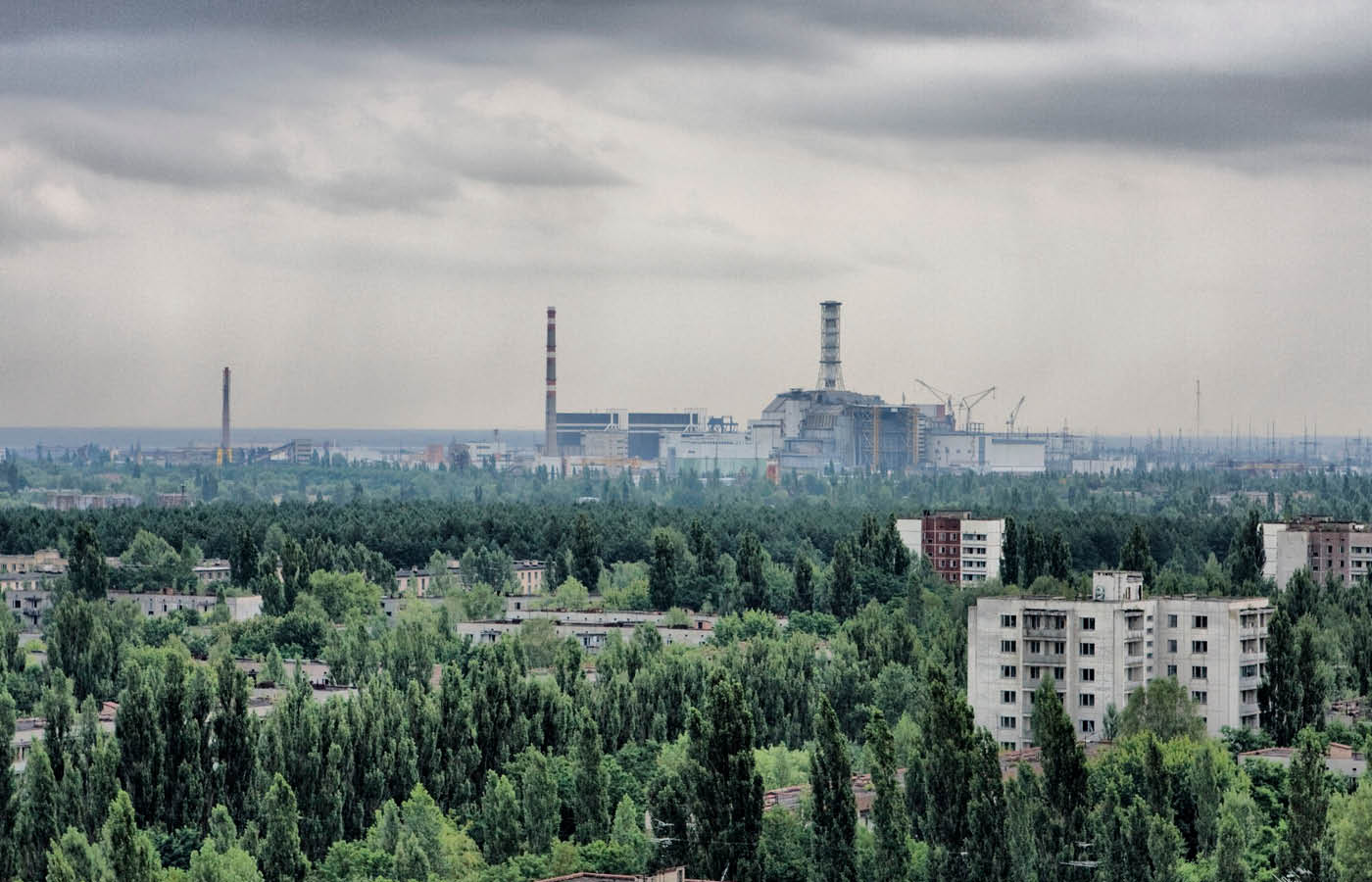 Following the explosion, the Soviet government created a circular exclusion zone with a radius of 2,634 square km around the power plant. It was later expanded to 4,143 square km to account for heavily radiated areas outside the initial zone. Though nobody lives in the exclusion zone, scientists, scavengers and others obtain permits that allow them access for a limited amount of time.

The disaster triggered criticism of unsafe procedures and design issues in Soviet reactors and prompted resistance to building more plants. The other three reactors at Chernobyl were subsequently restarted but, with a combined effort from the world’s seven largest economies (the G-7), the European Commission and Ukraine, were shut down for good by 1999.

A new confinement structure was placed over the reactor in 2019 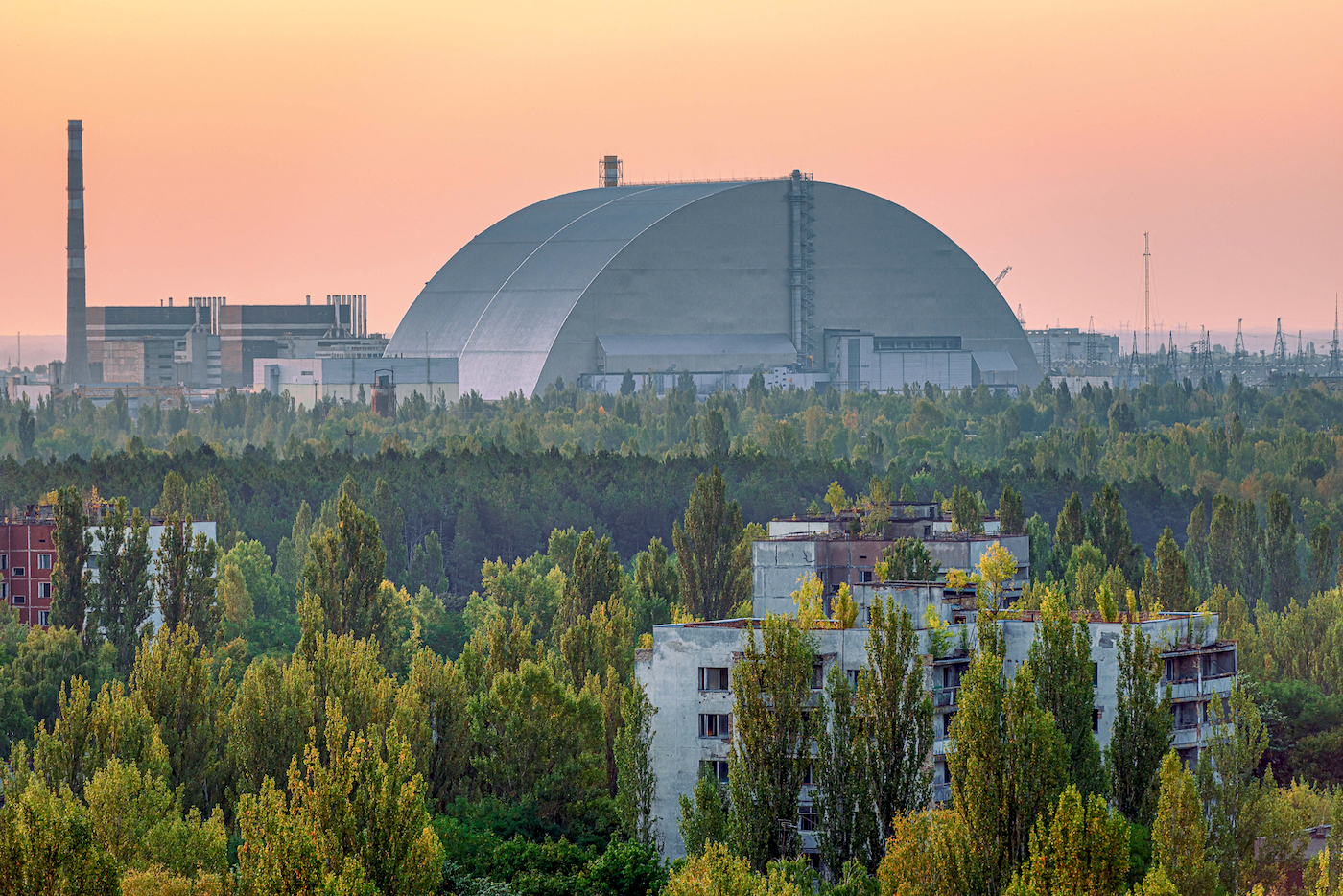 It was soon realised that the initial ‘sarcophagus’ structure was becoming unsafe due to high levels of radiation. In July 2019, a New Safe Confinement structure was placed over the existing sarcophagus. The project, which was unprecedented in its size, engineering and expense, is designed to last at least 100 years.

The memory of the terrible events of Chernobyl, however, will last much longer.