Under the Sea: Photos of 5 Sunken Cities in the Mediterranean | History Hit 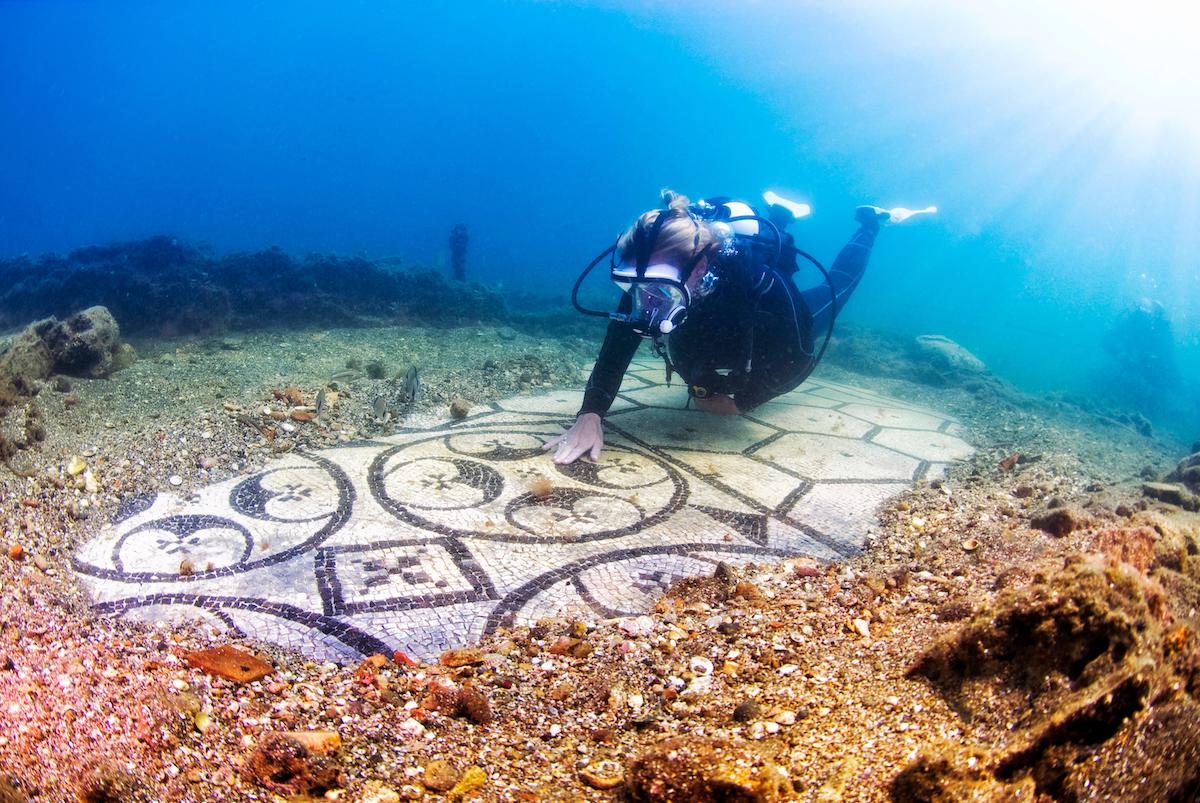 Flood myths are common across the globe. But to find settlements that were conquered by the sea, you needn’t scour the stories of Plato’s Atlantis, the biblical flood or the legend of Vaivasvata Manu. Over the years, a whole host of real ancient cities have sunk beneath the waves, only to be discovered by archeologists several centuries later.

In a way, these sunken cities are even more impressive than the much-fabled sunken city of Atlantis or the lost continent of Mu, because the settlements on our list are actually real. They were occupied by living, breathing humans, going about their day-to-day activities hundreds and sometimes thousands of years ago.

Here is a unique glimpse into 5 Mediterranean sunken cities. 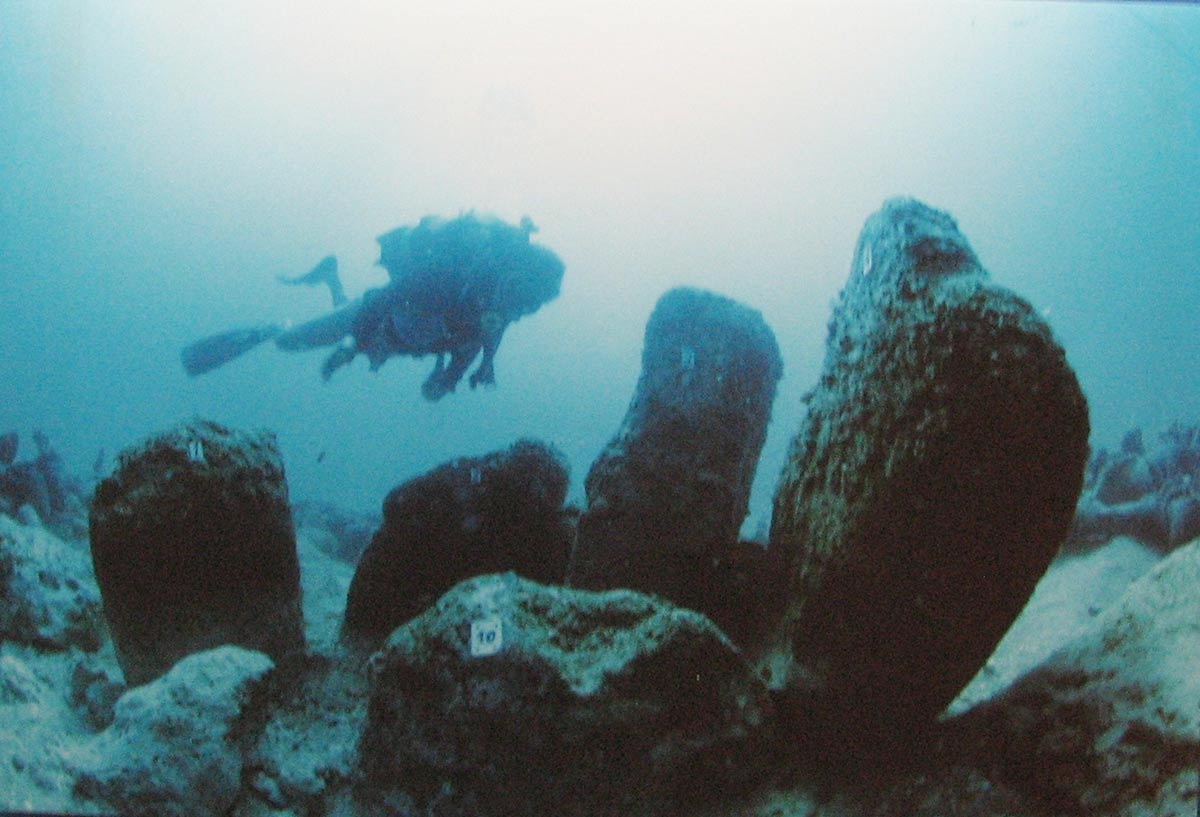 The oldest entry in our list, the settlement of Atilt Yam was founded approximately between 8900-8300 years ago. Excavations started in the 1960s and have since then uncovered over a dozen human skeletons, stone tools, multiple houses, a well and most strikingly a stone circle. The site was submerged underneath 10m of water following a eustatic rise of the ocean’s sea levels at the end of the last Ice Age. 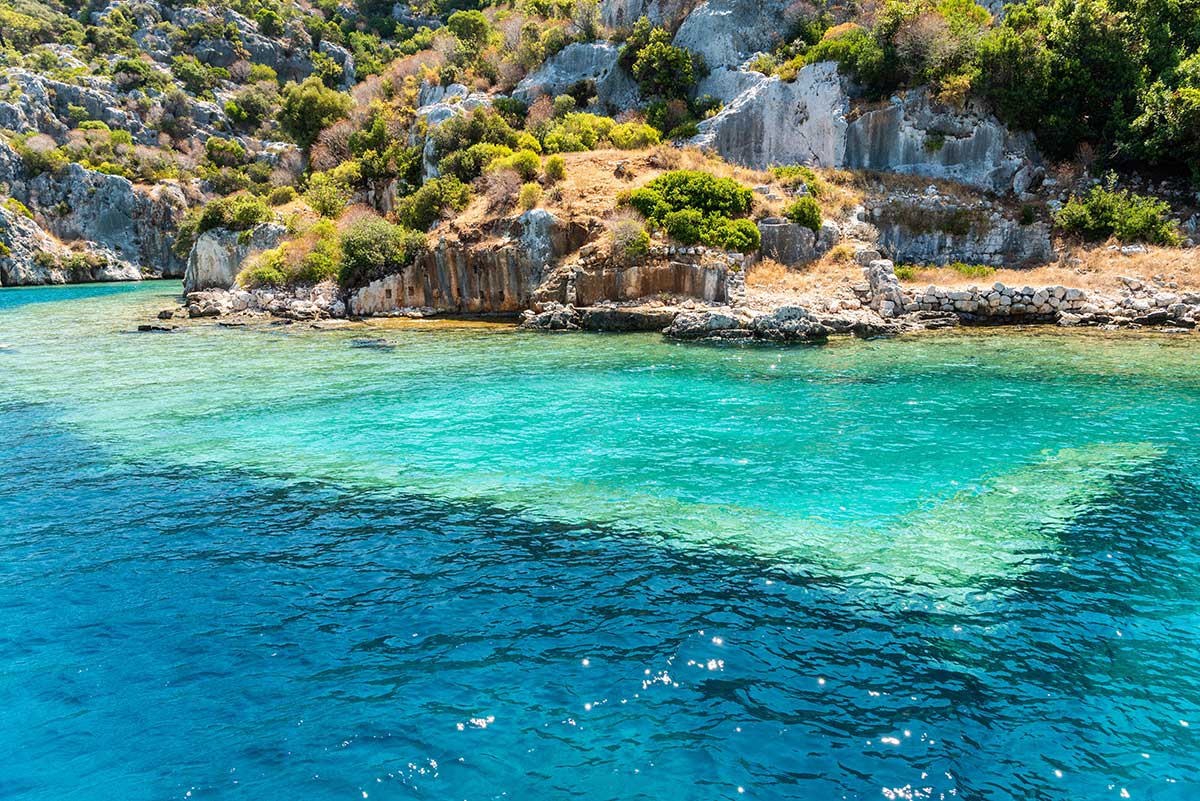 This partially drowned ancient Lycian settlement can be found in modern-day Turkey, on the northern side of the island of Kekova. The site has some magnificent Byzantine ruins above sea level, while some of its older elements can be found below water. Parts of the city sank into the Mediterranean due to an earthquake in the 2nd century AD. The settlement was completely abandoned because of the threat of Arab invaders during the Byzantine era. 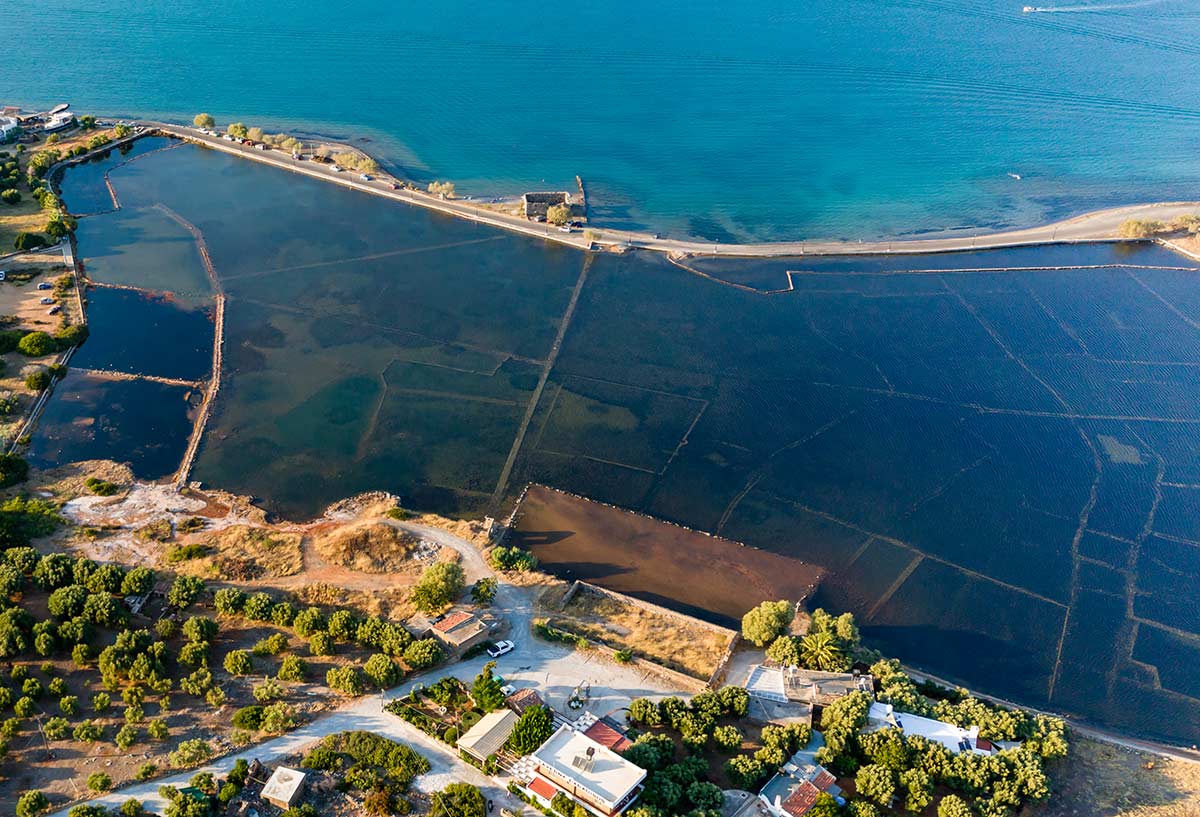 Aerial view of the walls of the sunken ancient city of Olous in Elounda, Crete

Situated near the small Creteian town of Elounda is the elusive ancient Greek city of Olous. Most of the artefacts uncovered there date from the Hellenic period, though the oldest signs of settlement date back approximately to the 8th century BC. Olous survived to the Roman period, before being submerged in the 2nd century AD. The most likely cause for this was a local shift caused by an earthquake. Currently, only the foundations of past buildings are visible to modern observers. 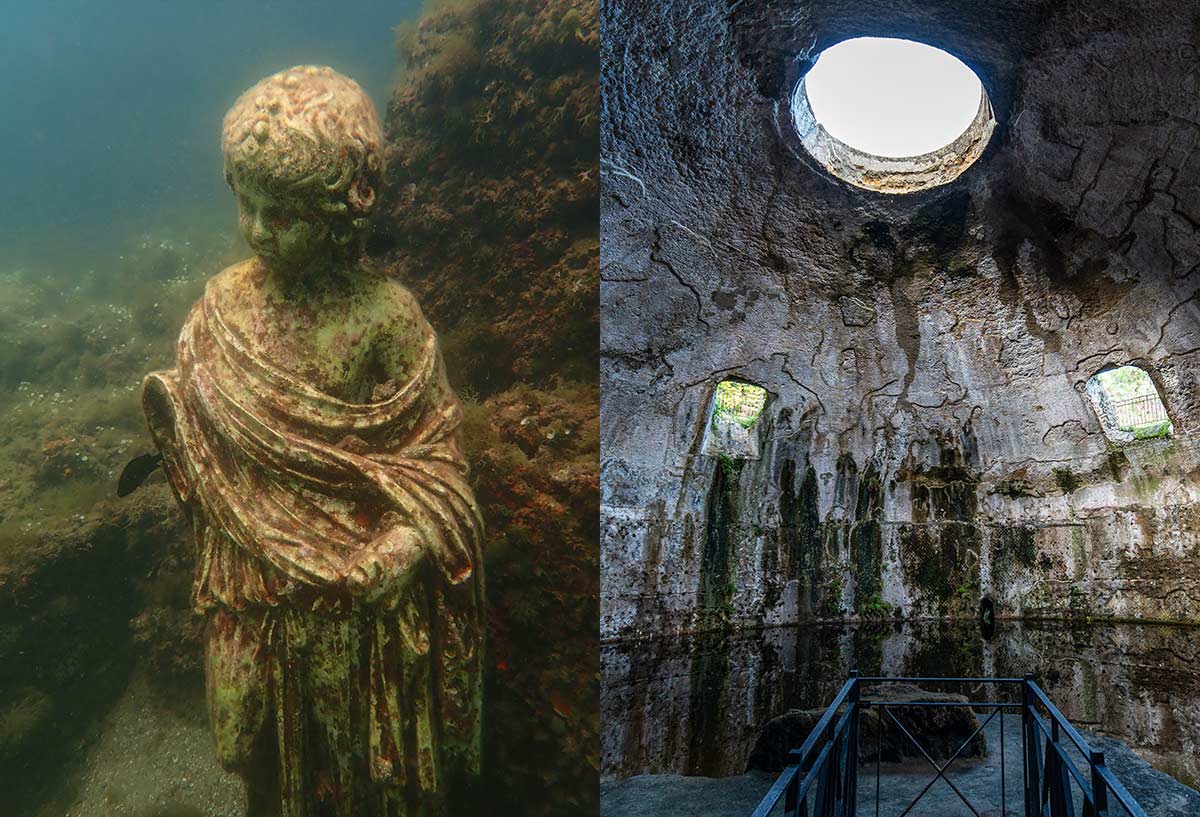 Statue of a young boy, located off the coast of Baiae, Italy (left); The big dome of the so-called “Temple of Mercury” at Baia archaeology park, which was a thermal bath during the Roman period (right)

The ancient Roman town of Baiae is located on the northwestern shore of the Gulf of Naples. The upper part of the settlement is still standing above water, with many of its ruins surviving to the present day. The lower half of the town, however, sits 100m beneath the Mediterranean waves – the victim of volcanic activity. During its heyday, Baiae was a popular Roman resort town with many magnificent villas, including Caesar’s and Nero’s.

The upper part of Baiae survived the fall of the Western Roman Empire, but it was heavily damaged by Muslim raiders in the 8th century AD. The town was completely deserted after a wave of malaria in 1500. 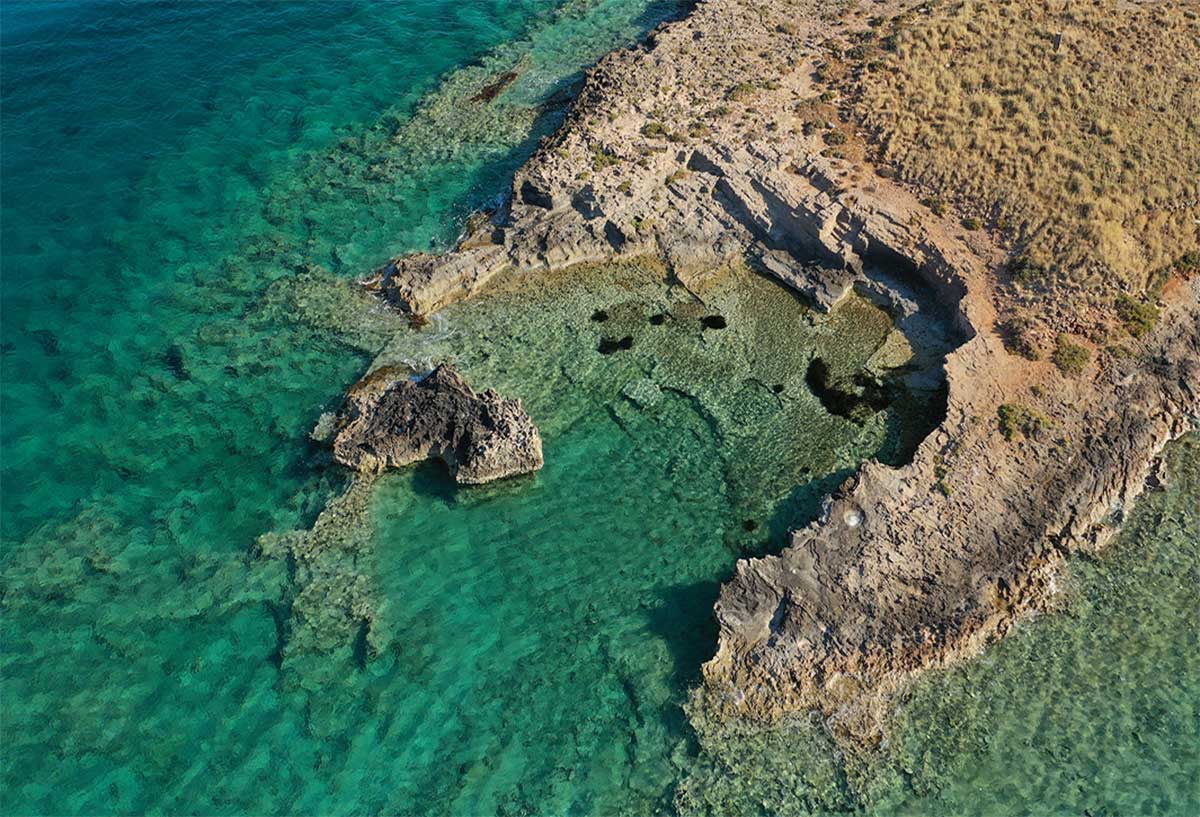 Aerial drone photo of Pavlopetri, near the popular Pounta beach and Elafonisos island

The sunken city of Pavlopetri is located in southern Greece, opposite the island of Elaphonisos. Archeologists have uncovered a relatively large town there, originally thought to have been from the Mycenaean period. Further excavations have dated the town back to around 5000 years to the Minoan period.

It is believed that the settlement was submerged around 3000 years ago, most likely caused by a series of earthquakes. The site is unique for its well-preserved ruins, having an almost complete town plan. Archeologists have been able to determine streets, outlines of buildings and tombs in this ancient sunken city.