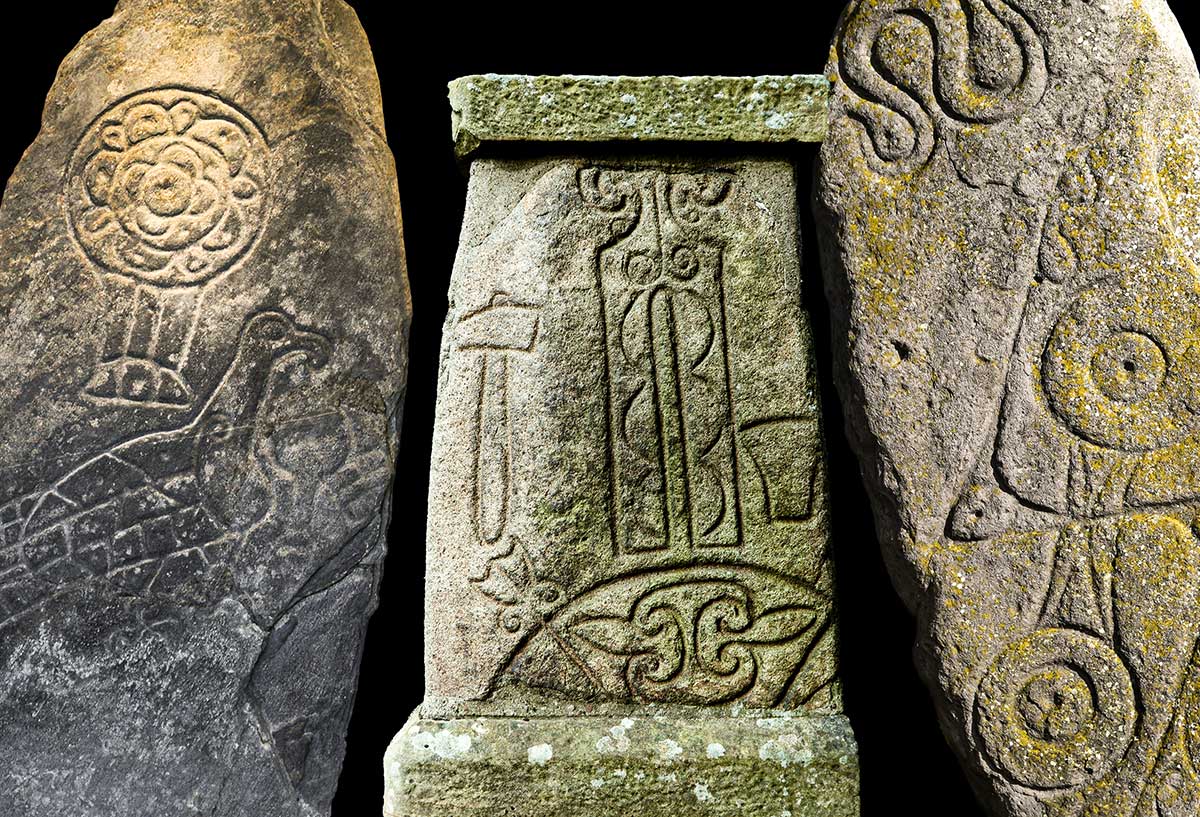 During the 1st century AD, the might of Rome was marching over the British Isles. Legions were conquering one tribe after another, bringing areas of modern day England and Wales under the influence of the eternal city. But there was one exception to this onslaught – Northern Britain. In the beginning the tribes living in those areas were known to the Romans as Caledonians, but in 297 AD the writer Eumenius coined the term ‘Picti’ for the first time. They managed to dwarf Rome’s dreams of subduing the whole island. The origin of the Picts has been a topic of speculation for centuries, with some chronicles believing they originated from Scythia – an ancient land that covered much of the Eurasian steppe. It seems that their language was a Celtic one, closely related to Breton, Welsh and Cornish.

The word Picti is most commonly thought to have its origins in the Latin word pictus meaning ‘painted’, referencing the supposed Pictish tattoos. An alternative explanation for the origin of the word states that the Roman word comes from a native Pictish form.

One of the most enduring legacies that we have from the Picts are their intricately carved stones that are dotted across the Northern Scottish landscape. The earliest of these were created during the pre-Christian 6th century, while others were created after the new faith took hold in the Pictish heartland. The oldest ones depicted everyday items, animals and even mythical beasts, while crosses became a more prominent motif in the coming centuries, eventually completely replacing the ancient symbols. Unfortunately little is known of the original purpose of these beautiful stones.

Come and explore some amazing images of these beautiful Pictish stones. 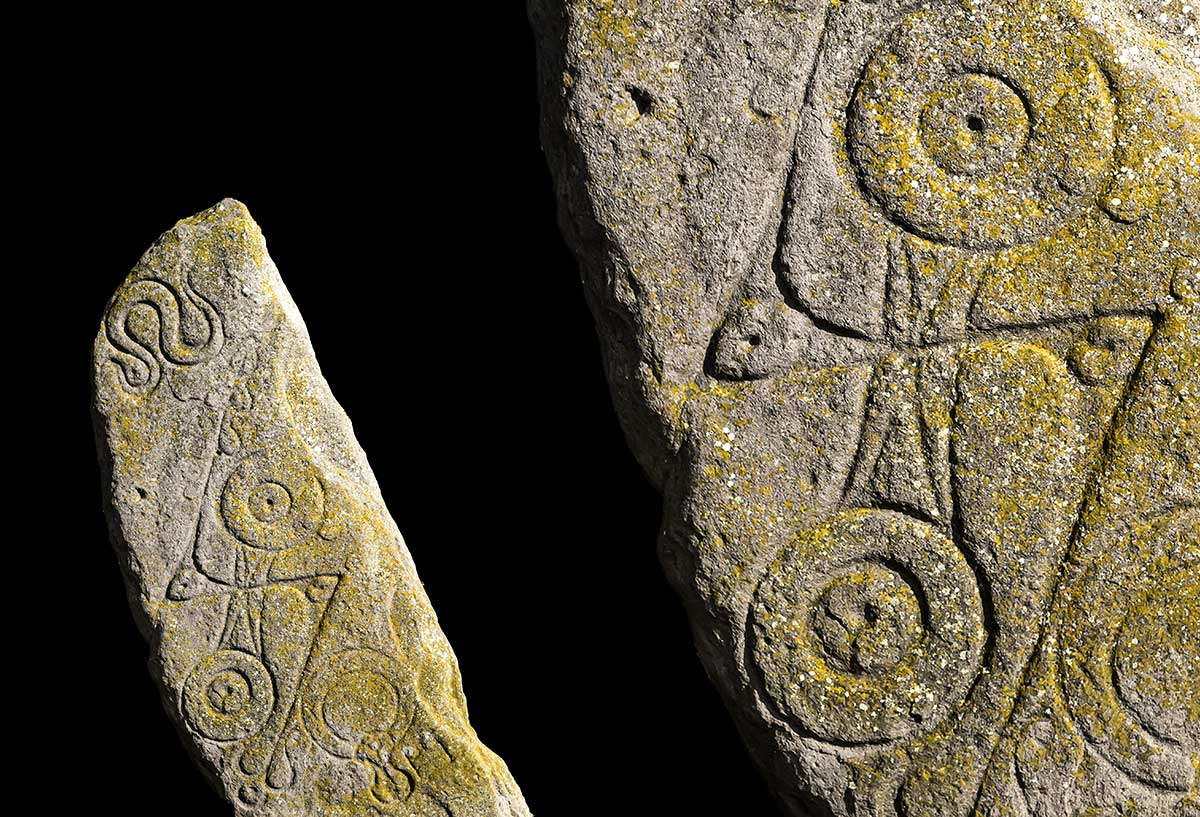 One of the Aberlemno Pictish Stones in Scotland

Most of these truly unique examples of craftsmanship can be found in the North-Eastern parts of Scotland. There are roughly 350 stones that are thought to have Pictish connections. 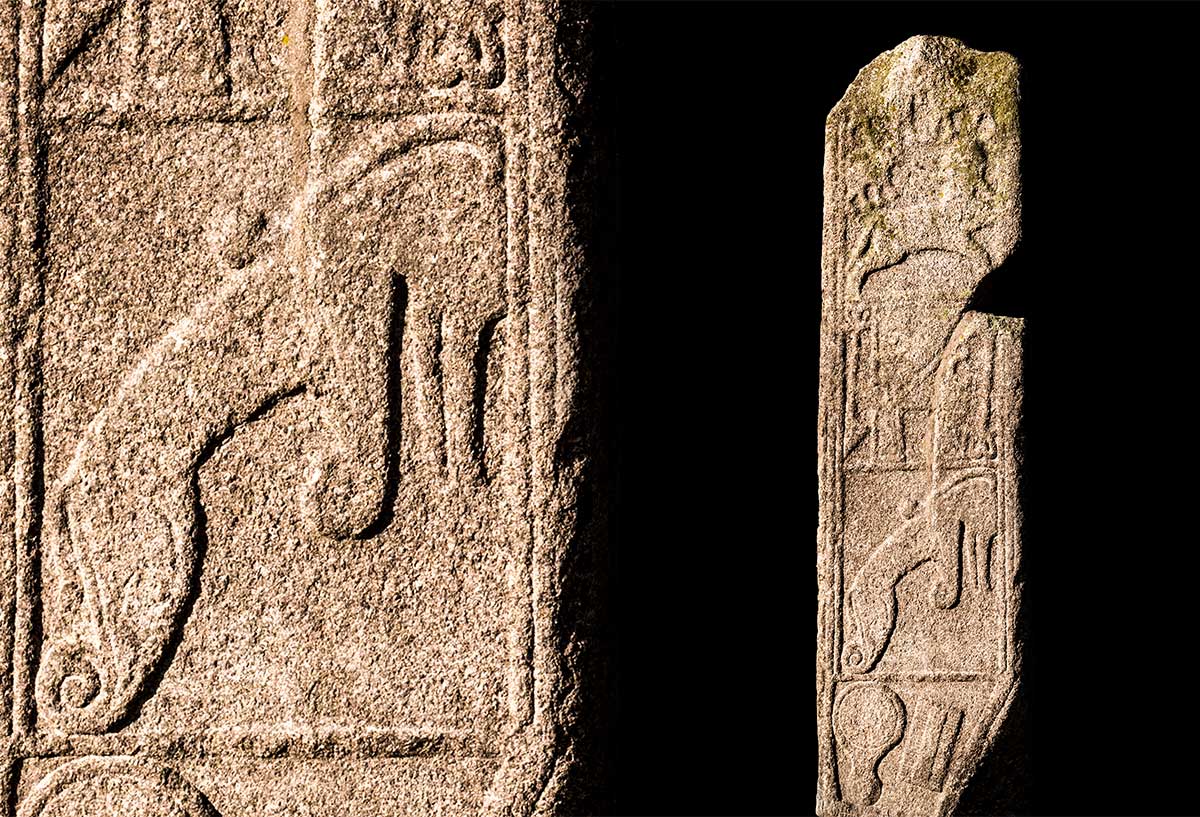 Little is known of why the earliest stones were erected, though later Christian iterations were often used as gravestones. 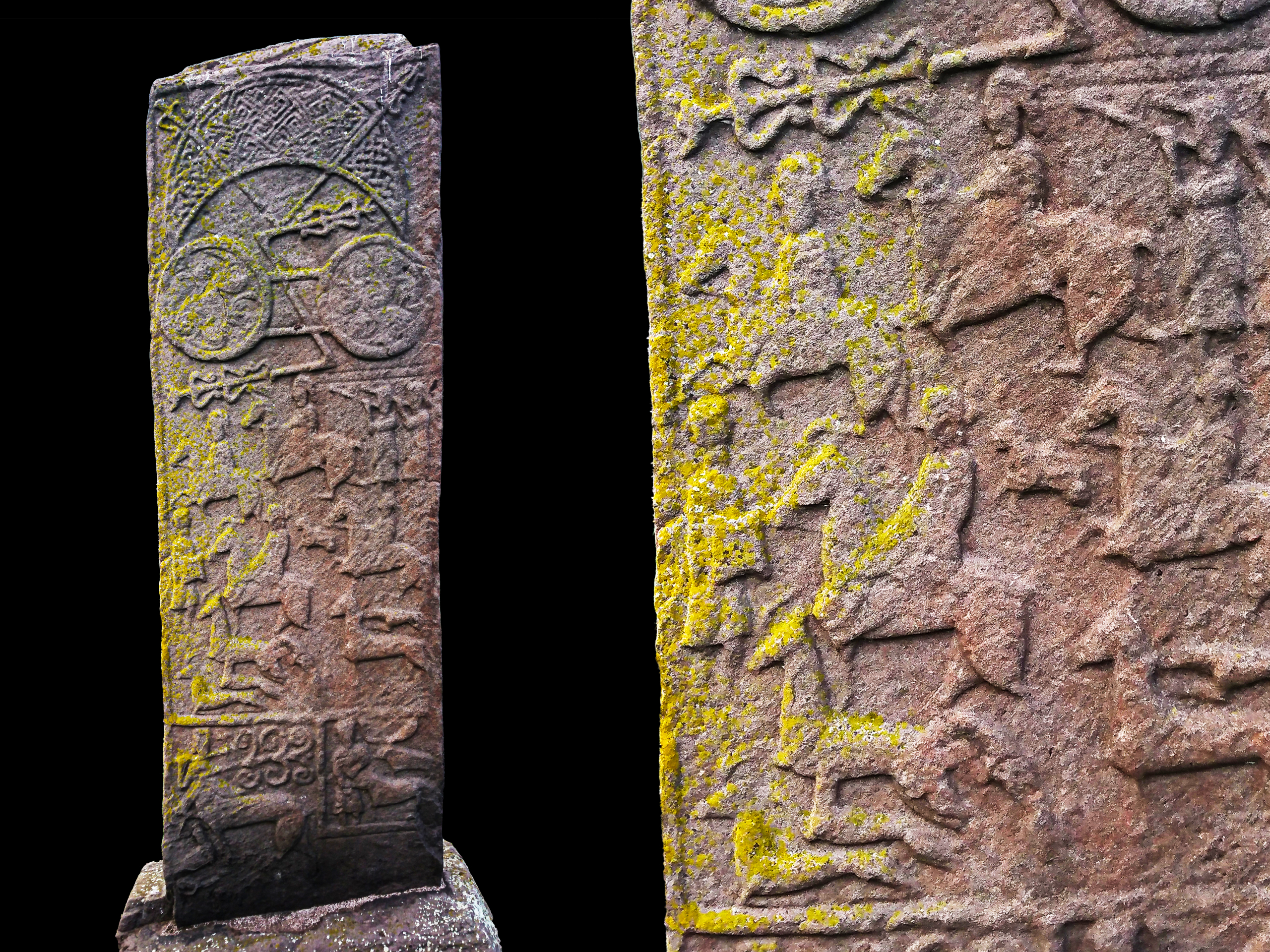 One of the Aberlemno Pictish Stones, ca. 800 AD 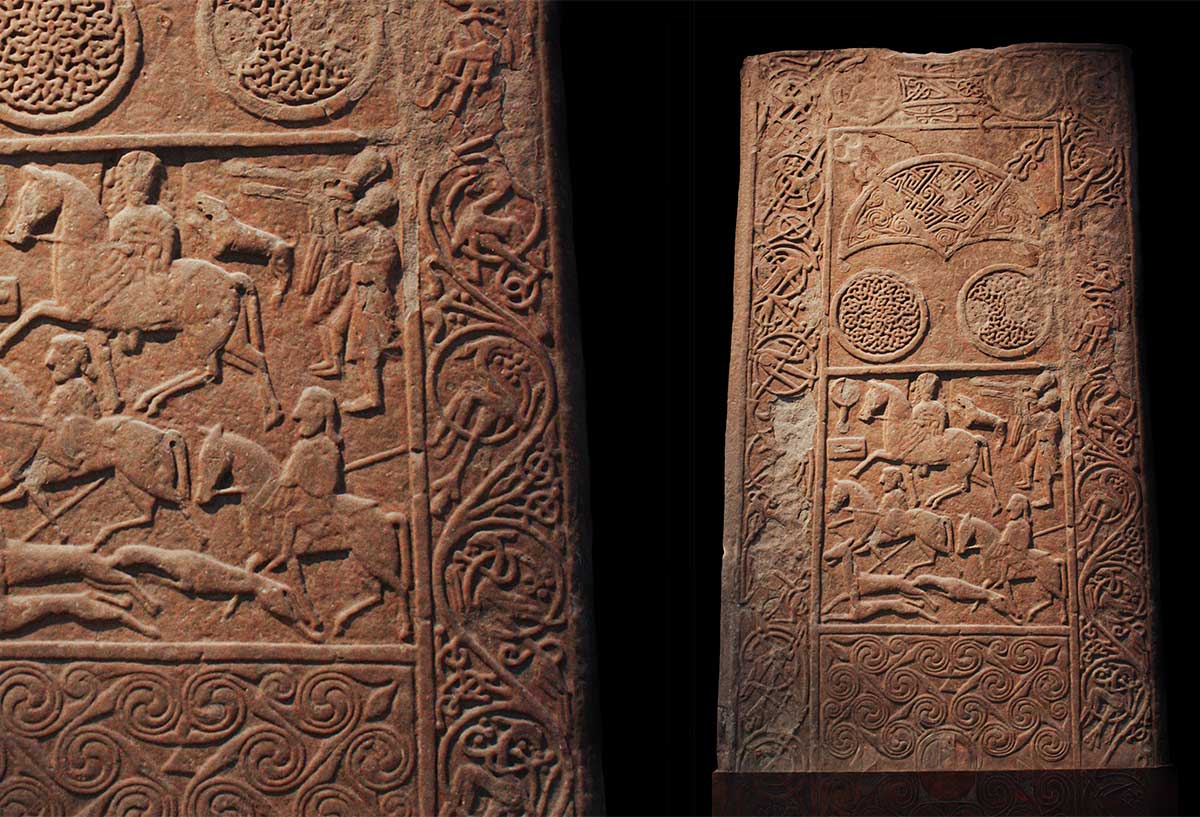 The Hilton of Cadboll stone at the National Museum of Scotland

Some historians think that the stones may have been vibrantly colourful in the past, though the harsh highland climate would have washed off any signs of this hundreds of years ago. 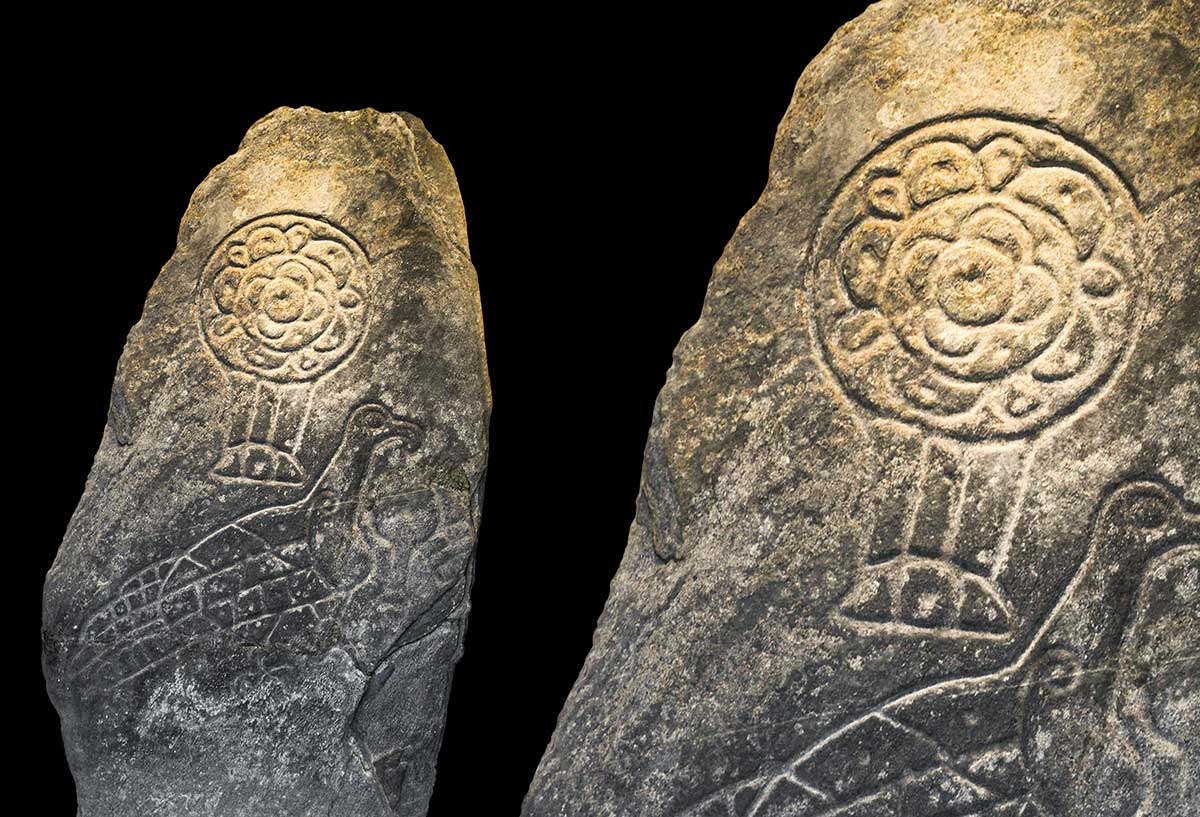 A Pictish stone inside Inveravon Church

There are 30 to 40 unique symbols that feature on the Pictish stones. Archeologists and historians are trying to decipher the ancient carvings, and theorise that it is possible these features were used to indicate names. 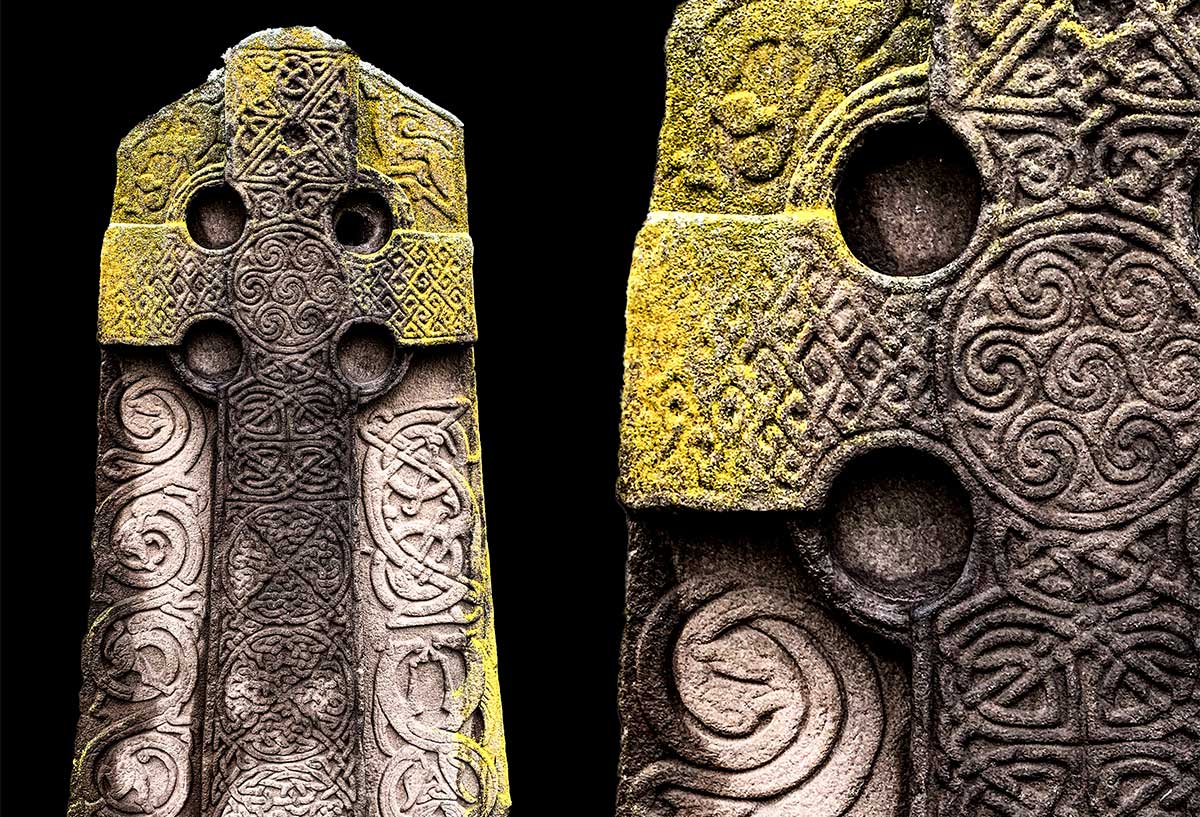 With the arrival of Christianity more and more motifs of the Abrahamic religion were featured on these stones. In the beginning they featured alongside old Pictish symbols, but from the 8th century onwards those more ancient carvings started to disappear, with crosses becoming the main feature. 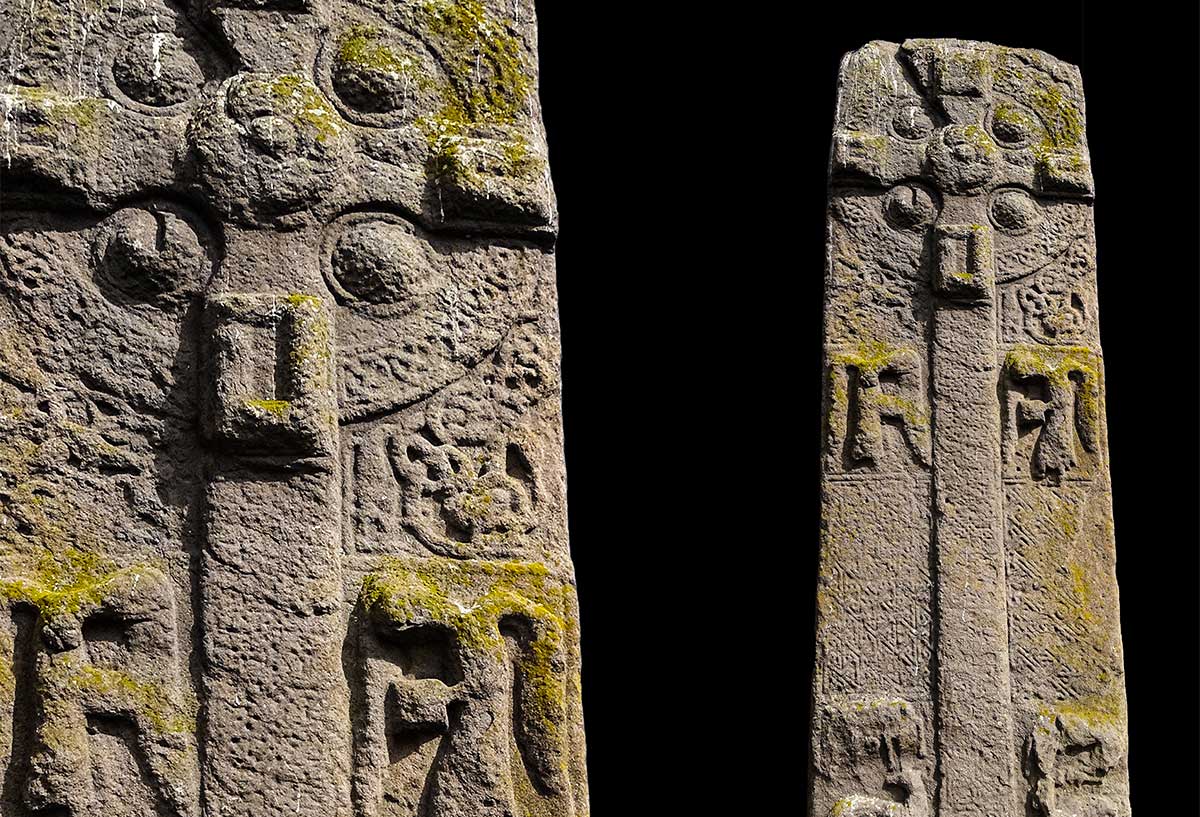 A class II Pictish Stone with a Christian cross on it