A Time to Buy: The Most Sought After James Bond Memorabilia | History Hit 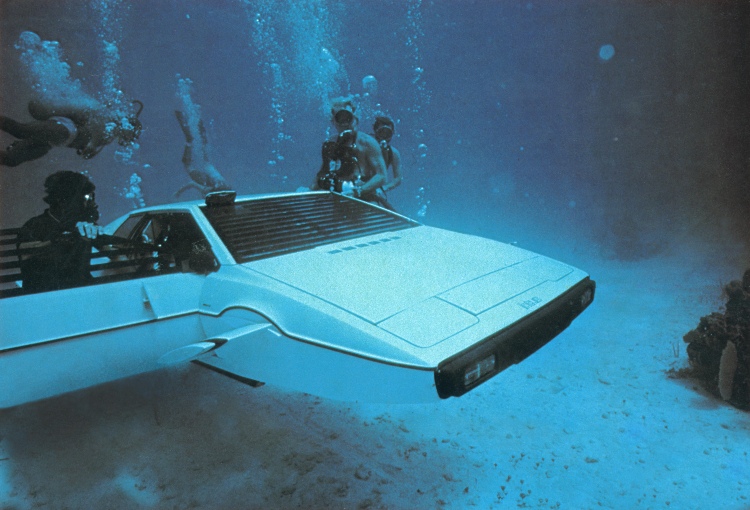 James Bond memorabilia ranges from the mundane to the mysterious. Each regular release and attendant marketing campaign in the 25-strong film franchise triggers a flurry of activity in auction houses, with a plethora of Bond relics exchanging hands at high prices and increasing in value. From ancient Aston Martins to old film prop gadgets, these are some of the best, and strangest, James Bond souvenirs that are sure to attract the collectors.

Among the most prized Bond memorabilia are the articles associated with Sean Connery. Not the first actor to portray Bond on screen (that was American actor Barry Nelson in 1954’s television adaptation Casino Royale), Connery was however the first to be cast as Bond in film.

2. The pistol on From Russia With Love’s poster 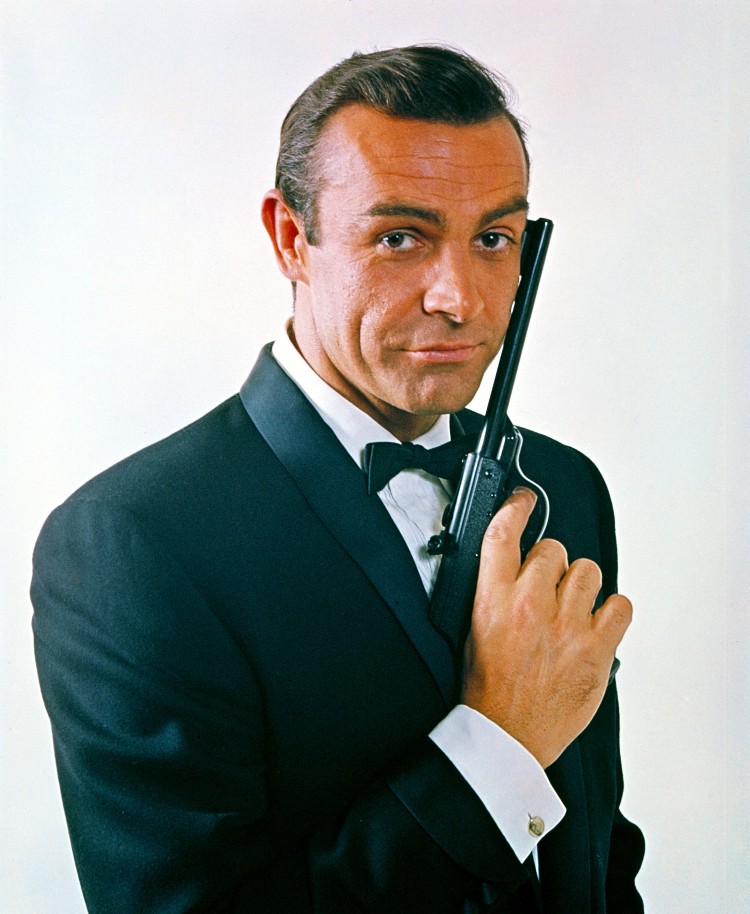 In 2010, the pistol featured on the poster for Sean Connery’s second Bond film, From Russia With Love, was sold for £277,250. Connery is actually holding the photographer’s Walther air pistol. It was subsequently used in the poster and advertising campaign for the 1963 film.

The photographer explained to Christie’s that the right gun wasn’t brought to the studio. Instead, “It was decided […] that – without telling Sean or the other representatives of United Artists – we would use my pistol for the pictures.” He added that the air pistol’s long barrel should have been removed when the posters were made, but wasn’t. 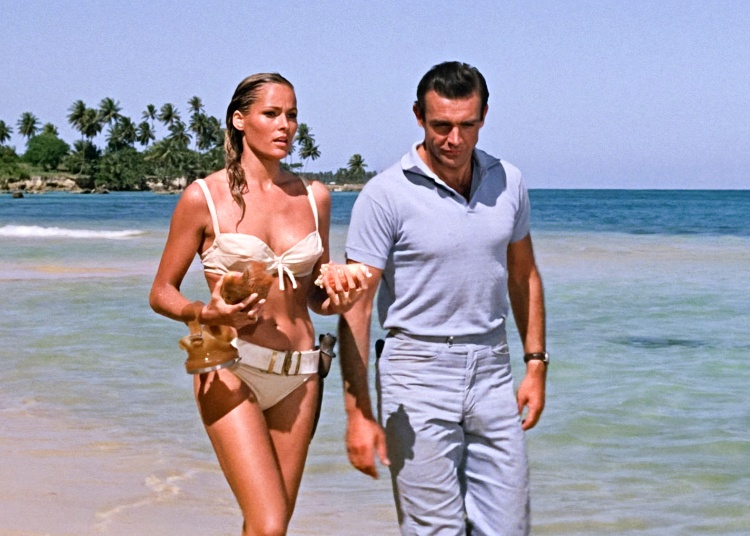 Bond memorabilia has even extended into collectable swimsuits, a somewhat dubious category of collectibles.  In 2001, the white cotton bikini worn by Ursula Andress in Dr. No was sold at Christie’s for £41,125. According to Christie’s auctioneer Sarah Hodgson, Andress had found the swimsuit in the bottom of her wardrobe. In 2020, it was sold again for an estimated €360,000. Perhaps not such a dodgy investment after all. 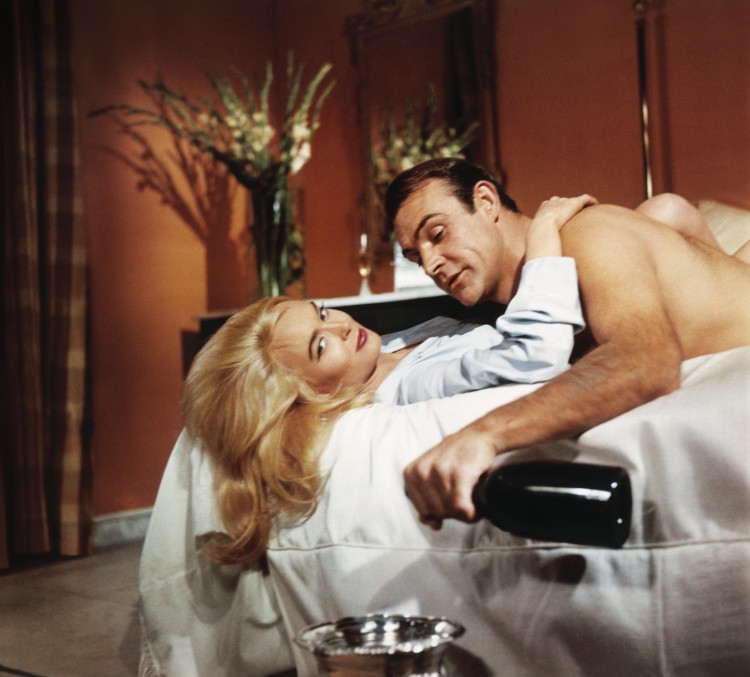 Continuing the theme of strange collectible garments, a “pair of briefs of rose and cream imitation lace” supposedly belonging to actress Shirley Eaton was sold at a Christie’s auction on 17 September 1998. Eaton played Jill Masterson in the 1964 film Goldfinger and wore identical underwear in a love scene with Sean Connery.

They included a signed note allegedly in Eaton’s handwriting stating that they were worn by her, yet their connection to Goldfinger is dubious. The label suggested they were made after the film, which meant that they lacked true Bond provenance and sold for the relatively small price of £633. 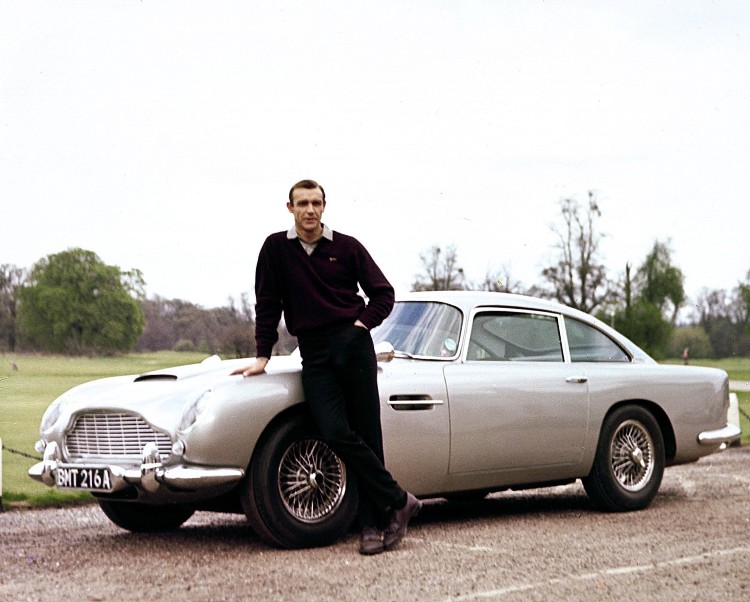 This £18.2 million car was driven by Sean Connery in the 1964 film Goldfinger. It was owned by car collector Anthony Pugliese until its theft in June 1997 from a private aircraft hangar in Florida. Since then, investigators have been following the tire tracks of what has been called the ‘most famous car in the world’.

In August 2021, a private investigator claimed to have located the car. Christopher Marinello of Art Recovery International told The Telegraph that it may currently be in Dubai, Saudi Arabia, Kuwait or Bahrain. He said: “I have intelligence that the car could be in one of them and may have even travelled between them.”

Two Aston Martin DB5s were actually used in the film, both equipped with prop tyre-shredding blades, ejector seats and machine guns. In 1986, Pugliese had purchased his car for $275,000 at a New York auction. The other DB5 was sold for a staggering £5.2 million in 2019. 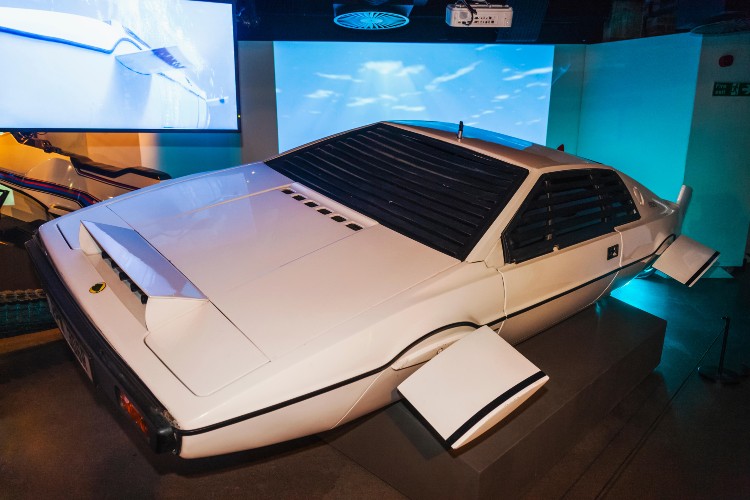 London Film Museum, Lotus Esprit S1 Car from The Spy Who Loved Me

Roger Moore appeared as Bond in seven films from 1973 to 1985, but it’s his 1977 film The Spy Who Loved Me which has produced the most lucrative memorabilia. In September 2013, the amphibious Lotus Esprit Series 1 which Moore’s Bond dives into the sea was sold by Sotheby’s for £550,000 to business magnate Elon Musk.

The vehicle was designed as a fully operational submersible craft. Six other cars were used in the film, intended to show the car at different stages of the submarine set piece. In the film, it was operated by a former Navy SEAL wearing a scuba mask. 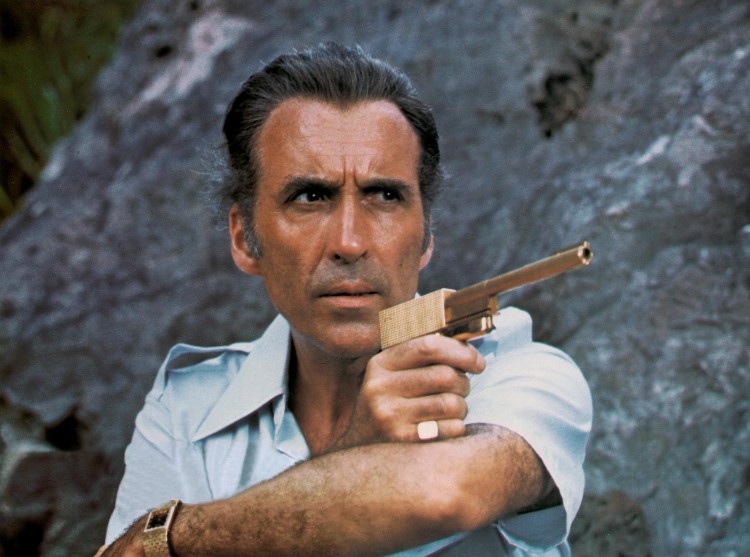 Christopher Lee in The Man With The Golden Gun (1974)

In 1974’s The Man with the Golden Gun, Bond is tasked with locating a British scientist who has invented a device that can harness solar power: the Solex Agitator. Bond tracks the Solex Agitator to assassin Francisco Scaramanga, played by Christopher Lee. He need only have visited Christie’s, where the prop was sold for £55,250 in 2012.

At the same auction, Scaramanga’s gold bullet buckle was sold for £30,000. A selection of ten tarot cards used for Solitaire by Jane Seymour in Live and Let Die, together with an original film script, were also sold for £30,000.

8. Snooper Dog robot from A View To A Kill 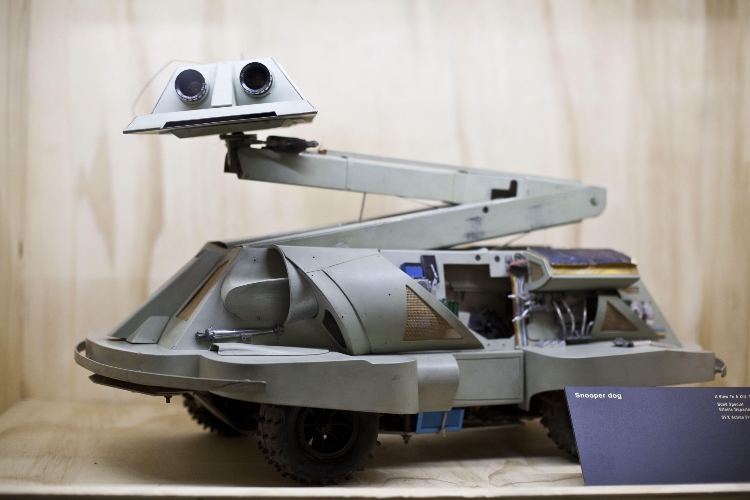 In A View To A Kill, Roger Moore’s final Bond film which was released in 1985, Bond’s quartermaster Q uses a remote-controlled field reconnaissance robot with the name “snooper” to locate Bond in San Francisco. This robo-dog was sold at Christie’s 50 Years of James Bond auction in 2012, fetching £30,000 beside an original film poster. 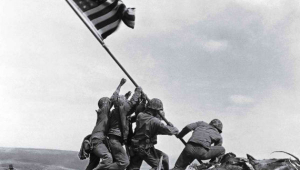 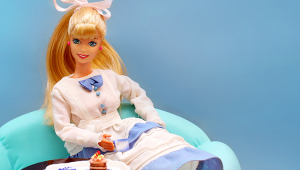 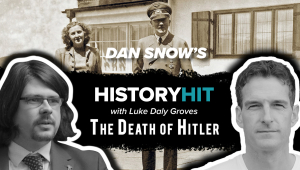 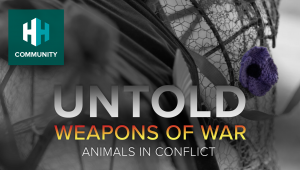 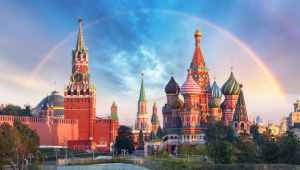 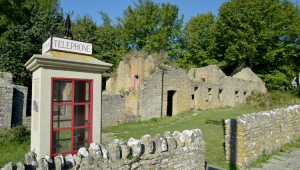