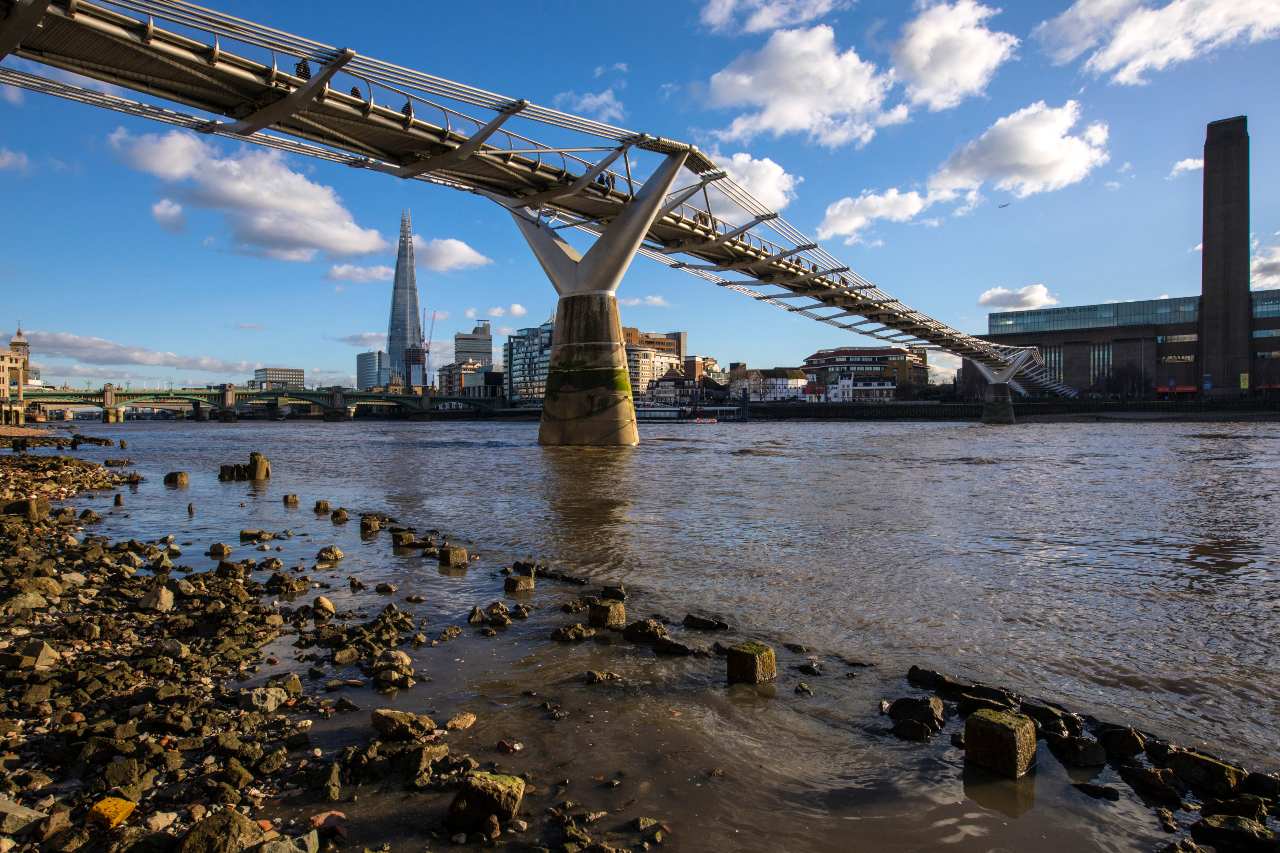 The shore of the River Thames in London, taking in the sights of Southwark Bridge, The Shard, the Globe Theatre, Millennium Bridge and the Tate Modern.
Image Credit: Shutterstock

“Ever since man first quenched his thirst in its waters, he has left his mark on the riverbed”.
Ivor Noël Hume, Treasure in the Thames (1956)

Since the dawn of time, the River Thames in London has been a repository, collecting everything that has been deposited in to its waters. Once discovered, these objects reveal stories of the capital’s fascinating history and its inhabitants.

London would not exist without the River Thames. It is a source of fresh water and food, a path of communication and transportation as well as acting as a real and imaginary boundary. More importantly it facilitates trade using the incoming and out going tides that has made London such a functional and ultimately successful port. 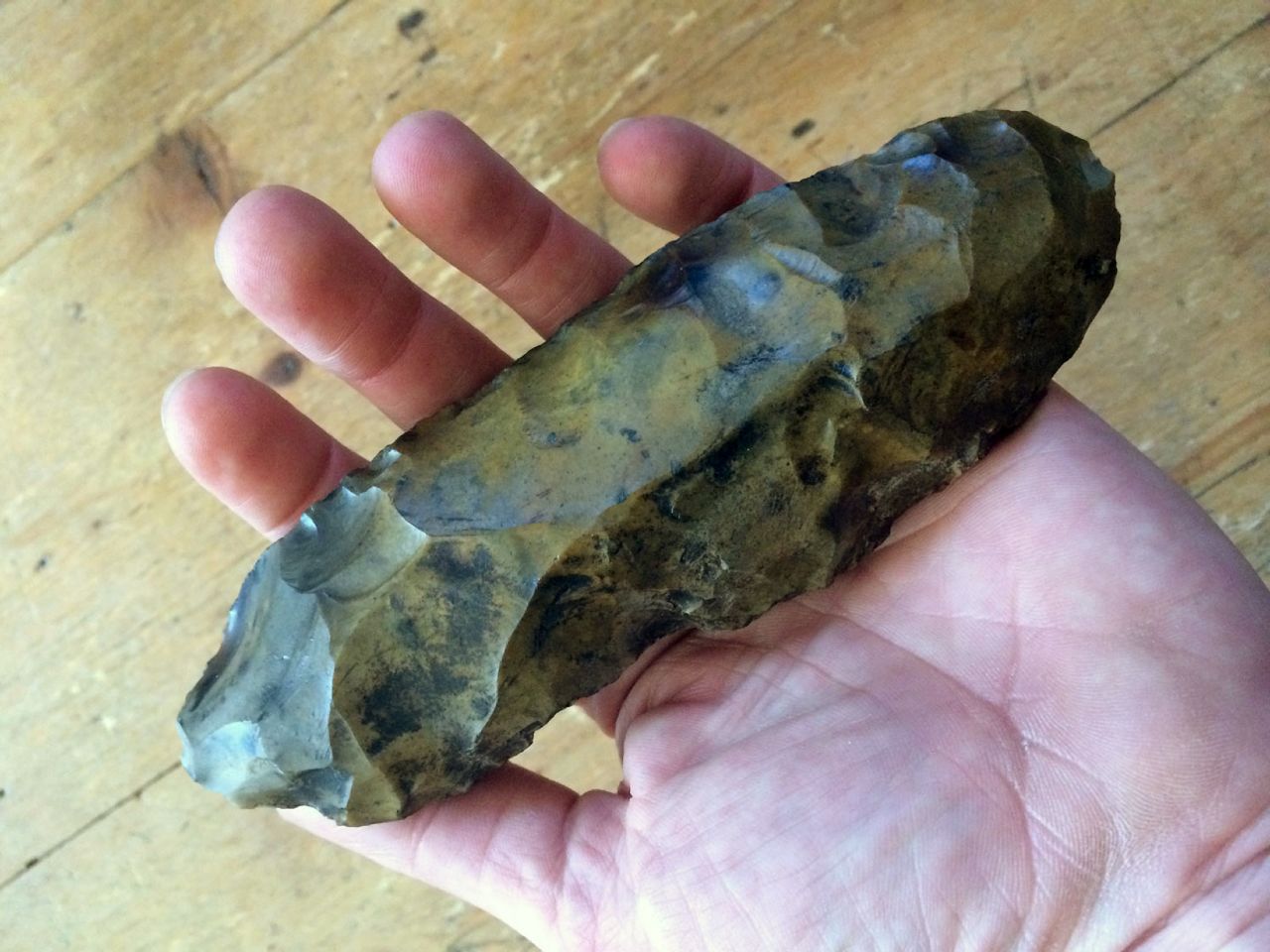 Mesolithic ‘Thames Pick’. This flint adze would have been hafted to a wooden handle and used to split wood for building and fuel. c8500-4500 BC

Established by the Romans in the 1st century AD, the edge of the river has always been a hive of activity. Merchants, boat builders, sailors, fishermen and even passengers crossing the Thames would have kept the riverside busy around the clock. 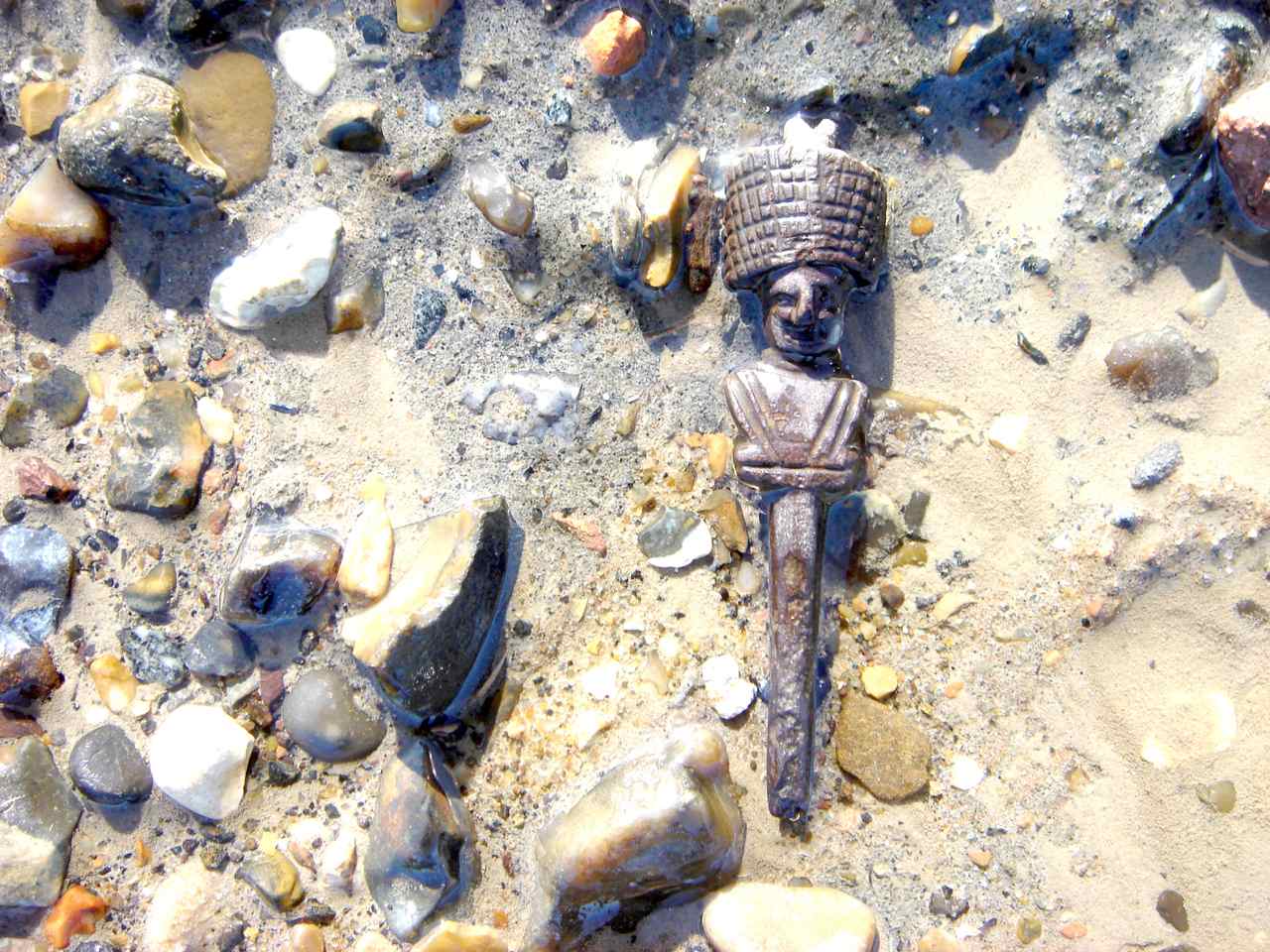 Roman Hairpin: Hand-carved bone hairpin depicting the bust of a Roman woman with her hair in high false curls, as was fashionable in the Flavian period, 69–96 AD.

Lightermen and Stevedors (quayside labourers) would have worked tirelessly loading and unloading ships’ cargo and transporting imported goods to warehouses along the river front.

Local traders, shops and taverns would have been packed into the adjacent streets and lanes, providing materials and refreshments for those thriving industries and their employees. 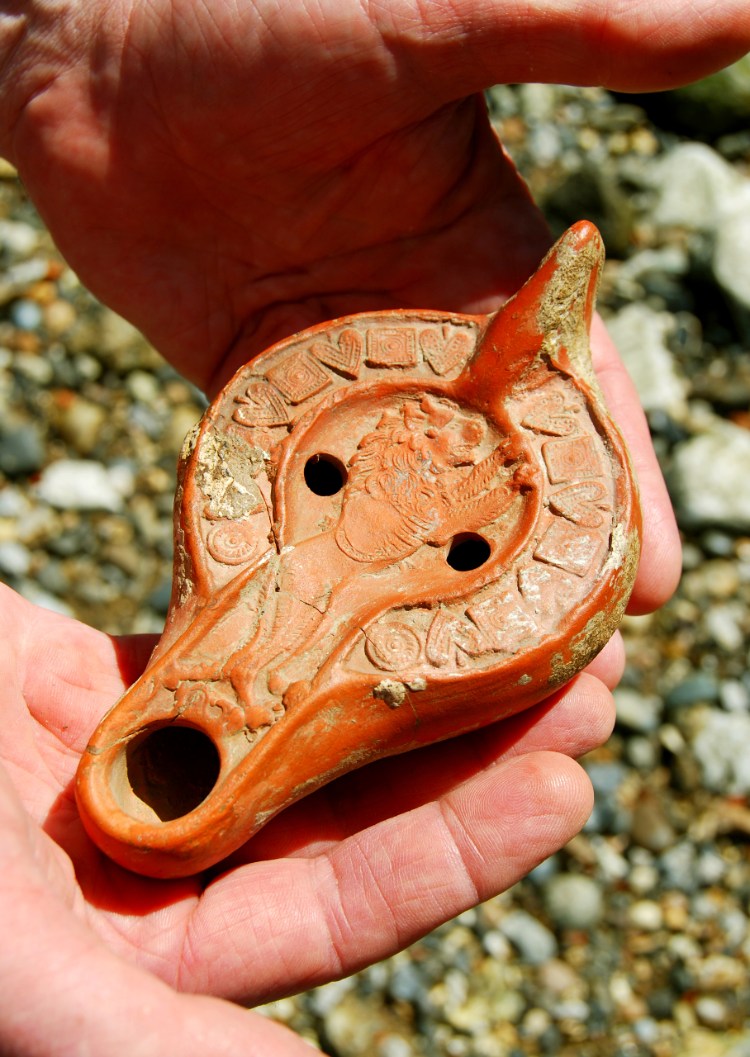 There are many reasons why objects were deposited or accidentally lost in the river. For instance, the earliest settlers deposited votive offerings in to the Thames as they considered the waters to be sacred. Celtic tribes also deposited valuable, highly decorated military items in the Thames. 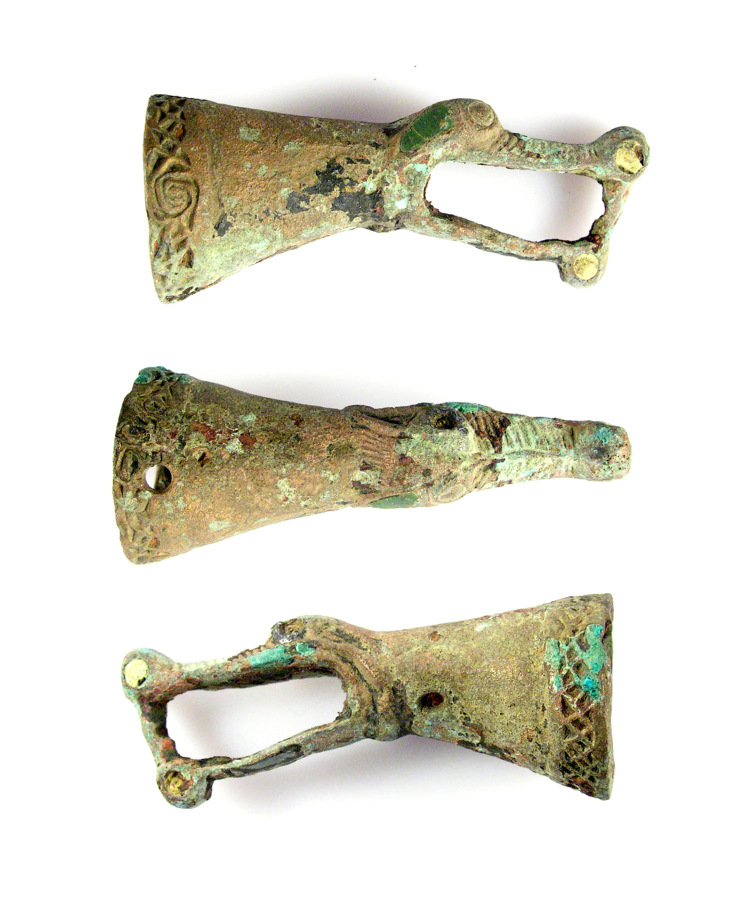 In the medieval period, pilgrims returning from their long journeys abroad or pilgrimages in Britain would cast their pewter souvenir badges into the river to express their gratitude for safe passage on their journey. 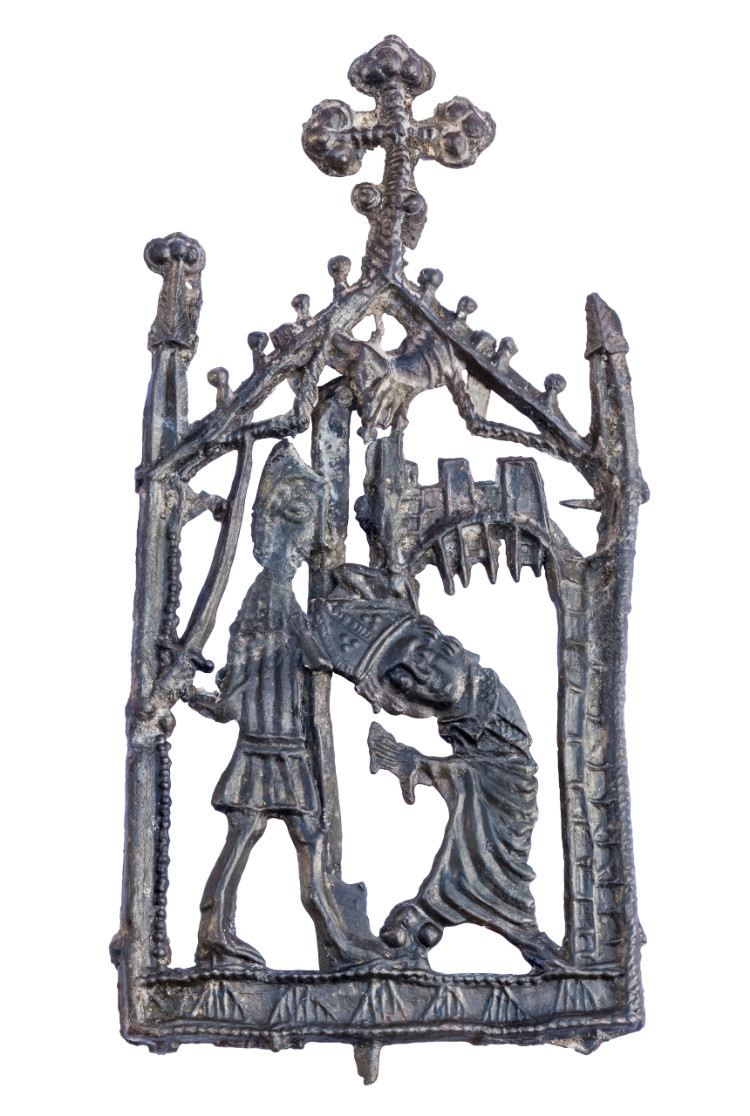 Pilgrim badge: Depicting the martyrdom of St Thomas Becket the former Archbishop of Canterbury who had fallen out of favour with King Henry II. 14-16th century.

Today, the Hindu community living in London considers the Thames to a replacement for the holy Ganges River in India, and deposit a wide variety of colourful offerings in to the river. It is through all of these objects that we we can discover and understand London’s history and its inhabitants who have lived along the river, from early man to modern Londoners in the 21st century. 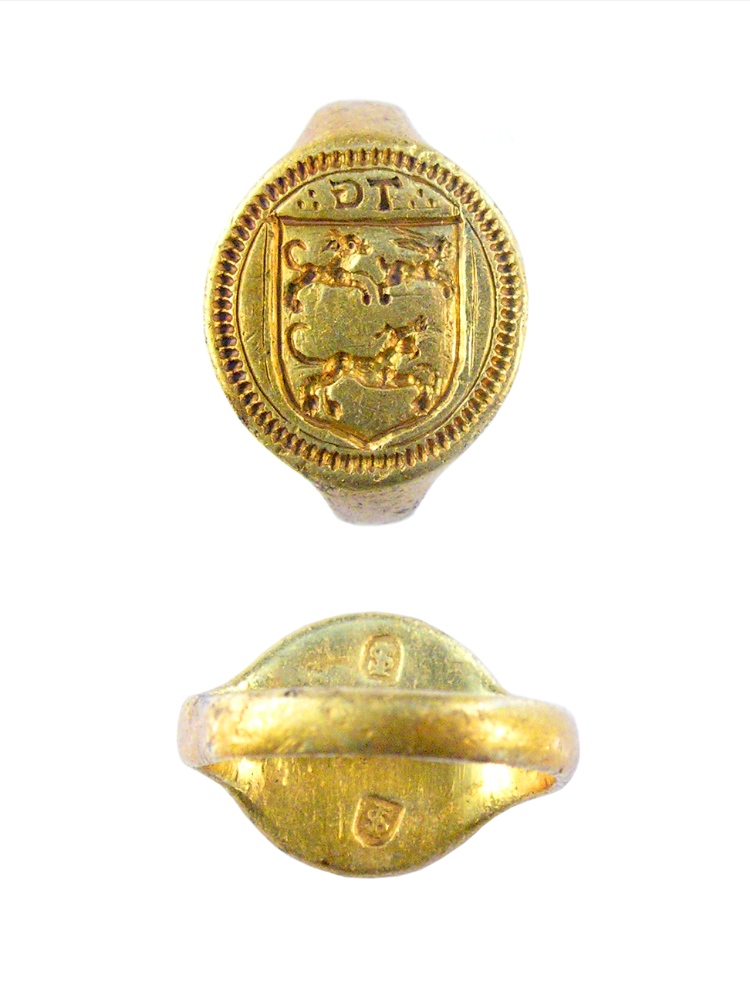 Gold signet ring: The initials ‘TG’, appear in reverse on the bezel which has been finely engraved with two hounds chasing a hare or rabbit. 16th / 17th century.

Early historians and archaeologists first realised the historical importance of the River Thames through dredging works carried out during the 19th century. Some  of the most significant and historically important artefacts were discovered during this time including the Battersea Shield (Celtic), Waterloo Helmet (Celtic) and bronze head of Emperor Hadrian (Roman).

Thomas Layton, Charles Roach Smith and G F Lawrence were antiquarians in London who collected valuable and historically important artefacts that were dredged from the river in the 19th century. Many of their most significant finds are now on display in London’s museums.

The term ‘Mudlark’ was first used during the 18th century and was the name given to people literally scavenging for things on the riverbank. These original mudlarks were often children, mostly boys, who would earn a few pennies selling items like coal, nails and rope that they found in the mud at low tide.

Today’s mudlark is different from those poor wretches of the 1800s. Instead of mudlarking to survive, mudlarks today have a passionate interest in London’s rich archaeology and history. Equipped with a mandatory licence, mudlarks use a variety of methods to search the foreshore and have discovered and recovered an incredibly wide range of artefacts. 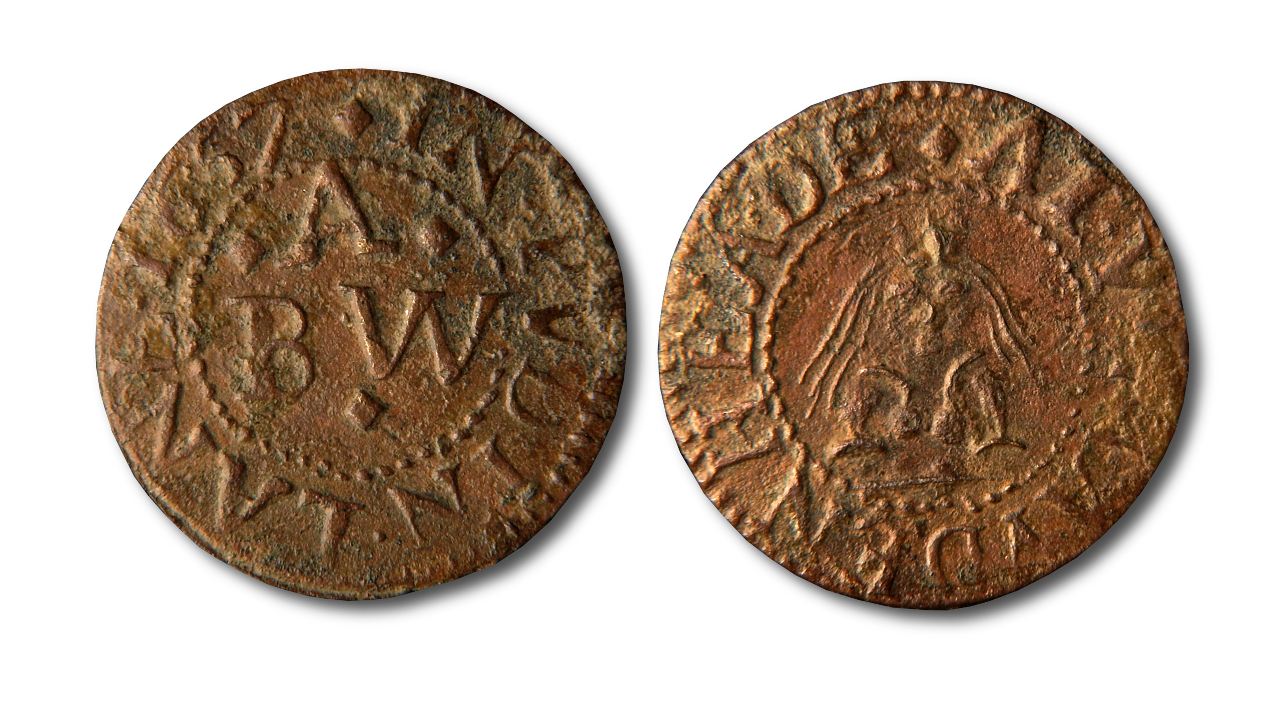 In 1980, the Society of Thames Mudlarks and Antiquarians was formed and were granted a special mudlarking licence from The Port of London Authority. They work very closely with the Museum of London and the Portable Antiquities Scheme (PAS) where their finds are recorded. 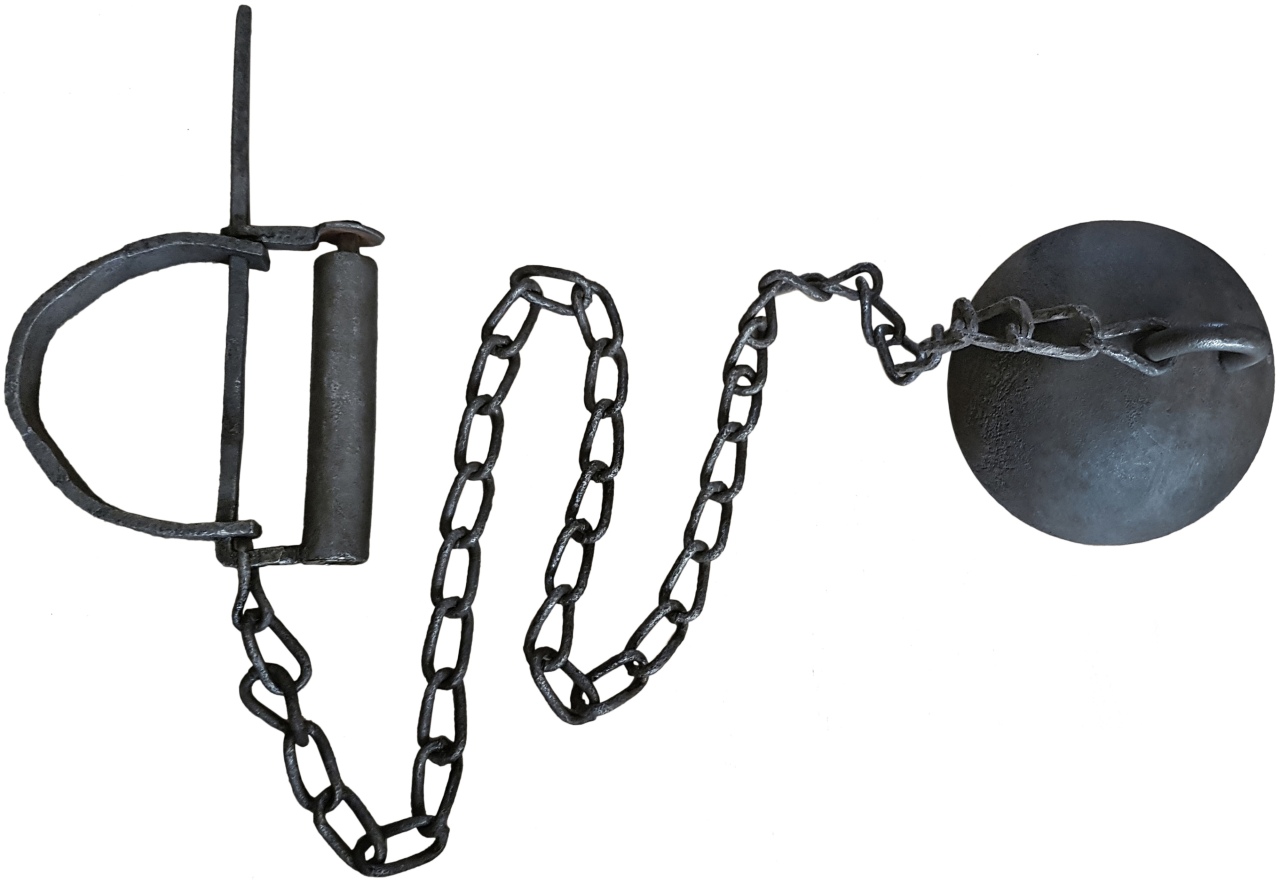 18th cenutry Prisoner’s ball and chain: Interestingly the lock is closed. Did the prisoner die whilst shackled or perform a miraculous escape?

Over the last 40 years, Mudlarks have made a really important contribution to the study of London’s history through the sheer volume and variety of finds that they have discovered. Numerous toys, like miniature plates and urns, knights on horseback and toy soldiers have actually changed the way historians view the medieval period. Made mainly from pewter, these medieval toys are exceptionally rare and have helped transform perceptions of childhood during the Middle Ages. 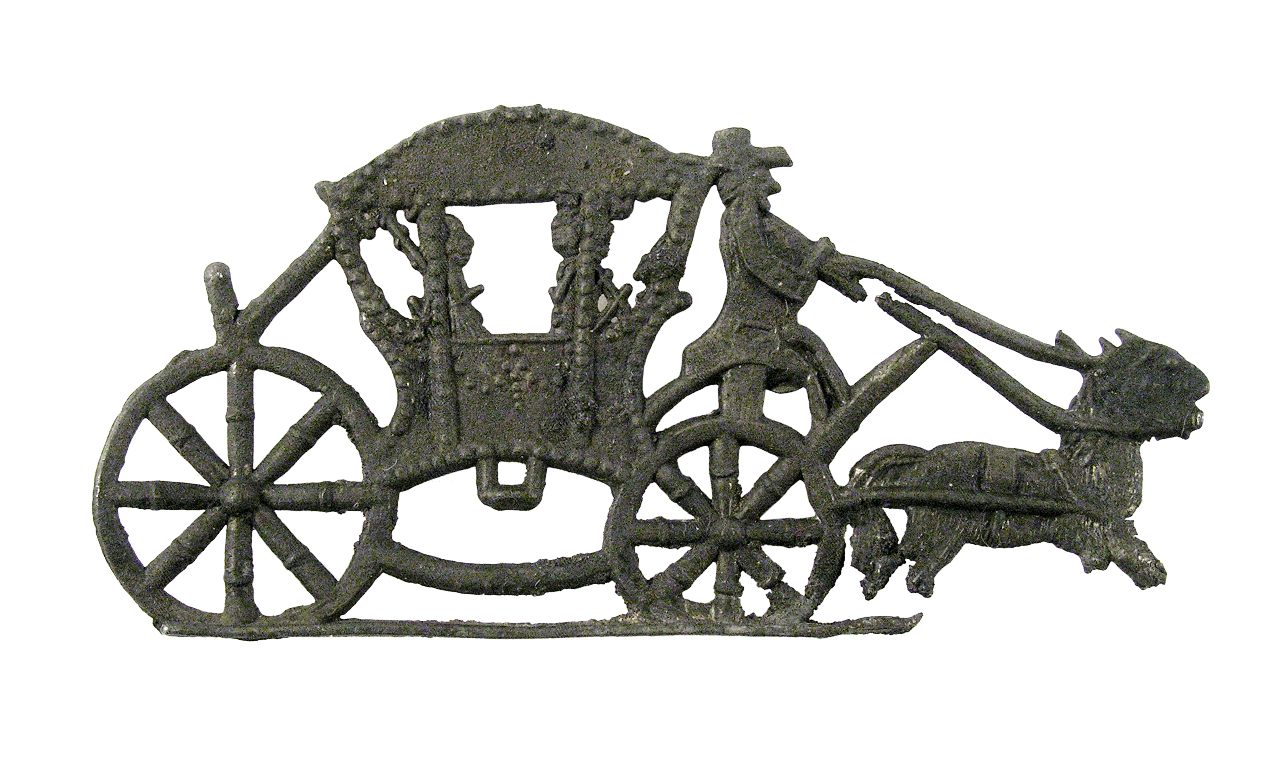 17th century Miniature toy coach: For centuries, children have lived and played along the banks of the Thames and inevitably lost some of their prized toys which would have quickly disappeared into the murky waters.

The museum has acquired over tens of thousands of mudlarking finds recovered from the River Thames foreshore which is the longest archaeological site in Britain, and many of the most significant mudlark discoveries are on permanent display in the Museum of London and other museums in London.

Mudlarking has now become a popular hobby that gives both adults and children a unique ‘hands on history’ experience and deepens their understanding of London’s past. The Thames Museum Trust, established in 2015, is currently developing a new museum in London to showcase a wide variety of amazing artefacts from the mudlarking community’s private collections. 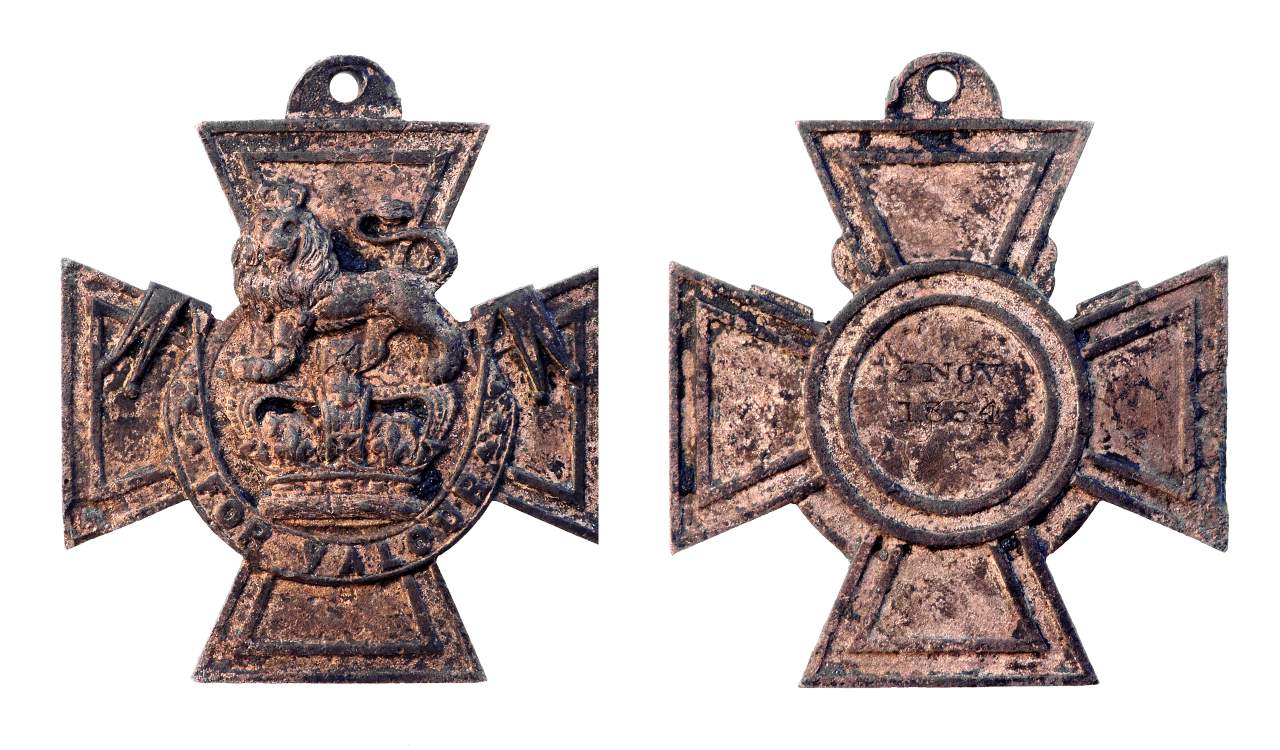 Victoria Cross Medal: VC medal from an unknown soldier. Issued for an act of valour during the Battle of Inkerman in the Crimean War. Dated 1853.

The museum concept has already proved to be a big hit. Exhibitions and lectures at The Tate Modern, the Bargehouse at the Oxo Tower and the Art Hub Studios, Deptford were extremely popular events.

Thames Mudlarking – Searching for London’s Lost Treasures is written by mudlarks Nick Stevens & Jason Sandy and is published by Shire Publications. With contributions from more than 50 Mudlarks and over 160 colour photographs, this fascinating book tells the story of London using amazing mudlarking discoveries. 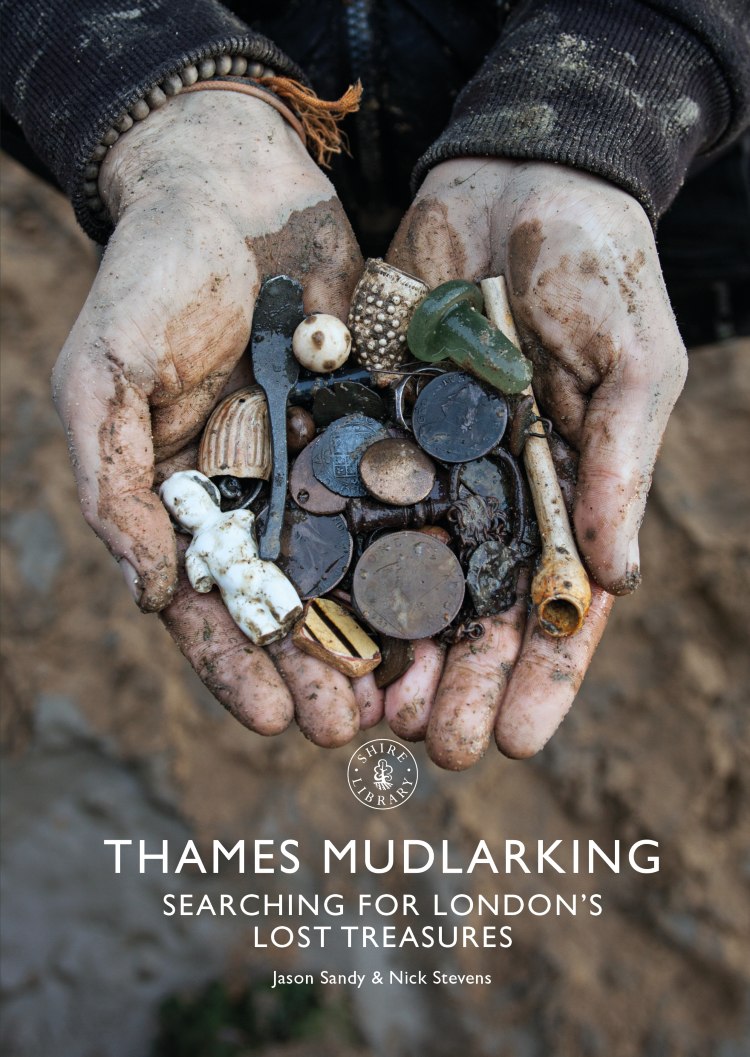