The History of Skiing in Pictures | History Hit 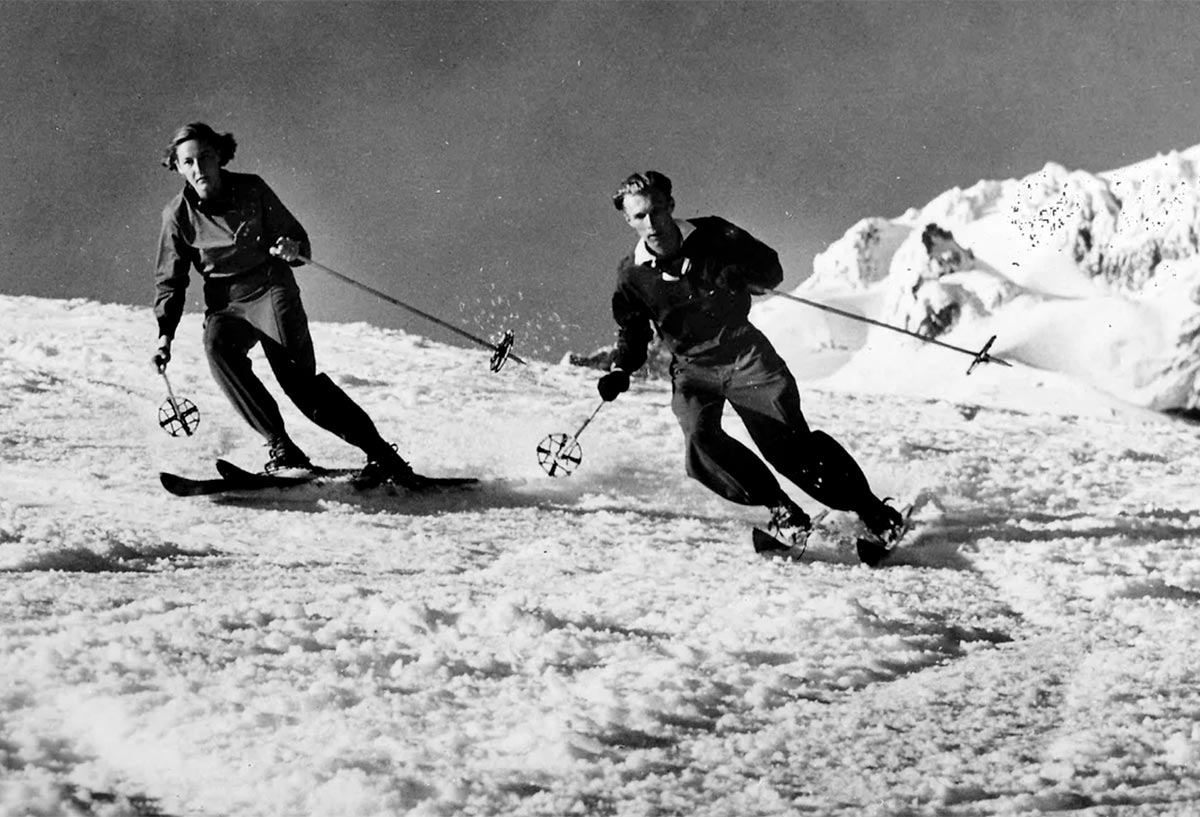 There’s nothing quite like attaching two long, narrow boards to your feet and hurtling down a snowy mountain at slightly dangerous speeds. Even though skiing has become a fun activity for many that helps them to keep fit and healthy, its origins have much more practical roots. For cultures that developed in regions with heavy snowfall, sliding on the snow proved to be a much more effective way of transportation than trying to walk. Some of the oldest skis found by archeologists date back roughly 8,000 years. For Scandinavians, who are some of the premier skiing nations, this winter time activity has had a significant cultural impact. The old Norse goddess Skaði was associated with skiing, while evidence of this means of transportation can even be found on ancient rock carvings and runes.

It would not be until the 19th century when skiing took off as a recreational activity, but once it did a whole industry grew up around it. These days ski resorts can be found across the world, with celebrities and everyday people alike taking part in the winter sport. Places like Switzerland and Austria have gathered fame as some of the best locations for enthusiasts, attracting tens of thousands of tourists each year to the snowy Alps.

Here we explore the history of skiing through amazing historic images. 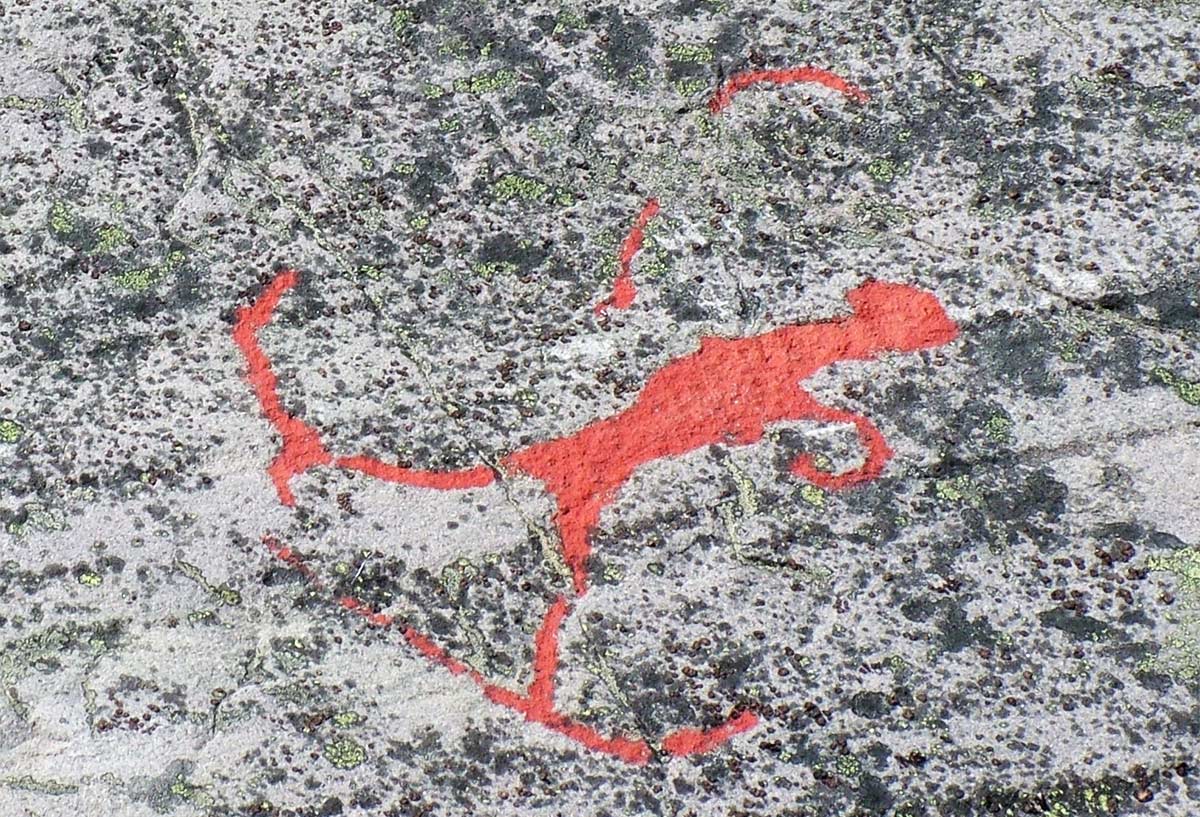 Skier hunting with bow and arrow, Rock carvings at Alta, Norway, about 1,000 BC

Some of the earliest evidence that we have about the existence of skiing comes from northern Russia, where fragments of ski-like objects from around 8,000 years ago were uncovered. Many well-preserved skis have been found underneath mountain ice and bogs, which protected the wooden equipment from the elements. These were thousands of years old, showcasing how ancient skiing as a means of transportation truly was.

Kalvträskskidan (‘the Kalvträsk ski’) is among the oldest skis ever found

The Sami people (living in northern Scandinavia) consider themselves as one of the inventors of skiing. During ancient times they were already renowned for their hunting techniques, utilising skis to chase big game. Some of the earliest evidence of skiing outside of Europe come from the Han dynasty (206 BC – 220 AD), with written records mentioning skiing in the northern provinces of China. 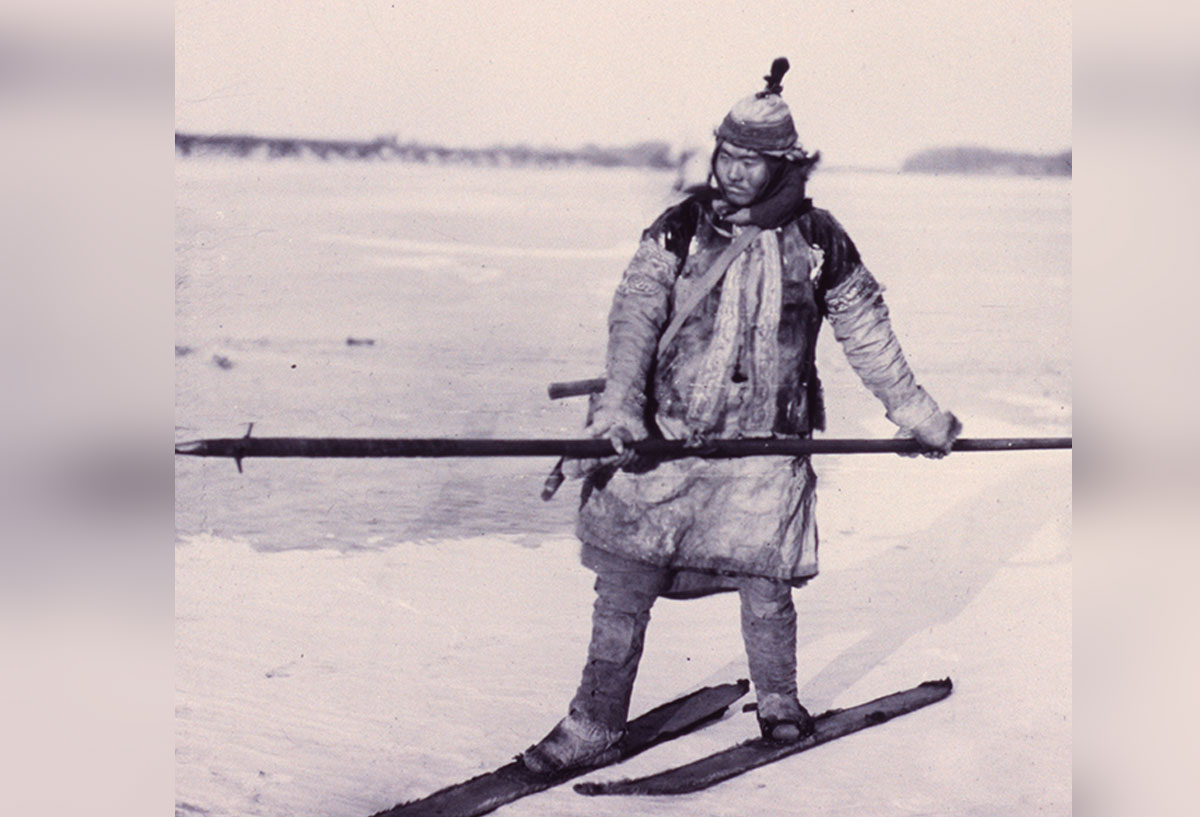 Due to the high speeds that can be achieved on skis, they have been long used in warfare. During the Battle of Oslo in the 13th century, skis were utilised for reconnaissance missions. Ski troops were used in later centuries by Sweden, Finland, Norway, Poland and Russia. Biathlons, a popular skiing competition that combines cross-country skiing and rifle shooting, had their origins in Norwegian military training. Skis even served a tactical purpose during the World Wars. 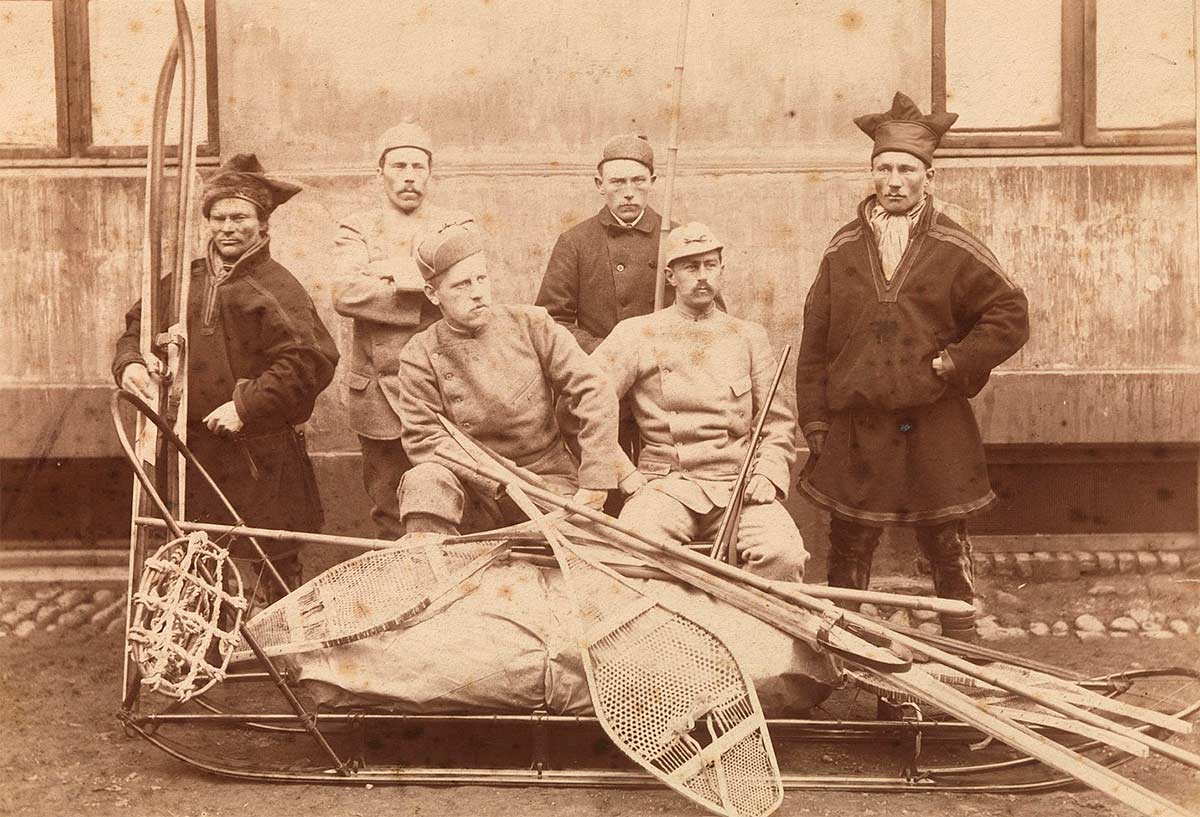 During the 19th century skiing became a popular recreational sport. In Britain, the growing interest can be linked to Sir Arthur Conan Doyle, the revered author of the Sherlock Holmes series. In 1893, he and his family visited Switzerland to help with his wife’s Tuberculosis. During the period, he wrote about his experiences with the almost unheard of winter sport, stirring great interest in his home country: ‘I am convinced that the time will come when hundreds of Englishmen will come to Switzerland for the ‘ski’-ing season’. 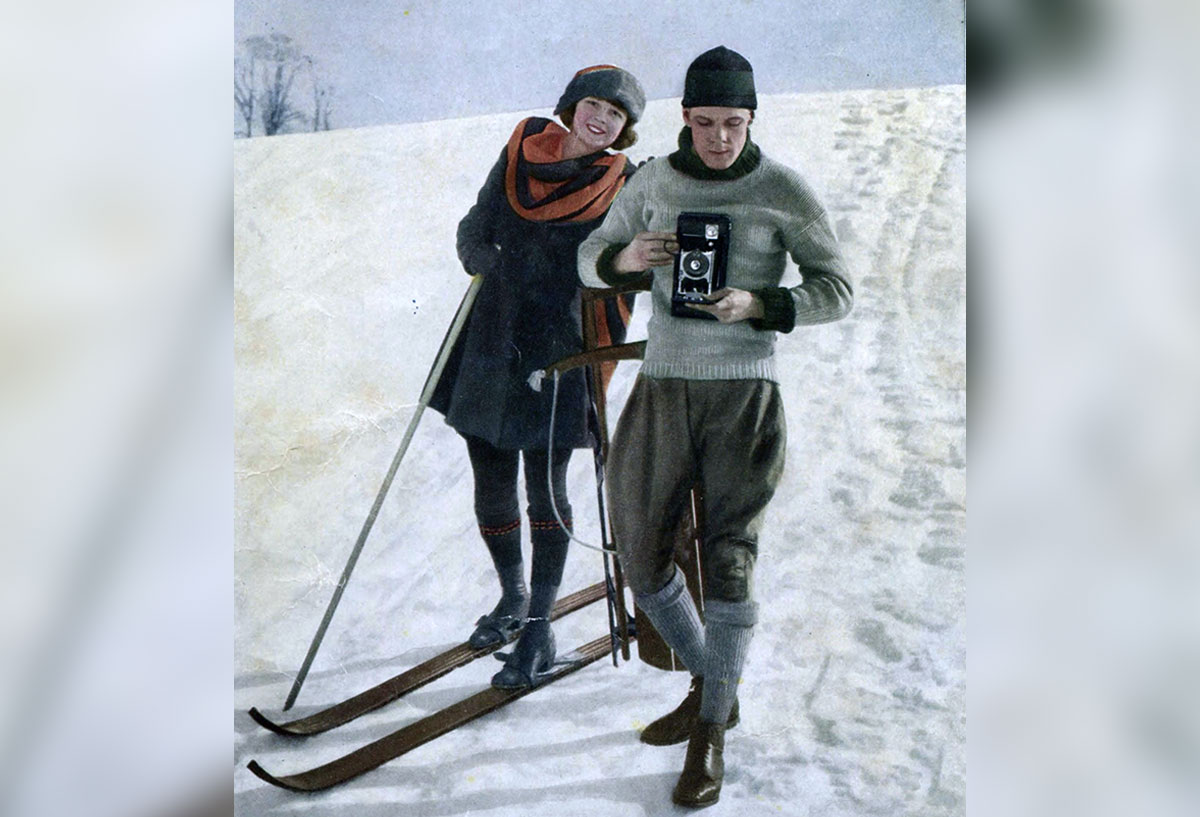 The growth of skiing’s popularity lead to many new developments to help make skiing easier and consequently more fun. Improvements in ski bindings made Alpine skiing possible in the 1860s, while the ski-lift, invented in the 1930s, eliminated exhausting climbs up the slope. Skiing as a winter sport became a truly global phenomenon, practised from Australia to North America. 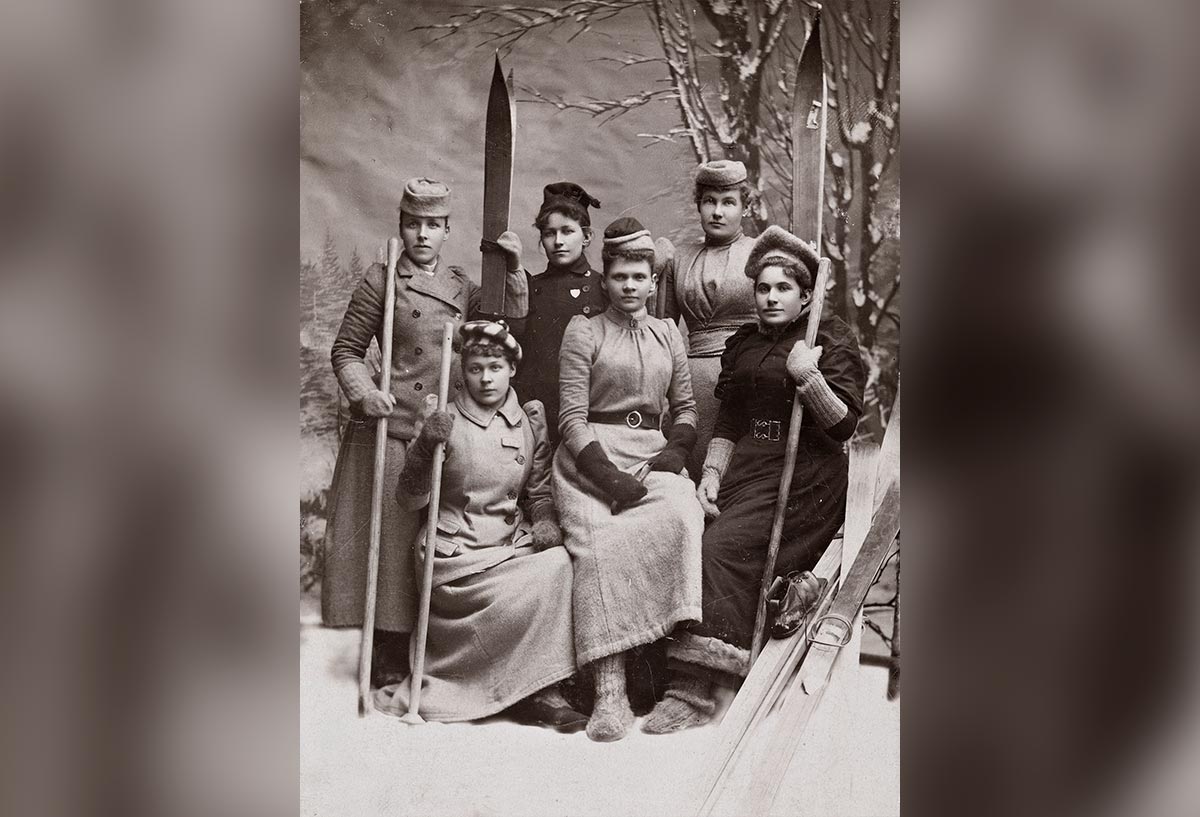 Young women of Oslo (then Christiania) skiing association, about 1890

In 1924, the first Winter Olympic Games took place in Chamonix, France. Originally only Nordic Skiing was present at the competition, though in 1936 the increasingly popular downhill skiing was introduced as an olympic category. Freestyle skiing made its debut in the 1988 Calgary Winter Olympics, and this increased visibility of skiing through televised events boosted its popularity to new heights. 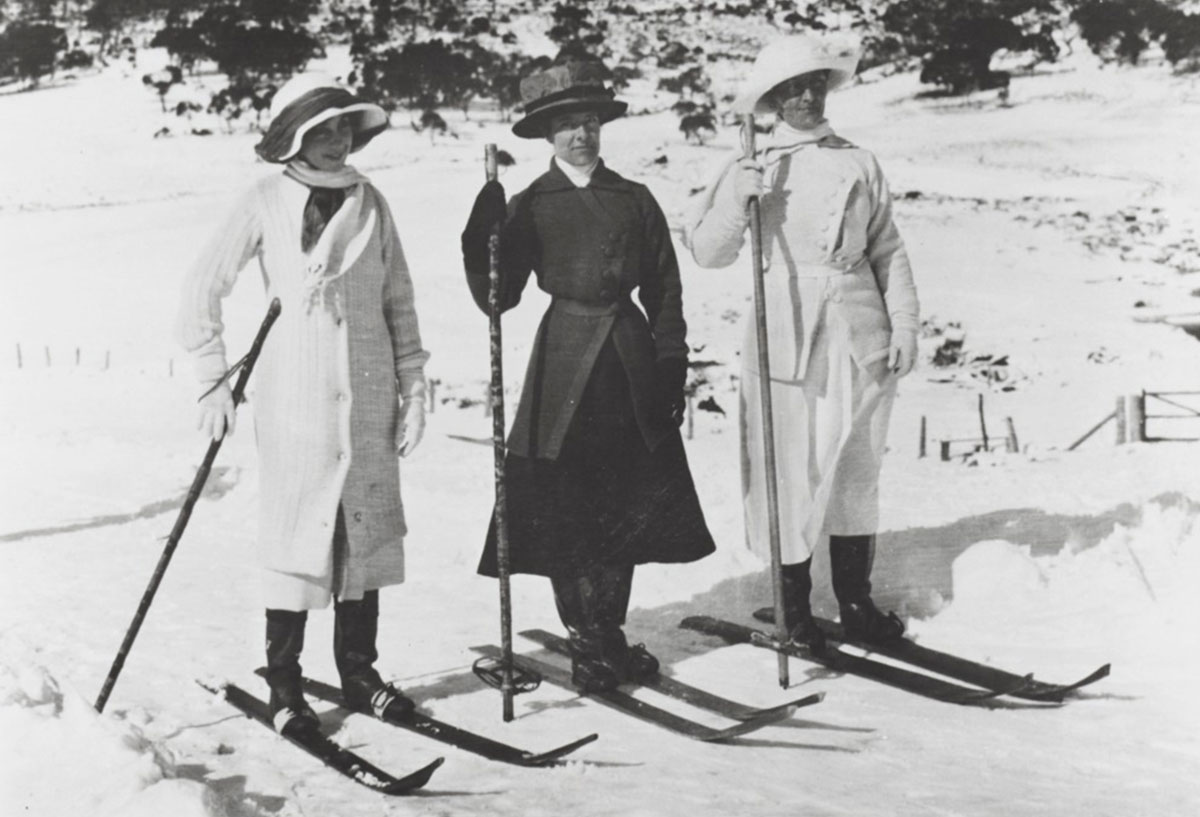