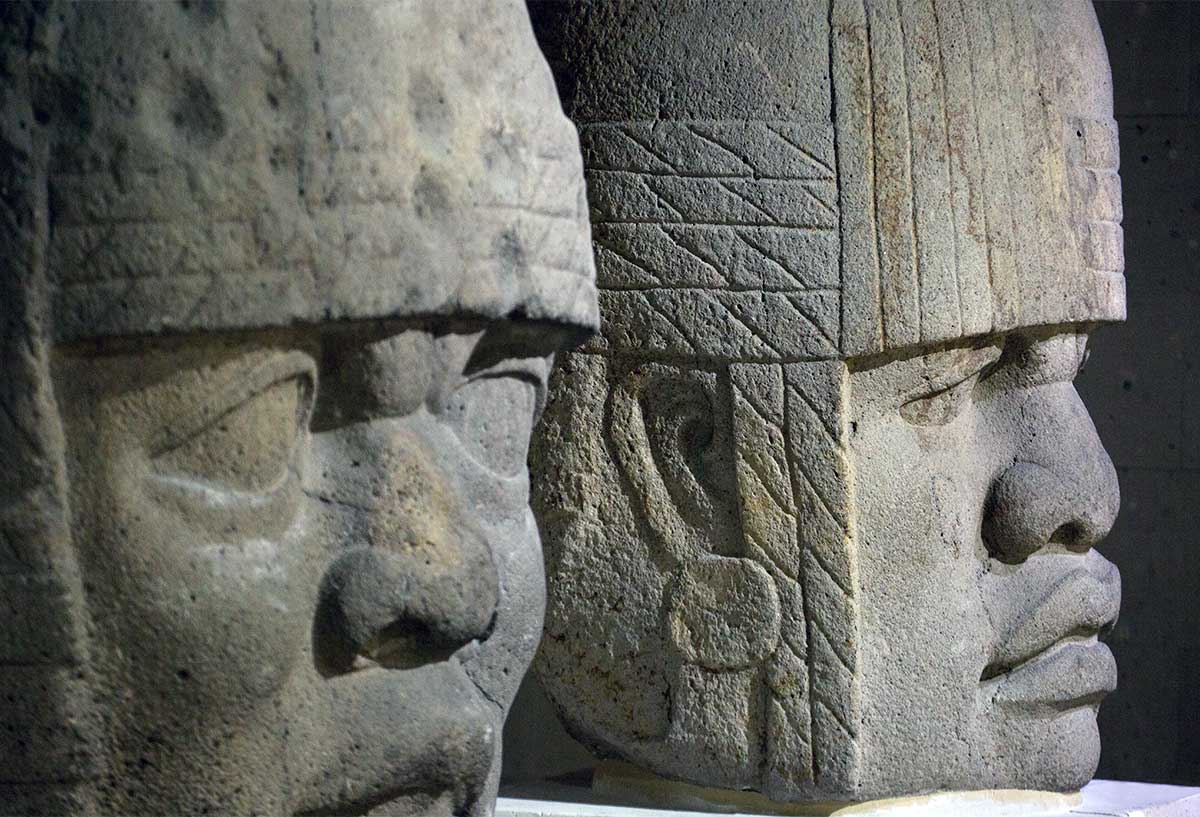 Around the Gulf Coast of Mexico (in the modern Mexican states of Veracruz and Tabasco) you can find massive stone heads that, like guards, overlook the surrounding countryside with their piercing eyes. 17 of these have survived thousands of years of relentless exposure to the forces of nature. Adorned with helmet-like headgear, flat noses and full lips, these enigmatic sculptures of a long bygone era are the work of Mesoamerica’s first civilisation – the Olmec’s. Emerging around 1,500 BC, their art, architecture and culture became the blueprint for the Mayans and Aztecs centuries later.

The Olmec colossal heads are believed to depict local rulers or other people of great importance. There are many mysteries surrounding these monuments of former glory, and it is not fully understood how these heads – ranging in size from 1.2 to 3.4 metres – were transported, but they are an excellent example of how sophisticated this pre-Columbian society was. The Olmecs were masters of their craft, allowing for the memory of them to outlive the civilisation itself, which went into decline around 400 BC.

Here we explore the Olmec colossal heads through a collection of stunning pictures. 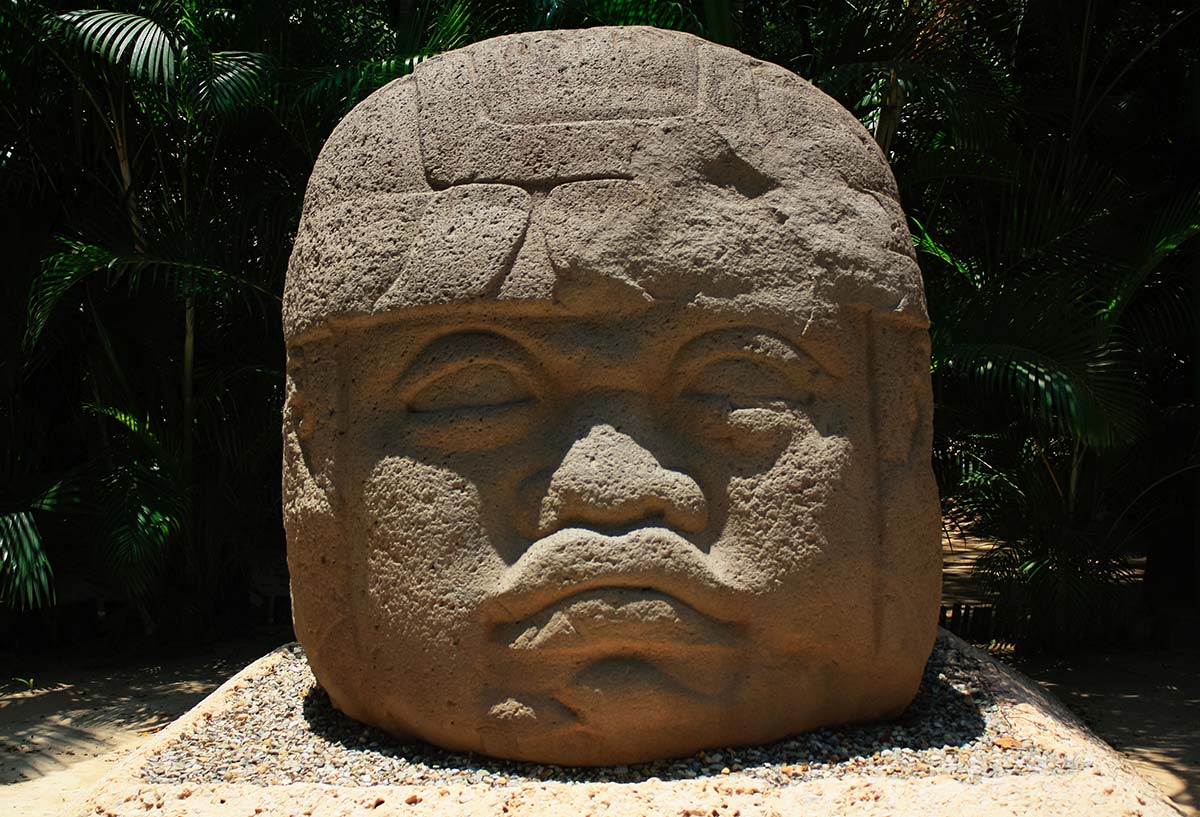 It is difficult to determine the exact age of the Olmec colossal stones, but current estimates place them to around 900 BC. 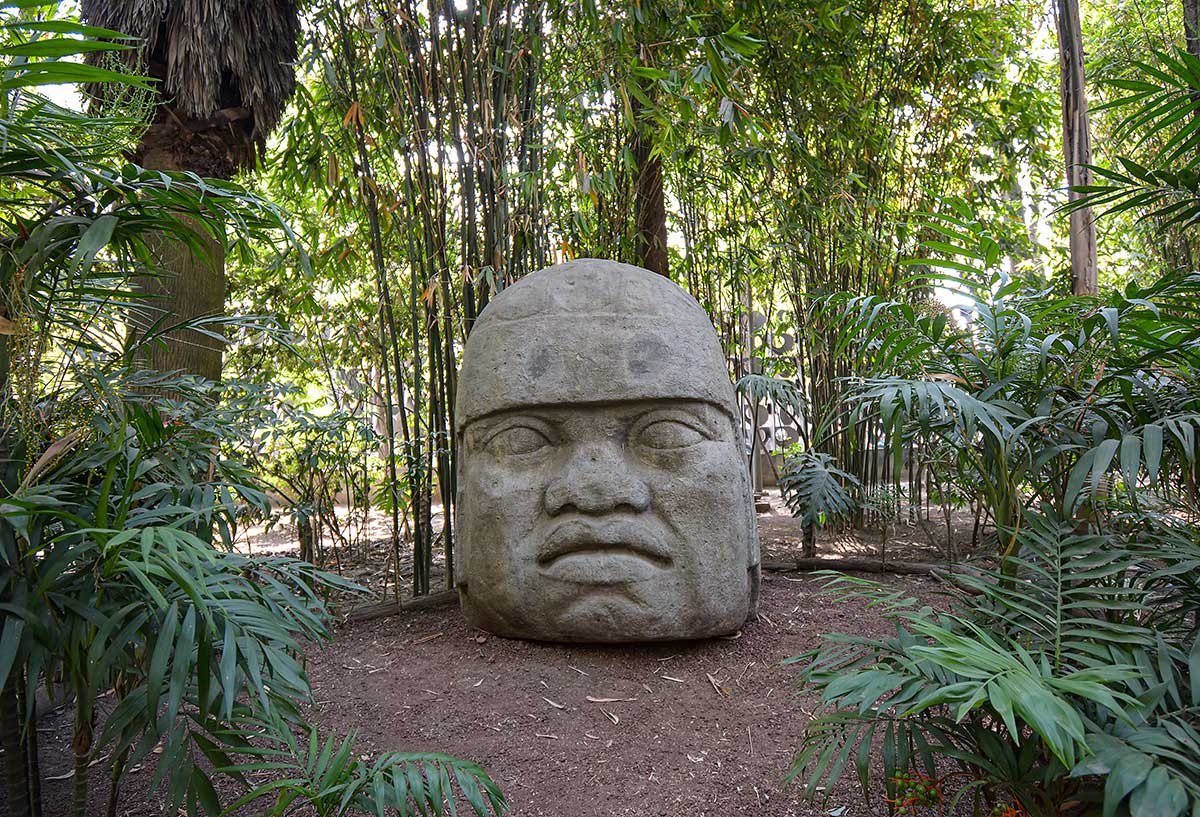 An Olmec head in the National Museum of Anthropology (Mexico). 08 February 2020

The majority of these stoic faces were moulded out of volcanic basalt, which was sourced from nearby mountains roughly 70km from the site of discovery. The transportation of those boulders must have taken a lot of logistical skill and finesse. 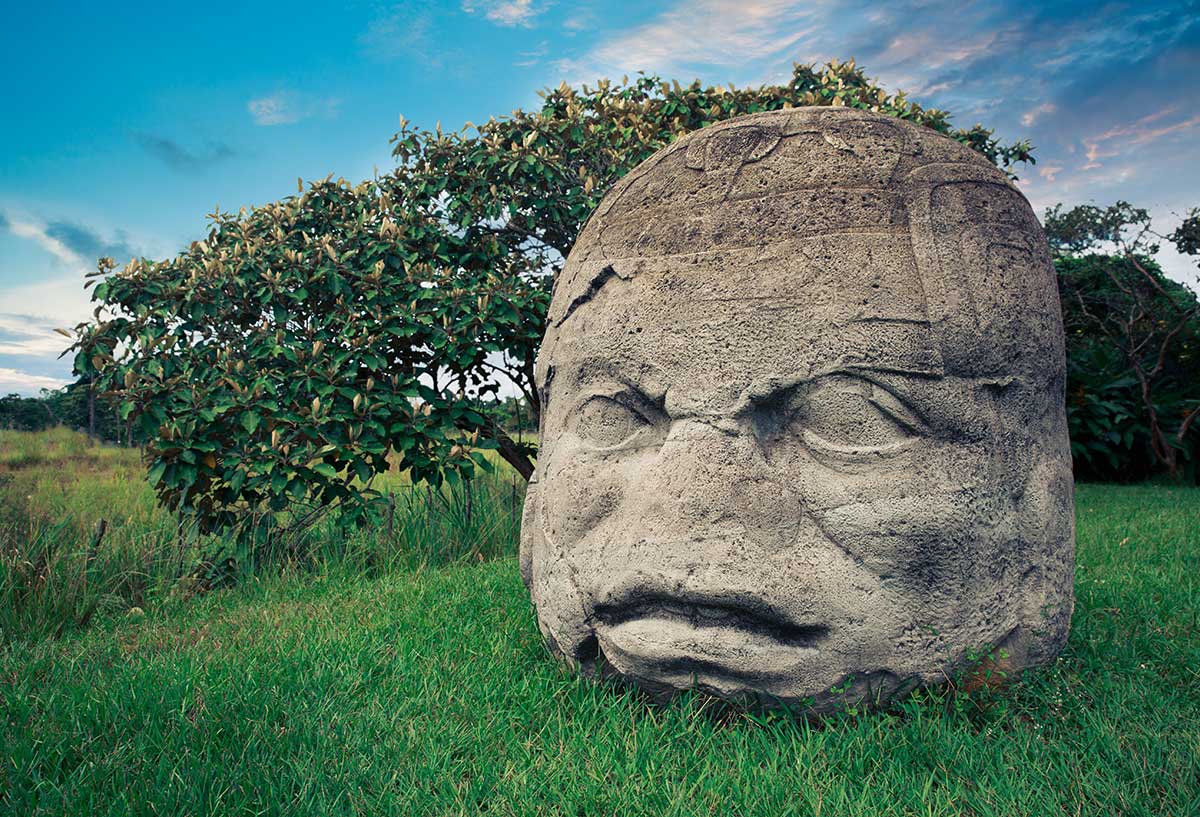 An Olmec head in the ancient city of La Venta

Similarly to ancient Greek and Roman statues, it is very likely that the heads were once colourfully painted, with traces of paint found on the surfaces of these massive sculptures. 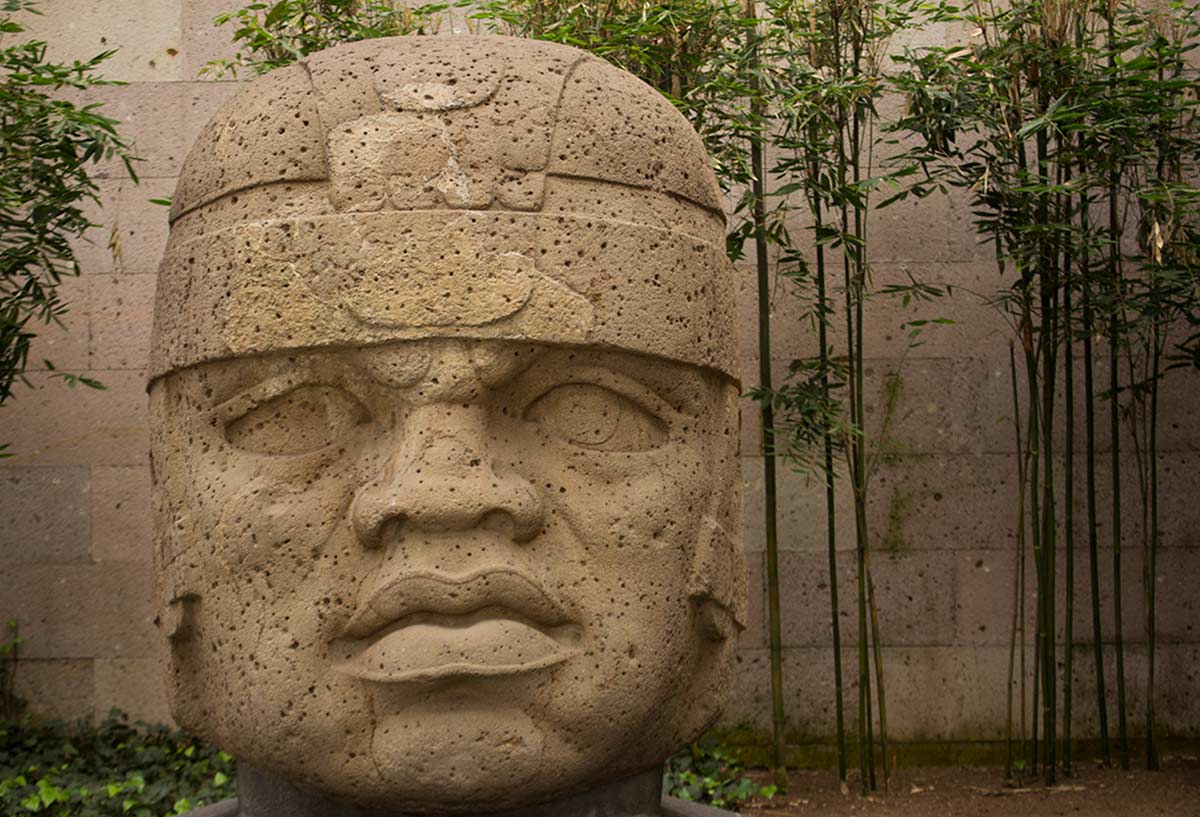 The majority of the currently known Olmec heads stem from a handful of archeological sites, with the two most noteworthy being La Venta and San Lorenzo. 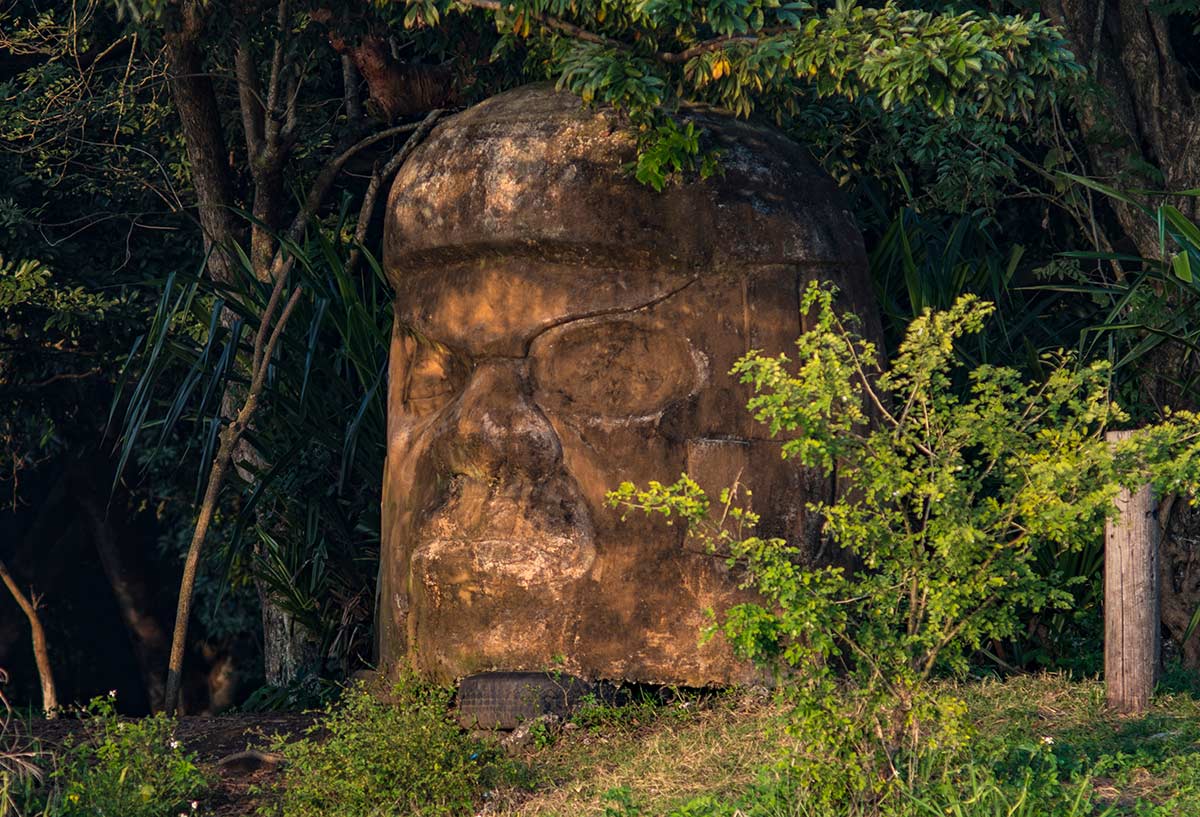 An Olmec head found in the jungle of Catemaco, Mexico

It is somewhat contested who the first person was to discover these ancient sculptures. Former oil inspector José Melgar stumbled upon one in 1862, but his find was not widely reported. The European Matthew Stirling, hearing about Melgar’s experience, found the colossal heads in 1938, drawing worldwide attention. 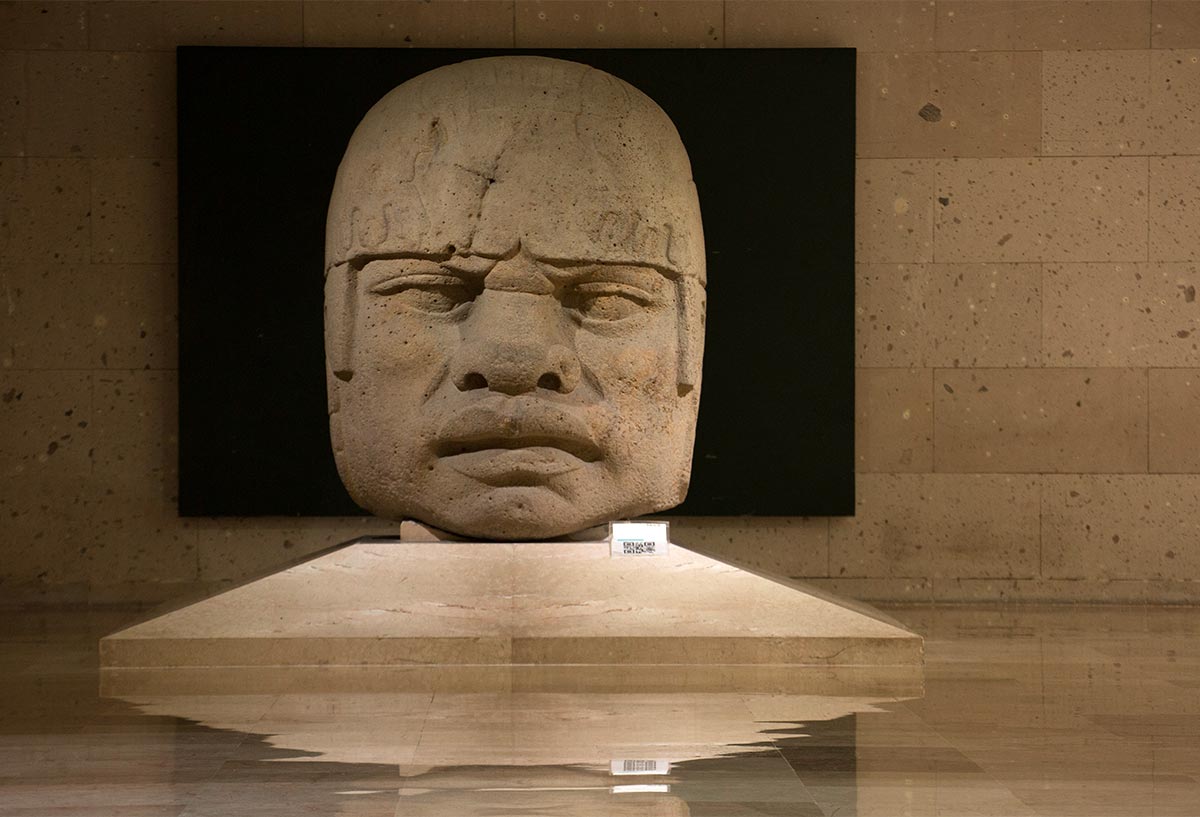 Archeologists and historians have long argued what the purpose of these monuments was. One of the earliest suggestions was that they were depicting gods, while another theory put forward the idea that the stones were showing famous ball-court players, since the helmets on the statues were similar to those used in the Mesoamerican sport. 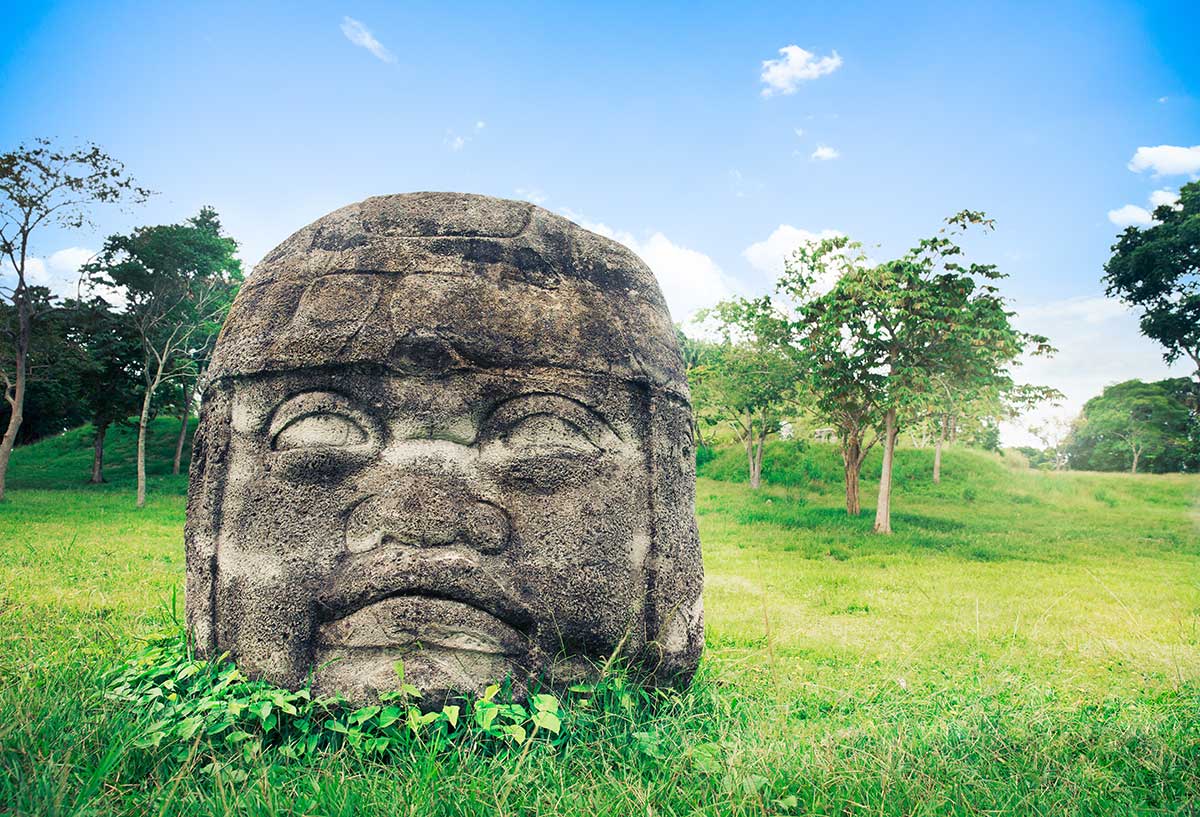 These days it is generally accepted that they portray past rulers. The impressive attention to detail allows one to imagine how these people may have looked like during their lifetimes. 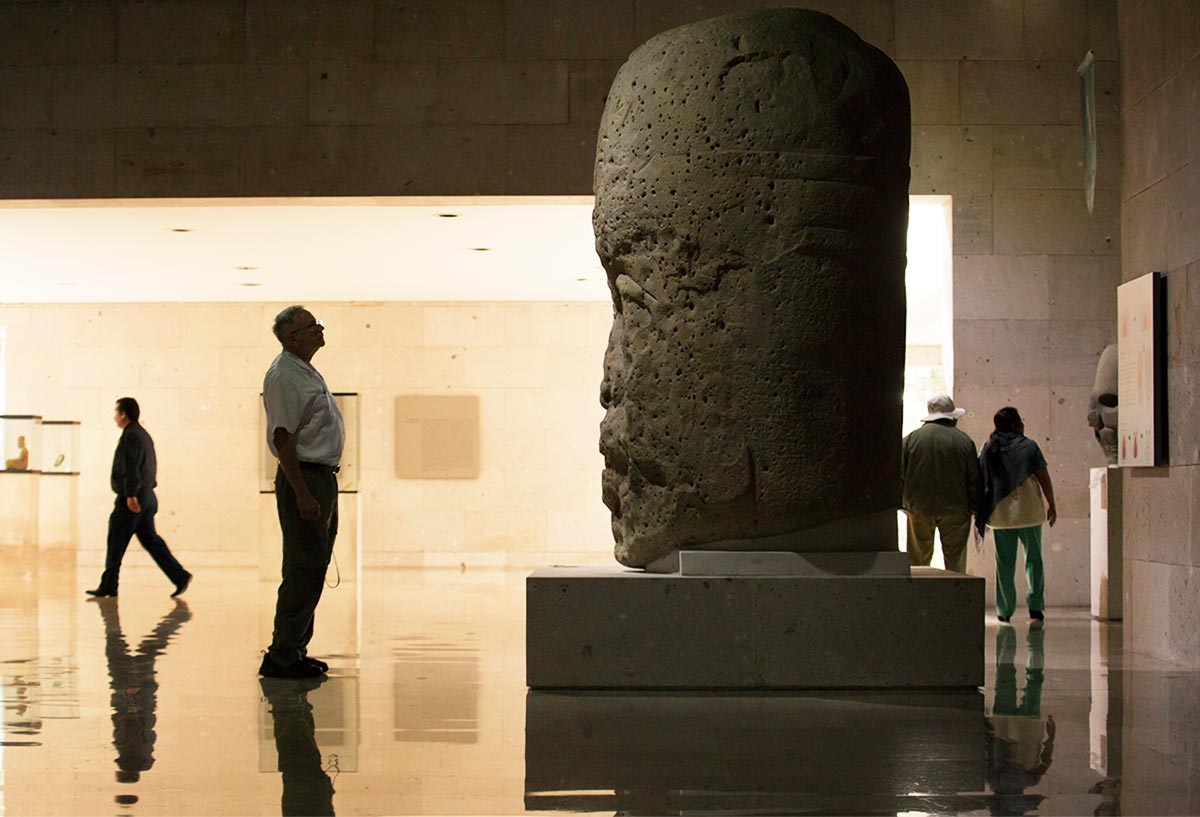