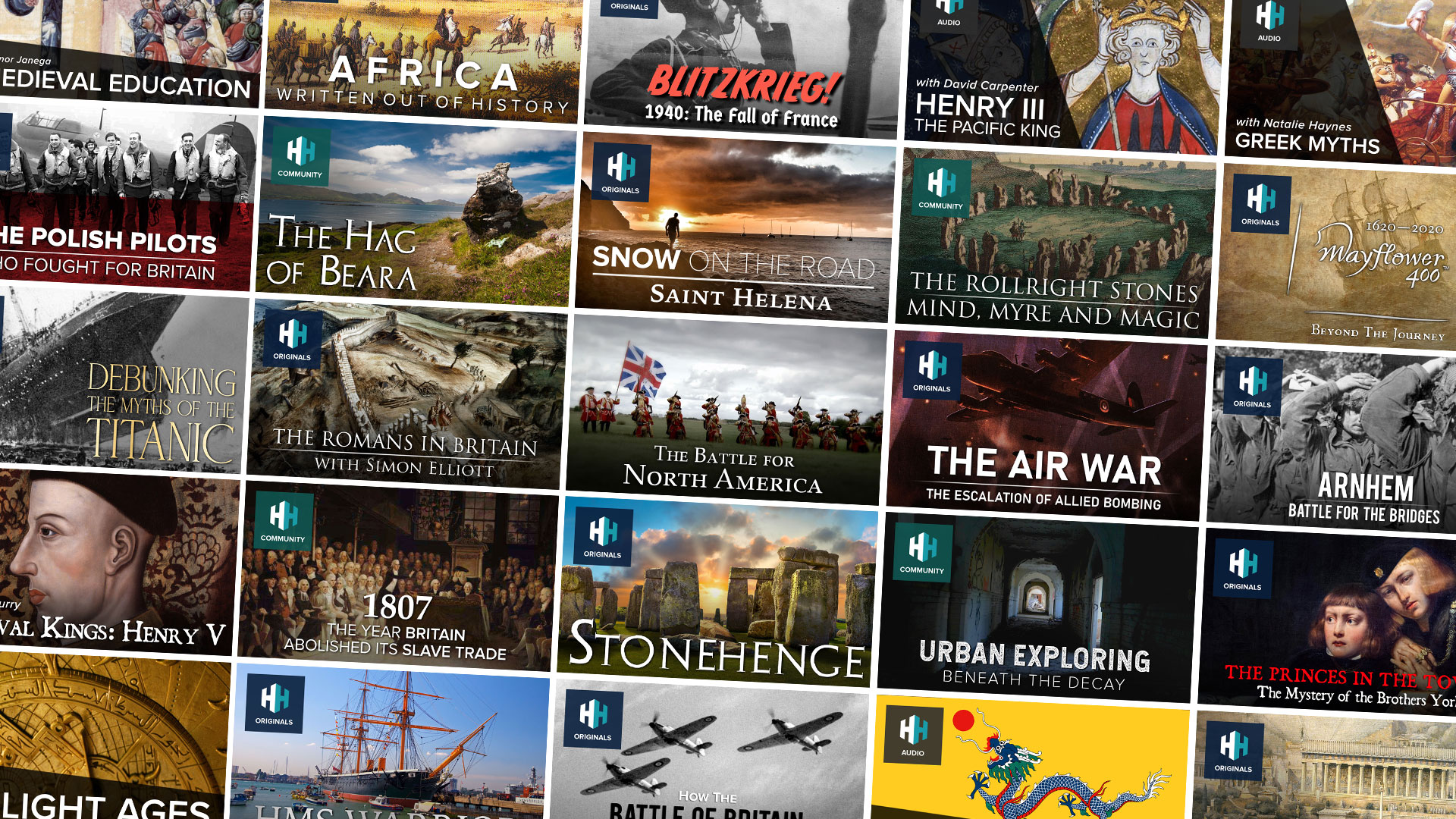 Since its launch in 2017, History Hit TV, a new subscription video-on-demand (sVOD) platform for history fans, has gone from strength to strength. With a rapidly growing number of subscribers and continued investment, the online history channel has created over 400 Originals programmes on a vast array of historical periods and subjects.

From Neolithic Britain to D-Day, viewers will find a wide variety of documentaries to suit their specific area of interest and enjoy the diverse range of talent on display. The platform has hosted various notable public figures and historians, including Tony Blair, Stephen Fry, Suzannah Lipscombe and David Olusoga to name but a few.

History Hit TV’s library of films also cover neglected areas of history and the channel provides a voice to numerous veterans who have shared their remarkable stories of 20th century conflict.

If that hasn’t been enough to whet your appetite, here a list of some of the most exciting and acclaimed programmes on History Hit TV.

If the words, ‘British history’, conjure up images of Elizabeth I, Shakespeare, Boudica, Mary Seacole, The Beatles and the Blitz, you’re squinting at a small spec of the history of humanity of these Isles. Even if you go back to the Roman invasion of Britain in 43 AD, or even further to the Iron Age or the Bronze Age, you’re still only looking at 1% of humankind’s story in this land.

This is a 900,000 year old story of ice ages, glaciers and hunter gatherers. Of lions, hyenas, hippos, rhinos and woolly mammoths. Of archaeological discoveries like Cheddar Man, who was once thought to be the oldest Englishman who ever lived. In History Hit TV’s most watched programme to date, travel writer Noo Saro-Wiwa talks us through the story of the First Britons.

On Christmas Eve 1914 many sectors of the Western Front in France and Belgium fell silent. Troops from all sides put down their weapons and sang carols, exchanged gifts and buried their dead in No Man’s Land. The following day the truce continued in many, but not all areas, and troops gathered in crowds between the lines. There may even have been a bit of a kick about.

In one of History Hit’s largest and most ambitious productions, this is the story of history’s most memorable Christmas – a celebration in the midst of slaughter.

3. In Search of the Great Viking Army

In 865 AD, England was invaded by the Great Heathen Army. The Great Viking Army, as it was also known, was made up of a coalition of Scandinavian warriors mainly from Denmark and, legend has it, four of the five sons of Ragnar Lothbrok, including Halfdan Ragnarsson, Ivar the Boneless, Bjorn Ironeside and Ubba.

This was an army that would change Britain forever. It would lay siege to towns, attack monasteries and kill kings – the most famous of course being St Edmund, who was brutally beheaded by the Norse warriors in 869 AD.

This record-breaking documentary sees Dan Snow joined by bioarchaeologist and Viking specialist Cat Jarman on a road trip across England to retrace the path of this conquering Viking Army.

In one of History Hit TV’s latest and widely acclaimed two-part series, Dan Snow, with the aid of Andrew Choong, curator at the National Maritime Museum, naval historian Nick Hewitt and author Angus Konstam provide a definitive account of the hunt for, and sinking of, the flagship of the German Kriegsmarine, Bismarck.

In 60/61 AD turmoil seized southern Britain. A massive anti-Roman revolt reared its ugly head in East Anglia, as tens of thousands of Britons attempted to evict the recently-arrived Romans from the island by the spear. At its head was one of the most famous figures in the whole of British history.

Conveniently, albeit coincidentally, released before the final of the Euro 2020, this documentary (presented by Tristan Hughes) tells the story of the elusive and unique warrior woman, whose name has become immortalised down through the centuries – Boudica, Queen of the Iceni.

6. D-Day: Secrets of the Solent

On 6 June 1944, Allied forces undertook the largest air, land and sea invasion in history. On D-Day, more than 150,000 allied troops stormed five assault beaches in Normandy, attempting to break through Hitler’s Atlantic Wall. ⁠Whilst the remnants of the D-Day landings can be seen all around Normandy, the origins of ‘Operation Overlord’ are still visible across the Solent.

In one of History Hit TV’s latest documentaries commemorating the 77th anniversary of the invasion, Dan Snow travelled by land, sea and air along the south coast of England accompanied by the historian and D-Day expert, Stephen Fisher, in order to visit some of these incredible remains.

Life in the Medieval period looked like lots of different things to lots of different people. Your place in society could dictate everything from what food you ate, where you could go, how educated you were and even how long you were likely to live for.

Across this insightful and widely commended series presented by medieval historian Eleanor Janega, discover what life was like for those that worked, those that earned, those that learned and those that played in England in the Middle Ages.

8. Alexander the Great: The Greatest Heist in History

It remains one of the most successful and significant thefts in history. In late 321 BC, a carefully-constructed plot was put into operation, which would spark years of bloody conflict between rival warlords.

The target of the operation was Alexander the Great’s elaborate funeral carriage (designed as a miniature mobile temple adorned with gold) and the conqueror’s talismanic corpse housed within. In this documentary, Dr Chris Naunton and Tristan Hughes discuss the events of this great heist in antiquity.

1066 – one of the most famous years in English history. In a succession crisis like no other, three warlords separated by hundreds of miles and savage seas, vied for control of the English throne in a series of bloody battles.

From Harald Hardrada’s crowning victory at Fulford to the renowned Battle of Hastings, Dan Snow travels across England to visit the places where history was made. With the help of experts including Marc Morris, Emily Ward and Michael Lewis, he discovers the story behind the battles and the tales from inside the walls of power.

10. An Indigenous History of Australia

To date, there are over 500 different aboriginal ‘nations’ in Australia; all with distinctive cultures, beliefs, languages and unique histories. Since the arrival of Captain James Cook and the subsequent colonisation of the continent, many of these indigenous populations were, and continue to be repressed.

Apart from those listed above, there have been so many stand-out documentaries on the channel. These include the recent series on Poland At War and the Mystery of The Ninth Legion, as well as standalone programmes about the Mutiny on the Bounty and Women of the Second World War.

Get unlimited access to all of these programmes and hundreds of hours of historical documentaries, stretching from Neolithic Britain to the D-Day Landings, with two new films being released every week. Use code ‘EXTRAMONTH’ at checkout and get your first two months of History Hit TV completely free. 30 days free trial is standard. One extra free month applies with code. Subscription costs £5.99 per month thereafter. 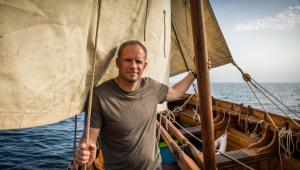 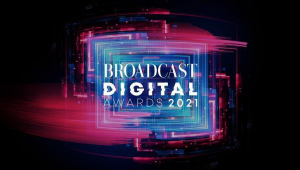