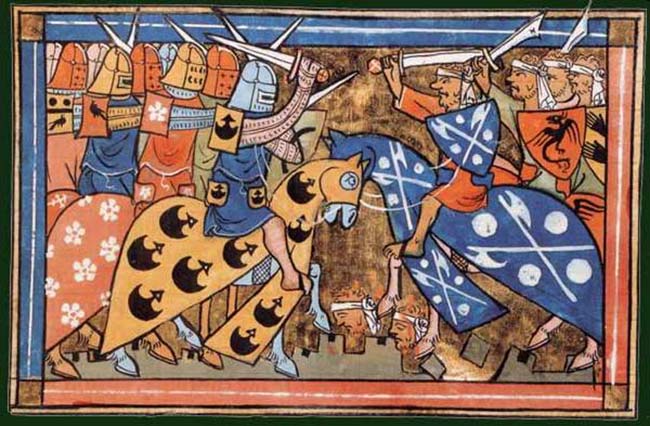 It is easy to see medieval warfare and politics as being long on activity but chronically short on reflection. To misquote the 1970s feminist rallying cry, it is pretty obvious that hairy, unwashed medieval warriors needed strategy every bit as much as a fish needs a bicycle. Or at least that is often our unspoken but default attitude.

This is lazy and patronising thinking, and potentially very misleading. We believe ourselves to be good at strategy because we, alongside our modern governments, their generals and their PR teams, use the word a lot. Despite this, our strategies are often hard to discern in the activities that take place on the ground.

In the crusader states, on the contrary, where the resources and structures for planning and communication were in chronically short supply, there was far less talk of strategy.

There are no surviving memos or irritating Friday afternoon meeting notes from the crusader states. Probably, in the modern sense at least, there were never any formal strategy documents in the first place.

There is, however, an abundance of evidence to show that planning took place, and that the development of long-term strategies was a direct consequence of those plans. Although they did not have the vocabulary to describe it as such, ‘strategic thinking’ was an essential part of the crusaders’ day-to-day survival.

The first strategy developed by the crusaders was to focus on capturing all the coastal cities of Palestine and Syria – fast. Occupying these fortified ports was the only way to maintain direct links home.

These links were not just an expression of logistical theory. They were essential – the necessary solution to an immediate and existential crisis. Without a constant flow of reinforcements and money, the isolated new Christian states would quickly be wiped out.

Key to their coastal strategy was the crusaders’ ability to conduct a series of successful sieges against some extraordinarily well protected cities. The coastal ports of Palestine and Syria were rich, populous and highly fortified.

These ports usually had naval support in their fight against the Franks, either from the Fatimid regime in Egypt or, in the case of the Byzantine ports of northern Syria, from the imperial fleet operating out of Cyprus. In addition to their own garrisons and urban militia, they also had occasional access to military help from the Muslim armies of Egypt and Syria.

The strategy had been successful, as the crusaders capitalised on Muslim disunity to establish control of a series of highly defensible fortified cities on the coastline of the Eastern Mediterranean. By doing so they were able to build a vital bridgehead into the Middle East and maintain the all-important lifeline back to Europe.

Capturing the major Muslim inland population centres – the hinterland strategy – was the next logical thrust. But it would never be as easy. Away from the coast, where the Franks had naval support from Europe, siege operations were fraught with difficulties.

Dominating a substantial hinterland would allow the Franks to create a defence in depth. If they were able to control the interior, the Christian states of Palestine and the Syrian littoral would be able to put down roots and mature.

In this strategic context, the key issue was whether the old Christian cities of the hinterland ever be recaptured.

Each of the major cities were attacked in earnest on several occasions, in increasingly desperate attempts to open up the interior. Aleppo was the objective for two serious campaigns (1124–5 and 1138); Shaizar was besieged twice (1138 and 1157); and Damascus was the target of concerted assaults in 1129 and 1148.

But, regardless of their efforts, and despite the fact that crusader field armies were generally highly feared, almost all major Christian sieges in this period ended in failure, and the hinterland strategy stalled. The tactical reality was that Frankish armies, once inland, were hugely outnumbered, surrounded and isolated in enemy territory.

More ominously, this failure was also a symptom of the deeper systemic issues facing the Christian states of the Middle East.

With the Muslim enemy in Syria becoming ever more consolidated, the crusader states were faced with the inevitable prospect of being destroyed piecemeal.

The crusaders had unequivocally failed to establish themselves inland – and the ‘Egyptian strategy’ which followed was an inevitable consequence of this failure. There was a recognition on the part of the Franks that Egypt was critical if they were to have any long-term future.

The crusader states had only a very precarious and limited future ahead of them if they were confined to a string of coastal cities. They would never have sufficient manpower for long-term survival. Egypt was the key to solving this dilemma, and by this time it was the only potentially sustainable hinterland still available.

This belief was a central policy objective that transcended individual reigns, and clearly constituted an ‘institutional’ strategic view within what passed for the bureaucracy of the Latin Kingdom of Jerusalem.

The Franks launched a highly focused series of invasions of Egypt in 1163, 1164, 1167, 1168 and 1169. Help was eventually provided on various occasions by the Sicilian-Normans, the Byzantine empire, the military orders and crusading contingents from the West.

However hard they tried, the crusaders’ invasions failed – there were never enough men on the ground to make their conquests permanent.

Even worse, in 1169 Saladin took control of the old Fatimid empire, and even that last vestige of hope was taken away. Surrounded and increasingly outnumbered, the crusaders now needed to exert every sinew just to hang on to what they already had.

The balance of power had changed – fundamentally and for the foreseeable future. To deal with the deteriorating military situation, the Franks were forced to develop ways in which they could stem the impact of seemingly unending Muslim invasions – a defensive ‘frontier strategy’.

This strategy focused on pushing resources out to shore up the border zones and was hardly a long-term solution. But, given the lack of alternatives, every effort was put into making it work as well as possible.

Diplomatic help was galvanised wherever it could be found, local troop numbers were increased and state-of-the-art castles were built to ensure that the limited available manpower was used to best effect. The development of the concentric castle, a fortification with multiple layers of walls and more sophisticated defensive features, was the most overt feature of this effort.

The shift was more far-reaching than just that. It was symptomatic of an ‘arms race’ in the region that, unless political unity among the Muslim states fractured, would continue to pile increasing pressure upon the crusaders.

The frontier strategy came to an end when the Frankish army was overwhelmed by Saladin’s Ayyubid forces at the Horns of Hattin in 1187. But even if they had been better led at Hattin, the deck was always going to be stacked against the crusaders. Overwhelming numbers and geopolitical resilience meant that the Muslim forces only needed to win once. Regardless of strategy, the Franks needed to win every time.

Contrary to our prejudices, the crusaders were natural, intuitive strategists – but once you are so severely outnumbered, strategy can only get you so far. The timing of defeat was a variable with only one likely ending.

Dr Steve Tibble is an honorary research associate at Royal Holloway, University of London. ‘The Crusader Strategy’ (Yale, 2020) is now available in hardback. 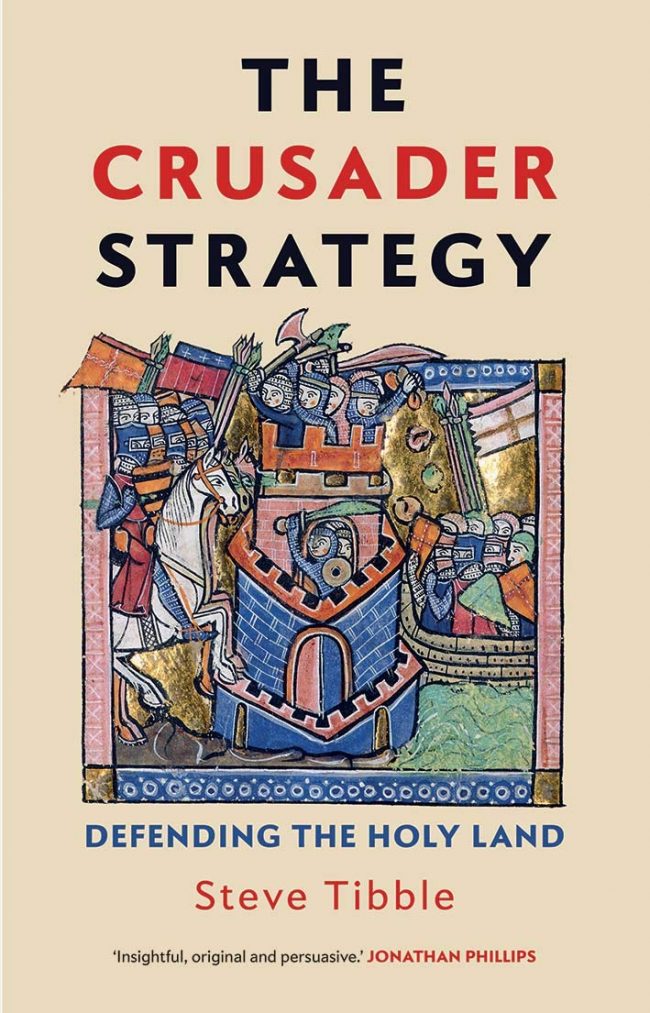