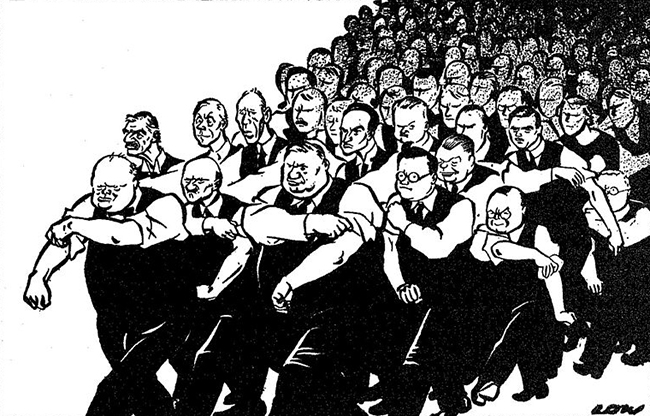 Originally from New Zealand, David Low (1891-1963) was a political cartoonist who worked for many years in the United Kingdom.

He is known for his satirical work in the Evening Standard, especially his depictions of Adolf Hitler, Benito Mussolini and Joseph Stalin, but also for his criticism of British Prime Minister Neville Chamberlain’s policy of Appeasement toward Hitler.

Low’s work for the Standard during the 1930s and 40s caught the ire of the Nazis, resulting in his name being placed in the infamous SS Black Book, a list of people to be arrested when Germany was to eventually invade the UK.

David Low is remembered as one of Britain’s greatest cartoonists. His work can be seen on display at Westminster Hall.

1. Hitler burning the League of Nations

Here Low is referring to the burning of the Reichstag in Berlin, 1933, which was blamed on communists and which Hitler used to restrict civil liberties and institute a mass arrest of Communist Party members. Low compares this act to Hitler’s aggression in Europe. The League of Nations is also shown as weak and ineffective. 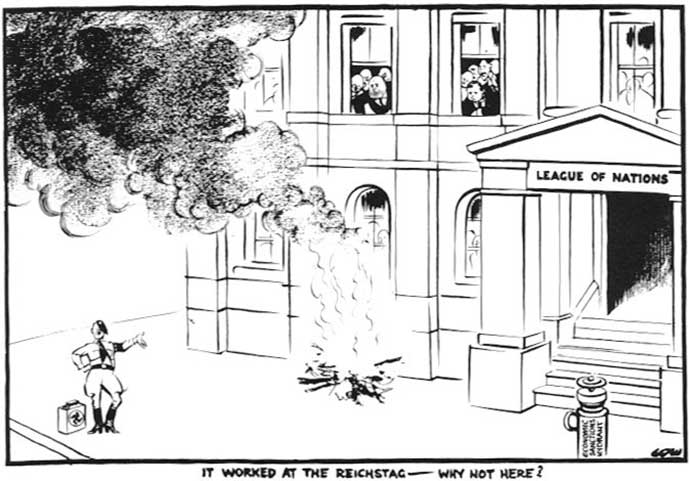 2. Stalin’s exclusion from the Munich Agreement

This Low cartoon depicts the Munich Agreement, in which Germany annexed parts of Czechoslovakia, creating what was called “Sudetenland”. The Soviet Union and Czechoslovakia were not invited to the conference. 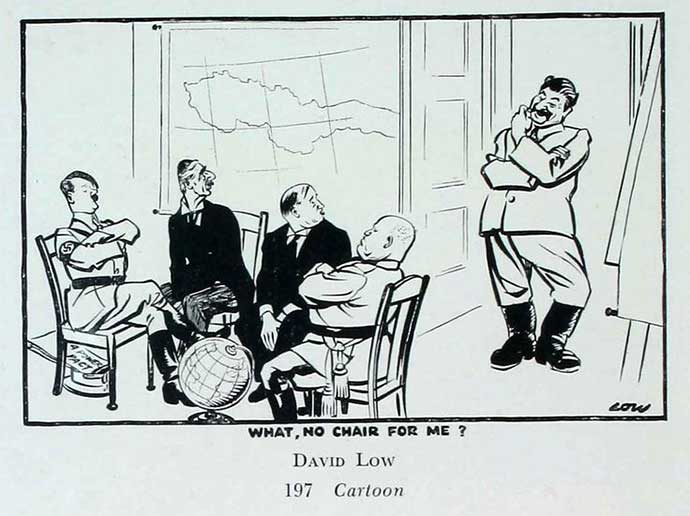 3. Hitler as ‘conductor’ of European dictators

Here Low is representing Europe’s totalitarian leaders (Mussolini, Franco and Stalin) as a singing group with Hitler waving the baton. 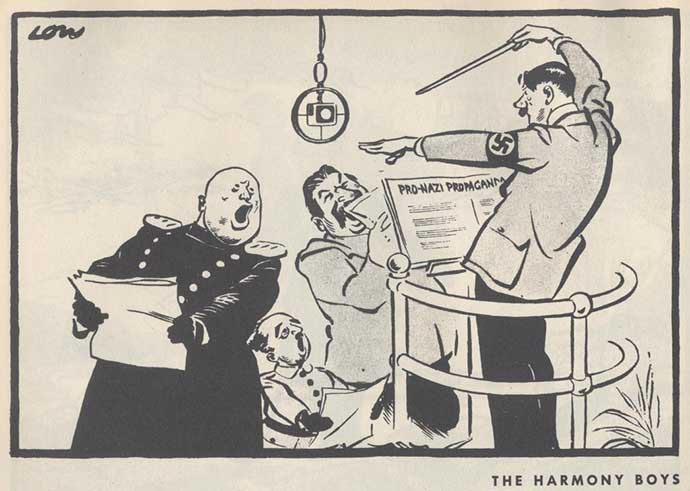 Here we see Hitler and Mussolini in a motorcade surrounded by secret police and soldiers, while Britain’s Chamberlain and France’s Daladier hold the ‘Anglo-French’ talks, represented by a small umbrella. 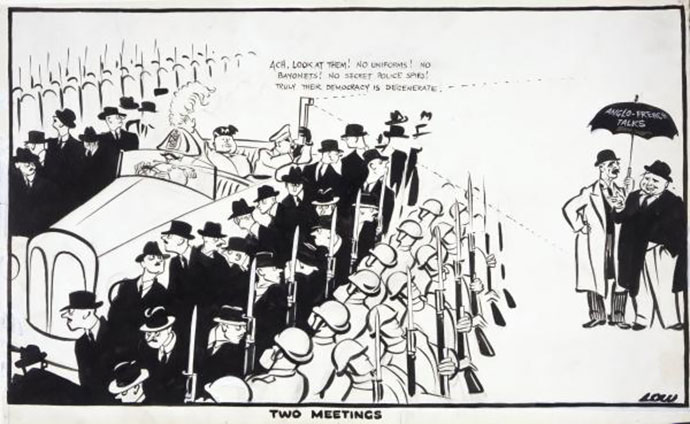 Part of a two-page spread for KEN magazine in 1938, we see Hitler as puppet master with a sinister ‘show’ for taking over Europe. 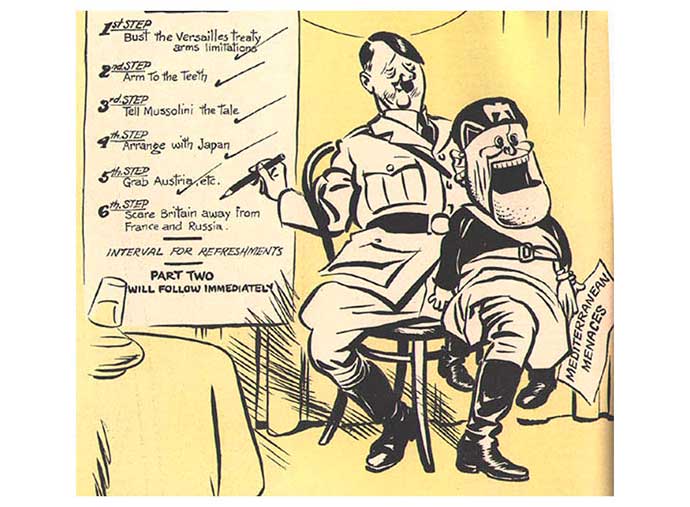 6. The ill winds of totalitarianism

In this 1936 comic from the Evening Standard, Japan and Germany are shown as militarised windmills, while ‘Abyssinian Breezes’ refers to Italy’s invasion of Ethiopia. 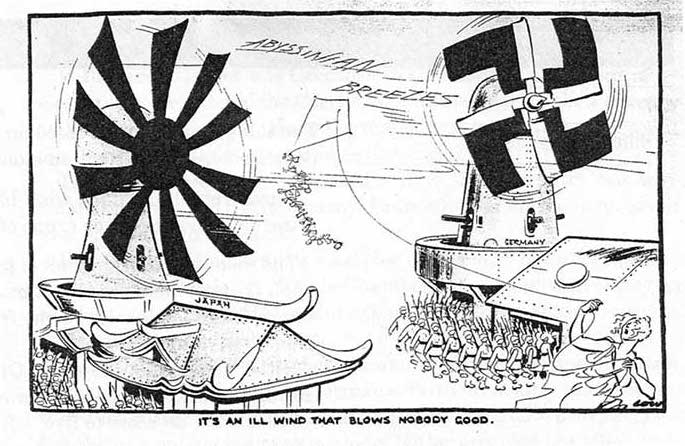 7. Britain ignores Fascism at its peril

Low was an outspoken critic of Chamberlain’s policy of Appeasement toward Germany, here depicted as a hungry alligator. 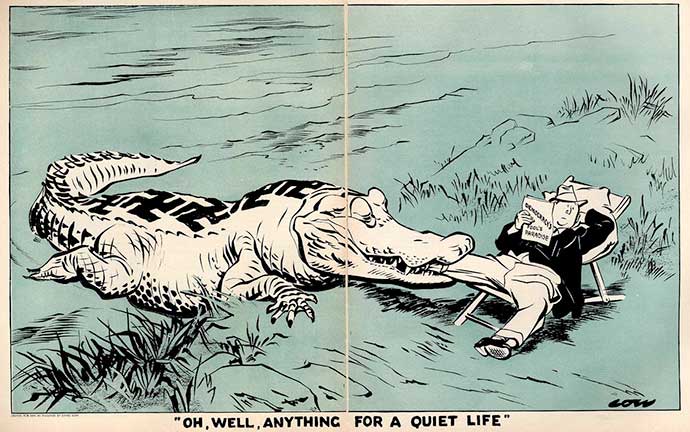 This Low comic from the Evening Standard in September 1938 shows a group of unfolding crises in Europe and the rest of the world, lining up behind Hitler. 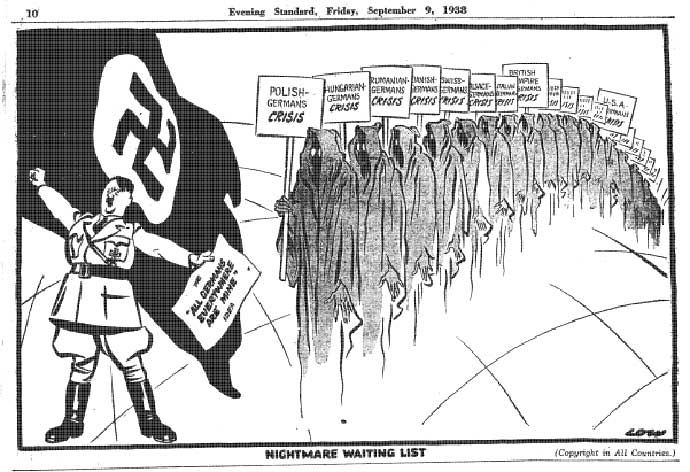 This comic, from August 1944, depicts the ultimate failure of Hitler’s ambitions in Europe, falling like a house of cards. 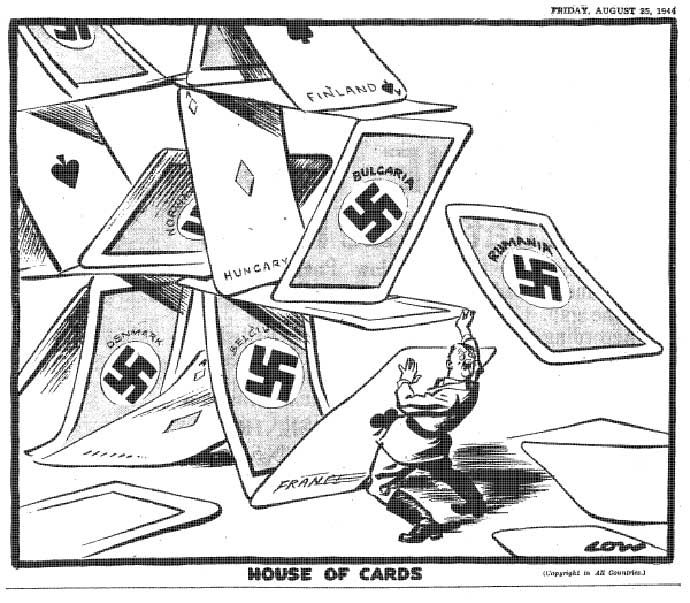 Towards the end of the Second World War, Low has drawn himself drawing Hitler and Mussolini as they weep over their defeat. 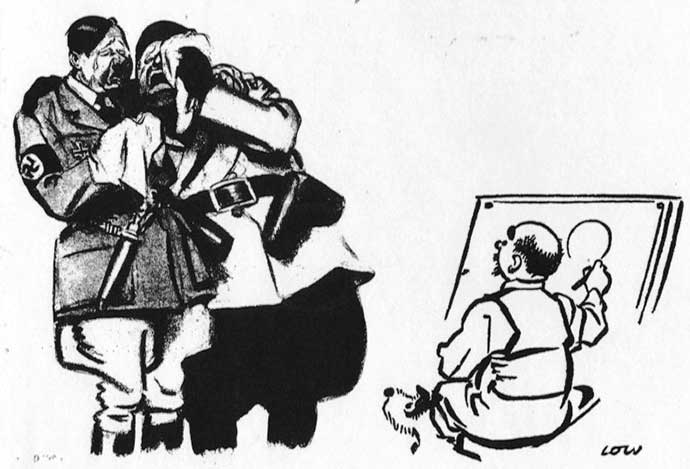 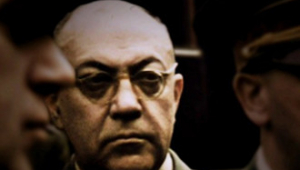 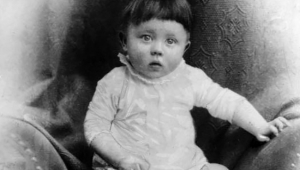 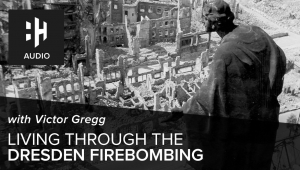 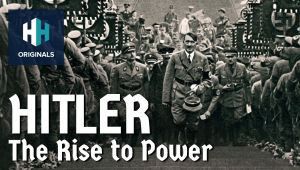 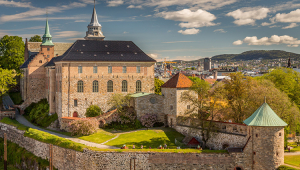 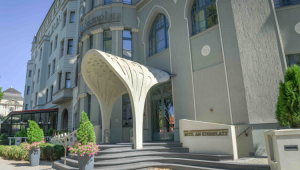