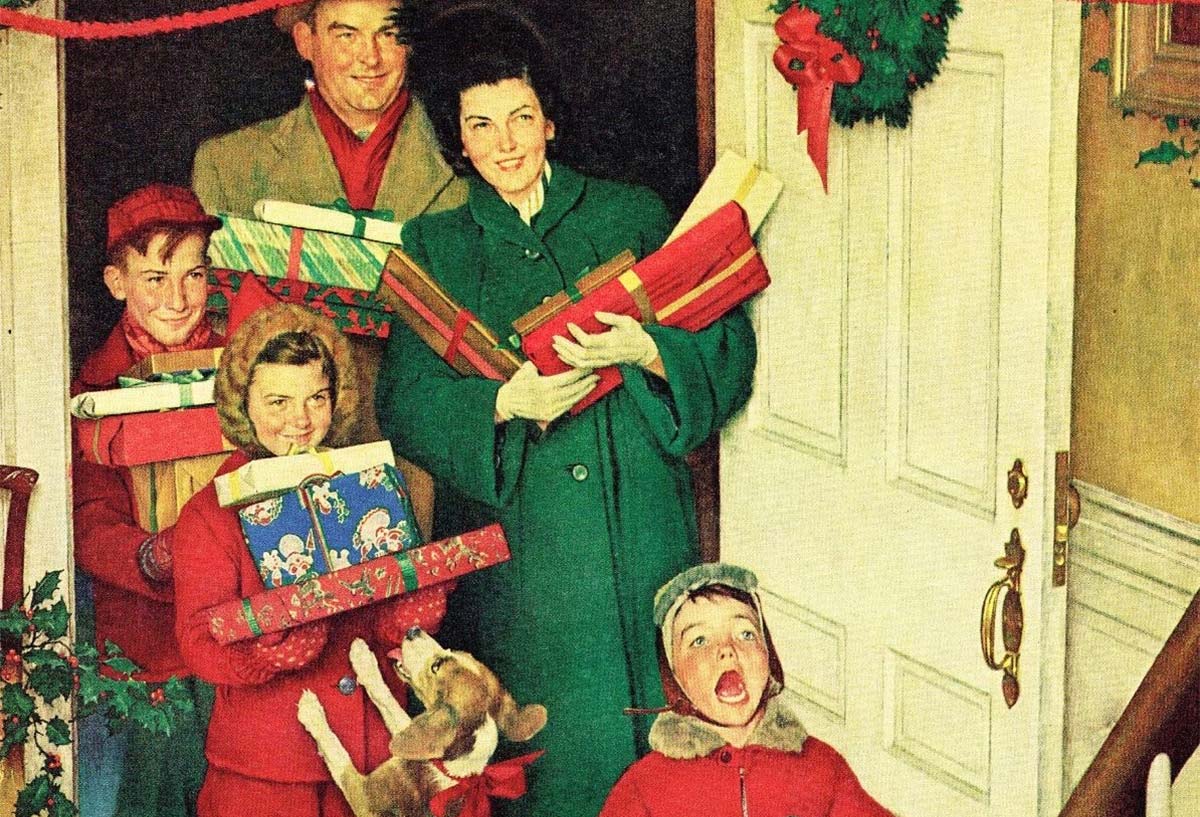 Throughout history there have been a multitude of artists whose work was dismissed and seen as ‘low brow’ during their lifetimes, to then later be highly regarded by newer generations. Norman Rockwell, born 1894 in New York, was one those creative minds – highly prolific and popular with the American public, but looked down upon by established art circles. His ability to depict ordinary moments of life in a humorous way gathered him a large following, with many of his works featuring as covers for The Saturday Evening Post.

Rockwell displayed an artistic interest from a young age, attending Chase Art School at the age of 14. He received his first commissions while still a teenager, illustrating for the Boy Scouts of America magazine Boys’ Life.  For the next 50 years he would produce over 4,000 original works of art, including book illustrations, portraits, magazine covers and advertisements.

Many of Rockwell’s most famous illustrations have Christmas as a central theme, evoking a sense of nostalgia and whimsy which resonates with viewers to this day. They depict an idealised, quaint view of American life and the December holiday, with a distinct New England perspective. The comfort and abundance, characterised by the idealism and materialism present in his work, has become for many the default way to think about Christmas.

Here we have a look at some of Norman Rockwell’s most wonderful Christmas-related paintings and illustrations. 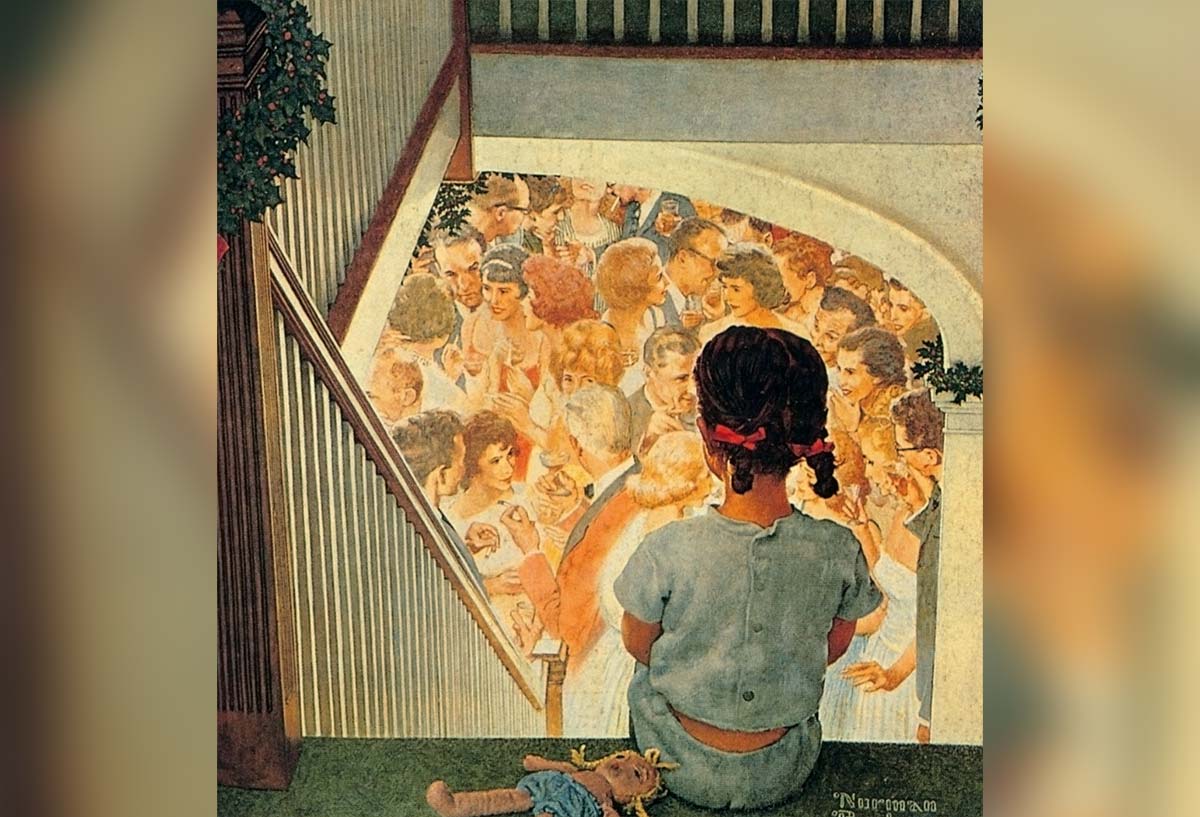 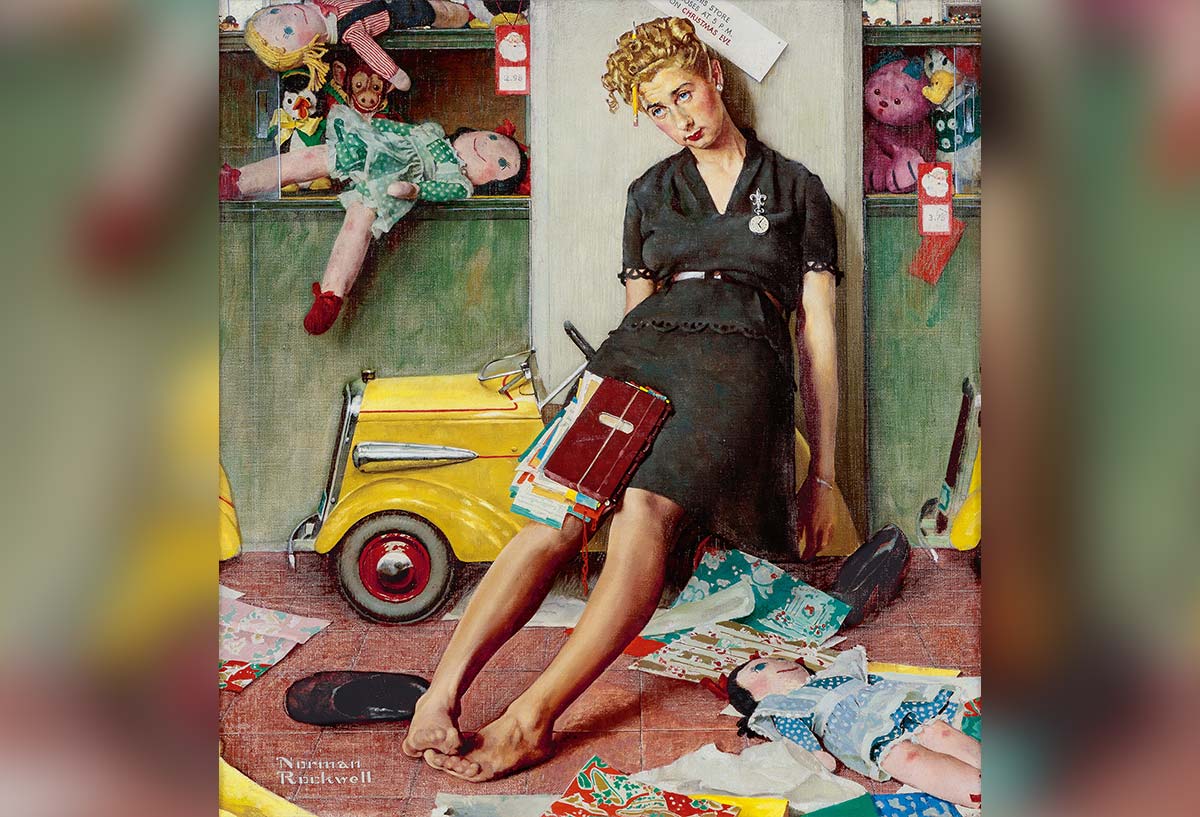 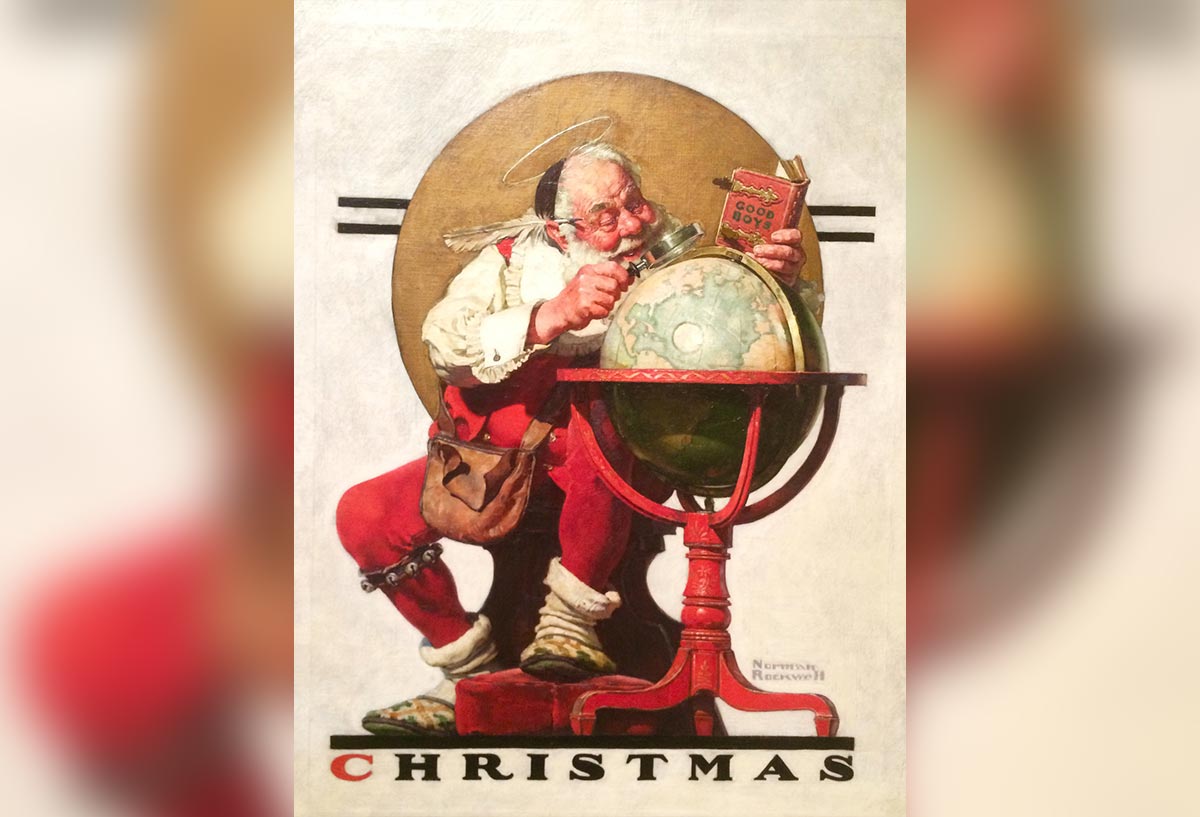 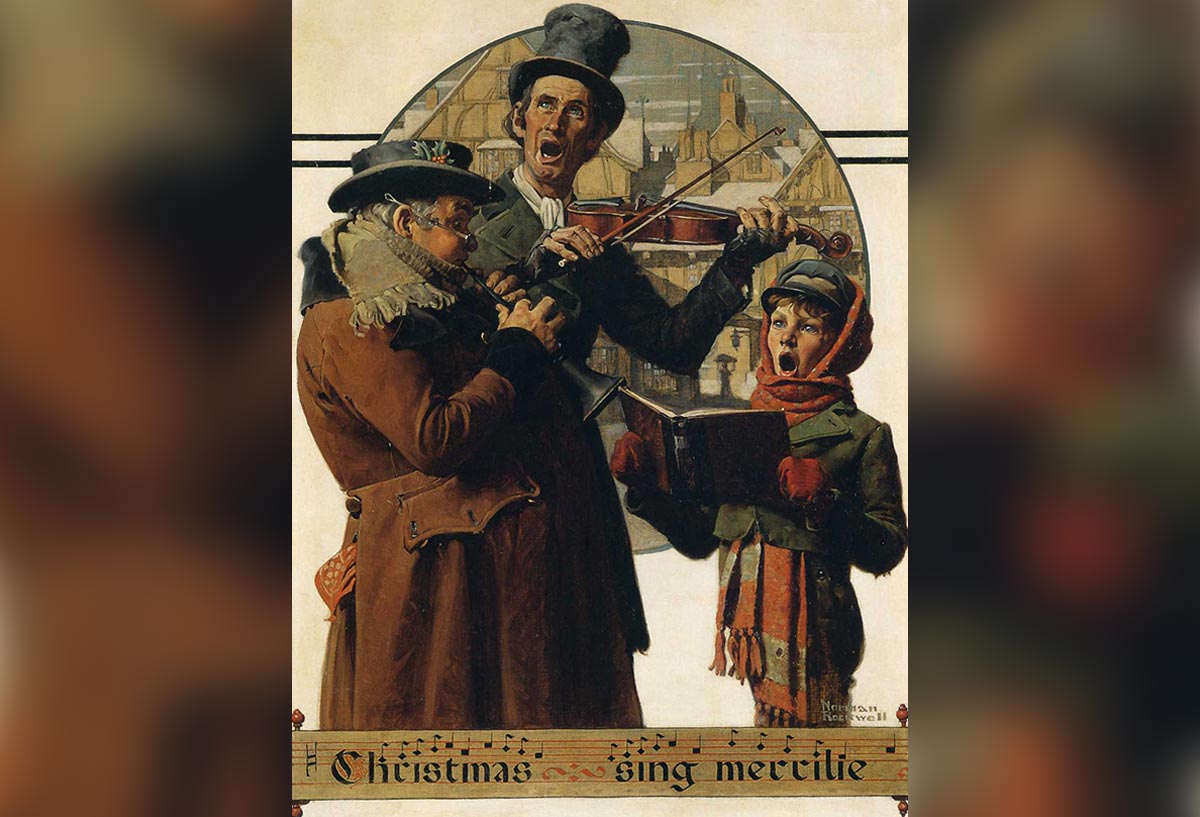 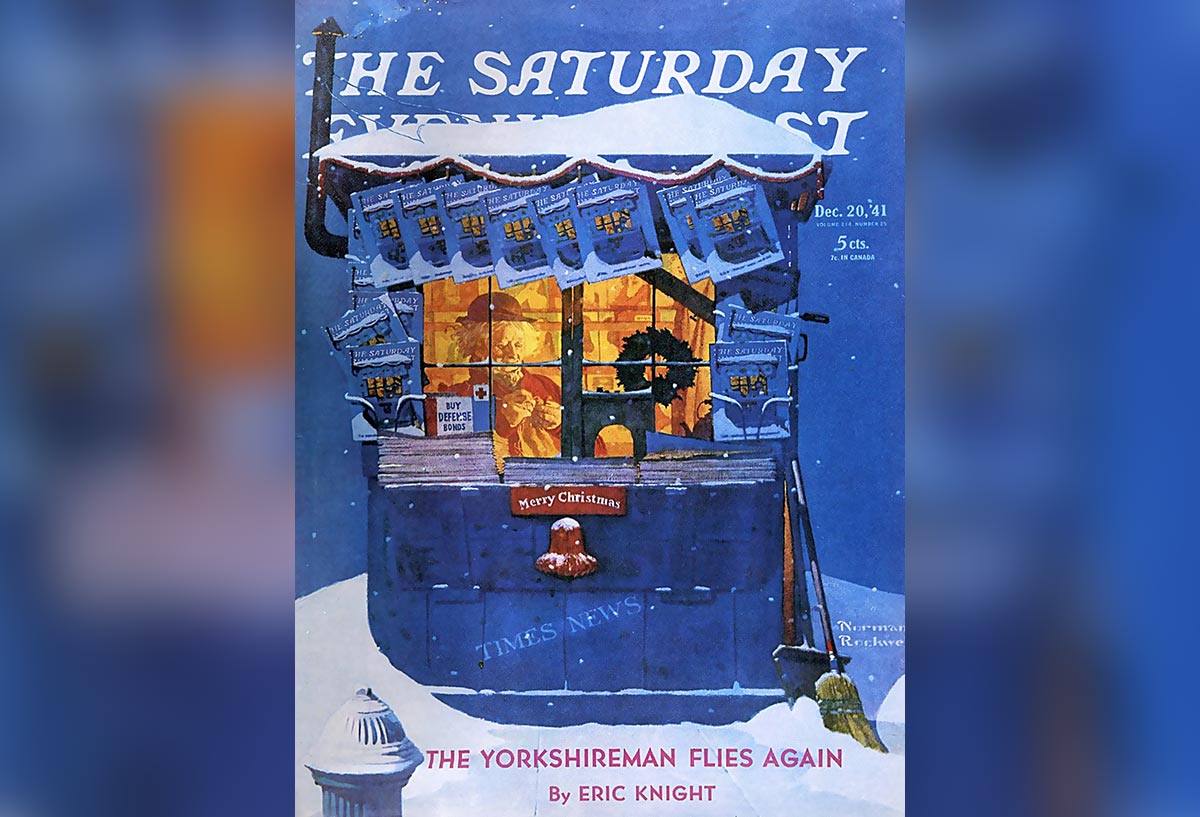 ‘Newsstand in the Snow’ by Norman Rockwell, cover of ‘The Saturday Evening Post’ (20 December 1941) 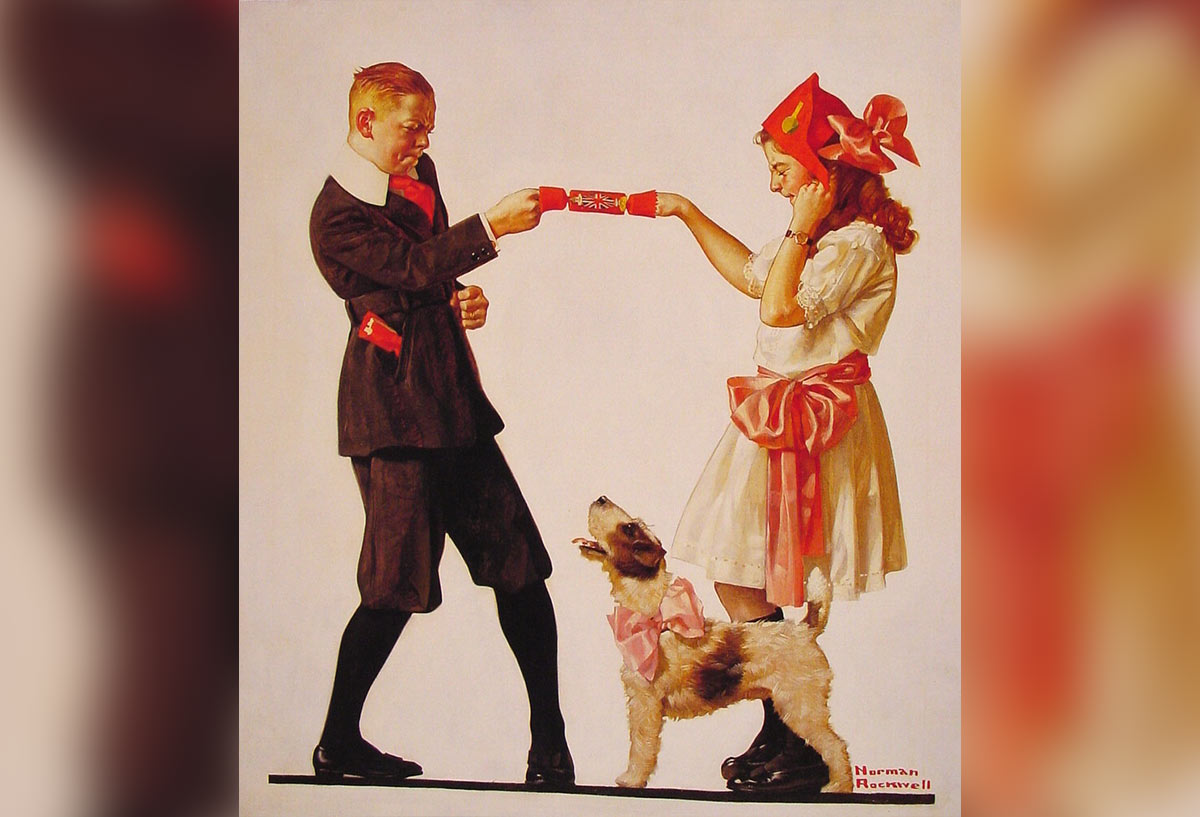 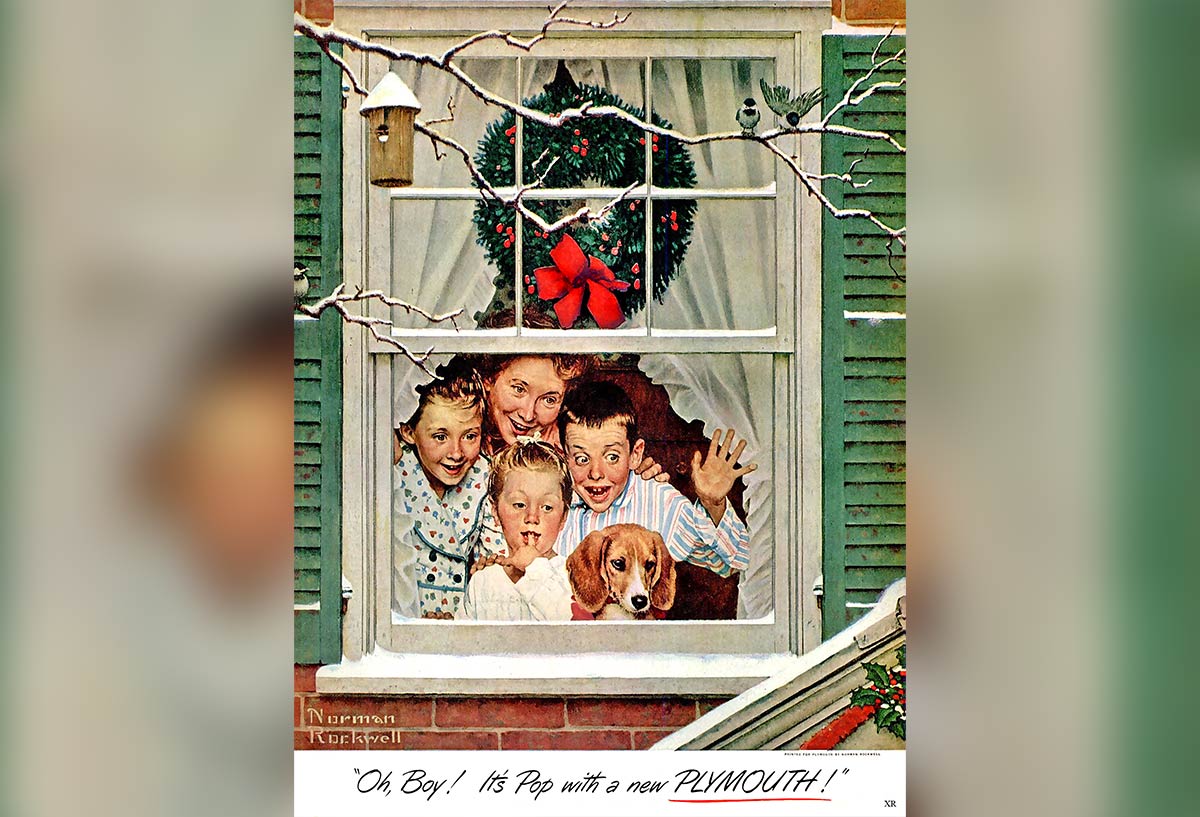 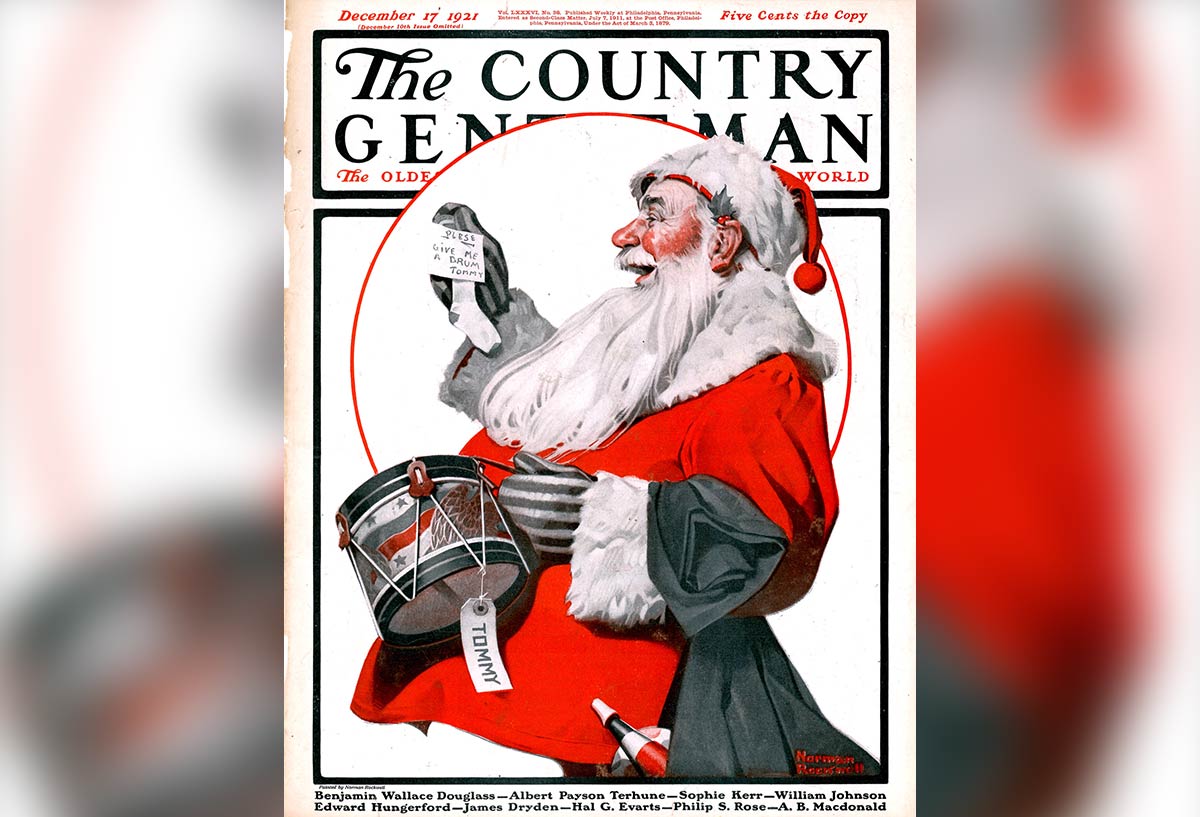 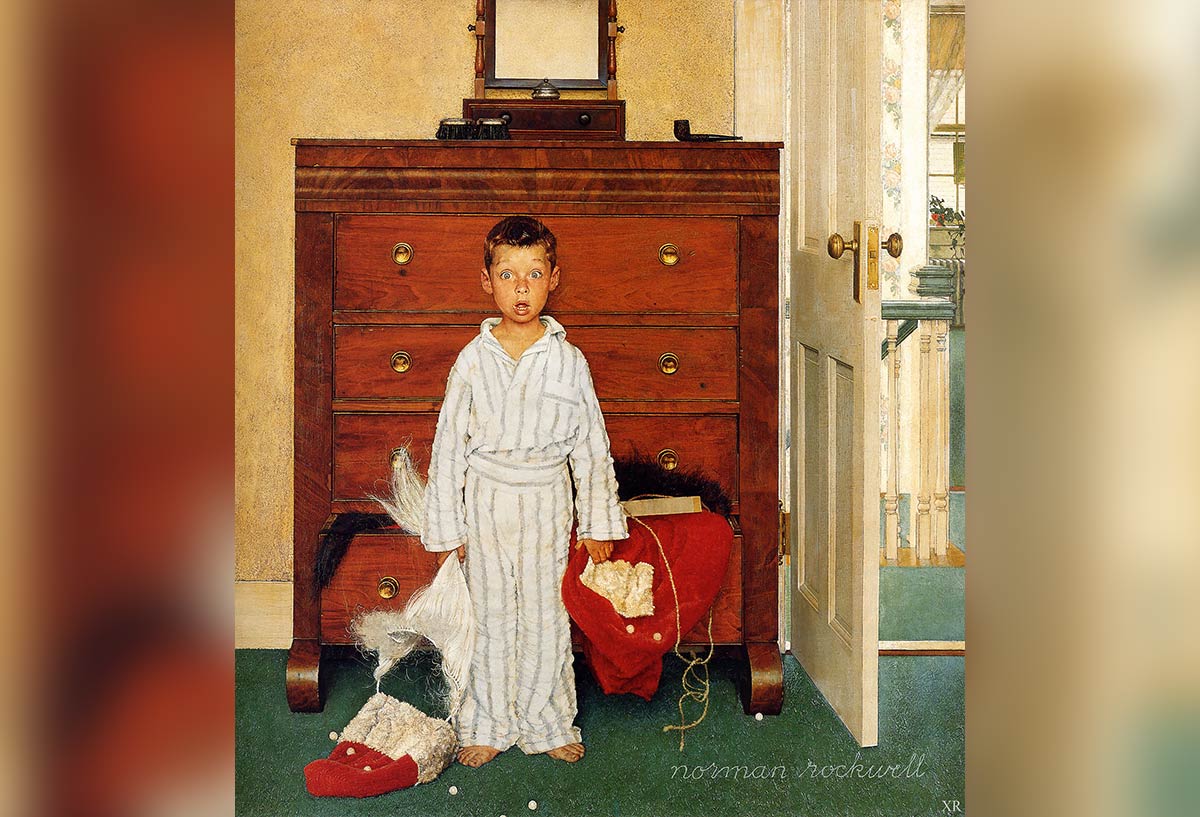 ‘The Discovery’ by Norman Rockwell, 1956 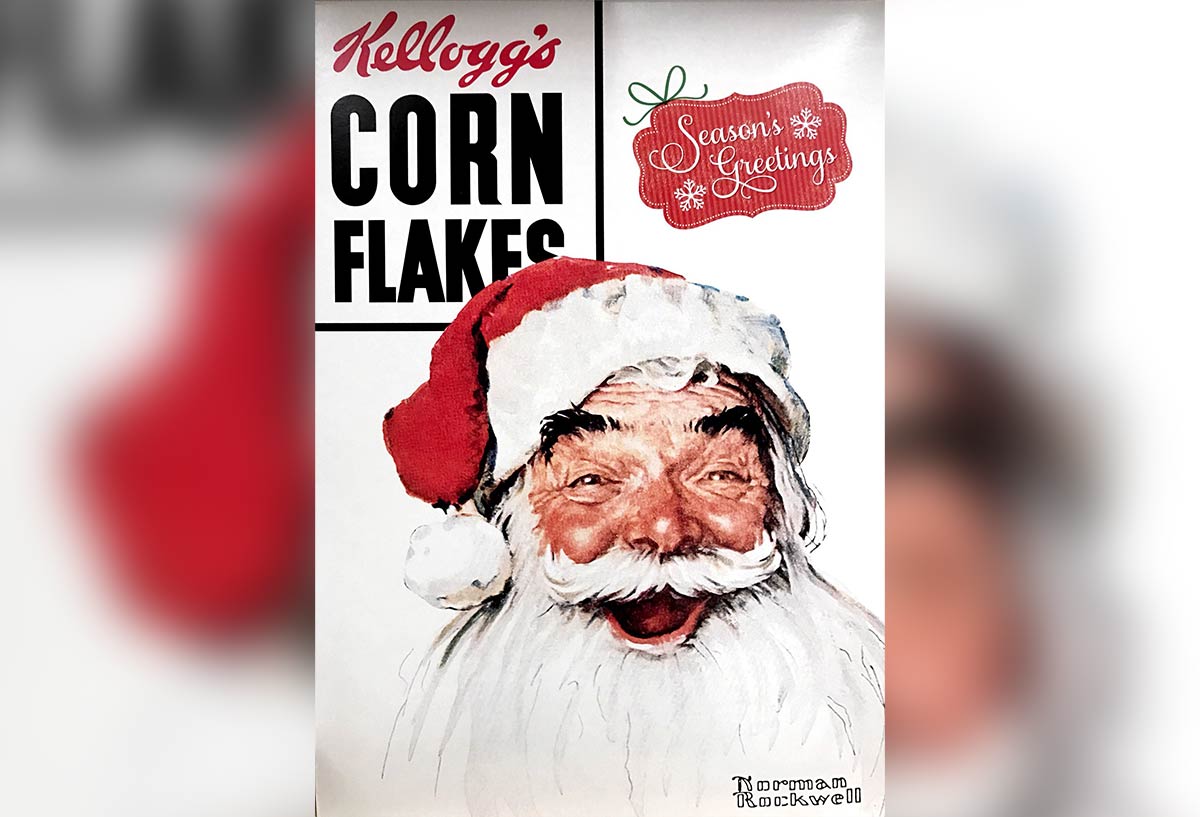 ‘Santa Claus’ by Norman Rockwell. The popular illustration has been used in a seasonal Kellogg’s corn flakes package design