Enola Gay: The B-29 Airplane That Changed the World | History Hit 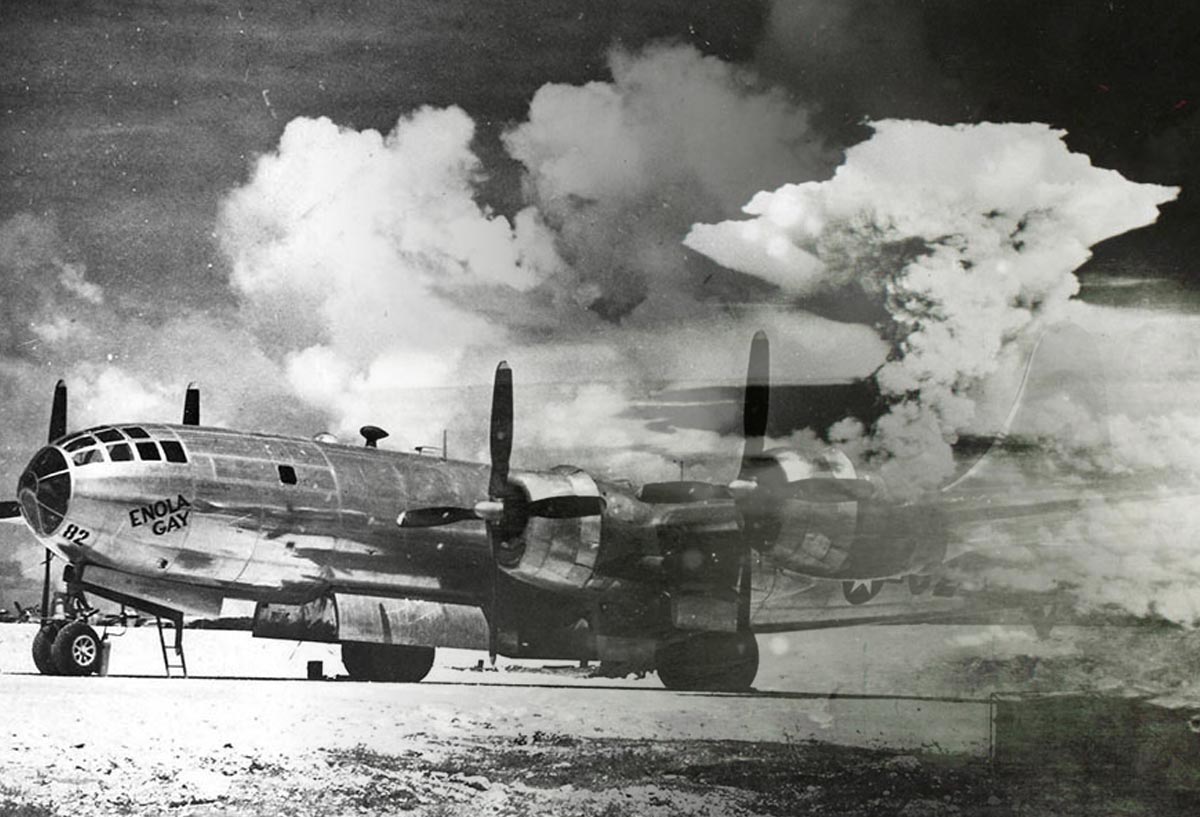 In the early hours of 6 August 1945, three aeroplanes took off from the Mariana Islands in the Pacific. For hours they charted a course towards the Japanese coast, with Paul Tibbets piloting one of the planes. After hours of nothing but ocean beneath him and his crew, land became visible. At 8:15 am Tibbets was able to complete his mission, by dropping one single bomb onto the city of Hiroshima. The resulting blast would become the most powerful explosion created by man up to that point, bringing unspeakable destruction to the Japanese city. The plane carrying Paul Tibbets, his crew and most importantly the bomb was a Boeing B-29 Superfortress named ‘Enola Gay’.

B-29 Bombers were designed to be a high altitude aircraft, capable of performing devastating bombing raids. They were one of the crowning achievements of the American military, with the development cost exceeding the Manhattan Project. Throughout the 1940s and 50s they would help to maintain the US air force supremacy on the world stage. Thousands were created, but arguably only one is known by name by the general public – ‘Enola Gay’. Few planes can claim to have such importance in world history, but through Enola a new era was ushered in. The US nuclear attack on Hiroshima marked the first time an atomic bomb has been used in a war, an ominous landmark that was only ever repeated once more with Nagasaki three days later.

Here we look back in pictures at the history of ‘Enola Gay’ and its historic mission. 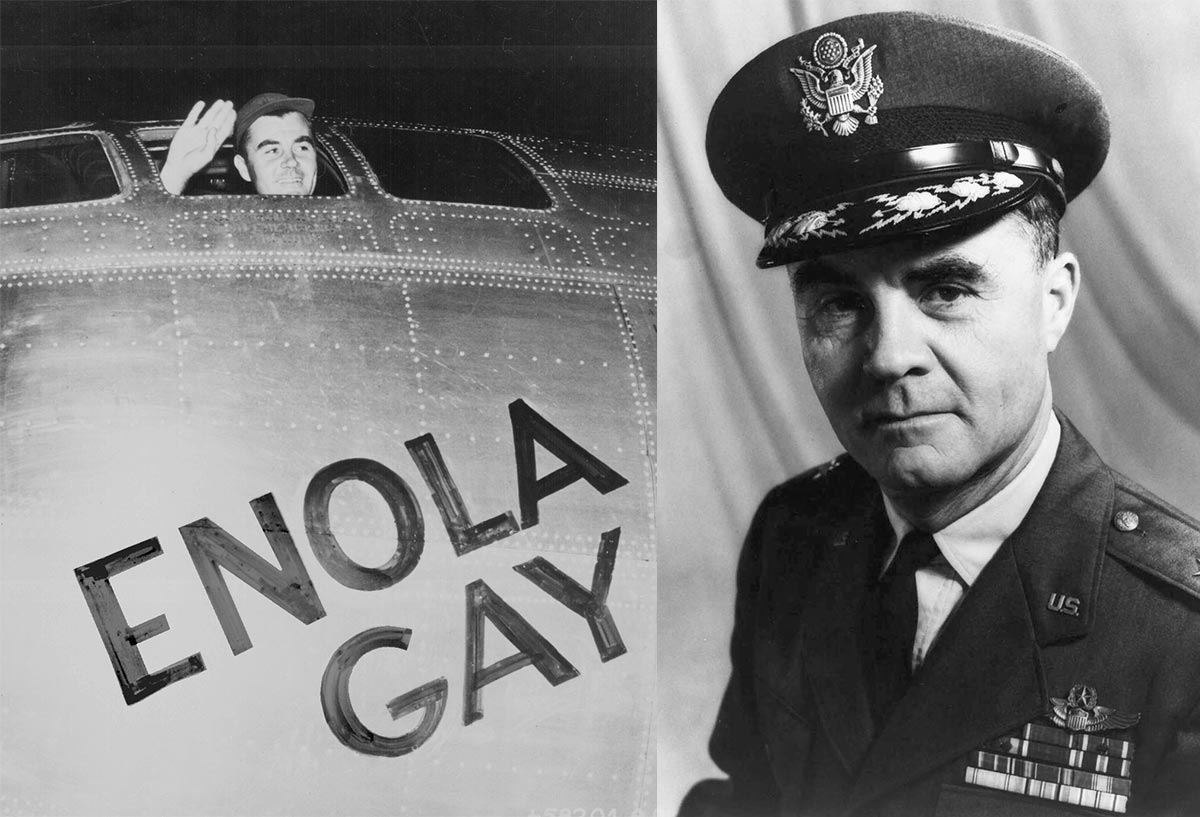 The B-29 Bomber was named after Paul Tibbets mother Enola Gay Tibbets, with whom he had a close relationship with. 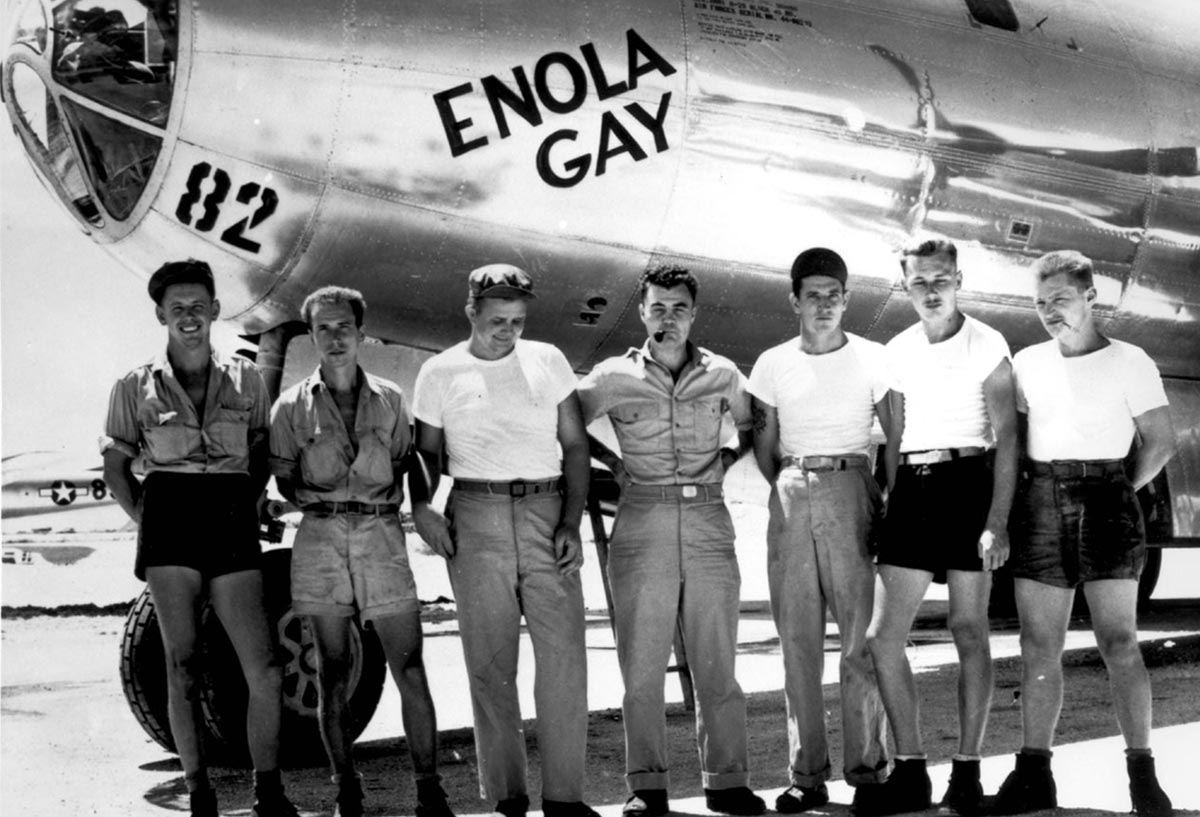 Enola was handpicked by Tibbets while it was still on the assembly line. 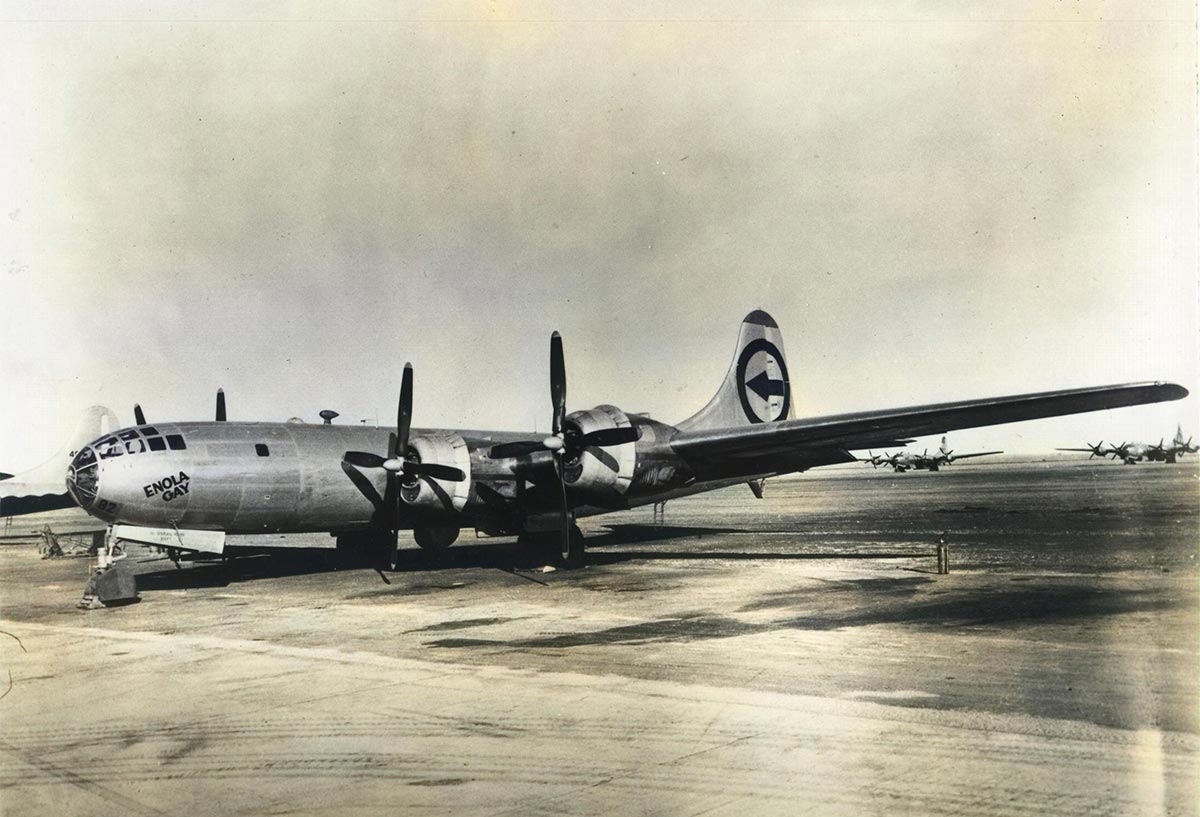 First flown in 1942, the B-29 model became popular in the Pacific theatre of World War Two. 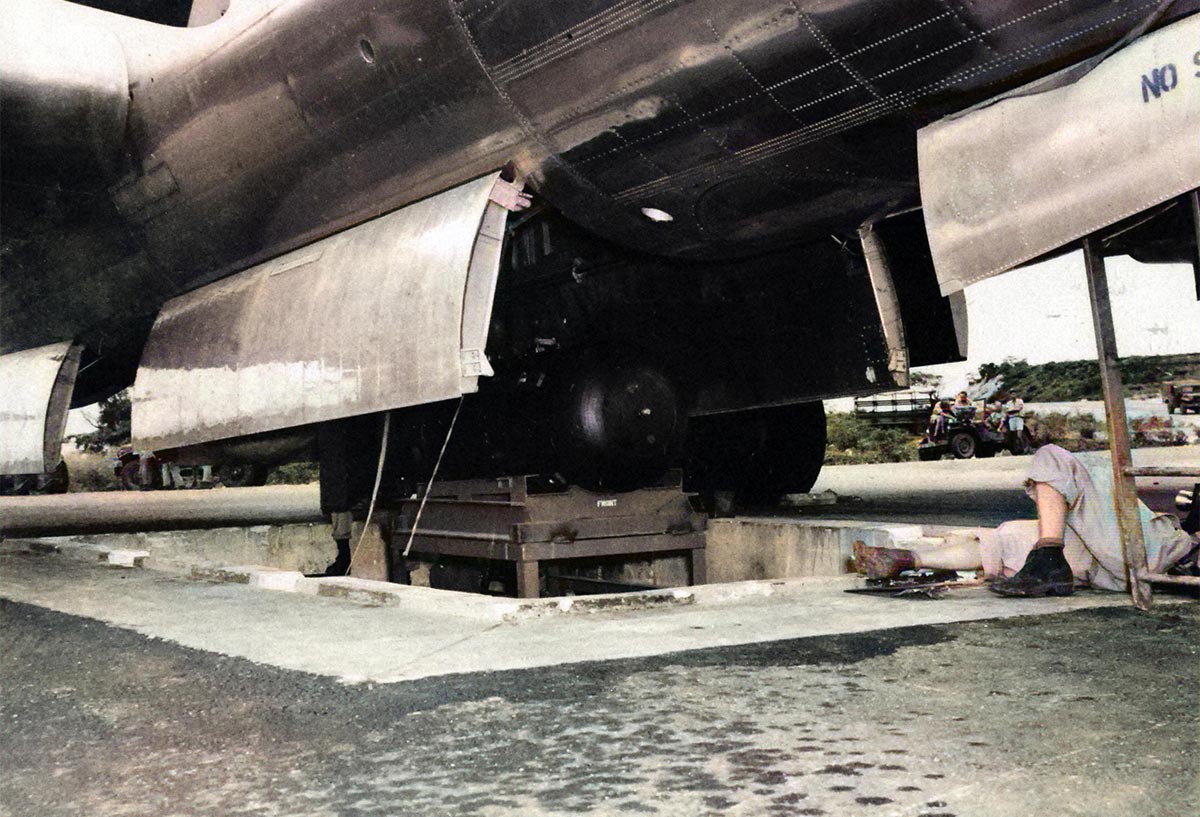 ‘Enola Gay’ carried the first atomic bomb ever used in a military conflict. The plan was to detonate the bomb above the Aioi Bridge, but due to strong crosswinds it missed the target by 240 metres. 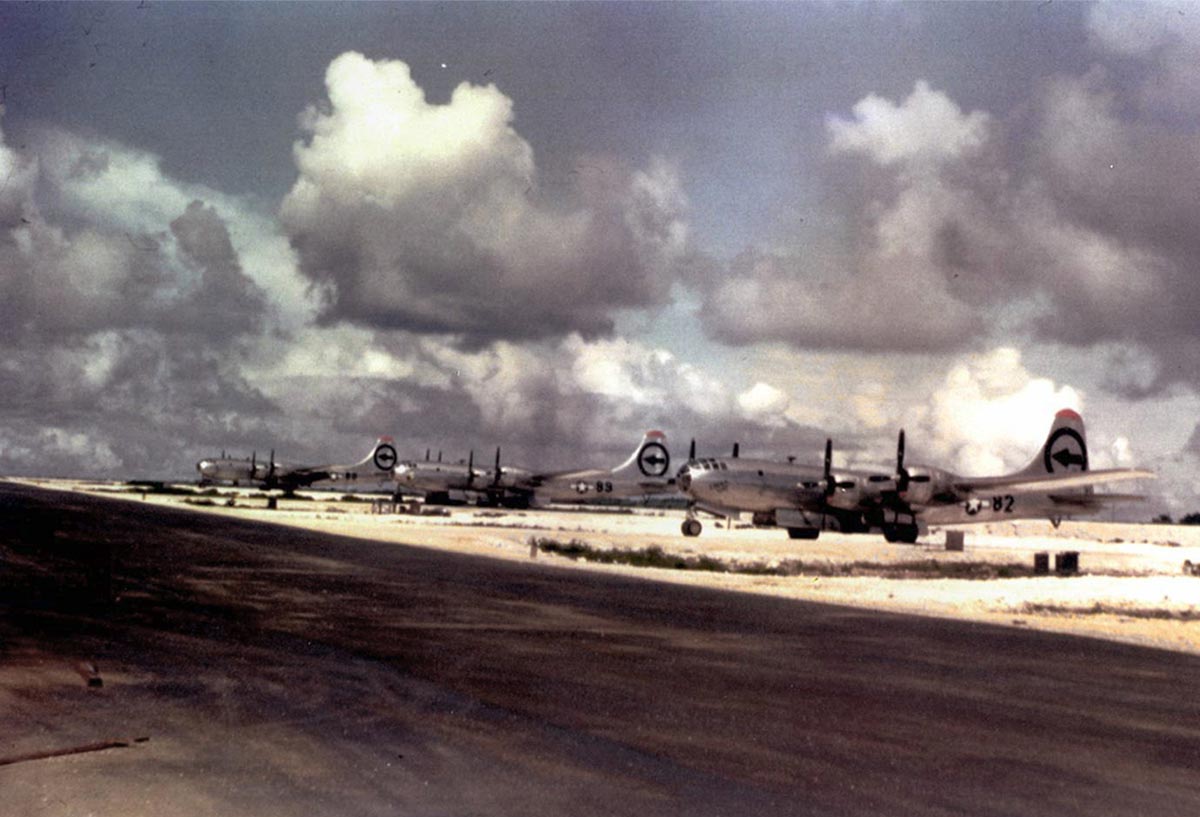 Aircraft of the 509th Composite Group that took part in the Hiroshima bombing. Left to right: ‘Big Stink’, ‘The Great Artiste’, ‘Enola Gay’

Hiroshima was selected as a target because of its industrial importance and because it was the site of a major military headquarters. 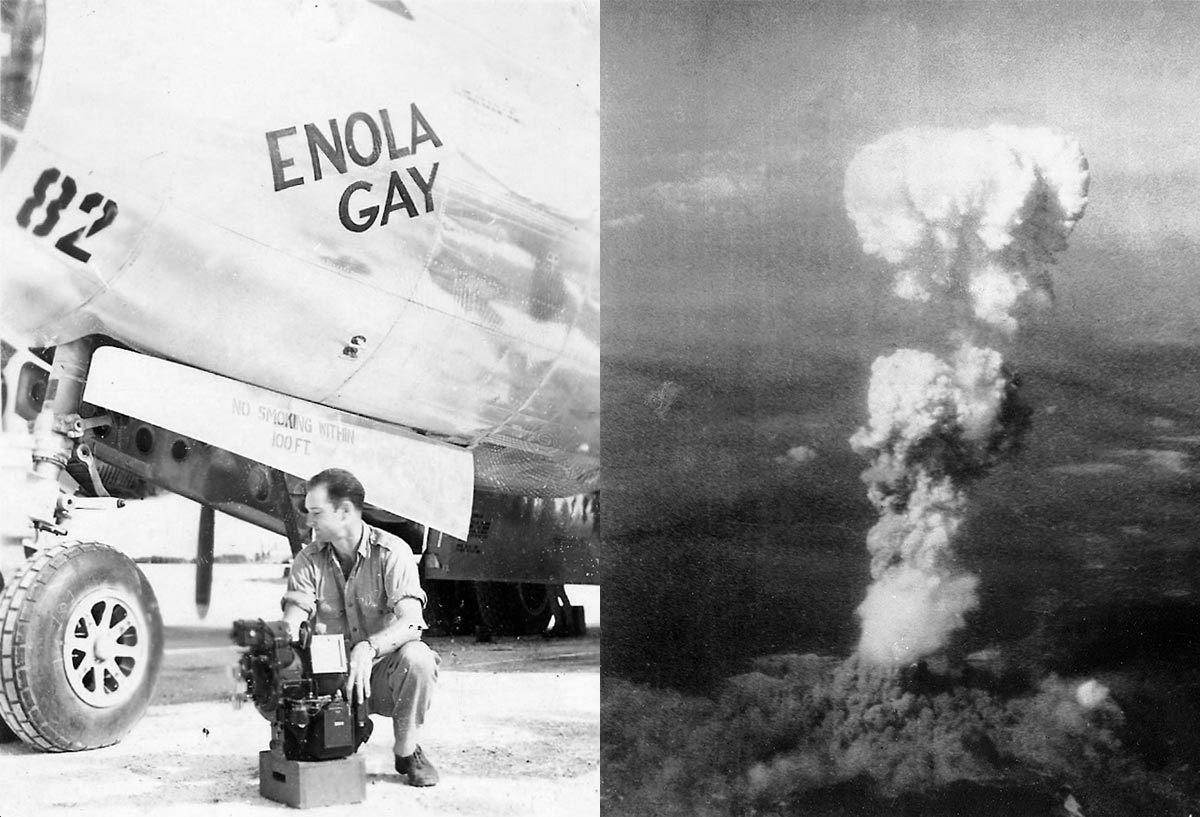 The atomic explosion went off 600 metres above the city. The shockwave reached ‘Enola Gay’ though no serious damage was inflicted on the aeroplane. 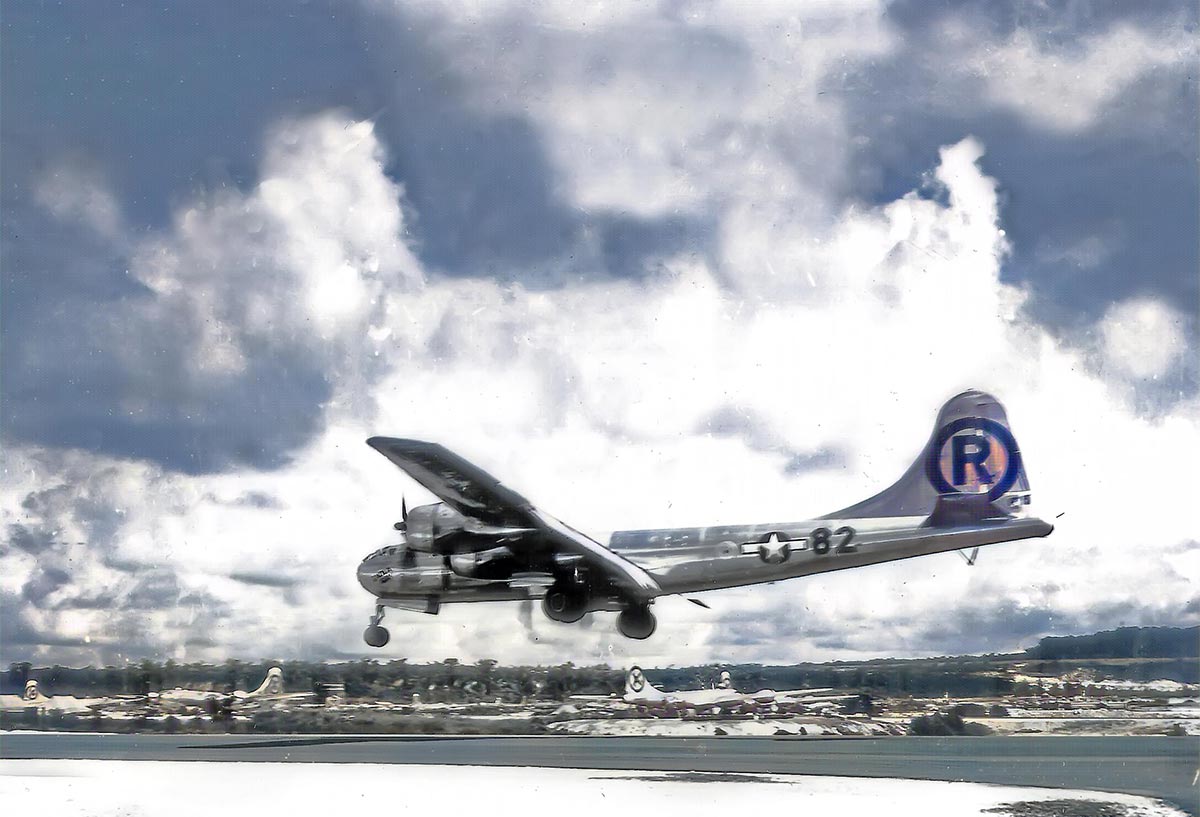 ‘Enola Gay’ landing at its base

‘Enola Gay’s’ crew safely landed back on the Mariana Islands at 2:58pm, roughly 12 hours after the initial take off. Tibbets was awarded the Distinguished Service Cross for his successful mission. 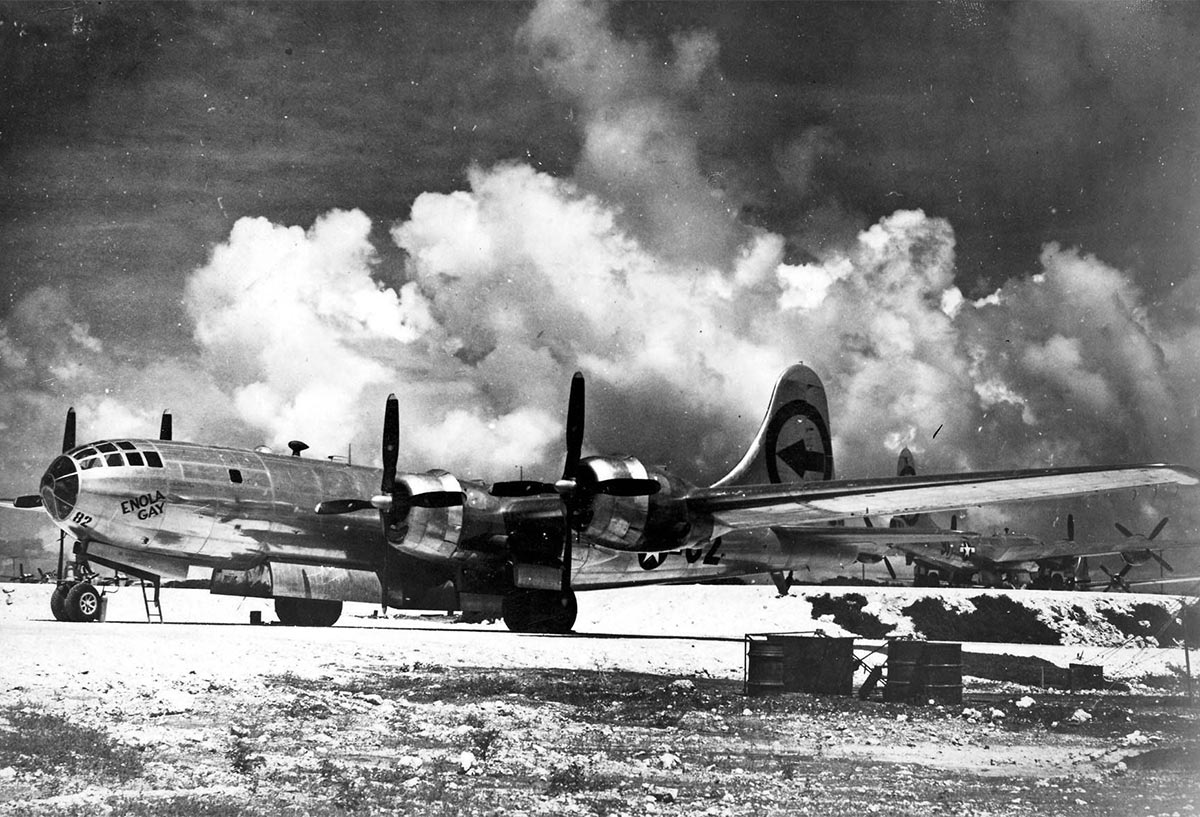 The B-29 bomber also took part in the preparations for the bombing of Nagasaki on 9 August 1945. Enola was performing weather reconnaissance over the Japanese town of Kokura, which was supposed to be the primary target of the second atomic bomb ‘Fat Man’. 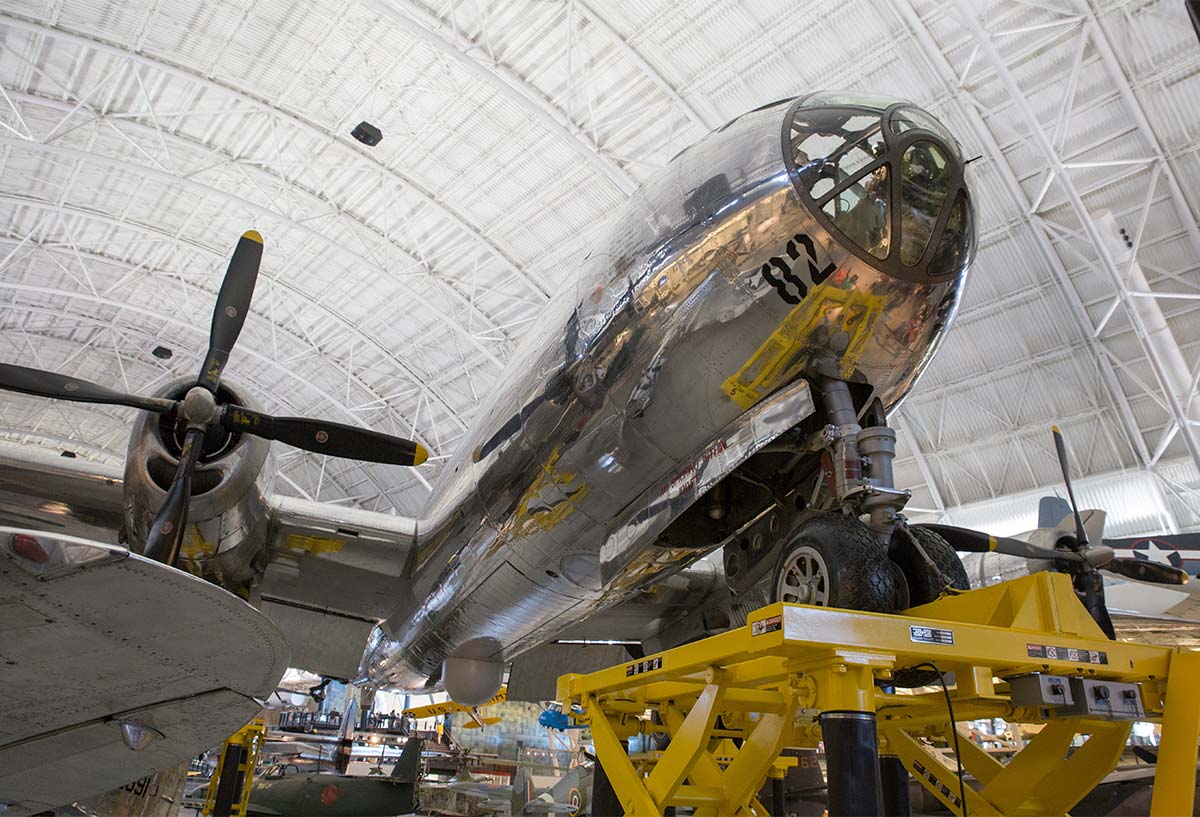 The Enola Gay on display at the National Air and Space Museum, Steven F. Udvar-Hazy Center

Following the atomic bombings, ‘Enola Gay’ remained in service for another four years before being given to the Smithsonian Institution. In 2003 the aeroplane was displaced at the NASM’s Steven F. Udar-Hazy Center in Chantilly, Virginia.