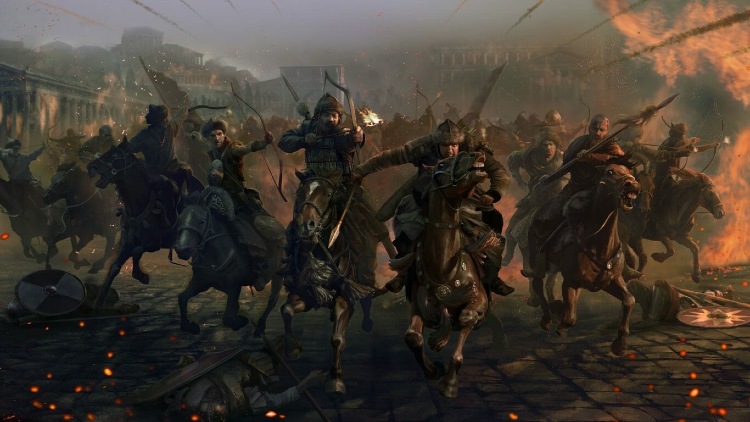 Attila is the ninth standalone instalment in the Total War series and one of the best. Set in 395 AD, it’s well regarded for the improvements it makes upon Total War: Rome II and for its dynamic, historically-inspired campaign.

Given it was released in 2015, you may be tempted to make use of player-made mods to improve on the original Total War: Attila experience. We’ve collected some of the best Total War Attila mods, each of which is available for free on the Steam Workshop. 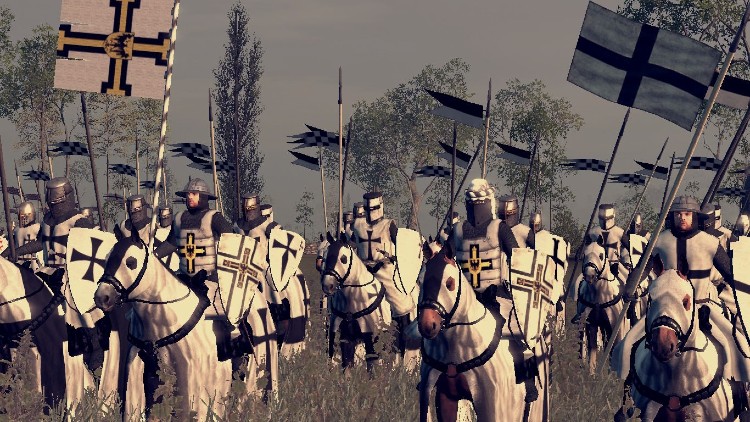 Medieval Kingdoms 1212 AD accelerates Total War: Attila’s timeline to the next millennium, bringing new technologies, units, factions and scripted narrative features to the base game. It’s a project of wide scope, implementing 57 playable campaign factions, a rework of provinces and some 4,000 units.

Its high medieval setting takes the campaign into the realms of the Albigensian Crusade in southern France, the 14th century Reconquista in the Iberian peninsula and the consequences of the 1204 conquest of Constantinople by Latin Christian forces. The Pope accordingly has a role to play, alongside a host of scripted features including the ability to annex vassals, release vassals where rule is tenuous, and story events inspired by history. 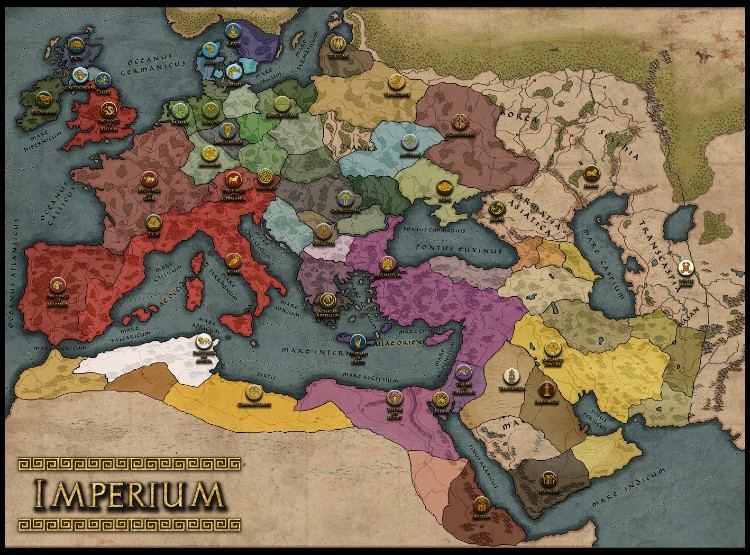 Terminus Total War – Imperium adds a new alternate history campaign to Attila: Total War. It adds 14 new factions to the game, each of which is playable in the Grand Campaign, plus over a hundred new units. It invents new identities for Romanised Greeks as well as for Germanic and Norse factions.

The mod takes the original game’s start date of 395 AD, as the Western and Eastern halves of the Roman Empire look eastwards towards Attila’s horde of terrifying Huns, and immediately shatters it further. Instead of facing Attila as part of a great power able to muster vast armies, players can take on the governance of smaller fictionalised polities, including the Province of Hispania or a much reduced Byzantium.

Fall of the Eagles 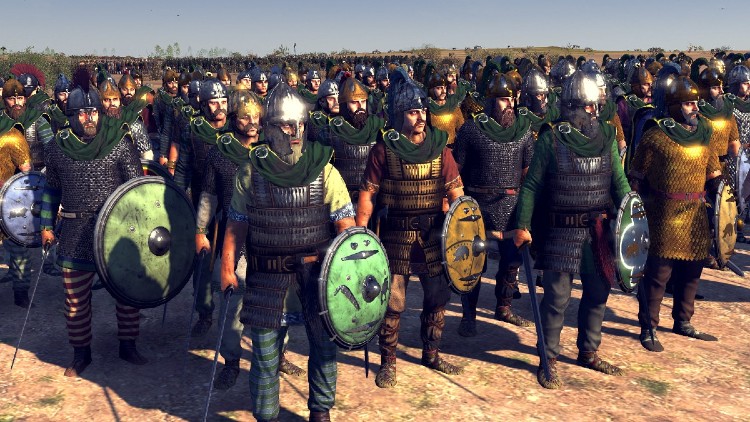 Intended to flesh out the units and battles of Attila, the Fall of the Eagles mod is an overhaul with an eye on realism and historical authenticity. Instead of shifting the game to another time period, Fall of the Eagles diversifies the textures and unit models in the existing game with new versions based on historical sources.

In addition to the visual changes, the mod also amends systems to do with garrisoning and upgrading units, while the effects of seasons have been changed to have more of an impact on troops.

The mod includes lots of other small changes, too, including making the loyalty of troops a bit more precarious. The team who made Fall of the Eagles also worked on a mod for Total War: Rome II called Constantine: Rise of Christianity.

The 634 Fire & Swords mod for Total War: Attila shifts the game’s timeline to the year 634. The mod includes boosting the number of playable factions in the game, moderating the AI’s preference for spearmen, and reskinning many of the units appropriate to the year 634. The Gewisse also make an appearance in southern England. 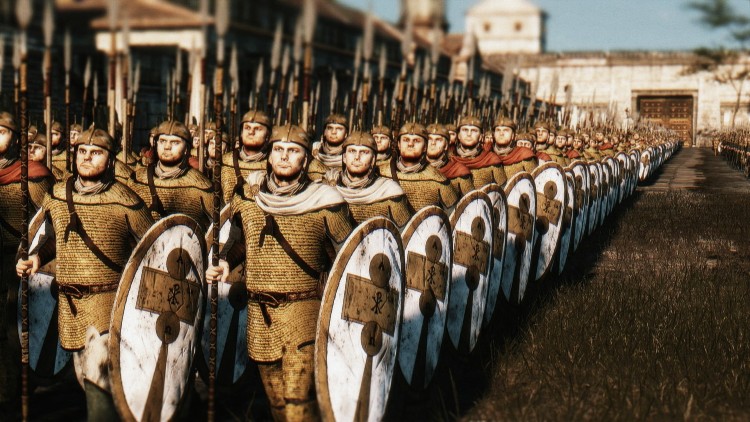 Team Radious’s take on Total War: Attila is an overhaul aimed at making big changes to the campaign AI, diplomacy, battles as well as rebalancing aspects of the game’s economy. The mod makes the main campaign faster while it introduces custom units to facilitate different playstyles.

If you’ve played the base game, you’ll notice that each of the units you made use has found itself with different properties in Radious’s world. Every unit and its stats, cost, upkeep and abilities has been rebalanced. The units are downloaded as part of a separate package called the Radious Total Units Mod, so be sure to follow the installation instructions correctly.

The Natural Water Mod for Total War: Attila brings a richer variety of water visuals to the game. “No more jelly/milky thingy!” claims modder “dotvhs”. This straightforward change to the game makes an immediate difference to various areas of the campaign map, where the mod has different effects. 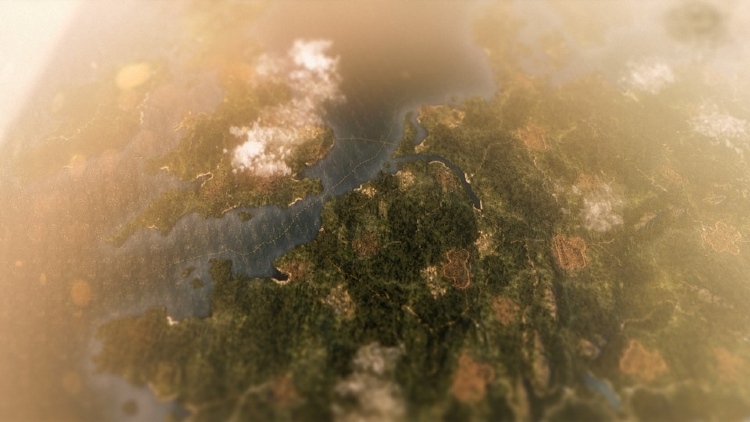 If you find yourself itching to pull back the camera on Attila’s campaign map, the Olympian Campaign Camera may be what you need. The mod adjusts the height parameters for the camera, so that the player can zoom further out on the map in order to take a much wider view of their grand strategy plans. It also enables getting closer to the ground itself.

The Olympian Battle Camera does exactly what you think it does: adjusts the height parameters of the in-game camera, throwing off restrictions that prevented you from creating absurdly zoomed out images of your battles. 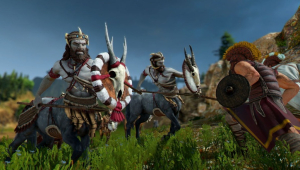 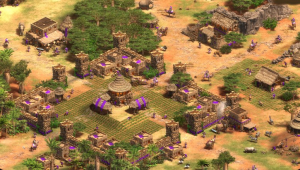