What Was The Loveday and Why Did It Fail? | History Hit 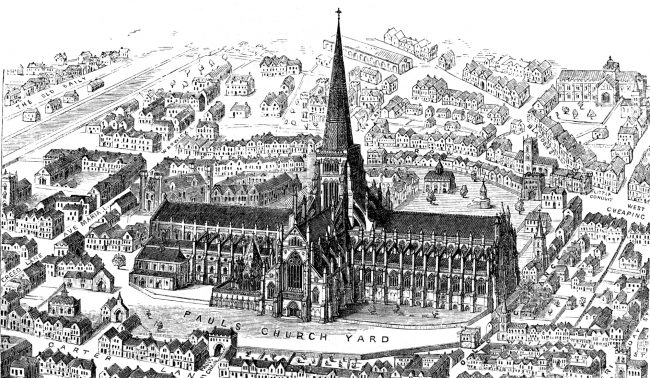 The ‘Loveday’ of 1458 was a symbolic reconciliation between warring factions of the English nobility.

A solemn procession on 24 March 1458 marked the culmination of King Henry VI’s personal attempt to prevent civil war following the outbreak of the Wars of the Roses in 1455.

Despite the public display of unity this effort – instigated by a peace-loving ‘simple-minded’ monarch – was ineffective. The Lords’ rivalries ran deep; within a few months petty violence had broken out, and within the year York and Lancaster faced each other at the Battle of Blore Heath.

His ‘catatonic’ illness in 1453, which effectively left the government leaderless, exacerbated tension. Richard Plantagenet the Duke of York, the king’s cousin, himself with a claim to the throne, was appointed Lord Protector and First Councillor of the Realm. 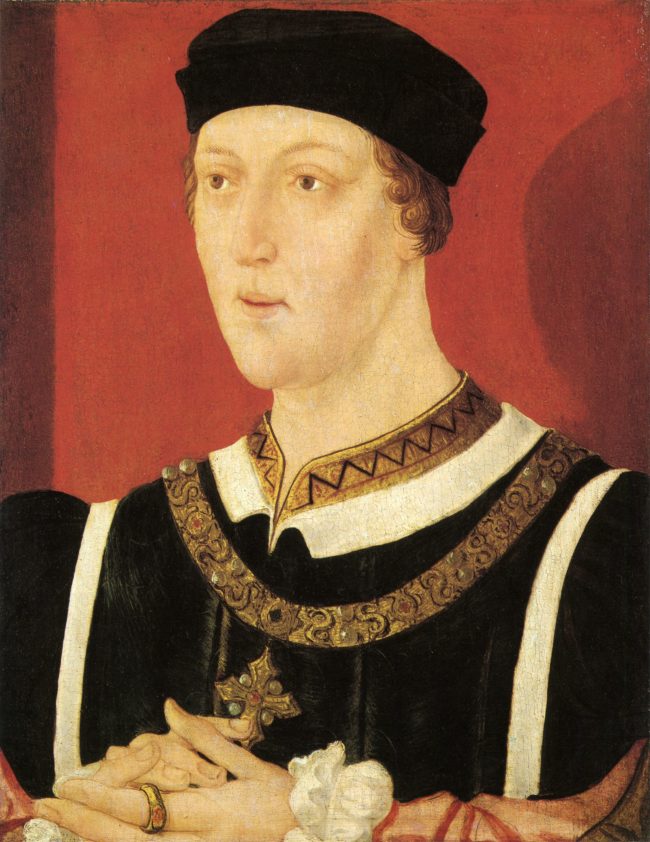 King Henry VI, who organised the Loveday in an attempt to pacify his nobility, which by 1458, had divided down clear partisan lines into armed camps.

When the King returned to health in 1454 the protectorship of York and his powerful Neville family allies ended, but partisanship within government did not.

York, increasingly excluded from the exercise of royal power, questioned Henry VI’s ability to perform royal duties due to his infamously gentle nature and persistent illness.

In May 1455, possibly fearing an ambush by his enemies under the Duke of Somerset’s command, he led an army against the King’s Lancastrian army and staged a bloody surprise attack at the First Battle of St Albans.

The personal enemies of York and the Nevilles – the Duke of Somerset, the Earl of Northumberland, and Lord Clifford – perished.

Relatively minor in military terms, the insurgency was important politically: the King had been captured and after escorting him back to London, York was appointed Protector of England by parliament a few months later. 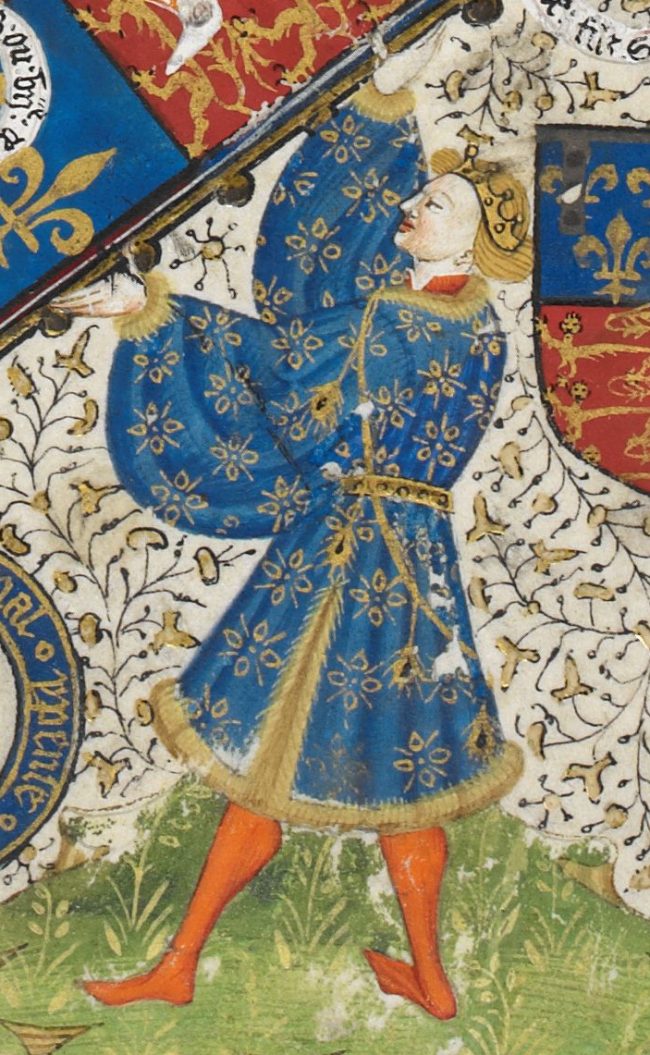 Richard, Duke of York, leader of the Yorkist faction and bitter enemy of the King’s favourites, the Dukes of Suffolk and Somerset, whom he believed had excluded him from his rightful position in government.

Aftermath of the First Battle of St Albans

York’s victory at St. Albans hadn’t brought him any permanent increase in power.

His Second Protectorate was short-lived and Henry VI ended it early in 1456. By then his male heir, Prince Edward, had survived infancy and his wife, Margaret of Anjou, emerged as a major player in the Lancastrian revival.

By 1458, Henry’s government urgently needed to deal with the unfinished problem that the Battle of St Albans had created: younger magnates craved revenge on the Yorkist lords who had killed their fathers.

Noblemen of both parties recruited large retinues of armed followers. The ever-present threat of a power grab by their French neighbours also loomed large. Henry wanted to bring the Yorkists back into the fold.

The King’s attempt at reconciliation

Taking the initiative, the Loveday – a common form of arbitration in medieval England, more often used for local matters – was intended to be Henry’s personal contribution to a lasting peace.

The English peerage was summoned to a great council in London in January 1458.  To prevent a violent outbreak between the gathered retinues, concerned city officials maintained an armed watch.

The Yorkists were lodged within the city walls and the Lancastrian Lords remained outside. Despite these precautions, Northumberland, Clifford, and Egremont tried unsuccessfully to ambush York and Salisbury as they rode from London to nearby Westminster.

The King mediated over long and acrimonious discussions. These deliberations were carried out through intermediaries. Henry’s councillors met the Yorkists in the City, at the Blackfriars, in the mornings; in the afternoons, they met the Lancastrian lords at the Whitefriars on Fleet Street.

The settlement eventually accepted by all parties called for York to pay Somerset 5,000 marks, for Warwick to pay Clifford 1,000 marks and for Salisbury to forgo fines previously levied for hostile actions against the Nevilles.

The Yorkists were also to endow the abbey at St Albans with £45 per year for masses to be sung in perpetuity for the souls of the battle dead. The only reciprocal undertaking by a Lancastrian was Egremont’s payment of a 4,000 mark bond to maintain peace with the Neville family for ten years.

Blame for St Albans had been placed squarely on the Yorkist Lords.

Symbolic significance of pomp and ceremony

The agreement was announced on 24 March, sealed on the same day with a solemn procession to St Paul’s Cathedral for a mass.

Members of the two factions went hand in hand. Queen Margaret was partnered with York, and other adversaries were paired off accordingly, the sons and heirs of noblemen killed at St Albans with the men responsible for their fathers’ deaths. 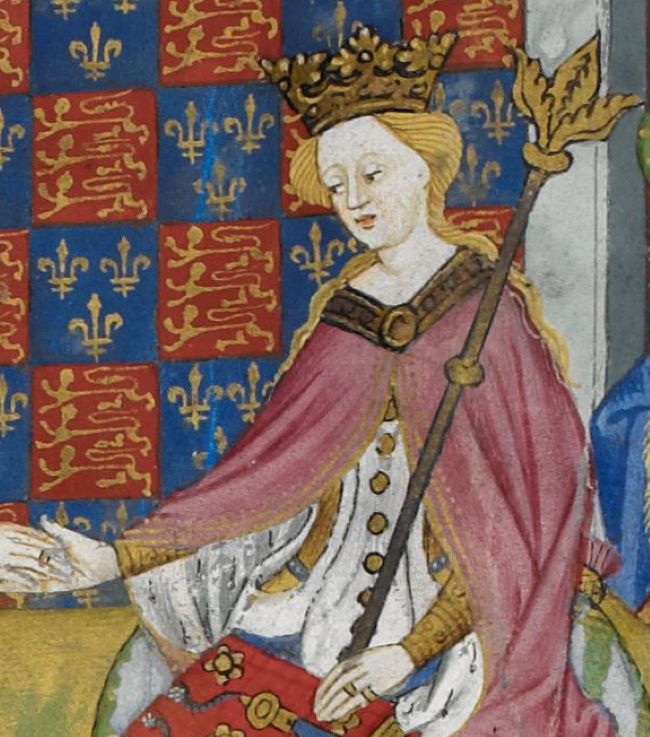 Henry’s Queen, Margaret of Anjou, who by the end of the 1450s had become a political force in her own right and an implacable enemy of the Duke of York.

The procession was also important as a public relations campaign meant to reassure Londoners that war, which had disrupted trade and daily life in the capital, was over.

A ballad composed to commemorate the event described the public display of political affection:

At Paul’s in London, with great renown,

On our Ladyday in Lent, this peace was wrought.

The King, the Queen, with Lords many one …

In sight of all the commonality,

In token that love was in heart and thought

Religious symbolism, such as the start point of Westminster Abbey and the timing of the event on Lady’s day, which marks the Virgin Mary’s receipt of the news she would bear child, highlighted the mood of reconciliation.

The Loveday proved to be a temporary triumph; the war it intended to prevent was merely deferred. It had failed to resolve the key political issue of the day- the exclusion of York and the Nevilles from government.

Less than two months after the short-lived peace accord, the Earl of Warwick directly flouted the law by engaging in casual piracy around Calais, where he had been virtually exiled by the Queen. He was summoned to London and the visit descended into a brawl. Following a close escape and retreat to Calais, Warwick refused orders to return.

Margaret officially accused the Earl of Warwick, the Duke of York, and other Yorkist nobility of treason in October 1459, decrying the duke’s “most diabolical unkindness and wretched envy.”

Each side blaming each other for the outbreak of violence, they prepared for war.

The Lancastrians were initially better prepared and Yorkist leaders were forced into exile after abandoning their armies at Ludford Bridge. They returned from a short exile and captured Henry VI at Northampton 10 July 1460.

By the end of that year, Richard Duke of York found himself marching north to deal with Margaret of Anjou and several prominent nobles who opposed the Act of Accord, which displaced young Prince Edward and named York heir to the throne. In the ensuing Battle of Wakefield, the Duke of York was killed and his army destroyed.

Within two years of the Loveday procession, most of the participants would be dead. The Wars of the Roses would rage on for nearly three more decades. 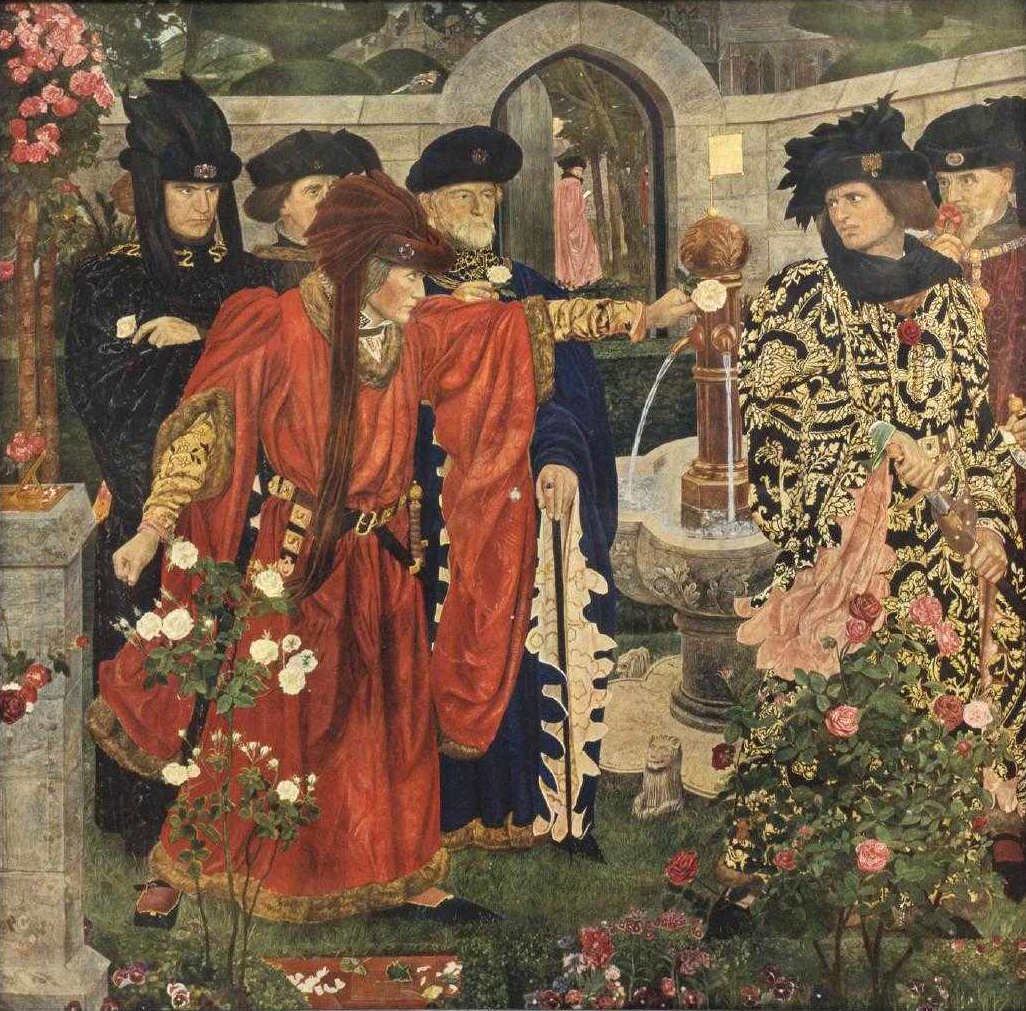 Plucking the Red and White Roses by Henry Payne 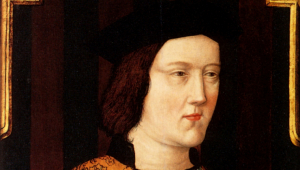 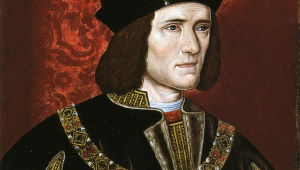 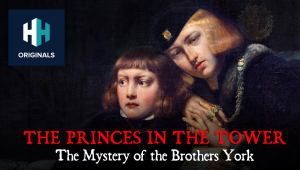 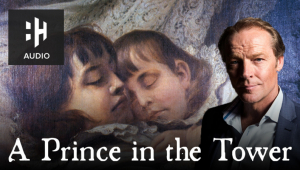 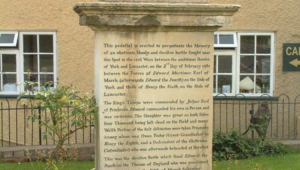 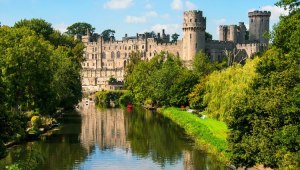