How Photography Allows Us to Preserve, Discover and Share the Past | History Hit 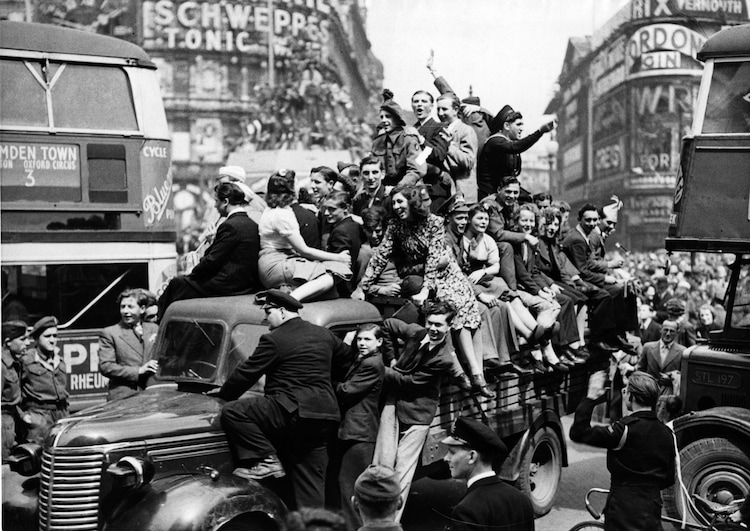 Photographs record memories, and truly can be worth a thousand words. The two World Wars were unlike any other conflicts we had ever seen before – in so many ways – but also because we have a photographic record of their devastation. The photographs that were taken by professionals and people around the country, and across the Empire, link shared experiences.

On Remembrance Day we remember those who sacrificed everything on the battlefield, and we also think of those who gave so much on the home front. In the UK we also remember the world that their sacrifice gave rise to – one of work, celebration, immigration from the former Empire, the NHS and people’s rights.

Photography treasures and celebrates these moments. We have thousands of photos of kings and prime ministers, but what about ordinary people – those who lived, survived and loved through Britain’s social revolutions?

The First and Second World Wars were the first that could be widely photographed and recorded. The photos and film that came back to the nation revealed the struggle of men on the front, the reality of war for the first time. The home front, too, was recorded as never before. Rationing, the blitz, evacuation and the lives of ordinary people just trying to survive were brought home to those across the country – the joint effort at getting through the day, keeping the country and its armies supported. 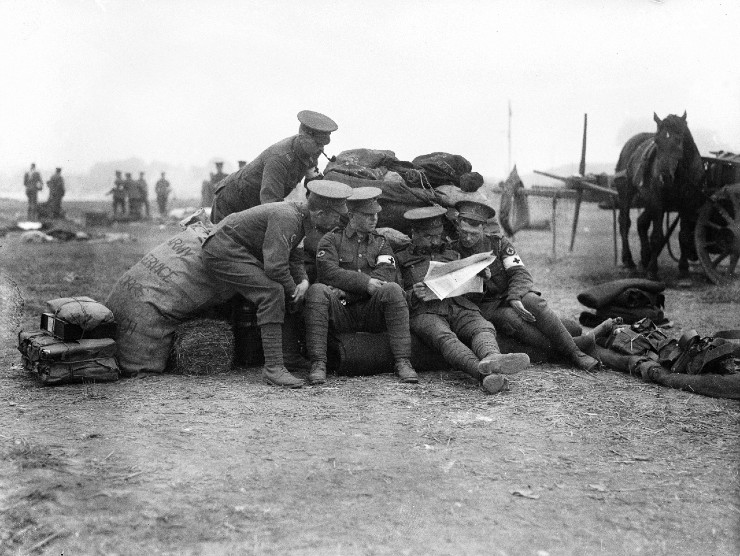 Soldiers of the Royal Army Medical Corps seen here behind the front line in Northern France taking a break and catching up with news from home. 2 September 1914. (Image Credit: (C) MirrorPix).

For the first time, during World War One, we see photographs of the ordinary soldier – not the commander or general, but the man fighting on the front. This photograph of a group of soldiers looking at a paper, and its photographs, is so poignant. For these servicemen in the Medical Corps, newspapers were treasured: they were the only way they could get information about the progress of the war in Europe and what was happening at home.

World War One ended with promises that peace would last forever. But as we all know, war broke out once more in 1939. Soldiers from across Britain went to fight and regiments of Empire and Commonwealth soldiers fought bravely on the frontlines, in Europe, Africa and Asia – but are often excluded and forgotten from modern representations of the fighting force. 2.5 million men from India served in the British Indian Army and Field Marshall Auchinclock said Britain could not have got through the war without them. 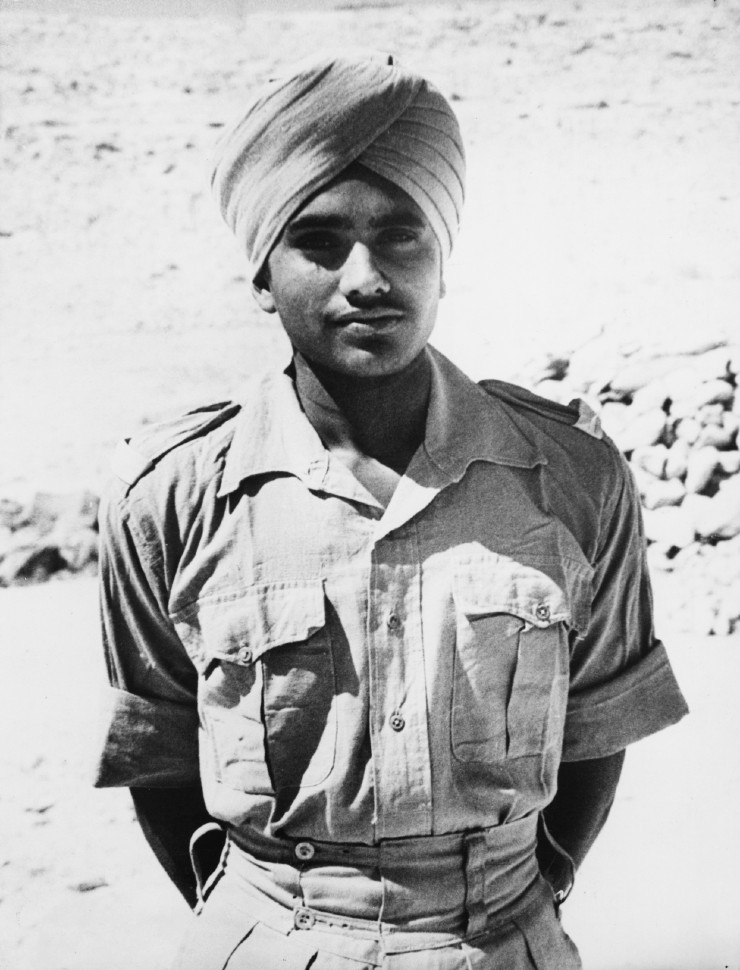 This picture of an air raid warden over the wrecks of houses reminds us of the devastation and the suffering of those on the Home Front, while the men were away. 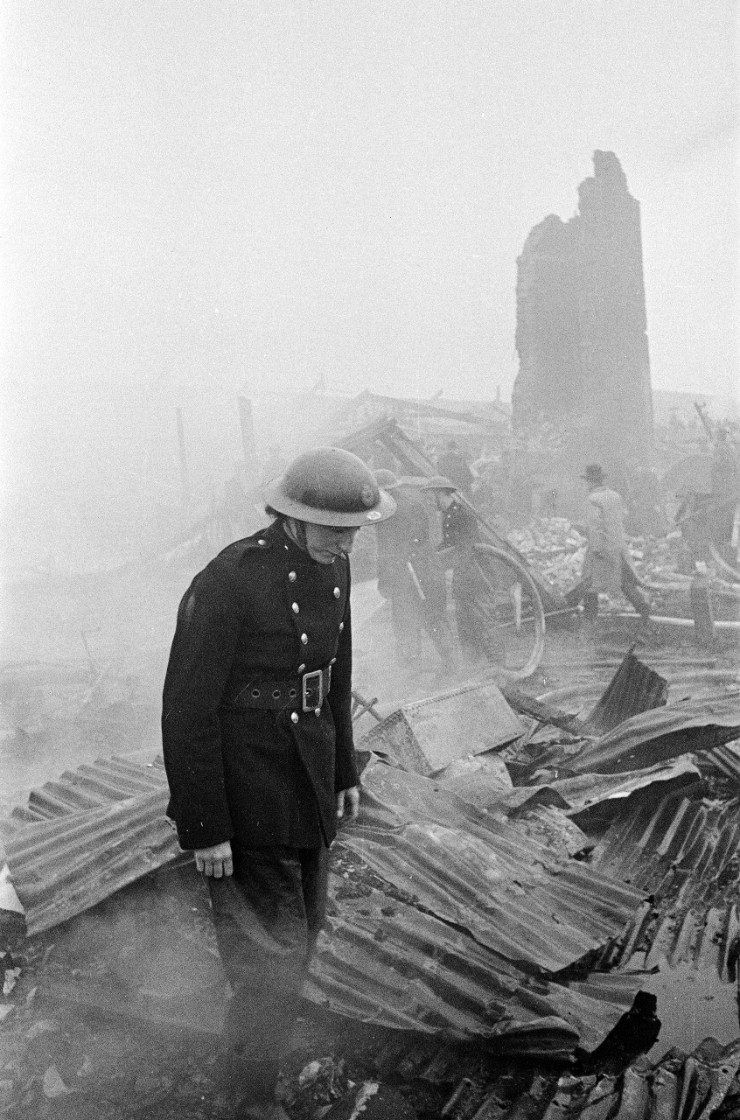 The suffering had been long. The end of the war in Europe was almost unbelievable when it came. Churchill announced on the radio at 3pm on 8 May that ‘we may allow ourselves a brief period of rejoicing’ – for the war in Japan was still continuing. People across Britain poured into the streets for impromptu celebrations and children celebrated at tea parties. Here is a street party on Prospect Hill in Leicester, 8 May 1945 and jubilant nurses celebrating on the day in Liverpool. 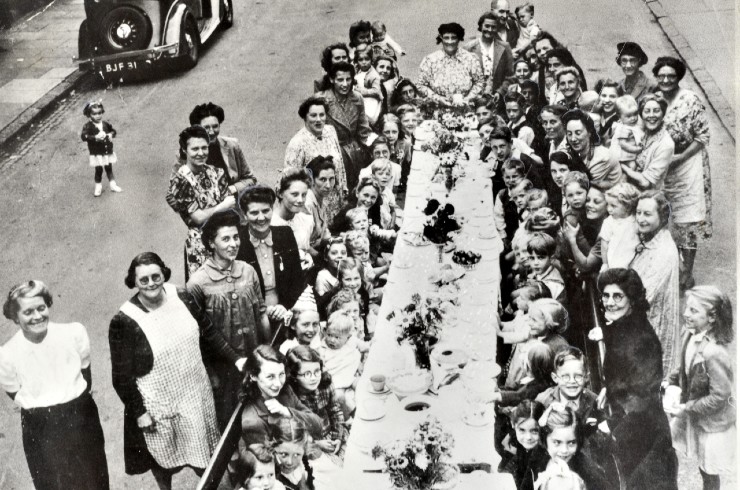 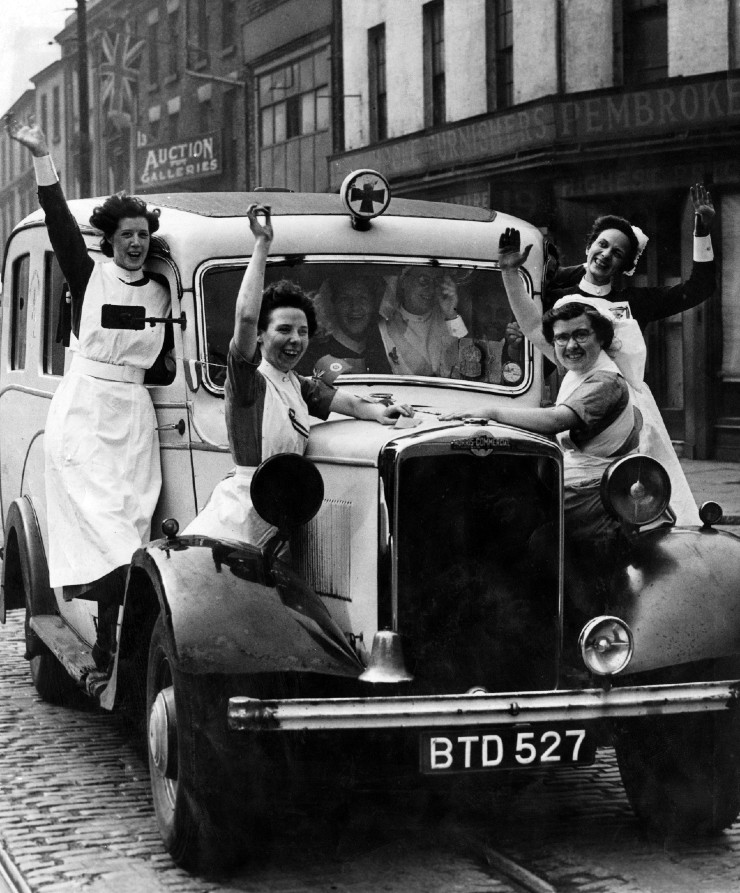 The world was forever different after World War Two. The victory ushered in a time of peace, the building of the welfare state and the NHS. People from across the former Empire answered the call to come to Britain and help rebuild the country – and brought new voices and cultures to the country, but suffered racism, exclusion and prejudice.

The 26 year old Queen was crowned in June 1953, only eight years after the war. Rationing was still in place and Churchill requested it be suspended for the coronation celebrations. To many people dancing in the streets, it seemed like the beginning of a new era, the second Elizabethan age. 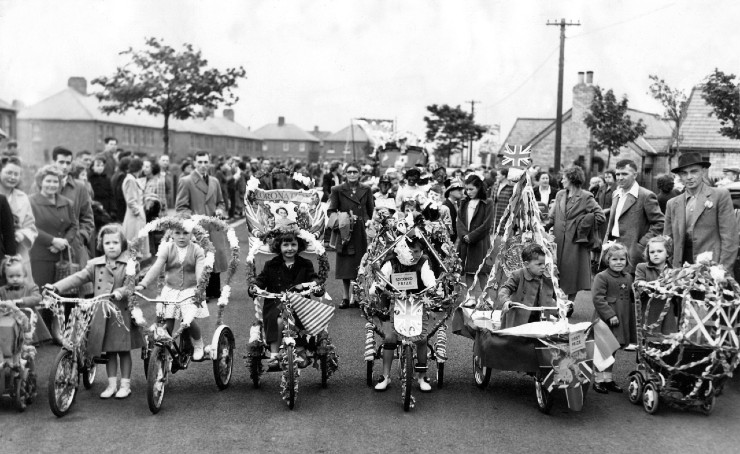 The working man and woman had given up so much for their country; it was time to pay them back. The welfare state was born and the NHS began, with the mantra of care from ‘cradle to the grave’. 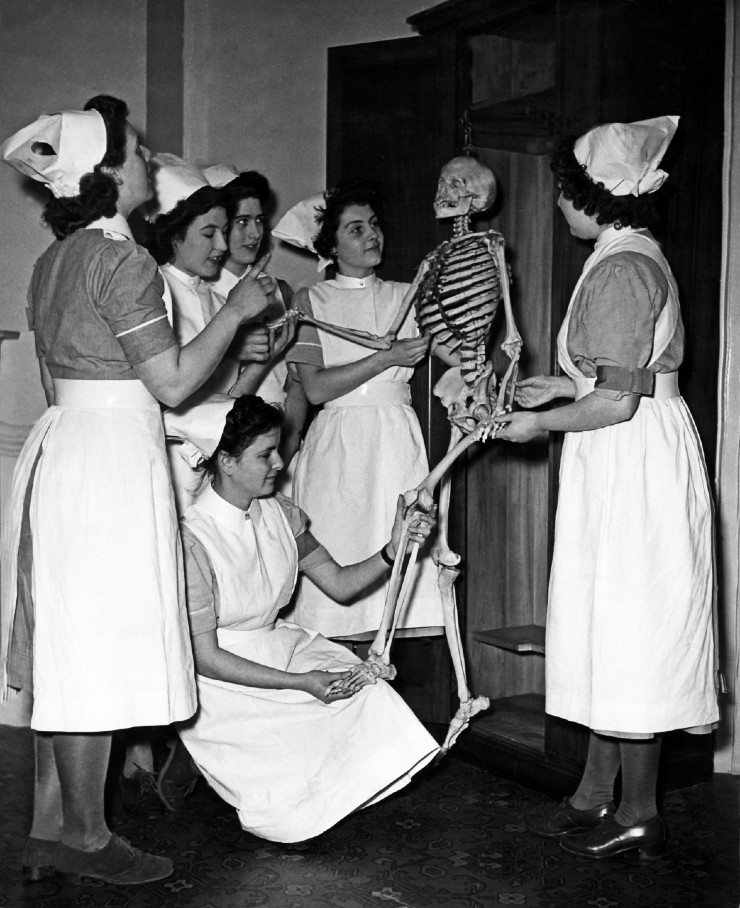 People from all over the Empire came to Britain, answering advertisements to help rebuild the country, to work in services and the NHS. The Windrush generation, named after the ship which bought the first applicants across the seas, were employed across the country. 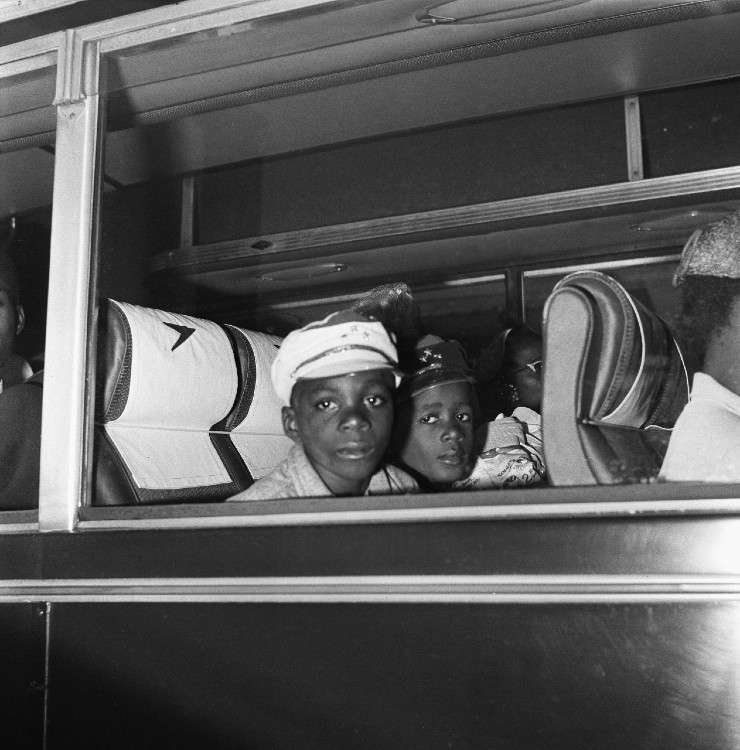 Britain began to boom. There was more money and youth culture took off, from teddy boys to the Swinging Sixties. 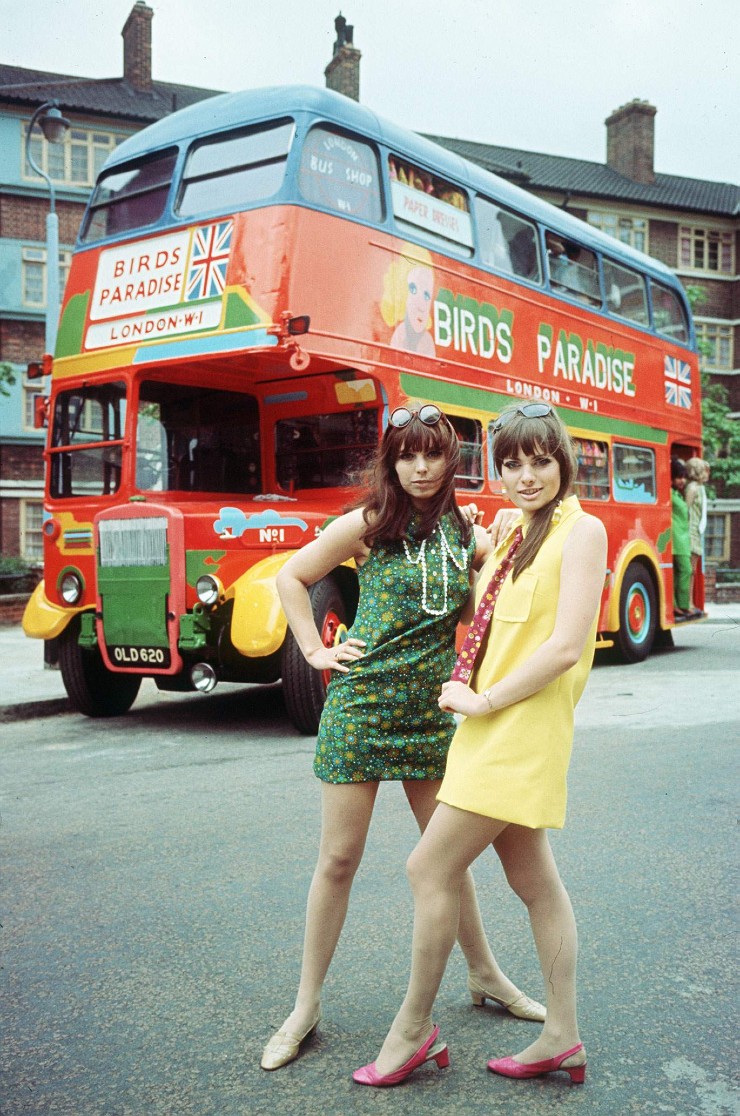 Culture and fashion was young and exciting – short skirts, colour and young people were driving the new consumer culture.

Immigration, population change and multiculturism transformed and enriched Britain for the better. 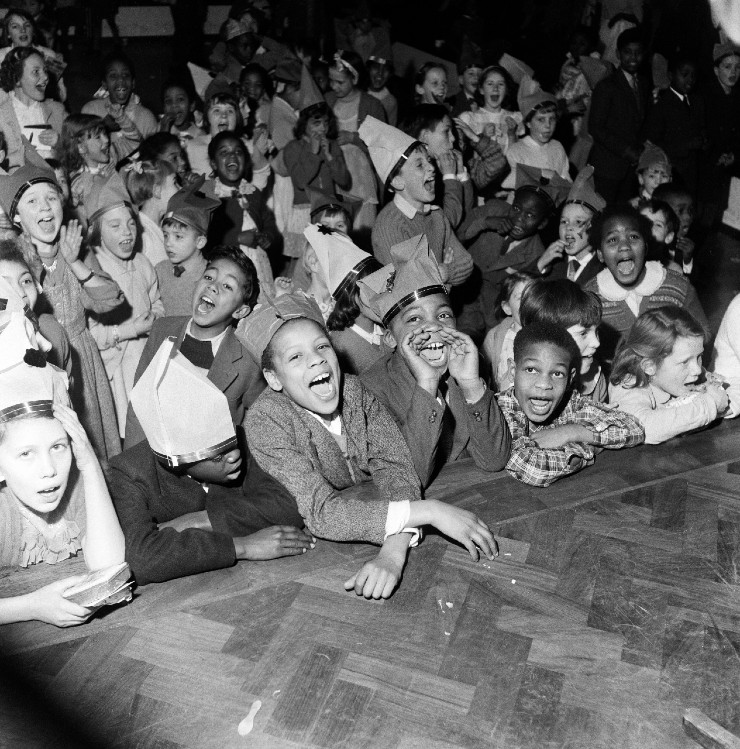 30 January 1959. The first ever “Notting Hill carnival”. The carnival, organised by Claudia Jones, was known as the Caribbean carnival or the West Indian Gazette Carnival and was held indoors at St. Pancras Town Hall. In 1964, the carnival would move outside onto the streets of Notting Hill. Picture shows some of the large crowd who attended the event. (Image Credit: (C) MirrorPix).

Life changed immeasurably across the century, from the last days of Queen Victoria to the global Britain of the eighties. Our country looks completely different, but its journey can be traced through the photos of the people who lived through the decades of change. 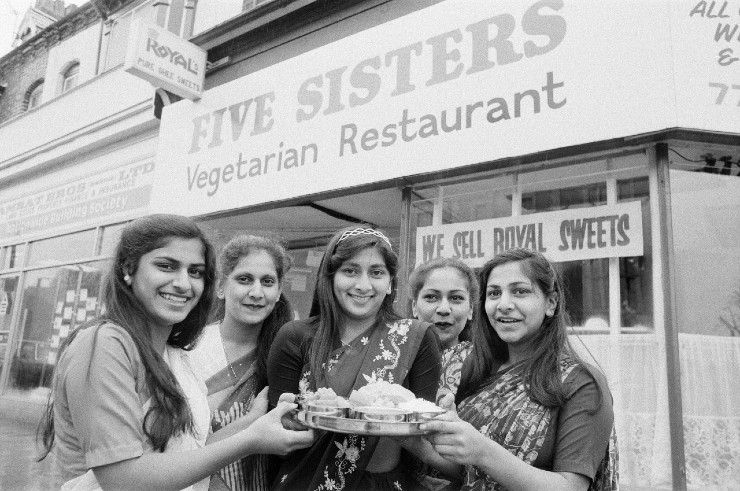 Five Sisters Vegetarian Restaurant, Stratford Road, Sparkbrook, Birmingham, Saturday 3rd November 1984. The Ladwa sisters, from left, Bhavna, Urmila, Susmita, Tarulata and Chetna, came up with the idea of opening a restaurant when they realised just how few places there were serving Hindu vegetarian meals, the sisters take turns to cook and serve in the restaurant. (Image Credit: (C) MirrorPix).

Across the 20th century, photographs have given us a shared history, have captured moments that would otherwise have been lost, let us understand the worlds of ordinary lives which would otherwise be forgotten. There are millions of pictures on www.memorylane.co.uk of a changing Britain – and you can upload yours too and see them colourised!