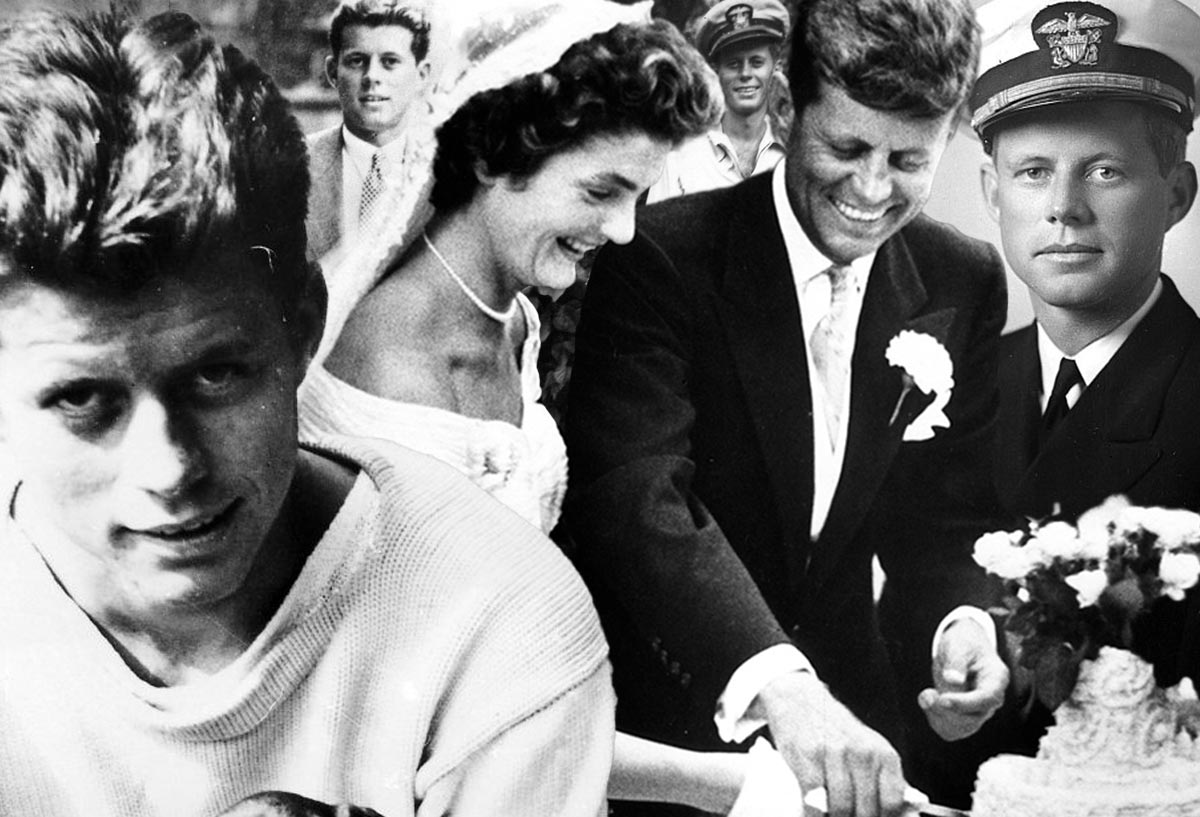 John Fitzgerald Kennedy, the 35th President of the United States, is remembered for his glamour and style, while capturing the public’s imagination with his scandals and affairs. Born on 29 May 1917 in Brookline, Massachusetts, he was part of a large and wealthy Roman Catholic family who were active in the Democratic Party. Following his education at Harvard University he served in the US Navy during the Second World War, participating in the Pacific Theatre of the conflict from 1943 onwards. He did not plan on having a career in politics, instead hoping to pursue an academic or journalistic route. With the death of his older brother, much of the family’s political hopes fell onto him, steering his path towards public office.

In 1946 he ran for US Congress, beating his opponent in a massive landslide. His rise in politics was astounding – he was aged only 29 at the time of his first victory and never lost any election until his death. Following three terms in the House of Representatives he ran for US senate in 1952, beating the popular Republican candidate Henry Cabot Lodge, Jr. JFK’s marriage to Jacqueline Lee Bouvier the following year would further boost his popularity with voters. As a US senator he was campaigning to abolish the electoral college system and implement labour reform, while becoming increasingly committed to civil rights legislation.

By the mid 1950s John F. Kennedy became one of the most well known figures in US politics. His 1960 US Presidential campaign would result in him winning the highest office, though with a very narrow margin. His term was marked by many challenges, most famously the Cuban Missile Crisis, which almost triggered a war between the US and the Soviet Union. He also famously promised to send a man on the moon by the end of the decade. On 22 November 1963, John F. Kennedy was assassinated by Lee Harvey Oswald in Dallas, Texas, during the President’s tour of the state.

Here, we look back at the life of one of the most influential and best known figures of the 20th century, from his childhood until his tragic death. 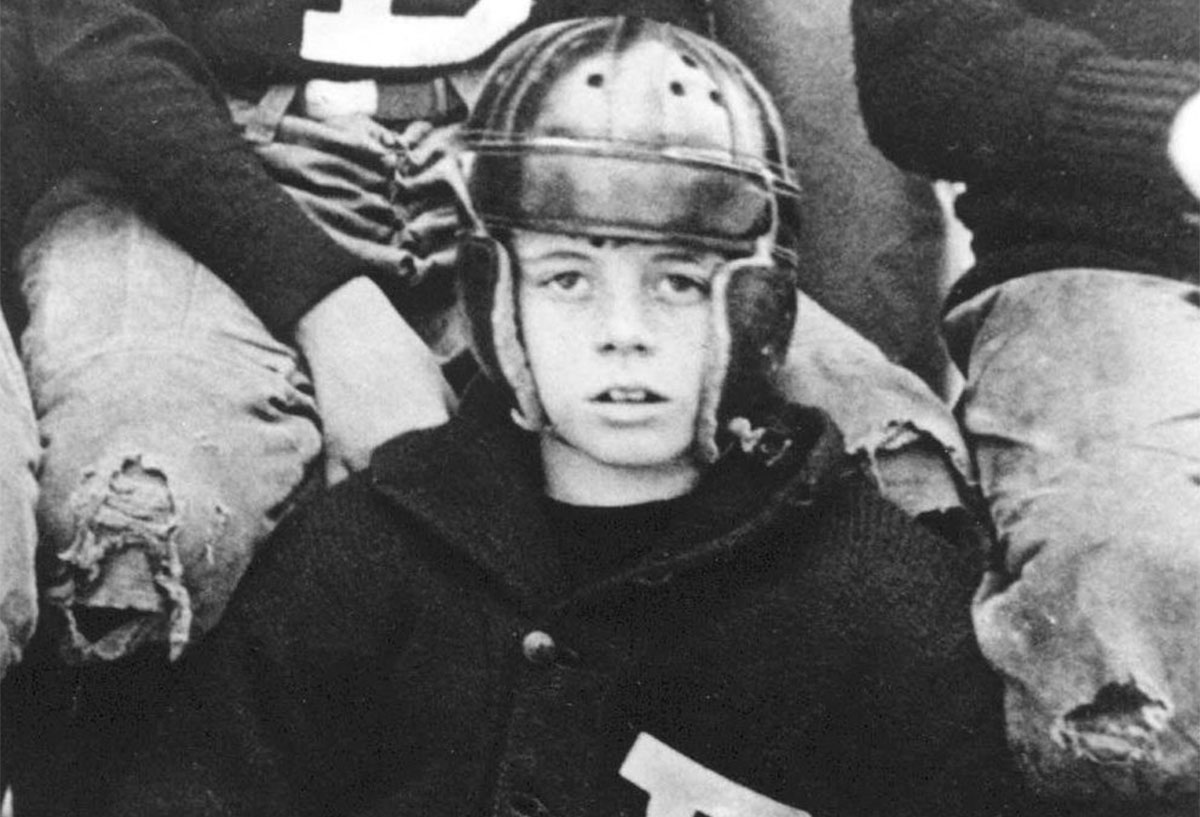 The second child out of eight, John F. Kennedy was encouraged by his parents to engage in intense academic and athletic competition with his siblings. Touch football was especially popular with the Kennedy family. 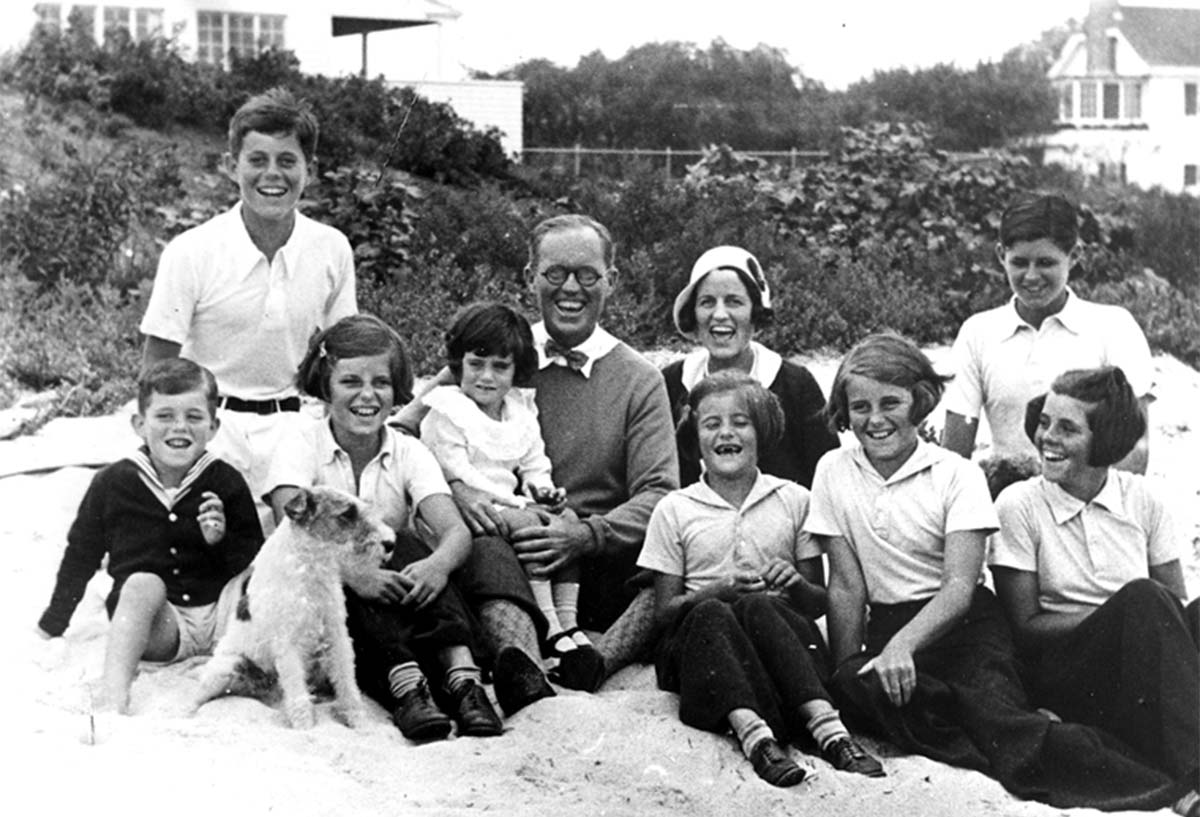 The Kennedy’s were of Irish decent, with JFK’s father Joseph Patrick Kennedy amassing a sizeable fortune in banking and playing the stock market. The family funds granted the future US President financial security for the rest of his life. 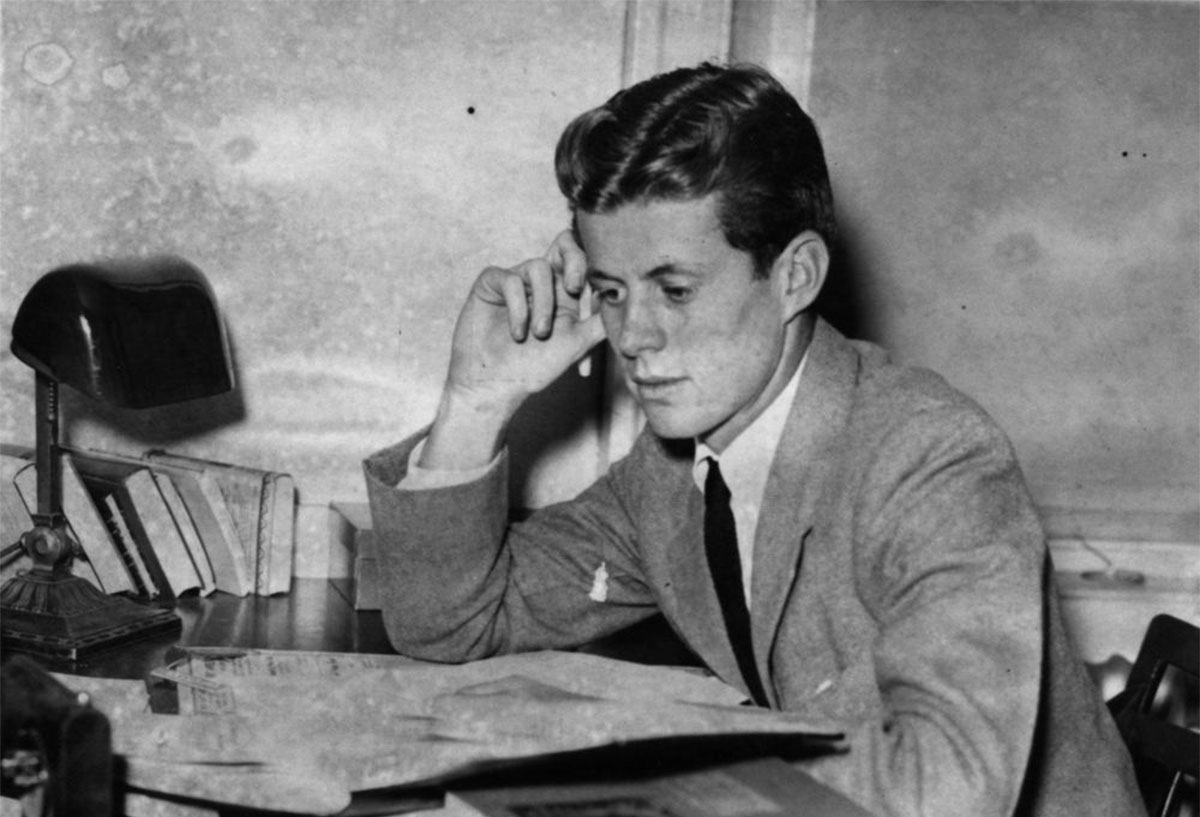 John F. Kennedy sits and studies at his desk at Harvard

In 1936 John F. Kennedy started his studies at Harvard University. 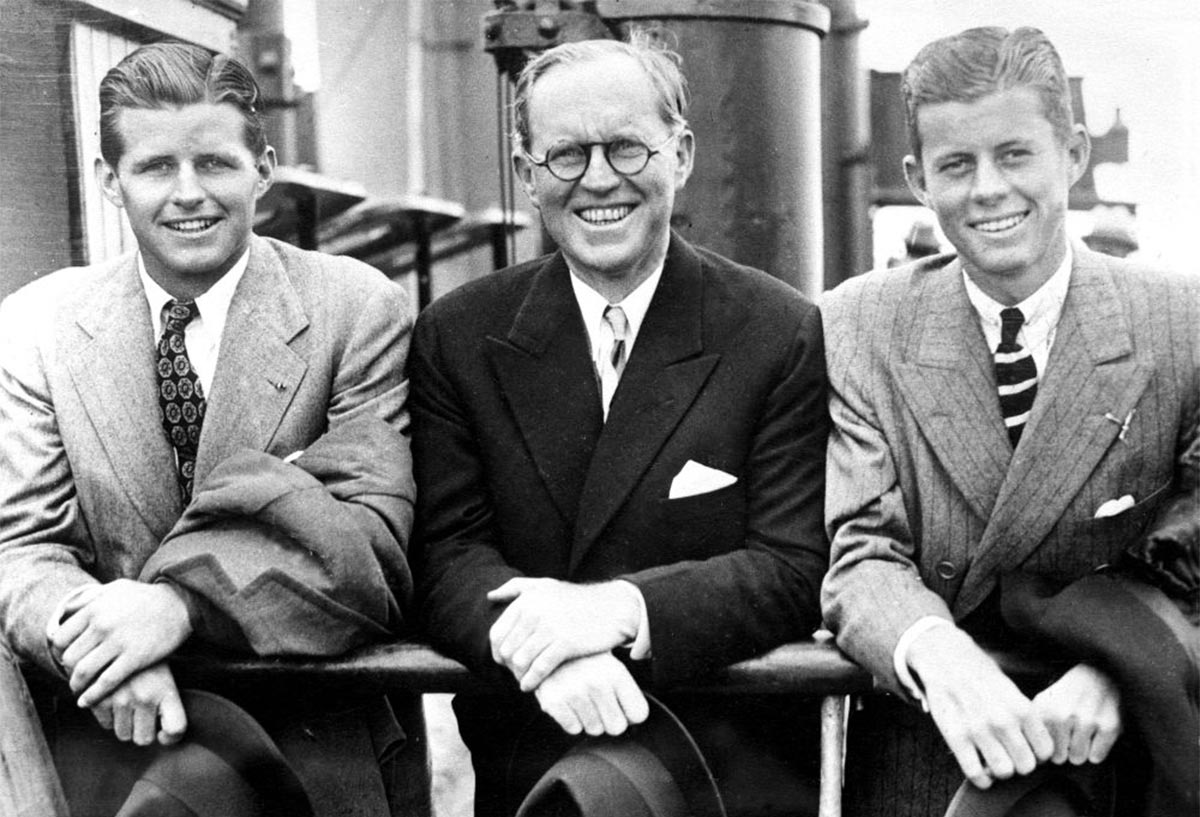 During 1938 JFK worked for six months as a secretary for his father who became the US Ambassador to Great Britain. 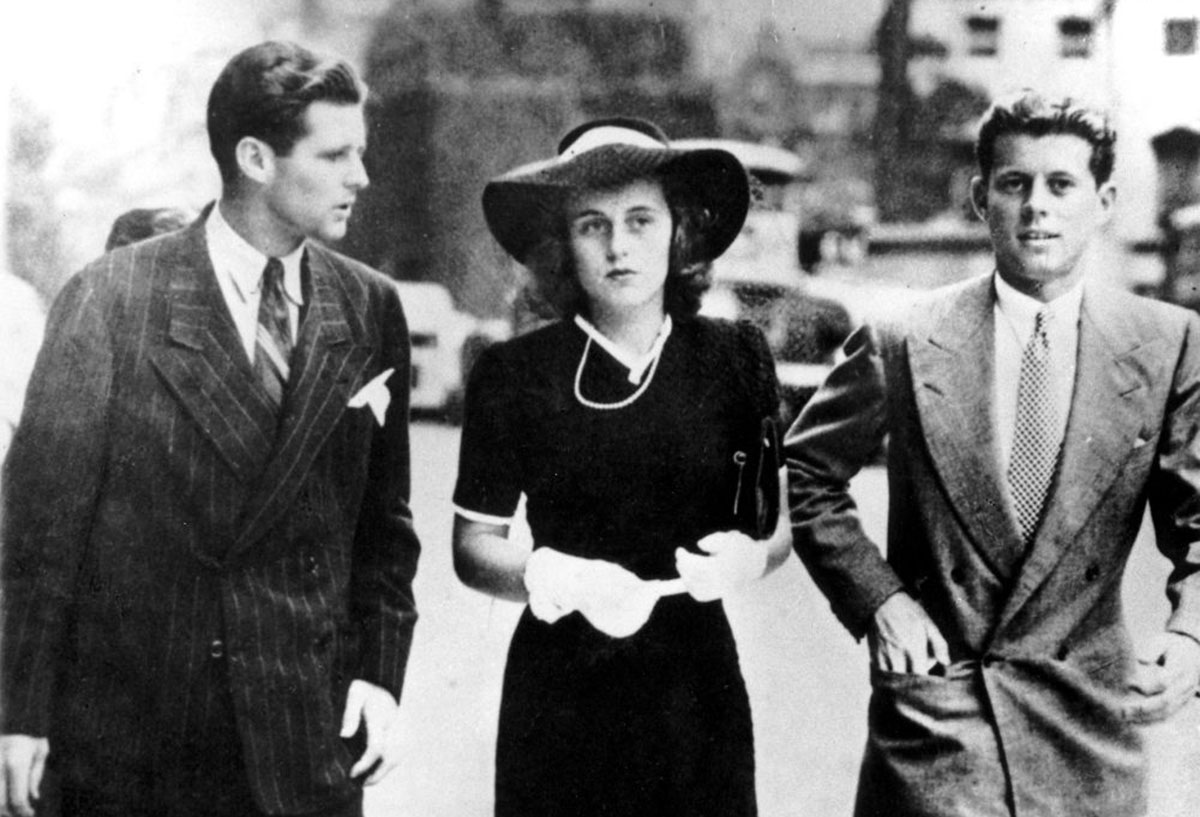 Kennedy toured across Europe (the Balkans and the Soviet Union) and the Middle East in 1939. When visiting Berlin, he received a secret message informing him about the upcoming war. JFK returned to London on 1 September 1939. 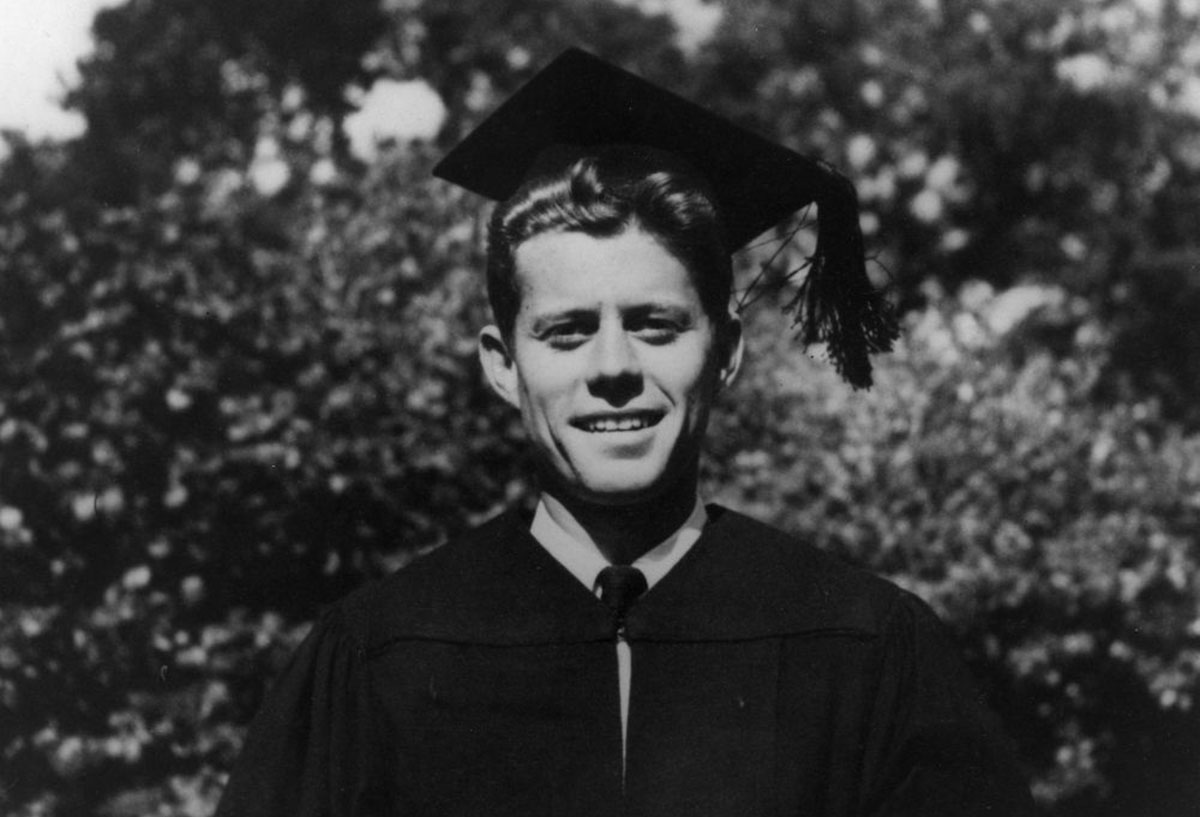 His senior thesis was about the Great Britain’s unreadiness for war. It was turned into the best-selling book ‘Why England Slept’ in 1940. 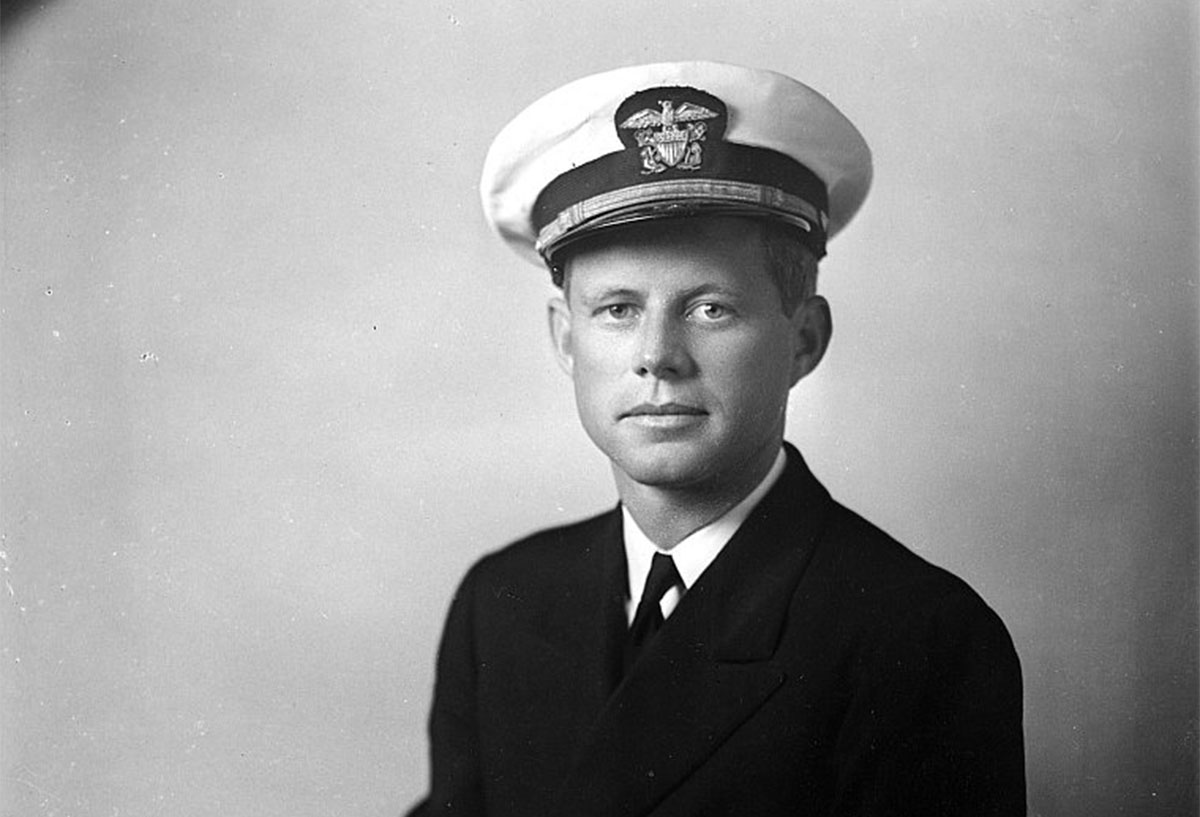 In 1941 he joined the US Navy, taking on an active role in the war. JFK narrowly avoided death when his patrol torpedo was shot down by a Japanese destroyer. He managed to bring his men safely back behind allied lines, receiving the US Navy and Marine Corps Medal for heroism. 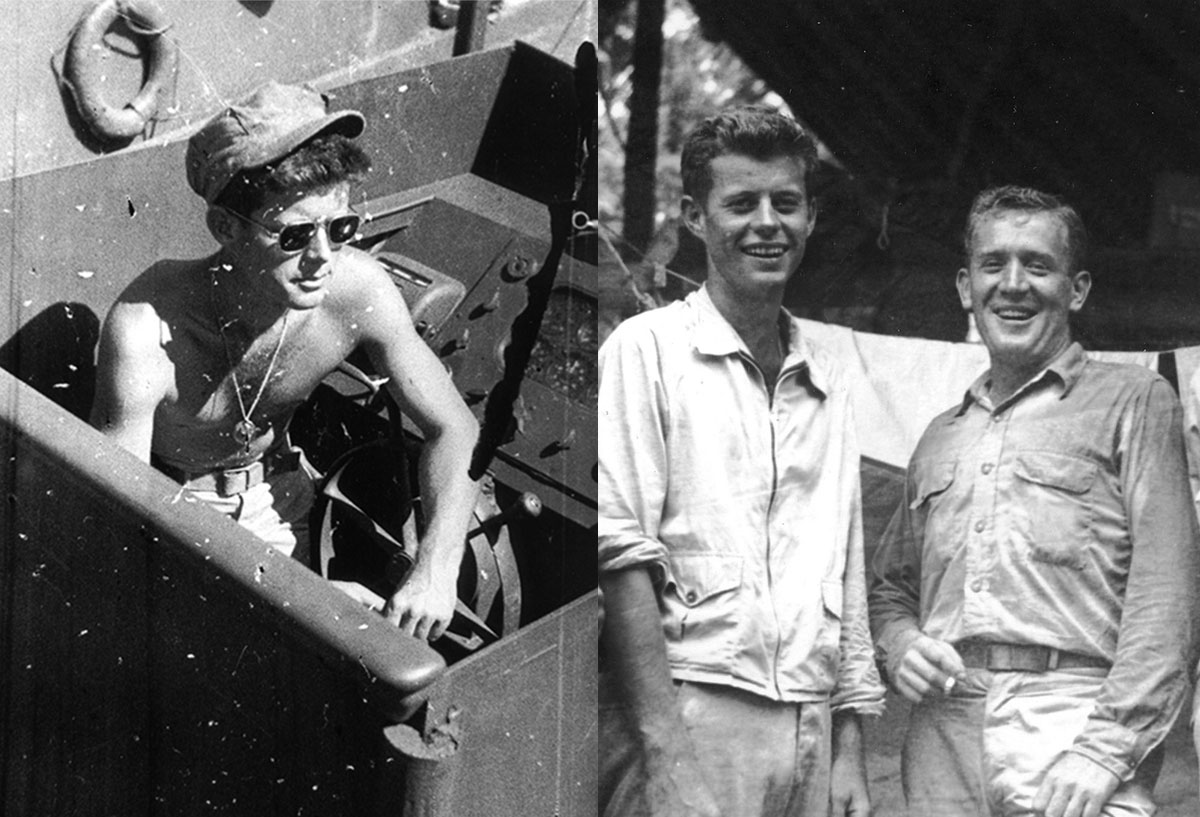 The injury he received during the war on his back never fully healed, causing life long displeasure. He also suffered from the rare Addison disease, which also caused intense physical pain. 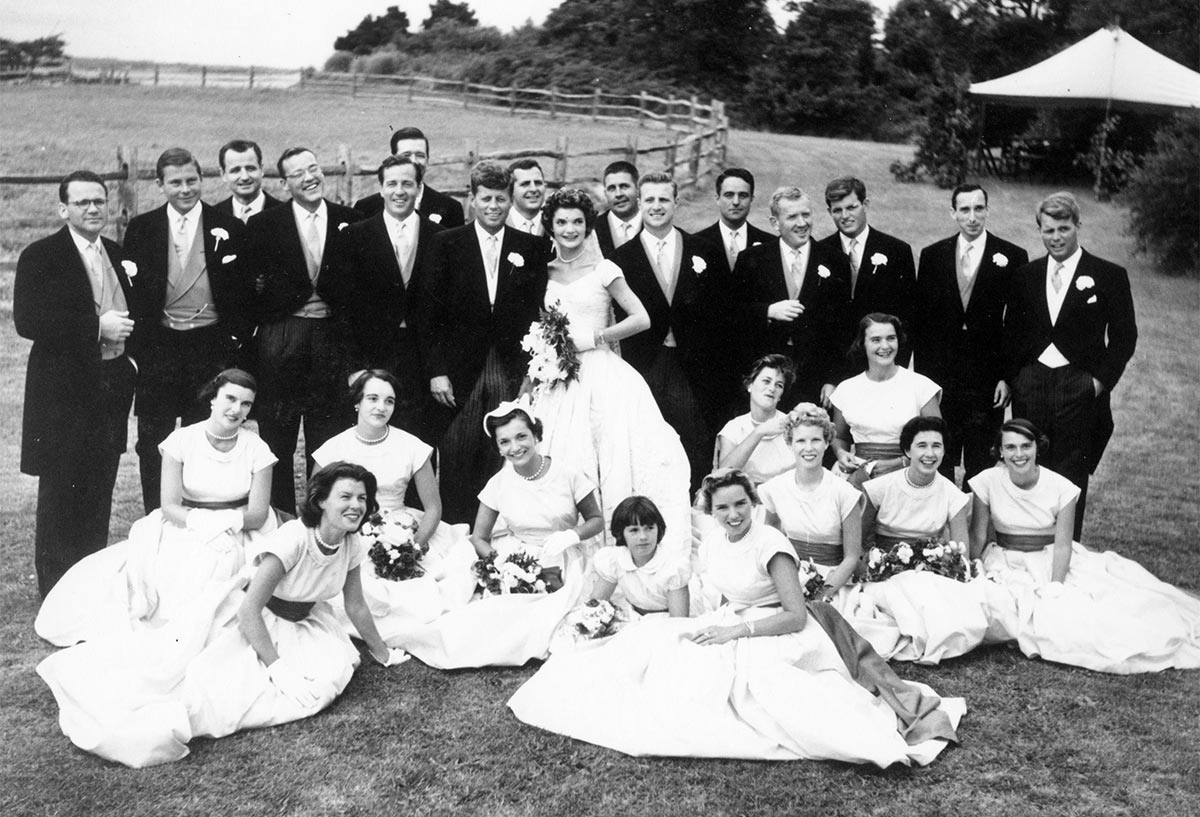 John F. Kennedy and Jacqueline Lee Bouvier were introduced to each other by a common friend in 1952. Their engagement was announced on 25 June 1954, he was 36, she 24. The wedding took place in September the same year. 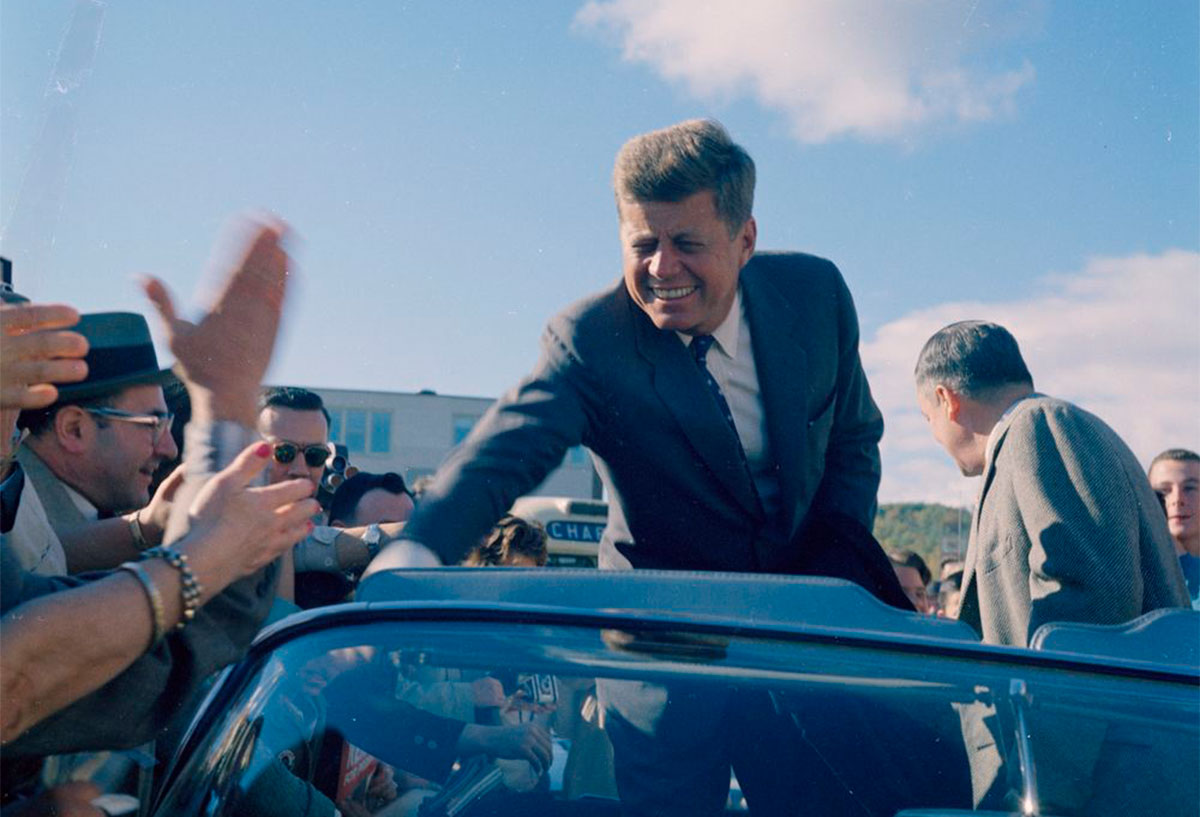 During his Presidential campaign in 1960, JFK had to fight against the notion that a Catholic candidate could never win the office. He managed to charm the country with his looks, elegance and wealth. His election slogan was ‘Let’s get this country moving again’. 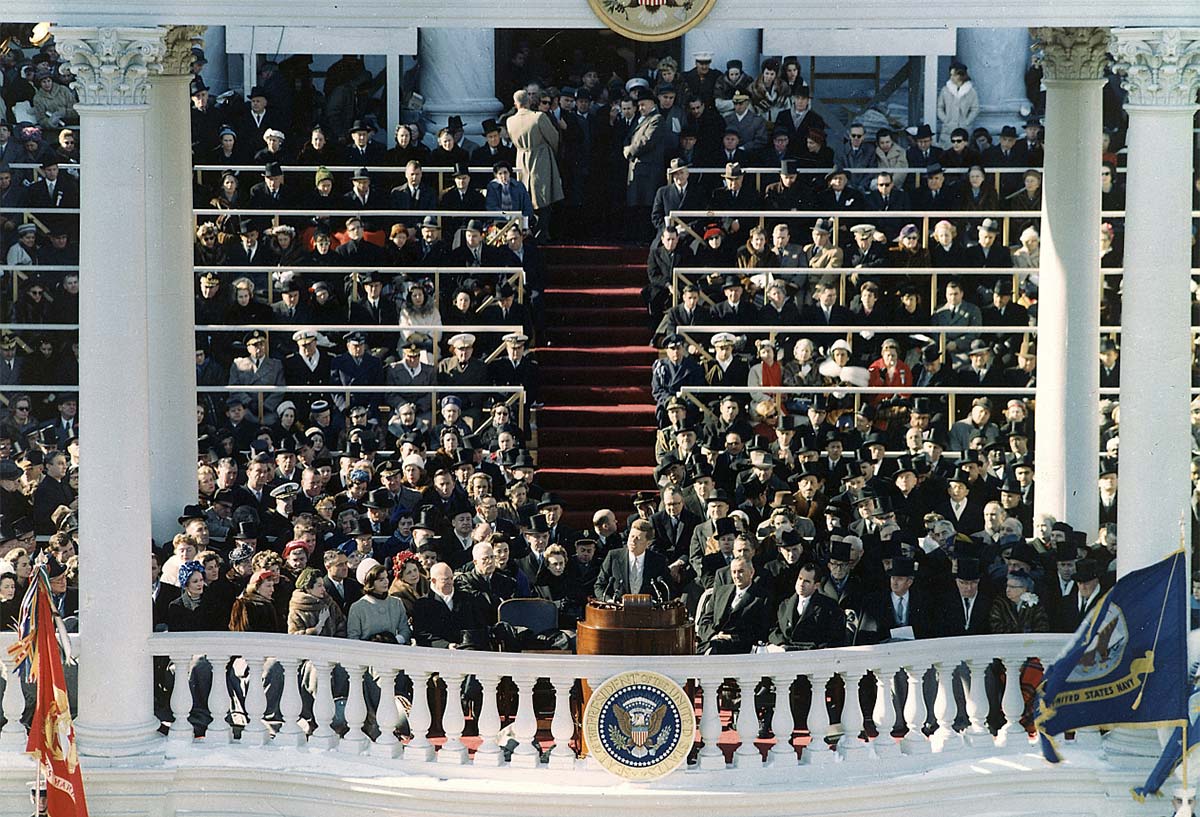 Kennedy narrowly won the election against Republican incumbent Vice President Richard Nixon. He became the youngest US President in history. 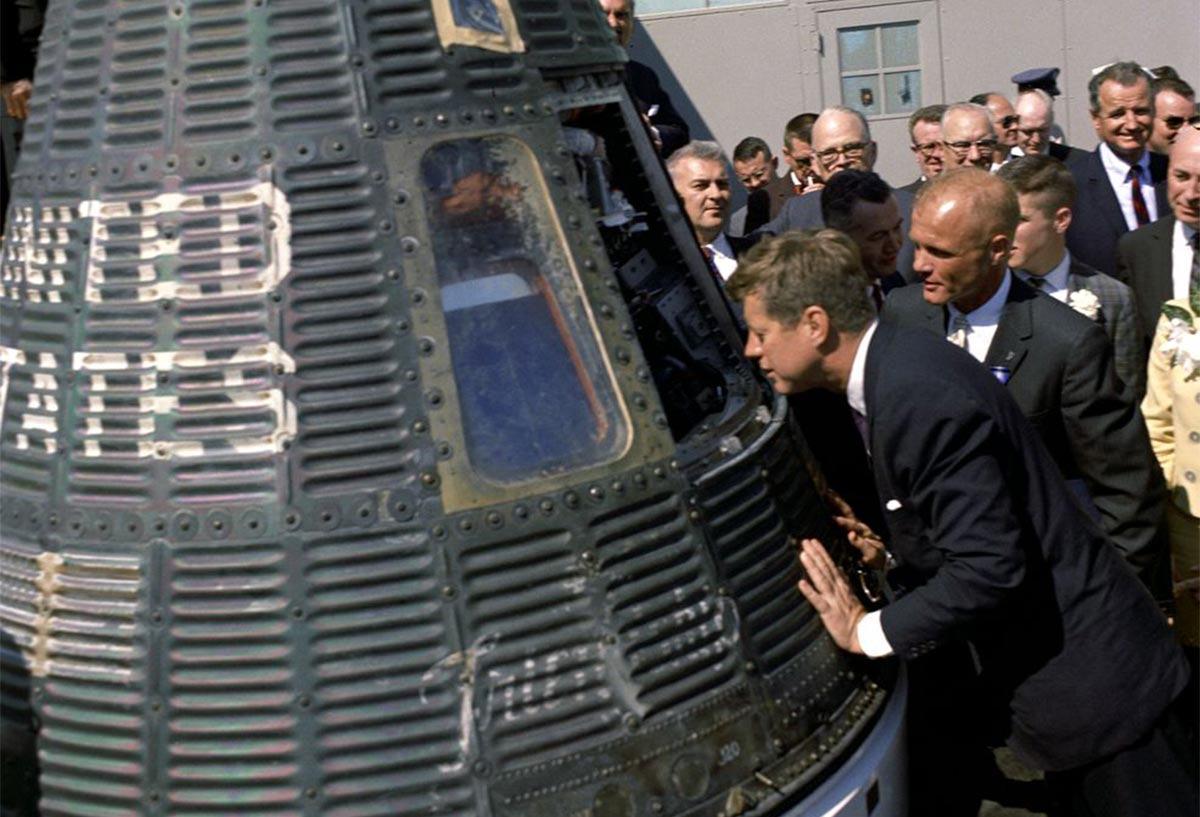 His time as President of the United States saw major developments in the Cold War, including the Bay of Pigs Invasion, the Cuban Missile Crisis and his speech in West Berlin where he announced: ‘Ich bin ein (I am a) Berliner.’ 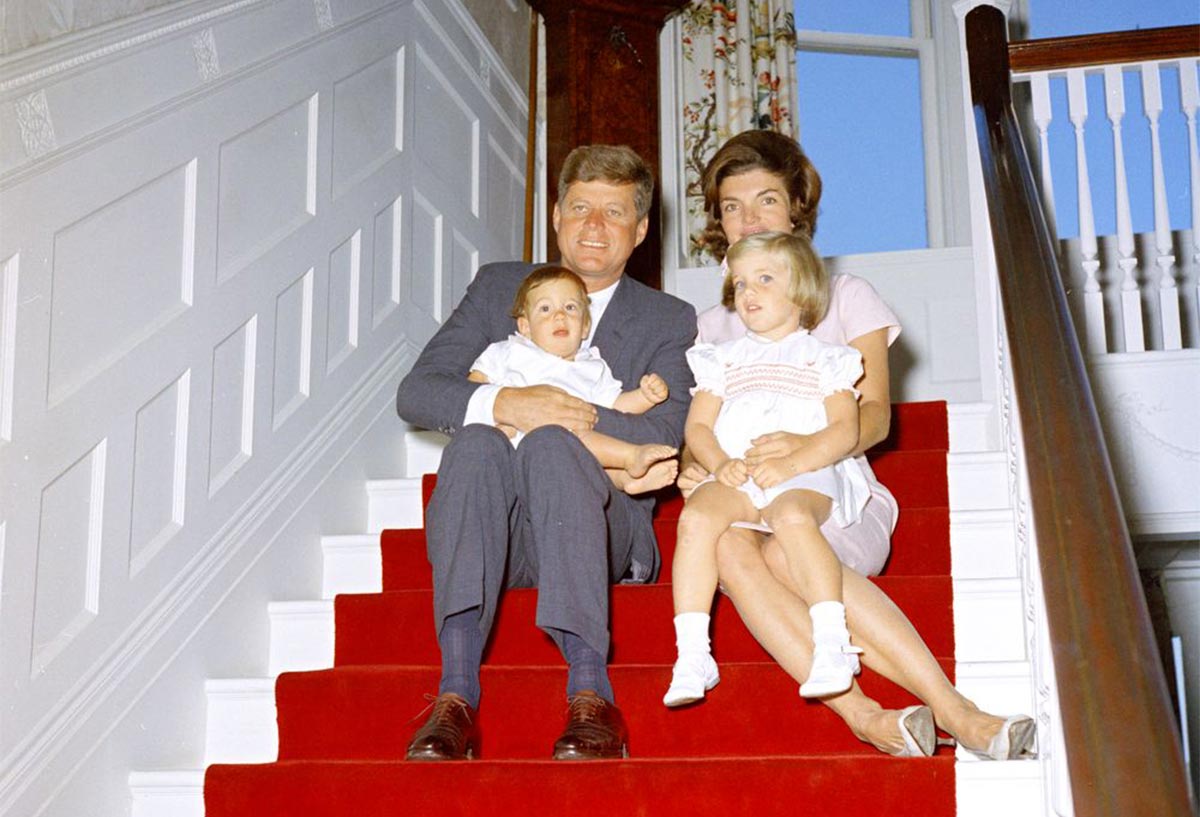 The Kennedy’s seemed like the perfect upper class American family, with his two children becoming widely known across the country. Behind the scenes JFK had multiple affairs, including with Marilyn Monroe, Ellen Rometsch and Mary Pinchot Meyer. 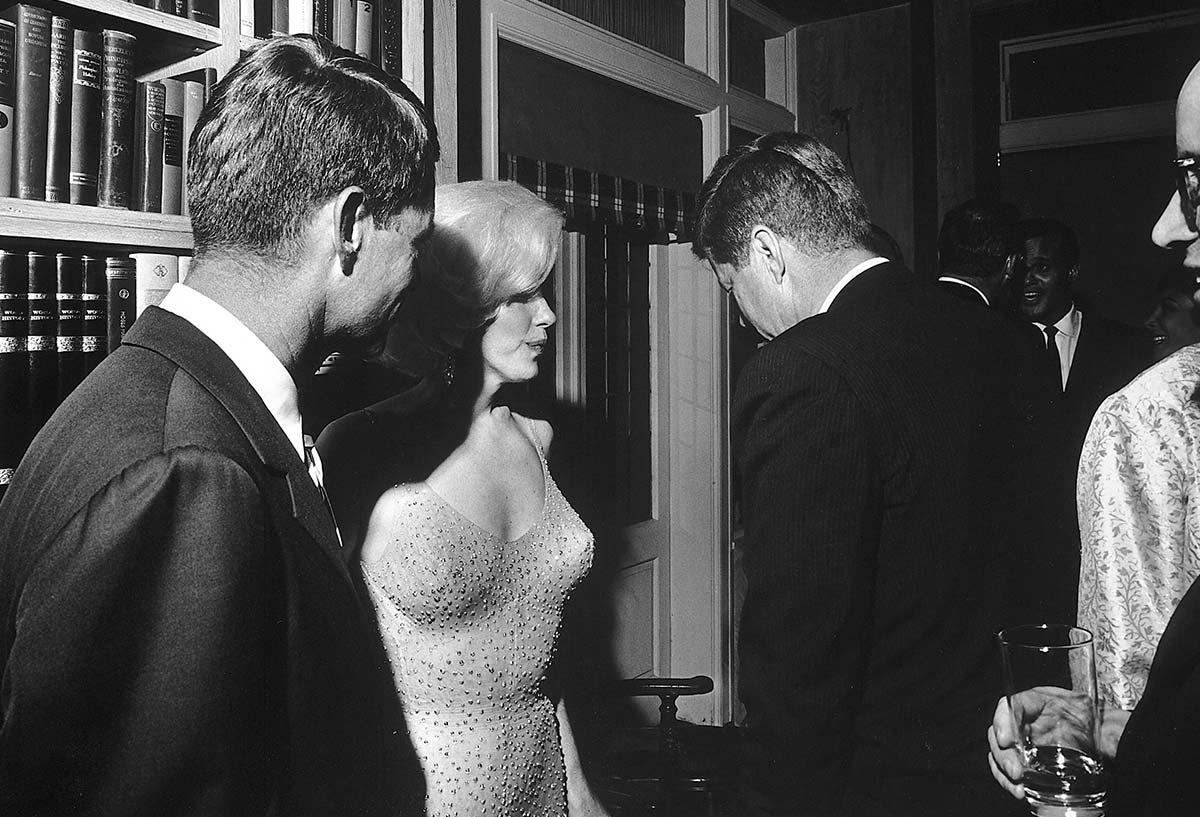 In 1962 Marilyn Monroe famously sang a sultry version of ‘Happy Birthday’ to the President to which he jokingly replied, ‘I can now retire from politics after having had Happy Birthday sung to me in such a sweet, wholesome way.’ 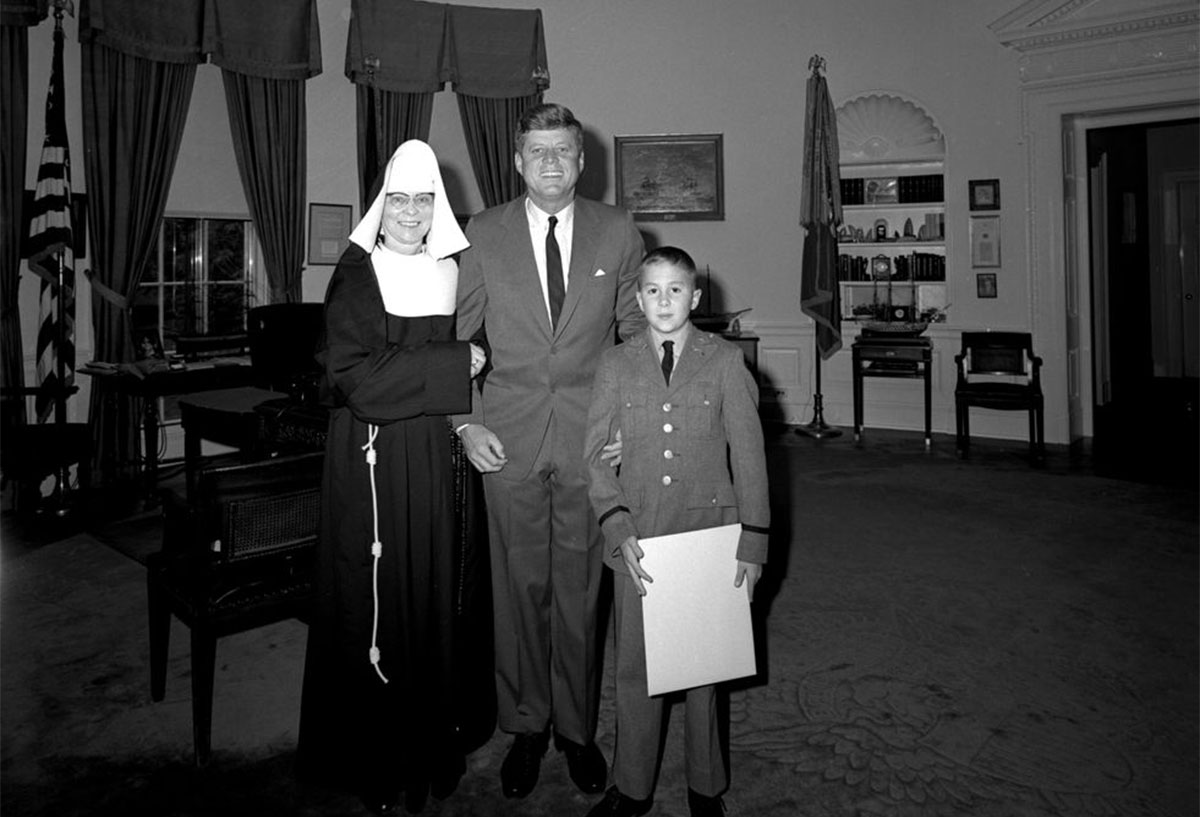 JFK stayed very popular both in the USA and abroad. He is credited for increasing morale during very turbulent times in the country’s history. 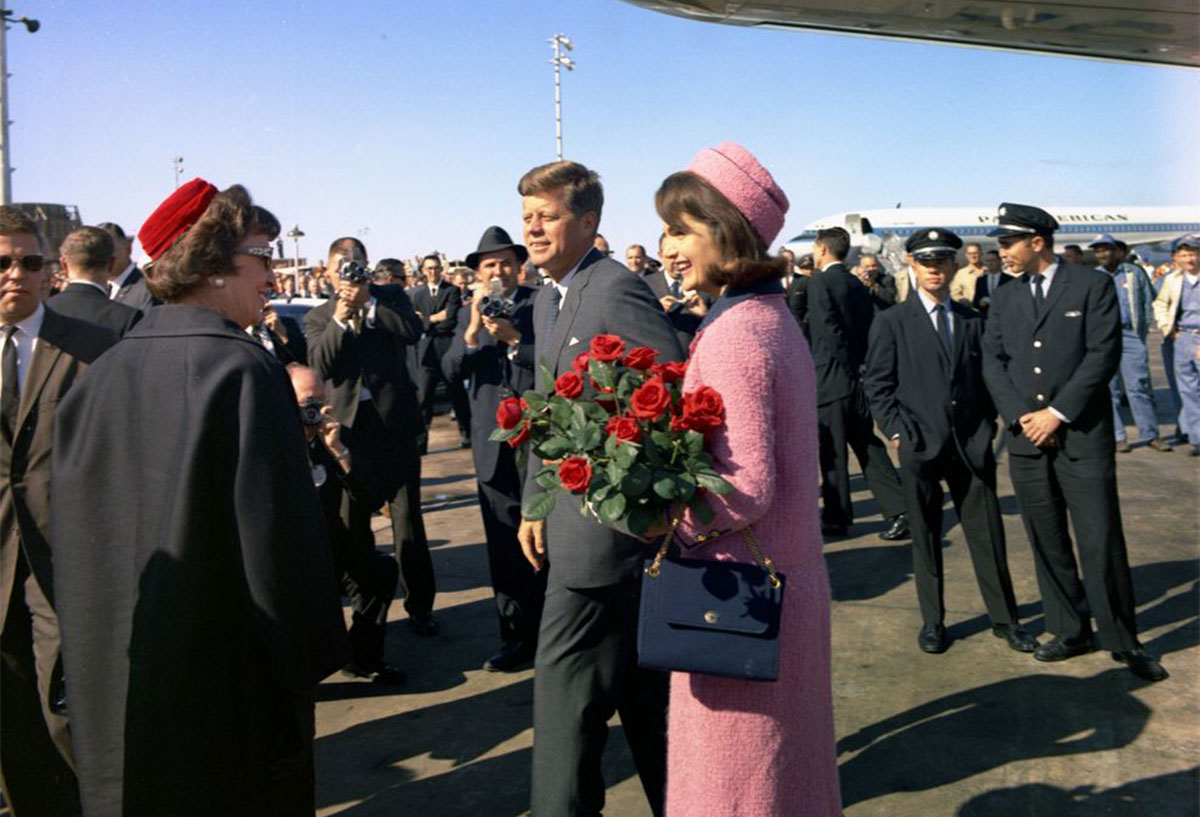 John F. Kennedy was assassinated by Lee Harvey Oswald on 22 November 1963 during his visit to Dallas, Texas. He and Jackie were driving in an open limousine before two bullets hit JFK at 12:30PM. 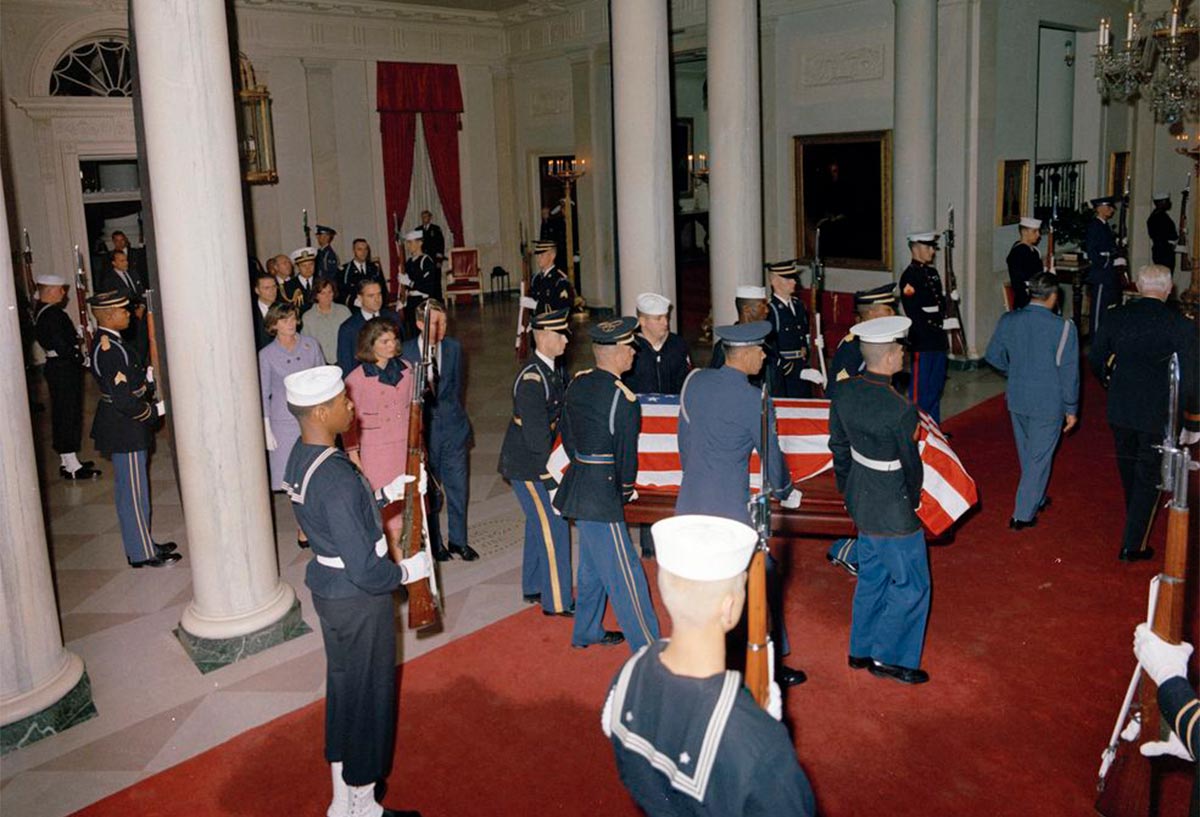