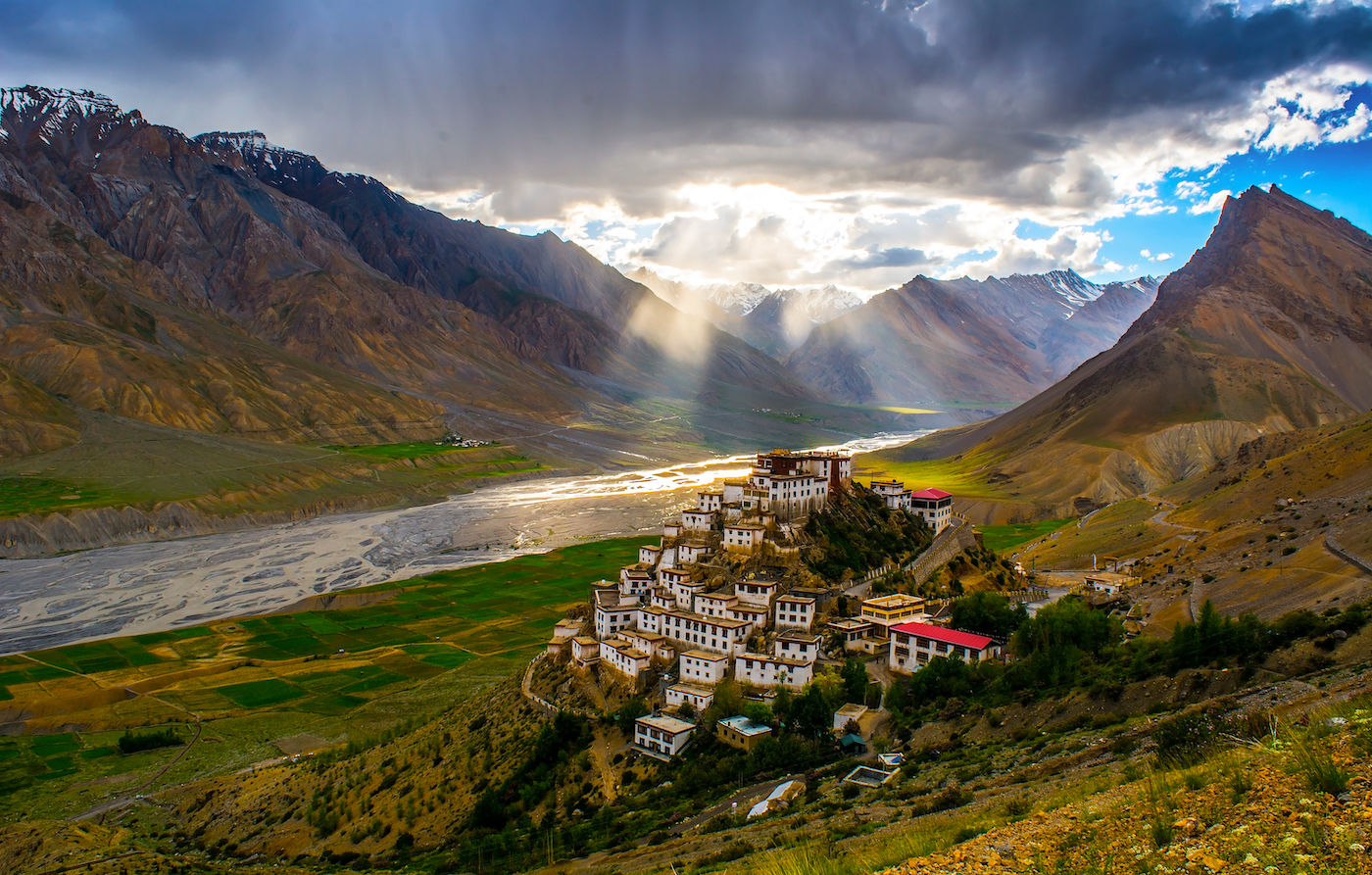 For centuries, religious monks and nuns have retreated from popular society to lead isolated lives of solitude, self-awareness and religious devotion.

On occasion, this has led religious followers to build monasteries in some of the most isolated locations on the planet, from the Himalayas to the sheer cliff faces of Bhutan, China and Greece.

Here are 8 of the most isolated mountain monasteries in the world. 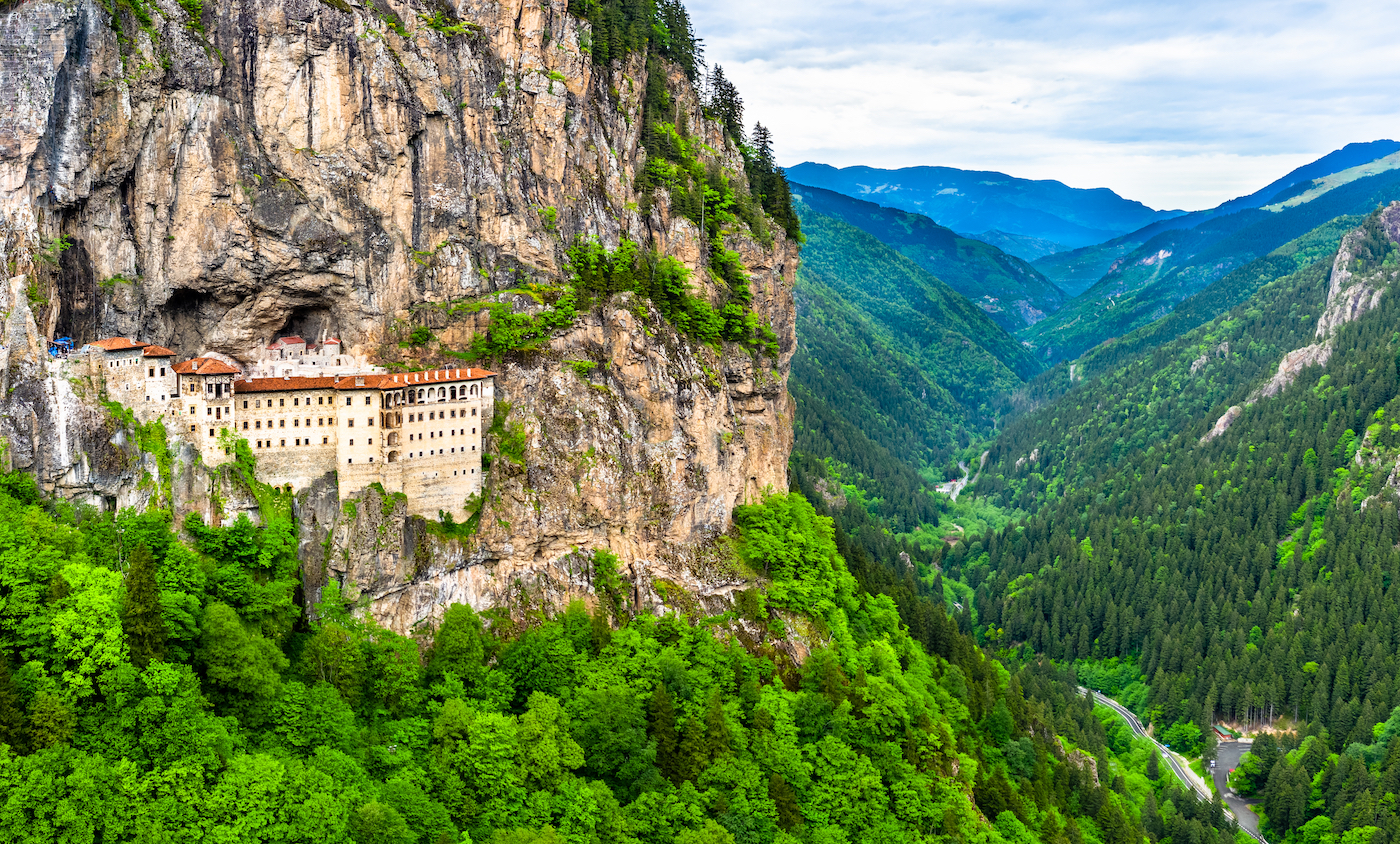 Sumela is a Byzantine monastery dedicated to the Virgin Mary, perched on the edge of a sheer cliff-face 300 meters high in Turkey’s Altindere National Park. According to tradition, the monastery was founded by Barnabas and Sophranius, two Athenian priests who visited the region in the 4th century AD. The structure seen today is believed to have been founded in the 13th century AD.

The monastery is reached via a narrow, steep path and staircase through the forest, initially chosen for defensive purposes. It stands at some 4,000 feet high. Many of the manuscripts and artefacts found at the monastery have since been catalogued and are now on display at the Ankara Museum and the Ayasofya Museum in Istanbul. 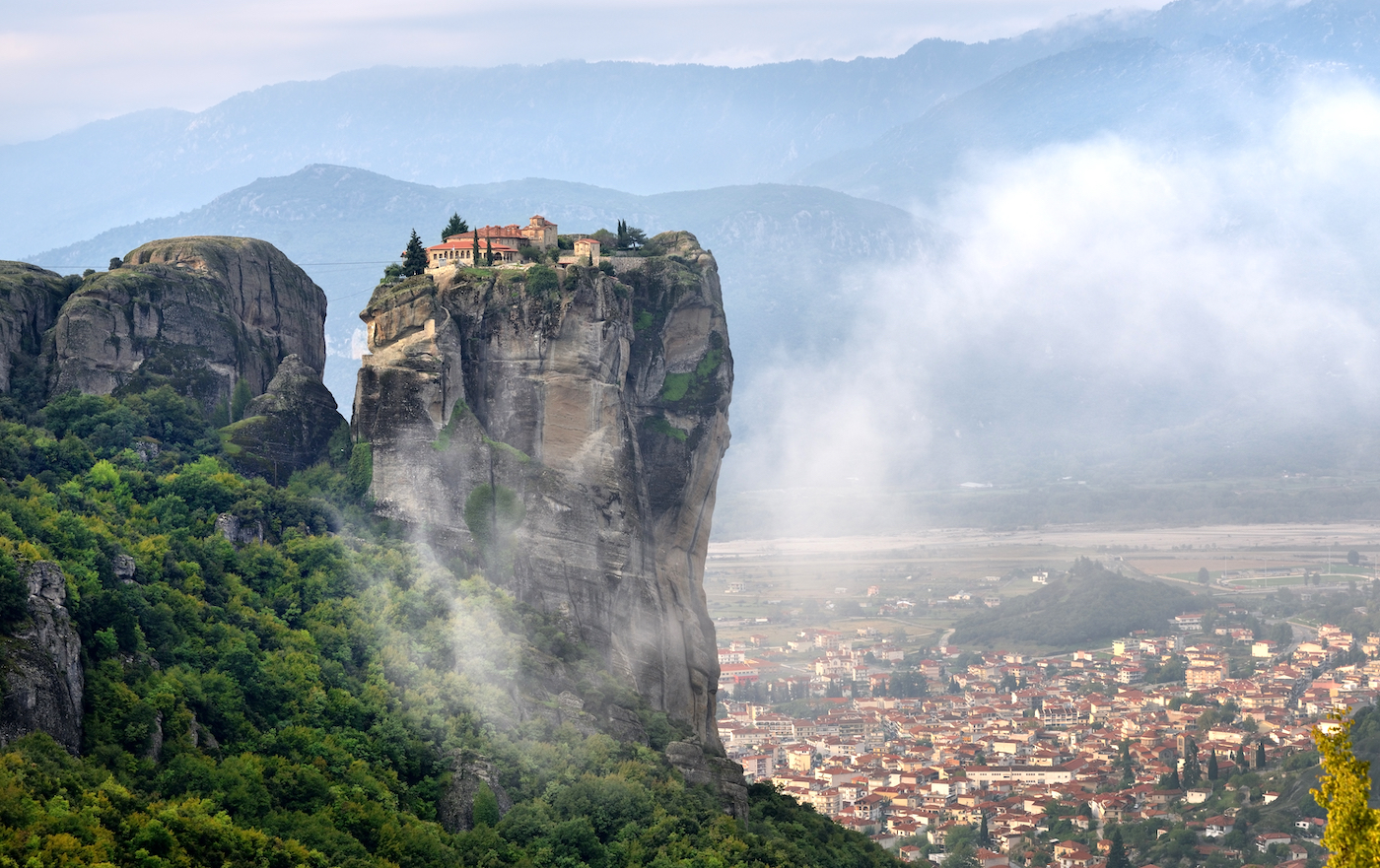 Monastery of the Holy Trinity atop a high rock. Kastraki, Meteora, Greece.

Holy Trinity Monastery stands atop a towering sandstone buttress amongst the iconic Meteora rock formations of Greece. It was built in the 13th century as an Eastern Orthodox site of reverence, and is one of dozens of monasteries in the mountainous region.

The monastery can only be reached by climbing more than 140 steps and some 1,300 feet. But up until the 1920s, ropes and nets were used to scale the rock formation. The structure featured in the 1981 James Bond film, For Your Eyes Only, and is recognised by UNESCO as a World Heritage Site.

The Key Monastery sits in the remote Spiti Valley of Himachal Pradesh, in northern India. It’s one of the most isolated Buddhist monasteries in the world, found at more than 4,000 metres about sea level in the hills of the Himalayas.

The monastery is thought to have been built in the 11th century, and is replete with paintings, ancient manuscripts and Buddha iconography. Over the centuries, it has endured natural disasters, invasions and theft, and still it houses around 300 people at any one time. 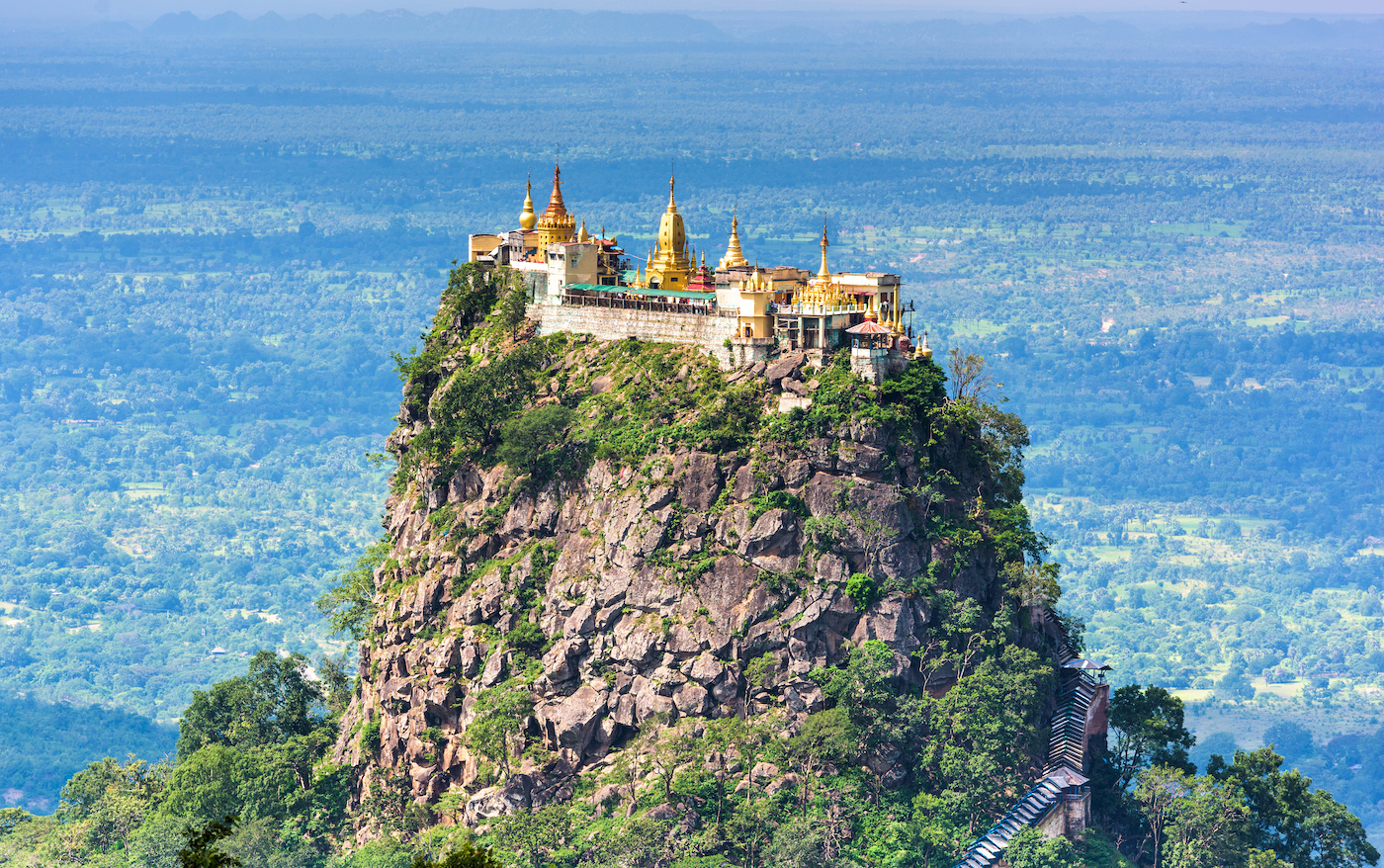 This Buddhist monastery is found on the extinct volcano, Mount Popa, in Myanmar. According to legend, the mountain is home to countless holy spirits known as ‘nats’ and possesses an array of holy properties.

Sitting more than 700 metres above sea level, Taung Kalat is reached via a snaking path of 777 steps. It is now a popular site of pilgrimage in Myanmar, with thousands of Buddhists and tourists alike visiting each year. 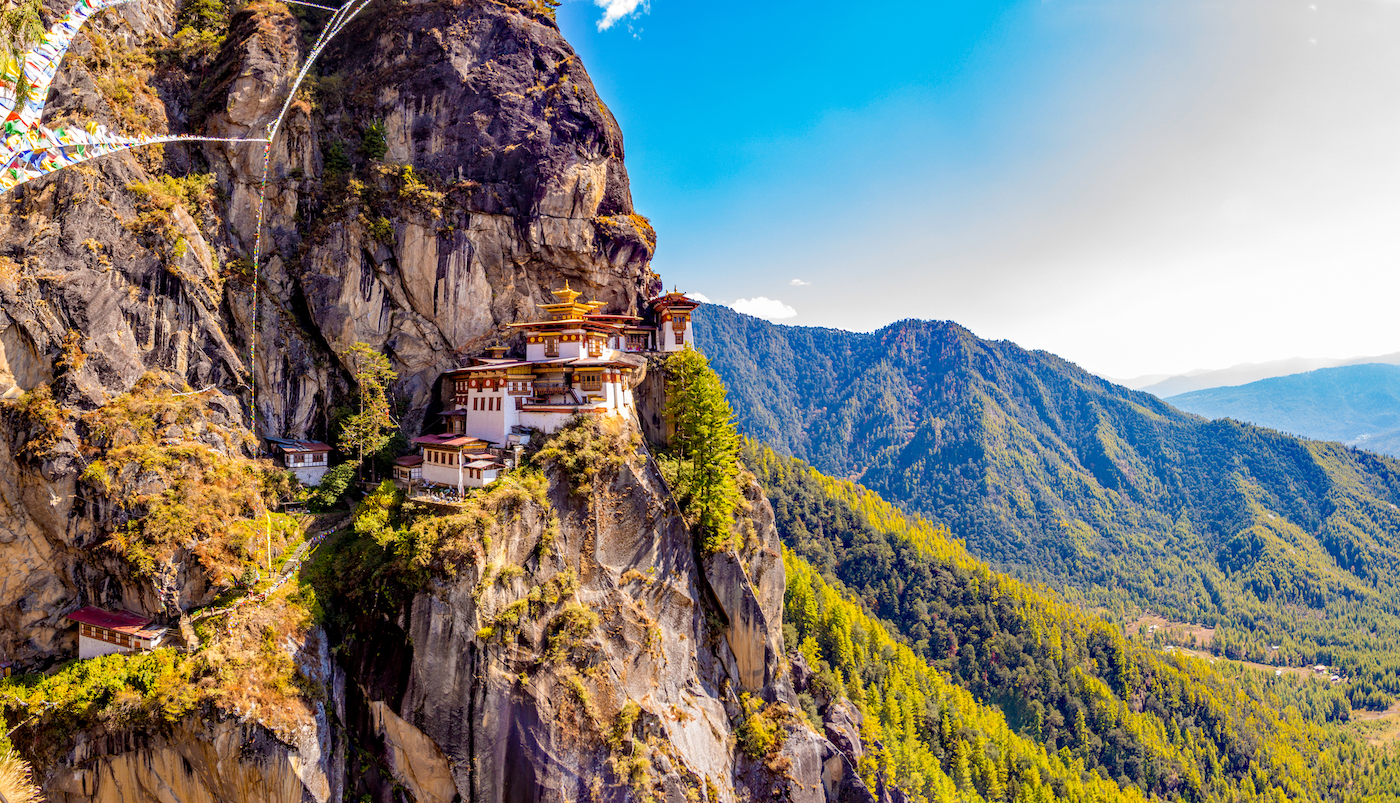 A panoramic view of the Tiger’s Nest monastery, also known as the Paro Taktsang, in Bhutan.

Tiger’s Nest monastery, also known as Paro Taktsang, is one of the most iconic sites in the isolated South Asian country of Bhutan. A celebrated holy site, the monastery is built along the mountains of the Paro Valley. It’s said that Guru Rinpoche, a Buddhist master, was carried on the back of a tiger to the site of Paro Taktsang, where he meditated in a cave for three years, three months, three weeks, three days and three hours.

Built in the late 17th century, Paro Taksang remains a functioning Buddhist monastery to this day. The structure is some 10,000 feet above sea level, so it’s unsurprisingly difficult to reach. Some of the way can be travelled on mules, but it’s nonetheless a substantial trek. 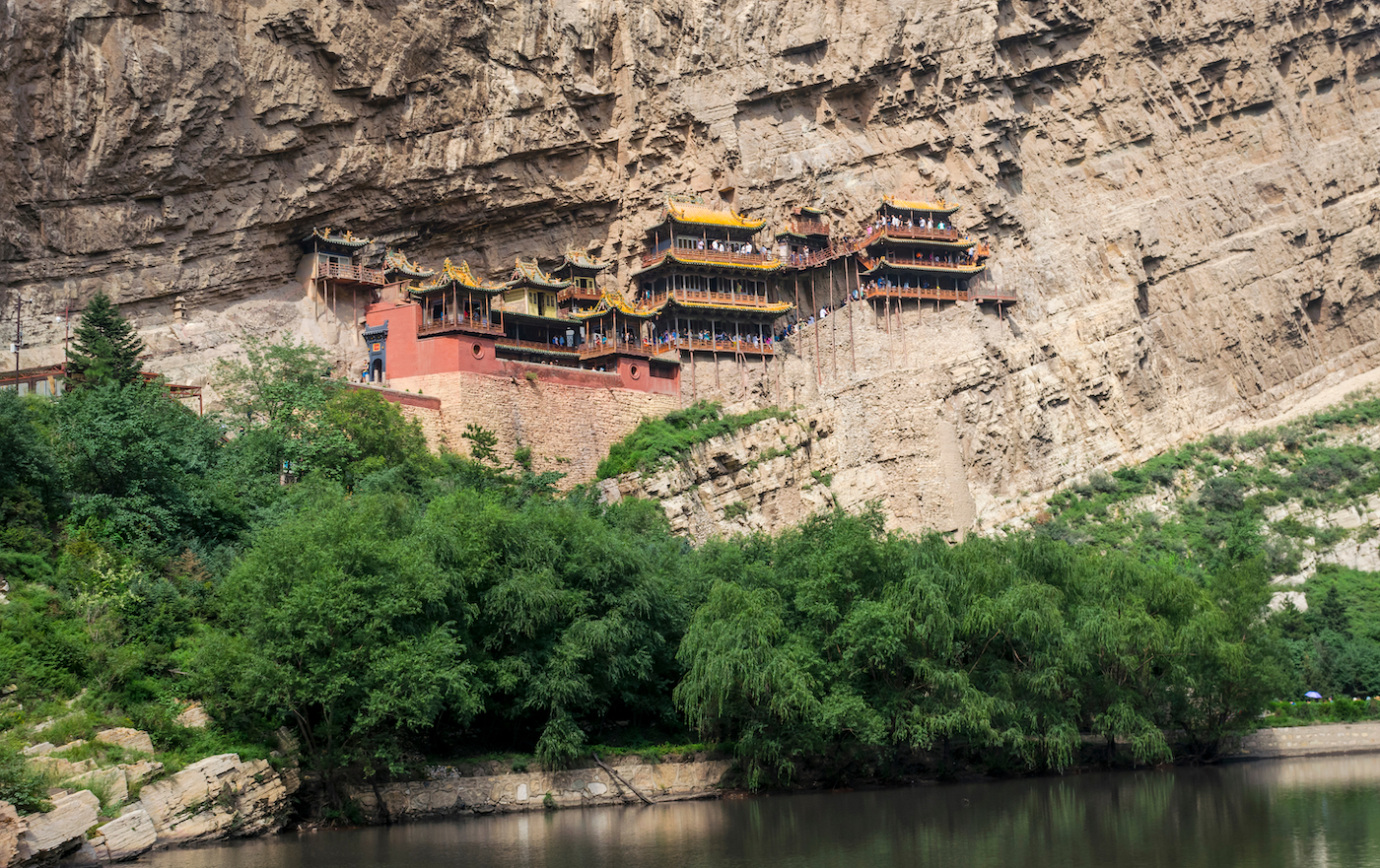 The hanging monastery at Datong, China

Built on a cliff face at the bottom of Hengshan Mountain, China’s Hanging Monastery is thought to have been constructed in the late 5th century. To build it, holes were drilled into the cliff, through which poles were inserted to sustain the structure. It was restored in the 20th century.

Atypically, the Hanging Monastery supports Buddhist, Taoist and Confucianist followers alike. For centuries, monks would have lived in the Hanging Monastery in China in near total isolation from the outside world. This isn’t so much the case now: the site is popular amongst tourists and receives thousands of visitors every year. 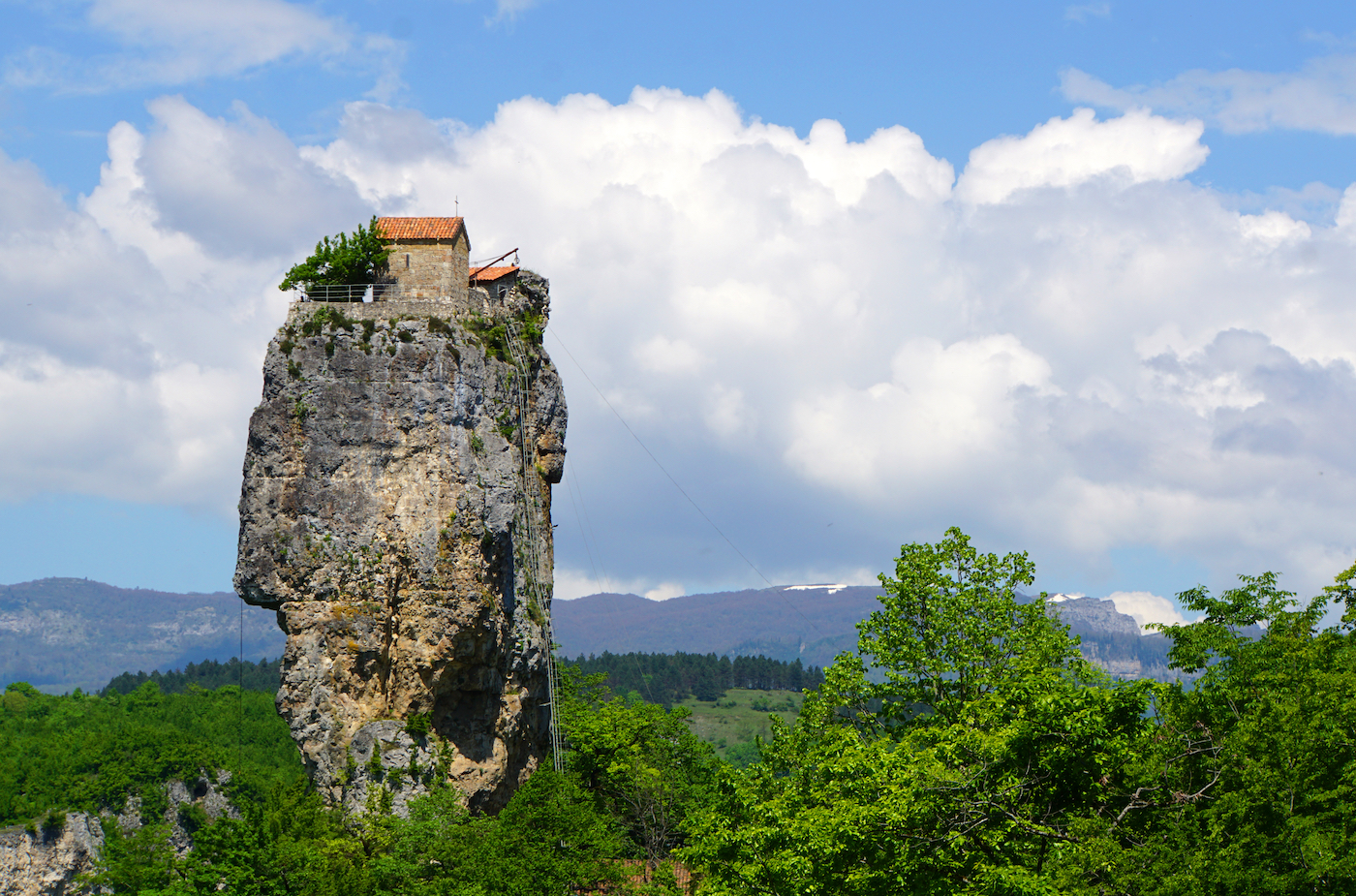 The Katshki Pillar in Georgia is a towering stone structure, home to a tiny site of religious reverence. Thought to have first been used as a pagan site, the pillar-top became home to a Christian church in around the 7th century.

Although the monastery eventually fell into ruin, it was restored and expanded in the 20th and 21st centuries and a monk named Maxime Qavtaradze made it his monastic home. Other monks have moved in since, and they regularly scale the rock tower via a metal ladder to say prayers. The monastery is closed to the public. 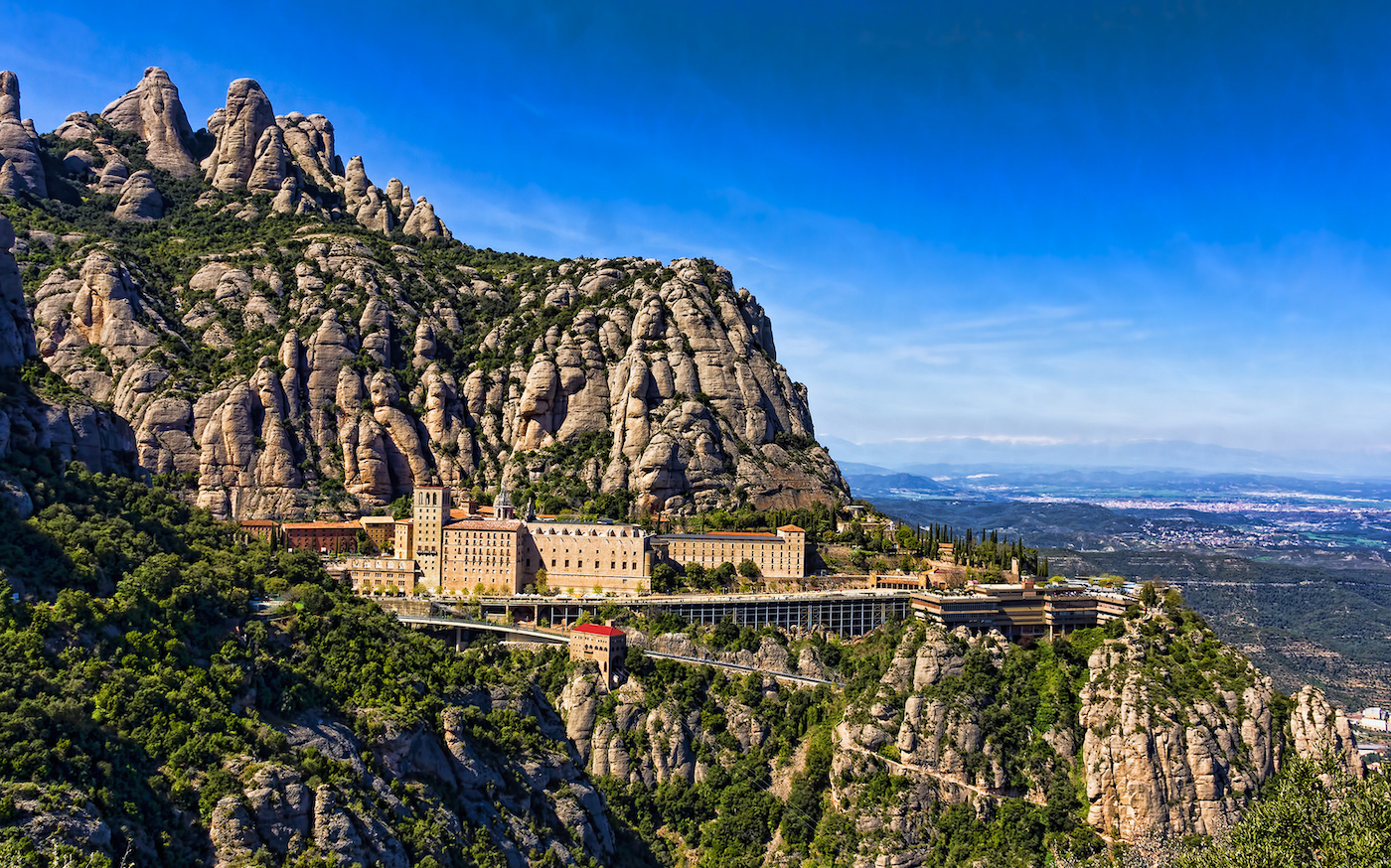 View of the Montserrat monastery in Spain.

Officially titled Santa Maria de Montserrat, Montserrat Monastery is a medieval abbey and monastery sitting high among the mountains of Catalonia, Spain. It is thought an early Christian chapel stood on the site in the 9th century AD, while the monastery itself was founded in 1025. The monastery was sacked by Napoleon’s troops in 1811, and attacked again during the Spanish Civil War. Since then, it has been seen as a symbol of Catalan nationalism and protest.

Today, the Montserrat Monastery still functions with dozens of monks living there at any one time. Visitors can explore the historic monastery as well as the Montserrat Museum.