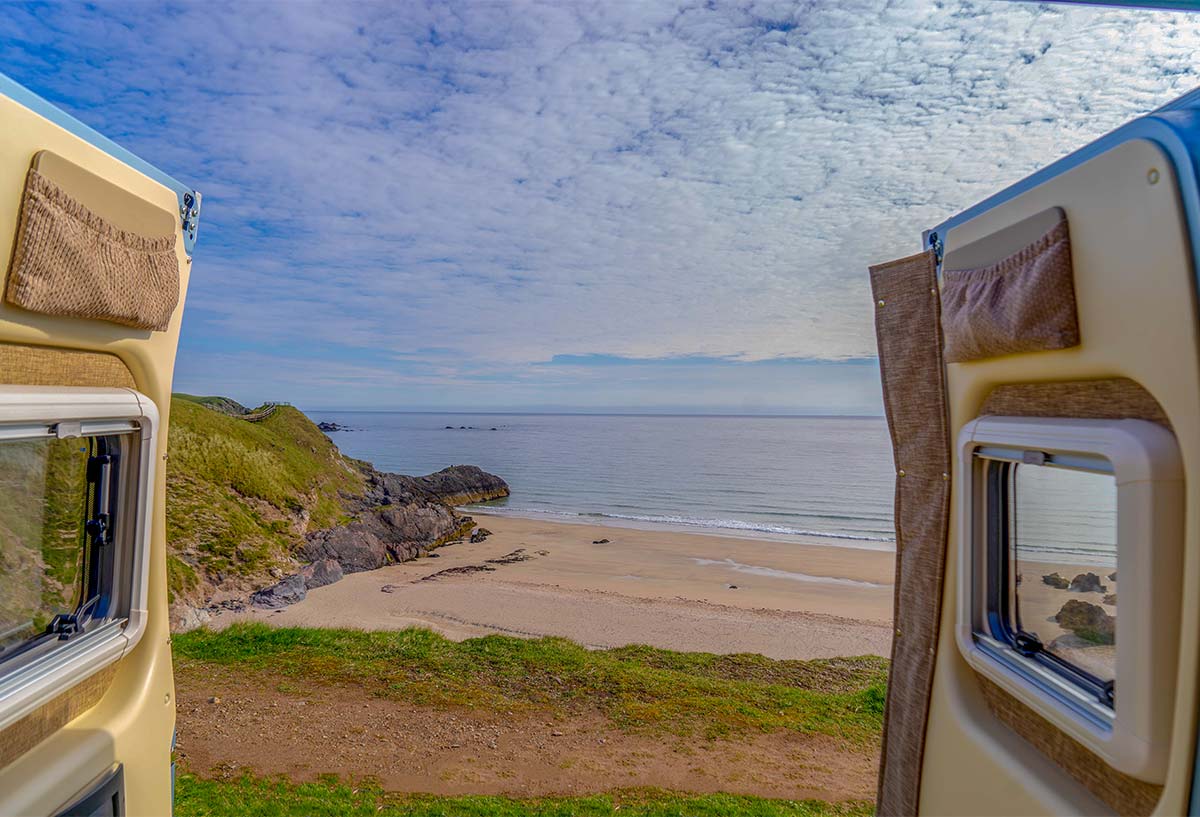 Launched in 2015, the North Coast 500 (NC500) is a scenic driving route in the north Highlands of Scotland, linking various magnificent attractions and coastal spots along a roughly 516-mile-long circuit.

Hugging the northern coast of Britain, the route starts and ends in the city of Inverness, the capital of the Highlands. The goal of the NC500 was to encourage more people to experience the castles and rugged coastlines, museums and stunning heritage sites of the sparsely populated region.

Come with us on a visual journey along the NC500 and discover what sites await travellers visiting the so-called ‘Scottish Route 66’. 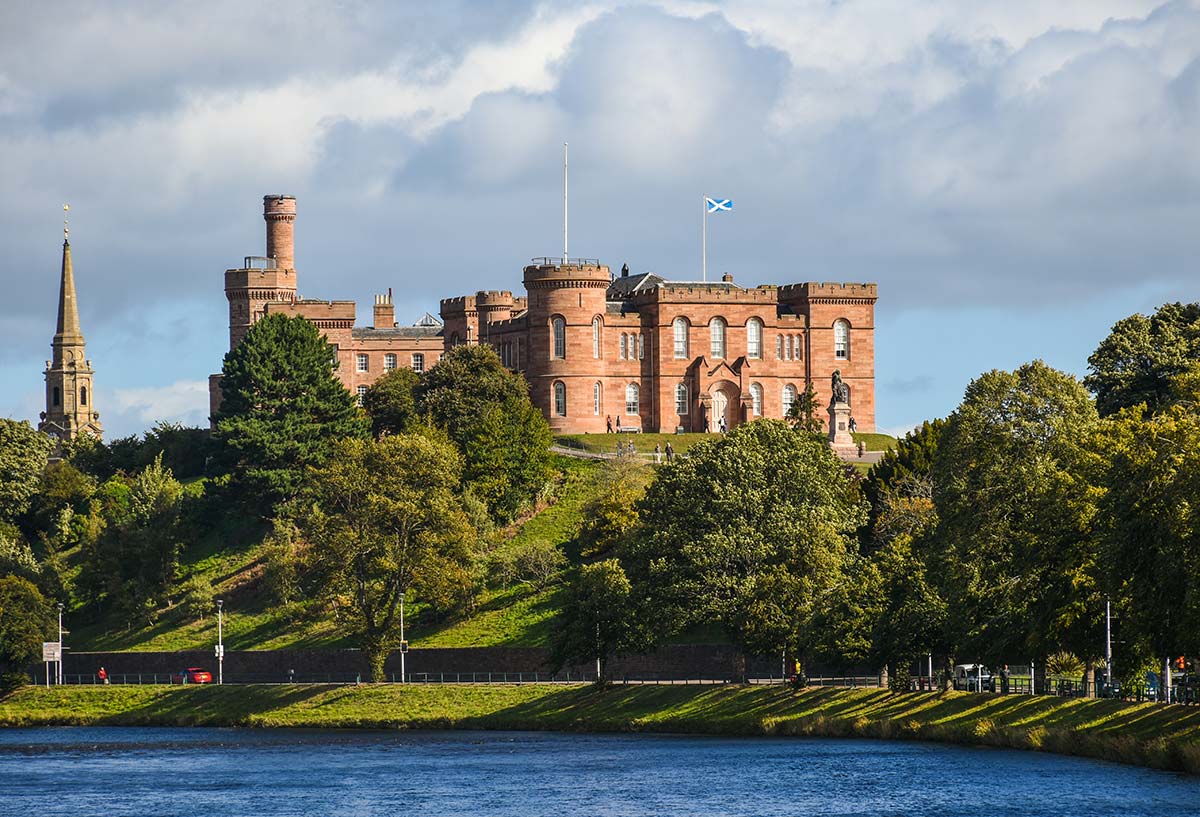 The start and the end point of the NC500, Inverness is by far the largest city in the Scottish Highlands. There are many historic sites and attractions there which are worth exploring, with some of the highlights being Inverness Castle and the beautiful 19th-century Inverness Town House. 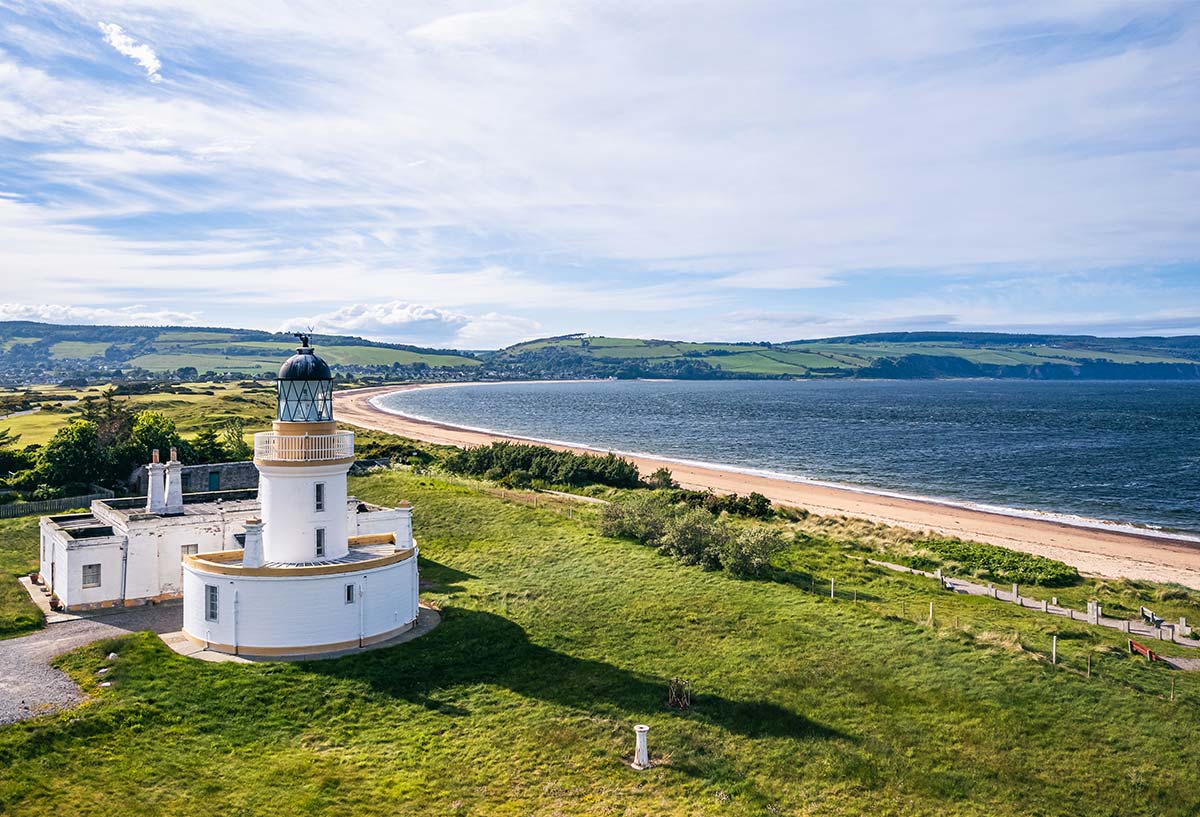 Chanonry Lighthouse on the Black Isle

Chanonry Point is most famous for being one of the best places in the United Kingdom to see dolphins. Located between Fortrose and Rosemarkie on the Black Isle, the site always attracts many wildlife enthusiasts. 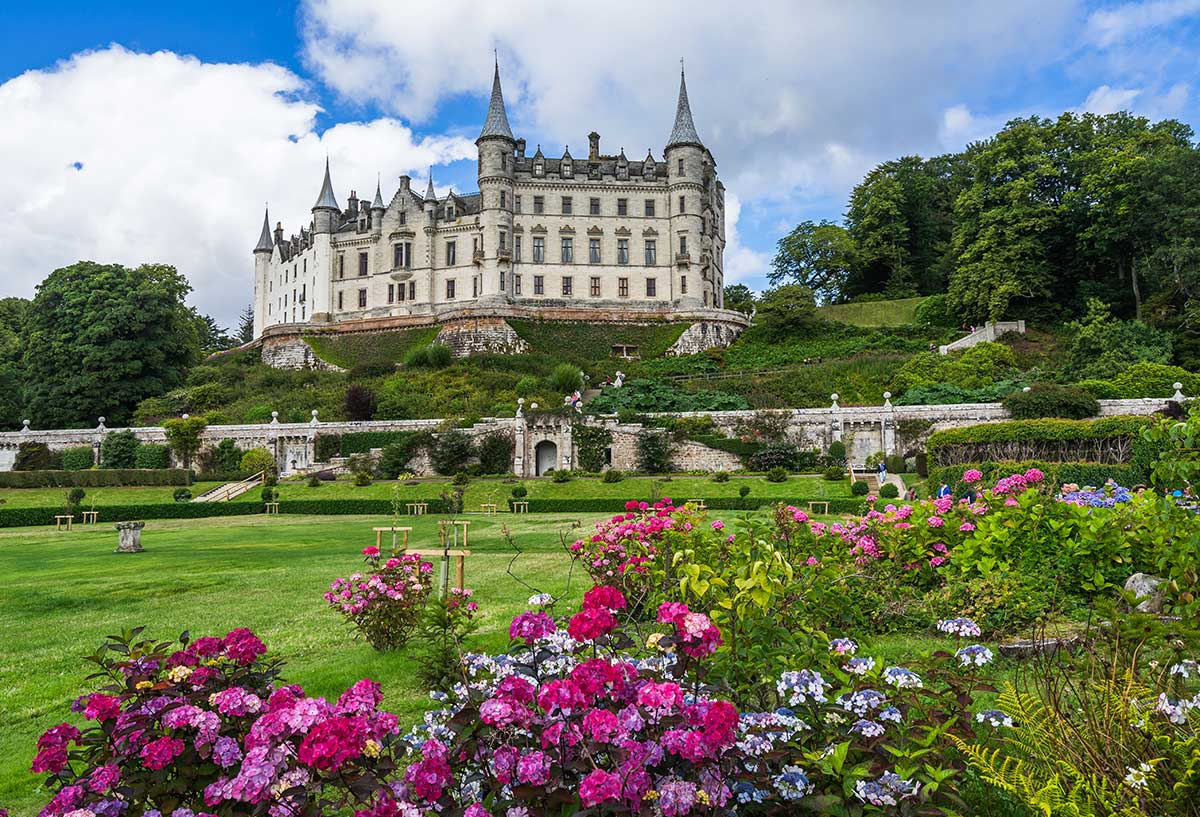 Moving onward one may decide to stop at the beautiful Dunrobin Castle, situated in the village of Golspie. The grand complex has the honour of being one of the oldest inhabited houses in Scotland, with some parts of the building being from the medieval era. The castle, with its magnificent gardens, is open to visitors. 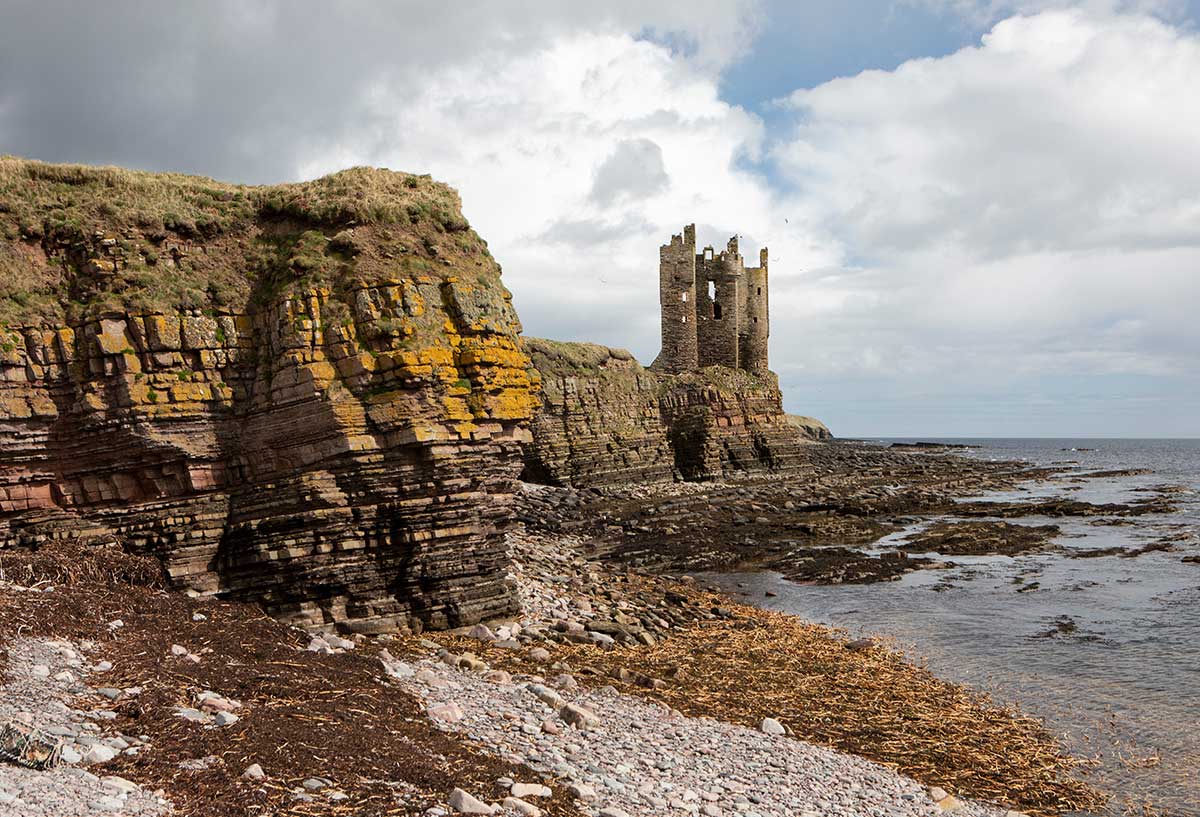 The ruins of Keiss Castle

The romantic ruins of this late 16th/early 17th century castle can be found overlooking Sinclair’s Bay, less than one mile north of Keiss village. 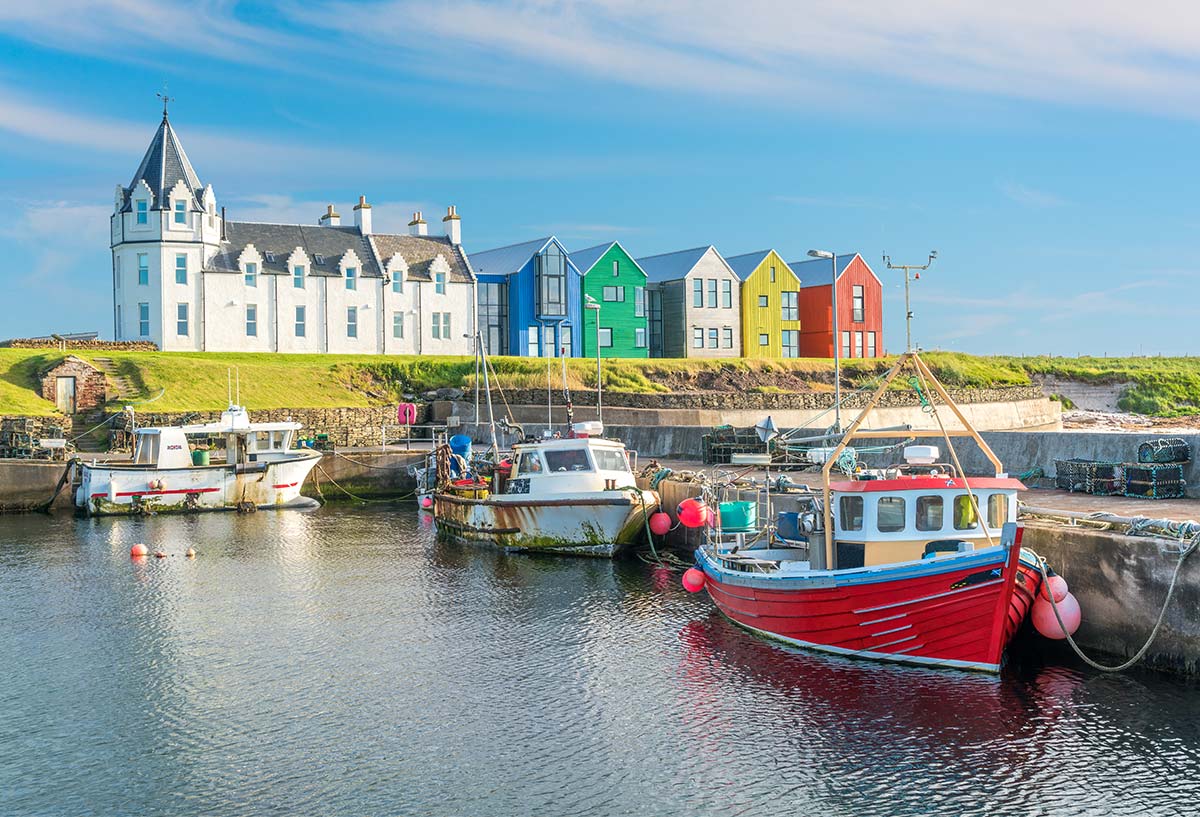 The colorful buildings of John O’Groats

The small village of John O’Groats is a popular tourist attraction in Northern Scotland. Visitors can participate in wildlife cruises or take a ferry to Orkney between May and September. 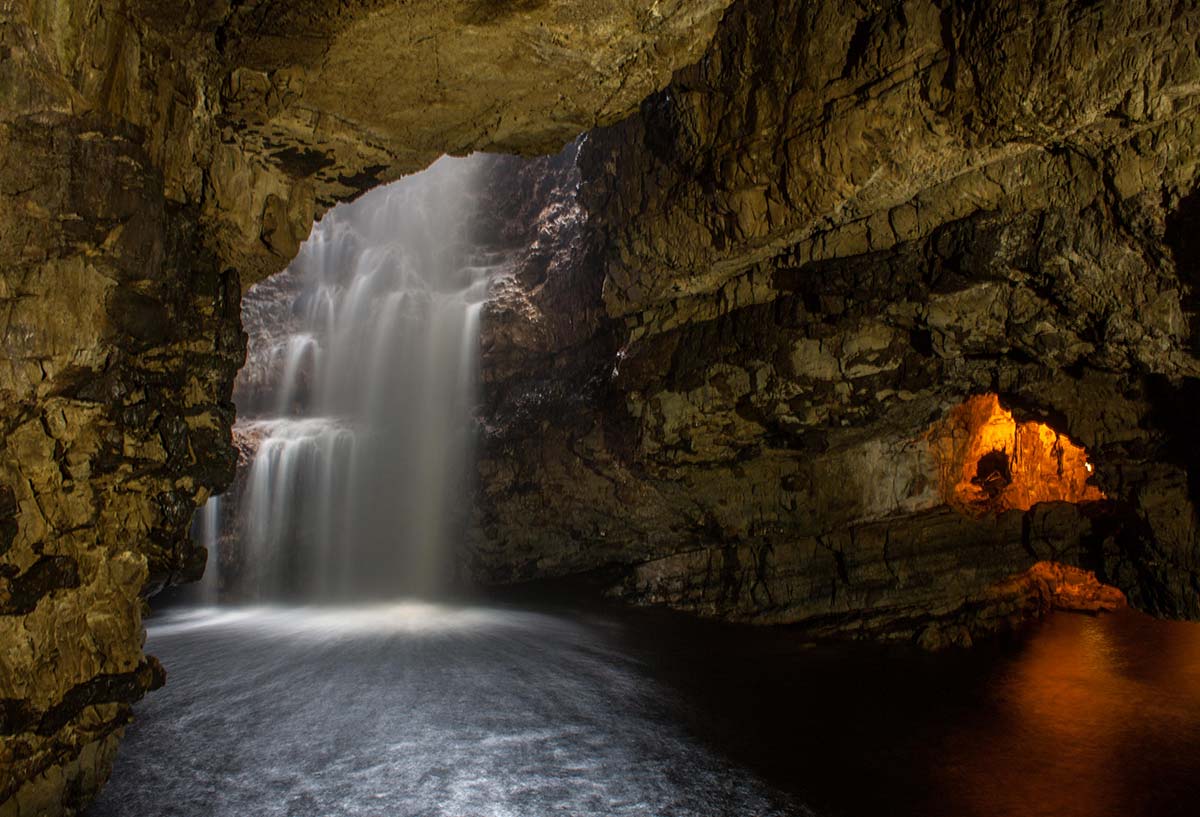 Inside the Smoo Cave in Durness, Scotland

The mesmerising Smoo Cave can be found on the very northern tip of Scotland, close to the town of Sangobeg. The natural wonder is open to visitors all year round. 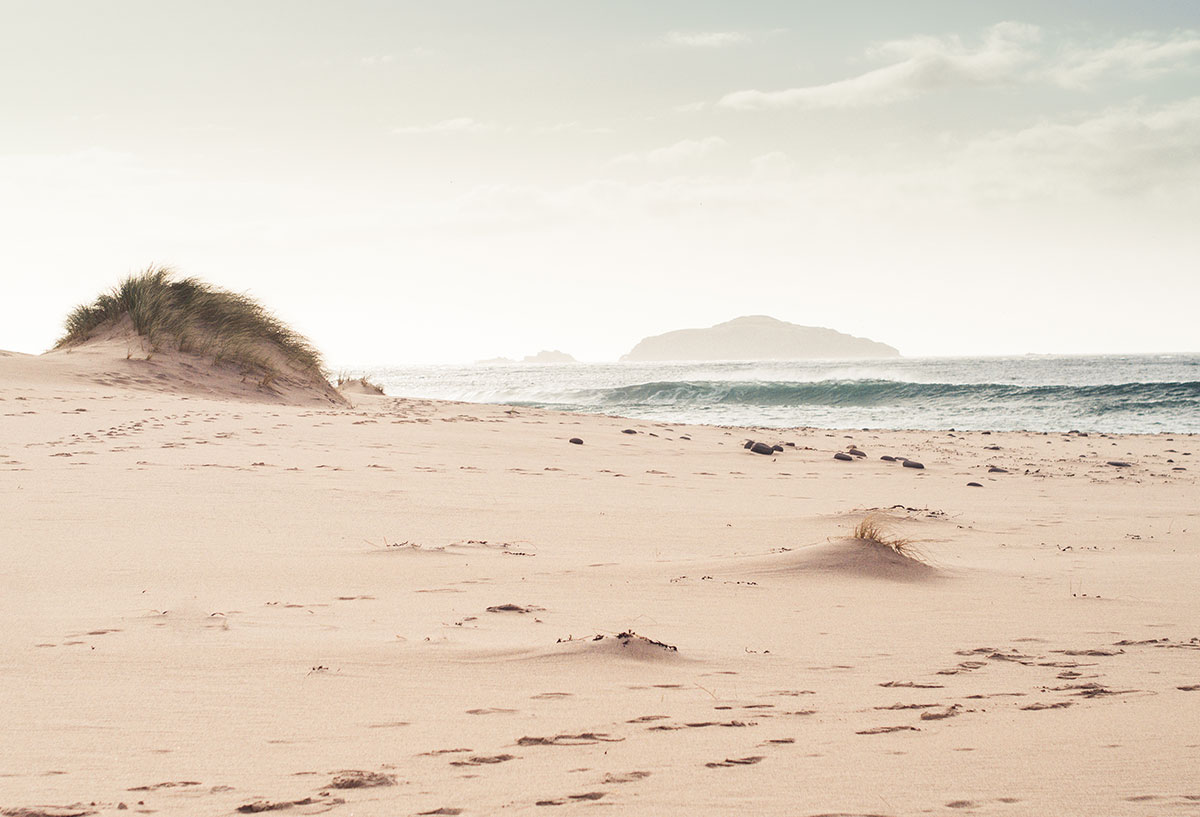 Evening at the Sandwood White Beach

In the far north of Scotland, Sandwood Bay Beach is a patch of coastline boasting lush sands and dunes akin to those of a tropical island. The beach is considered to be one of the cleanest and most unspoilt in the whole of the UK. 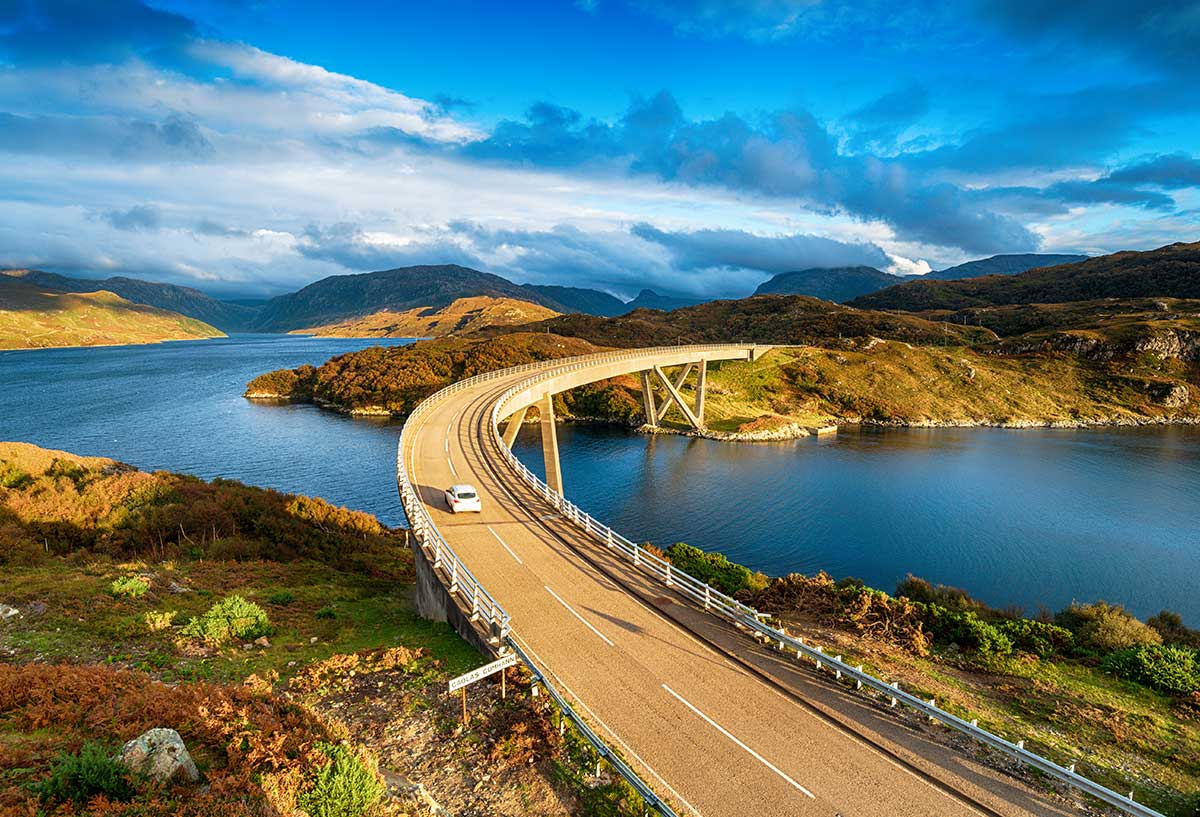 The curved concrete bridge was opened for use in 1984 and has since become a landmark of the region and an iconic stretch of the North Coast 500. 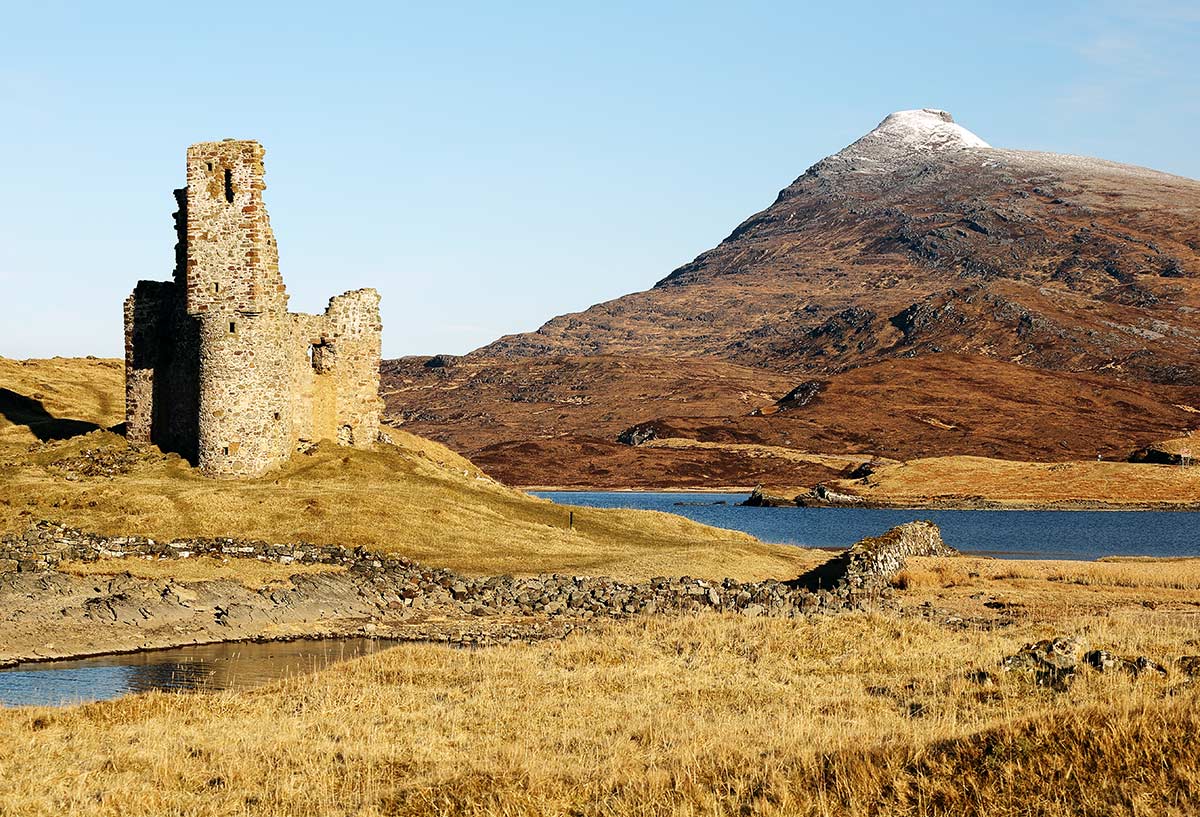 The ruins of Ardvreck Castle

On the shores of Loch Assynt, the ruins of Ardvreck Castle stand near the mountain Quinag. The late 15th century stronghold is surrounded by miles of largely unspoiled countryside. 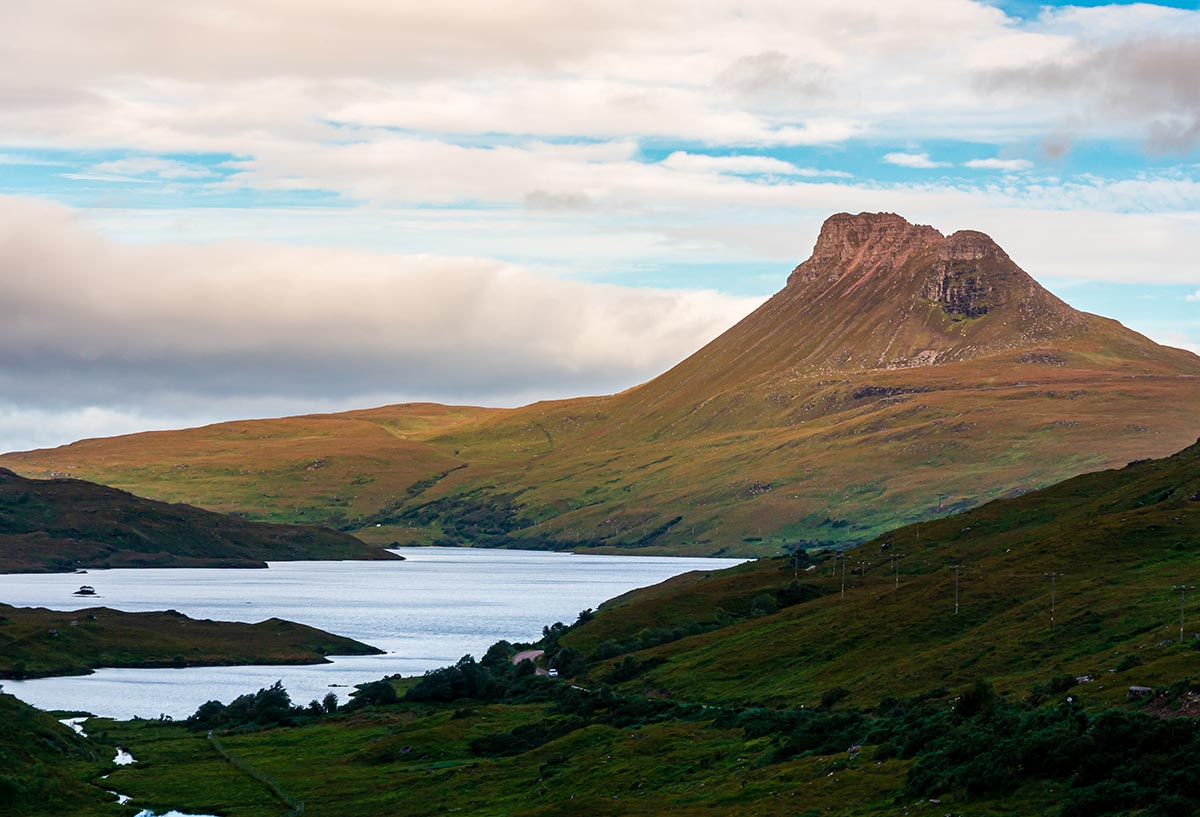 Stac Pollaidh is possibly the best known mountain in Scotland. Located in Inverpolly, it is also notorious for having one of the most difficult summits to reach in the British Isles. 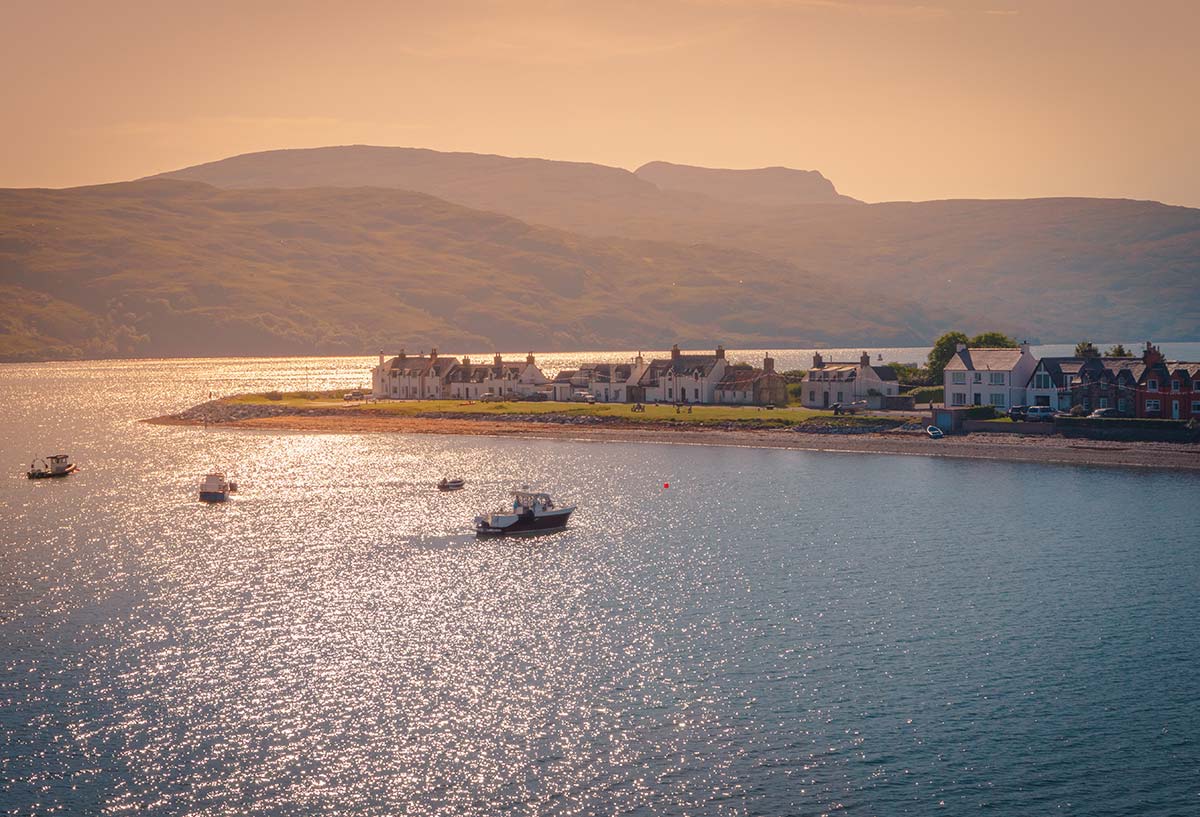 Sunrise over the fishing village of Ullapool

The quaint little village of Ullapool is one of the major attractions on the NC 500. It is a regional centre of culture, music and the arts and well worth a visit. 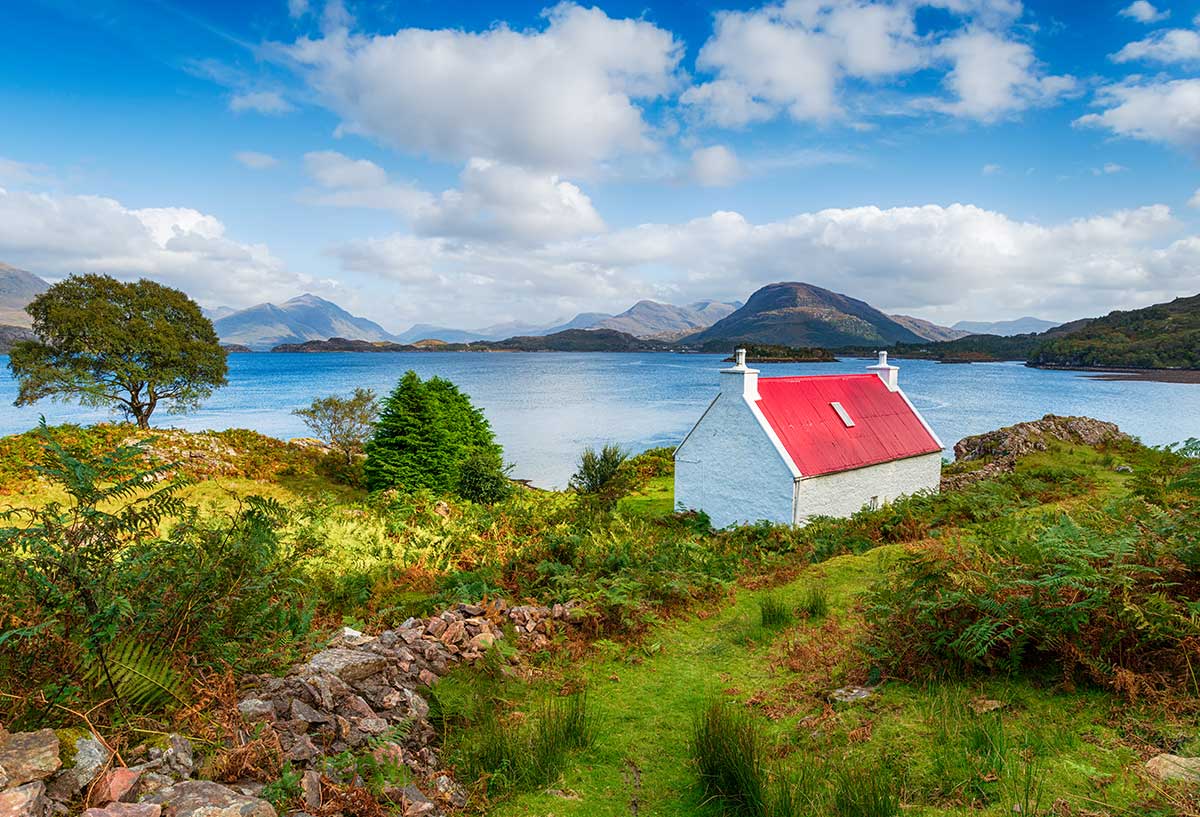 A pretty red-roofed croft on the shores of Loch Shieldaig

The gorgeous Loch Shieldaig is surrounded by mountains on all sides, offering beautiful views for any traveler stopping on its shores.