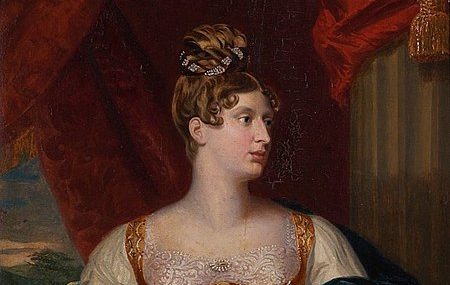 On the morning of Thursday 7 January 1796, the German princess, Caroline of Brunswick, gave birth to what the baby’s father, George, Prince of Wales described as “an immense girl”.

The baby’s grandfather, King George III, and the country at large, were delighted that after 36 years into the king’s reign, there was at last a legitimate grandchild.

The succession now seemed more secure and although a girl was seen as second-best, it was assumed that little Charlotte would be followed by brothers who would continue the Hanoverian dynasty.

This was not to happen. The marriage of George and Caroline had broken down irretrievably, and there were to be no more children.

This meant that Charlotte was in a different position from other princesses.

With no brothers to displace her in the succession, she was the heiress presumptive to the throne and the country’s future queen: the first female sovereign since the death of Queen Anne in 1714.

Princess Charlotte was the child of a broken marriage and from the time she was three, she never lived with either of her parents.

Her father gave her erratic and intermittent attention, and she was always closer to her mother, though Caroline’s life was becoming an open scandal that threatened to engulf her daughter.

She was an endearing, though wilful child, and became a difficult teenager, often rebellious and sulky. Deprived of consistent parental love, she directed her emotional energies into intense friendships and an unsuitable attachment to a dashing army officer.

A broken engagement and a flight

When Charlotte was 15, her grandfather descended into his final attack of insanity and her father became Prince Regent. She was now completely in his power.

At the end of 1813, just before her 18th birthday, she was pressurised into becoming engaged to the Hereditary Prince of Orange, the heir to the Dutch throne.

No sooner had she consented than she got cold feet, and began to fret about having to live in Holland when she barely knew her own country. To complicate matters, she had fallen in love with someone else: Prince Frederick of Prussia.

In the summer of 1814 she did what no British princess had done before, and, on her own initiative, broke off her engagement.

As punishment, her angry father told her that he was dismissing her household and sending her to a secluded house in Windsor Great Park.

In her despair, Charlotte again did what no other princess had done: she ran out of her house into a busy London street, hired a cab and was driven to her mother’s. She had run away from home.

Her flight created a sensation, but it was a game she could not win. The law was on her father’s side and she had to return to him.

She was now a virtual prisoner, kept under constant surveillance. There were to be no more escapes.

Charlotte now realised that the only way she could free herself from her father’s tyranny was to find a husband, but one she had chosen for herself. Her choice fell on Prince Leopold of Saxe-Coburg, whom she had met when he came to England in the summer of 1814.

He was young and handsome, a gallant soldier, but also a younger son without land or money. With the support of her uncle, Edward, Duke of Kent, the two began writing to each other and when Leopold proposed in October 1815, she accepted “with ecstasy”.

The couple married in May 1816 and the country, which had taken Charlotte to its heart, rejoiced for her, knowing that she had at last found the love of her life.

Charlotte and Leopold went to live at Claremont House, near Esher in Surrey.

They lived quietly and happily, doing good works in the neighbourhood, with occasional theatre visits to London. It was under their patronage that the theatre was founded which was later to be known as the Old Vic.

Early in 1817 Charlotte became pregnant. On 3 November, about two weeks overdue, she went into labour. She was supervised by the obstetrician Sir Richard Croft, whose philosophy was to let nature take its course rather than intervene.

After 50 hours of labour, she gave birth to a stillborn son. However, she seemed well in herself until, a few hours later, she went into convulsions and died at 2am on 6 November.

Modern medical experts have suggested the cause could have been a pulmonary embolism or thrombosis, pre-eclampsia, or post-partum haemorrhage.

Aftermath of her death

The country went into shocked mourning for its “people’s princess”. The grief was compounded by a succession crisis and Charlotte’s middle-aged uncles entered hasty marriages to ensure the continuance of the dynasty.

The result was the birth of the future Queen Victoria to Edward, Duke of Kent, and Leopold’s sister, Victoire of Saxe-Coburg.

Leopold remained inconsolable for many years, but in 1831 he became the first King of the Belgians, the ancestor of the present Belgian royal family. In 1837, his niece, Victoria, became queen. Neither of these events would have happened without Charlotte’s death.

Charlotte’s story is a sad one – a troubled childhood and adolescence, followed by a blissfully happy marriage cruelly cut short.

It could be argued that her death had more consequences than her life for the history of both Great Britain and Belgium. But she can also be seen as significant for the way she stood firm and married the man she loved.

Unlike other princesses, she chose her own destiny – which makes her death at the age of 21 all the sadder.

Anne Stott has a PhD from University College, London and has written extensively about women and history. The Lost Queen: The Life and Tragedy of the Prince Regent’s Daughter is her first book for Pen & Sword. 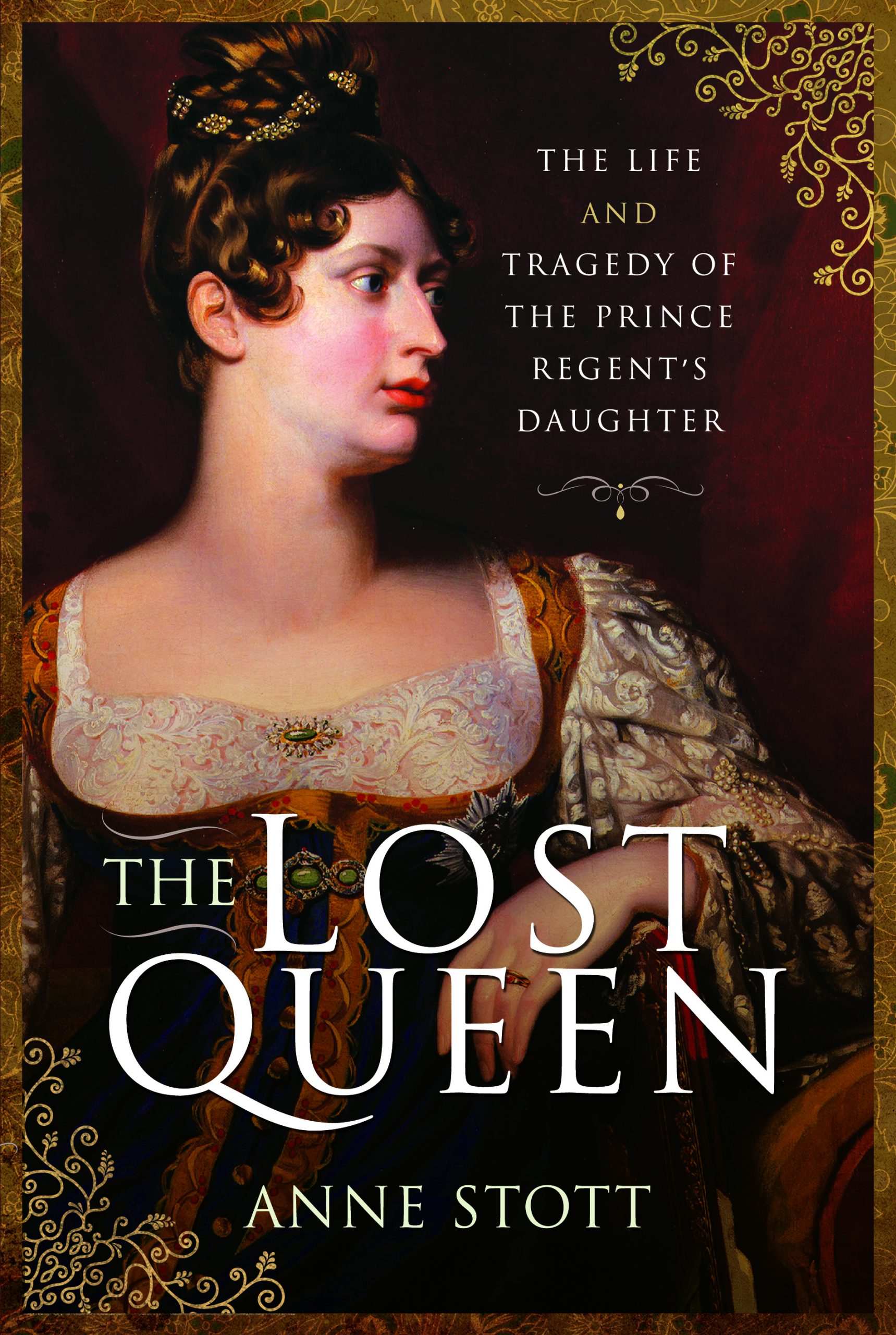