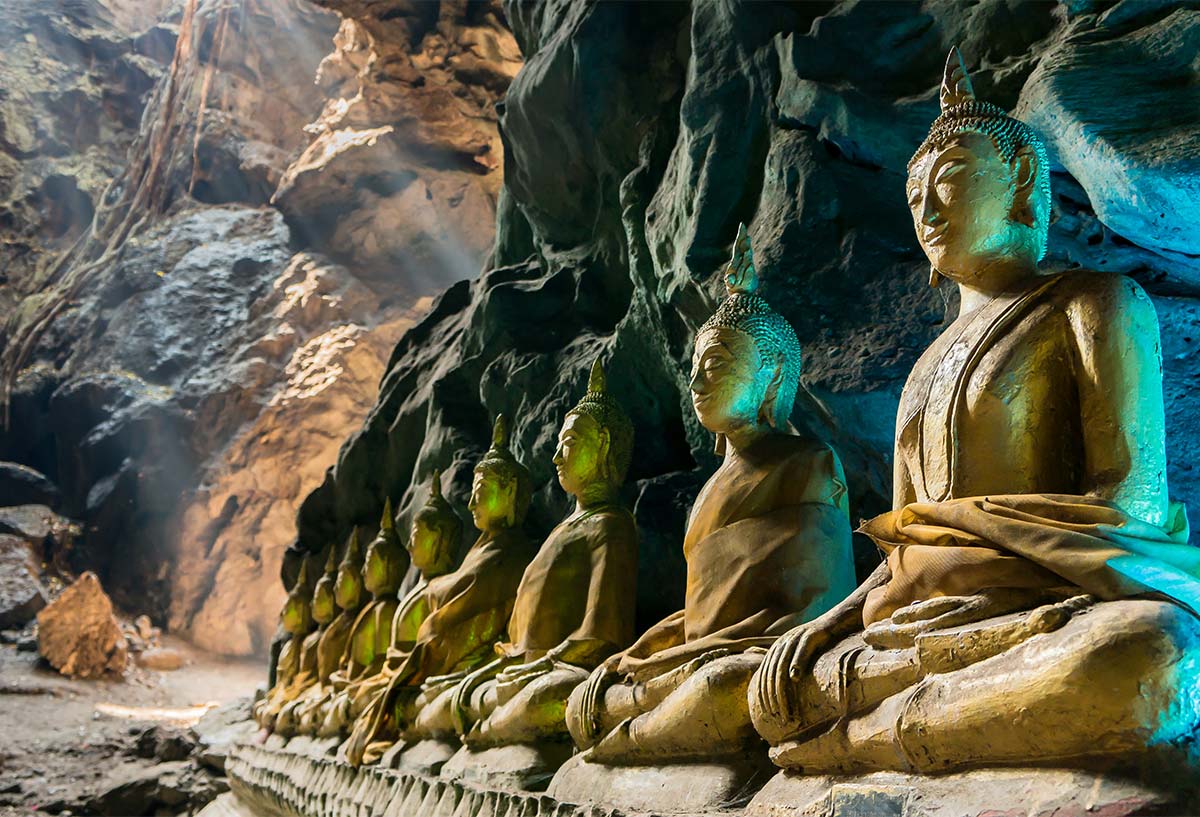 There are few natural wonders that offer the same sense of adventure and mystery as caves. Carved out by thousands of years of erosion, volcanic activity and sometimes human intervention, they are truly some of the most stunning sites to visit. Our earliest ancestors were drawn to caves, not only for shelter but also as a place of artistic expression and cultural significance. Some entries on our list will amaze you with their sheer size, others with their colours and some with their awe-inspiring beauty.

Explore some of the most spectacular ancient caves around the world, ranging from the gigantic Hang Sơn Đoòng in Vietnam to the icy Crystal Caves in Iceland. 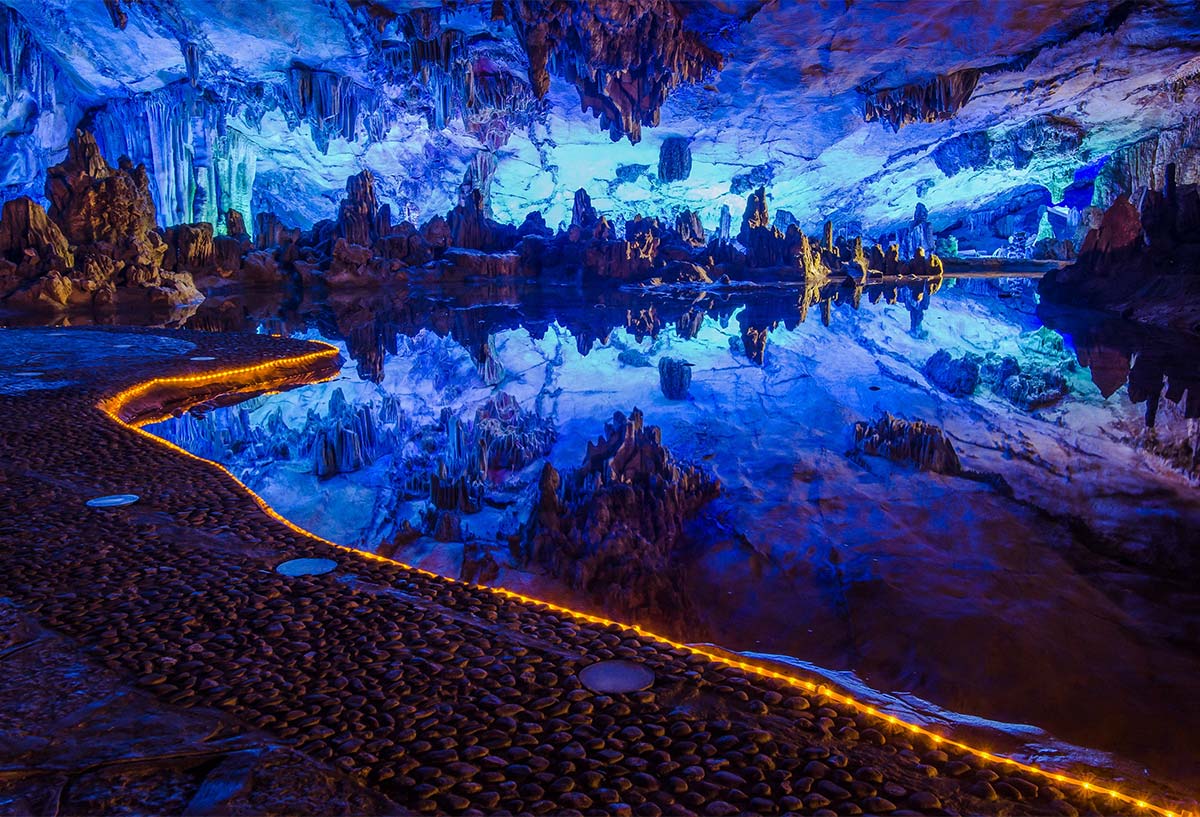 Located in the Chinese region of Guilin, this marvellous cave was named after the reeds growing outside, which, unsurprisingly, were used to create flutes. The stone walls are covered with ancient inscriptions, with the oldest originating from the Tang Dynasty some 1,300 years ago. These days the cave is lit up in bright colours, making it feel even more otherworldly. 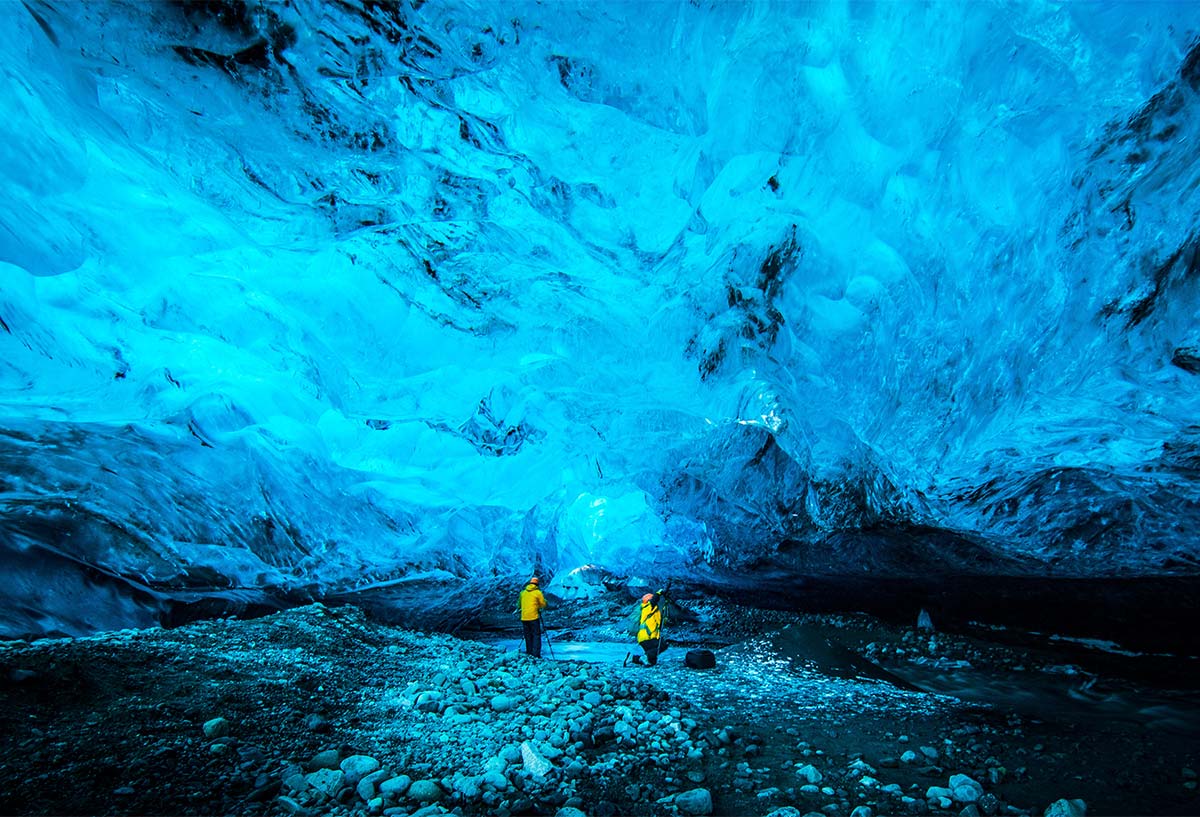 These types of caves are created when glacial rivers retract and freeze during the winter periods – this makes them incredibly dynamic, changing their shape and size every year and creating an intense shade of blue. The Icelandic Crystal Caves are located in Vatnajökull, the largest glacier in Europe, and are a particularly amazing spectacle. 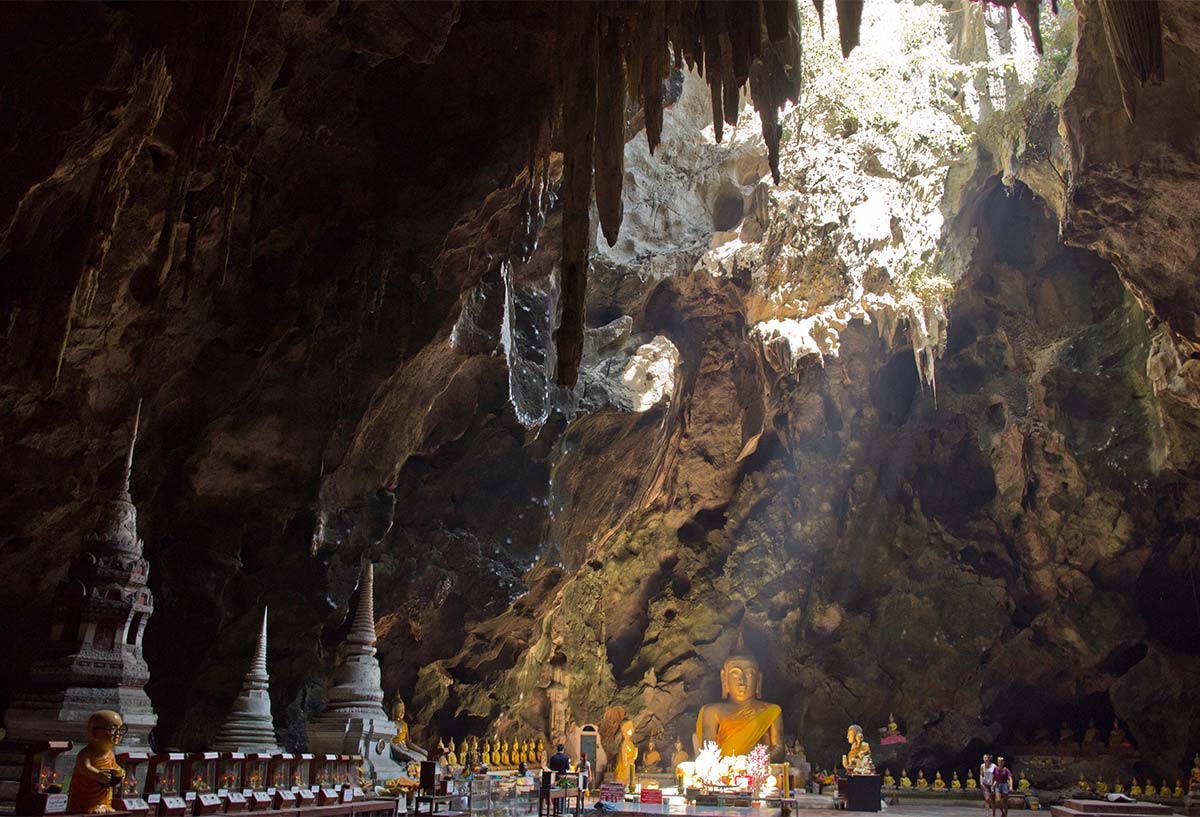 Near the city of Phetchaburi, this cave stands out for its numerous Buddha statues, showcasing its long history of religious significance. The site is also said to have been a favourite of past Thai kings. With the right weather conditions visitors can experience the sun streaming through the open roof, giving an almost heavenly appearance. 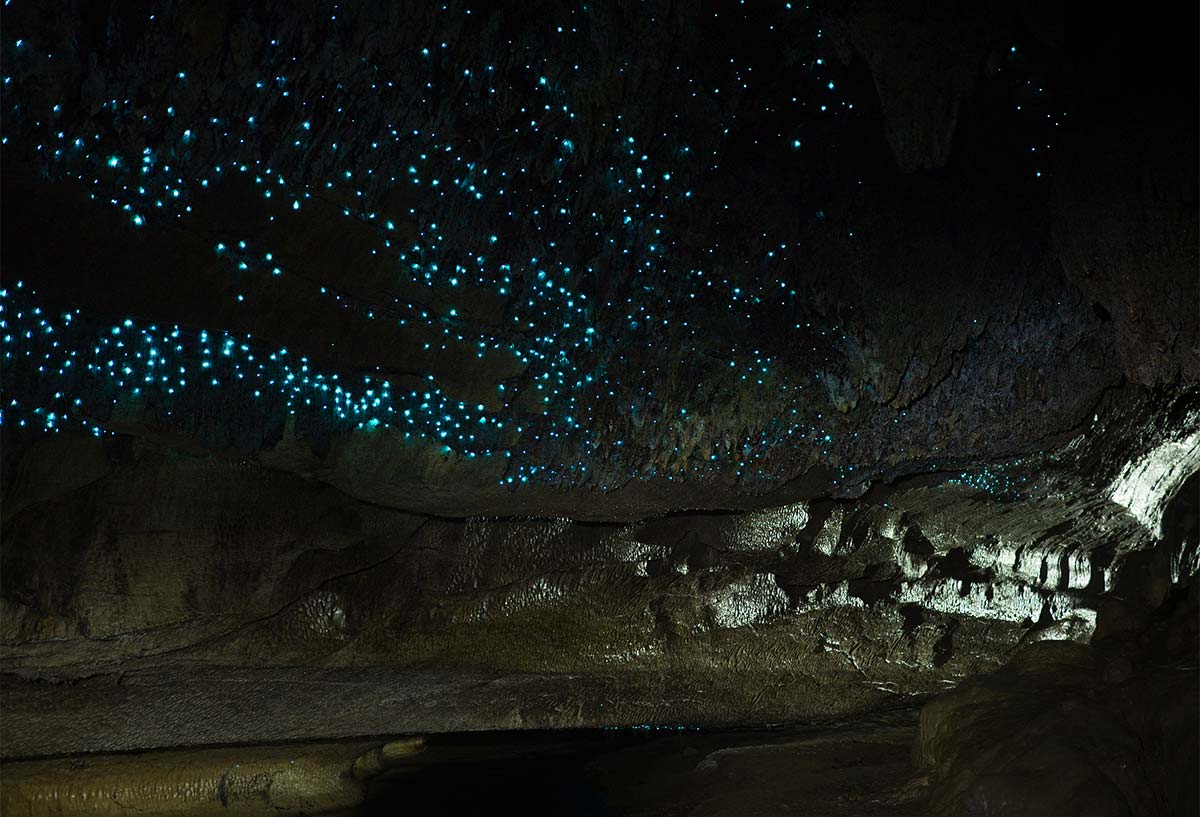 The hauntingly beautiful Waitomo caves were discovered by Europeans in the late 19th century, though local Māori people knew of their existence a century prior. Millions of years of volcanic activity has shaped up to 300 of these structures, with the most distinctive feature being glowworm colonies which are dotted across the cave walls, illuminating the space in an eerie blue light. 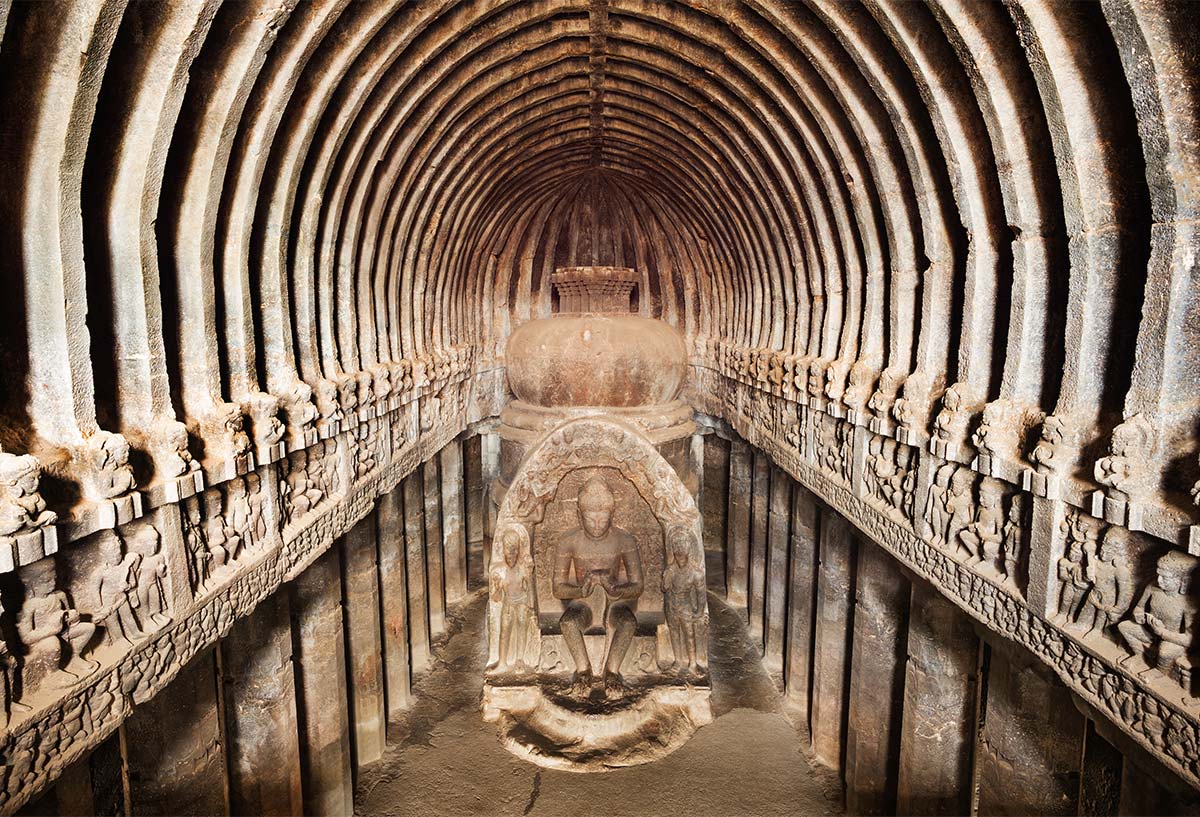 A colossal statue of Buddha inside the Ajanta Cave

Between the 2nd century BC and 5th century AD, approximately 30 man-made caves were created in the Aurangabad district of Maharashtra state in India. They were significant sites for Buddhist worship, containing some of the finest ancient Indian artwork. 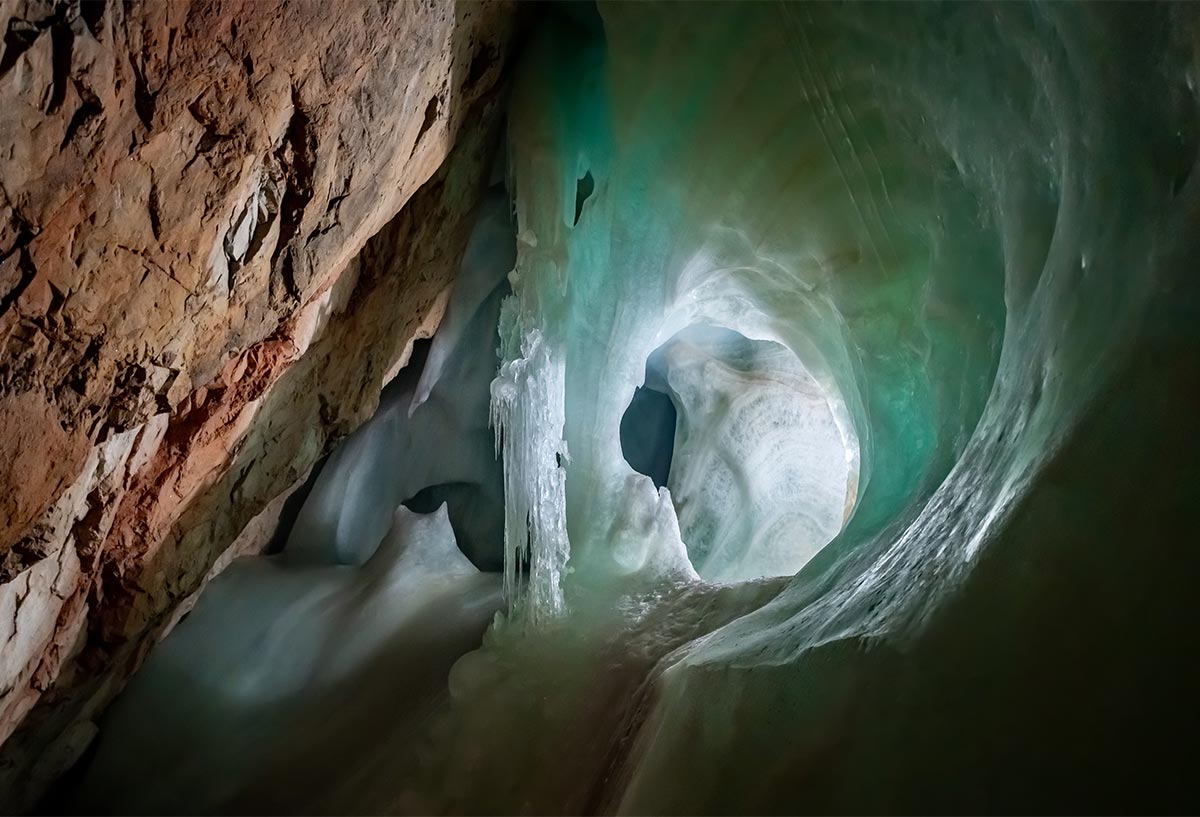 Eisriesenwelt is German for ‘World of the Ice Giants’

Found in the Austrian market town of Werfen, the Eisriesenwelt is the largest ice cave in the world, extending around 42 kilometres into the Hochkogel mountain. The ice stays frozen all year round, with many locals in the past believing that it was an entrance to hell. These days it has become one of the most significant tourist attractions in the region. 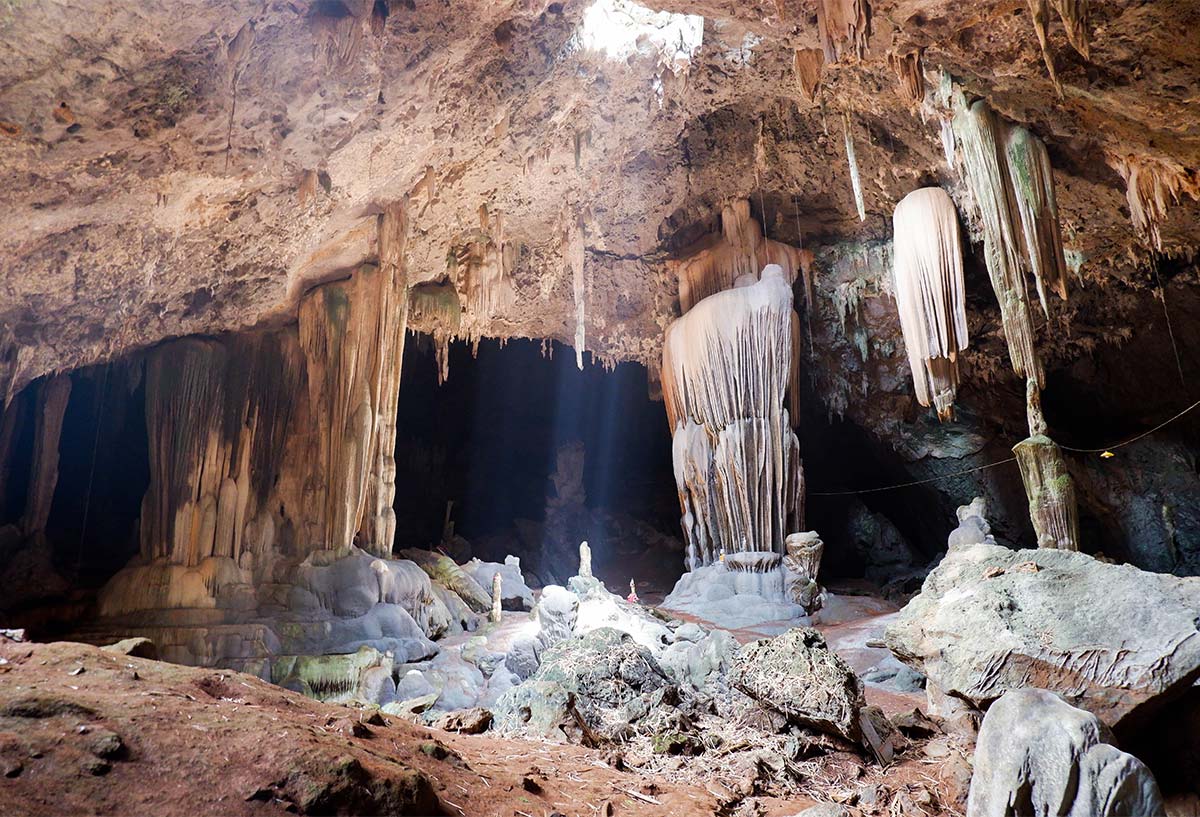 The Sterkfontein Caves can be found in the province of Gauteng, South Africa

The South African limestone caves have proven to be valuable sites for paleo-anthropologists. They are not only visually stunning but they also house numerous early hominin remains, dating back millions of years. In total 500 have been found, making it one of the most significant archaeological sites in the world.

This colossal feat of nature is the largest known natural cave in the world. It is so large in fact that a Boeing 747 airplane could fly through it without its wings touching the stone walls. It is also the home to some of the tallest stalagmites in the world, measuring up to 70 metres in height. 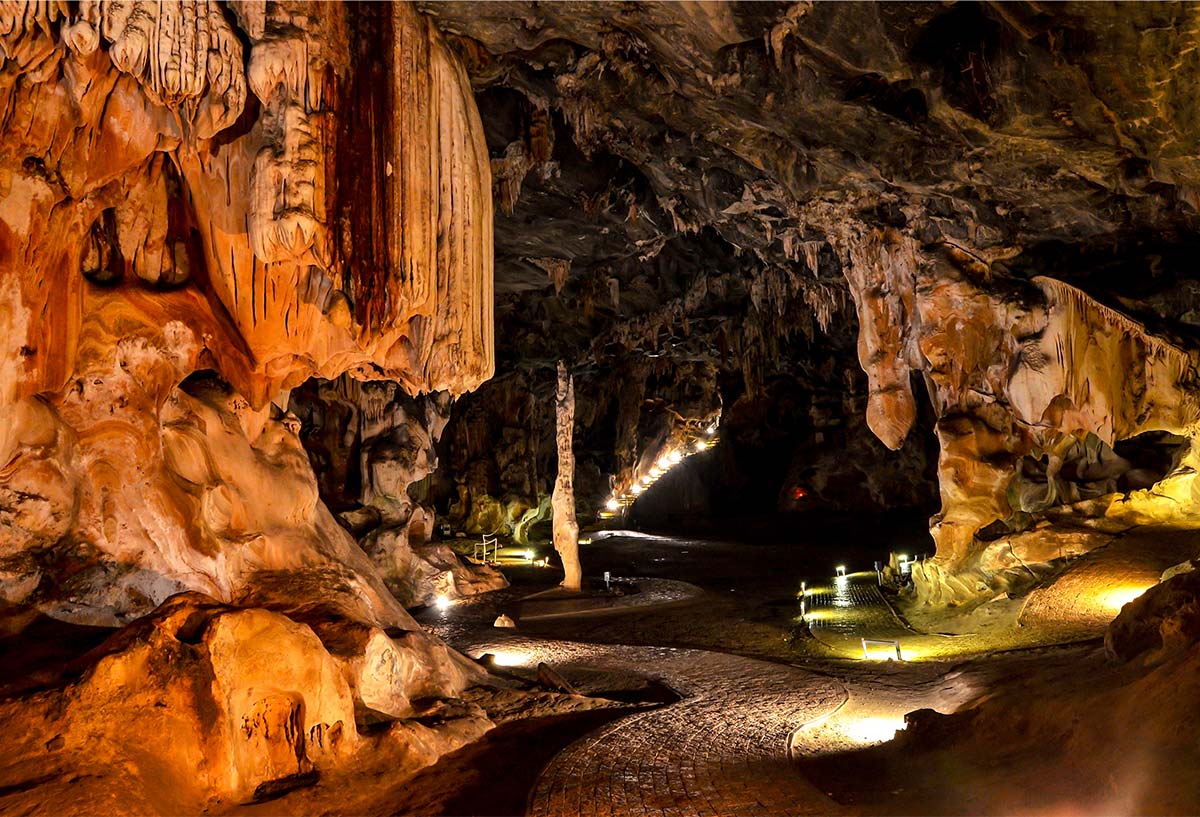 This American natural landmark has the distinction of being the longest cave system in the world, with around 420 miles of surveyed passageways. It has been the site of human activity for thousands of years before the arrival of Europeans on the North American continent. Its beauty and sheer scale have made it one of Kentucky’s most popular attractions. 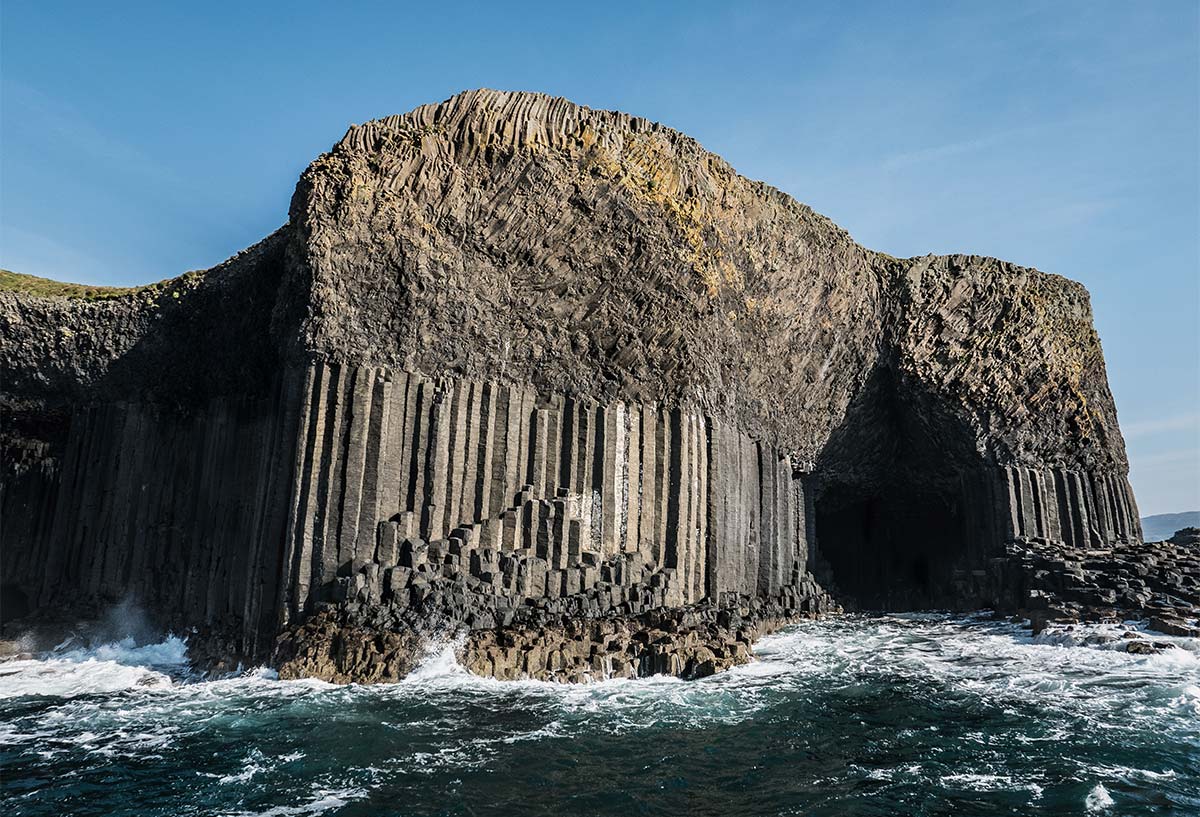 The spectacular Fingal’s Cave lies around 6 miles west from the Island of Mull in the Outer Hebrides, and is renowned for its natural acoustics. German composer Felix Mendelssohn was famously so inspired after seeing this natural structure that he composed a piece to celebrate it – Fingal’s Cave Overture.