The History of the London Black Cab | History Hit 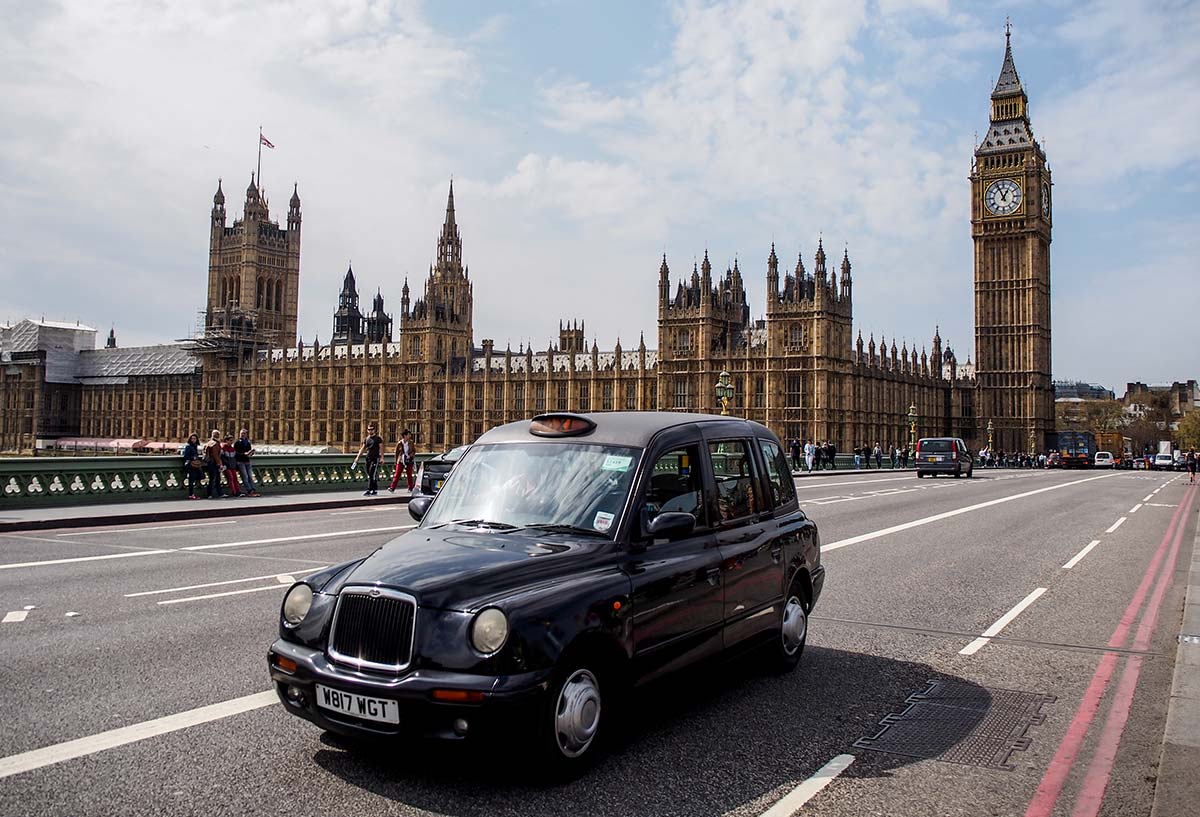 The ‘black cab’, officially known as a Hackney carriage, has become an iconic symbol of London, rivalling the red telephone box and the double decker bus in popularity. The history of taxicabs extend further back in time than one would first expect, with the earliest iterations being Tudor era horse drawn carriages. By the 19th century there were thousands of these transporting people across London, with the average price of a ride being 8 shillings (£22.97 in 2022)

With the birth of the automobile industry there would be a revolution in the world of taxicabs. The first fully automated hackney carriages were electric, but shortcomings in the technology made them less competitive compared to petrol run cars. Since their inception, there have been various different designs driving on the London streets, though by far the most iconic is the black Austin FX4, which became the standard model for almost 30 years.

Here we explore the unique and fascinating history of these London icons.

Horse-drawn carriages, called hackney coaches, were active on the streets of London since Tudor times. Wealthy citizens would rent out their carriages to earn back some much needed money. By the mid 18th century thousands of hackney coaches were carrying Londoners across the city. 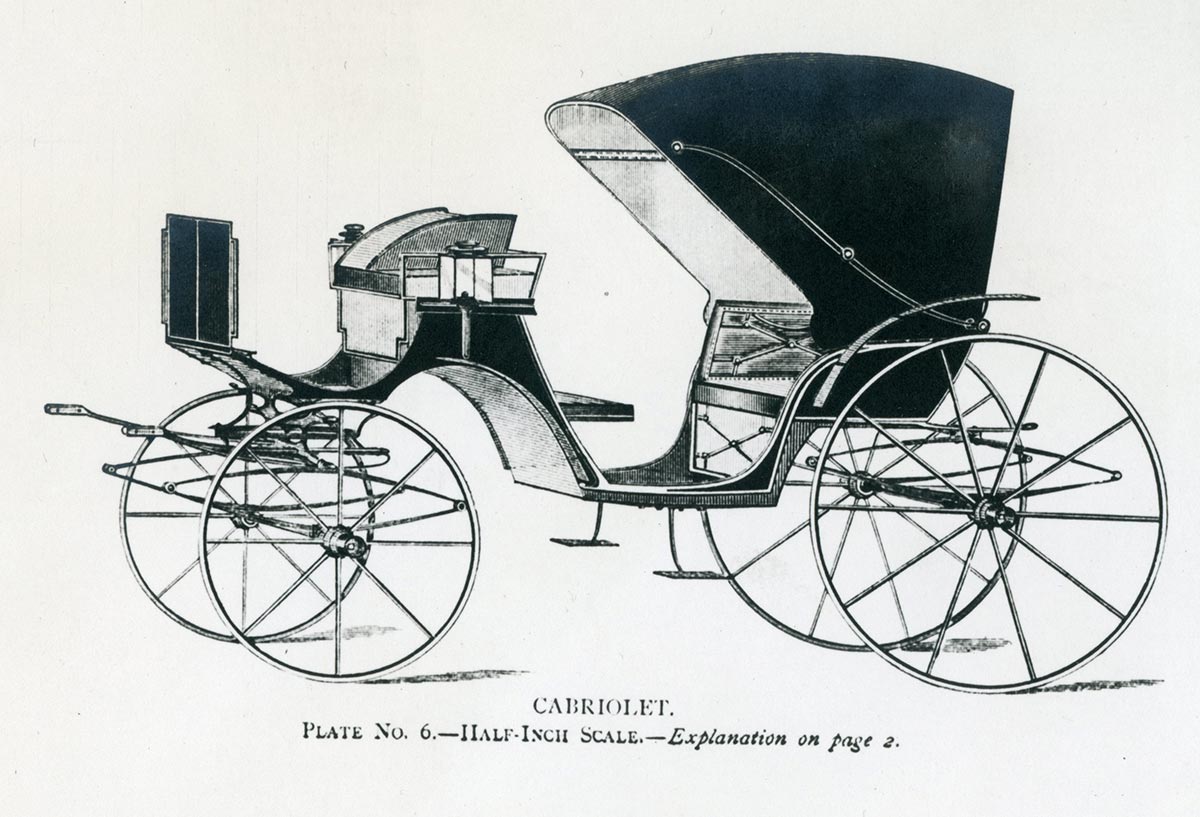 By the early 19th century a new type of coach arrived onto the shores of the UK from France – the cabriolet. They achieved higher speeds and were cheaper than the older hackney coaches, making the French import increasingly popular. The modern word ‘cab’ derives its origins from the cabriolet. 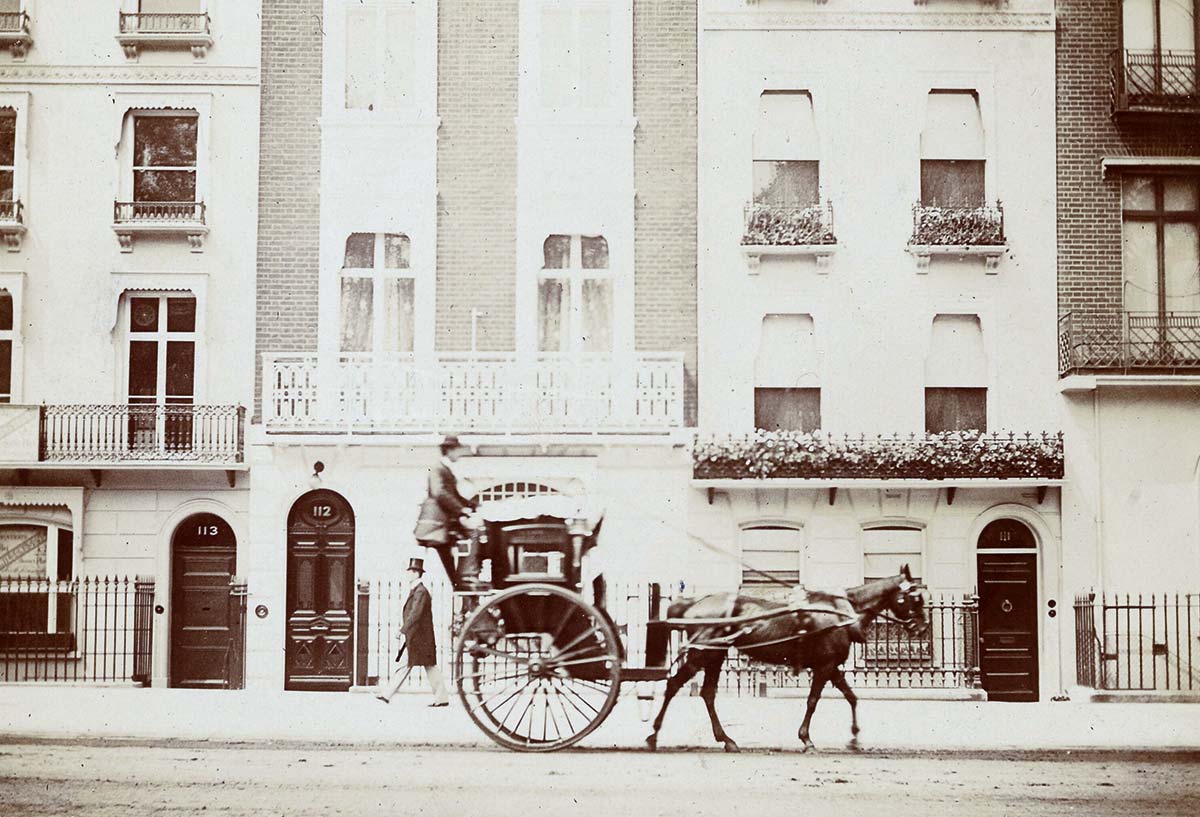 A Hansom cab, a two wheeled carriage with the driver standing in the back, traveling down a street. About 1890s

In the 1830s the Hansom cab, with its elegant design, arrived on the UK market, becoming a highly desired option for people looking for a ride. Another very popular model was the four wheeled Clarence carriage, which was nicknamed ‘the growler’. It was able to carry larger amounts of luggage, making it a useful option if one needed to go to the train station. 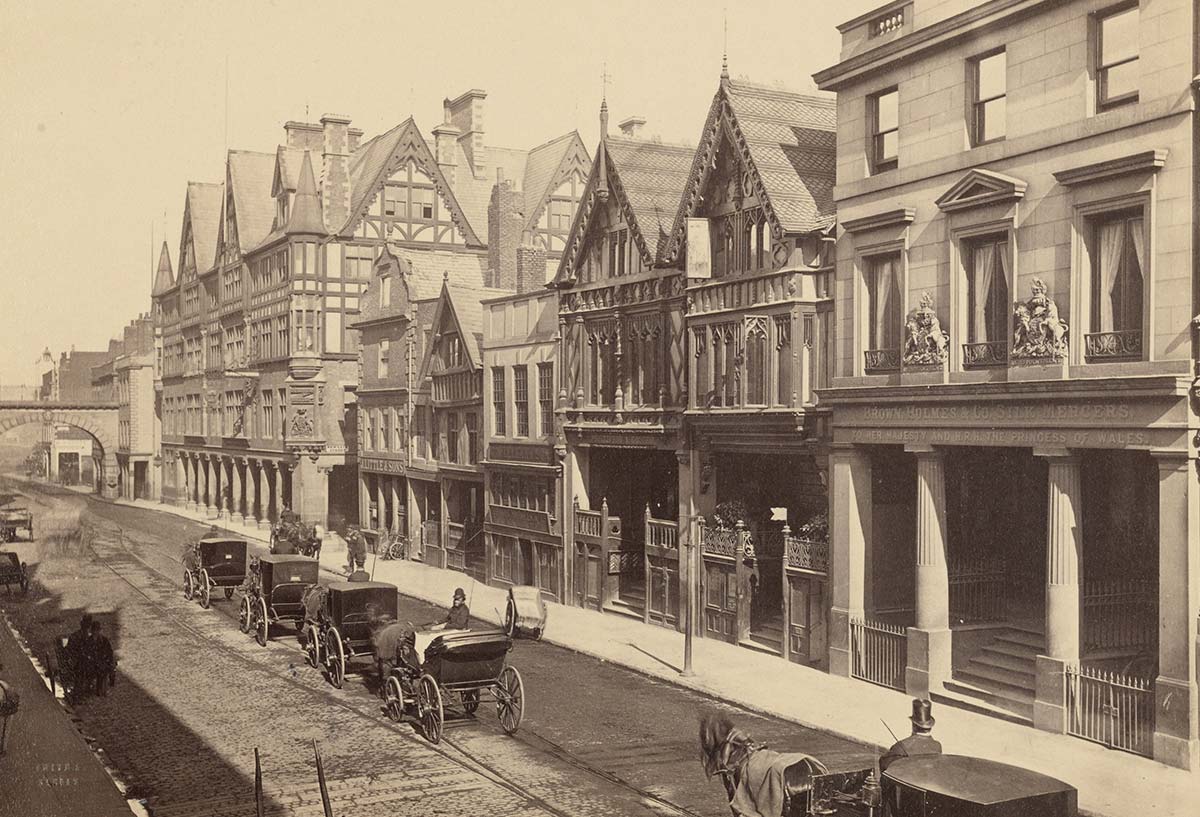 View of several businesses on Eastgate Street in Chester, England. Horse-drawn cabs wait in the centre of the street for riders.

With the rapid development of technology the cab business entered the new century will full force. The first electrical cabs arrived in London in 1897, but were quickly withdrawn because of a combination of road accidents and technical errors. Petrol cabs instead would lead the way in the 20th century. 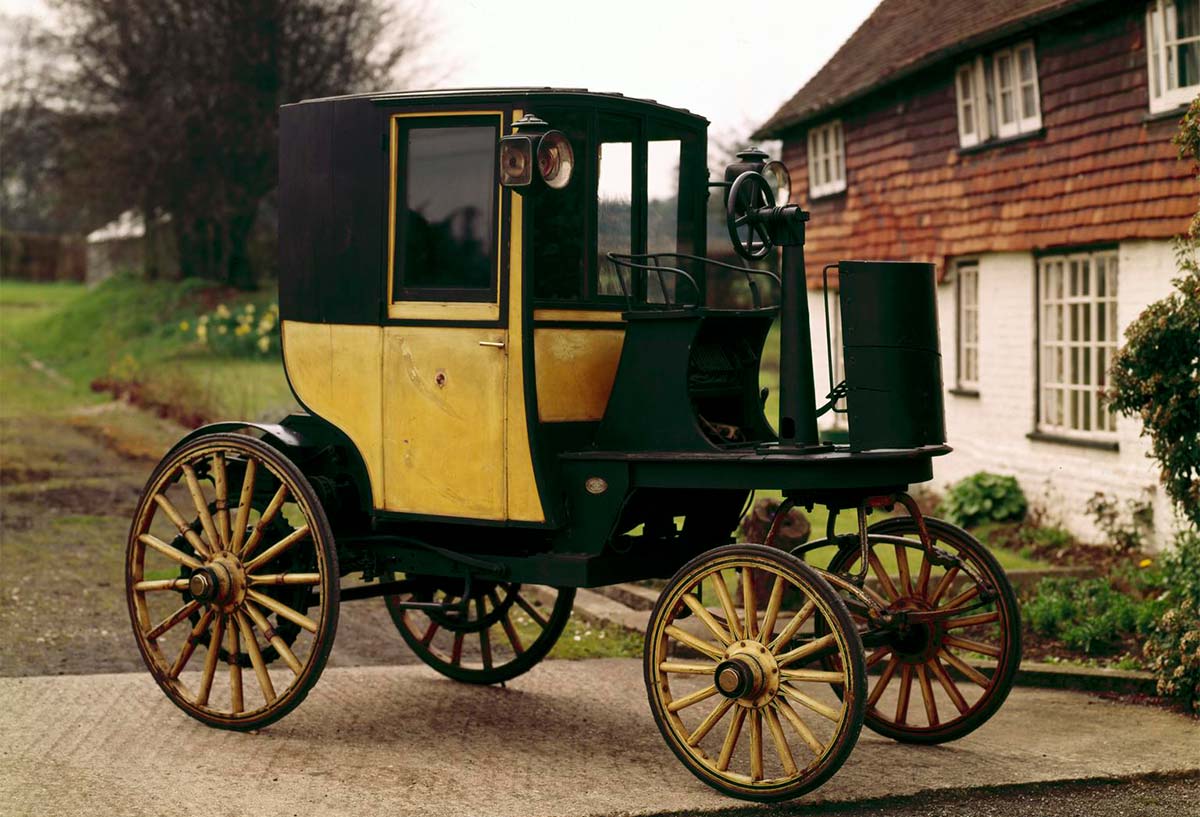 Image Credit: © The Board of Trustees of the Science Museum

One of the earliest massively popular petrol taxi’s was the French Unic Cab, which one could find on the streets of London from 1907 till the 1930s. The term ‘taxi’ entered the vocabulary around that time, after the fitting of taximeters became mandatory to all cabs. 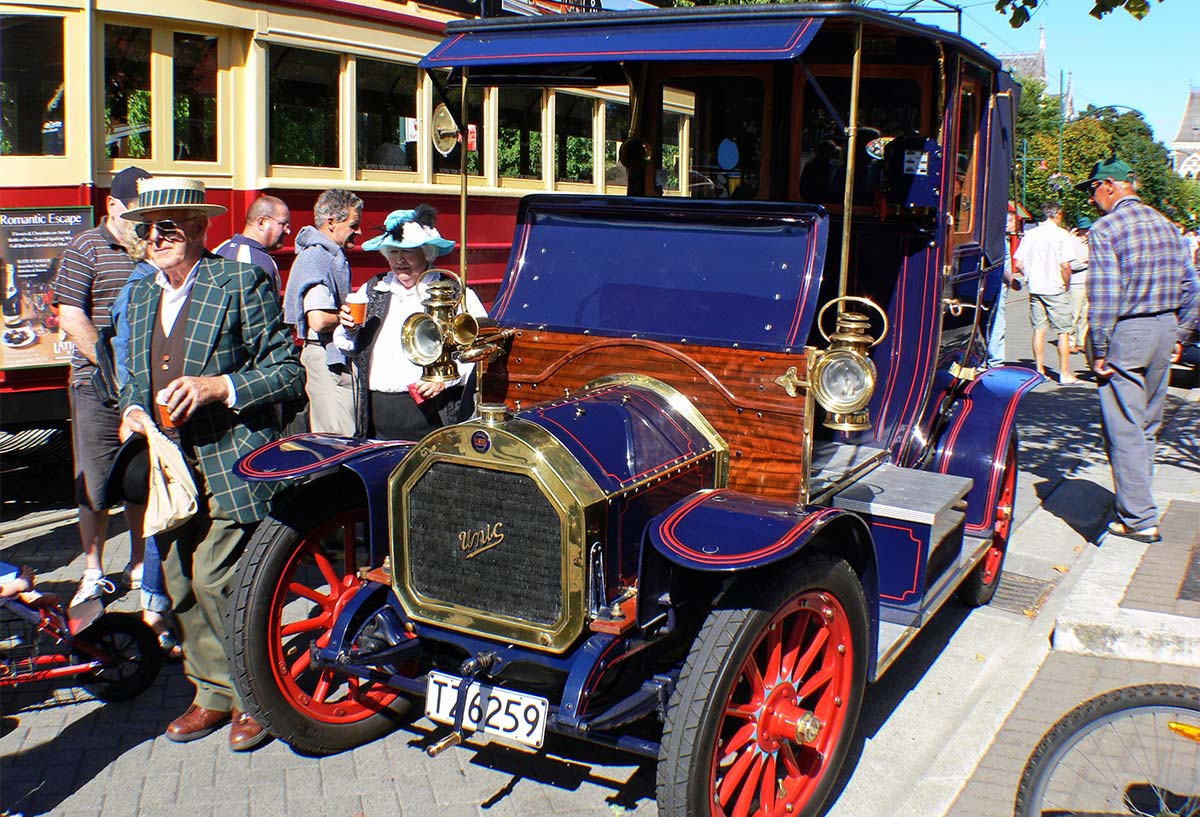 A new model from Unic, built in Britain by United Motors, the 1930 KF1 was heavy and expensive. Few were sold

Taxicab’s produced by Austin became a fixture in London during the 1930s, with the Austin 12/4 and the Austin FX3 proving to be a great successes. During the interbellum one could find cabs in a variety of different colours. 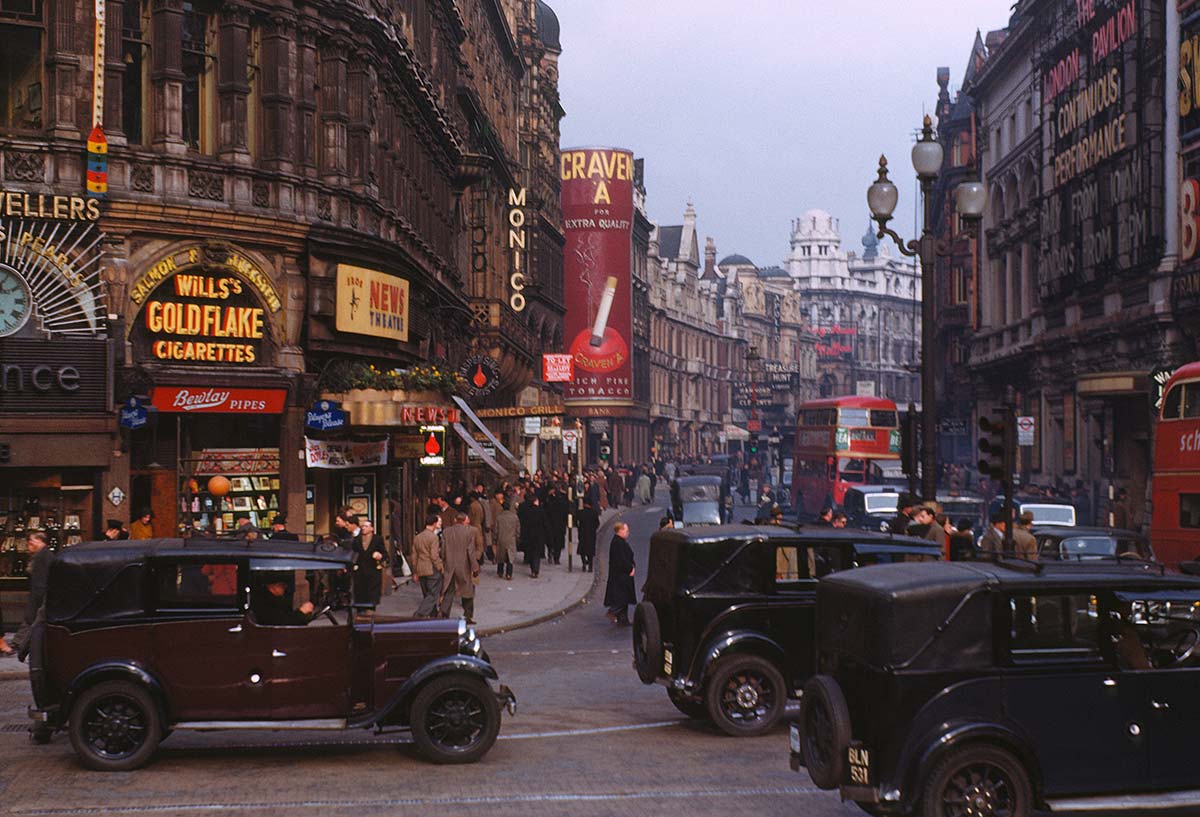 The rise of the ‘Black Cab’

Following the Second World War taxi cabs were almost exclusively sold in black, giving rise to the nickname ‘black cab’. A new major revolution took place in 1958, when the most popular model of all time was introduced – the Austin FX4. For almost 40 years it remained the most recognisable taxi cab in London. 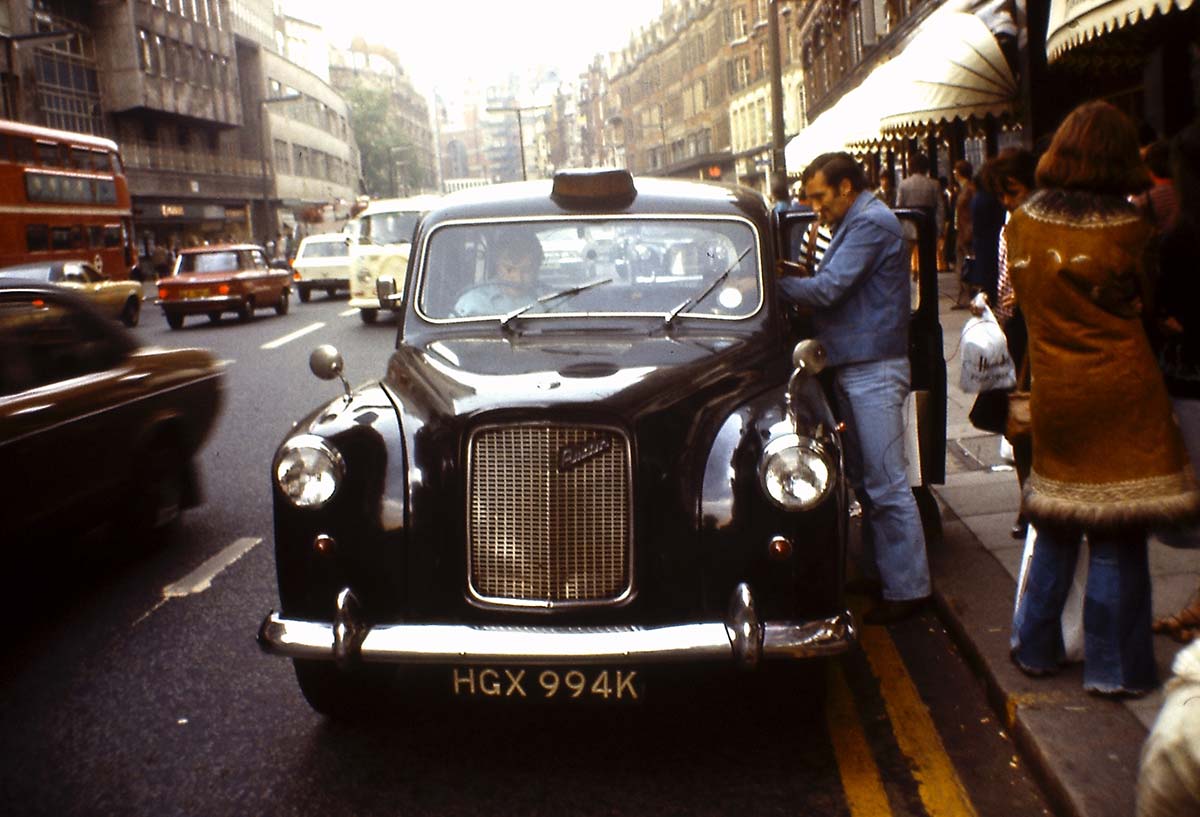 One of the reasons for its longevity was the troubled economic situation of the 1970s and 80s, making it more difficult to replace older cabs with newer versions. 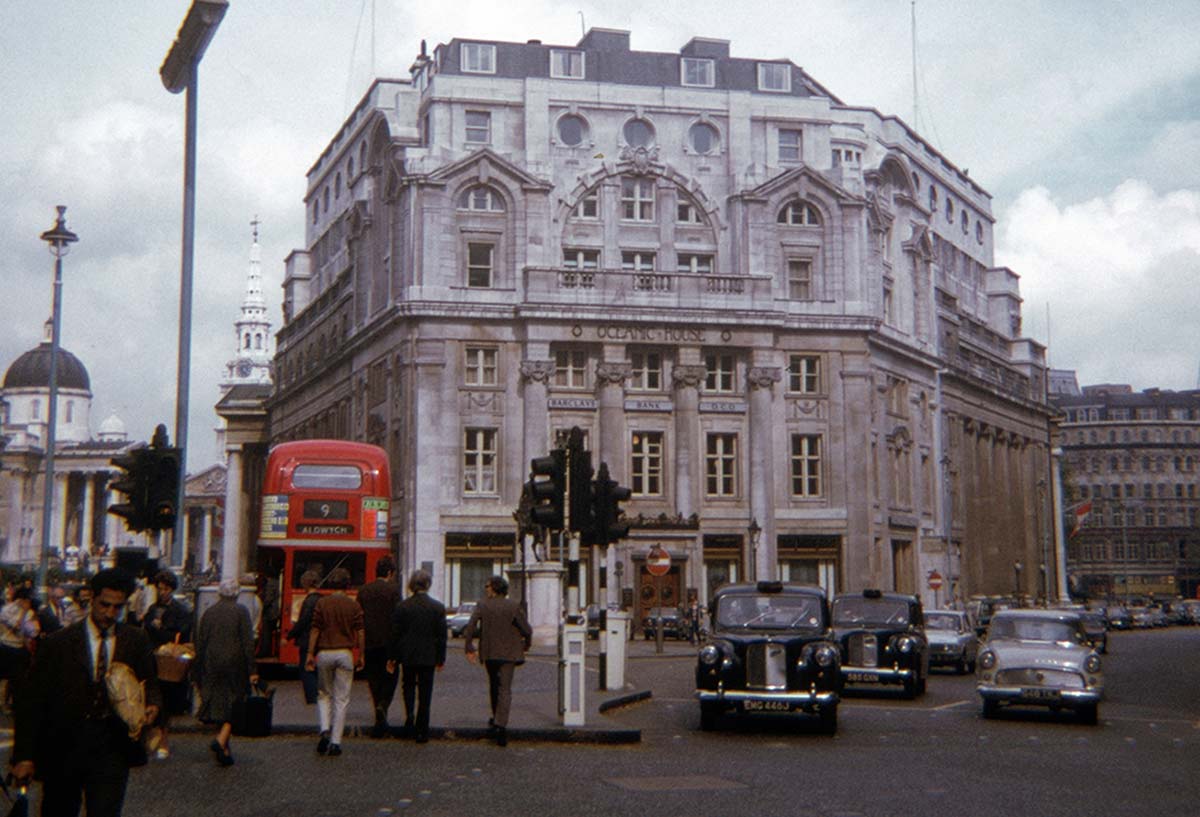 The FX4 design still served as a basis to the modern TX4 cabs, which are at the moment the most recognisable ‘black cabs’ in London. 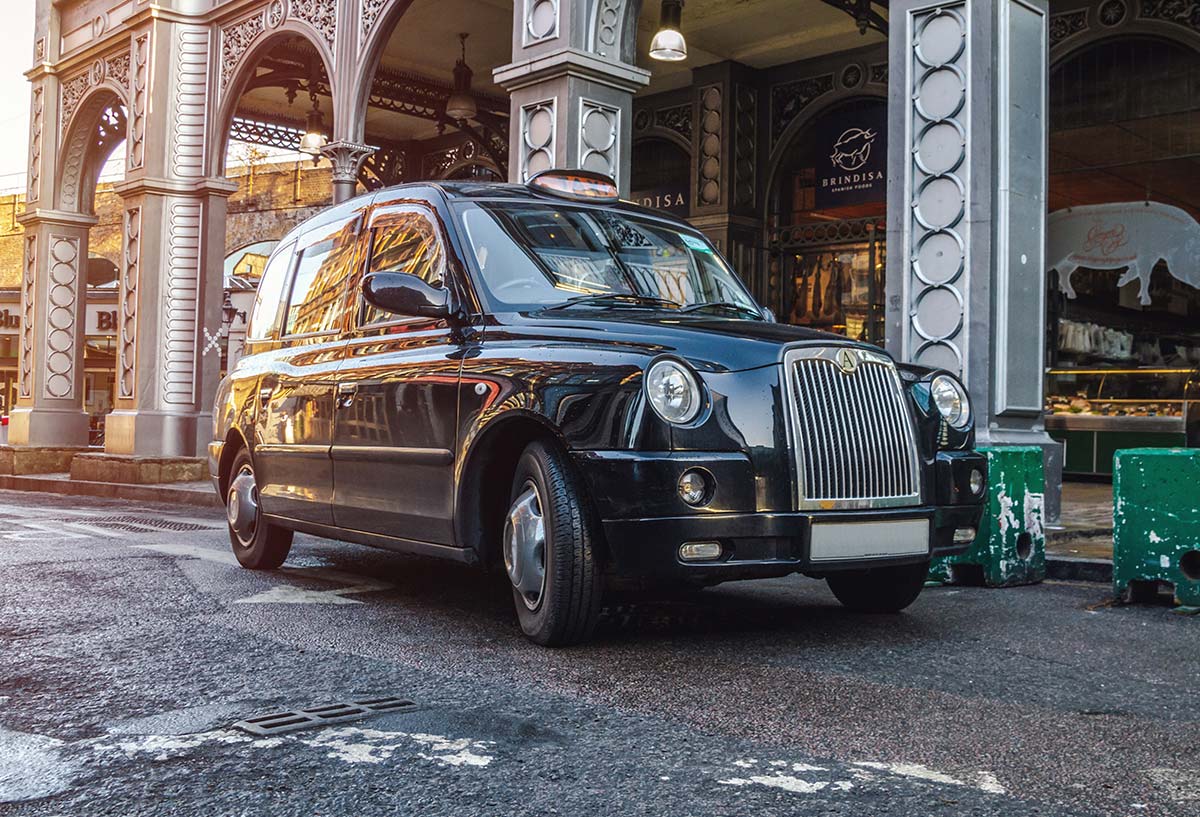