Who Built the Nazca Lines and Why? | History Hit 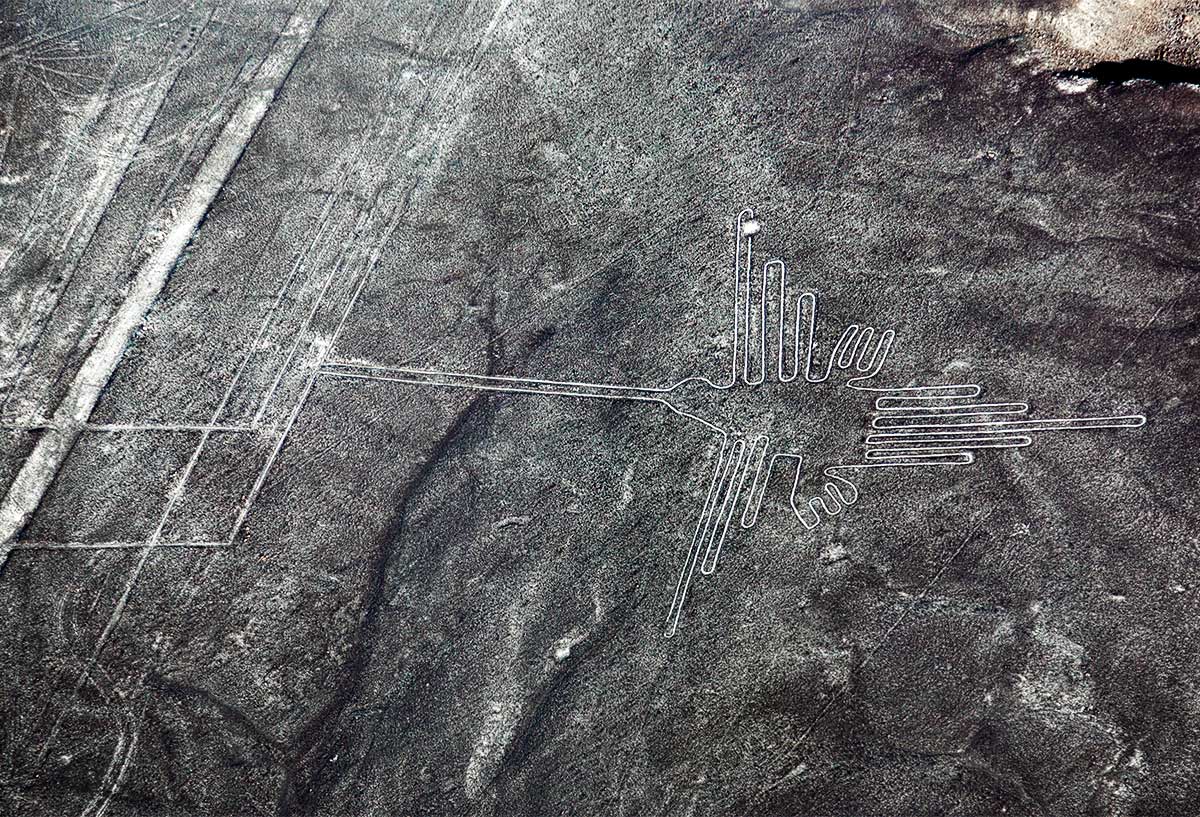 The past is abundant with mysteries and unsolved questions. The scarcity of written records often coupled with fragmented evidence allows us only to imagine what happened during certain periods of humanity’s past. One of these great mysteries that may never be fully solved are the Nazca Lines. Wandering around the deserts of southern Peru one can find peculiar lines across the landscape. From the ground they may not look like much, but gazing down from the skies the desert becomes a canvas with a tapestry of figures emerging. These geoglyphs – designs or motifs carved into the ground – form images of animals, plants and even humans, while covering hundreds of metres each. In total, all the Nasca Lines can be found in an area the size of 500 square km. But who were the people crafting these monumental works of art?

Currently, it is thought that most of these cryptic lines were created by the Nazca culture some 2,000 years ago. They favoured depicting animals and plants, while some older drawings, which were created by the Paracas culture (c. 900 BC – 400 AD), resemble more human-like figures. Since their discovery in the 1920s, there have been multiple theories to explain why these lines were created. Some speculated they were used for astronomical purposes while others point towards a religious explanation. There is no clear answer at the moment for why and how these lines were drawn. Most likely we will never know the full truth. But that fact is not stopping people from across the world admiring these beautiful and enigmatic works of ancient art.

Here are some stunning images of the Nazca Lines. 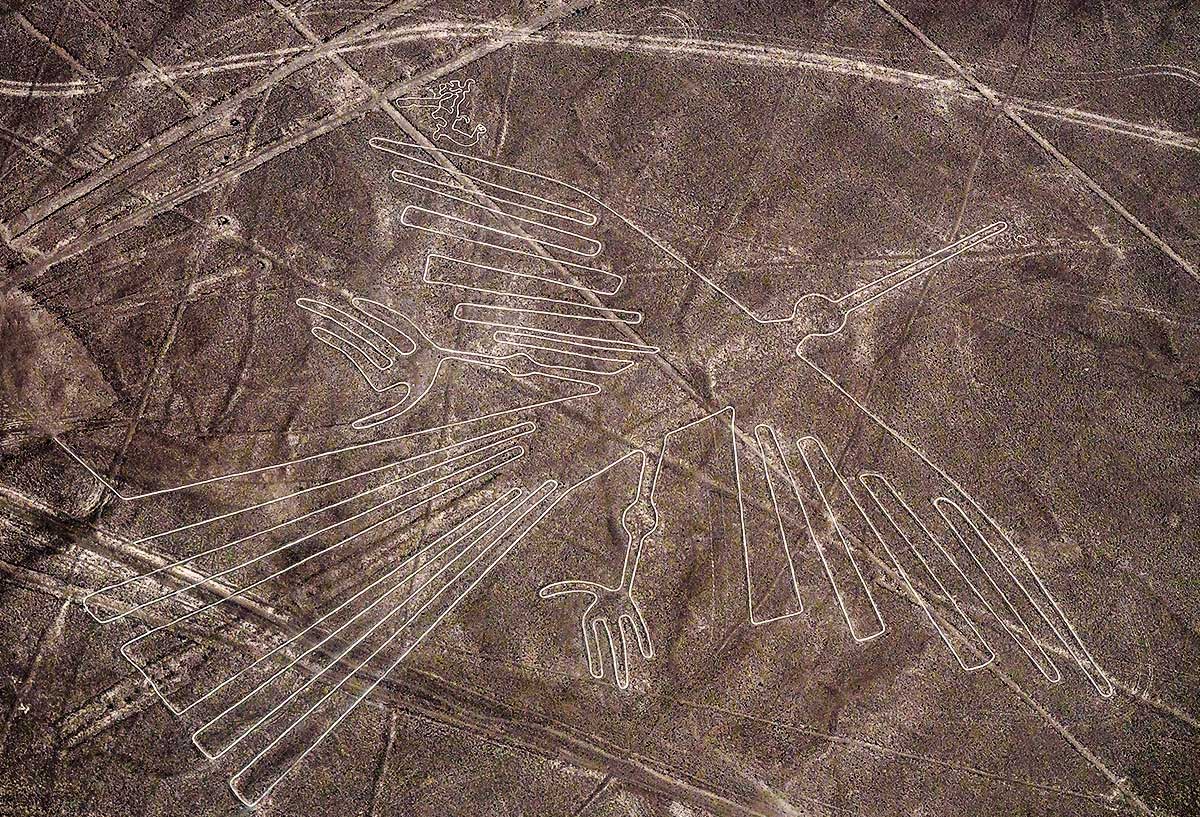 The lines are located on the Peruvian coastal plain about 400 kilometres south from Lima, the capital of Peru. The area is one of the driest places on earth, which has greatly helped to preserve these geoglyphs. 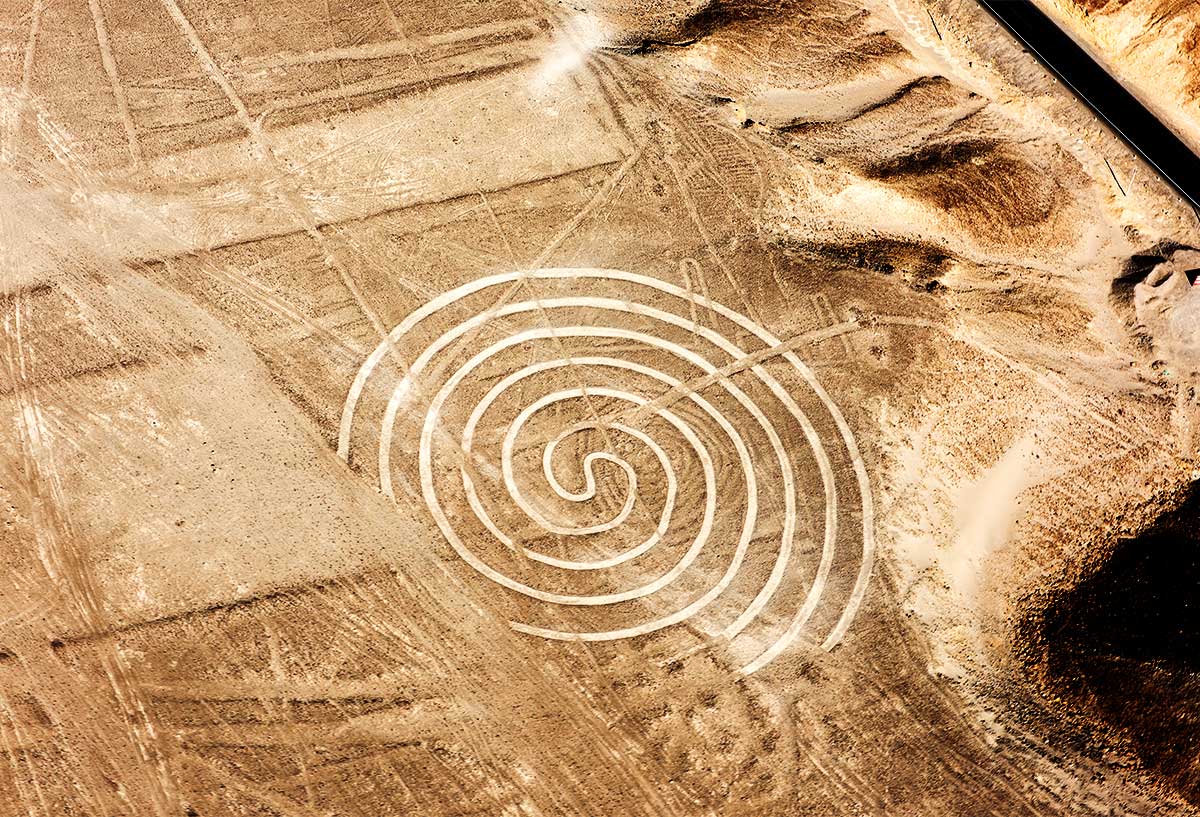 There are three main categories of lines – straight lines, geometric figures and pictorial representations. The first group is the longest and most numerous one, with some lines stretching over 40 kilometres across the desert. 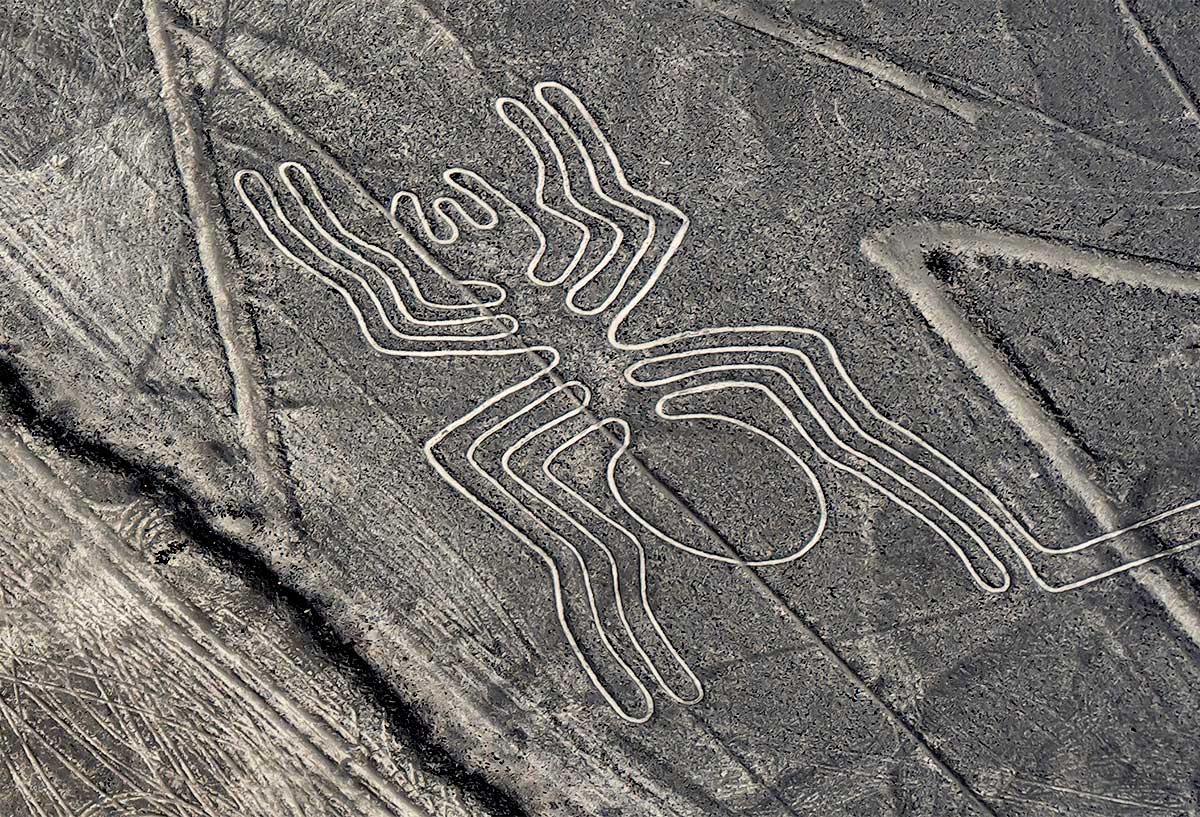 There are around 70 depictions of animals and plant life found on the southern Peruvian desert, with teams of archaeologists discovering new ones as their work progresses. Some of the largest ones can reach over 300 metres in length. 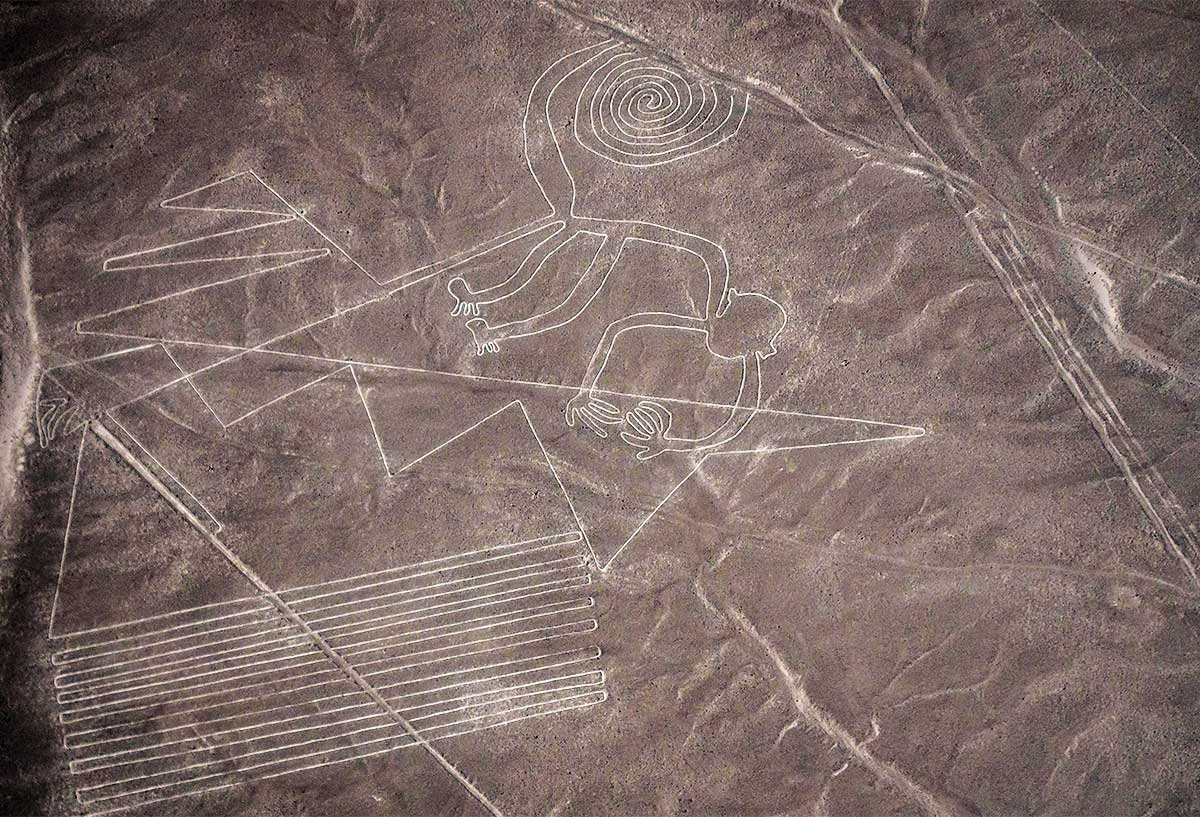 The lines were created by removing the darker iron oxide rich top soil to reveal lighter layers. Most likely the Nazca people started out with smaller drawings, slowly increasing the size with improved skills and techniques. It is not fully clear how they mapped out the area of their drawings. 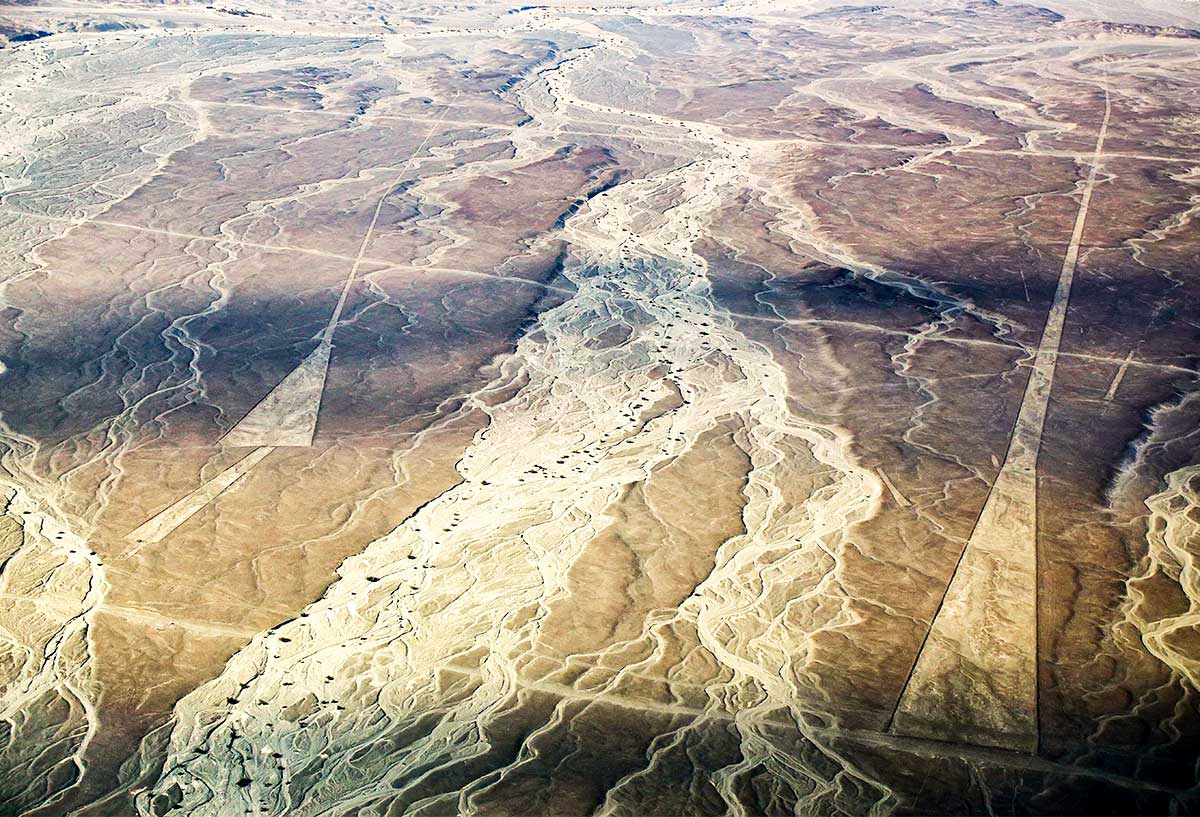 Toribio Mejia Xesspe was the first person to study these ancient geoglyph’s. Since it is impossible to make out what the lines represent on the ground it took until the invention of aviation for the public to become aware of their shape and true size. 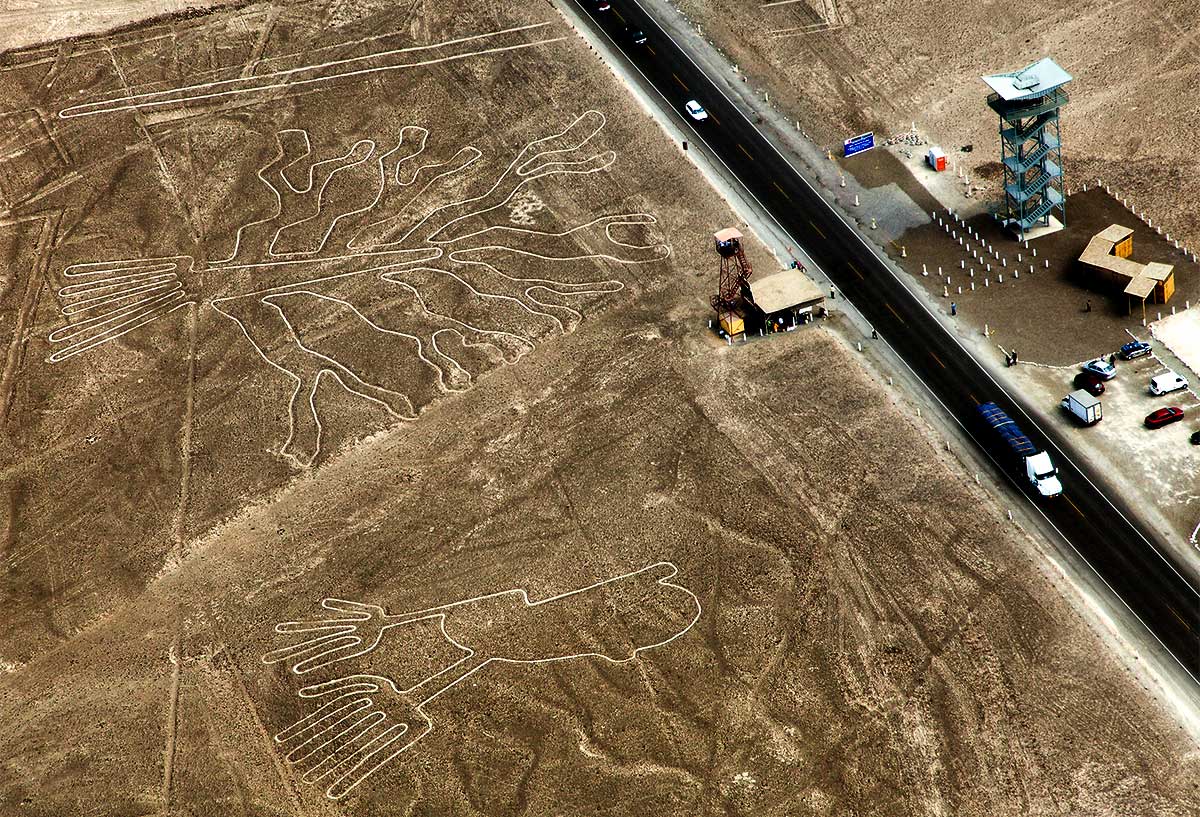 Nazca Lines – The Tree and The Hands (image edited)

Current research suggests that these lines were created for ritualistic purposes to ask the gods or other deities for rain. Many of the animals and plants depicted have aquatic and fertility related connections, with similar symbols found in other Peruvian cities and pottery. 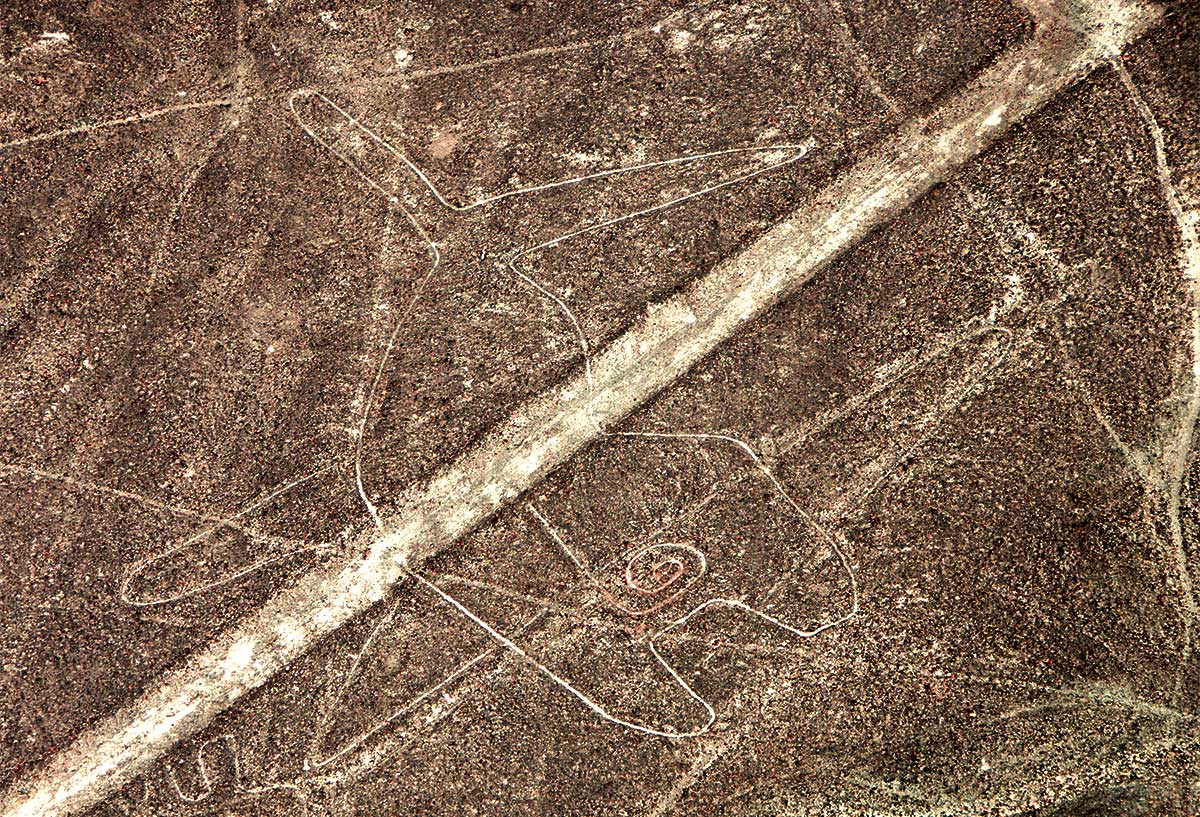 Some archeologists have put forward the idea that the purpose of those lines changed significantly over time. Initially they may have been used by pilgrims as ritual routes with later groups smashing pots at the intersections for religious purposes. 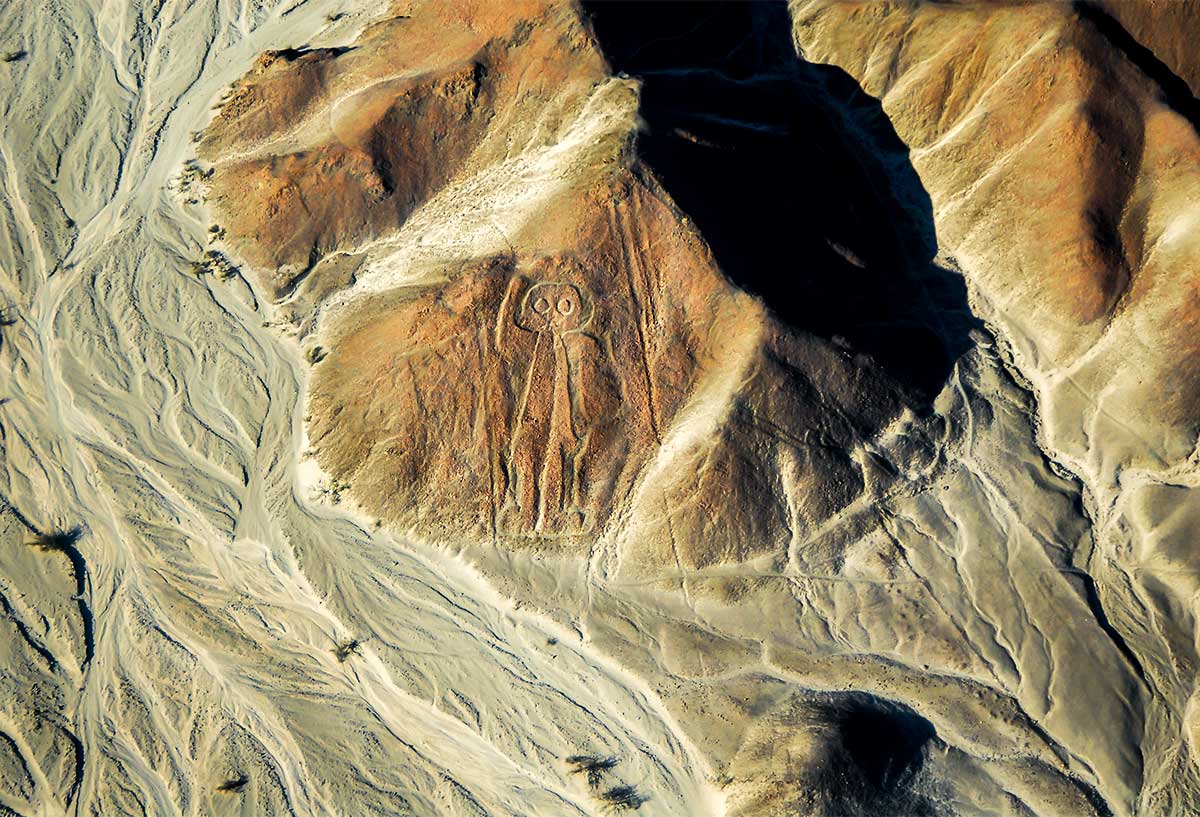 Some more dubious hypotheses state that the lines were possibly created with the help of extraterrestrial visitors. One of the most famous Nazca geoglyph’s is known as ‘the Astronaut’ and is used by some proponents of the ancient alien hypotheses as evidence. Mainstream archeology has denounced those ideas, citing the often very weak to almost non existing ‘proof’ of the alien astronauts as insufficient. 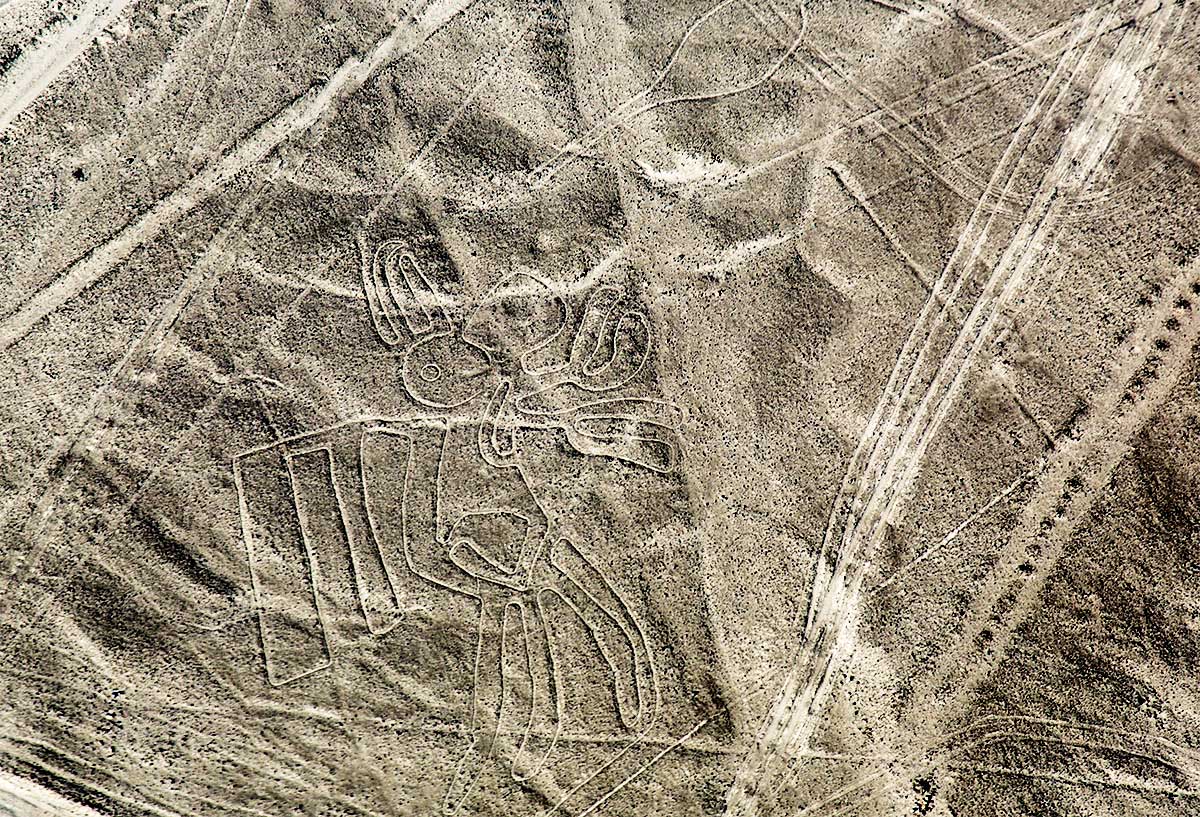 The lines have survived remarkably well thanks to the incredibly dry climate, though in 2009 the Nazca geoglyphs suffered their first recorded instance of rain damage. Water flowing off a nearby highway spoiled one of the hand shapes. In 2018 a truck driver drove onto a portion of the Nazca lines creating deep scars onto the ancient site. 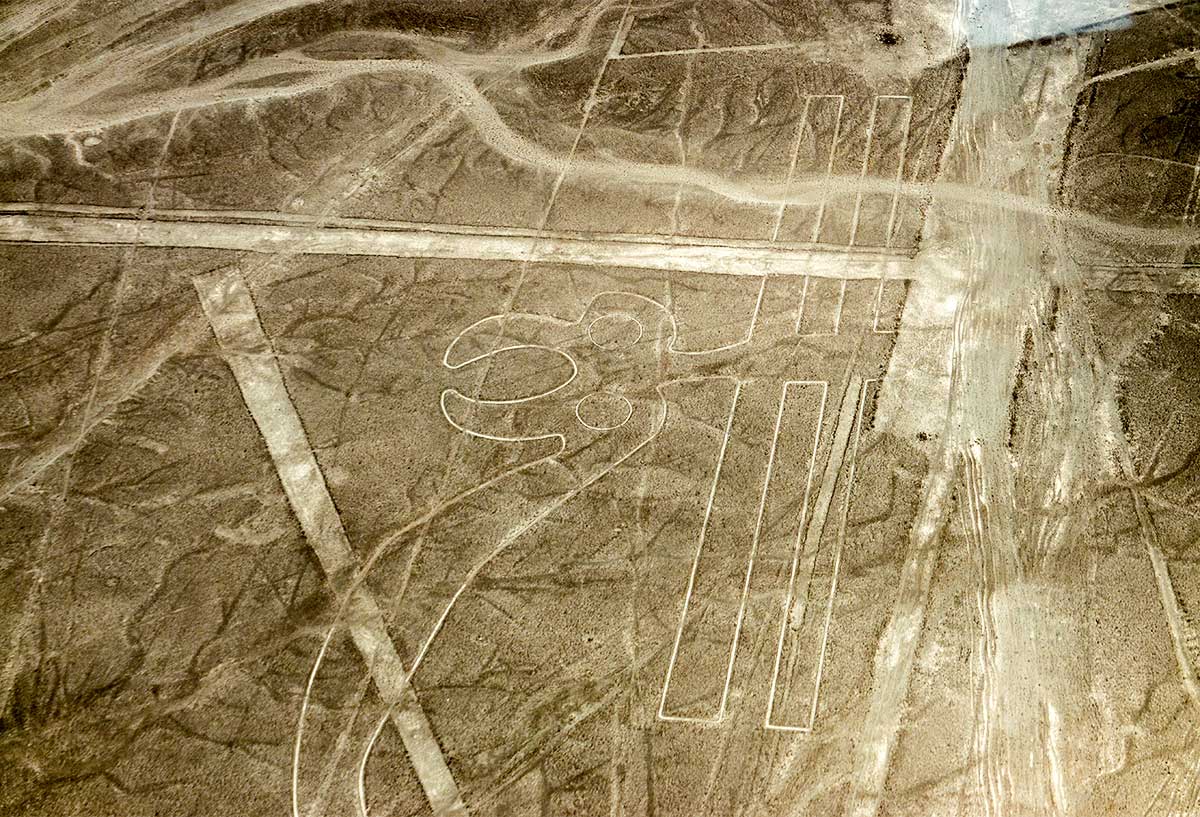