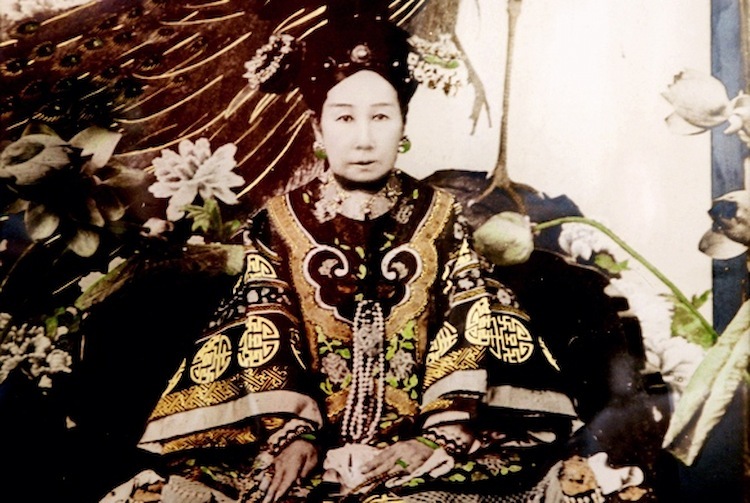 While Queen Victoria ruled half the world on the British throne, another powerful woman reigned on the other side of the world: Empress Dowager Cixi. Active from the 1860s into the 1900s, Cixi was a formidable figure in imperial China, effectively ruling the Qing dynasty’s government for almost half a century. She remains one of the most powerful women in Chinese history.

As the mother and adoptive mother of two underage Chinese emperors, Cixi acted as regent to them and later continued to exert significant influence over China after they had formally assumed power as emperor. She would go to great lengths to maintain her political influence: she staged coups, ousted many of her opponents and may have even poisoned her nephew, Emperor Guangxu, just before she died herself.

Cixi is also remembered as a powerful and at times open-minded ruler, who was willing to open China to new ideas from the West, and in doing so, helped to usher the country into the modern age.

She was born into nobility

Cixi was born in 1835 to a family of Manchu government officials. When she was 16, she was selected from a small group of candidates to become the wife of Emperor Xianfeng, who reportedly chose her for her cleverness.

Unlike the other Manchu women in the imperial household, Cixi could read and write Chinese, which granted her numerous opportunities to support the emperor in the governing of China. As a result, she became well-informed about state affairs.

Though she was graded third rank amongst the court concubines, her standing improved to consort when she gave birth to the emperor’s only son, future Emperor Tongzhi, in 1856.

China was in trouble 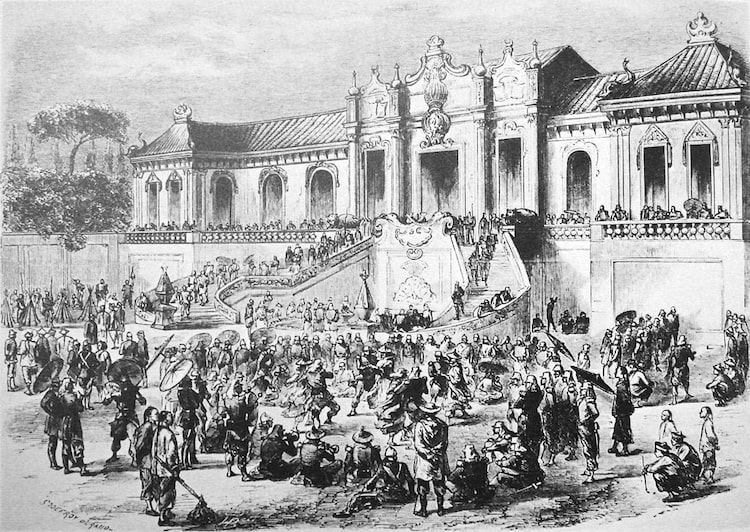 Looting of the Yuan Ming Yuan of the Old Summer Palace by Anglo-French forces in 1860. Drawing by
Godefroy Durand in L’Illustration, 22 December 1860.

By the mid-19th century, the once-mighty empire of China was declining: the country had suffered famines, a bleeding treasury and natural disasters, while the Taiping Rebellion, started in 1850, would go on for more than 10 years and cost millions of lives. In addition, foreign powers began to take an interest in the empire. Cixi therefore began to offer Emperor Xianfeng advice.

In September 1860, towards the end of the Second Opium War, British and French troops under the command of Lord Elgin attacked Beijing and burned down the magnificent Old Summer Palace. Upon learning this, Emperor Xianfeng, who was already showing signs of dementia, fell into a deep depression and died.

Upon Emperor Xianfeng’s death, the six-year old Tongzhi became emperor via a regency council of eight elder officials. A few months later, Cixi, along with the late emperor’s brother Prince Gong, gathered enough supporters to engineer a coup: they executed three of the eight regency council members and assumed power. This marked the beginning of Cixi’s extraordinary career.

The new government revitalised the country

With Gong and Cixi as regents, the government entered a period of reform and revitalisation. The Taiping Rebellion was finally quelled, as was the Nian Rebellion in the north. Schools were created for the study of foreign languages, modern customs services were implemented, and the first Chinese foreign service office was installed. In addition, efforts were made to put an end to government corruption and skilled government workers were recruited. 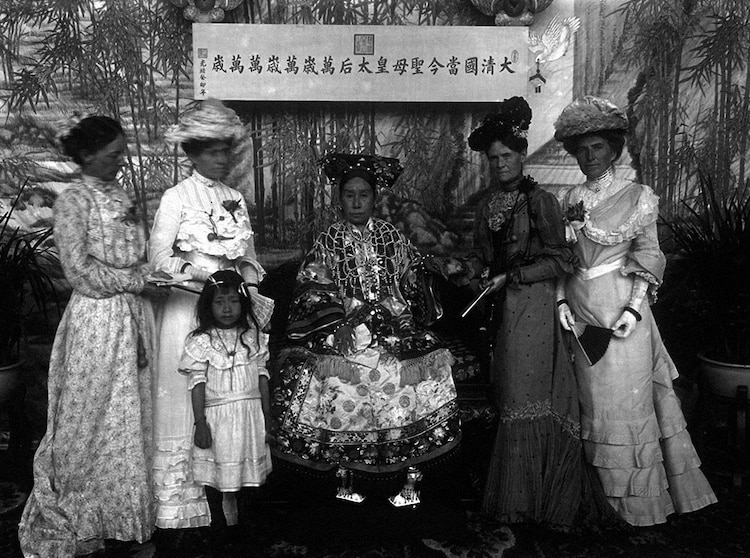 Empress Dowager Cixi in 1903. Holding her hand is Sarah Pike Conger, wife of the American minister to Qing Dynasty China. The Empress had invited the wives of the diplomatic corps to a tea in the Forbidden City, for the first time in Imperial Chinese history.

This was a pattern that was to repeat throughout Cixi’s reign. Over the course of her leadership, the Chinese empire began to achieve nearly all of the attributes of a modern state. Under Cixi, the country benefitted from the arrival of railways, electricity, telephones and telegraphs, Western medicine and a modern-style navy and army.

Even when her regency ended in 1873 when Emperor Tongzhi came of age, Cixi’s involvement in China’s governance continued. Upon Tongzhi’s premature death in 1875, Cixi adopted her three-year-old nephew Zaitian and had him named as the new heir, Emperor Guangxu.

Upon the death of Empress Dowager Ci’an, Cixi soon became the sole regent, until she retired in 1889 after Emperor Guangxu came of age and formally assumed power.

In 1898, during the Hundred Days’ Reform, Emperor Guangxu attempted to implement modern reforms in China, which were viewed by many as too radical. Along with other conservative ruling elites, Cixi once again engineered a successful coup, reversed the reforms and regained the regency.

She is suspected of poisoning Guangxu

In 1908, Cixi was very ill. Nearing her death, she is thought to have poisoned Emperor Guangxu because she was afraid he would reverse her policies after her death. Studies in 2008 confirmed that the emperor did indeed die of arsenic poisoning, though speculation remains as to his killer.

Cixi chose the son of her nephew’s brother, little Puyi, as Guangxu’s successor. By appointing a child again, she hoped to continue her pattern of ruling China as regent. However, she died just one day later.

Four years after Puyi was crowned emperor, Qing dynasty officials forced the abdication of Puyi, thus ending the Chinese imperial era. A new chapter was about to begin: the Republic of China.

She remains one of the most powerful women in Chinese history 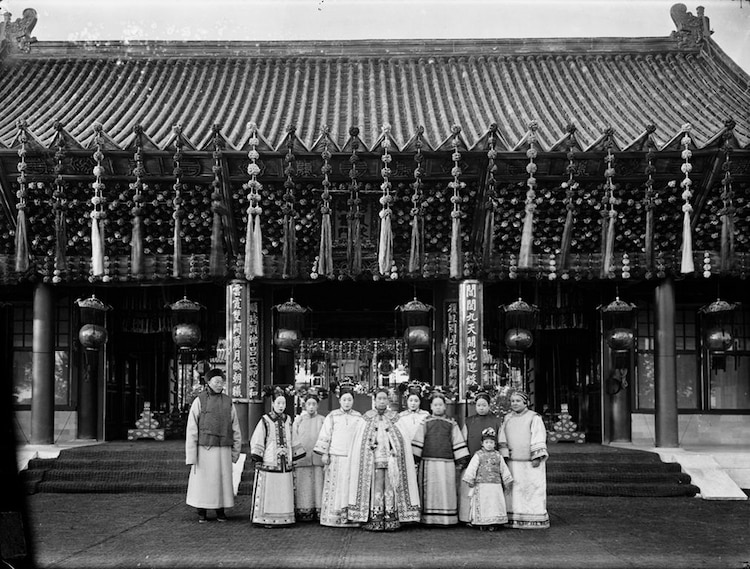 Empress Dowager Cixi (front middle) poses with her court attendants and the Guangxu Emperor’s empress (second from left), who was also her niece. Photographed in 1902.

However, Cixi’s legacy is not just confined to her conniving and possibly murderous manoeuvres for power. She also enjoyed the arts and modern inventions. One of her passions was the famous Peking opera, so she had special and highly-complex theatres built as a result.

She also enjoyed Western commodities and inventions such as clocks and cosmetics, and she had a telephone installed at the New Summer Palace. She even went as far as issuing an anti-foot binding edict in 1902, though it was soon reversed.

Cixi’s life was certainly remarkable. Though she was confined to the harem and often had to speak to government officials from behind a screen, for 37 of the 50 years Cixi spent in the Forbidden City, the emperors were minors and therefore under her control. 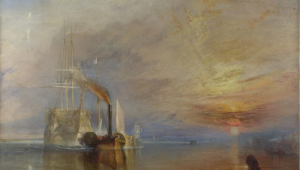 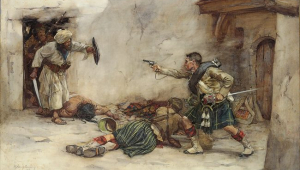 Why Did the British Invade Afghanistan a Second Time? 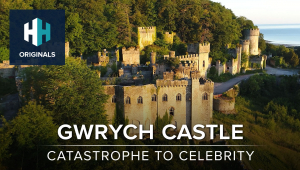 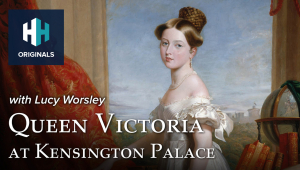 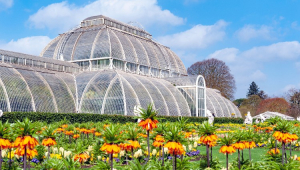 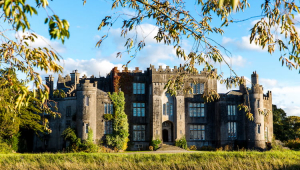