Why Did Parliament Challenge Royal Power in the 17th Century? | History Hit 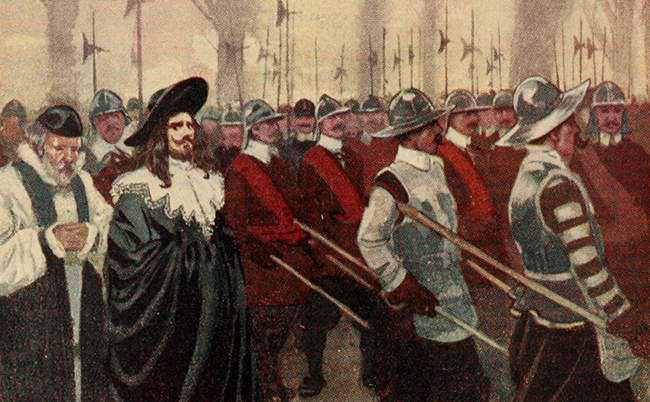 The attempted arrest of the radical elements in Parliament, or "Five members" by Charles I in 1642. Painting in the Lord's Corridor, Houses of Parliament, by Charles West Cope. Credit: Commons.

The 17th century saw a vicious attack on the king’s prerogatives, and to understand why that happened, we need to look at several different factors.

There had been something in the water for a long time

It really goes back to when Elizabeth became Queen, because English Protestants did not think that women should rule. They felt there was a biblical imperative against female rule. So how did they justify the fact they have a queen?

They argued that the sovereignty didn’t really reside in the person of the monarch. It resided in Parliament. It was all part and parcel of the same thing.

The threat to Parliament

But then at a key time in 1641, a more radical change occurred.

First of all, there had been a real danger to Parliament from Charles because if he can raise his own taxes, if he can support himself without Parliament, it was very possible there would be no Parliament.

In France, the last Parliament was called in 1614. It had been awkward about taxes and it wouldn’t be recalled until late in 18th century, imminently before the French Revolution. 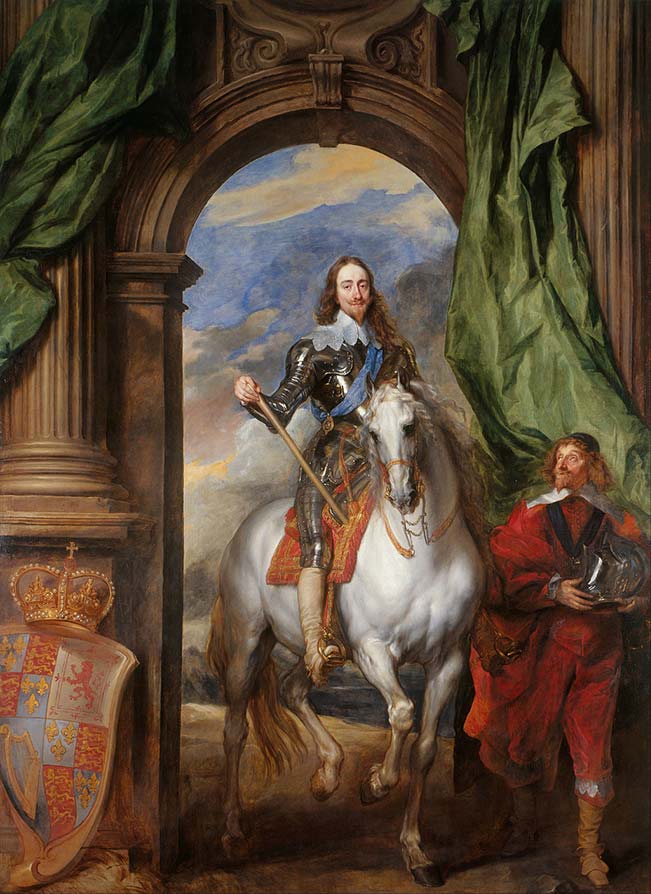 This is a counterfactual, but it is difficult to say whether Charles would have been forced to call Parliament had the Scots, or the Covenanters, not invaded England. That Charles hadn’t called Parliament was unpopular, but that doesn’t necessarily mean he would have called it.

It’s difficult to know because the English were extremely attached to Parliament but it’s possible that over a passage of time, people would have forgotten. I think if they were sort of comfortable, if they had money in their pockets, then who knows?

Another possible eventuality might have seen Charles or one of his sons feeling that they could recall Parliament. Then things could have got back on an even keel because, actually, Parliament did serve a very useful purpose.

When a king worked with Parliament, he had the country with him, which is obviously extremely helpful.

One royalist said that,

“No king in the Orient was as powerful as an English monarch working with his Parliament.”

Just look at the Tudors, look at what they did. The dramatic religious change, they used Parliament to help them do that.

The arrest of the Five Members

Parliament agreed to help finance an army to defend them from this Scottish Covenants Army, but they also demanded all sorts of concessions from Charles.

It’s the failure to get through this crisis that leads ultimately to his death, during this terrible period over the winter of 1641 to 1642.

He puts out an order in December, ordering all MPs to return to Parliament, because Parliament was then packed with radical MPs.

All those more moderate MPs are in the countryside because London is full of mobs, which have been raised by the more radical elements. These mobs kept the other MPs away.

Charles wants the moderate MPs to come back essentially so he can then crush the radical opposition and all will be fine and dandy. So he orders the MPs to return before 30 days are up.

But it all goes pear shaped.Charles is driven out of London after 28 days and doesn’t return until his execution. It goes horribly wrong.

He’s driven out of London following his attempt to arrest the members in the House of Commons. But they aren’t there.

He burst into the House of Commons to arrest the five members, the five radical MPs who the King believed had encouraged the Scots to invade, and history hasn’t been kind to him about that. 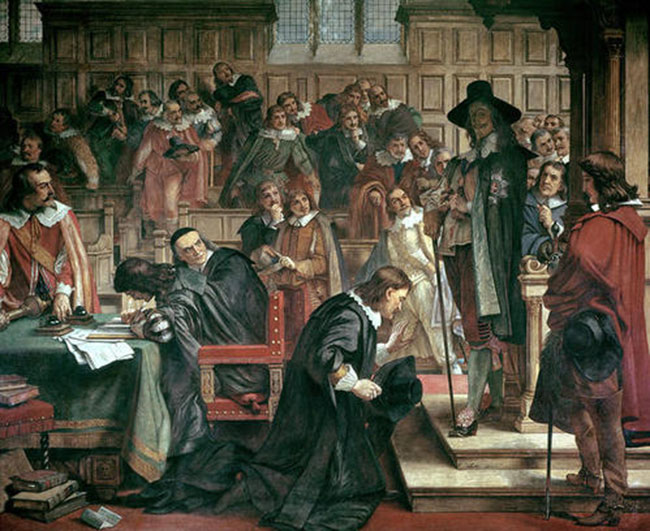 The attempted arrest of the “Five members” by Charles I in 1642, painting in the Lord’s Corridor, Houses of Parliament, by Charles West Cope. Credit: Commons.

But, at the same time, he wasn’t entirely wrong. A number of them were traitors, but unfortunately he didn’t succeed and just ended up making an ass of himself and having to flee London.

He flees London, which is a strategic setback, and raises the standard in Nottingham.

The road to war

It is clear that, once he leaves London, Charles is going to return at the head of an army, although I think both sides try to pretend it’s all going to be fine, that it will all be sorted out somehow.

Behind the scenes, both were attempting to generate support. Henrietta Maria, Charles I’s wife, goes to Holland and talks with Charles’s chief diplomats and arms buyers in Europe.

Parliament and Royalists alike spend the following months going around the villages of England raising men and looking for support.

I don’t think compromise was possible at this stage. Both sides believed that they would all begin and end with one great battle.

The cult of the decisive battle has got soldiers in trouble throughout history. 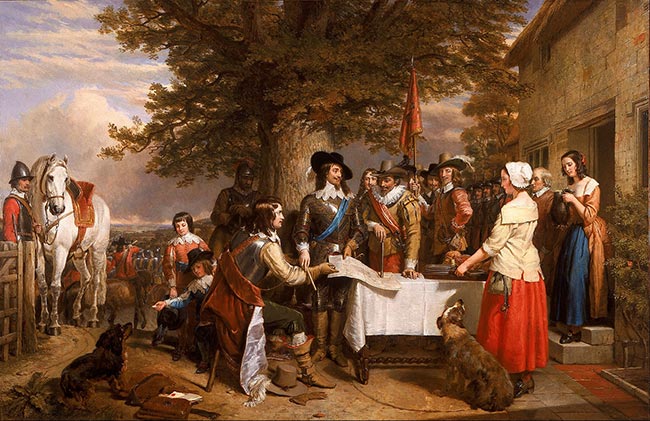 The Eve of the Battle of Edge Hill, 1642, by Charles Landseer. King Charles I stands centre wearing the blue sash of the Order of the Garter; Prince Rupert of the Rhine is sat next to him and Lord Lindsey stands next to the king resting his commander’s baton against the map. Credit: Walker Art Gallery / Commons.

Charles was unwilling to compromise with Parliament and one of the fundamental sticking points just before the fighting started was about the militia.

Parliament wanted to take from him the right to raise the militia. The English needed to raise an army to deal with the Catholic rebellion in Ireland.

The question was: who was going to be in charge of this army?

Technically that would be the king. But, obviously, the opposition didn’t want the king in charge of this army. So there was a big riot about that.

Charles said that this was a power he wouldn’t even give to his wife and his children. He certainly wasn’t going to give the right to raise the militia to Parliament. That was really the sort of major sticking point at that particular time.

This is heady stuff. The idea that you could refuse to allow the king to command and lead an army in a war was contrary to historic norm, since that was the first duty of a sovereign in this period. 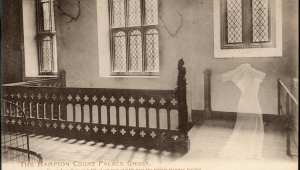 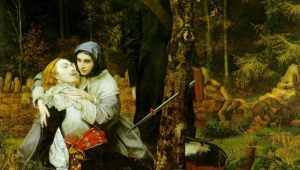 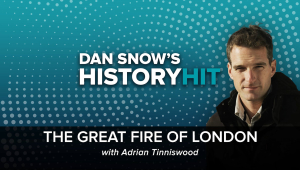 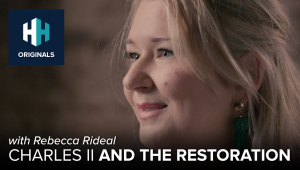 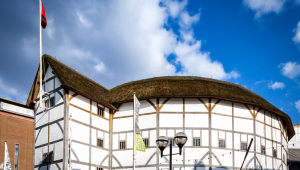 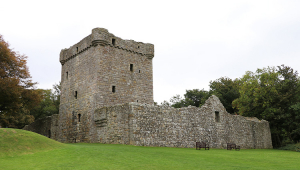