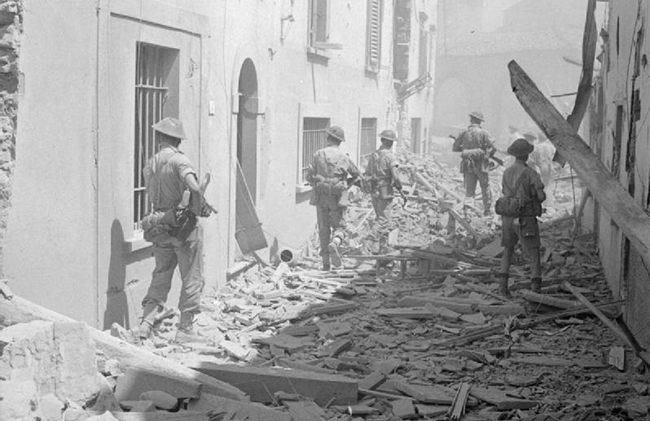 The Italian campaign of September 1943 was a complicated operation, focusing around landing at the foot of Italy and advancing up coastal roads towards Rome.

The Germans did not concentrate forces on resisting the landings on the beach. But that was a deceptive move; the German plan was to let the Allies land and move into a beachhead before then hitting them from every direction with counter-attacks.

This plan for Italy was unlike the Germans’ plan to counter the Allies’ D-Day operation the following year. In Normandy, the Germans intended to kill the Allies on the beach, and if you look at the way their defences were set up there then it’s clear that that’s what they were designed to do – stop troops landing and destroy them as they land.

In Italy, the Germans didn’t have the luxury of coastal fortifications and there were very few prepared defences. There was nothing like the sort of infrastructure that you might expect.

While some of the landings were relatively unopposed, however, there was still heavy fighting and the worst casualties were in the south, where a Texan division landed.

The Americans encountered very stiff resistance there and suffered substantial casualties. This escalated to a point where US General Mark Clark, the commander of the operation, began to waver and thought about actually pulling men back.

Gradually, however, the Allied forces linked up and the Germans were pushed back, and that’s when the German commander, Albert Kesselring, decided to use the Italian countryside and the terrain in order to slow the Allies down.

The Germans set out to build a defensive line and to stop the Allies on the road to Rome.

The fighting on that defensive line, known as the Gustav Line, became synonymous with the bitter fighting at the monastery of Monte Cassino, which was brutal and saw heavy casualties on both sides.

The line was a long section cutting right across Italy. A later excavation of the area turned up fortifications akin to World War One defences, including bunkers, machine gun nests, mortar pits, trench systems, dug-in tank turrets and so on.

All of that was being prepared as the Allies pushed out of the Salerno bridgehead. The Germans blew up every bridge on every river, and used mountain passes, the terrain and rivers to slow the Allies down.

Italy was a campaign of rivers, to the point where the published history of the Royal Engineers in World War Two has a separate volume for bridging during the Italian campaign. 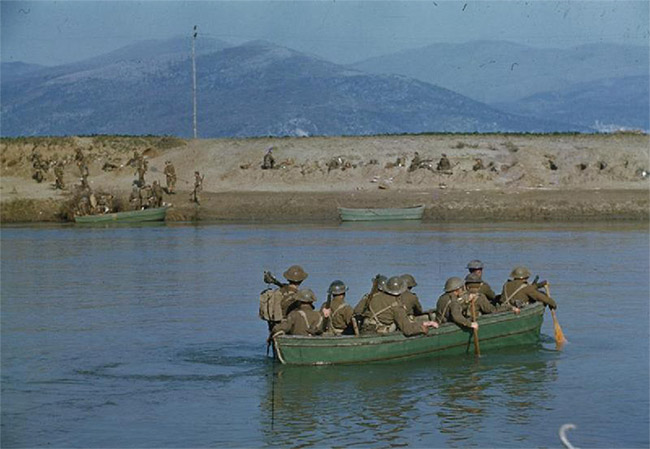 It was a fierce battle in Italy, not just in terms of the German troops the Allies were up against, who were often of a very high calibre in terms of ability and equipment.

The terrain also made fighting incredibly difficult. Nothing like it was ever experienced by British and Commonwealth troops in France.

There was fighting in the mountains, fighting in positions where you couldn’t dig in because it was so rocky, fighting in really extreme cold, and in terrible mud as in World War One – similar to Passchendaele and the Somme, for example.

The veterans also suffered a psychological blow after the campaign, because they felt forgotten. There was this lady, Esther, who came out with the phrase, “D-Day dodgers”.

But many veterans of the campaign wear that phrase as a badge of pride. They all know how tough it was. 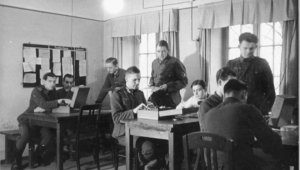 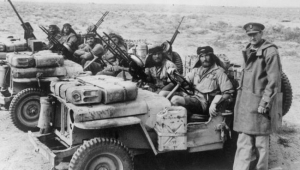 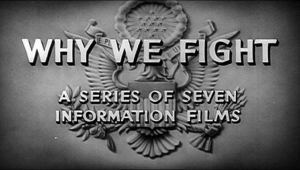 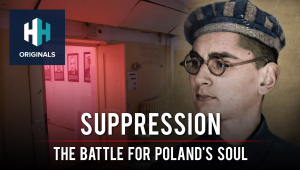 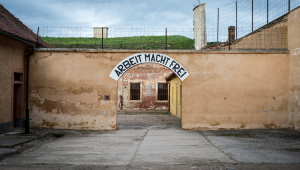 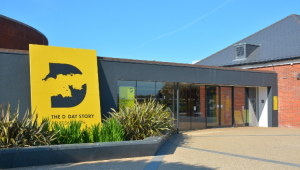