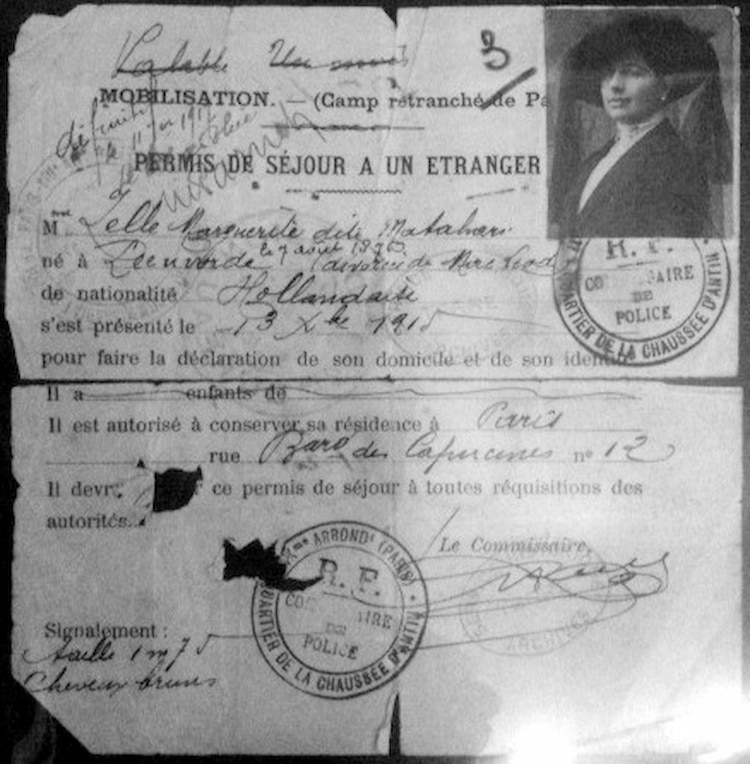 Whilst the history of espionage is often dominated by men, women have also played a vital role. Female spies and secret agents completed some of the most daring and duplicitous missions in history, using everything in their power to gain information, and risking it all for a cause – or causes – they believed in.

From the English Civil War to the Second World War, here are 6 of history’s most remarkable female spies who risked their lives in order to gather and pass on intelligence.

One of, if not the most famous female spy of all time, Mata Hari was an exotic dancer and reportedly a German spy in World War One. Born in the Netherlands, she married a Colonial Captain of the Dutch Army and spent time in the Dutch East Indies (now Indonesia), before fleeing her abusive husband and ending up in Paris.

Penniless and alone, she began to work as an exotic dancer: Mata Hari was an overnight success. Posing as a Javanese princess, she quickly became the mistress of millionaire industrialist Émile Étienne Guimet and as time went on, she effectively became a courtesan, sleeping with many high-profile, powerful men.

Following the outbreak of the First World War, Mata Hari was allowed to travel freely as a Dutch citizen. After her Russian lover was shot down, she was told by the Deuxième Bureau (France’s intelligence agency) that she would only be permitted to travel to see him if she agreed to spy for France. In particular, they wanted her to seduce Crown Prince Wilhelm, son of the Kaiser, in order to try and gather information.

In 1917, communications from Berlin were intercepted which revealed Mata Hari was a double-agent who was in fact also spying for the Germans. She was quickly arrested and put on trial, accused of causing the deaths of thousands of French soldiers through her actions.

There is scant evidence that Mata Hari provided anything other than French society gossip to the Germans and many now consider her to have been used as a scapegoat for French wartime failures. She was executed by a firing squad in October 1917.

Virginia Hall was an American: highly educated and a talented linguist, she travelled to Europe to study in France, Germany and Austria before finding a job in Warsaw in 1931. A hunting accident in 1933 led to her leg being amputated, and this (along with her gender) prevented her being employed as a diplomat by the United States.

Hall volunteered as an ambulance driver in France in 1940 before joining the SOE (Special Operations Executive) in April 1941. She arrived in Vichy France in August 1941, posing as a reporter for the New York Post: as a result, she could gather information and ask questions without arousing too much suspicion.

As one of the first women of the SOE in France, Hall was something of a pioneer, founding and recruiting a network of spies on the ground, passing information back to the British and helping Allied airmen evade capture. Hall quickly developed a reputation as one of the most dangerous (and most wanted) intelligence agents: she was nicknamed ‘the lady who limped’ by the Germans and the French who never discovered her true identity.

Hall escaped Nazi-occupied France by trekking over the Pyrenees to Spain on her prosthetic leg, and went on to work for the SOE’s American counterpart, the American Office of Strategic Services. She was the only civilian woman in the war to be honoured with the Distinguished Service Cross for “extraordinary heroism.”

Jane Whorwood was a Royalist agent during the English Civil War. Born into the fringes of the royal court, Whorwood married in 1634: on the outbreak of war, her husband fled to the continent, leaving Jane and their children at home in Oxford.

Oxford became the Royalist capital during the Civil War and Jane’s family were loyal to the Crown. Through their networks in the area, they successfully began to gather money, smuggle gold and pass intelligence from the king to his supporters around the country.

It is in part thanks to Jane’s actions that the Royalist cause had sufficient funds to fight for as long as it did: she even went as far as to embezzle funds from Parliament. She was also involved in attempts to smuggle Charles I to Europe following his imprisonment on the Isle of Wight. She was even briefly Charles’ mistress.

Jane’s activities went unacknowledged in her lifetime. It seems that Parliamentarian forces never discovered her Royalist sympathies, and she was never rewarded by Charles II following the Restoration in 1660. She died in relative poverty in 1684.

Notoriously coy about her past, it’s believed Anne interviewed locals and refugees about German movements on the front line and reported back to officers at the Dutch border. Whilst not sounding that dangerous, a British citizen caught doing covert work in German-occupied territory would have almost certainly been executed.

In 1920 she was awarded the insignia of a Member of the Most Excellent Order of the British Empire in the New Year’s honours and after the war she worked for the Inter-Allied Rhineland High Commission, although in exactly what capacity is unclear.

She lived in Eindhoven throughout the Second World War and thanks to courageous officials, she was never interned as an enemy alien: her name and place of birth were altered in official records to protect her. She died in 1989, just short of her 93rd birthday.

Elizabeth Van Lew was born in Virginia in 1818 to a family with abolitionist sympathies. On the death of her father in 1843, Van Lew and her mother freed the family’s slaves, and Elizabeth went on to use her entire cash inheritance to purchase and subsequently free the relatives of some of their former slaves.

When the American Civil War began in 1861, Elizabeth worked on behalf of the Union helping wounded soldiers. She visited them in prison, passing them food, helping with escape attempts and gathering information which she passed on to the military.

Elizabeth also operated a spy ring known as ‘Richmond Underground’, which included well-placed informants in the important Confederacy departments. Her spies proved extremely adept at gathering intelligence and she then put this into ciphers to smuggle out of Virginia: one of her favoured methods was to place the ciphers in hollow eggs.

Her work was regarded as extremely valuable, and she was appointed postmaster of Richmond by President Ulysses S. Grant after the war. Life was not always easy for Elizabeth: many Southerners regarded her as a traitor and she was ostracized in her community for her work. She was inducted into the Military Intelligence Hall of Fame in 1993. 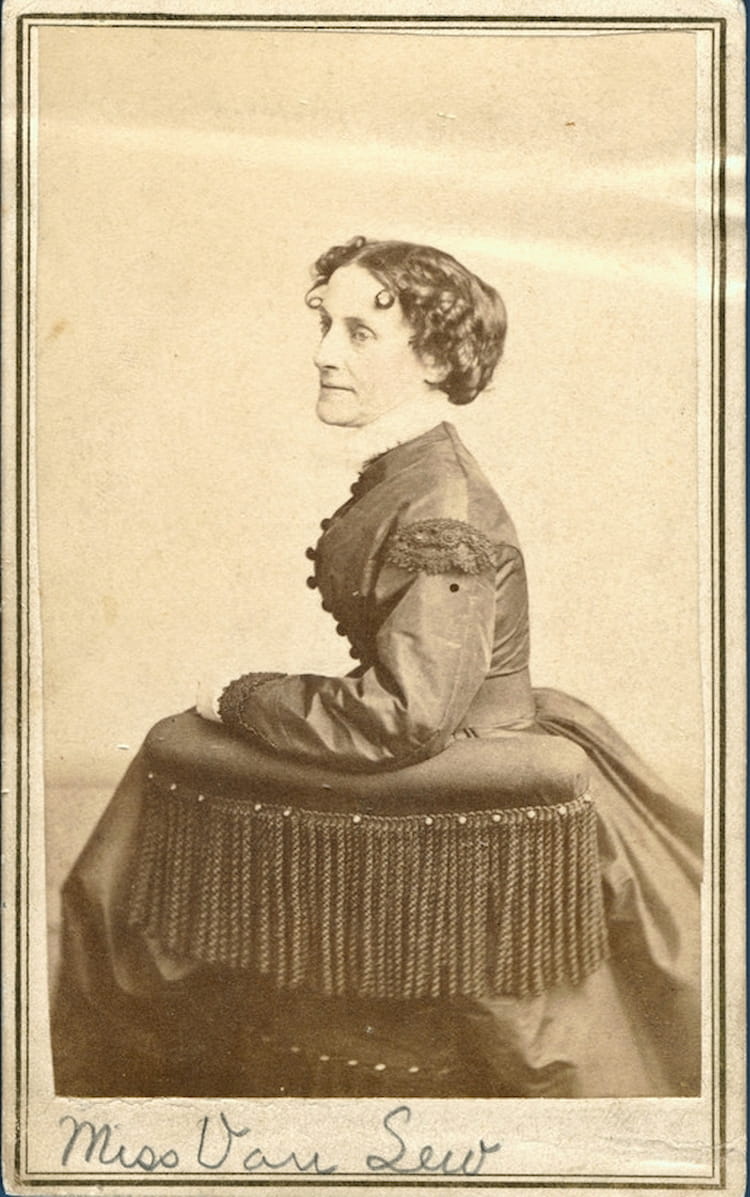 Elizabeth Van Lew (1818–1900) sits in profile for this albumen silver carte-de-visite portrait made by Philadelphia photographer A. J. De Morat

Violette Szabo was born in France but grew up in England: sent out to work aged just 14, she quickly became in the war effort, working for the Women’s Land Army, an armaments factory, as a switchboard operator and later Auxiliary Territorial Service.

After her husband was killed in action in October 1942 having never met his new daughter, Violette decided to train as a field agent in the SOE, who had recruited her. Nicknamed ‘La P’tite Anglaise’, she undertook a successful mission to France in 1944 where they discovered their circuit had been seriously damaged by German arrests.

Her second mission was less successful: she was captured by the Germans after a brutal fight and interrogated by the Gestapo but gave nothing away. As a valuable prisoner, she was sent to Ravensbrück concentration camp rather than killed outright.

Forced to do hard labour and live in squalid conditions, she was eventually executed in February 1945. She was posthumously awarded the George Cross in 1946: only the second woman to receive it. 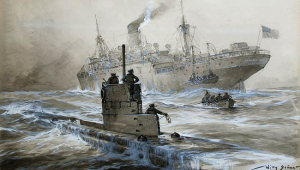 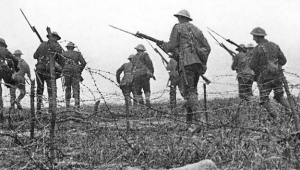 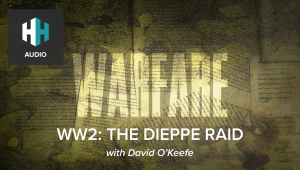 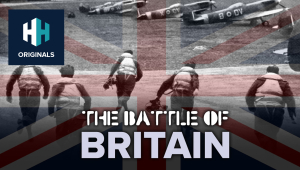 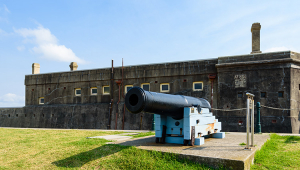